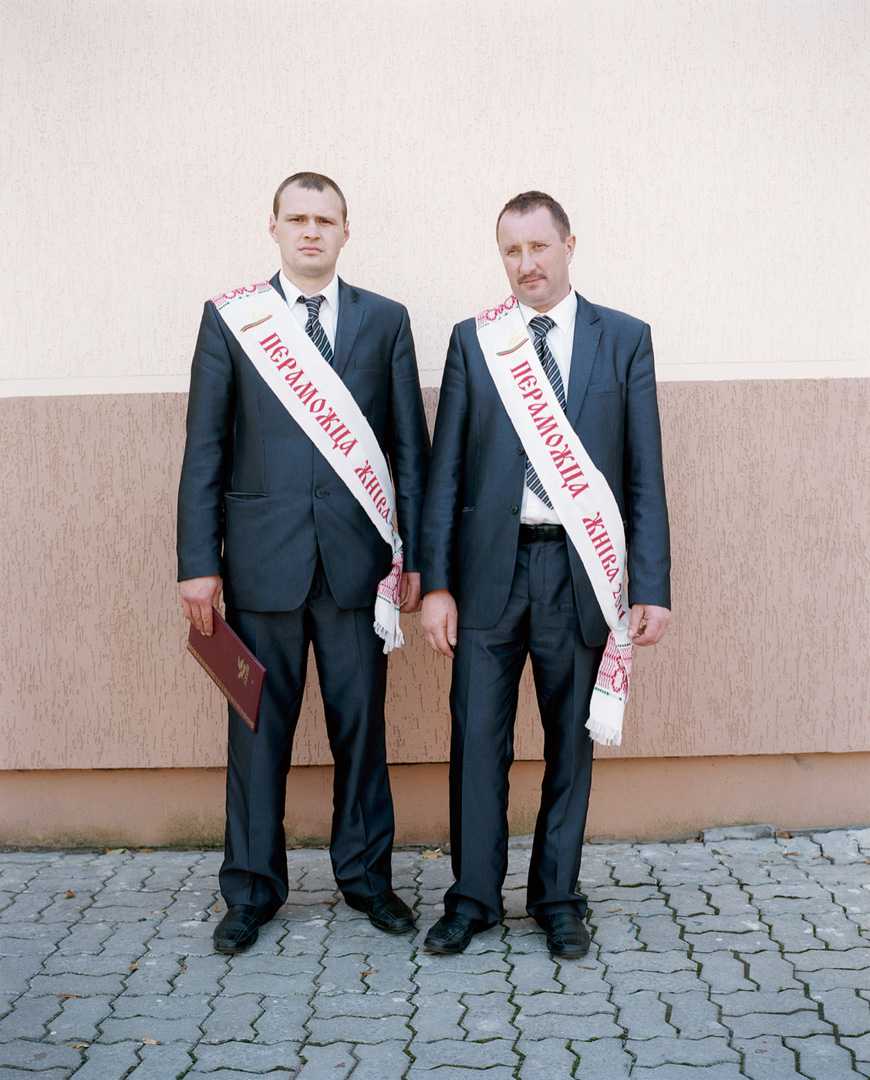 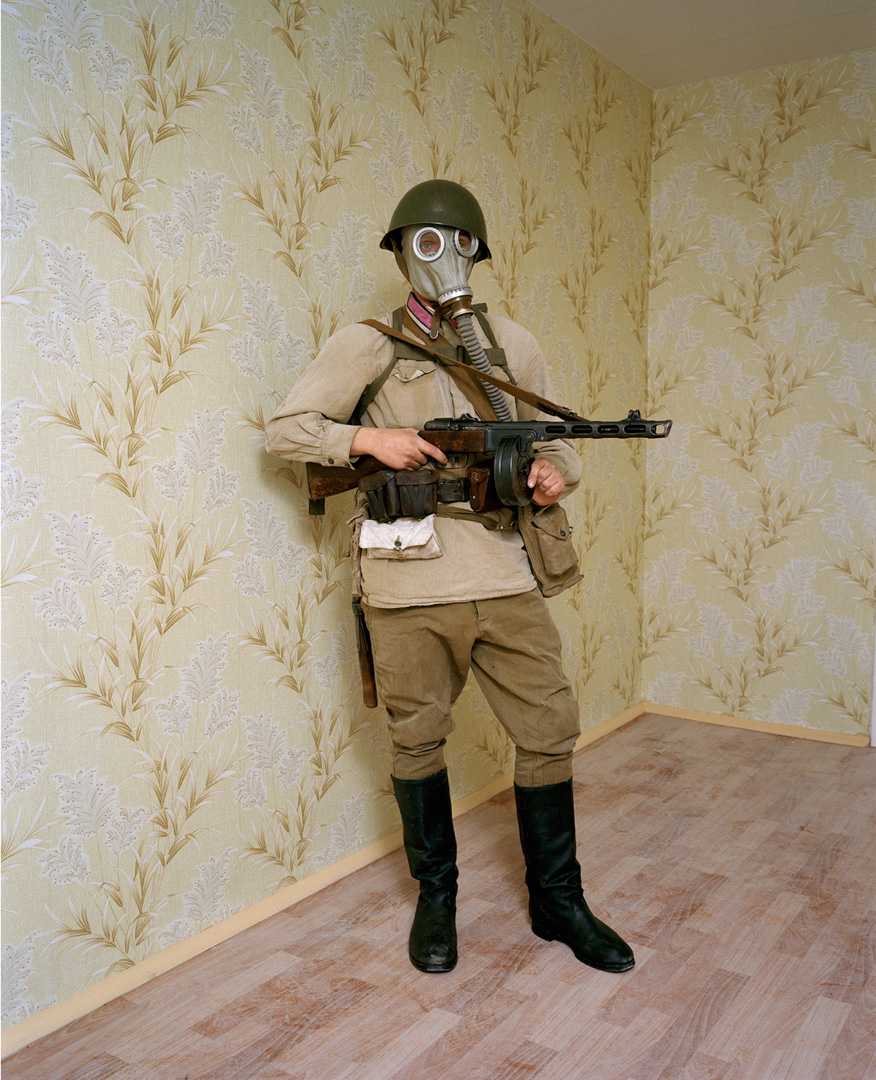 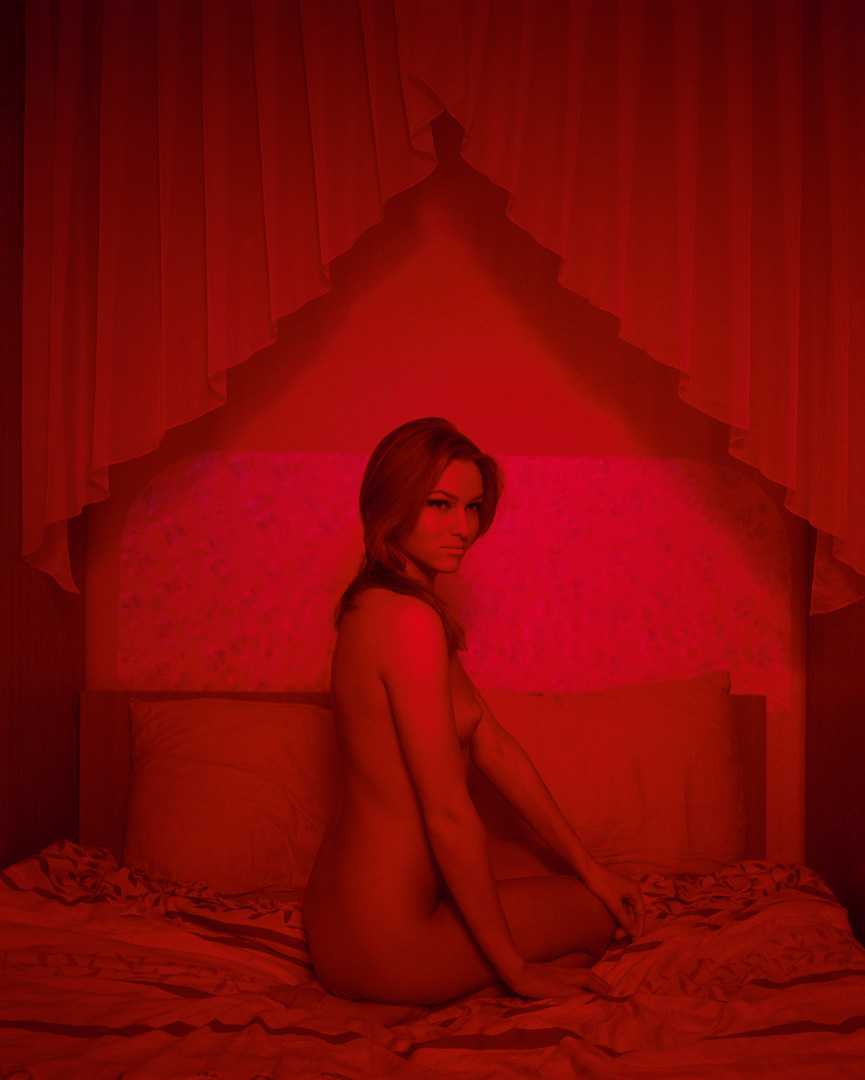 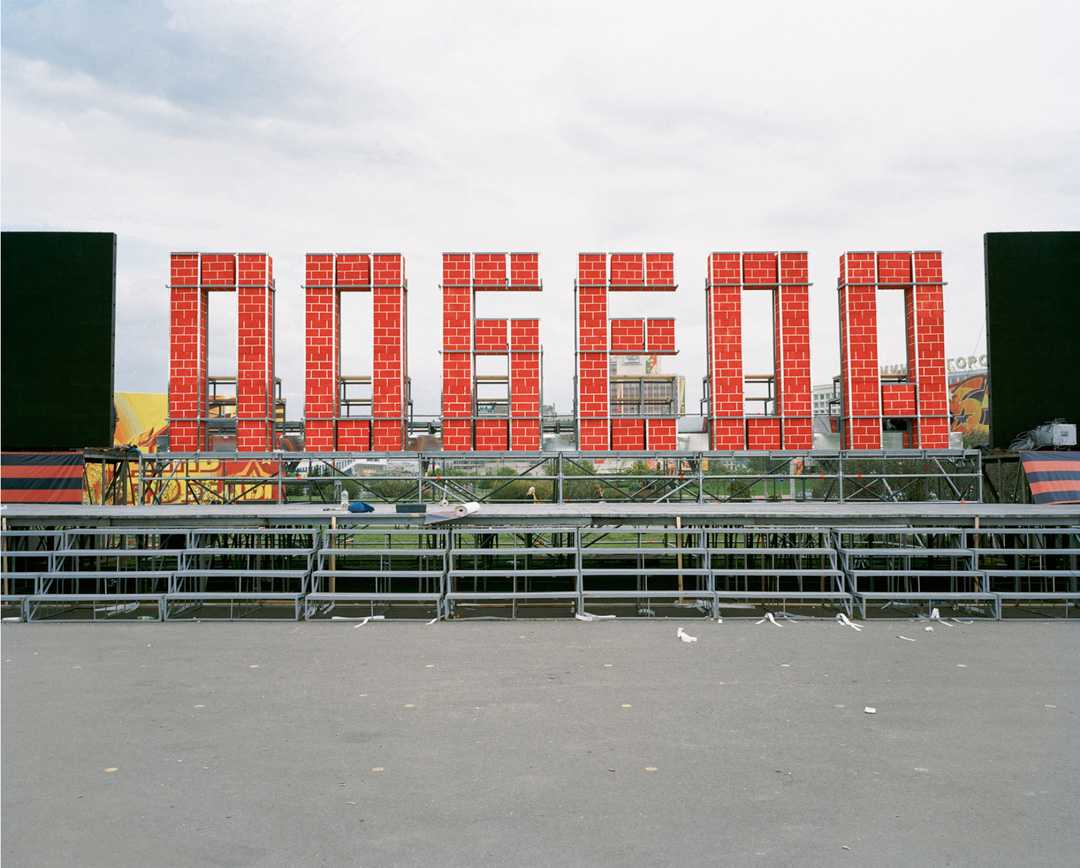 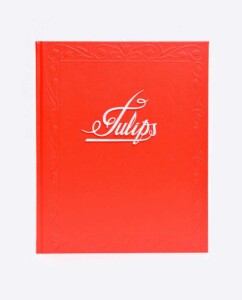 Tulips, Andrew Miksys’ (b. 1969, USA) latest book, is a study of the colours and national identity of Belarus. After his previous books, DISKO and BAXT, both set in Lithuania, Miksys (who is of Lithuanian descent) travelled to Lithuania’s neighbouring country Belarus – or, translated literally: ‘White-Russia’. Miksys travelled around Belarus during the years 2010-2015, photographing a wide array of topics connected to Belarusian identity, mostly during public holidays. In the course of those days of national(-ist) celebration, Soviet-styled parades are held to glorify Belarus’ illustrious past. In fact, Belarus’ history revolves around conflict, death and an attempt to forget what has been lost. In Tulips, the tension between a state sanctioned history and the gloomy consequences of the facts is visible throughout the book.

During World War II, Belarus lost a quarter to one third of their population. Only in 1971 did population levels once again reach their pre-war height. Being part of the Soviet Union, Russian influence in Belarus grew to such an extent that most Belarusians use Russian in their everyday lives instead of their native language Belarusian. Since 1994, Belarus has been under the authoritarian rule of Aleksandr Lukashenko, who assumed power with wide popular support after the USSR disbanded. Interestingly enough, during the time of Miksys’ study, in recent years, Belarus’ president has chosen to move away from Russian support towards a more nationalistic doctrine, speaking Belarusian instead of the more commonly used Russian.

Given the complexities of Belarusian history, Miksys carefully constructs his study of identity formation. Different themes come together in piecemeal fashion, highlighting the arbitrariness of a rather fluid concept like national identity. Following one narrative, Miksys photographs attendees of manifestations that glorify Belarus’ Soviet past, wearing decorations in army styled clothing. In another narrative, Tulips focuses on life behind closed doors for a different view on Belarusian identity: women posing in front of Miksys’ camera, wearing next to nothing. However, a bit of context is missing here: the reader does not get to know who those women are, nor what their stories are. This is a pity; although most of the narratives highlighted by Tulips speak for themselves, in this case it is unclear as to what the function of these women is in within the wider story of Tulips – and within Belarusian society more generally.

In an illuminating afterword by Belarusian writer Laimonas Briedis, the different colours are given their symbolic meanings. White, for instance, is the loss of the past; the erosion of memory. Red, the colour of struggle and the colour of the tulips present at the bombastic military parades. And, in line with Belarusian history, black is the colour of war.

The attention with which colours and symbolisms are used to unravel the complexities of Belarusian identity formation is what make Tulips special. Also, the rather ostentatious appearance of the book itself, an excellent design by Claudia Ott, helps thematising the complex process that shapes the way in which history is experienced in Belarusian society – wavering between the hollowness of the official state-sanctioned story and the experiences of Belarusians living under authoritarian rule.

Tulips: Belarus in Blush has been published in an edition of 1000 and is available directly from the artist.