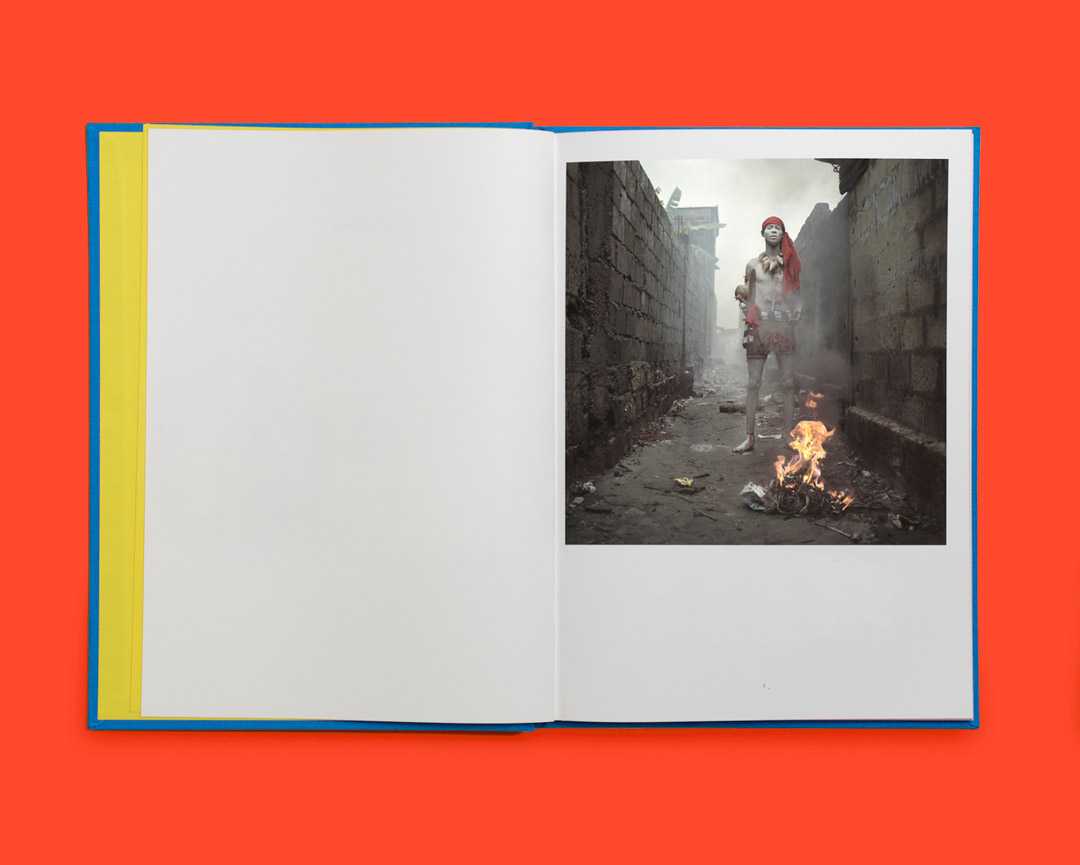 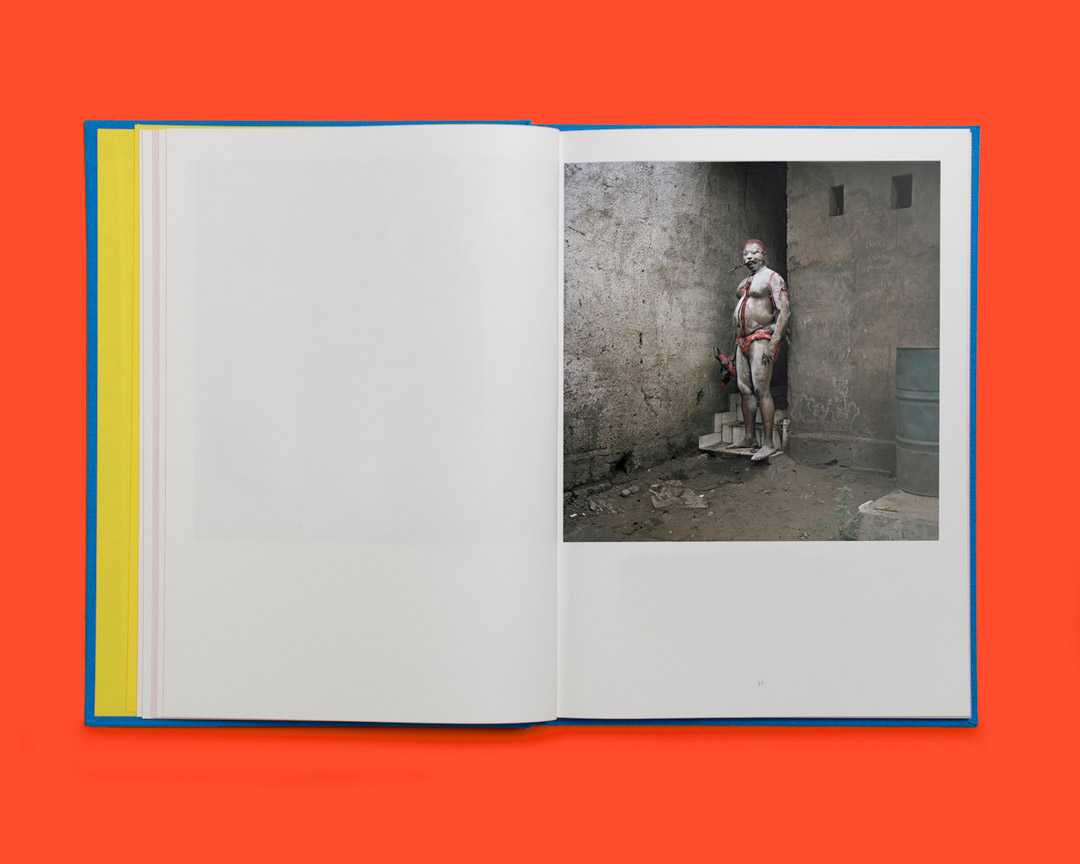 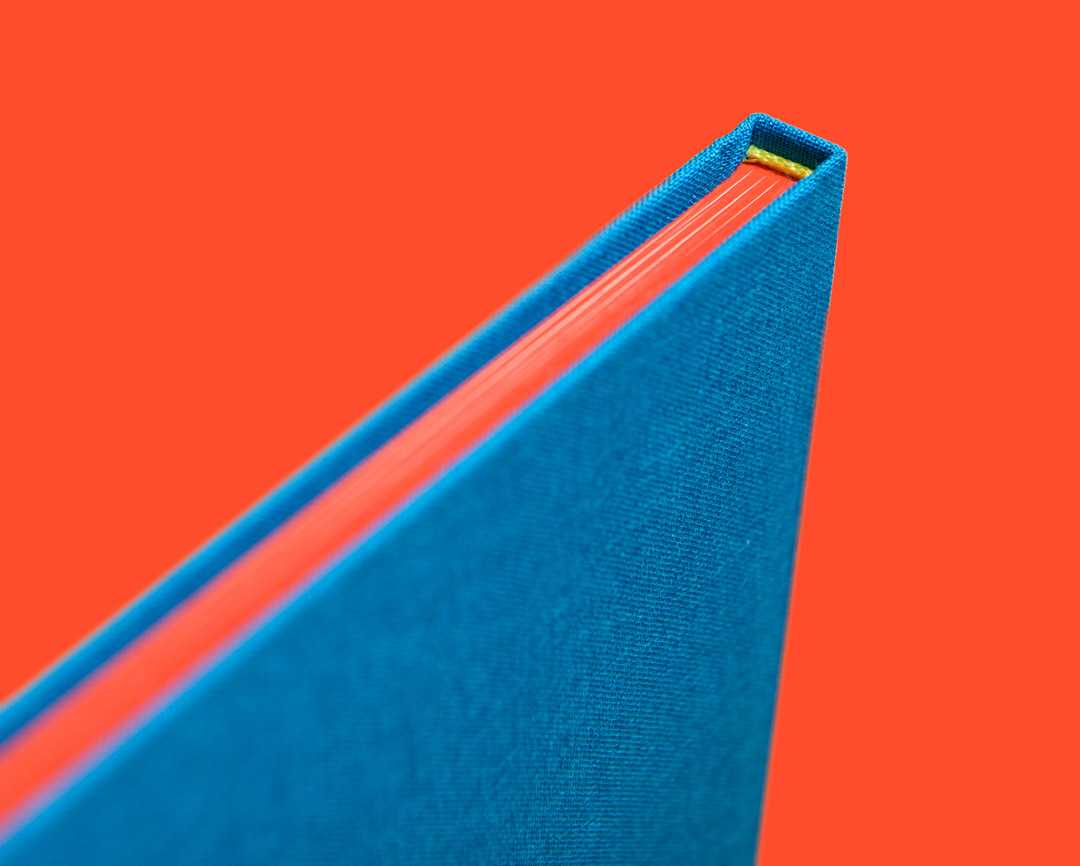 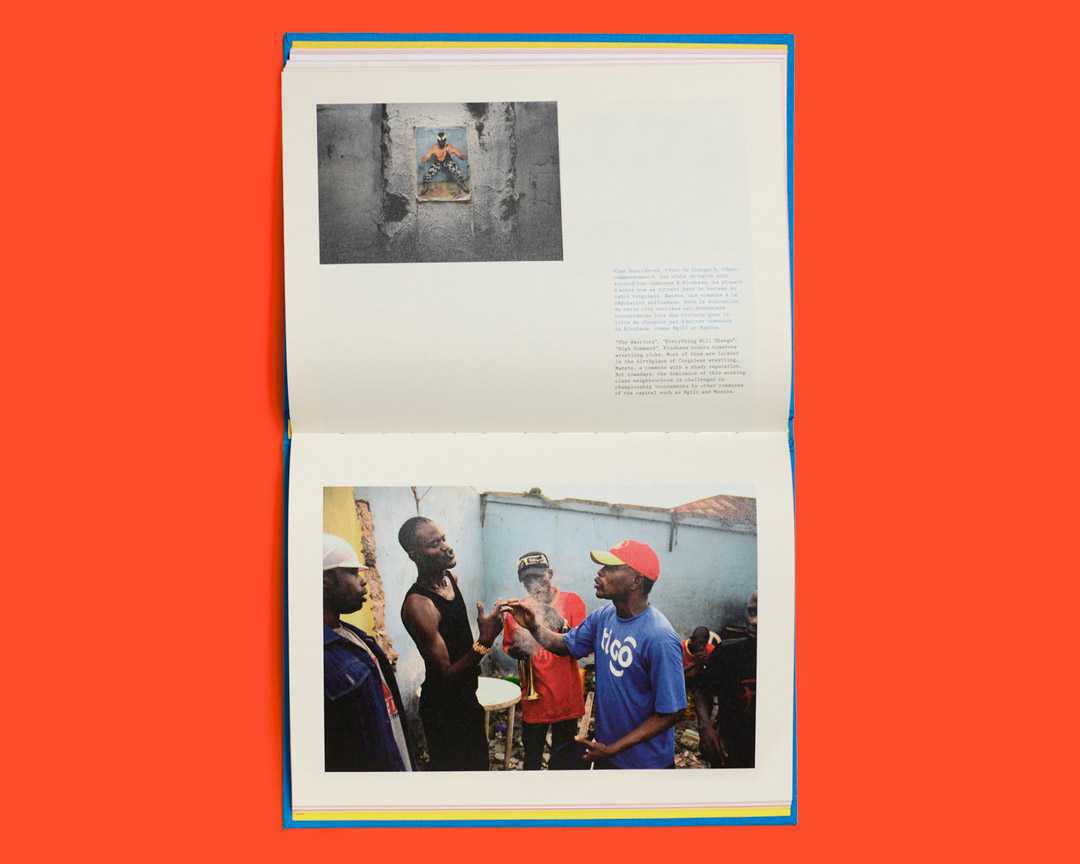 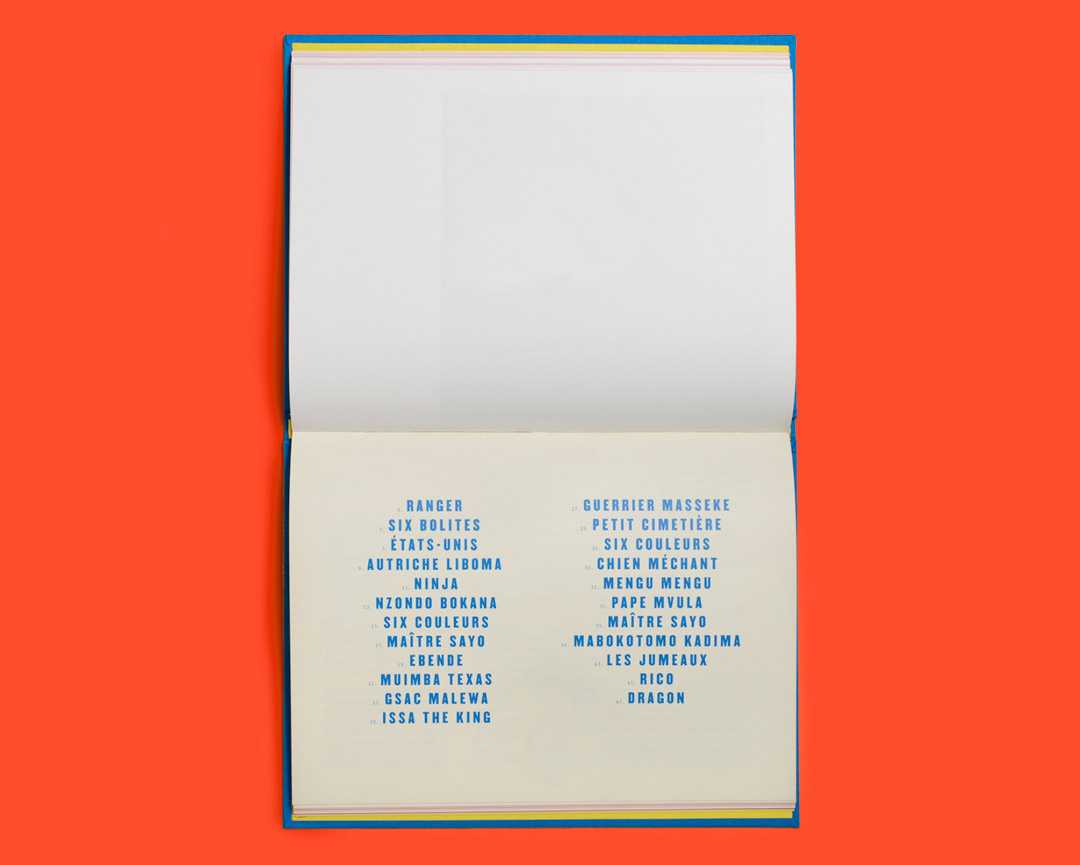 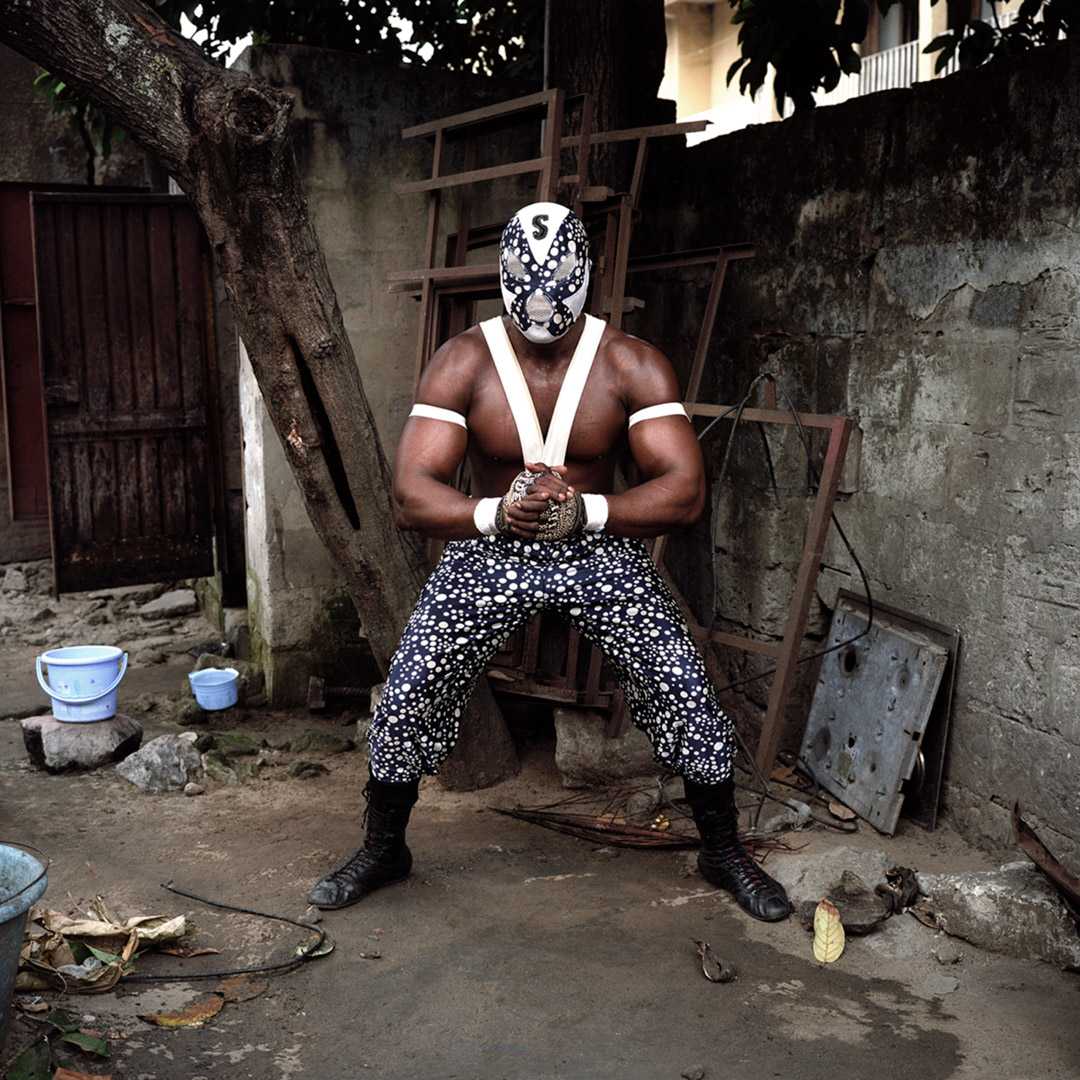 Delfosse surveys the new heroes of Kinshasa’s nightlife, where protagonists are an amalgam of Western, African and Mexican wrestling cultures that summon the spectre of the ancient with local traditions of witchcraft and black magic. He begins with a series of traditional full body portraits of the wrestlers, body-painted and chain-shackled in homemade costumes, followed with atmospheric behind-the-scenes photos of training and home life. This transition between the first and second part of the book requires the reader to physically orient the book from portrait view to landscape view.

It’s here within the landscape that one peers behind the façade, for a view of arduous strength training and mid-flight practice leaps in a dusty shack street setting. The sequence follows a single day of wrestler preparation, leading up to the main event, beautifully shot outdoors in low light emanating from bare bulbs and head lights.

Hard bound in the blue, yellow and red colours of the DRC flag, the book offers a glimpse into local entertainment customs set to the timeless human theatre of conflict and victory, which provide an action-fuelled escape from the struggles of daily life in one of Africa’s most dangerous capitals.

Toute Arme Forgée Contre Moi Sera Sans Effet was featured in GUP#47, the Big Ten. The book is available in a limited edition of 800 and as a special edition of 10 copies including book with slipcover and a signed and numbered print.