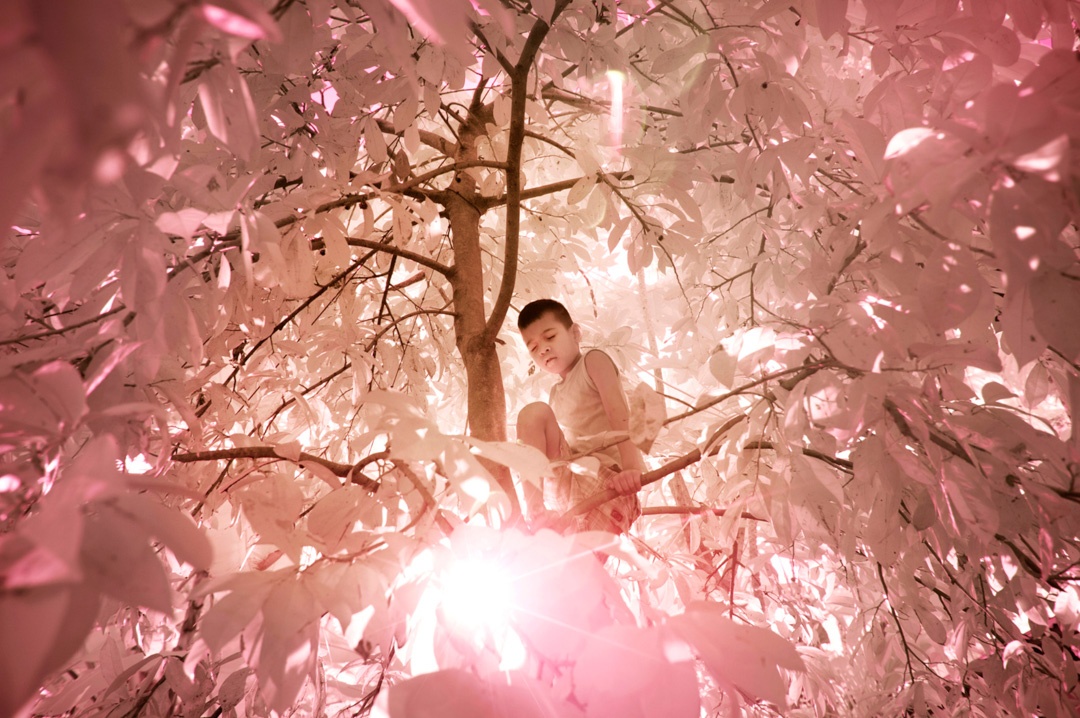 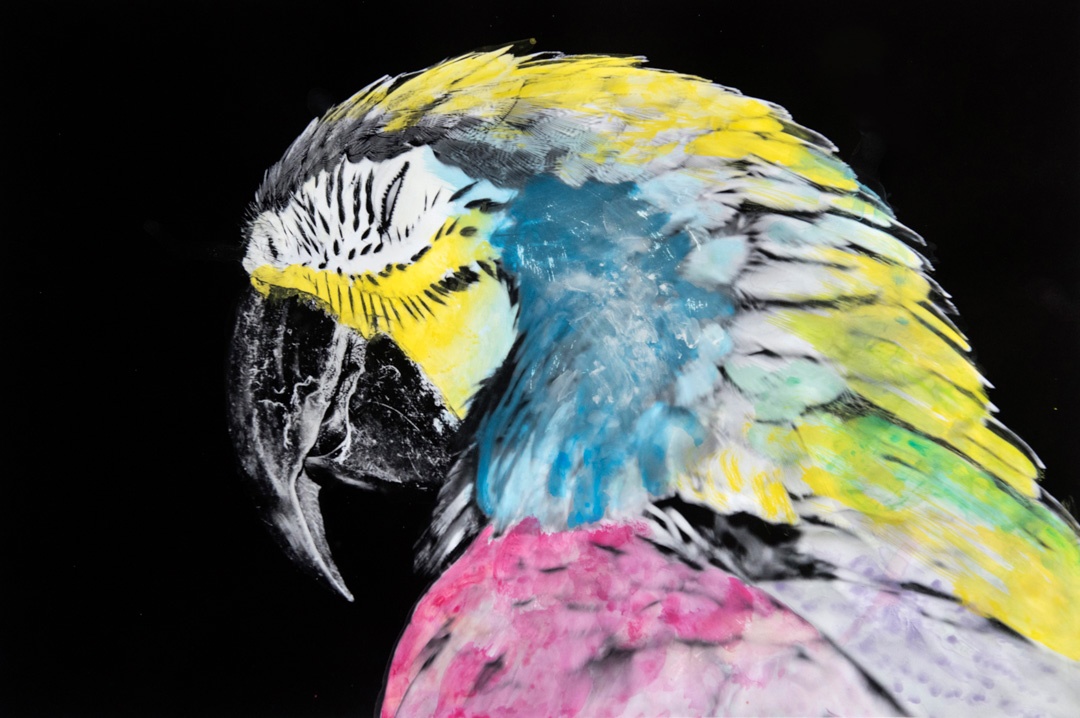 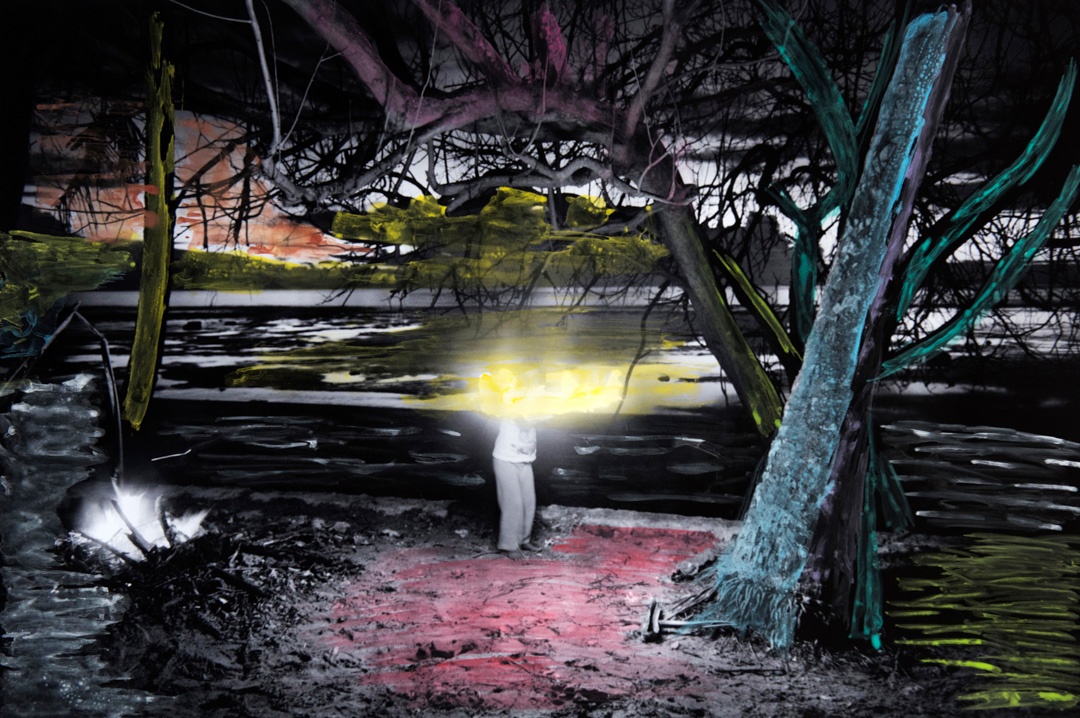 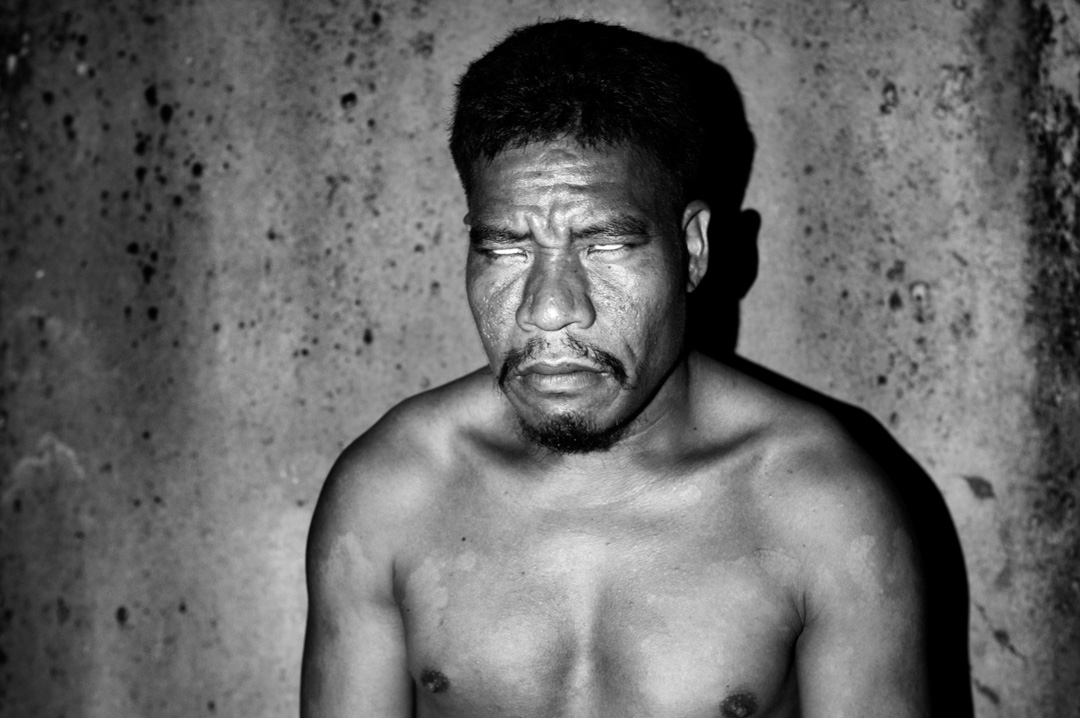 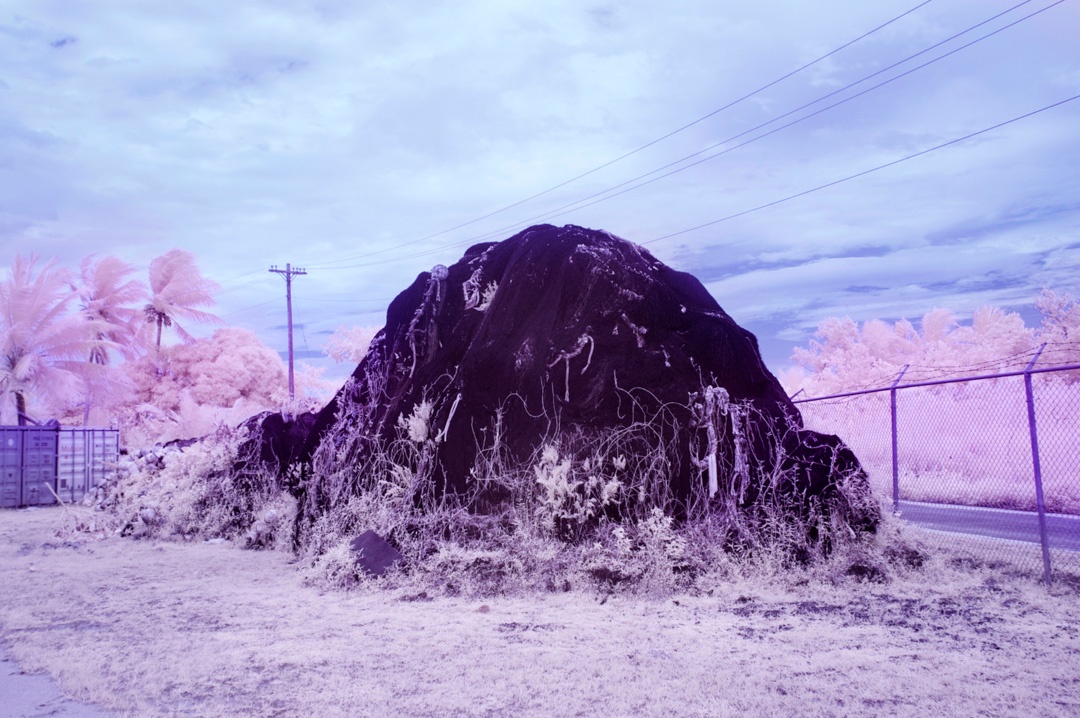 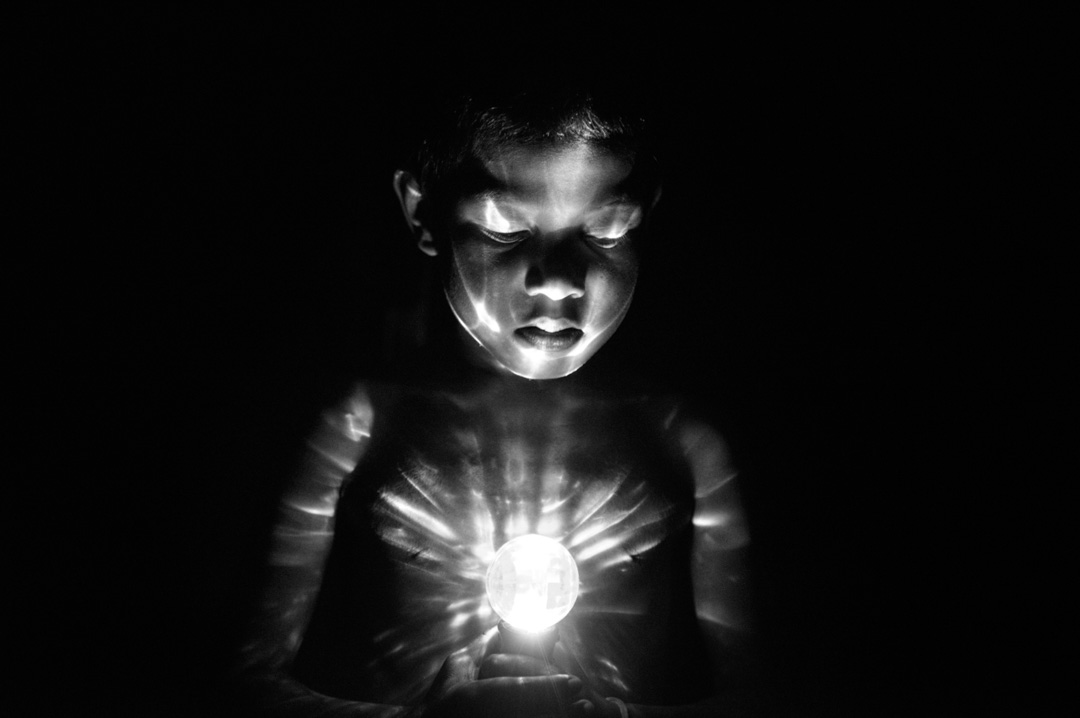 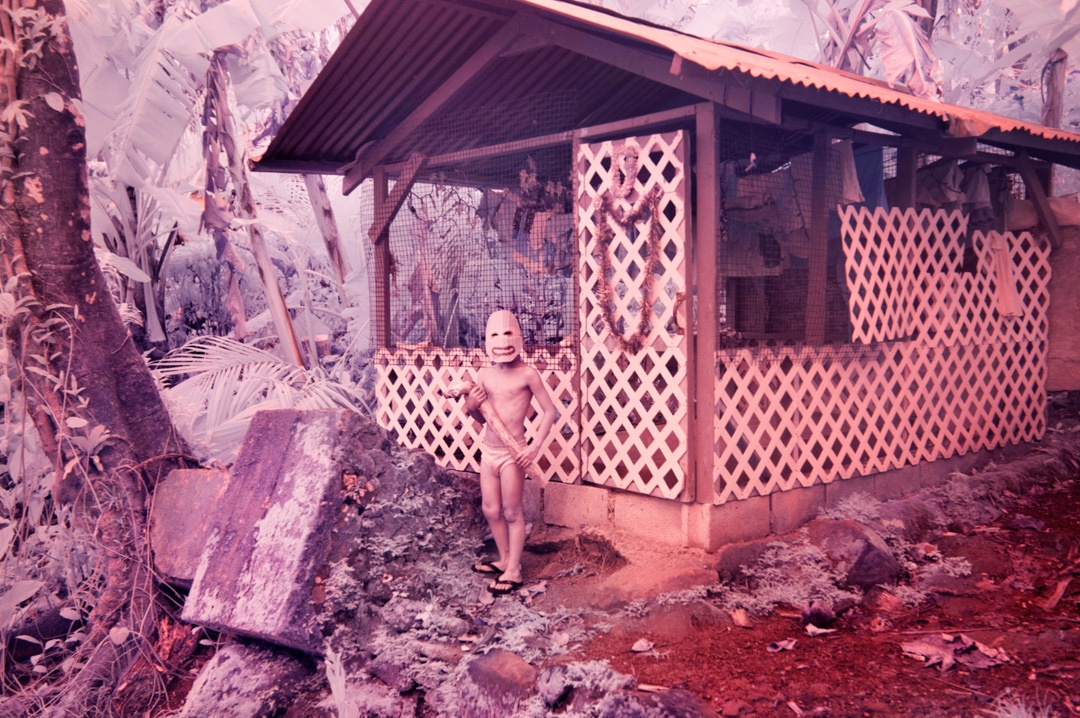 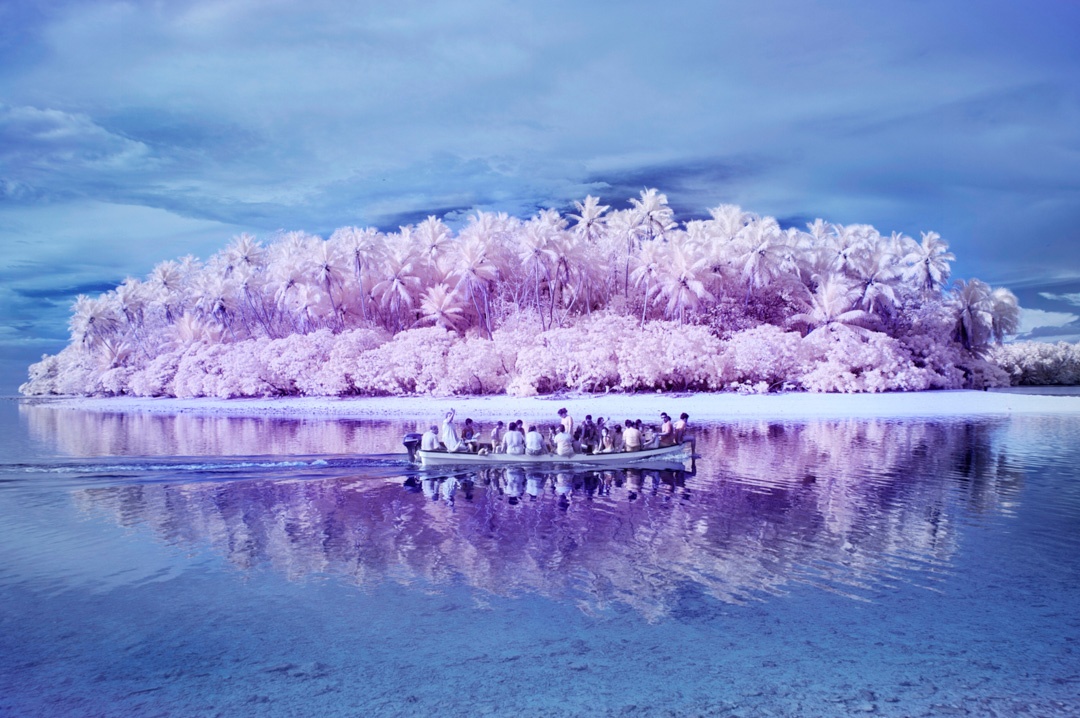 THE ISLAND OF THE COLORBLIND

The Island of the Colorblind 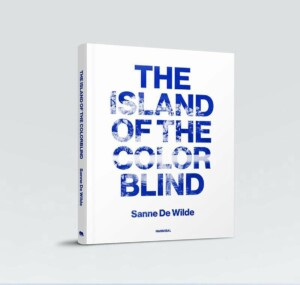 Fascinated by the role genetics play in people’s experiences, photographer Sanne De Wilde (b.1987, Belgium) travelled to the Micronesian island Pingelap to capture a localized phenomenon: a high percentage of the inhabitants have achromatopsia, total colour blindness. In her book The Island of the Colorblind, De Wilde presents the island not as she sees it, but as she imagines the islanders do. The result is full of bright, unexpected colours, giving those of us with so-called ‘normal’ vision a jarring view on the world around.

This series follows naturally from De Wilde’s previous work, in which she portrays people who see the world differently. After documenting albinism in Samoa and dwarfism in China, she now visualizes the condition of colour blindness in a way that informs, intrigues and lets us discover more about ourselves as human beings.

The remarkable story of Pingelap started when a catastrophic typhoon swept over the island. One of the sole survivors, the king, carried the rare gene that causes colour blindness and is believed to have helped repopulate Pingelap by having numerous children. As neuroscientist Oliver Sacks is quoted in the beginning of de Wilde’s book: “Islands are, so to speak, experiments of nature, places blessed or cursed by geographic singularity to harbour unique forms of life.”

In her effort to disclose the islanders’ way of seeing, De Wilde balances precariously between beautiful and informative images. She uses various manipulation techniques, including the use of an infrared filter over her lens, not to block out, but to condition the frequencies of natural light. The clear water, tropical plants, human skin, and all other subjects reflect the infrared light in a unique way, giving tonal relationships a wildly unexpected, alien look. For other images, she asked achromatopic people to hand-paint her black and white photographs, but the results are likewise different than expected, as the paint wasn’t labelled and so were chosen intuitively. This lack of control allows the viewer to experience light and colour in a different way, questioning how much we take for granted in what we see.

De Wilde’s work explores the limits of the medium of photography, which is so often used to record things ‘as they are’, by illustrating the differences in perception. This visual game can also be seen in the carefully produced components of the book: the book uses different papers, from silvery grey to tracing paper, and the innovative cover is UV sensitive, changing from white to blue when it’s held in sunlight. You find yourself looking at things differently, figuring out the unfamiliar visual world so many live in. As De Wilde states on the back of the book: “Color is just a word to those who cannot see it.”