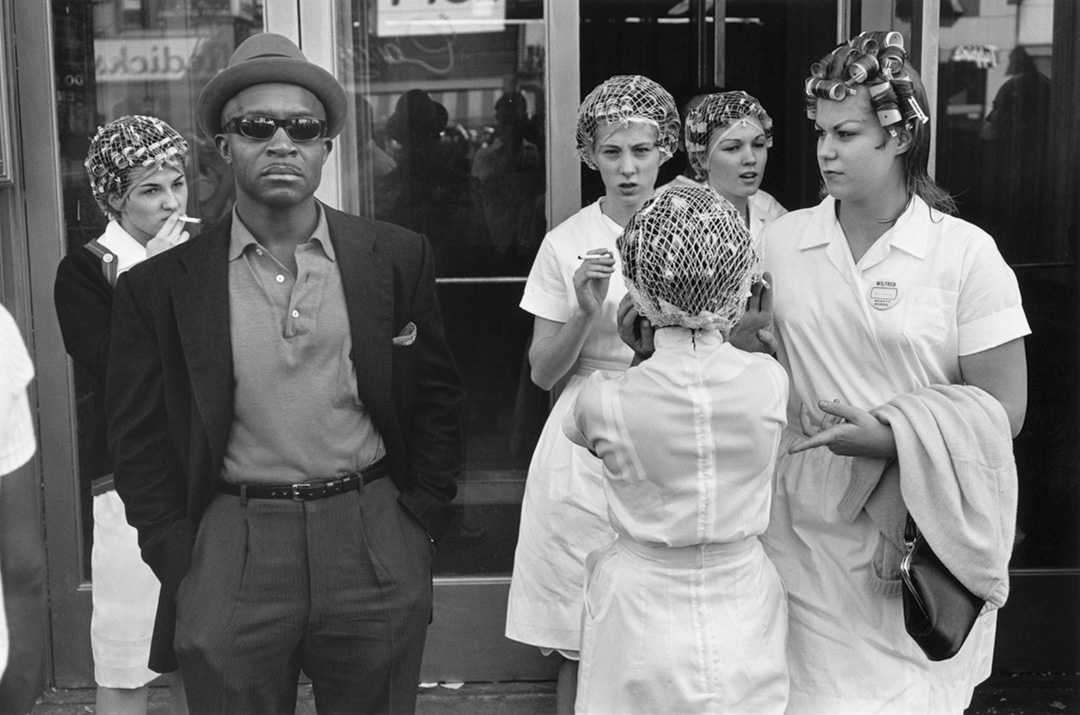 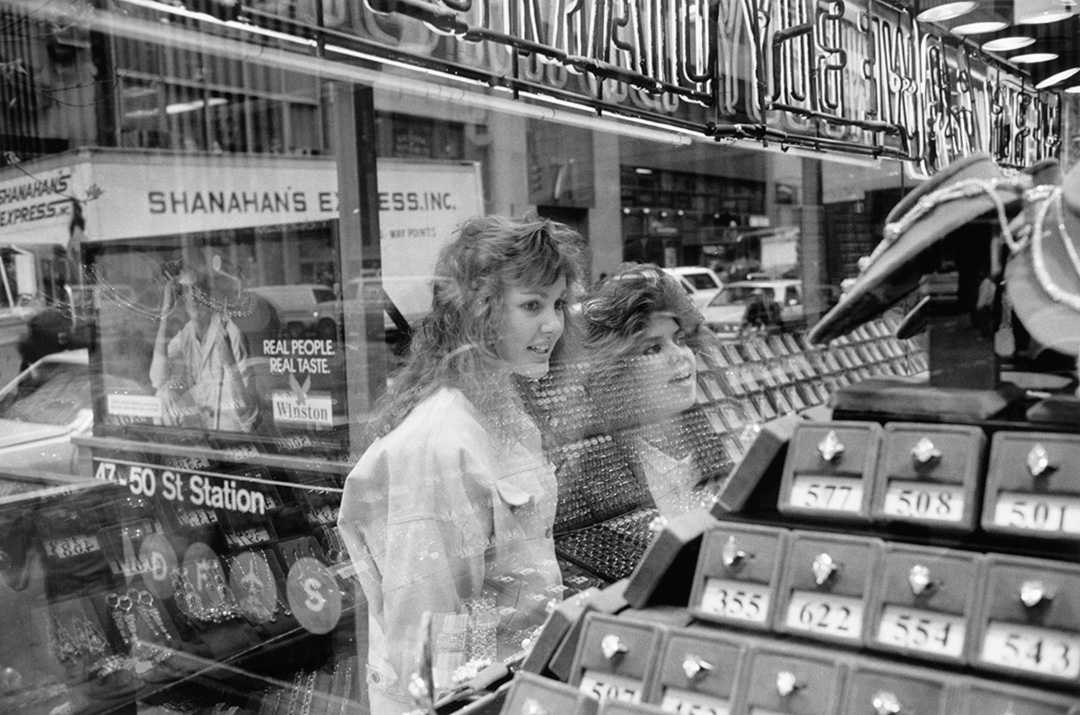 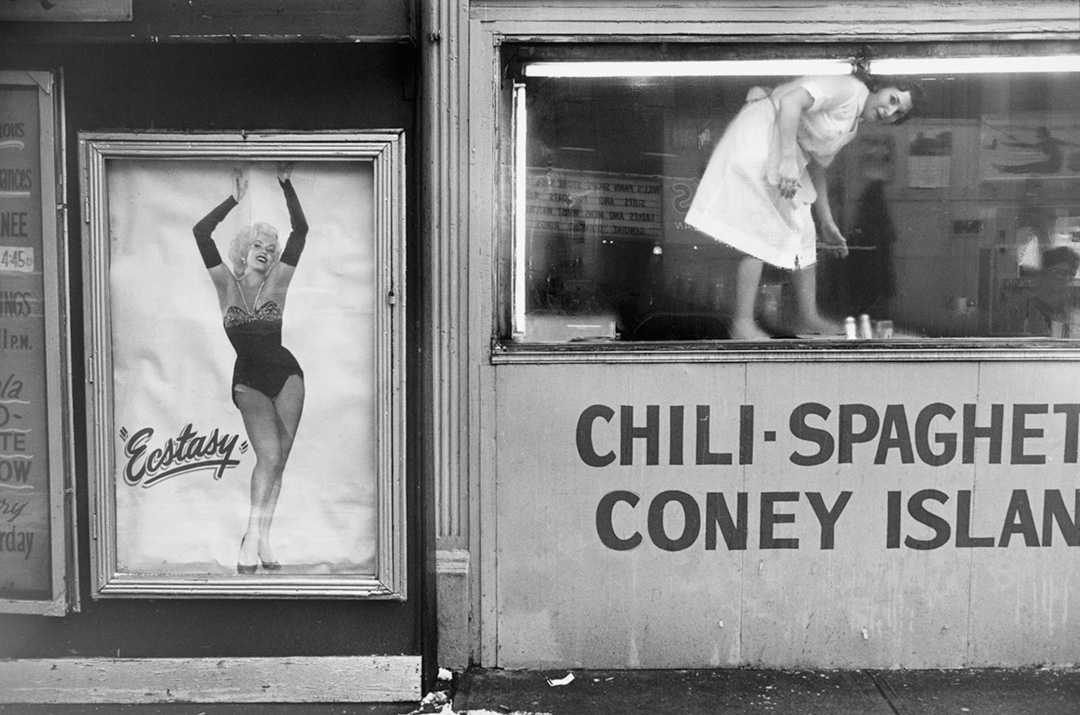 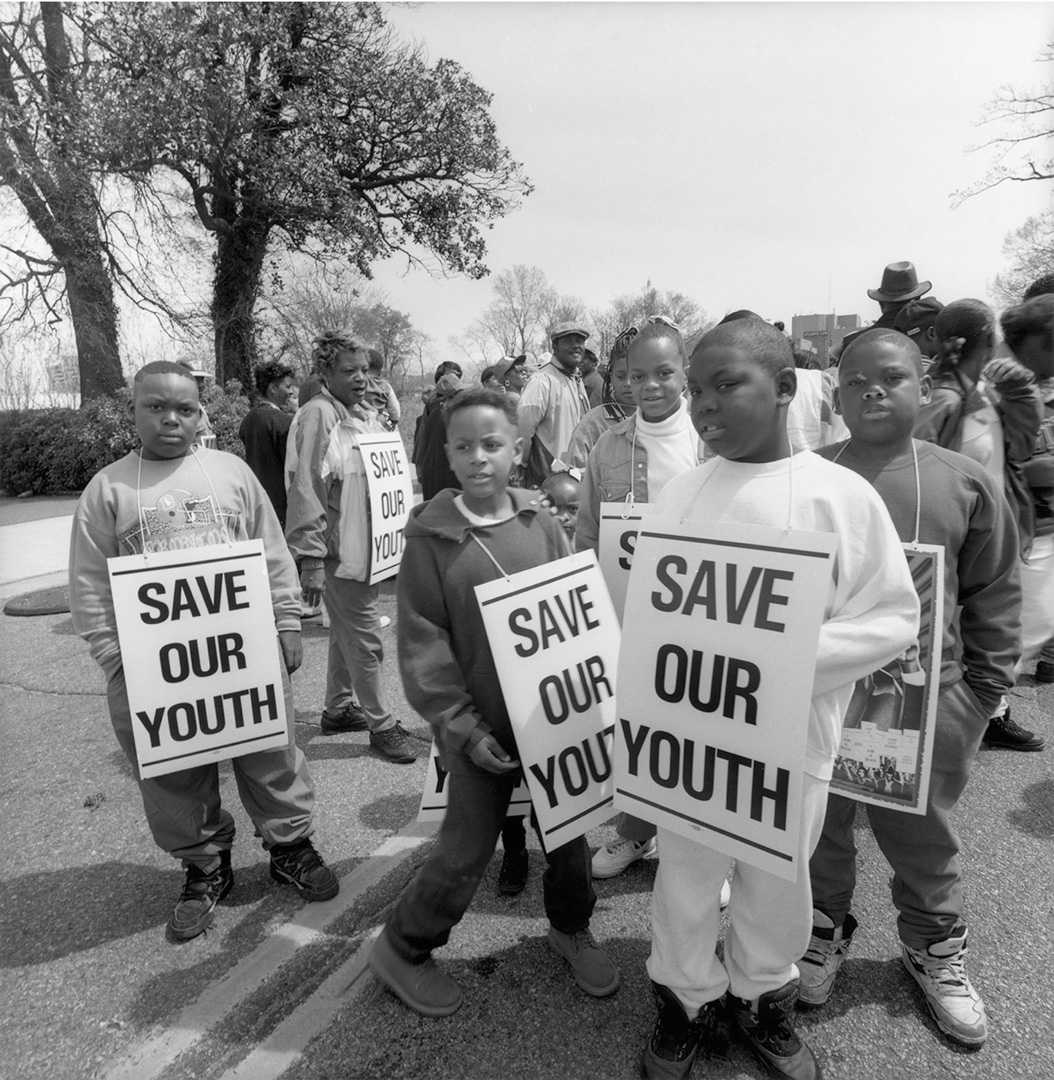 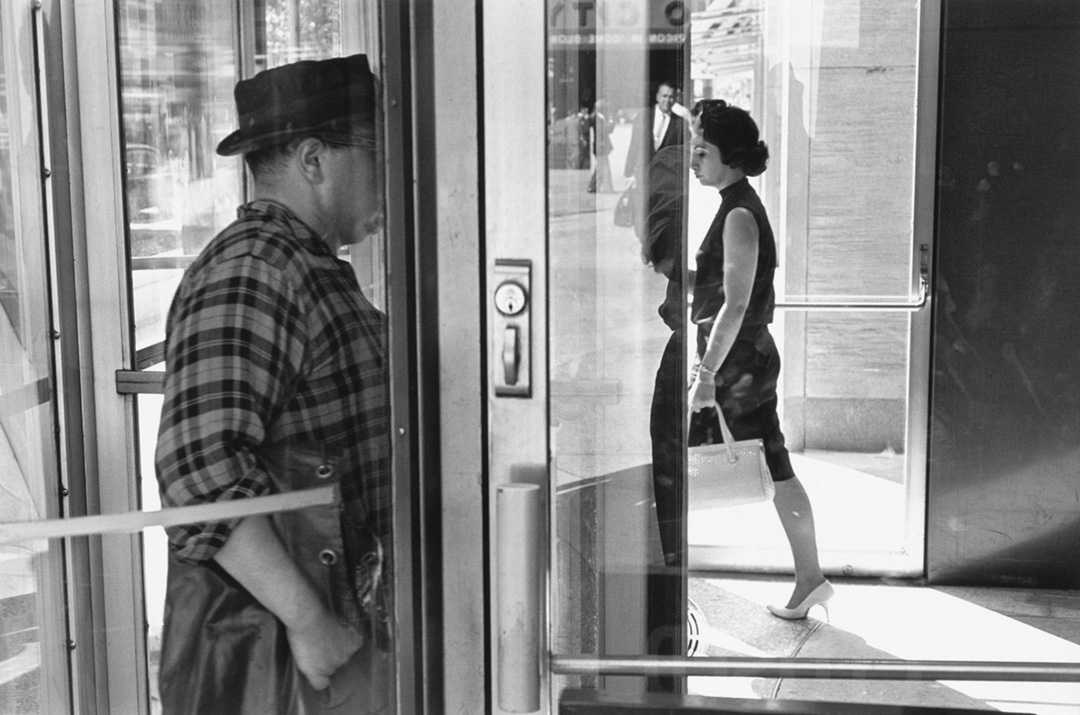 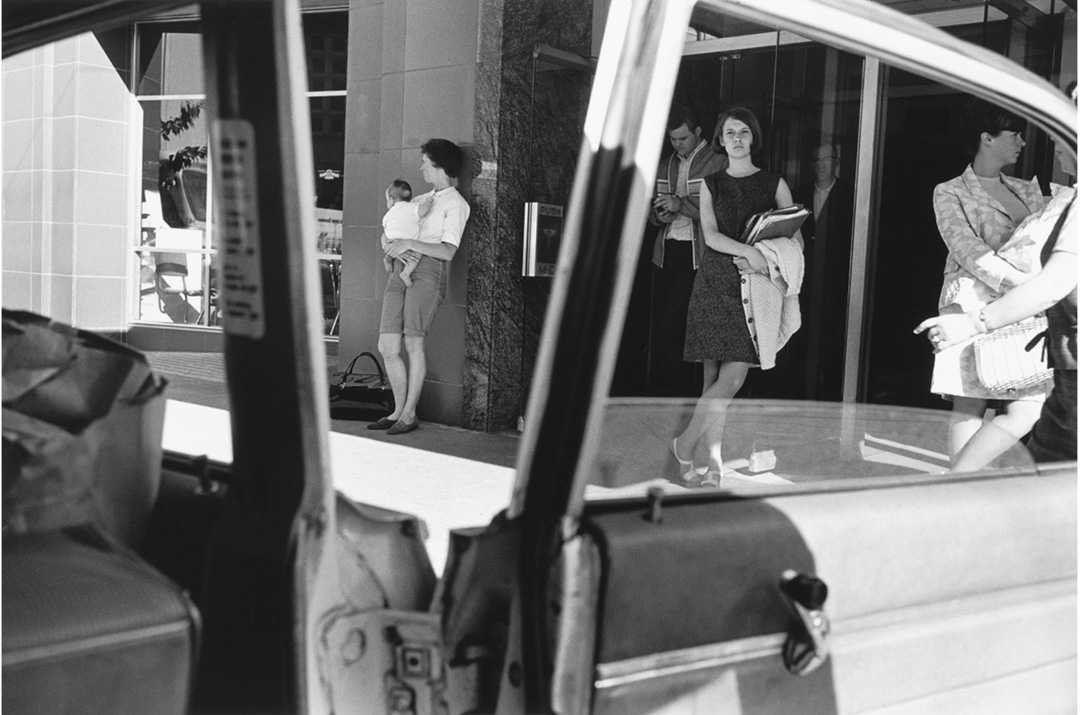 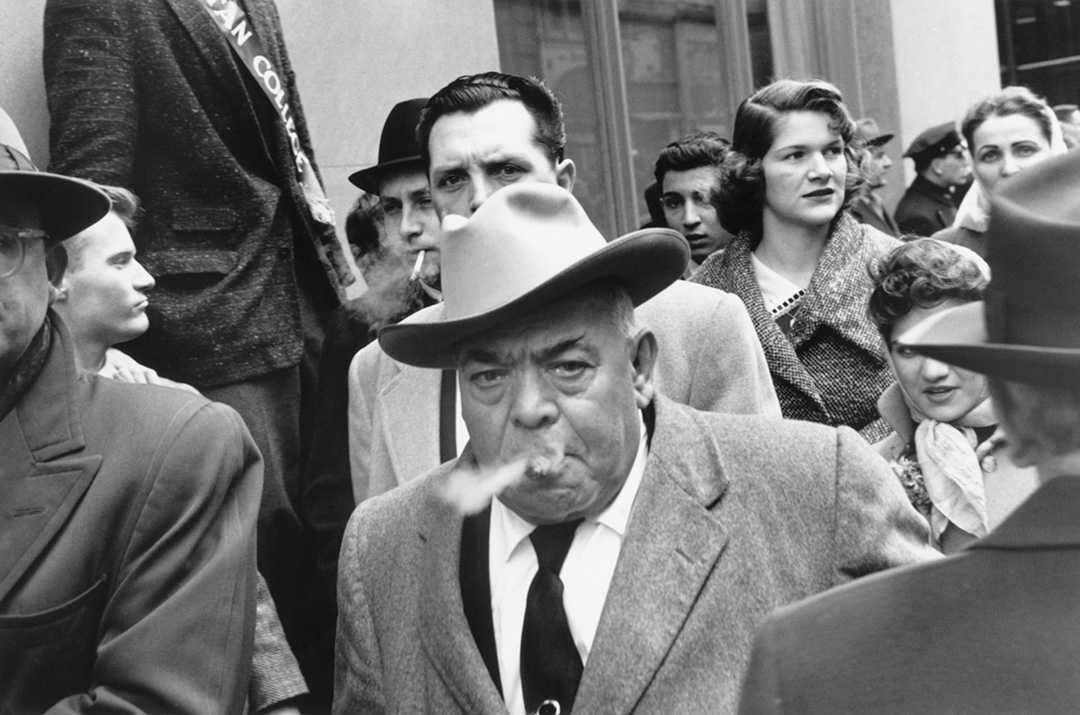 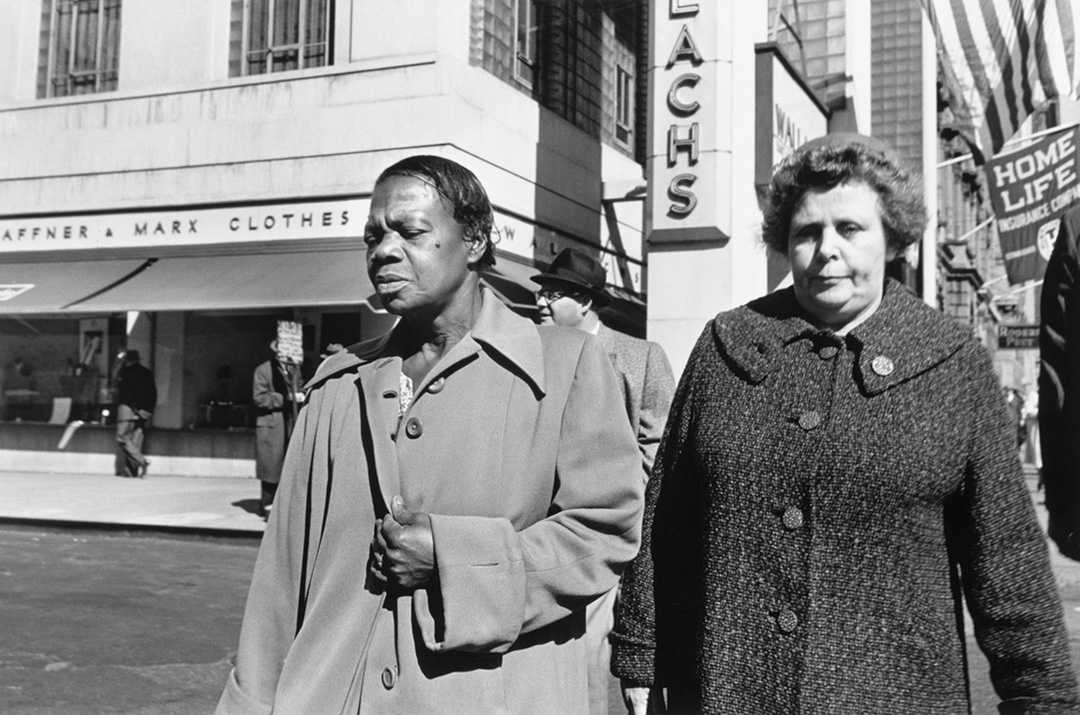 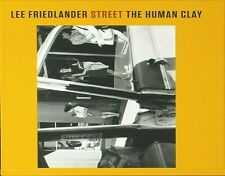 Known for passionately embracing all subject matter, Lee Friedlander (b. 1934, USA) photographed nearly every facet of American life from the 1950s to the present. Reflecting the modern, often alienated everyday life in his black and white images, he is regarded as a critical observer that continues to influence the way we understand, analyse, and experience modern American culture.

The Human Clay is a series of six publications to be released over three years, in which Friedlander arranged his vast photographic archive. Each volume is selected according to one specific theme, all photographs chosen and sequenced by the artist himself. His latest volume ‘Street’ is the third in the series, and for this edition he compiled a selection of his street photography taken over a period of more than fifty years.

While browsing through the 200 pages of Friedlander’s book, we’re taken on a wild journey across decades and places. Featuring 206 black and white photographs, it provides a broad view on street life, illustrating characteristics of periods in the artist’s hometown New York, but also in many other American cities like San Francisco, Los Angeles and Austin. It also includes some photos taken in Rome (Italy) and London (UK).

Friedlander observes the cities and its people discretely like a spy. He captures the subjects that he finds on the streets, like rough protests, stark businessman, and exaggerated advertisements, from the inside of a car, a telephone booth, through small peepholes, shop windows and mirror reflections. This uncommon and idiosyncratic choice of surreptitious angles results in dynamic compositions that make common subjects appear atypical and alienating. Sometimes Friedlander even seems to transform everyday life situations into puzzling, indefinable, short stories of secret lovers, shady meetings or quiet pursuits.

His bright sense of rhythm in the sequencing strengthens the sense of alienation and storytelling in his photographs. By presenting thematically linked photographs next to each other in a simple layout, he creates witty interactions, as can be seen for example in one photo of a man looking through the window of a car shop, next to an image of a woman looking in the same direction, but at jewellery. In this same way, he also hints at more serious and moralistic themes, like on a spread where we see a photo of someone supporting a blind beggar surrounded by people, next to one of a wealthy woman who walks by a beggar that stands on a lonely corner, without paying him any attention.

Through Friedlander’s eyes, we’re able to see our everyday lives change into fascinating scenes and compositions. His images offer a closer, more interpretative look at the world, by working with themes and by emphasizing certain details, and because of this we can be surprised and moved by things that usually don’t grab our attention. By covering many happenings in the American culture and mentality over several decades, the book, especially in light of current events, sometimes awakens feeling of wistful nostalgia. The book Street creates visual stories, in which it is left to the viewer to fill in, and is a collection that can endlessly tell new stories, while giving an intriguing look at a vivacious society.