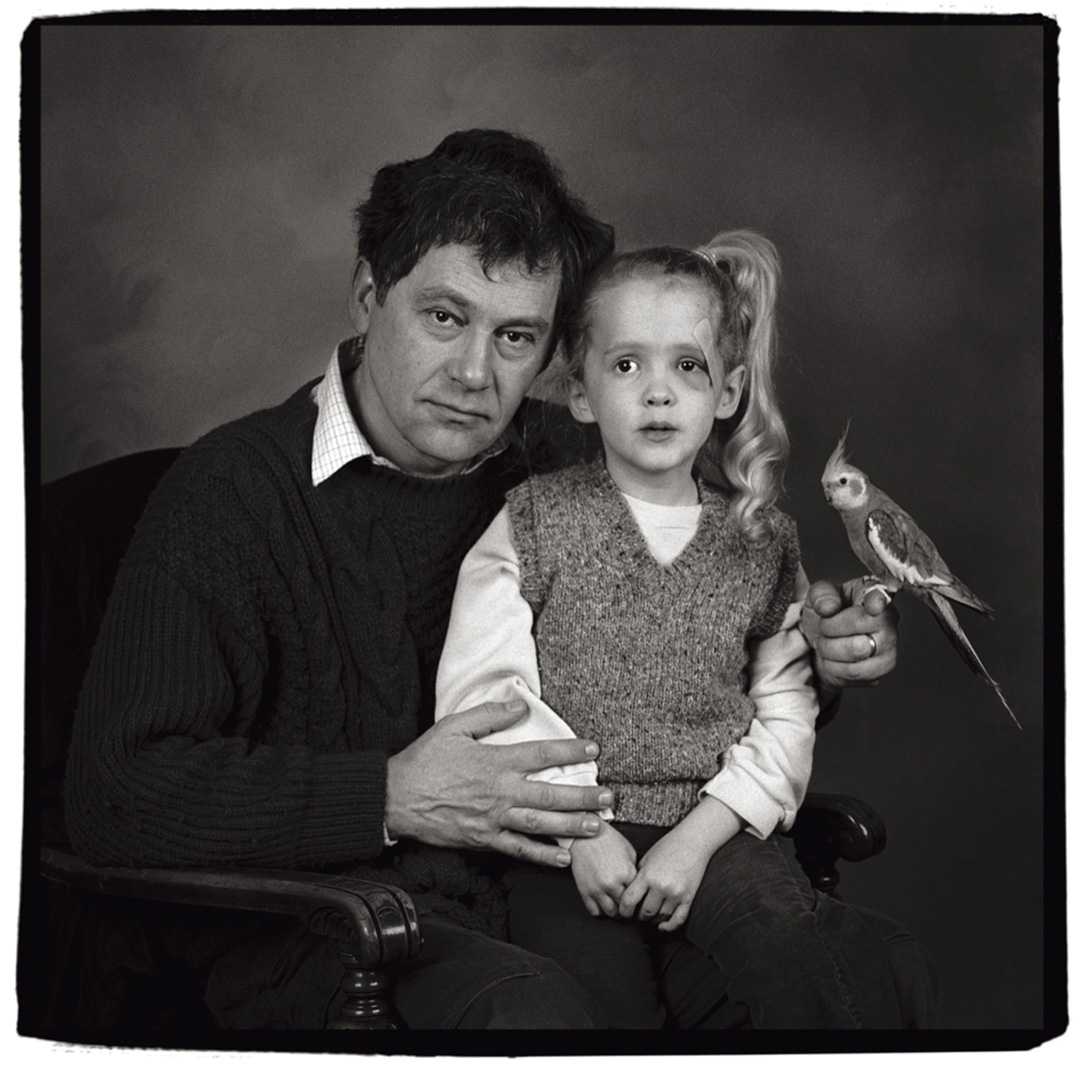 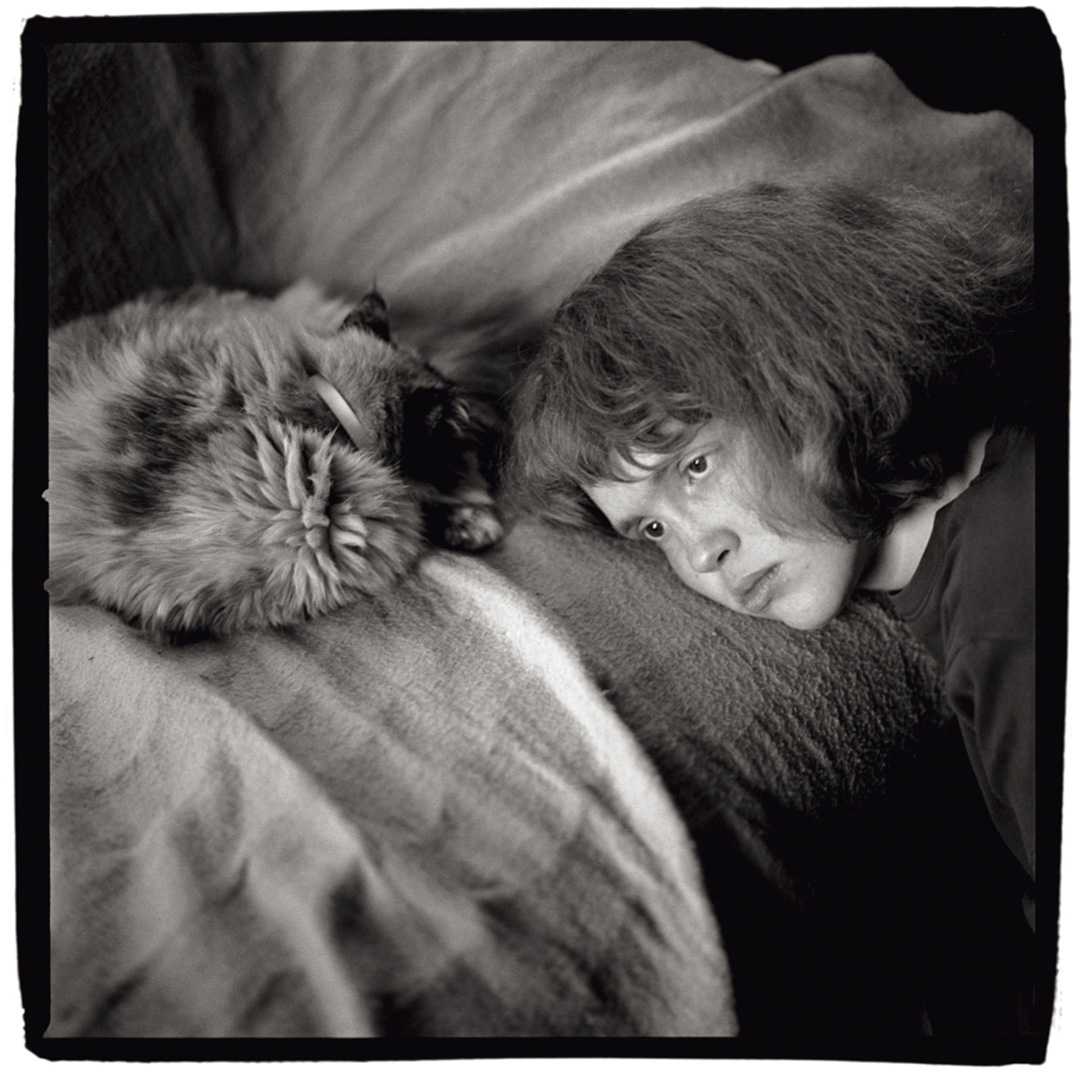 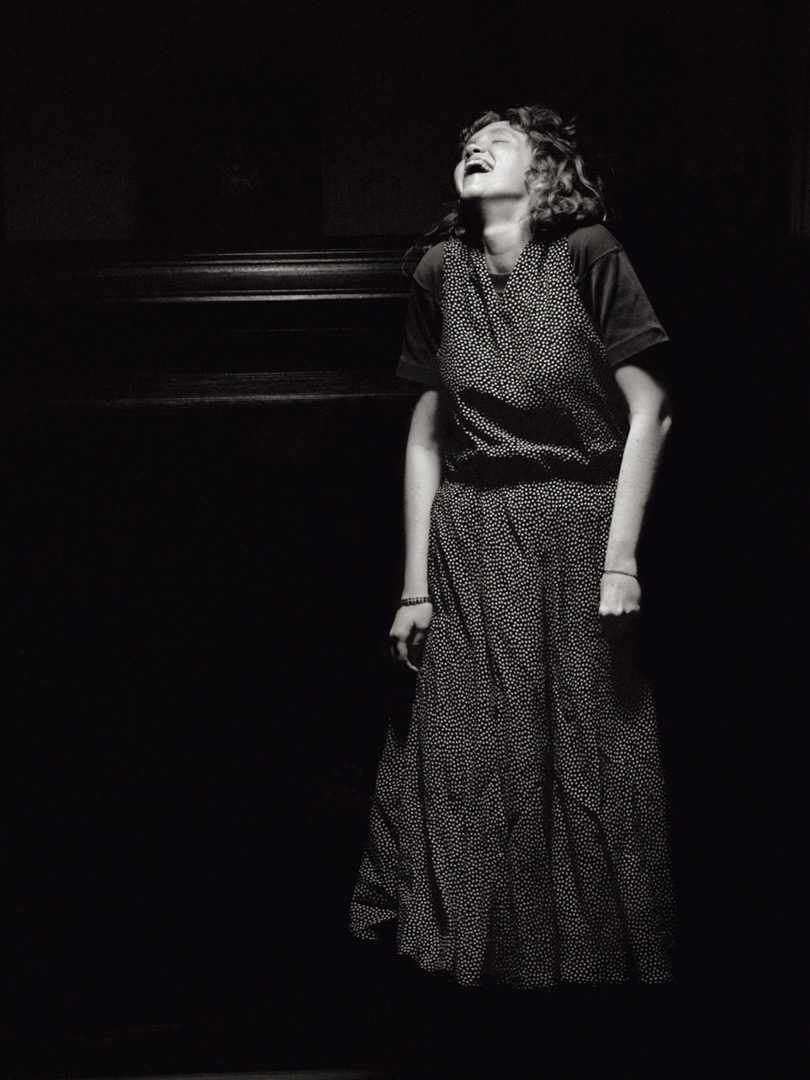 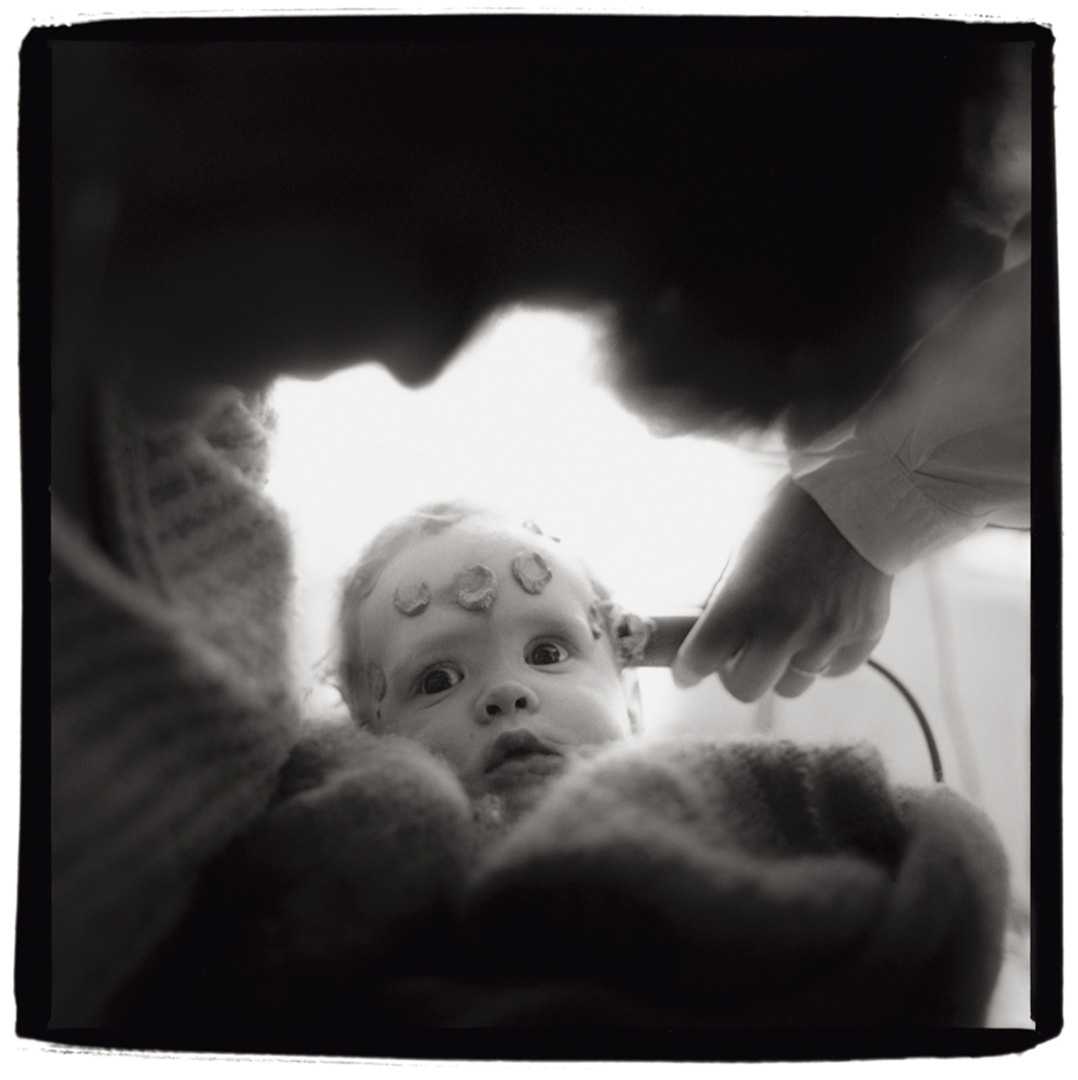 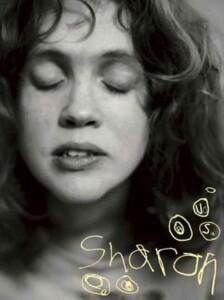 “A long time ago I realized that life isn’t fair,” concludes the American photographer Leon Borensztein (1947) in one of his diary notes. A personal journal that he keeps to reflect on his daughter Sharon, her behaviour and how he responds to it; scribbles on a relationship with a vulnerable child that happens to be his. Sharon, as it turns out soon after her birth, is going to need a lot of attention and loving care while also becoming a source of concern, frustration and occasional despair. Before anything else, Sharon’s existence turns out to be the cause of a seismic change in the life of Leon Borensztein and Cathy, the mother of his child.

‘Sharon’, the book, is a testimony of a reluctant father growing into a loving one, documenting every stage of the challenged life of his daughter – diagnosed with optic nerve hypoplasia, which, as Borensztein himself notes, ’essentially means that there was some kind of insult to the brain’. Sharon is considered blind and her parents are told to expect more complications. Without a clear prospect, the family tries to make the best of life but their path is also perpetually leading to doctors and hospitals. Luckily, as the pictures indicate, there are also plenty of more relaxed moments.

Not all is captured by the camera (sometimes deliberately, as stated in one of the notes) but the photographer in Borensztein urges him to keep track of Sharon’s partly eclipsed life by portraying her continuously over the years, which also has a therapeutic element: it is his best shot at establishing an intimate communication with his daughter who has limited motor skills and expresses elements of autism.

‘Sharon’ is a eulogy to Borensztein’s relationship with her as a father – functioning as both her protector and advocate. At the same time it is also a confession of his struggle with coming to the establishment of just that. Considering that he has been spending a lot of sleepless nights thinking about her future, emotionally withdrawing was most likely a self-protective mechanism that helped Borensztein to cope with the situation at some point. Meanwhile, his decision to stay close and photographically document all the stages of her challenged life is probably the best he could do to prevent from going insane.

The additional journal is an essential supplement to the pictures if only because photography is, in the end, a mute medium. That is to say, the strength of the images (Borensztein’s proof of his exceptional quality to capture the poetry of life) is in showing something that cannot be said while the words are needed to express the feelings of the photographer, out of reach from the camera. Together, however, text and photographs indicate how Borensztein slowly but steadily learns to deal with the disabilities of his daughter and thus grows into a very confidential and affectionate relationship with Sharon, who matures into a personality of her own while also continuing to live on the periphery of social life.

“Poor girl, I feel her pain.” Without holding back on highlighting his own vulnerabilities Borensztein presents the viewer/reader a full spectrum of his idiosyncratic relationship with Sharon. The event of her birth has eventually lead into a moving visual and written documentation of the most intimate and essential aspects of their life together. One can only be touched by such a soulful report on parenthood.