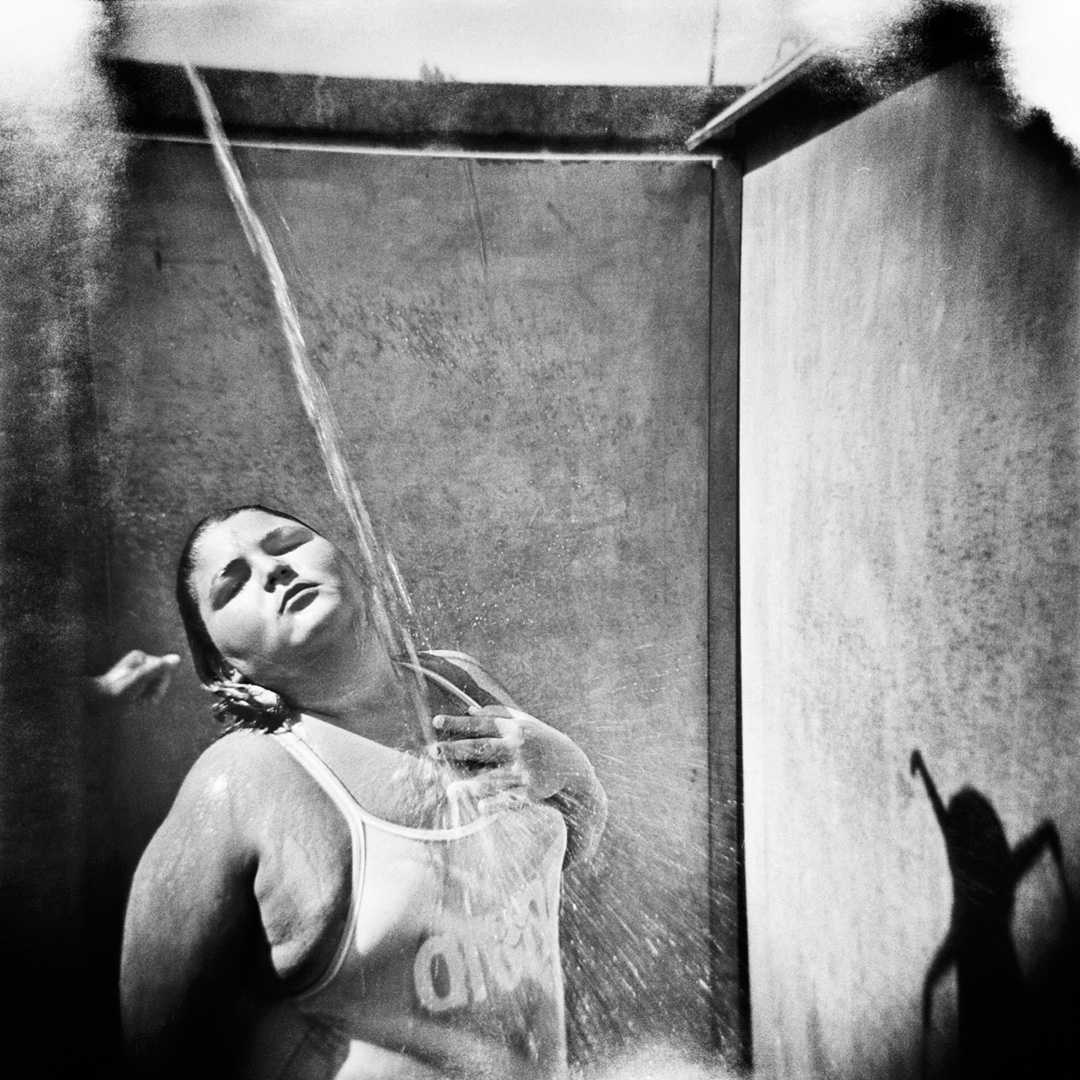 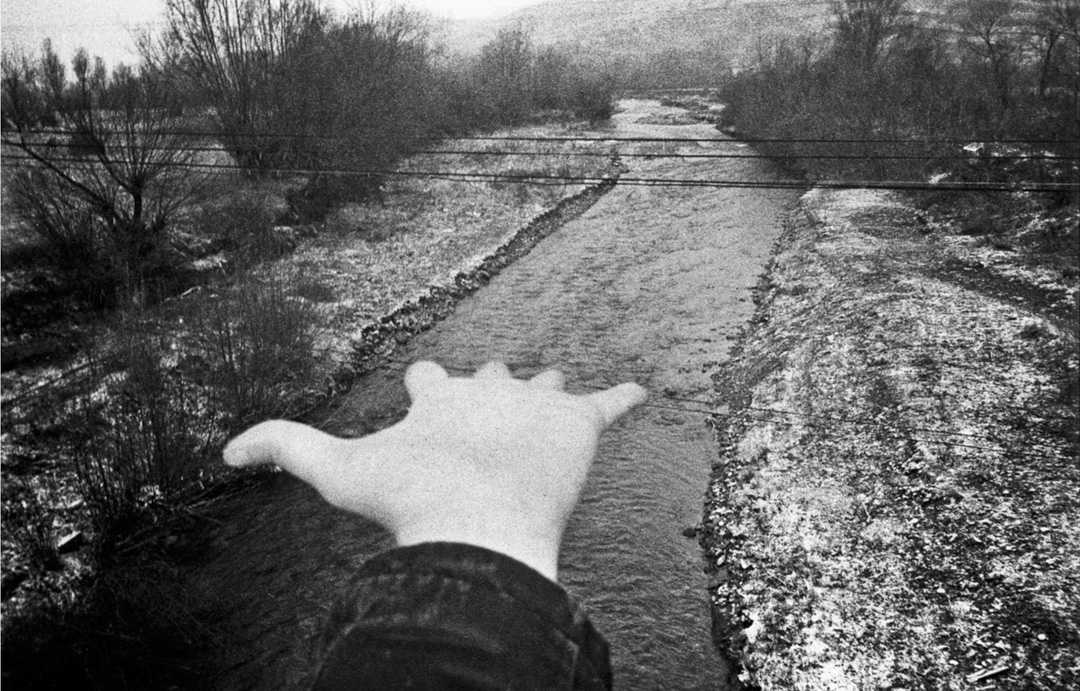 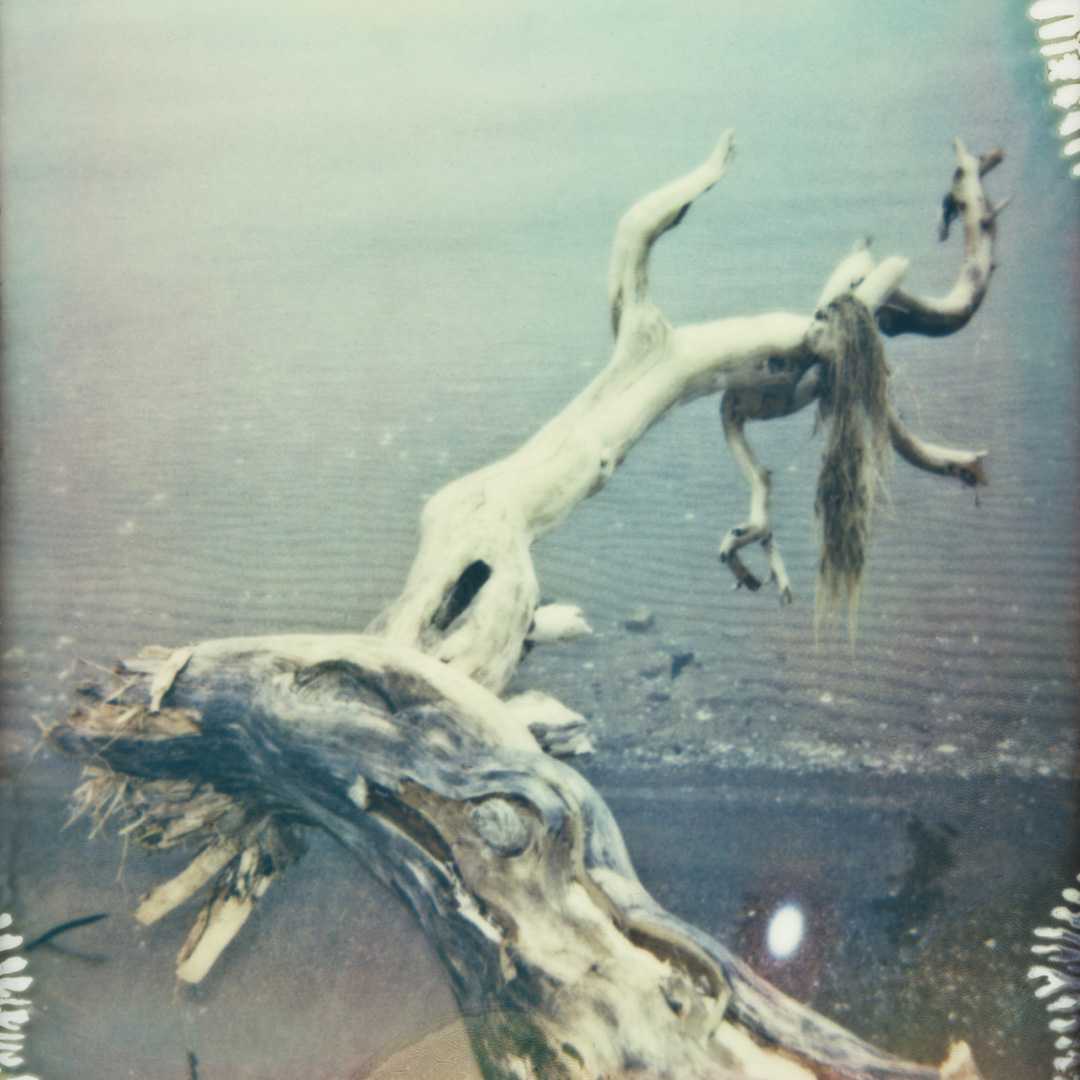 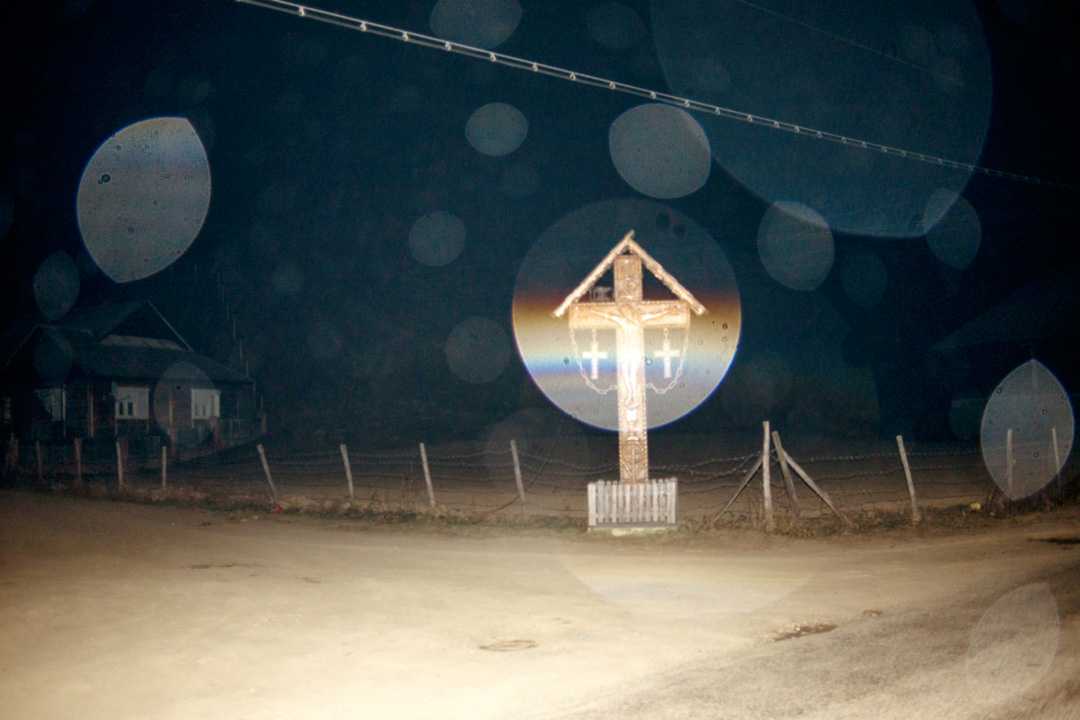 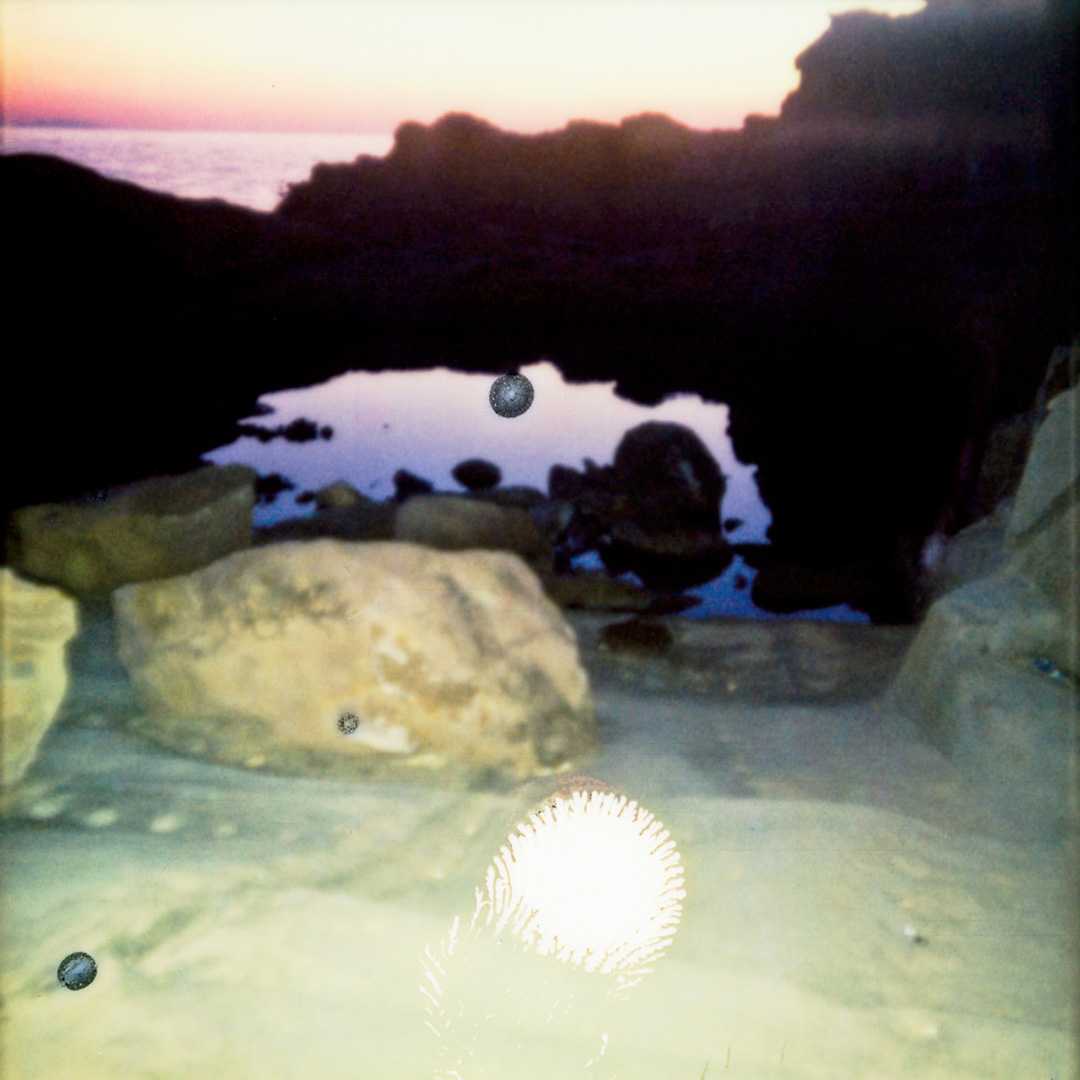 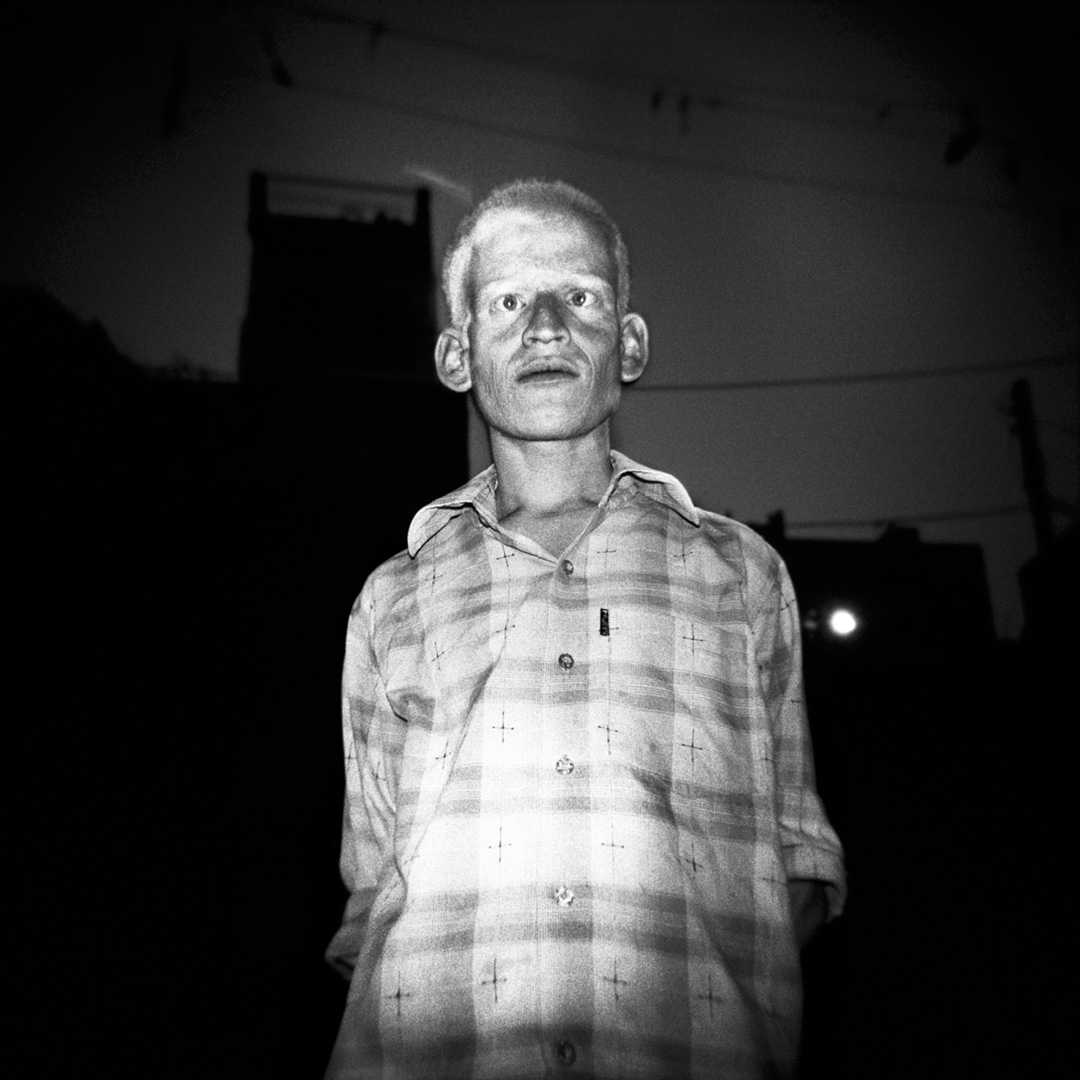 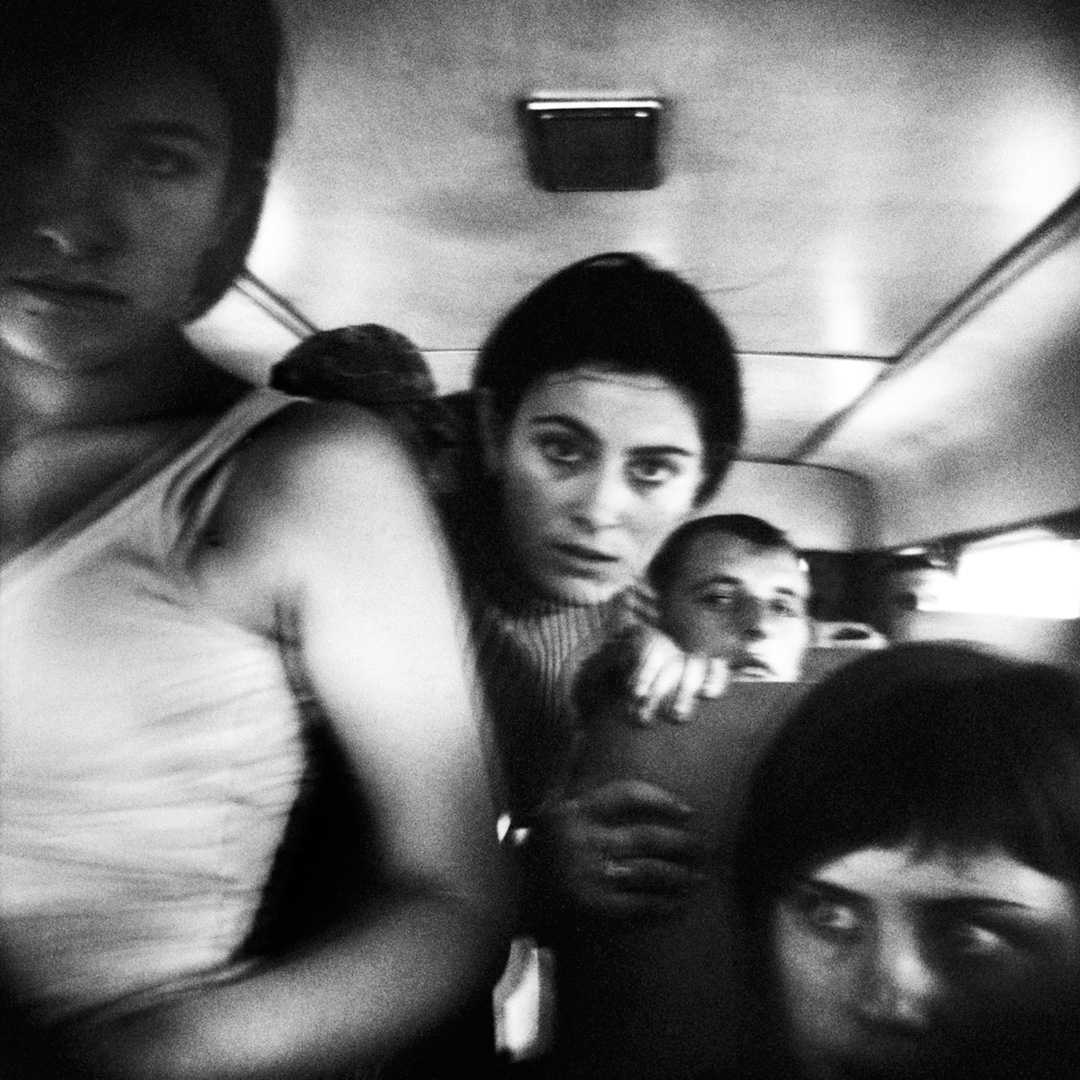 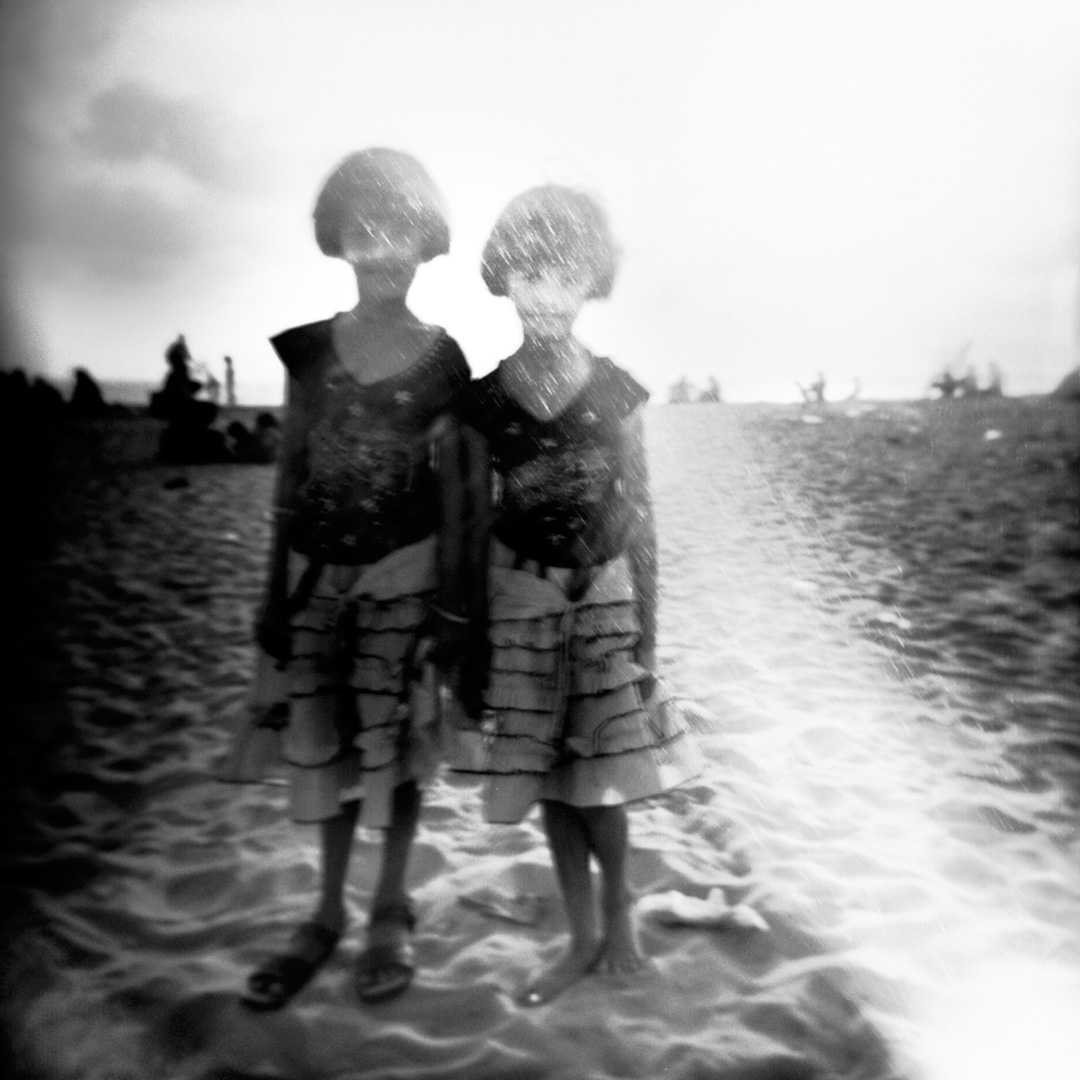 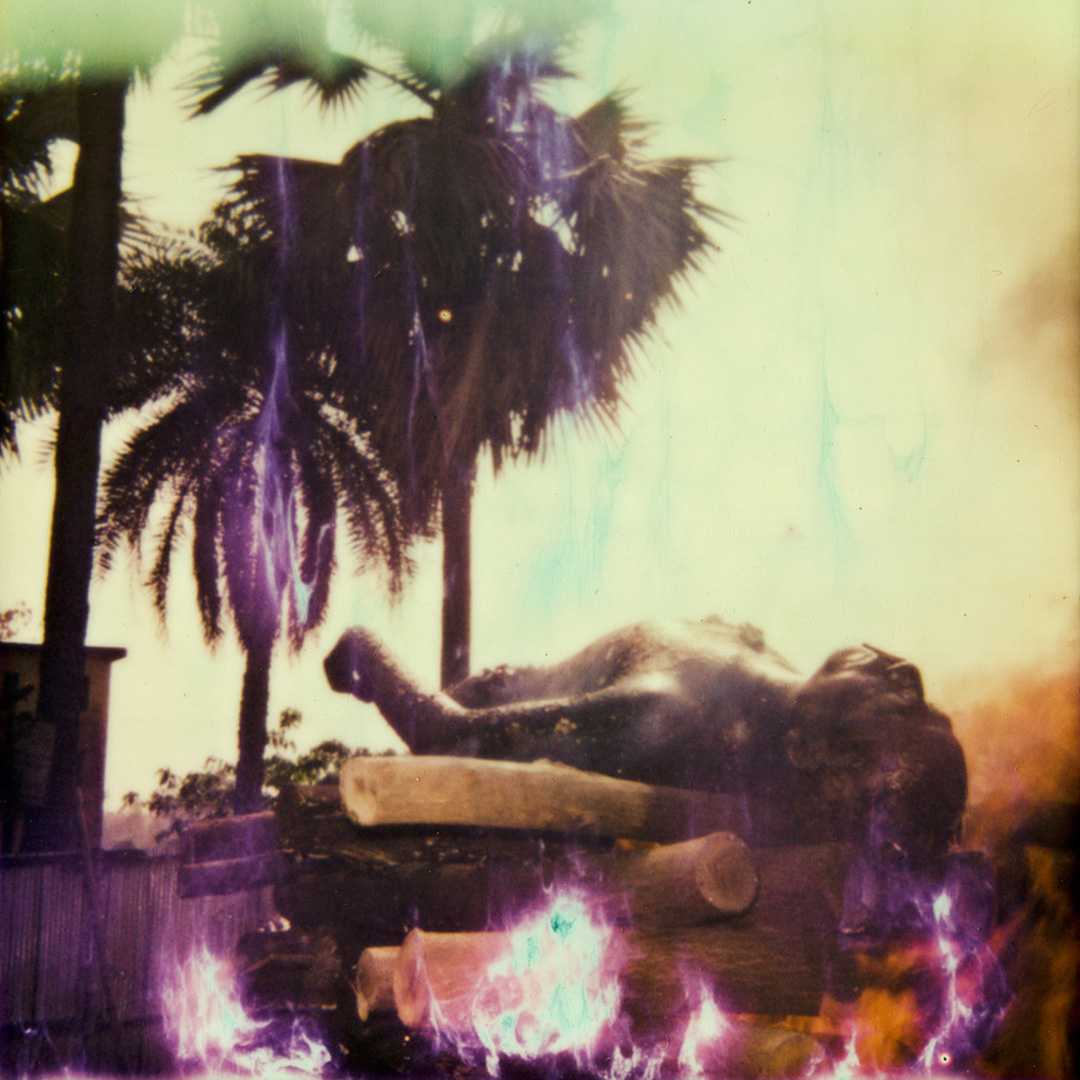 Push The Sky Away

Push The Sky Away 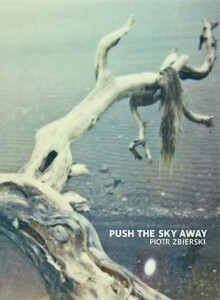 Literally, the verb ‘to sublimate’ refers to the change from solid to gas – but miraculously, uncannily – without passing through the liquid phase. This also, in a way, applies to the visual language of Piotr Zbierski (Poland, 1987). That is, the index between a reality as experienced and a photographic reality as captured seems missing, somehow.

His new book Push The Sky Away consists of three separate chapters, the direct consequence of three different bodies of works produced over the years. The themes in this triptych might vary, yet aesthetically the sections very much interrelate. Actually, the division between them seems only a suggestion: the unbound dividers (black sheets of firm black paper), be it that these function as concise introductions to the projects, can be easily removed.

‘Dream Of White Elephant’ (the first chapter) is mainly concerned with the encounter of strangers in passing – many of them children and animals. For ‘Love Has To Be Reinvented’ (2nd chapter) Zbierski was led by the ideal to give visual shape to his personal memories. The final chapter, ‘Stones Were Lost From The Base’, leans towards an interest for rituals and cults.

Zbierski might have switched back and forth from black and white to colour, but he remained remarkably consistent in the application of a technique in which he allows instant pictures (e.g. Polaroid) to be distorted by natural conditions of the locations in which he captured them. The only deliberate act in his application of the medium seems to be in an attempt to skip the documentary stage of photography – which, in the end, makes for the subliminal effect.

Although the shifts are clearly marked, the overall content of this book is arched by some kind of pre-linguistic ‘energy’ that supersedes any individual image. Verbs like ‘making’ or ‘taking’ would imply a too-conscious and too-controlled photographic process. Zbierski’s way of looking also remains far from anything that could be defined as ‘descriptive’; it is tautological, referring to nothing more than itself.

The themes in this triptych might vary, yet aesthetically the sections very much interrelate

But his images are also ‘founded’, in the sense that the photographic reality – in itself an establishment of the coincidental – is endowed. In other words, Zbierski might have handled the camera intuitively, but in doing so (and by means of allowing the accidental into the stage of development) he – and he alone – has made it possible for these images to exist.

The best pictures – for me at least – are those in which the subject can be recognized, but not be named. It might be tempting to qualify them as mystical ‘dreamscapes’, but this should be avoided. Indeed, for that would be too vague. What also should be postponed, in the case of Push The Sky Away at least, is the need to understand what is already there before our eyes. As if it is not already enough that what Zbierski established to visualize is there, immediately and almost without mediation, in a primordial unity.

Perhaps it is best to accept that our reality is, though susceptible to versions, without denomination. On the other hand, when giving up all mechanisms of approach – as Piotr Zbierski did – a photographer might nevertheless come to find a way of moving beyond the inexpressible domain of our world – it being not more nor less than itself.

Push The Sky Away further includes an academic essay by Eleonora Jedlinska, focusing in depth on the dual characteristic of Zbierski’s approach to photography, on how it results in an idiosyncratic blend of the exterior (reality) and the interior (memory) – neither of which can be claimed by anyone. Both somehow exist beyond our individual selves; both are simply part of the world that we inhabit.

Patti Smith (indeed, the Patti Smith) wrote a poem in response to this work – for Piotr – that serves not only as an introduction to the book but also as a motto:

Push The Sky Away is co-published by Dewi Lewis (English edition) and Andre Frere (French edition).