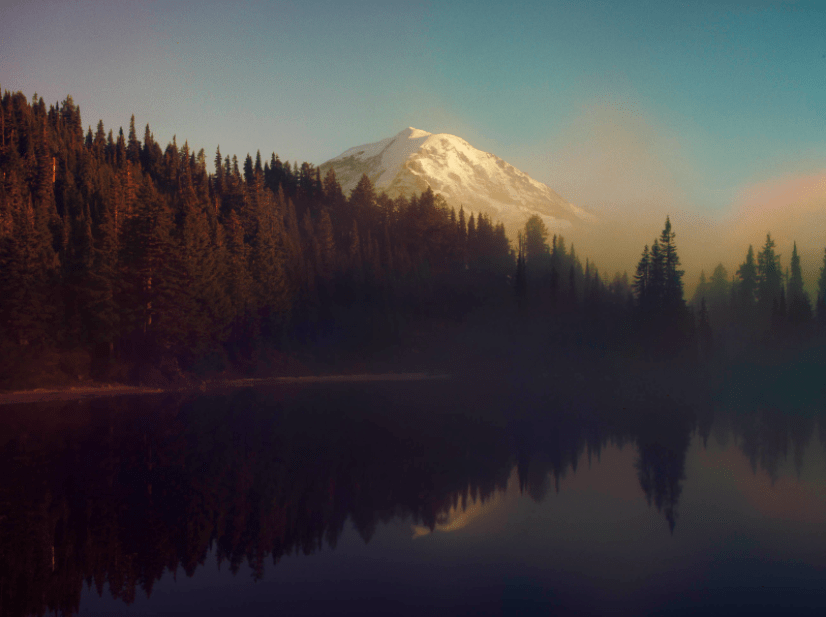 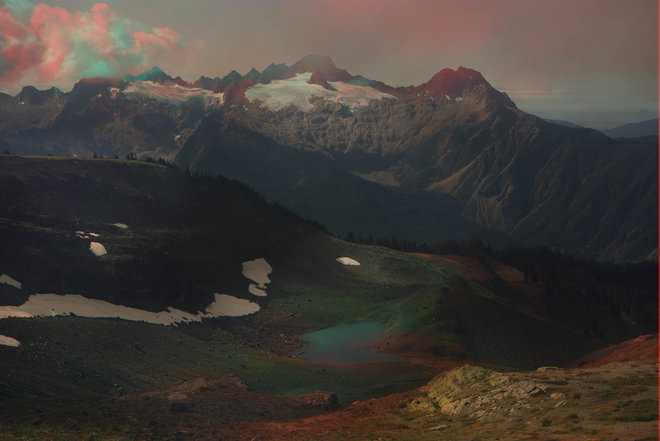 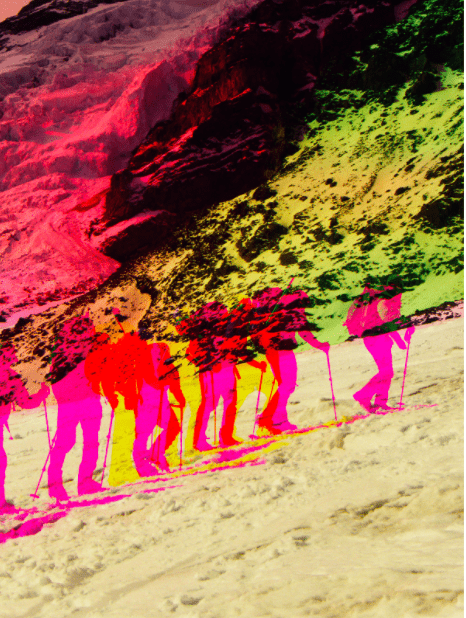 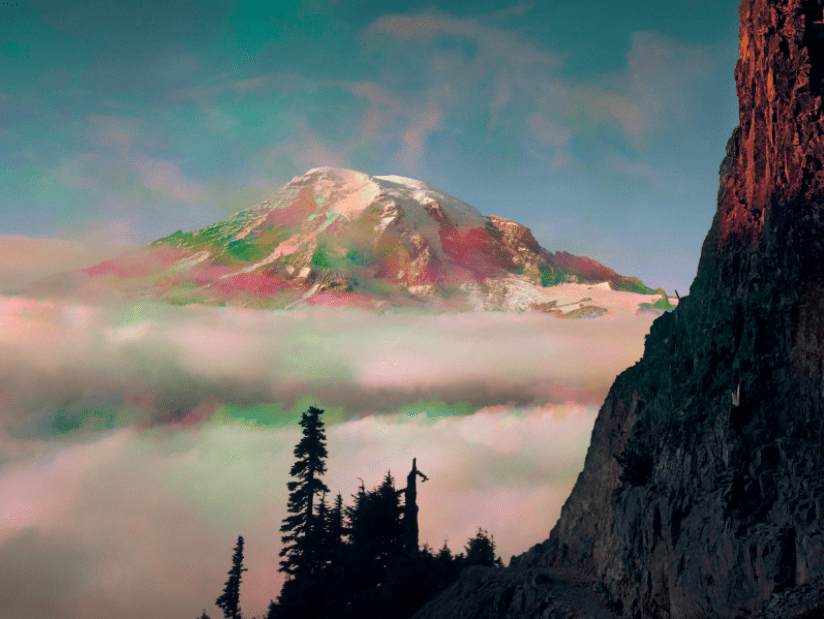 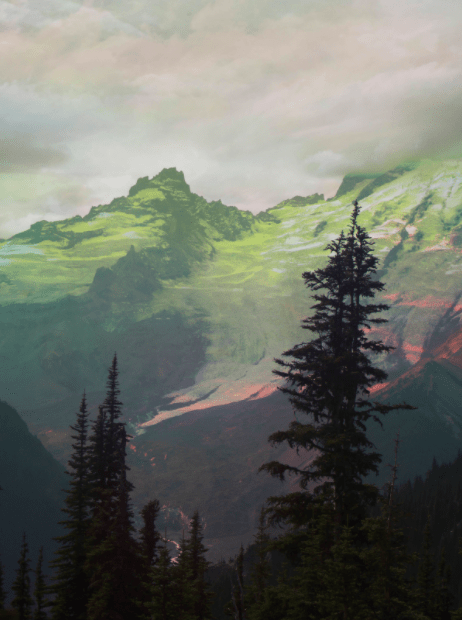 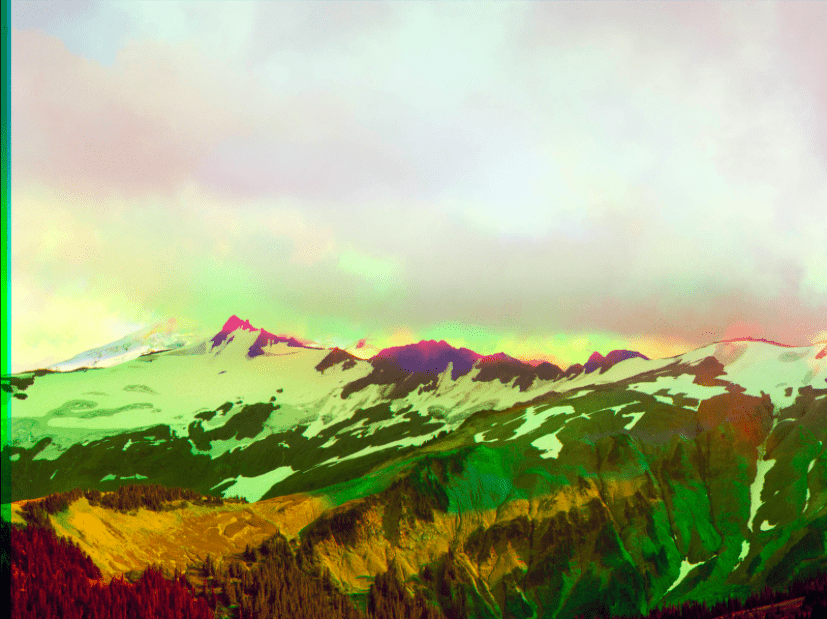 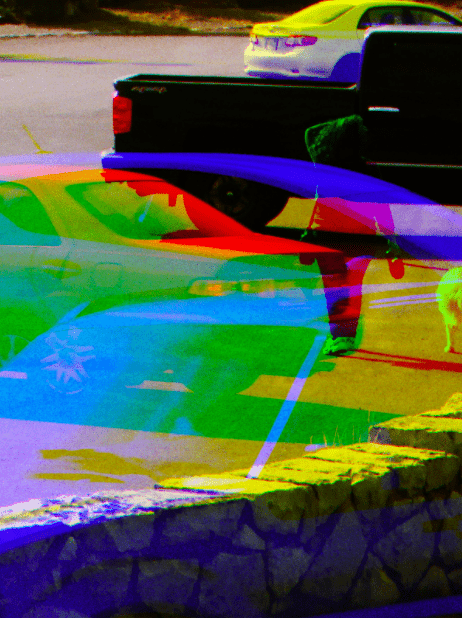 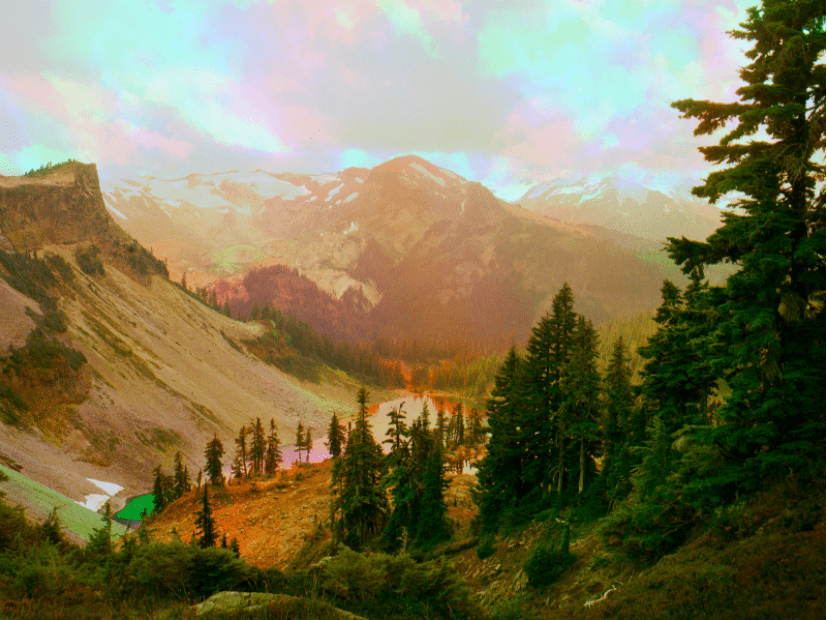 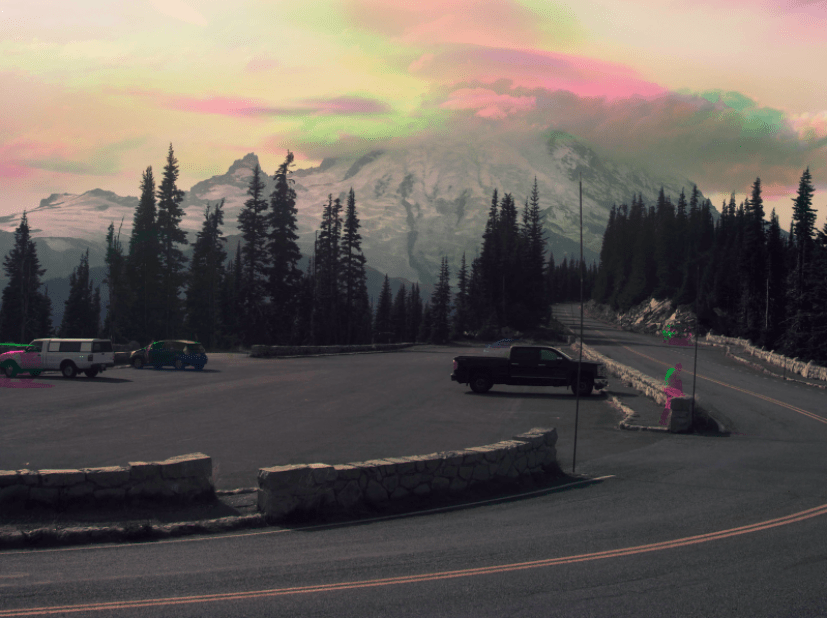 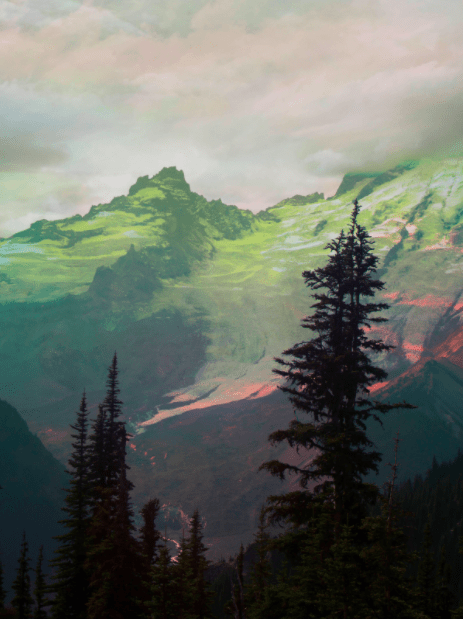 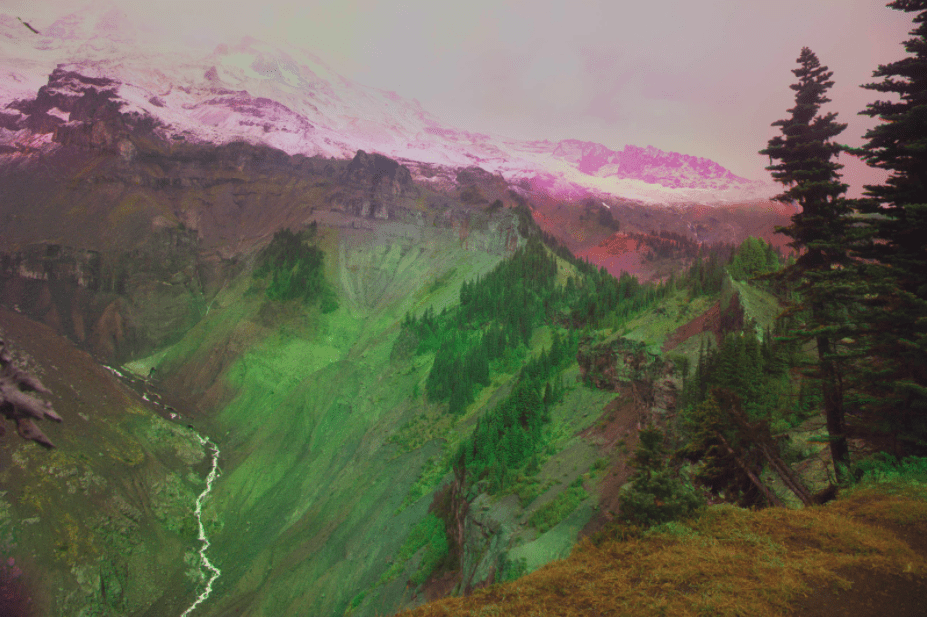 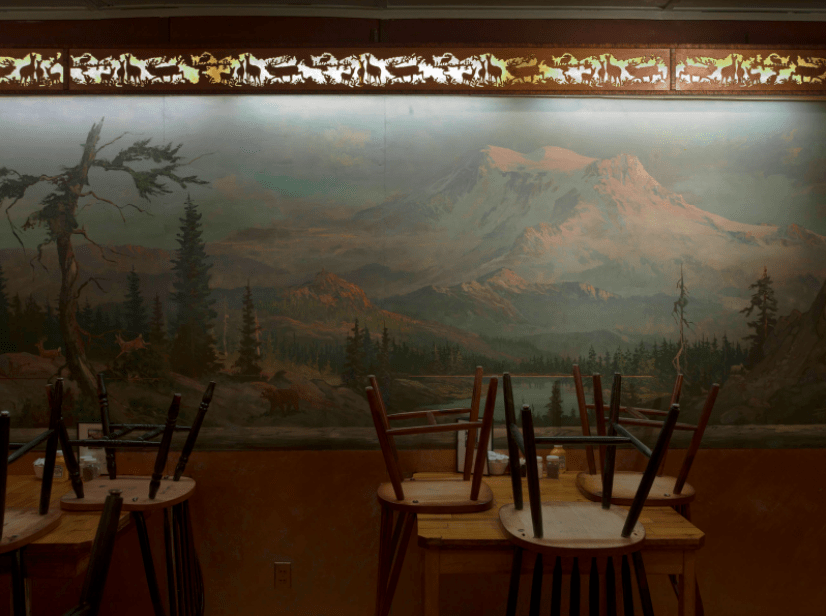 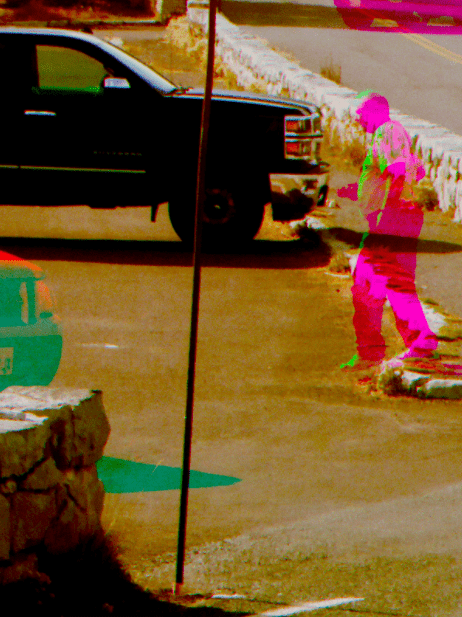 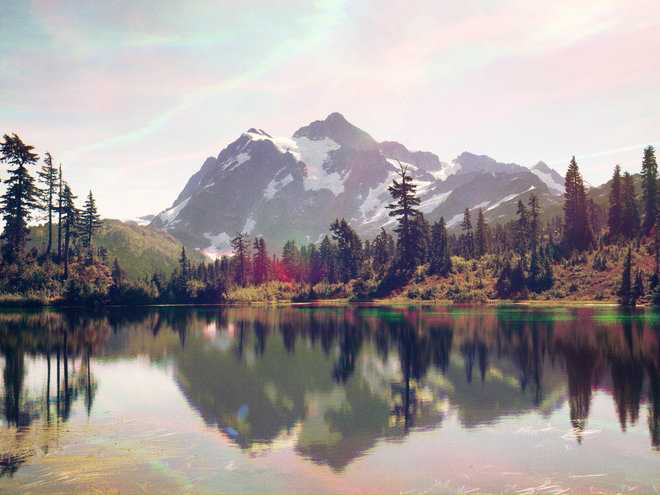 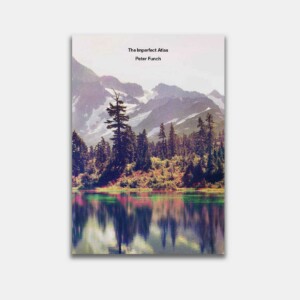 Climate change and its massive consequences is something we can no longer deny. However, the hard changes our nature and environment have to endure are not immediately visible to our eyes, which makes us blind and ignorant as the problems increase. It is this paradigm of perception and relation to place that photographer Peter Funch (b. 1974, Denmark) addresses in his new book, The Imperfect Atlas.

With the use of satellite and maps Funch managed to find locations of vintage postcards of Mt. Baker and Mt. Rainier (gathered over the course of several years) and he then made deliberately imperfect recreations of these stunning ‘vistas’. Imperfect, because the breathtaking images of landscapes and wilderness in the Northern Cascade Mountain Range as seen on the collected postcards no longer exist exactly as depicted at the time.

The pictures are as beautiful as they are worrisome. It is almost as if you are observing them through an old school View-Master: the device for children to view stereoscopic photographs. Yet, an uncomfortable feeling arises from looking at Funch’s landscapes, strangely at odds with a ‘normal’ viewing experience – frustrating the egoistic human desire to be in control, to ‘occupy’ reality as witnessed. 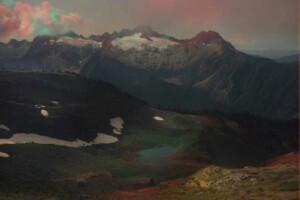 The glaciers are retreating while we, as human beings, are withdrawing ourselves from nature. Funch wants to create awareness of the drastic changes that these mountainous areas near Seattle are going through due to man’s severe impact on the wild environment. Funch captures the decay and transformation, revealing the transition from the pictures as seen on the old postcards to the landscapes near Mt. Baker and Mt. Rainier as they are today, by applying RGB-tricolour separation.

As indicated in the beginning of the book, on page 1, Funch’s method has an intended reference to the first colour photograph, as made by James Clerk Maxwell and Thomas Sutton in 1861. Indeed, made in the era of the Industrial Revolution; a period in time which, as we now acknowledge, more or less defines the Anthropocene – the moment in history when human beings started to have an immense and irreversible impact on Earth’s geology and ecosystems. The Industrial Revolution occurred around the same time that photography allowed to perceive far away nature – previously overwhelming and perhaps even frightening – as something more pleasant and aesthetic.

In line with techniques as applied by Maxwell and Sutton, Funch first shoots three separate images, manually holding up the different-coloured filters in front of the digital camera – one red, one green, and one blue. On the computer, the red filter goes to the red channel and so on. From the computer file, he then makes three negatives to make a C-print. It is a deliberately archaic process to enhance the chance of quirky deviations. 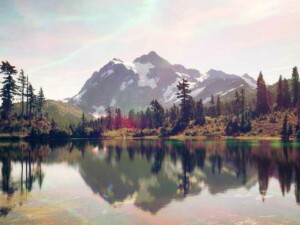 By making himself more vulnerable to failure, as he had less control over the development of his pictures, Funch provokes a dialogue about our impact on nature. In an interview with William Pym, a conversation that is also included in the book, he states the following: “When clouds move and the light changes, this murky, uncanny look appears […] I was searching for all the possibilities of mistakes that would create images that were either dystopian or tingling with pain – never the perfect beautiful postcard.”

Instead of duplicating the beautiful and harmless looking postcard views, Funch stresses on the susceptibilities of those locations: the glaciers being affected by climate change. The reference material – the postcards as archived and researched – are to be seen on the final pages of the book, serving as a painful index of the ecological disruption.

The Imperfect Atlas is available on TBW Books.