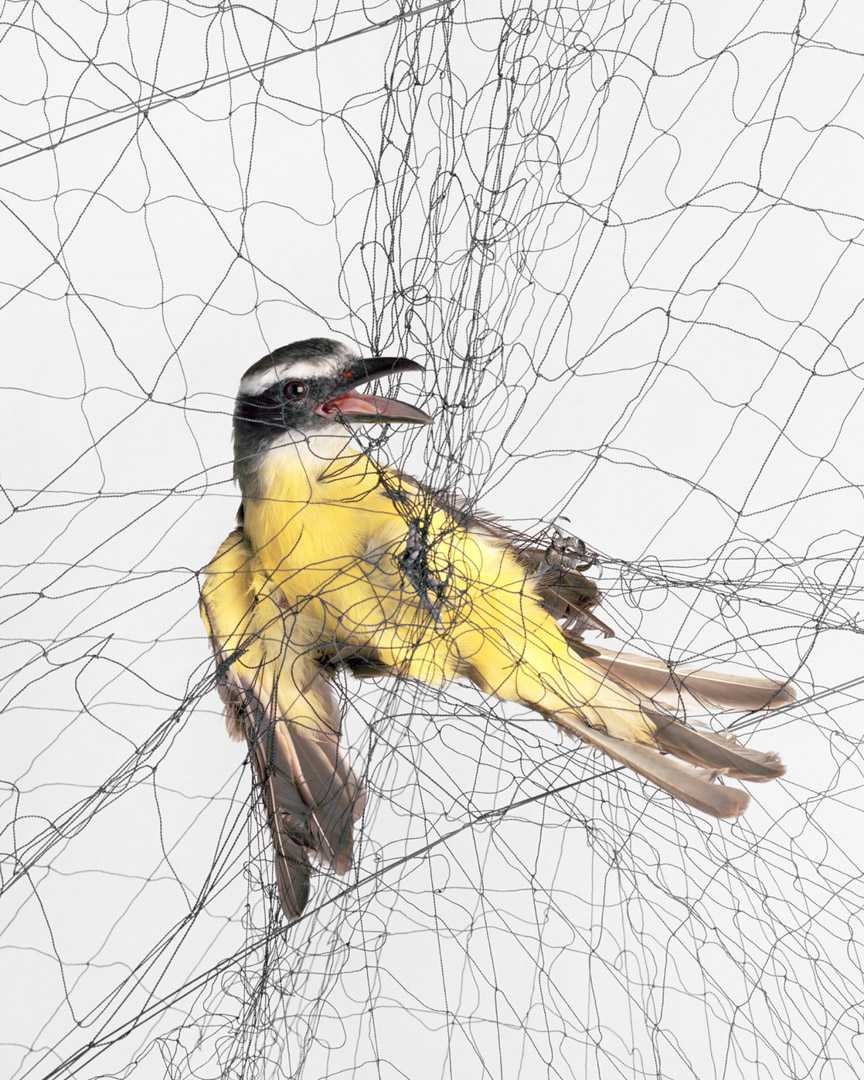 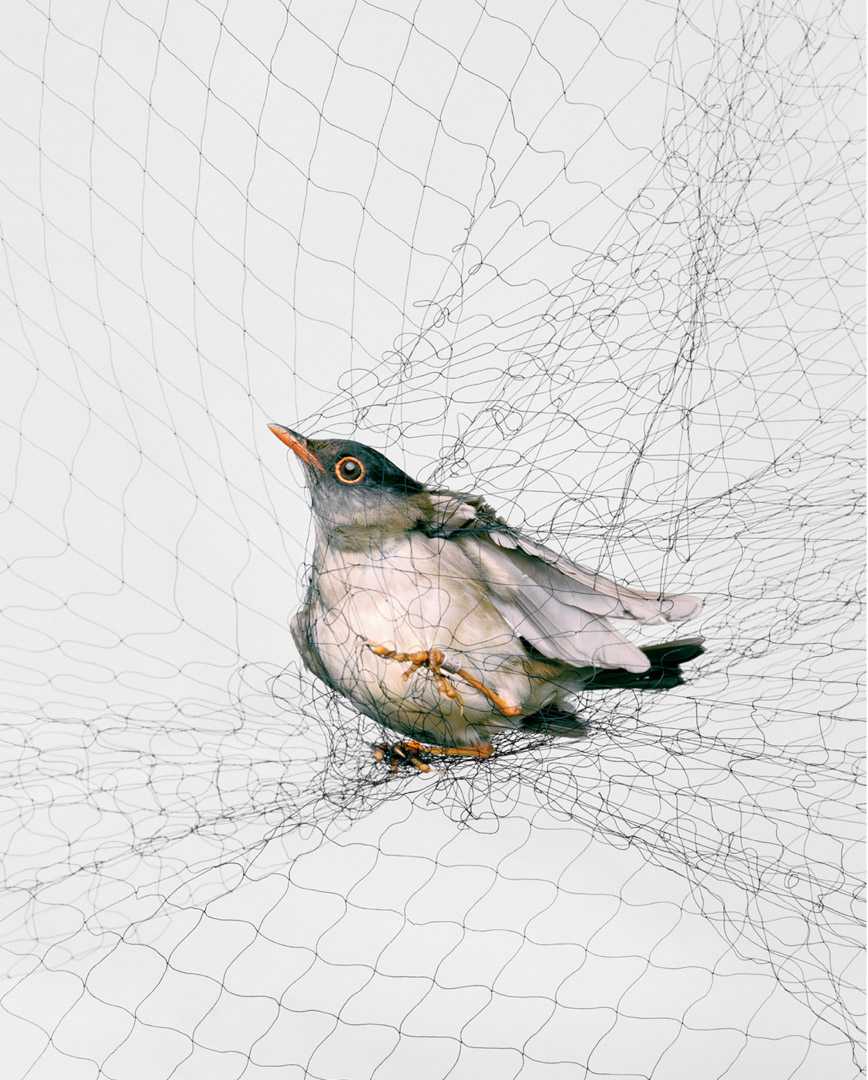 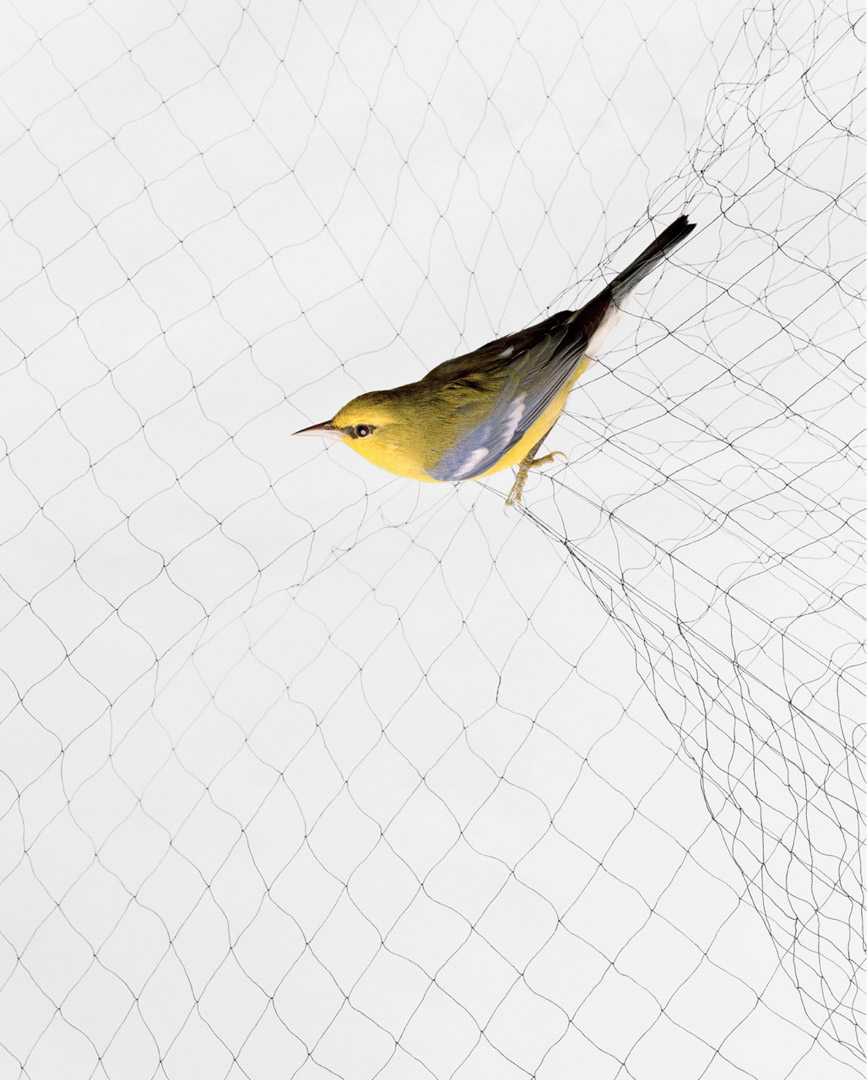 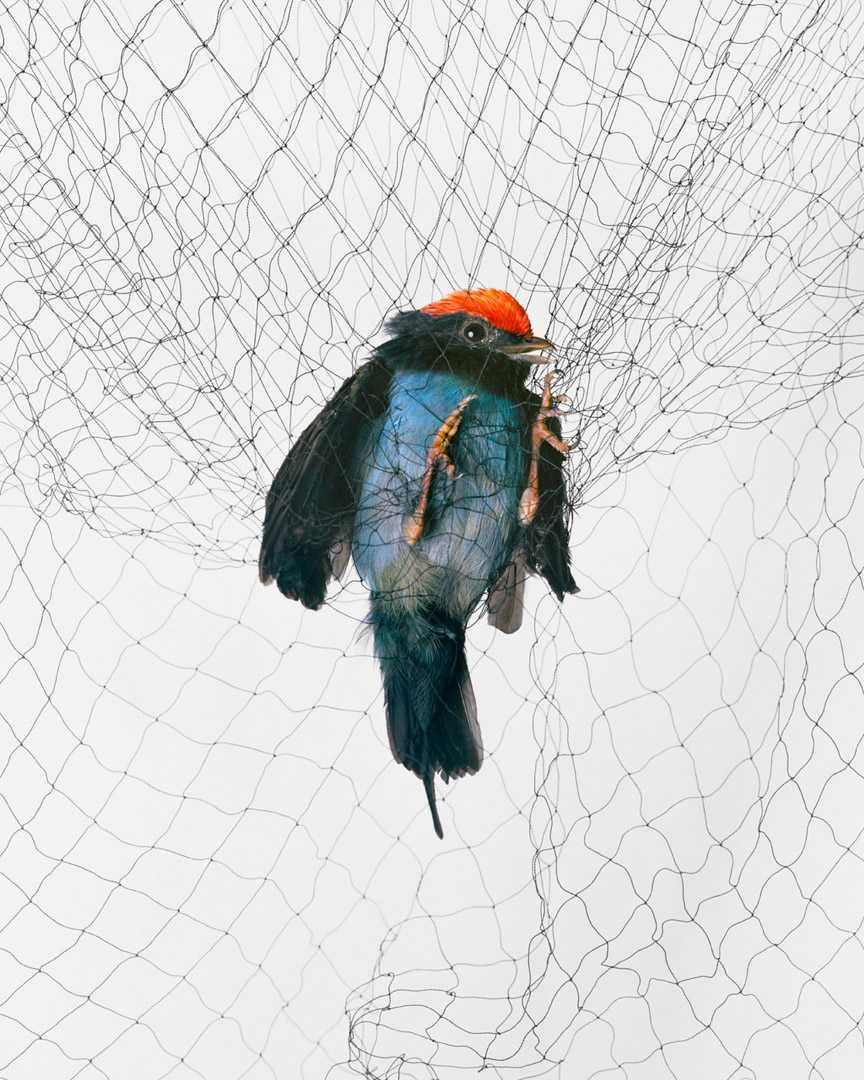 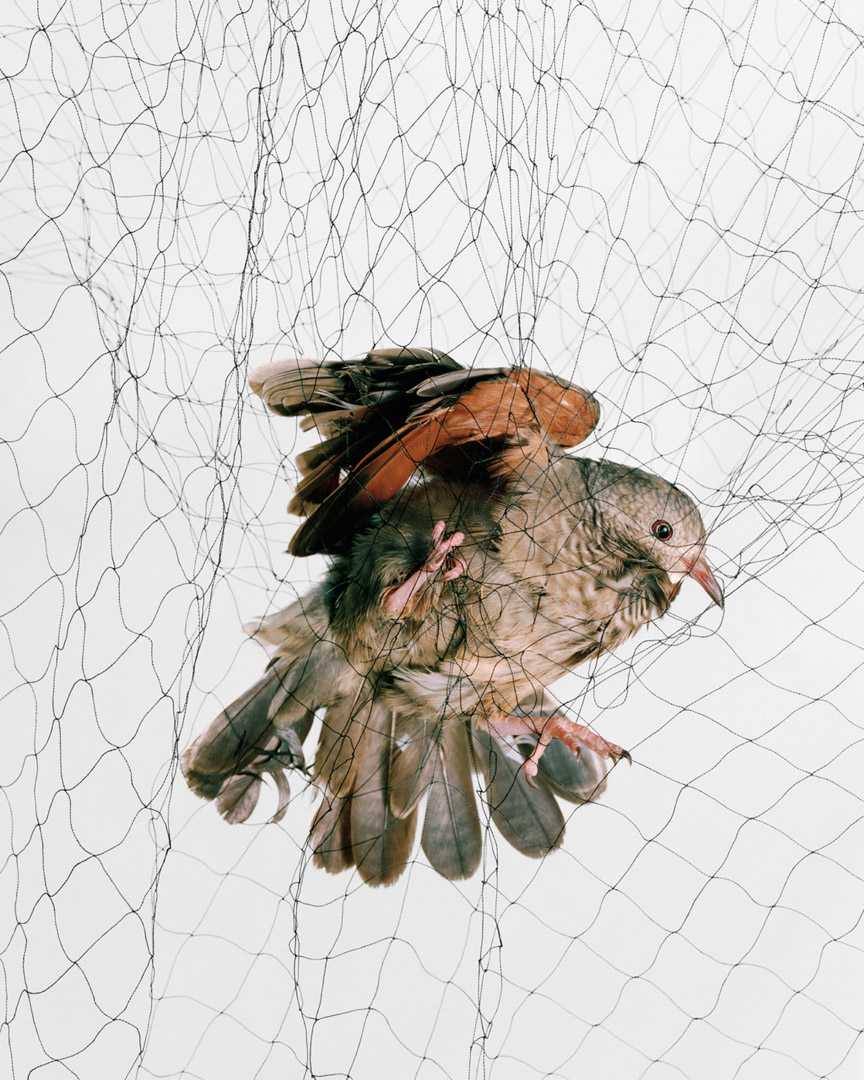 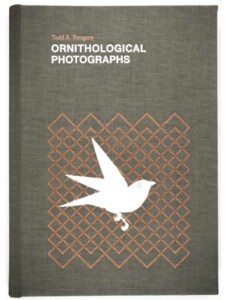 A bird is caught in a net, its brown-feathered wings stuck, suspended above its body, with its feet tangled in the fine mesh that surrounds it. This photograph of a common ground-dove is the first image the reader encounters in Todd R. Forsgren’s (USA) book Ornithological Photographs and, despite the at-first cruel appearance of the image, the book is in fact a scientific and ethical study of birds. Forsgren was inspired by John James Audubon’s Birds of America, first published between 1827 and 1838, with Ornithological Photographs bringing his practice into the 21st century. The book contains photographs of many different types of birds from all over the world, all suspended in the fine mist nets used by scientists when ‘banding’ (the practice of individually numbering birds with a metal band on their ankles) on a clean, white background.

The photographs in the book are completely different to any study or bird-watching images one might recall. The animals are shot on location, but Forsgren’s use of a plain background, with nothing to disturb the view except the net, captures the birds in a surprising new perspective. Even a sparrow looks delicate and complexly decorated, its brown body taking on so many more hues than can have previously been imagined. Each image is accompanied by the common and Latin name of the bird, reminding the viewer of the scientific importance. Removing the specimens from their leafy background puts all the focus on them, meaning they don’t have to compete with any other distraction and can be appreciated in full. The phainopepla is particularly striking, the mix of bottle green and sapphire blue bursting off the page, or the swallow-tailed manakin with its shock of orange feathers on its crown: it ignites an interest in birds in the viewer that may have never existed before.

Anthropomorphism also plays a large part in the book, drawing the reader in by making them feel for the animals, something which is rather easy to do with dogs, for example, which have more readily recognisable facial gestures. The book captures the creatures when they are “embarrassed, fearful, angry, and vulnerable” and this emotion is clearly visible in their eyes or from the way their beaks are open in some inaudible screech. It is also possible to discover individual characters between each species, some have struggled in the nets, entangling themselves more, conveying an active, feisty ‘personality’ and others are completely still, paused in the exact same position as they were when they happened to fly into the net. Forsgren’s study adds humanity to the ornithological field, something which Audubon certainly seemed to lack.

If perhaps, the reader is not a bird aficionado, there are certain aspects which may, unfortunately, alienate them. The book is separated into chapters such as ‘Non-passerines’ and ‘Passerines – Sub-oscines’, which needed further research in order to find out what that actually meant (and I’m still not sure). It is rather confusing as to whether this book is trying tobe artistic or academic. The images are undeniably surprising and attractive but the accompaniment of three essays in the back and the introduction by Forsgren’s father gives an entirely different feel to the tome. Forsgren senior is a veterinarian, meaning he has a reason to give an interesting insight into the book, but his sentimental musings on “Todd’s remarkable mother” and stories of when he first held Todd as an infant are sickly sweet and at odds with the rest of the content.

Essays finish the book from specialists in art and wildlife, but seem to overcomplicate matters and draw out subjects that can have been explained in a few lines, such as the ethical issues surrounding the images. John A. Tyson is incredibly knowledgeable in contemporary art, but comparing Forsgren’s photographs to the likes of Barnett Newman, Richard Avedon and Jackson Pollock seems like a bridge rather too far. Forsgren may feel the need to certify the necessity of his book through this verbosity, but they have more of the opposite effect, and he should’ve let the images speak for themselves. Ornithological Photographs attempts to be a piece of art and of academic importance all in one, but would have been stronger by focusing on just one. The images are beautiful, but the added content suppresses the energy of these vibrant, very much alive birds.Ornithological Photographs can be purchased online.