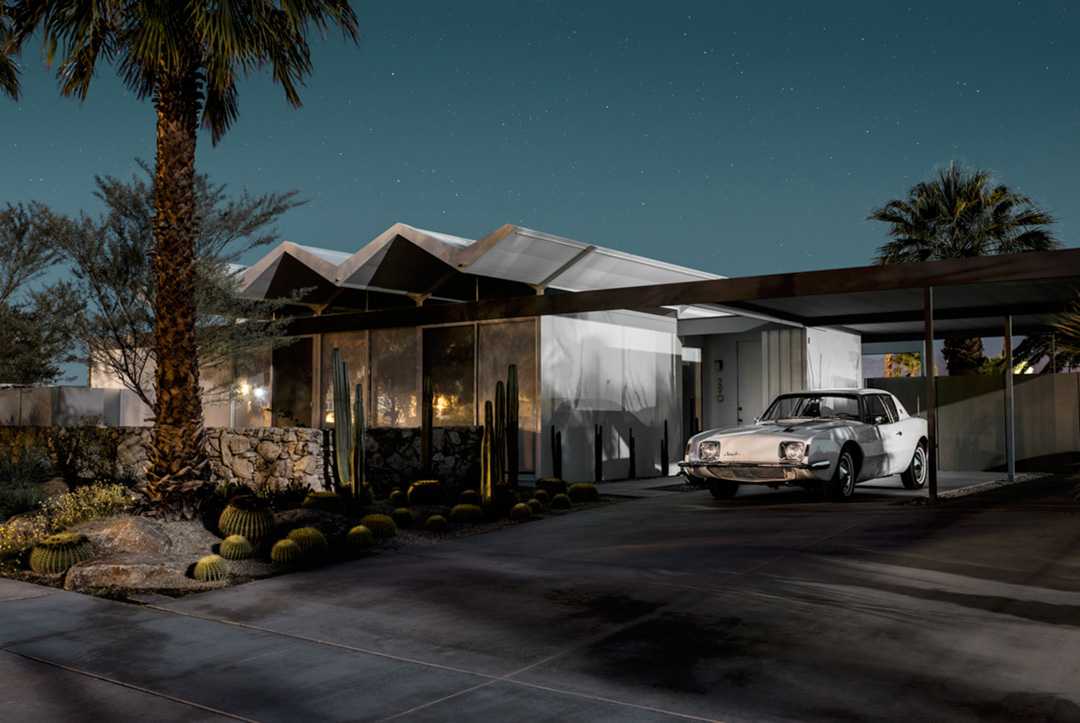 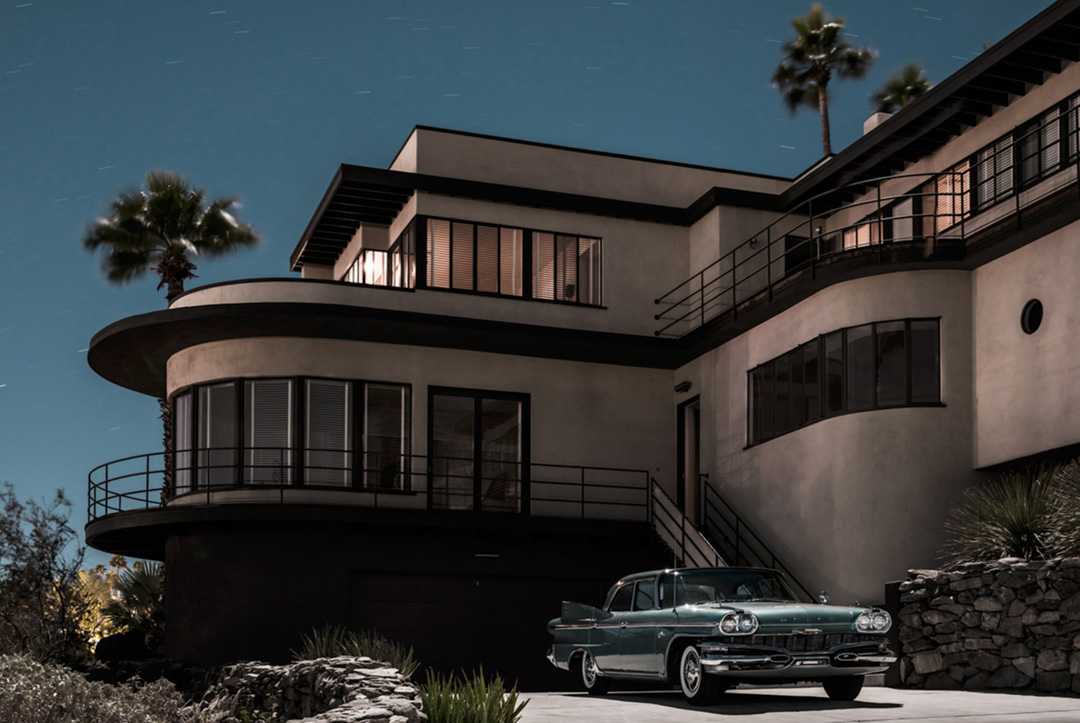 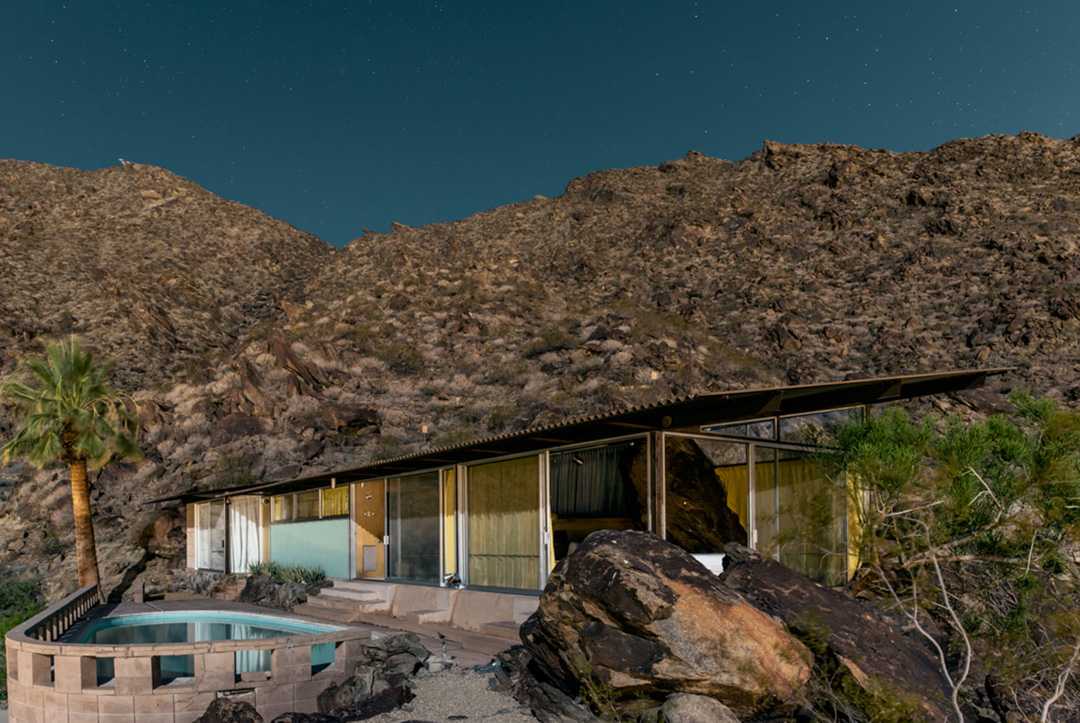 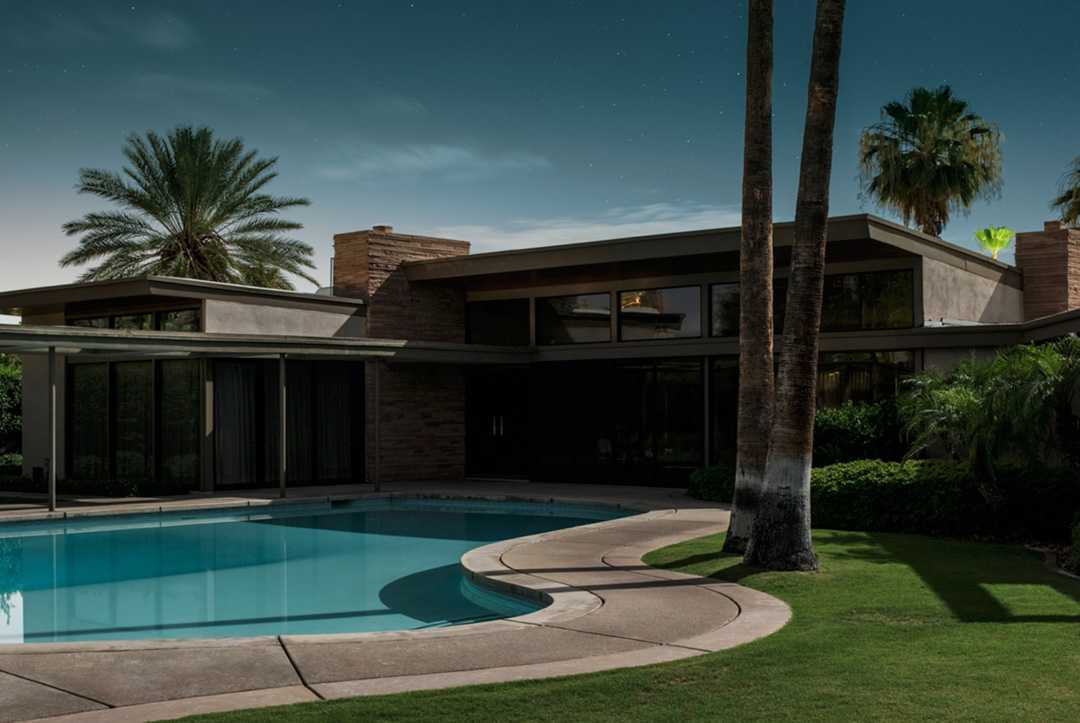 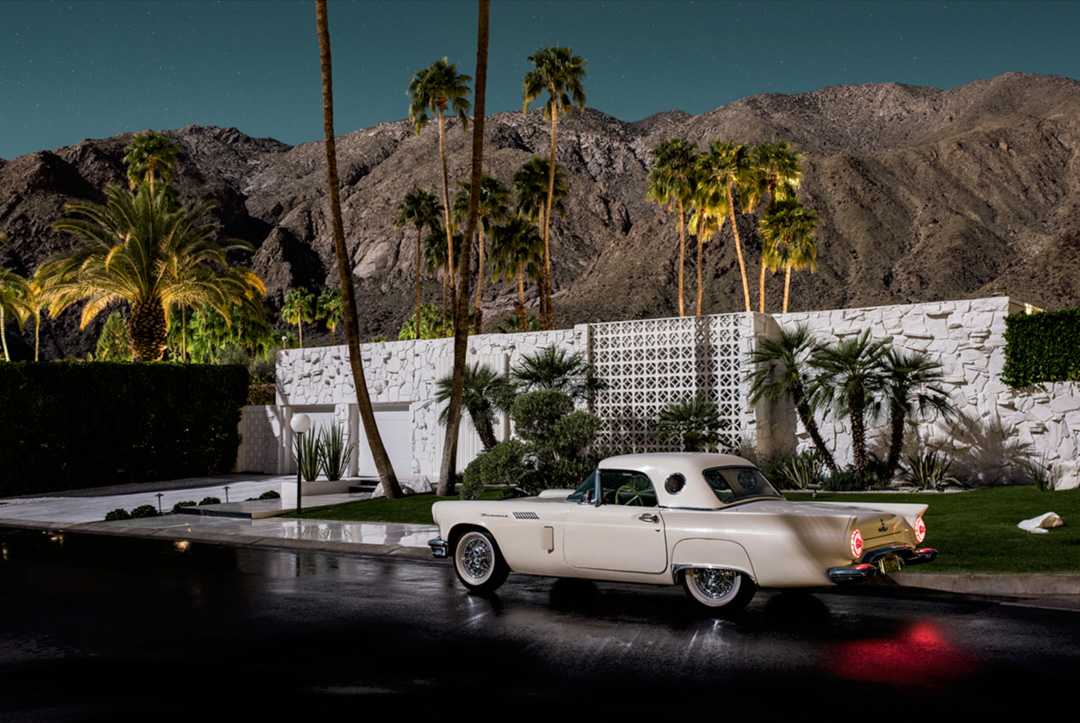 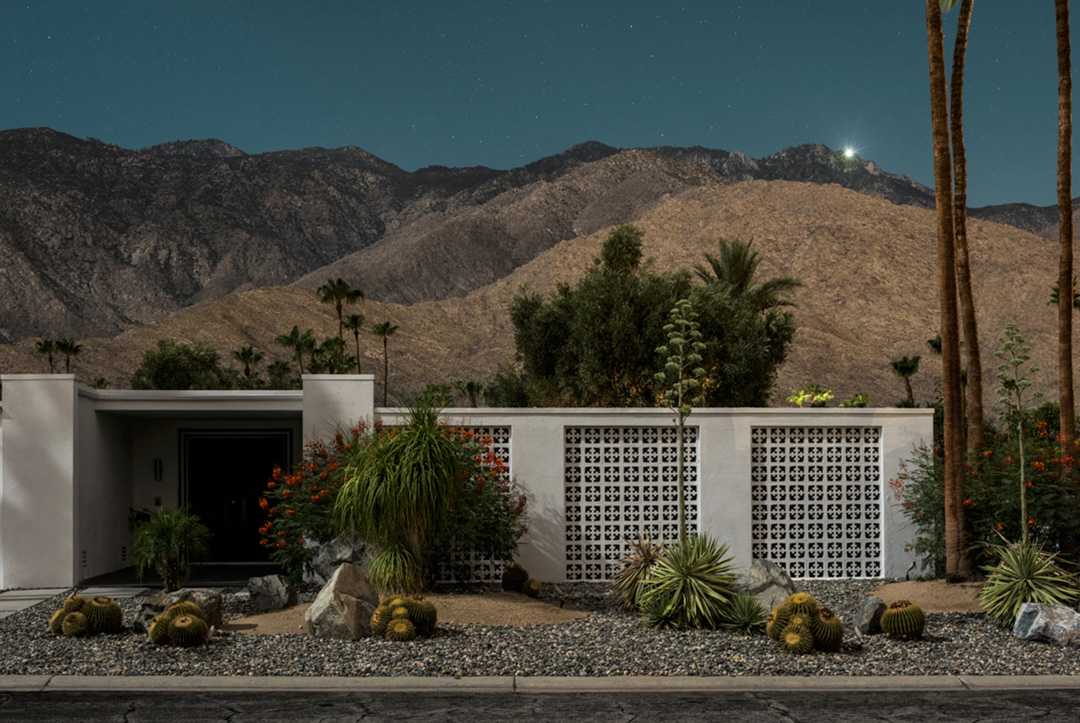 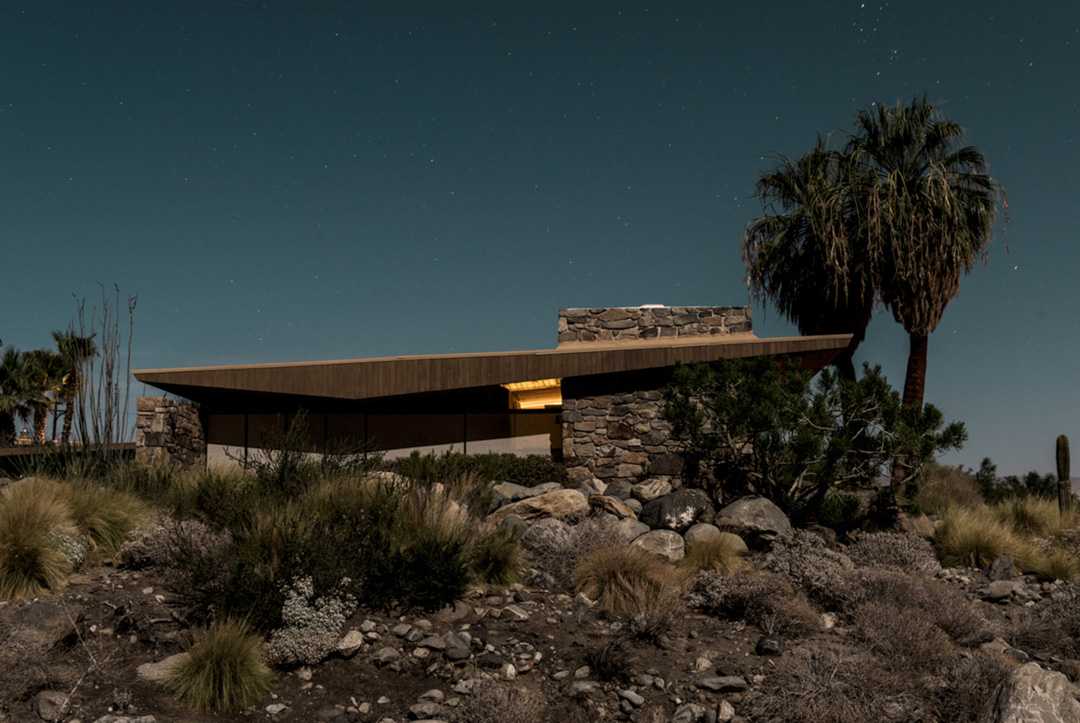 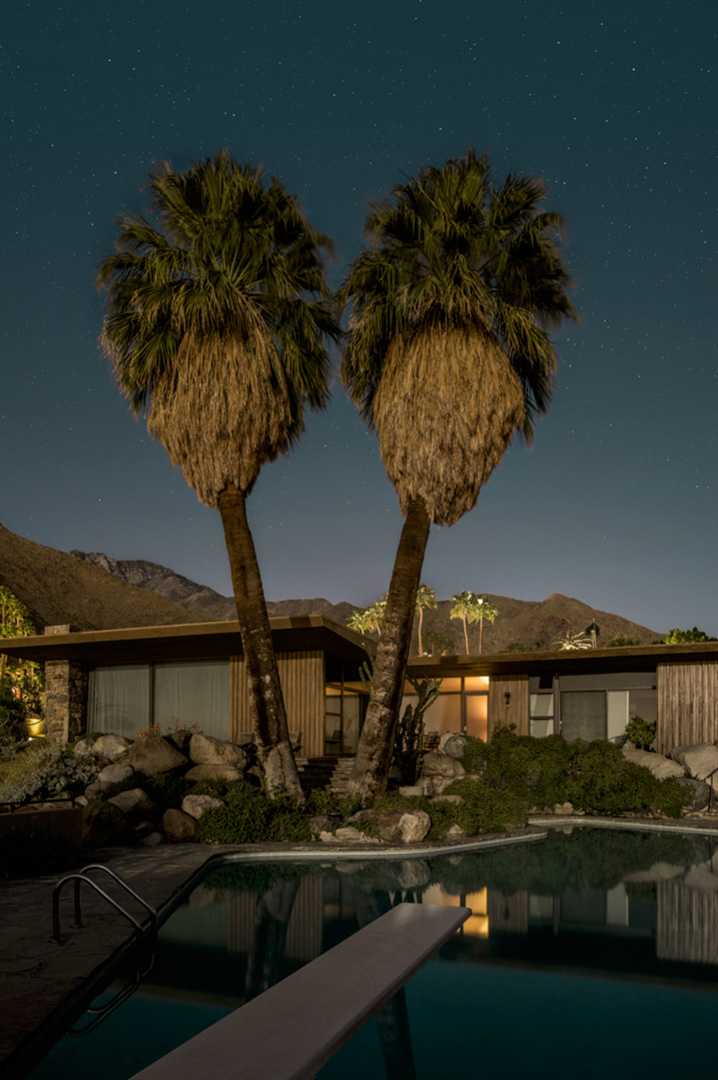 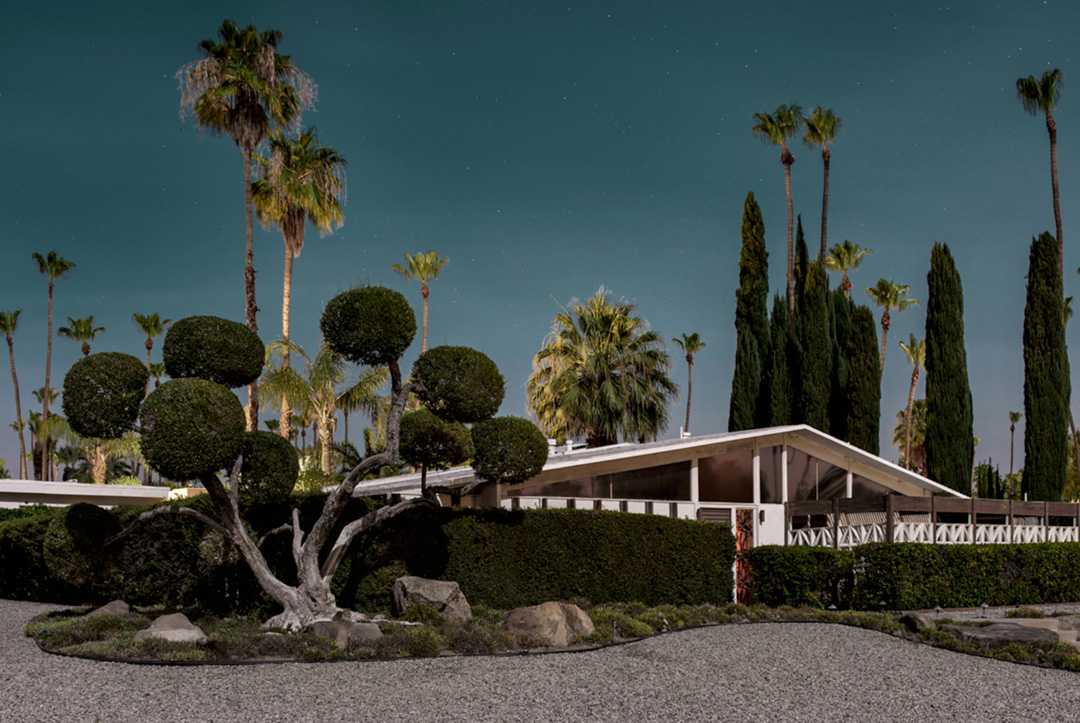 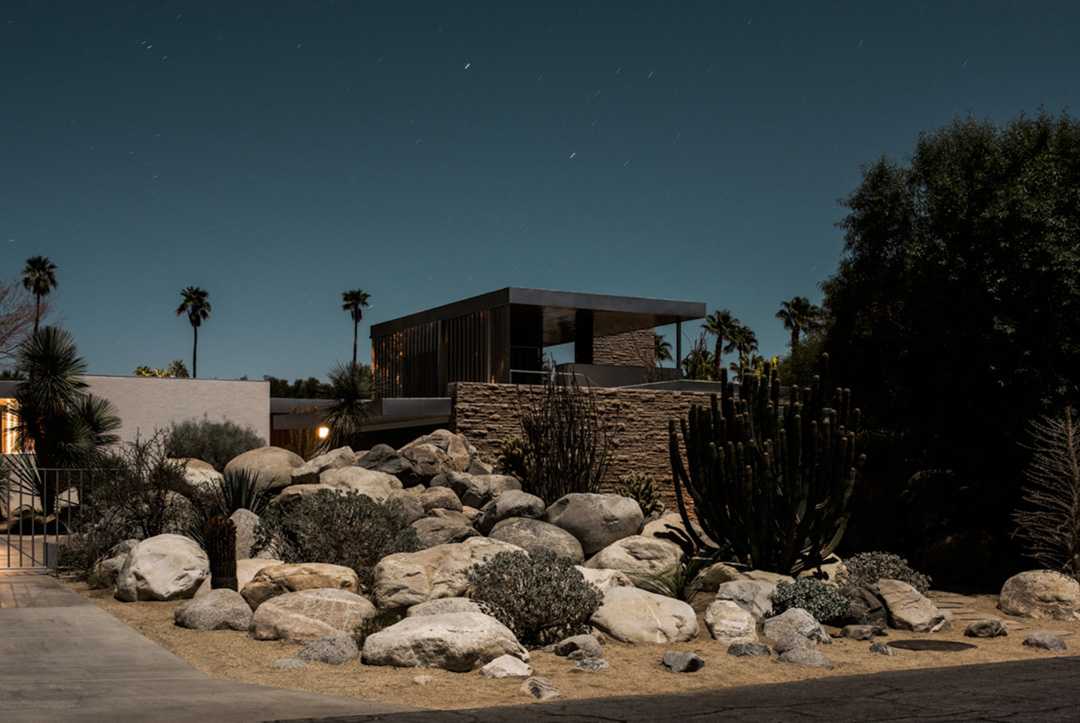 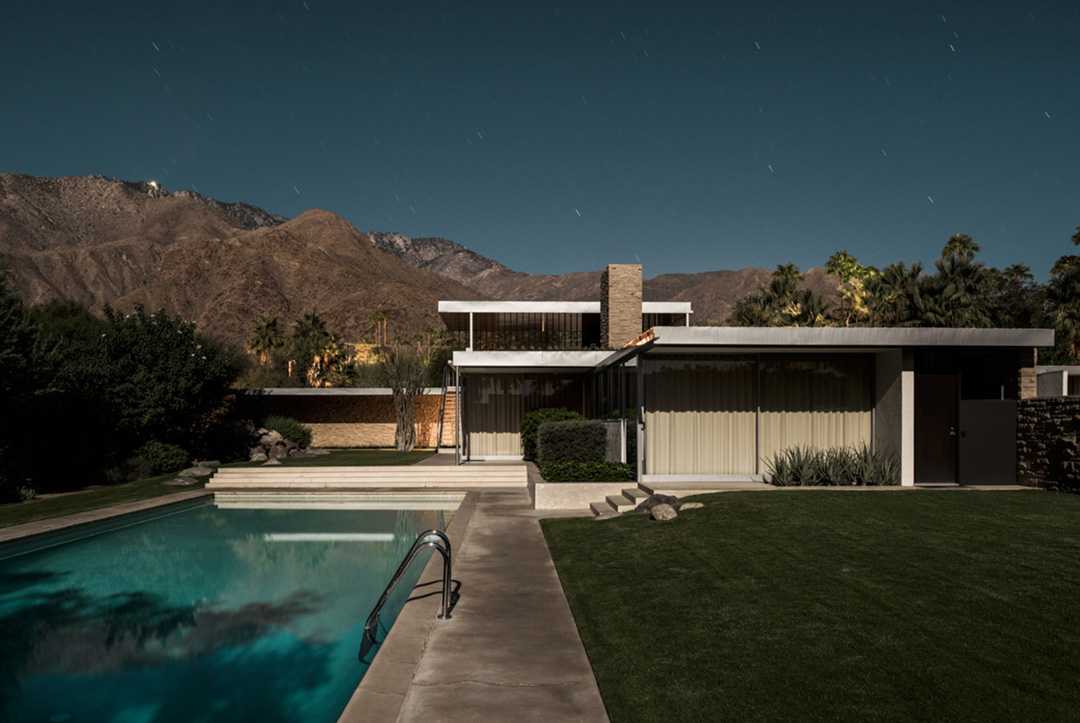 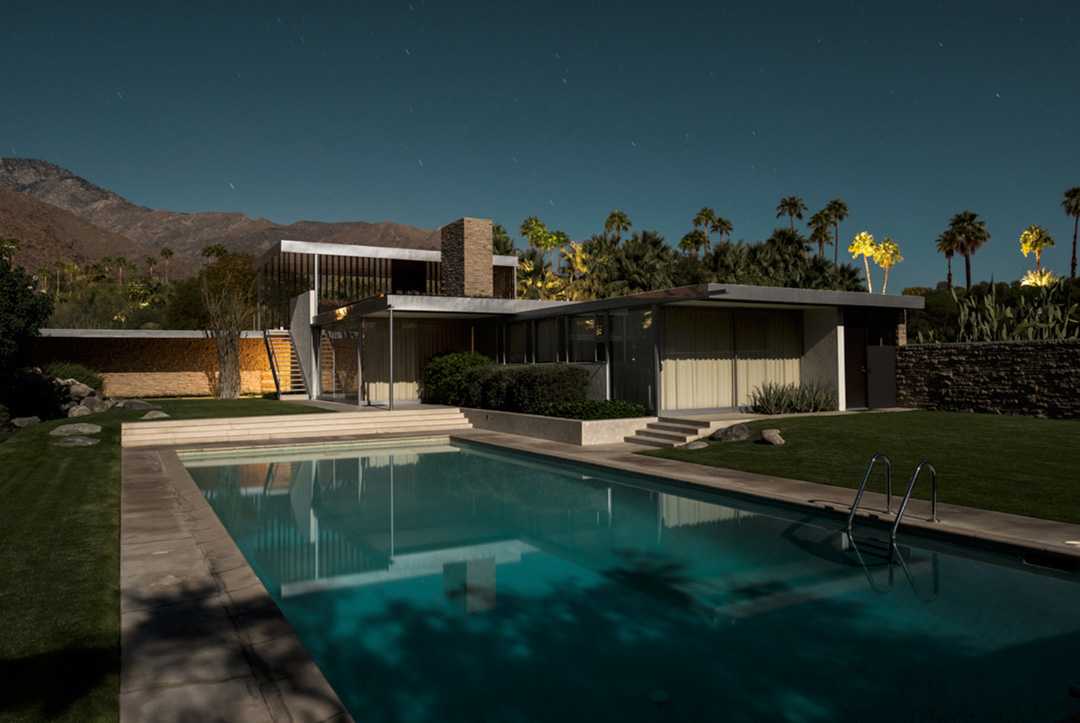 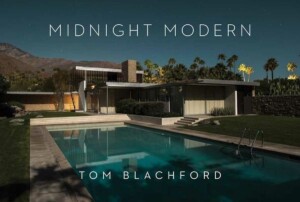 Tom Blachford (b. 1987, Australia) presents his book Midnight Modern – a view of Palm Springs and its internationally renowned Modernist houses, shot entirely by the light of the full moon.

Midnight Modern features 69 of Blachford’s architectural images and is introduced by Chris Menrad, the founding board member of the Palm Springs Modern Committee, in which he gives a brief history of Palm Springs. Menrad describes the seclusion which attracted the rich and famous of Los Angeles, and the natural fit of Modernism with the desert: “The style’s crisp lines echoing the mountains beyond, and the open plan of construction allowing for a connection to the outdoors where much of the daily living was done.”

Created over the course of three years, Blachford’s crisp and cinematic images function as portals in time, with the homes, cars, and beautiful scenery referencing the time in which they were constructed, mostly during the 1950s-60s. Each picture is captioned with the name of the architect behind the house and its year of construction. Additionally, many of the homes are accentuated by luxury vintage cars produced around the same time as the houses’ construction, some of which were staged from Menrad’s collection, and the make, model and year of these are also captioned. As we progress Blachford’s book, we see that the crisp moonlight adds a stimulating and magical touch and shows a contrasting side of a town famous for its sunshine, cocktails and hedonism.

Working closely with the Palm Springs community, Blachford gained remarkable access to some of the most coveted architectural jewels in the area, including the Kaufmann Desert House, Edris House, Frey House II, Frank Sinatra Twin Palms House, and dozens of restored Alexander tract homes in the valley. The image ‘Ship of the Desert’, for example, shows how the natural moonlight reflects against the car in the driveway, creating a twinkly and starry ambience. There is something rather dramatic Blachford’s work – shown by night, the houses sometimes hint towards the life that goes on unseen behind the walls by interior lights. With carefully manicured lawns that boast an impossible mixture of green grass and cacti, there’s the distinct awareness of not just individual lives, but entire families, staff, and infrastructure that enables such a reality to exist. Each house conjures thoughts of holding a secret of some sort, perhaps an untold party or a dark love affair.

And thus, Blachford invites the viewer to script their own drama going on behind the walls of these historic homes. In the end, however, Blachford’s work is first and foremost about the architecture and landscape of Palm Springs. In his words: “This original work is a rich contribution towards spreading awareness about our architectural heritage and the importance of preserving it.”

Midnight Modern is available from publisher powerHouse Books. A selection of images from the series was published previous by GUP as an online portfolio.