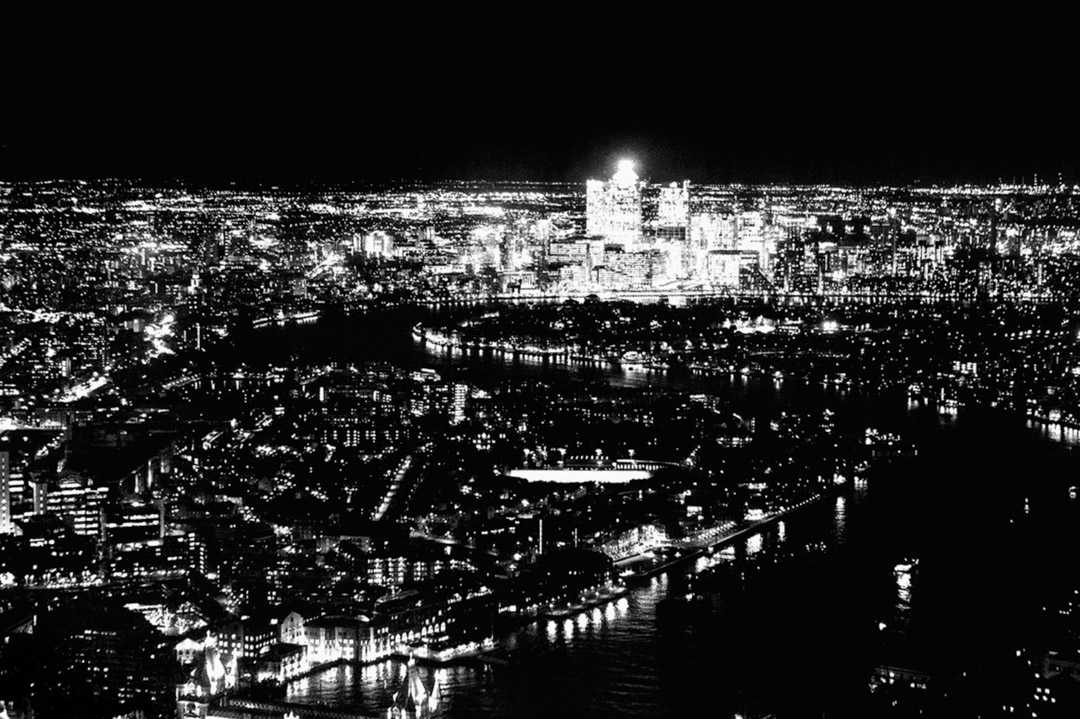 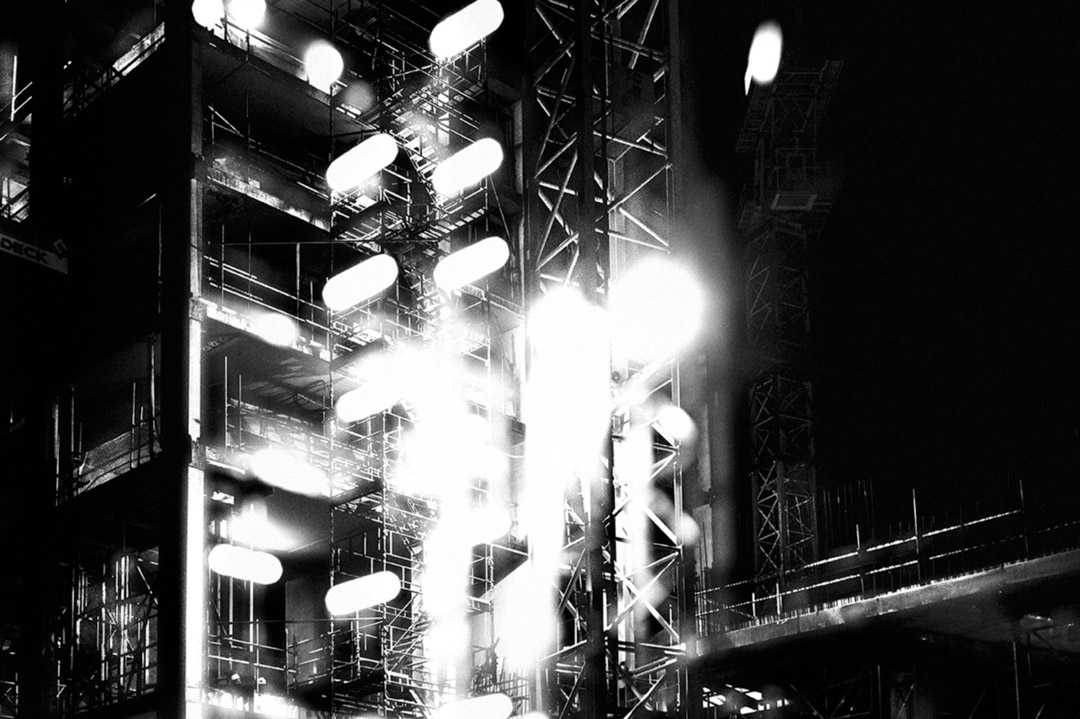 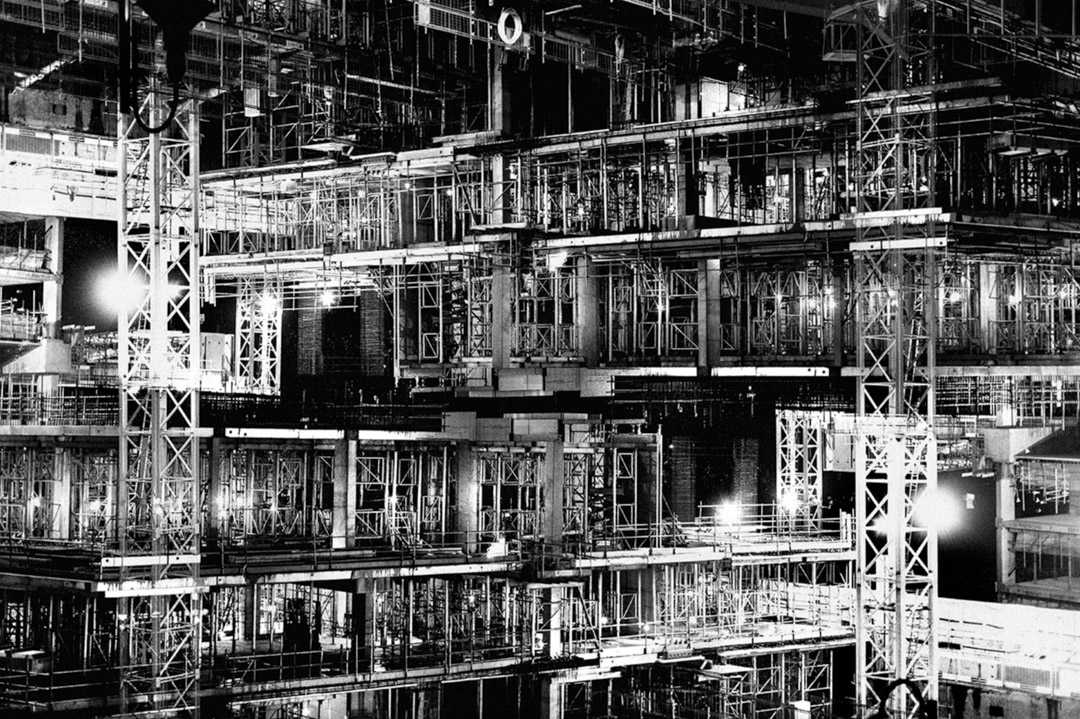 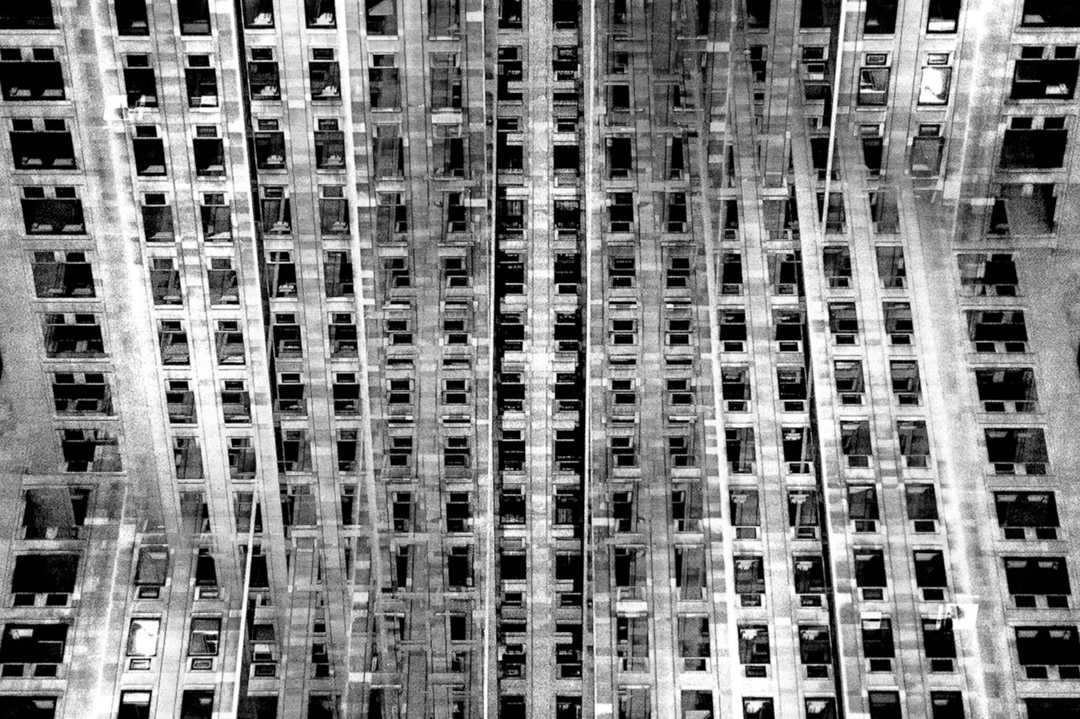 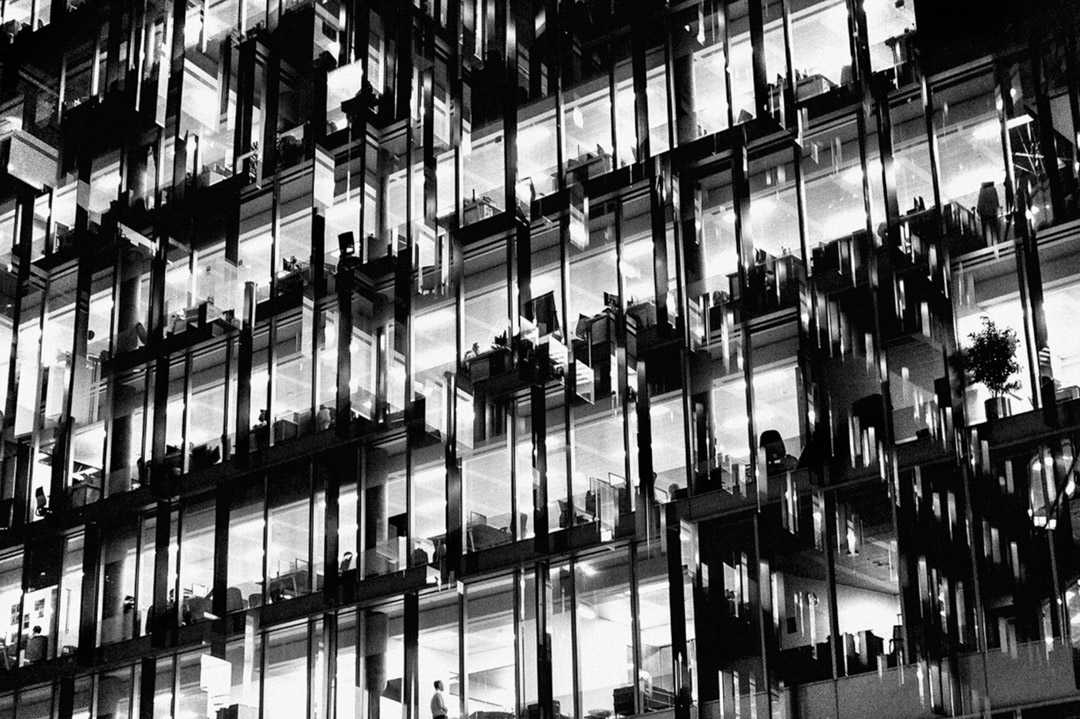 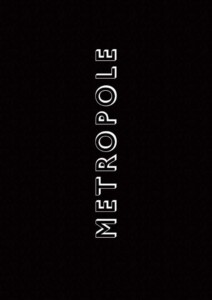 British photographer Lewis Bush (1988) looks in his ninth monograph Metropole at an imagined future of London. Captured during walks through his city of birth, the book’s images depict London as an increasingly unaffordable and unfamiliar city. As Bush’s introduction to the book explains, he thinks that London’s commercial drive and city transformation is turning London into a city that is “devoid of a future, bereft of the past.” He captured this view in high contrast black and white photos of high flat buildings, photographed mostly in the dark, with the light that shines through countless windows creating abstract patterns. Towards the end of the book, the patterns become more and more dizzying, leaving no benchmark for the viewer, suggesting a time travel, arriving in the last photo, a majestic bird’s eye view of London’s financial centre.