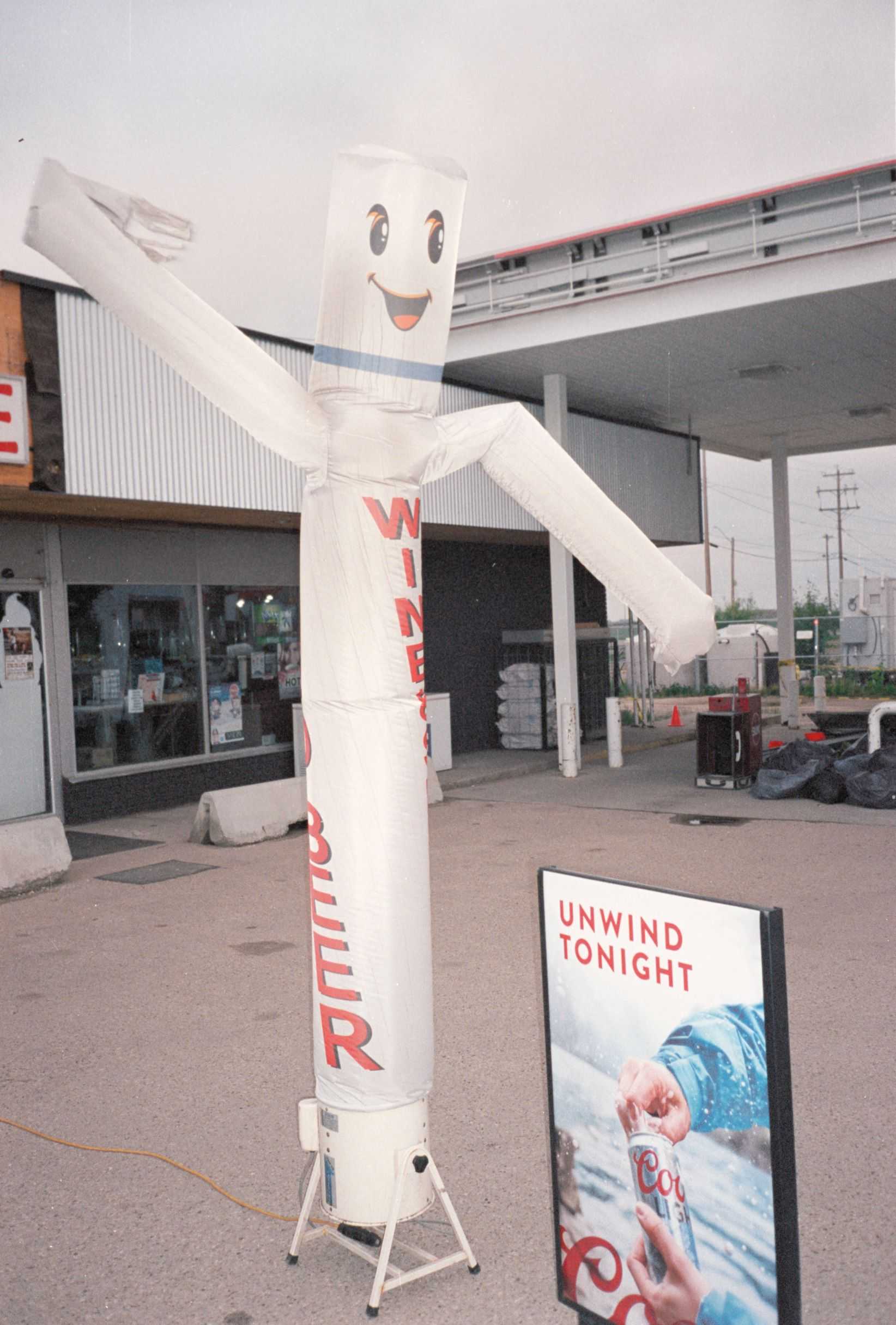 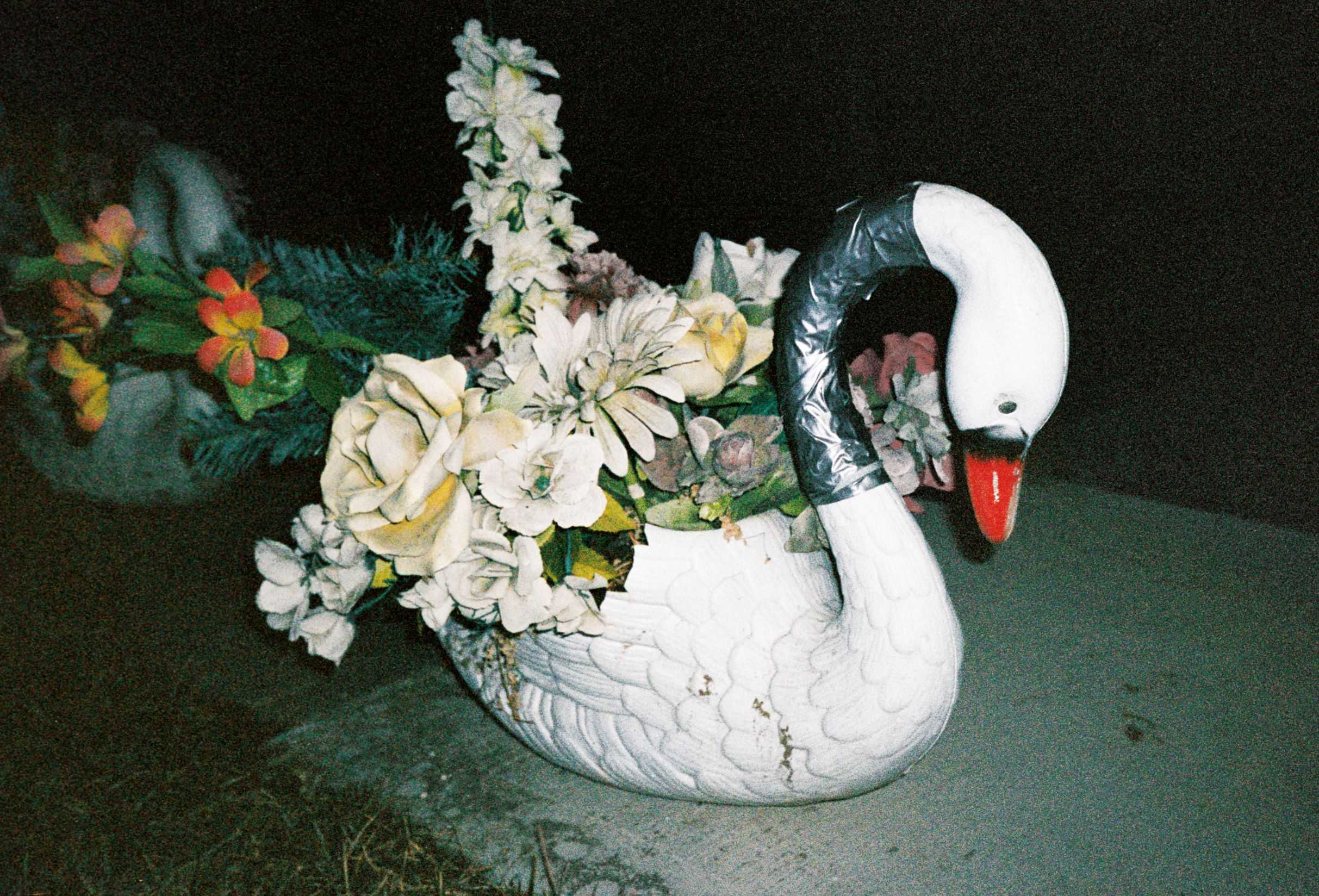 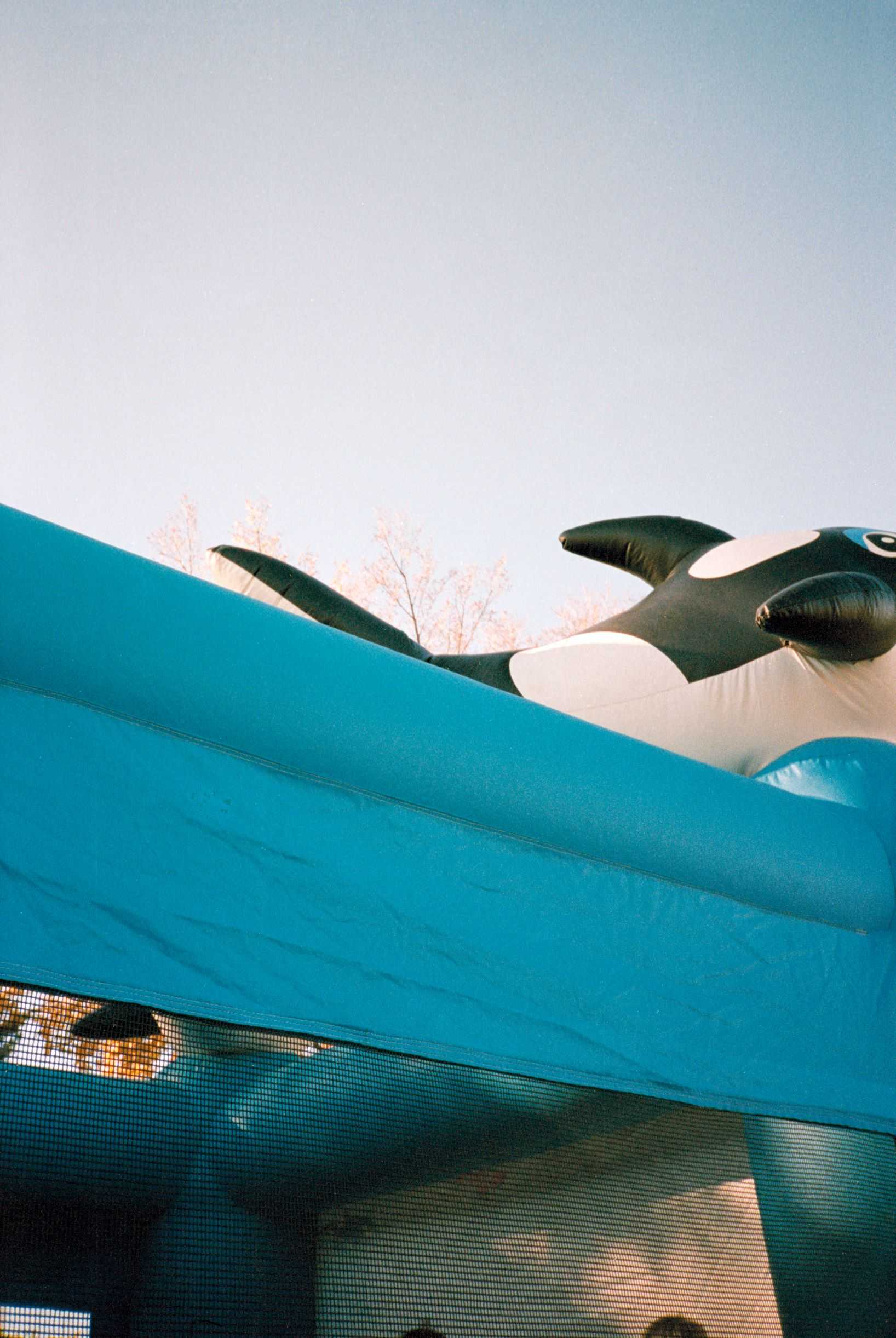 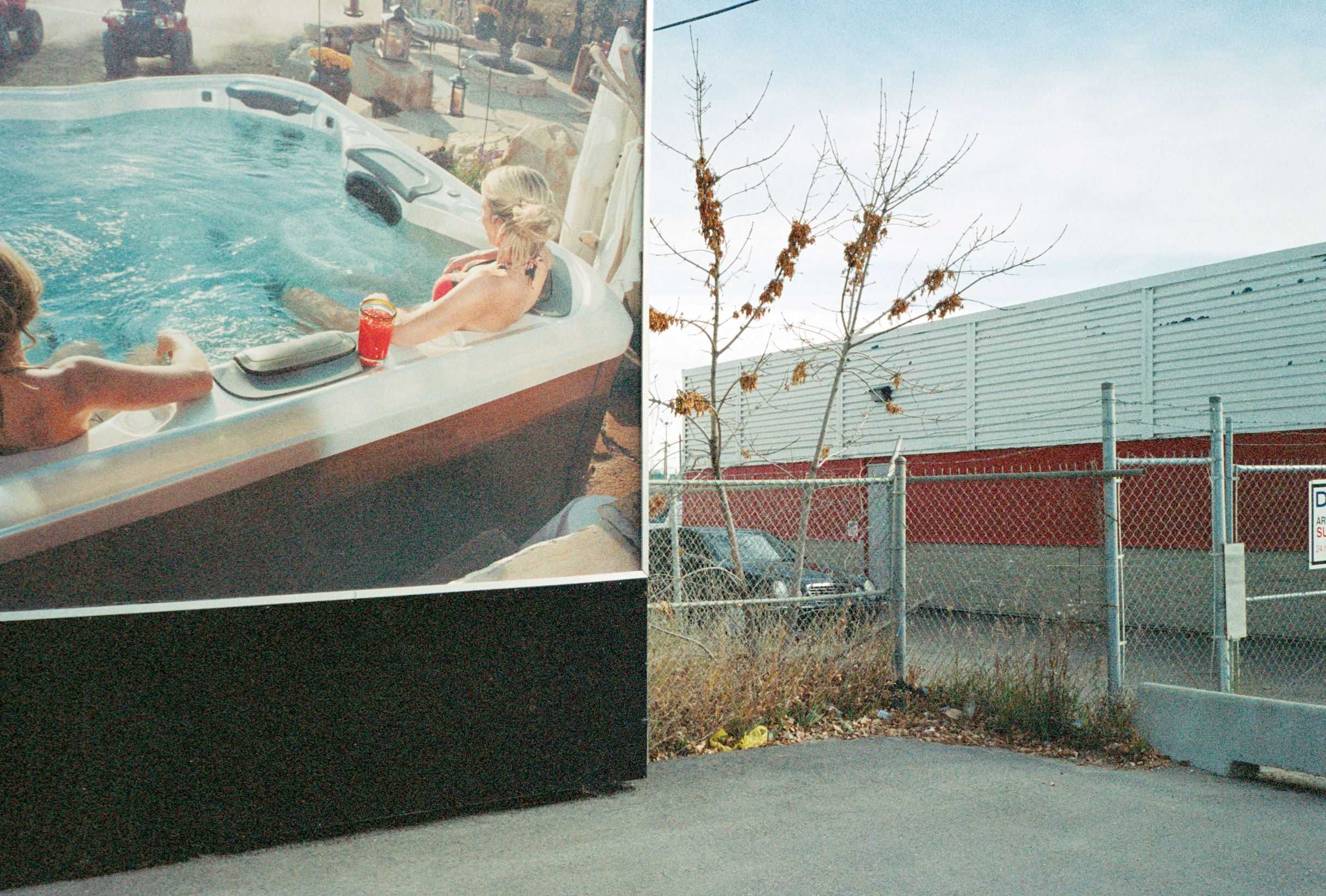 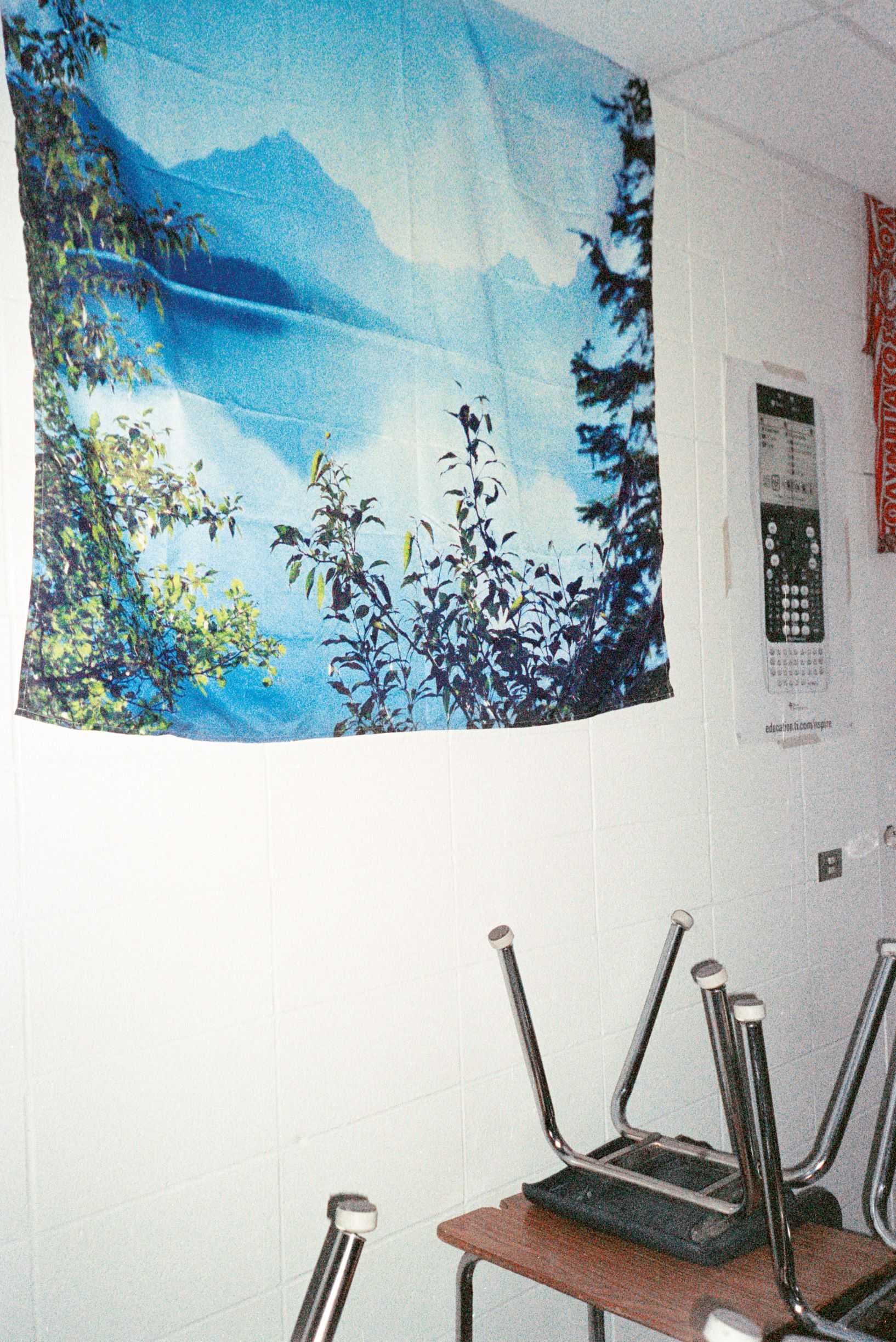 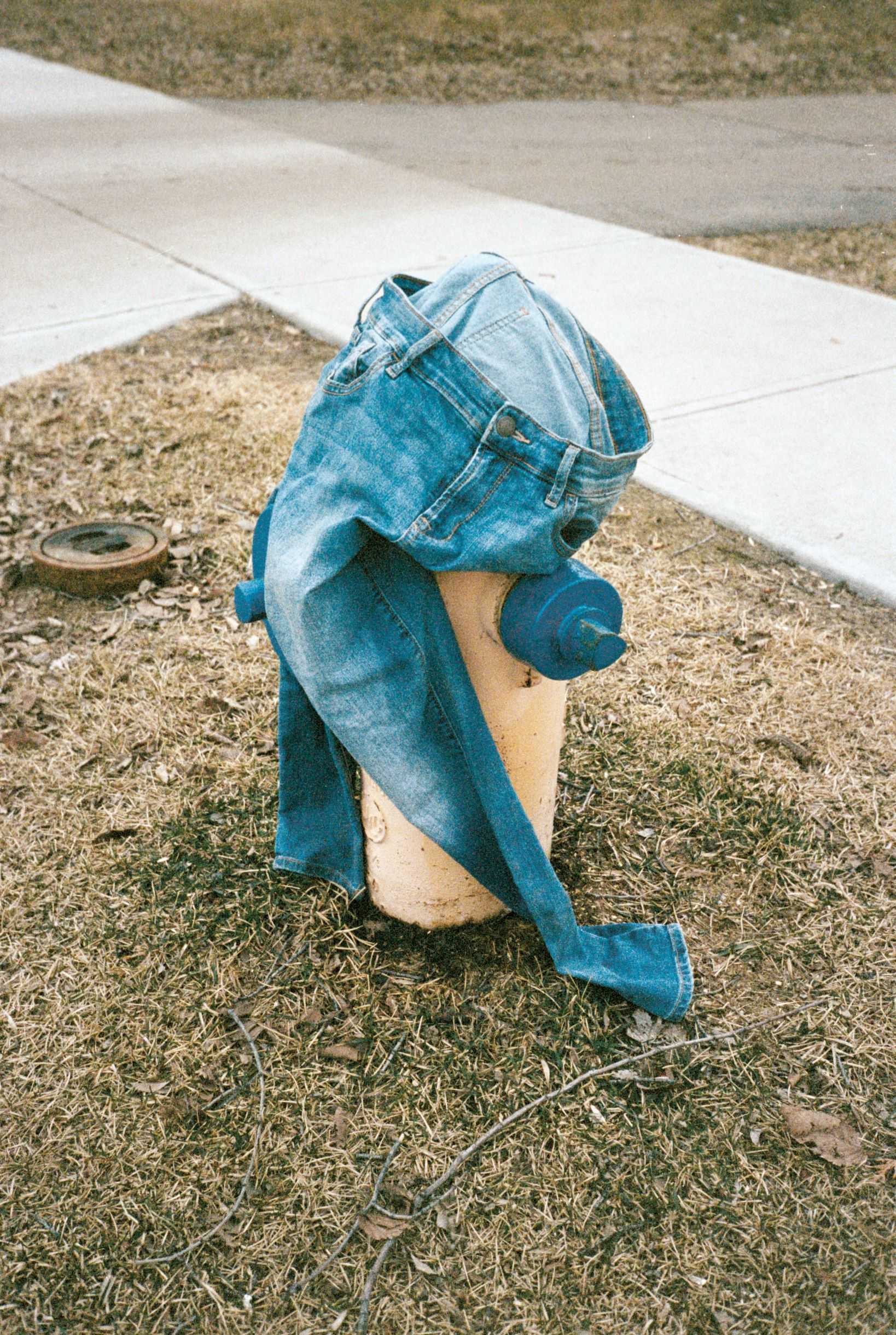 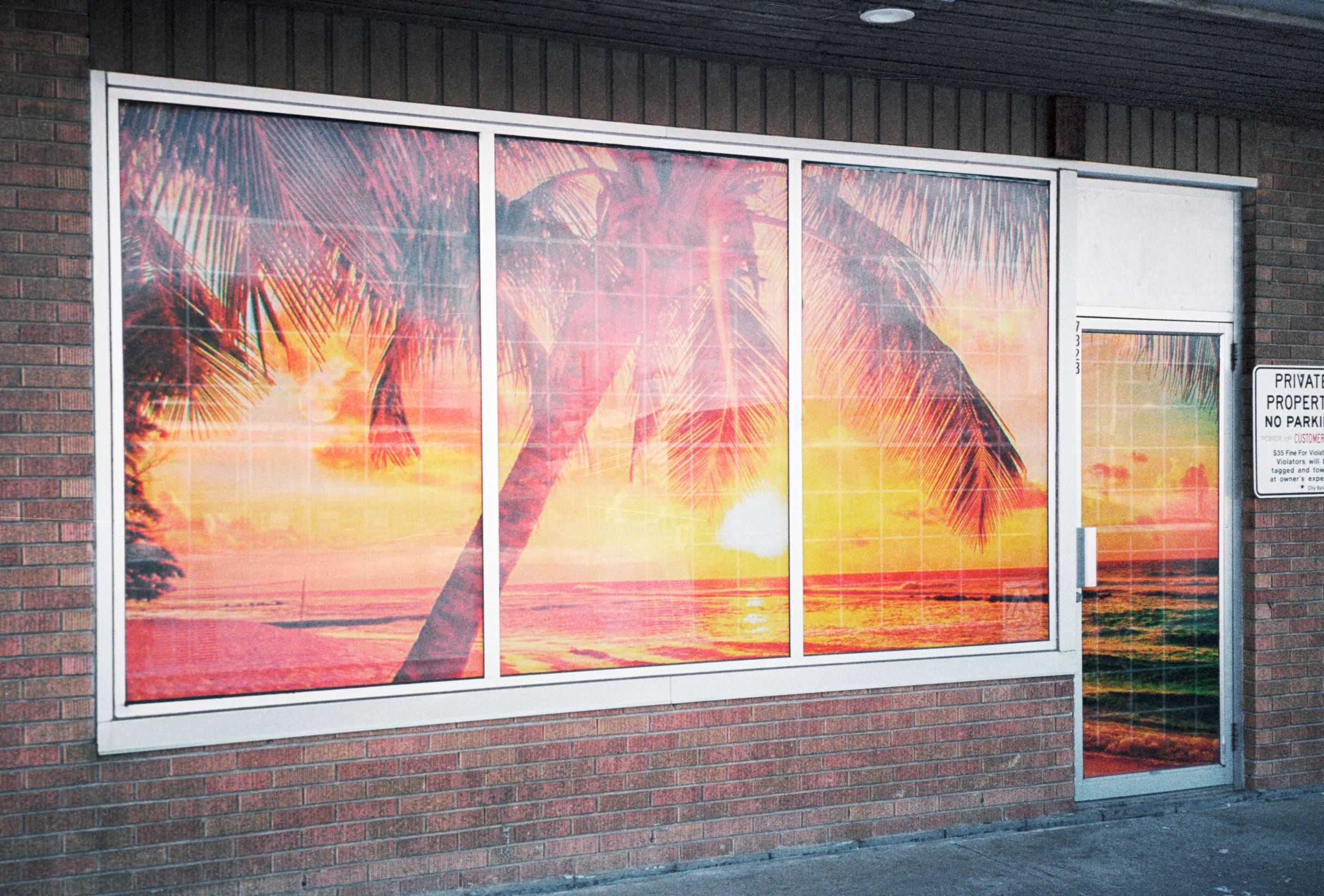 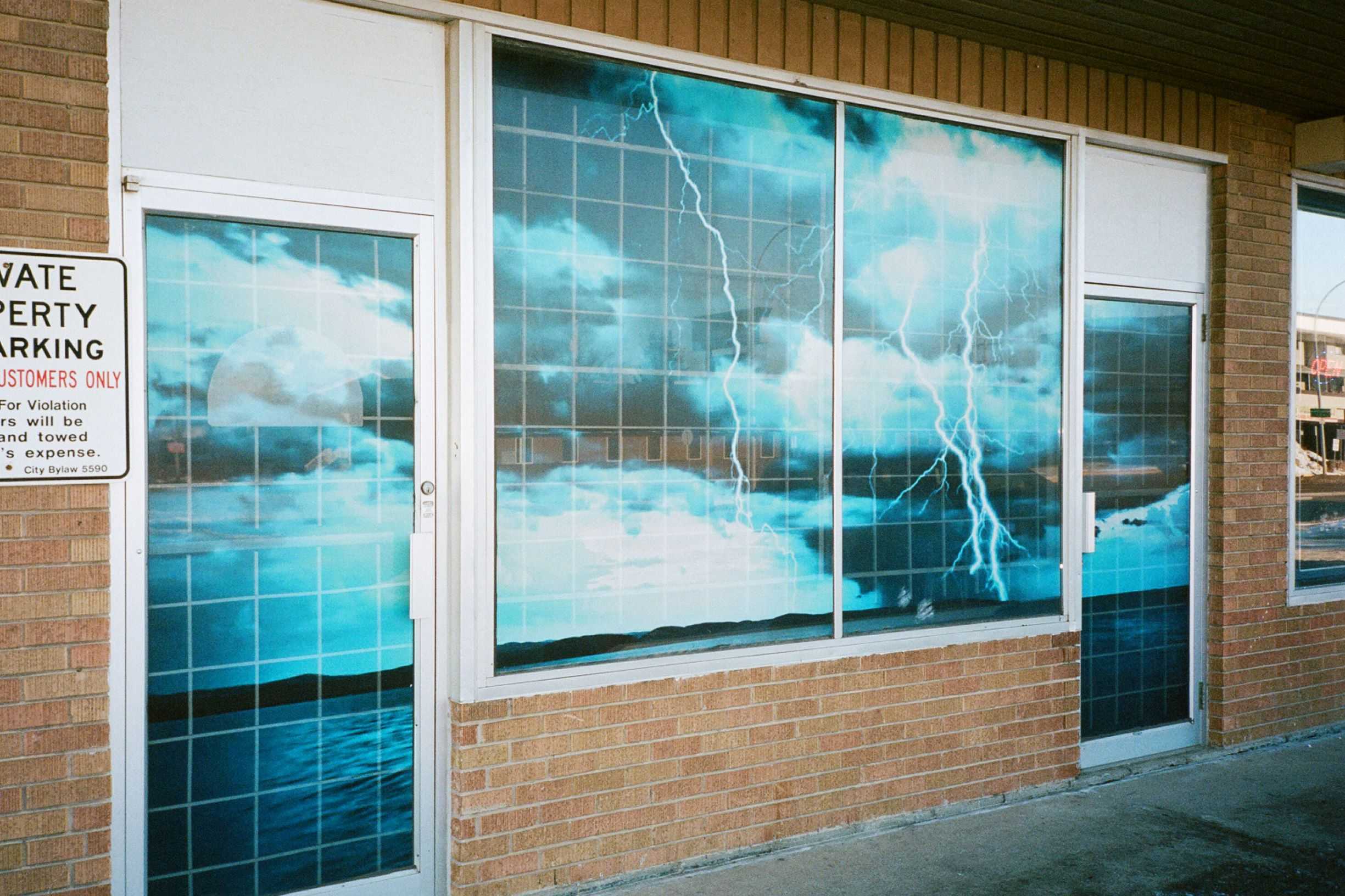 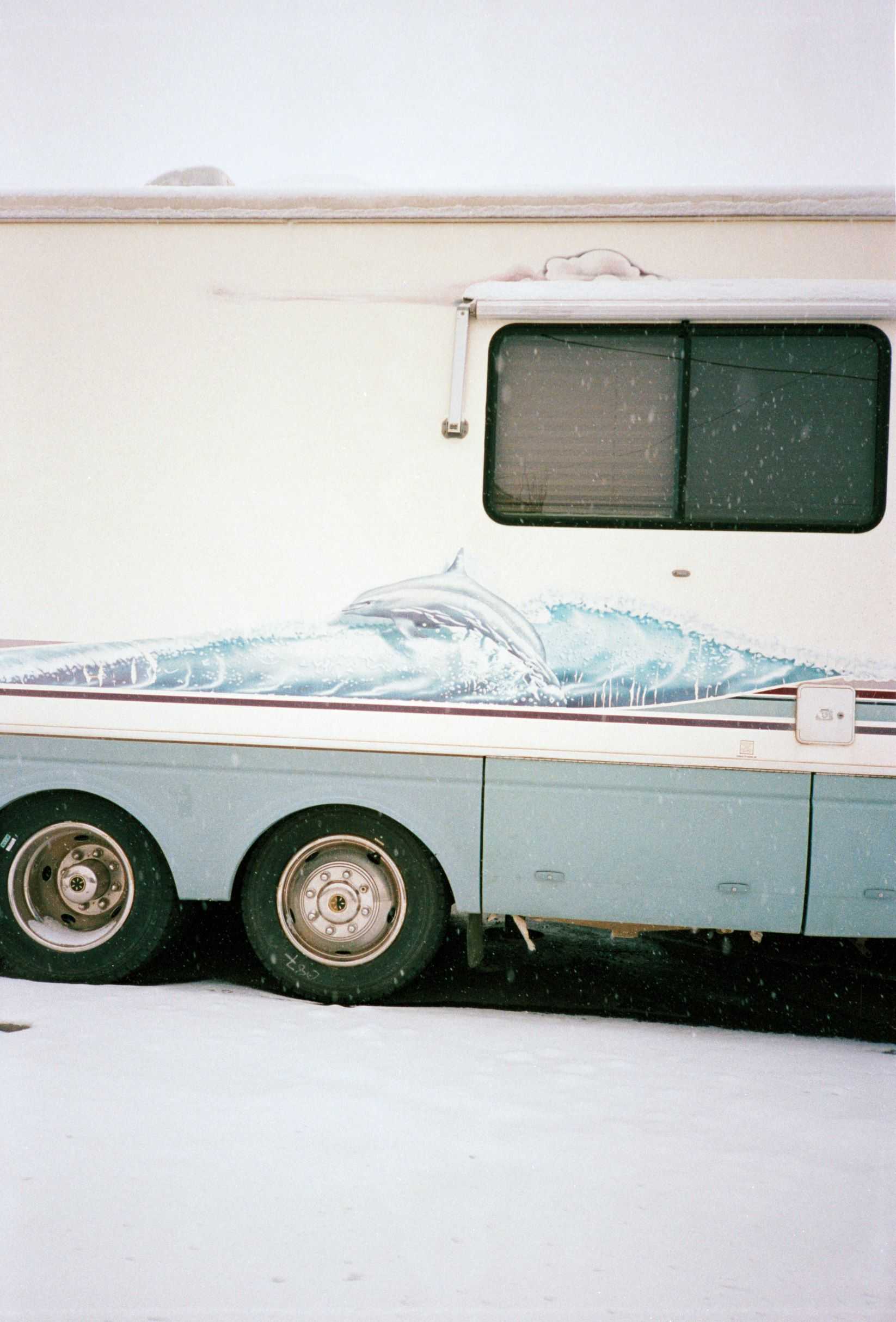 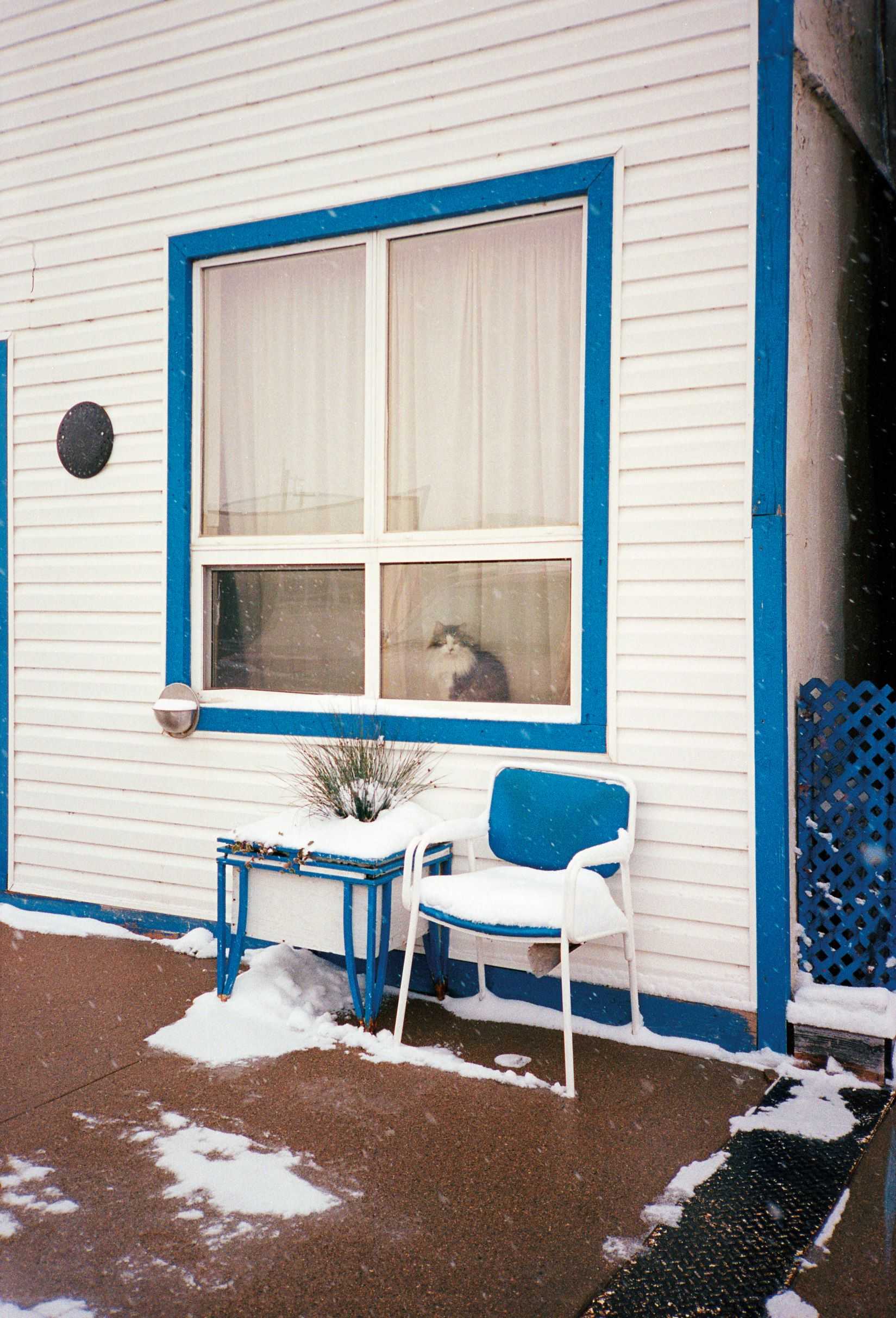 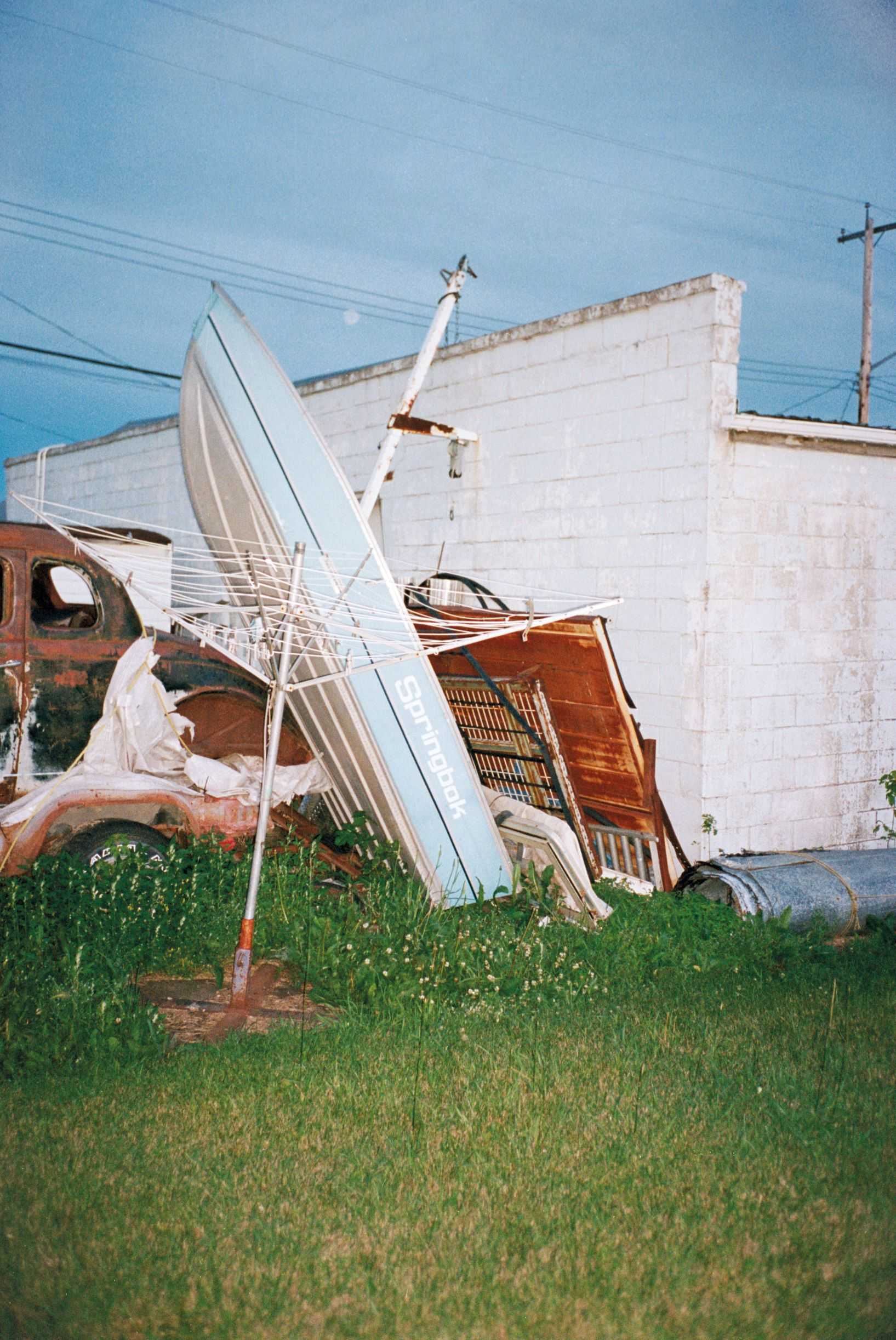 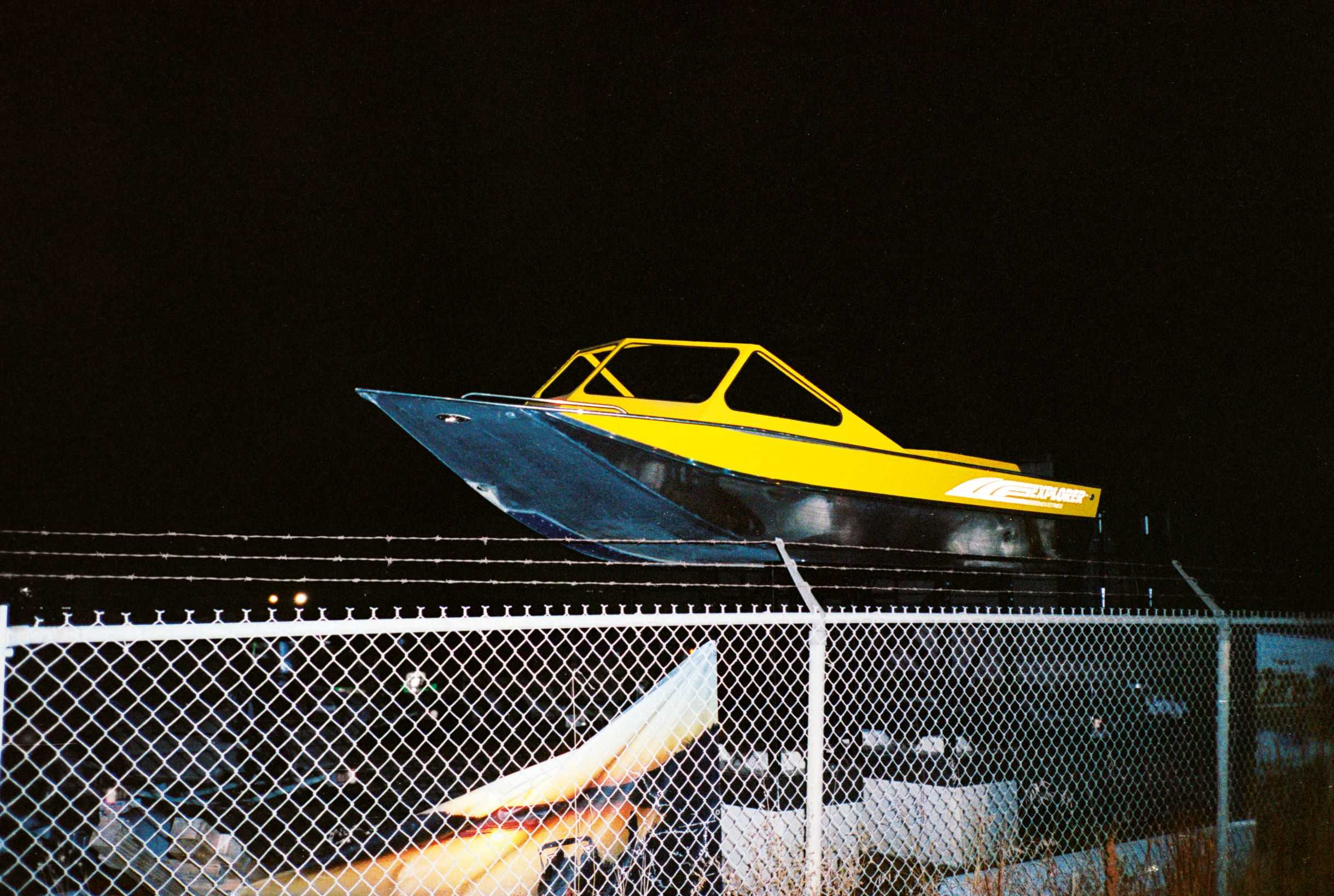 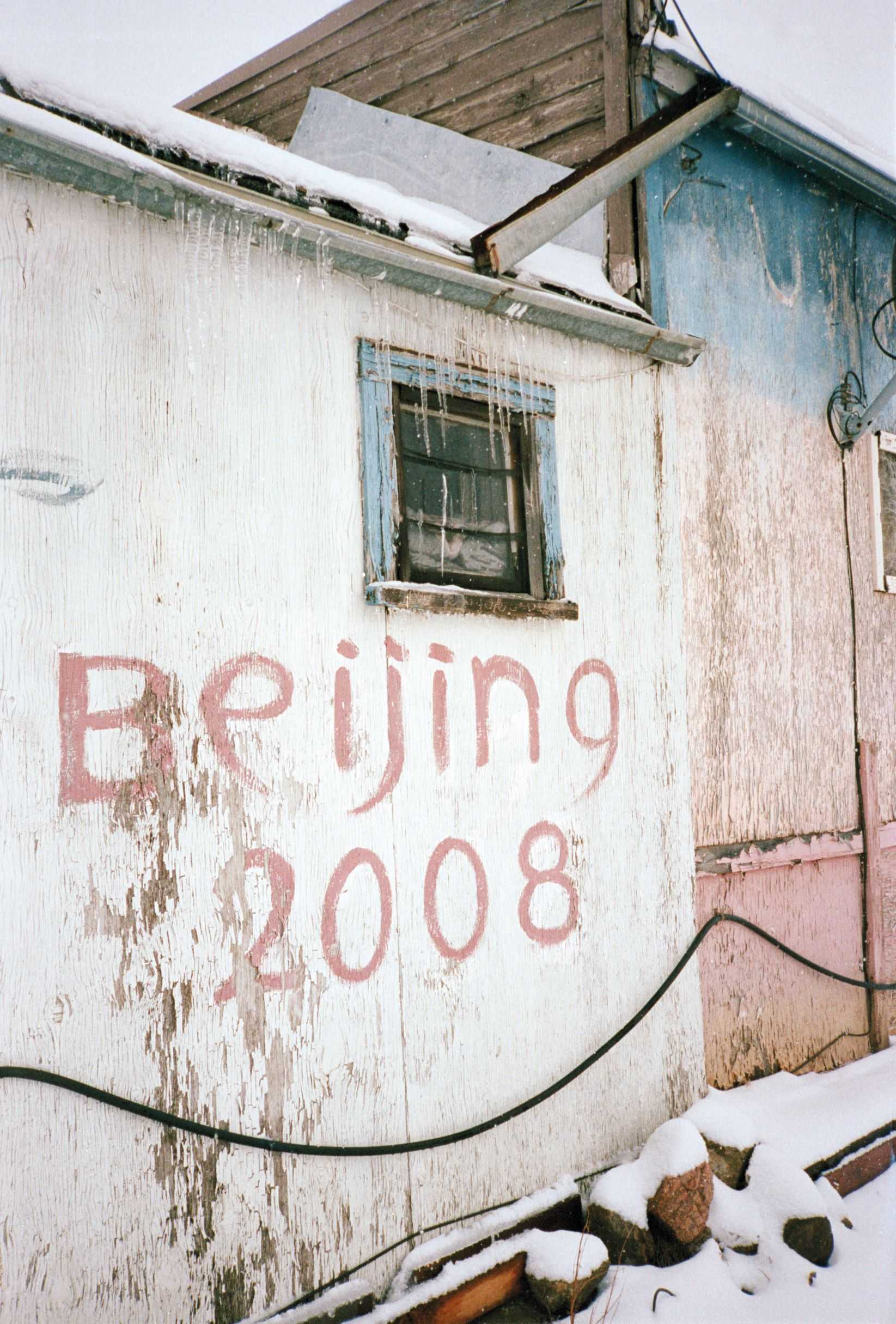 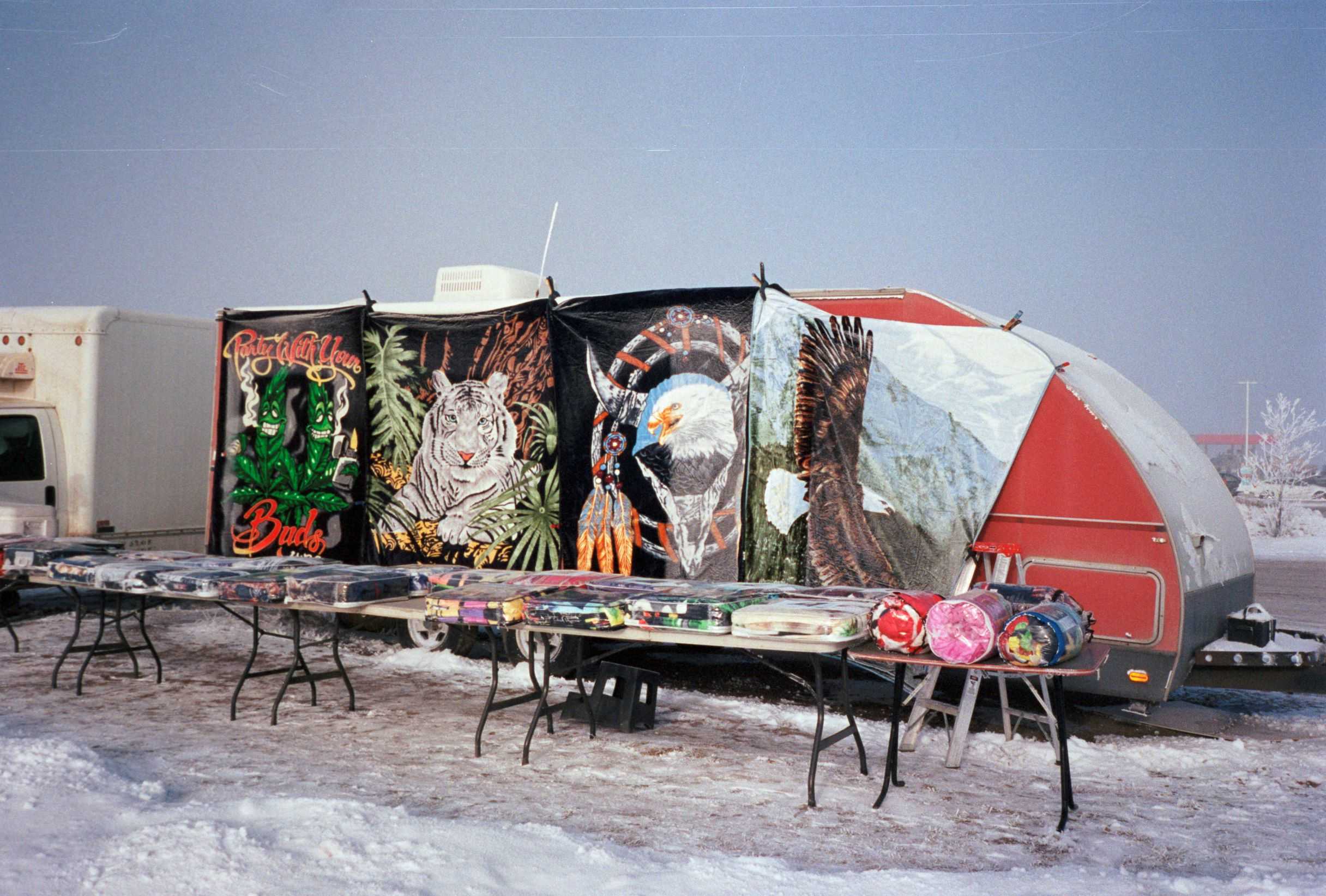 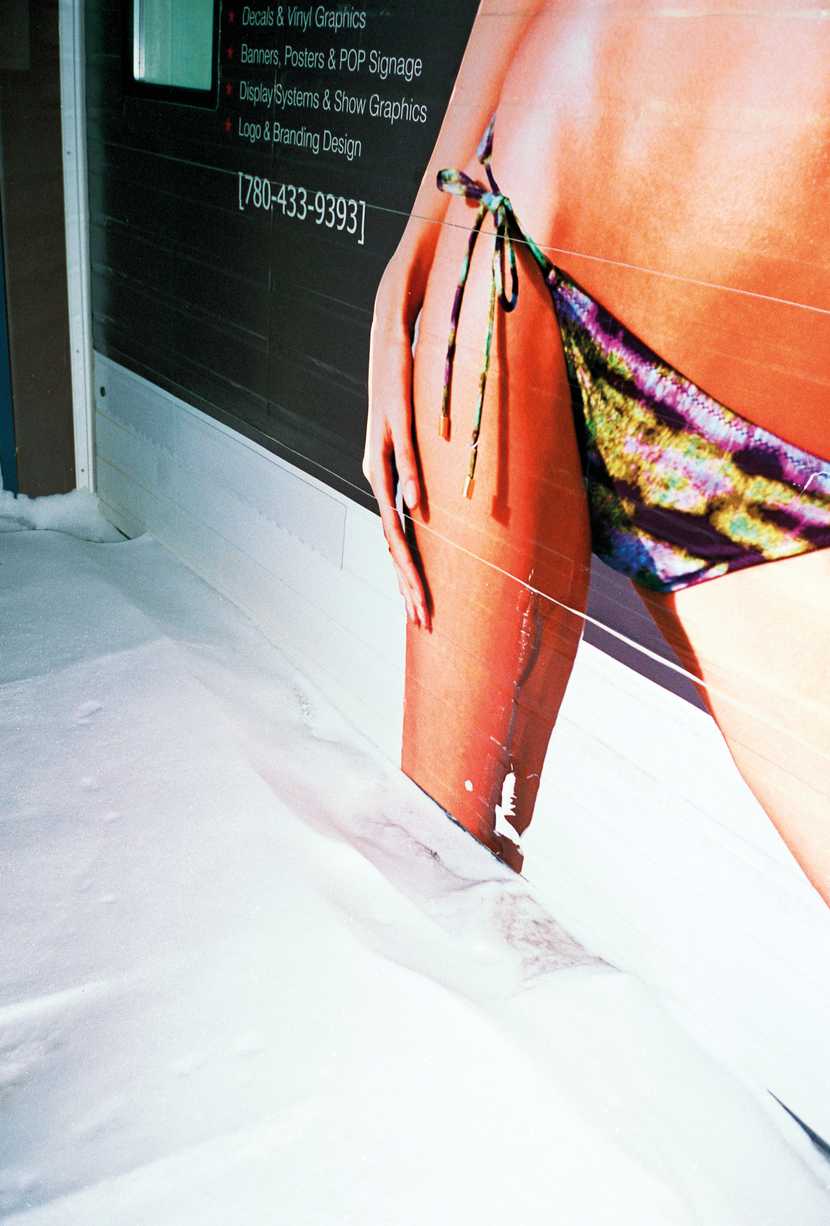 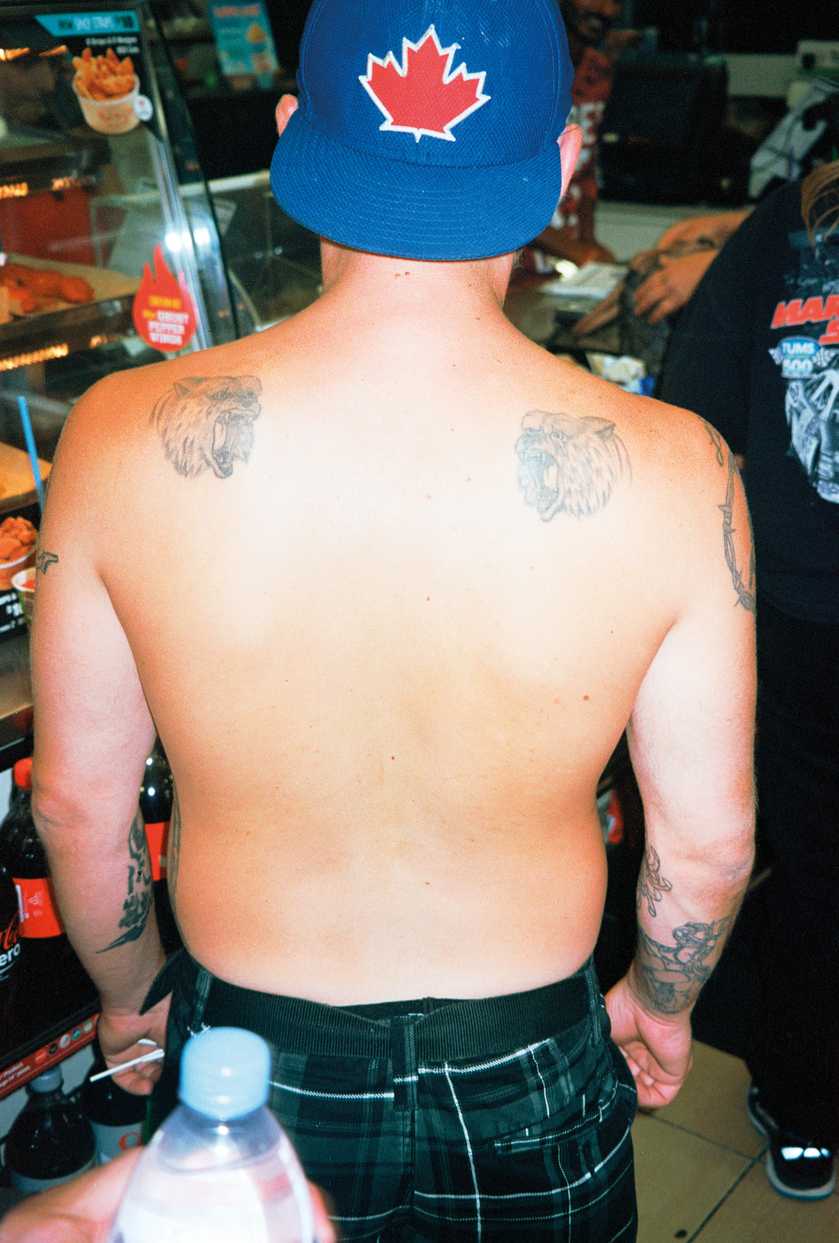 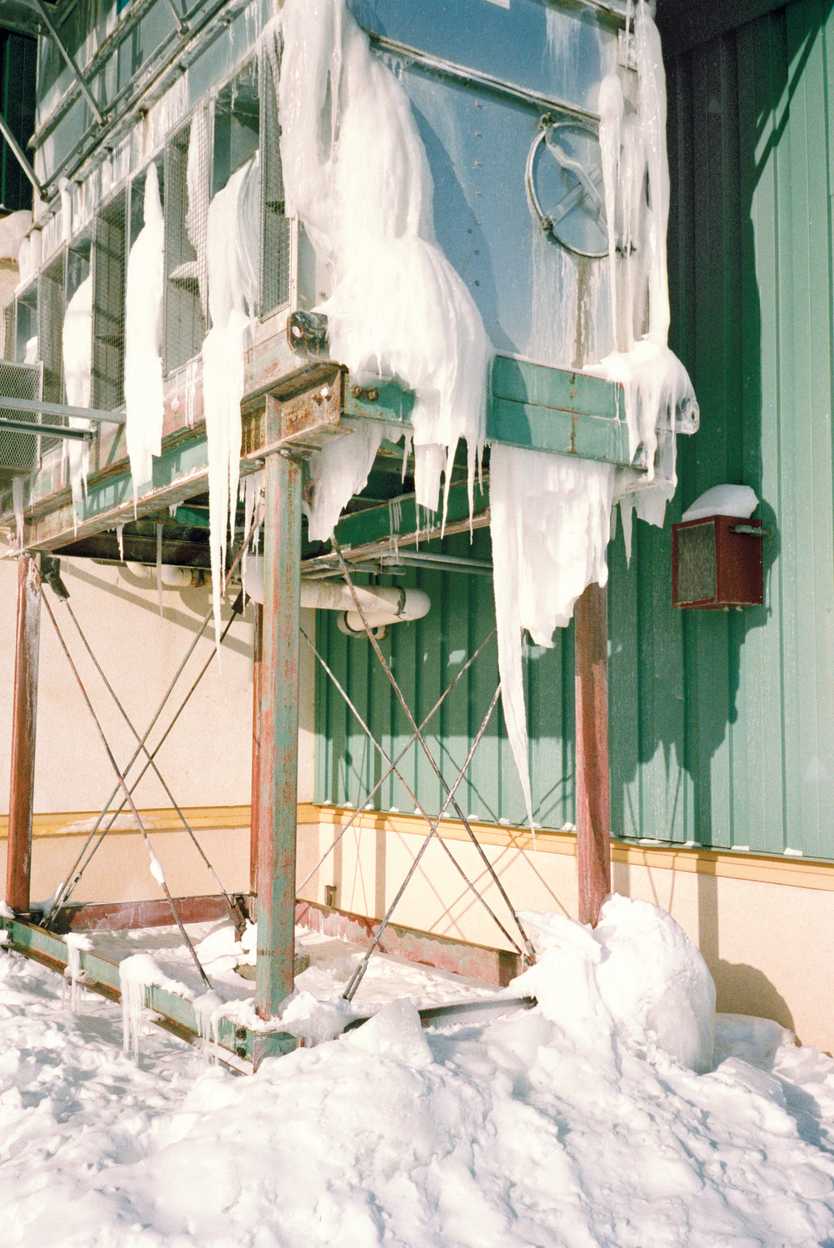 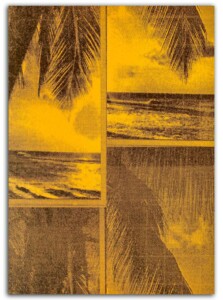 Ocean Front Property, an image and audio based work by sound artist and photographer Mark Templeton, is a meditation on our obsessive wanderlust —  as he dreams of distant shores from the landlocked province of Alberta, Canada.

“I was in search of water and the effect its absence had on me,” writes Templeton on the impetus of his project, the photos for which were all taken within various parts of Alberta. “Tropical” certainly doesn’t come to mind when one thinks of the landlocked province — its winters can see temperatures as low as -40 °C, and the nearest ocean is over a thousand kilometers away. But the desire to get away — or at least, touch down on warmer terrain for some time — is a feeling no doubt shared by many in Alberta, as evidenced by the public’s ire toward the eight local politicians who admitted to having broken Covid-19 restrictions and flouted health guidelines in order to go on vacation in January. Why could they go elsewhere while everyone else was forced to remain in place? 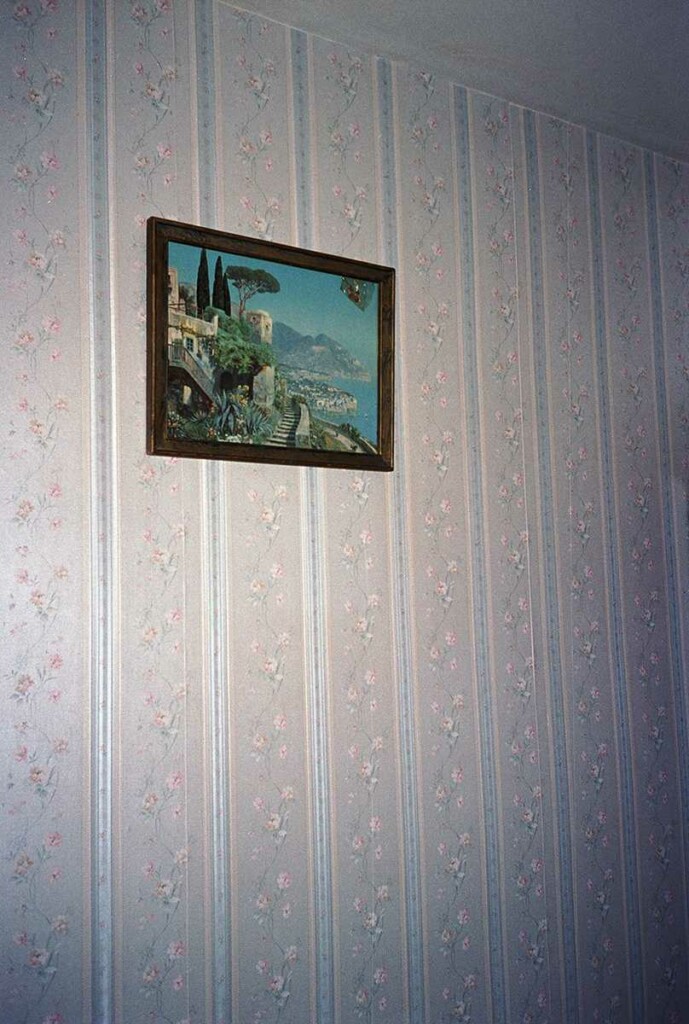 To swap the ever-present snow — a feature which appears frequently in Templeton’s photographs — for the inimitable smell of salty ocean air, represents one facet of mankind’s ceaseless dissatisfaction with the circumstances they’re in, which is also at the heart of artist and curator Brad Feuerhelm’s brilliant text accompanying Templeton’s photobook. Critiquing not only contemporary society’s interminable “grass is always greener on the other side” mentality, Feuerhelm, in his essay ‘For the Promise of Water,’ posits that the design of our behaviors has cursed us with a restlessness that worships variety and novelty whilst marking routine as stagnation. Nomads out of desire, not out of necessity, and itinerant to a fault — is this an inescapable trapping of modern life?

The more we have mapped our world, which feels simultaneously inconceivably expansive yet frightfully small, the more we have become discontented with the offerings of a settled life. What was once a term for the brave frontiersman, the settler is now one who acquiesces to lowered expectations and resigns to the fates. It is perhaps for this fact that Templeton is so curious about water: for while our entire world may be mapped, and mankind may desperately look up towards space as the final frontier, 80% of our deep oceans remain wholly undiscovered. 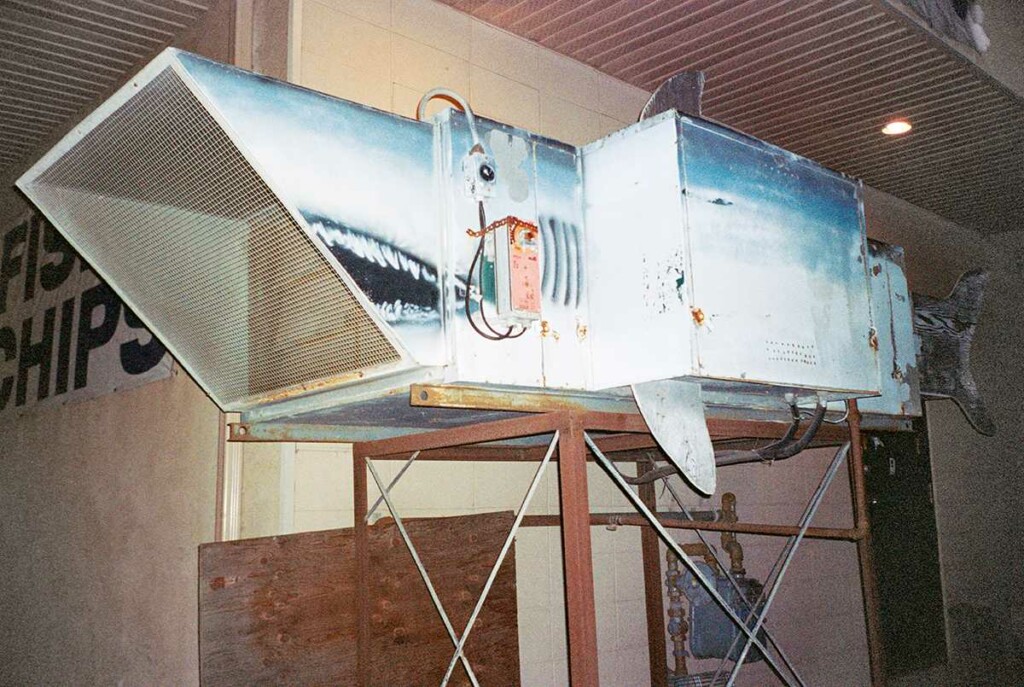 Rather than fabricate staged fantasies of tropical life, Templeton seeks out vestiges of the ocean and warm blue water in the streets and corners of the places he knows; visual reminders of foreign and exotic lands nestled in plain sight amongst the native scenery. The very first image of the photobook — of a small framed photograph of a coastal town, southern European from the looks of it — defines the work as necessarily existing within frames, boundaries and representations. The artist thus creates for himself an Ocean Front Property of the mind, one pieced together by fragments of tropical print ads; boats propped up vertically that are perhaps still operational yet clearly out of commission; kitschy decals of dolphins and waves upon camper vans and, perhaps the most amusing of all: a radiator cooling duct not-so-credibly masquerading as a shark.

It goes without saying that snow is not the form of water Templeton longs for — yet, it is what he has to work with. Snow forms a natural juxtaposition with the aspirational print advertisements of bikini-clad models and perspiring beer cans, and appears in many forms throughout the work. If one were to apply enough imagination, the long column of ice that forms between a pipe and the floor could be a weathered wooden pile supporting a beachfront boardwalk, and the icicles trailing down from an iron structure could be long tendrils of seaweed forming against the side of a boat. 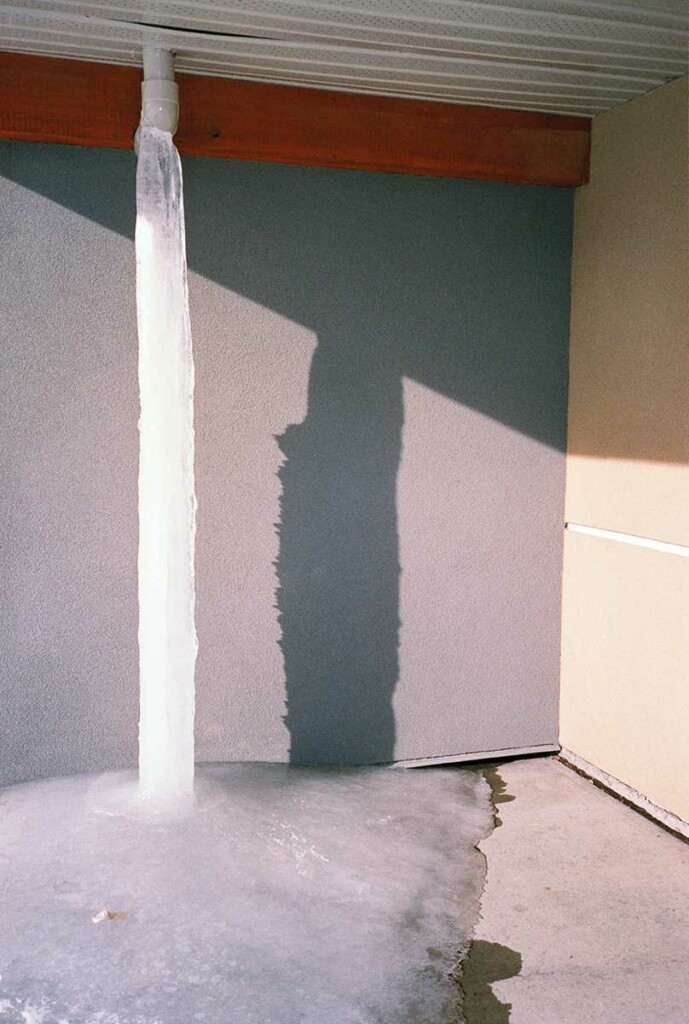 While snow and ice may be a mundane occurrence in Alberta, Templeton photographs it with a sense of wonder and novelty that drives home the central idea behind the work, put so poignantly by Feuerhelm: “[…] what Templeton suggests, by acknowledging the infernal desire to leave as quickly as possible and as far away as possible, is that what we are seeking is not the place itself, but rather the journey away from ourselves, and he is rightly critical of that practice.” It reminds us that the warm salty air of the coast can just as well dream of snow-capped mountains and the fresh bite of ice against the skin.

Yet there are hints of warmth everywhere in the book, made all the more prominent by the accompanying audio experience created by Templeton. As musician Ezekiel Honig writes in the introduction to the audio experience, “[T]he sound helps in telling a story that scales the images up and out, filling in the outlines, stretching the experience, separating individual moments and then finding new meaning from their accumulation.”

The soundtrack, which consists of eight audio pieces, along with the trademark warm, ochre yellow of the graphic design by Nicolas Polli, come together with the images to form a fleshed-out experience that marries both the aspirational and critical aspects of the work. Both image and sound feel weathered, as if eroded by the crashing of the nonexistent waves of which Templeton dreams.

The audio accompaniment to Ocean Front Property can be found here.

Mark Templeton is a Canadian sound artist and photographer, who established his own audiovisual label, Graphical, in 2015. Templeton completed his MFA in Photographer at the Ulster University in Belfast, Ireland, in 2019. His new photobook and cassette, Ocean Front Property, was co-published by The Ice Plant and Graphical, and the soundtrack was originally released on Senufo Editions as a CD in July 2020. The work was generously funded by the Edmonton Arts Council.