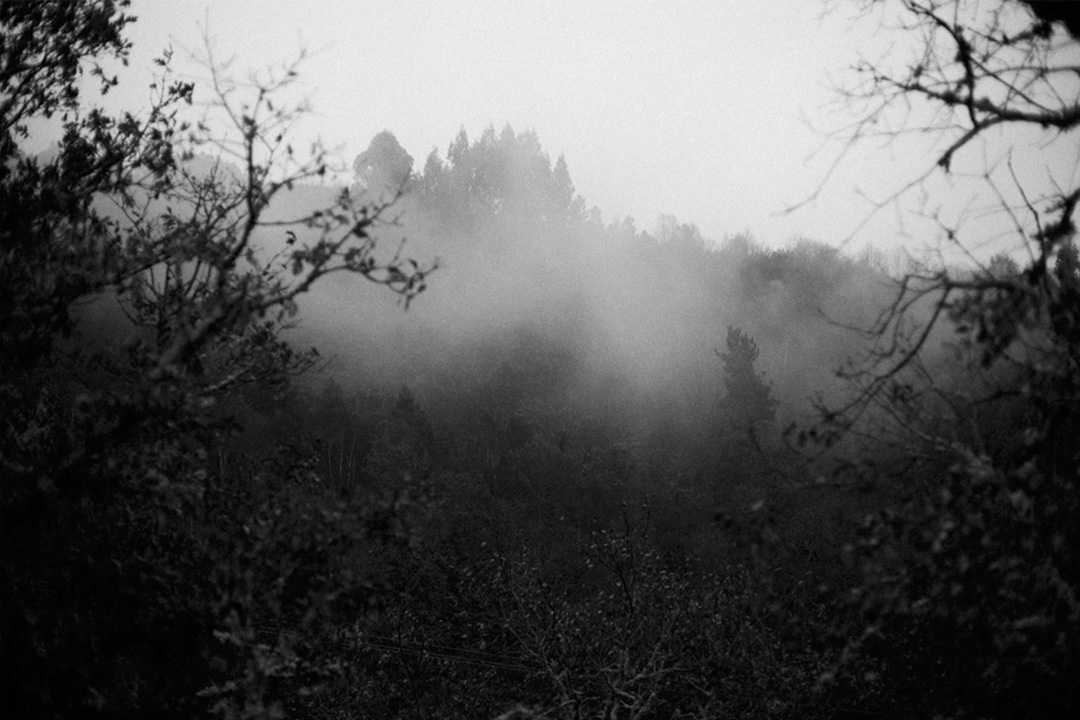 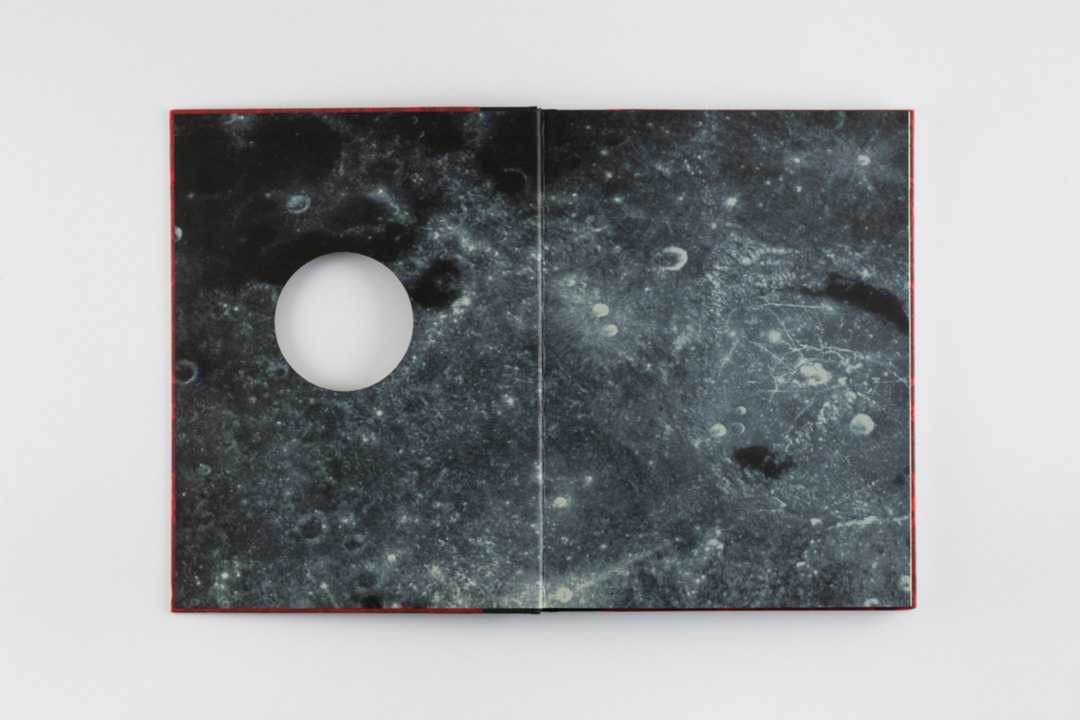 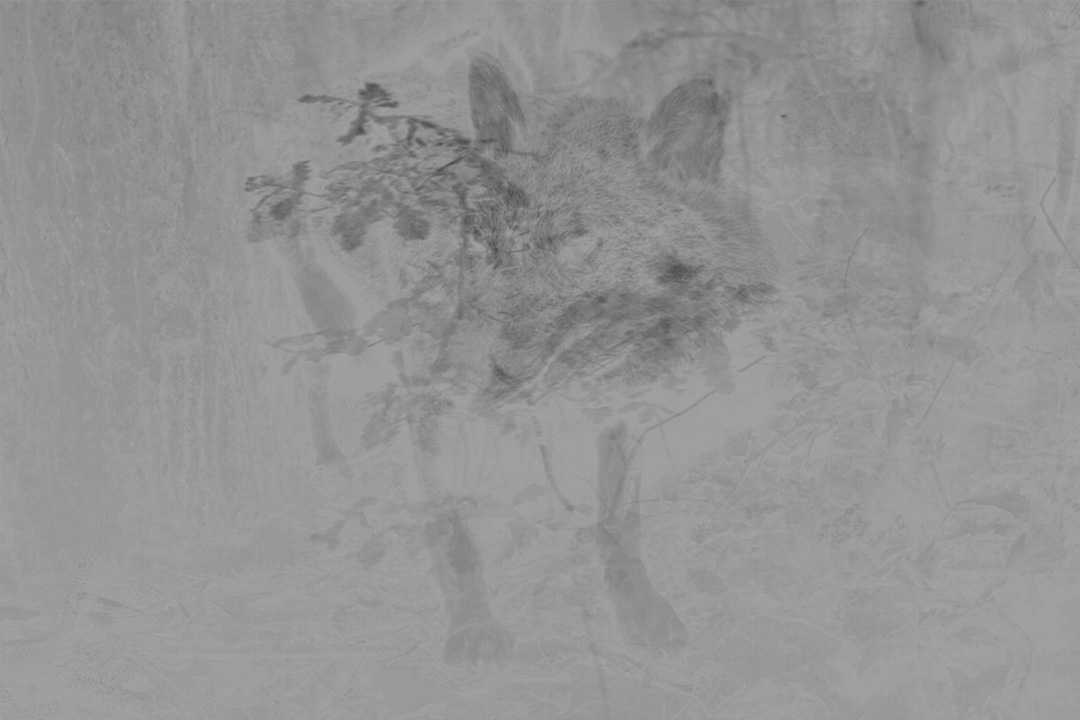 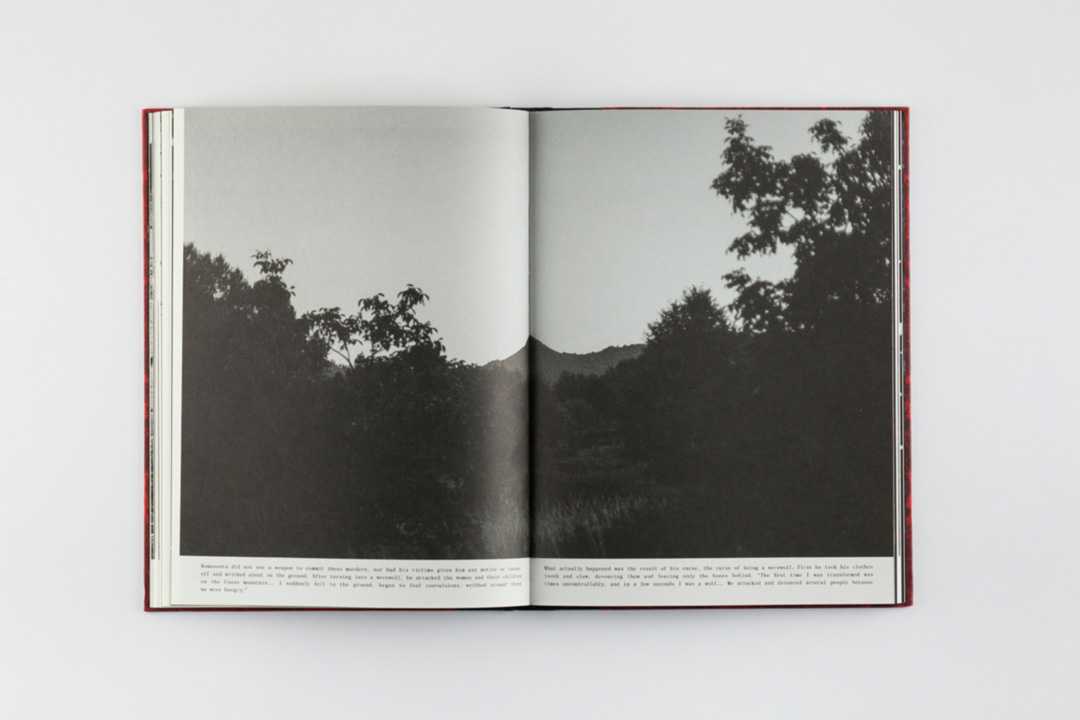 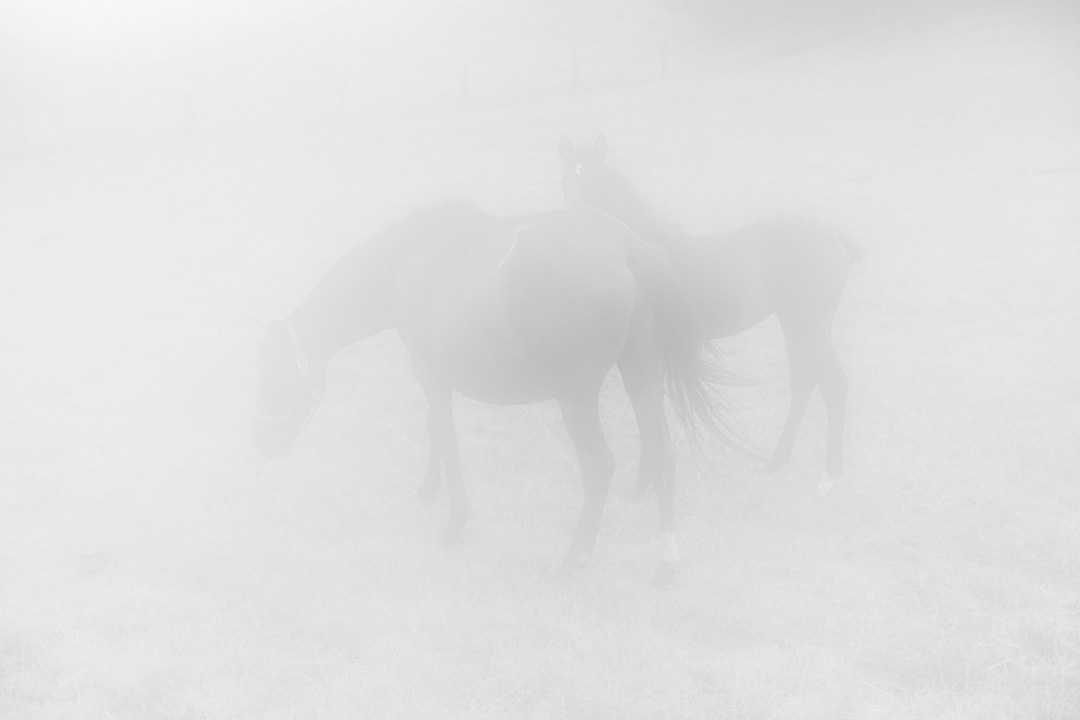 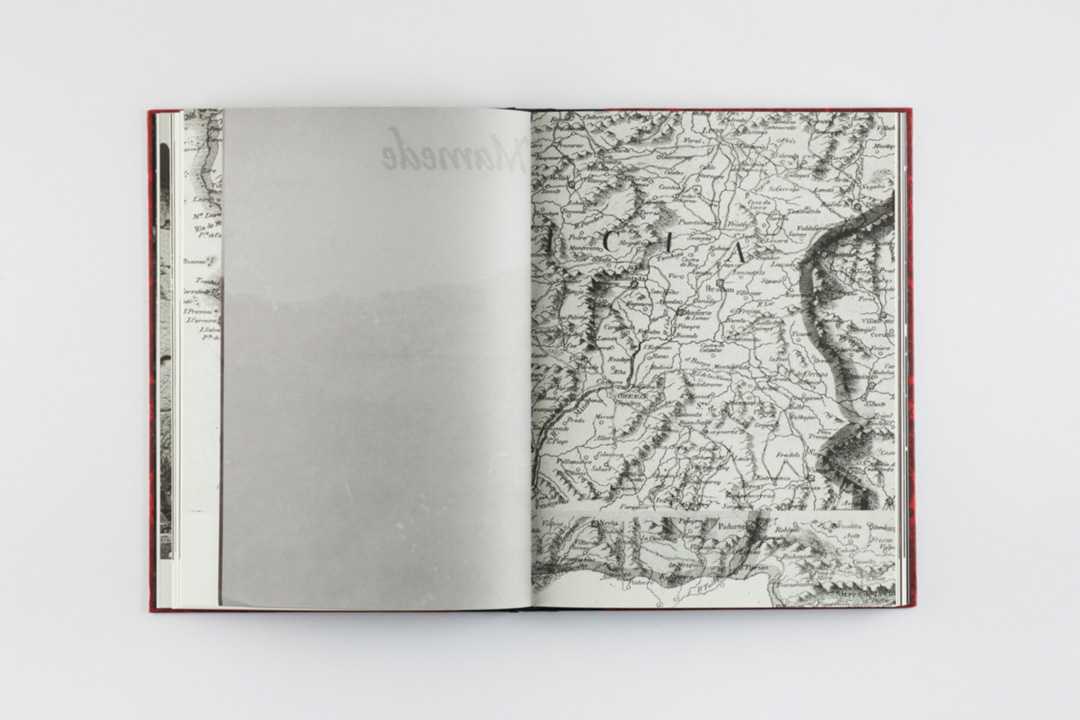 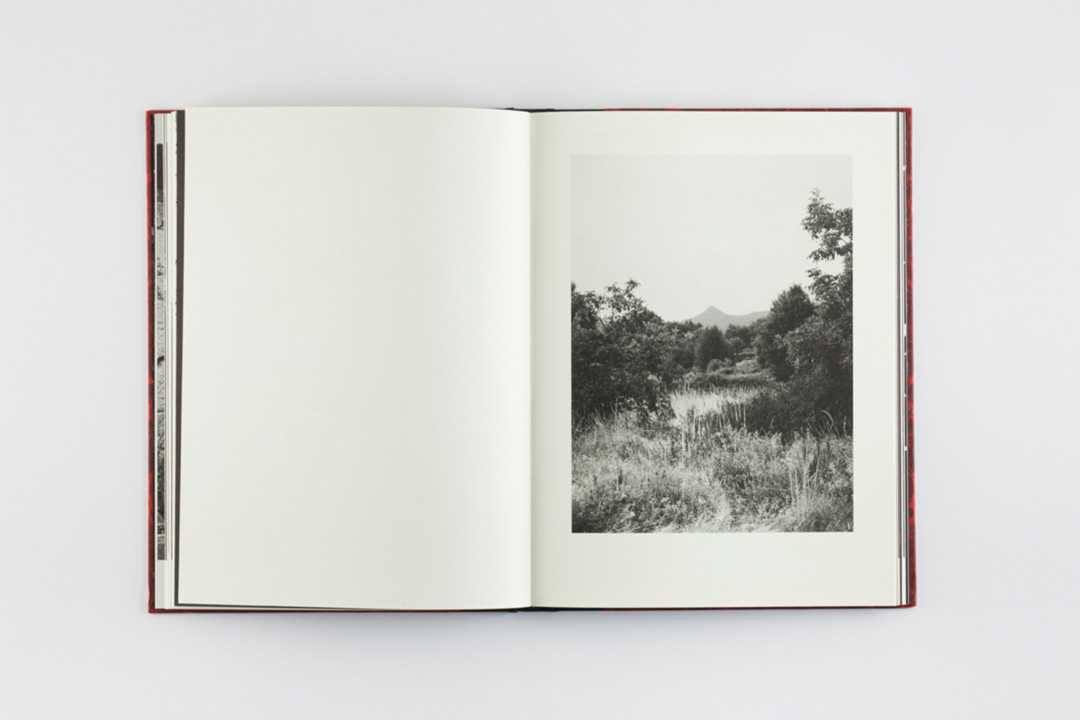 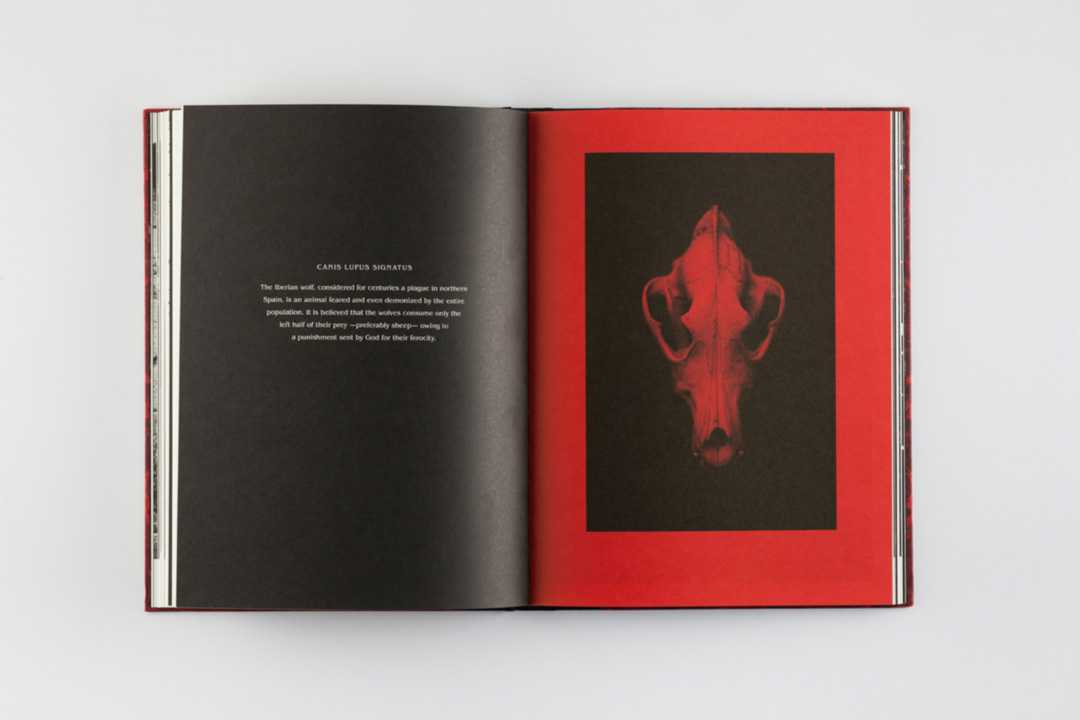 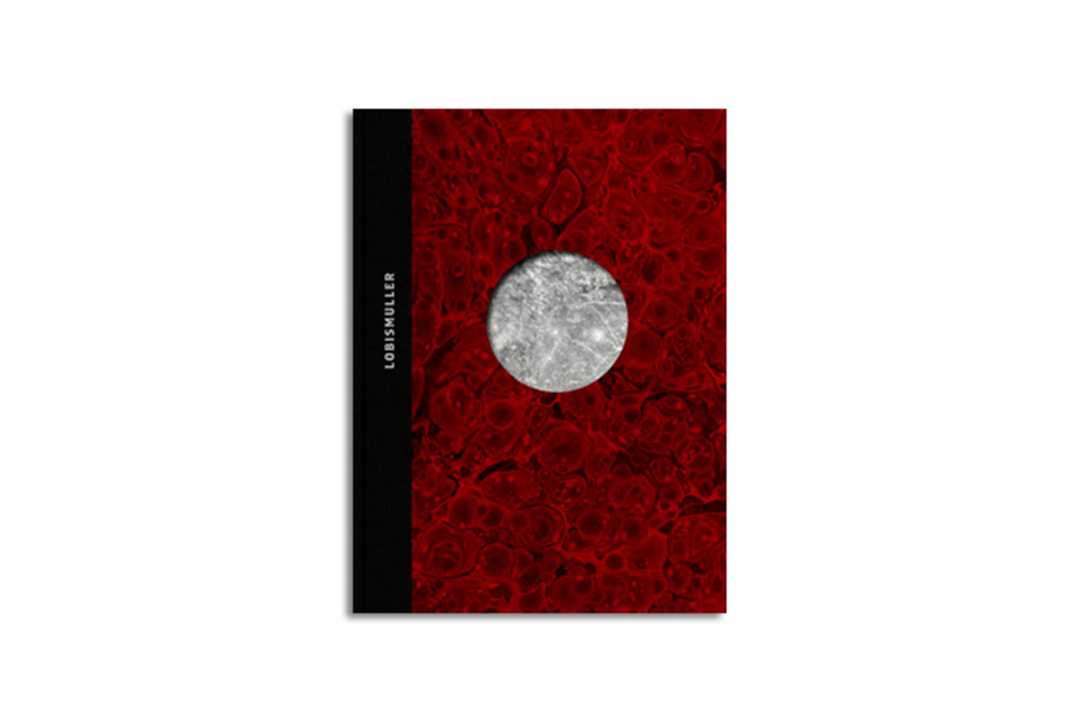 Photographer and multi-platform artist Laia Abril has joined forces once again with Ramon Pez, the acclaimed designer with whom she previously published Tediousphilia (Musée de l’Elysée, 2014) and The Epilogue (Dewi Lewis, 2014). Their most recent collaboration concerns the retelling of a folk tale about a historical persona non grata whose violent acts and ambiguous gender have remained unresolved, and they’ve wonderfully managed to elevate those mysterious elements into an attractive aesthetic object.

The driving force beneath it all is the intriguing biography of a figure named Manuel Blanco Romasanta, Spain’s first documented serial killer who in 1853 admitted to several murders committed in Galicia. But the plot thickens: Romasanta claimed to suffer from a curse that turned him into a (were)wolf – a ‘lobishome’ according to Galician myth. Or perhaps it would be more appropriate to say ‘lobismuller’, a wolf-woman, as Manuel Romasanta was born as ‘Manuela’ and raised as a girl until the age of eight, when a priest discovered his ‘true sex’ (the classifications of intersexual or third gender did not yet exist at the time).

The defence of ‘the werewolf of Allariz’ was rejected at trial but Queen Isabella II commuted the death sentence to allow for a clinical investigation. Did Romasanta really suffer from lycanthropy, a rare form of delusion that makes a person belief (s)he can transform into a wolf? Or was this just a very foxy trader with criminal intend? Someone who promised his victims a better life on the other side of the mountain, only to kill them along the way and then to sell the grease of their bodies as an expensive kind of soap (an act that earned him another nickname: the Tallow Man)?

Lobismuller is a smart meta-report on facts toppled by rumours and folklore. All ingredients included in the book are effectively put to service, not so much to highlight the exceptional signature style of the photographer or the designer, but rather to further shape the atmosphere that surrounds this occult tale.

The monochrome pictures of Galician landscapes and hamlets that seem to address the area where Romasanta operated (by Abril) are eerie, hazy, and often nondescript. Illustrations and other graphic elements (by Pez) are added to enhance the overall Gothic vibe arriving from the story itself. The book furthermore includes archival material of various sources (e.g. Arquivo Castro Vicente, Arquivo do Reino de Galicia, the National Library of Spain, Museum of National History USC, the Wellcome Library in London, among others) and an explanatory text underscores the pages – more or less in line with how a voiceover would function in a filmed documentary.

Did Romasanta really suffer from lycanthropy, a rare form of delusion that makes a person belief (s)he can transform into a wolf?

Although the word ‘immersive’ should not become inflated too soon when qualifying innovative ways of visual storytelling, it is very much appropriate to say that here, by flipping the pages, one nears the illusive act of accompanying a detective who traces back the tarnished trail of a case that’s gone cold. While (photographic) portraits of Manuel(a) Romasanta fail to exist, the feeling arises that (s)he never is too far out of sight.

“In his confession of twelve murders and his account of his actions as a werewolf”, it reads on the final pages, Romasanta claimed that he was “cured from the spell that was put on him”. That is, on July 25th1852, the feast day of St. Peter, the desire to kill was suddenly tamed. Despite the pardon given by the Queen, however, he – a “small man of a sickly colour and vulgar physiognomy” – was nevertheless to be imprisoned for life.

This bearded and slightly dark-complexed ‘man’ with the soul of a woman (or was he was a wolf after all…?), with sad brown eyes, mainly concerned with knitting and the occasional kissing of a Christ figure around his neck, eventually died in captivity on December 14th, 1863. Of stomach cancer, or so is the official reading, while rumours of an alternative ending have been circulating ever since.

Lobismuller is the winner of the Grand Prix Images Vevey 2015/2016 and was published by Editorial RM, early 2017. Its hybrid form is an apt translation of its content, but it should meanwhile also be seen in the context of a trend; a tendency among visual artists to apply photography merely as a raw ingredient to push a story forward. Should we identify such an item as a ‘photo book’? Or how shall we call it when a concept precedes the consideration of how visual material could be compiled into a narrative structure?

Perhaps its best, for now, to postpone any tendency to categorize this multi-layered chronicle as one thing, or another. If only to do justice to its motley content, which altogether stages Abril’s long-term interest in issues of femininity, gender and sexuality – as already showcased in previous projects (e.g. Thinspiration, Asexuals). What counts most of all here, before anything else, is that we are dealing with a next level of authorship: a balanced miscegenation between a photographer/researcher and a designer/illustrator which altogether resulted in an informative yet cabalistic reconstruction of an unaccountable Galician saga.

GUP previously reviewed Laia Abril’s ‘The Epilogue’ (Dewi Lewis, 2014) and we featured a portfolio of that same project.