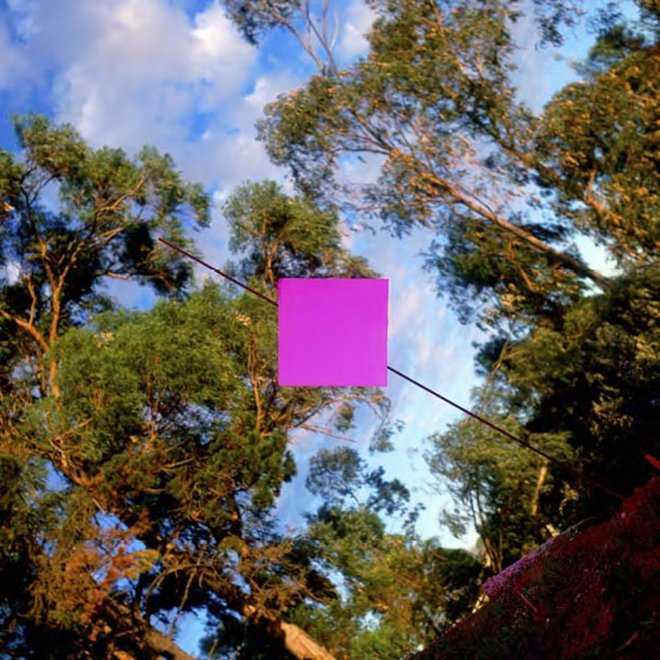 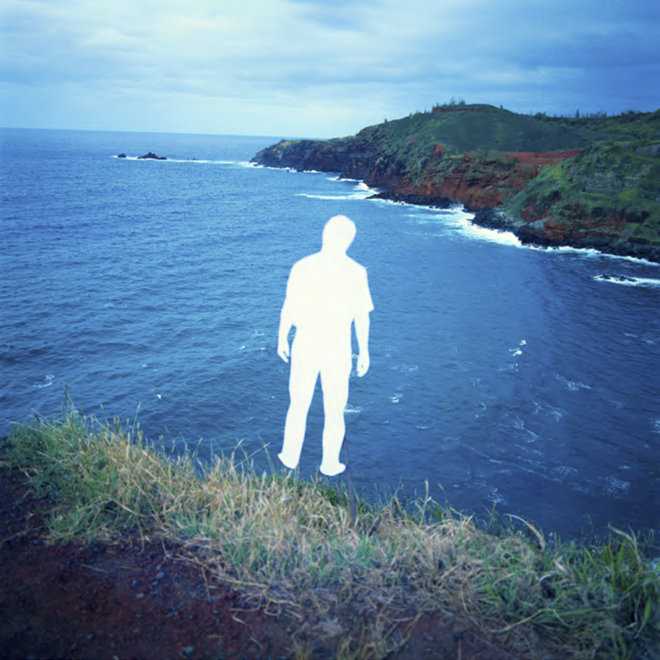 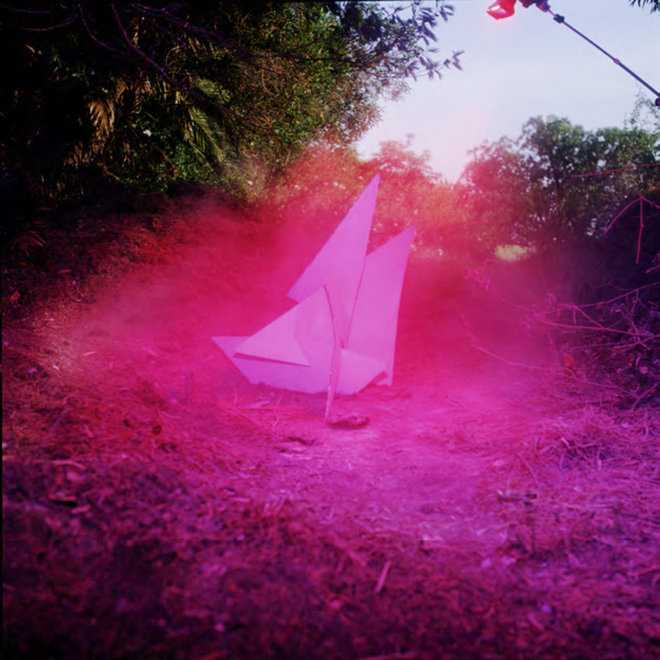 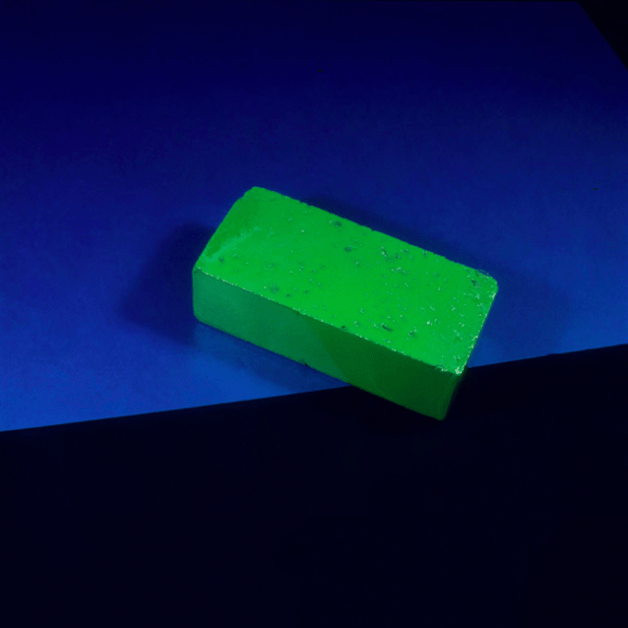 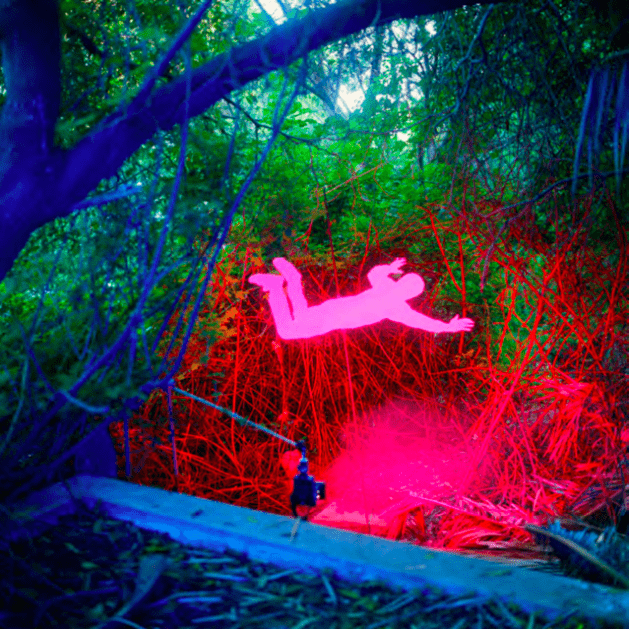 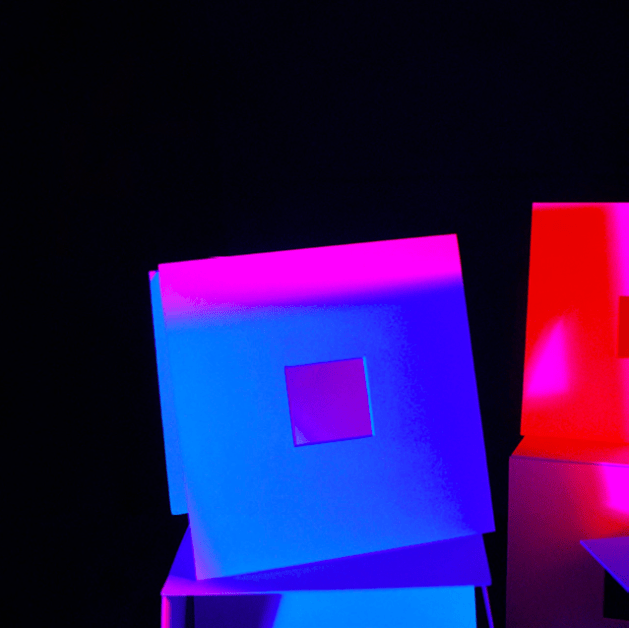 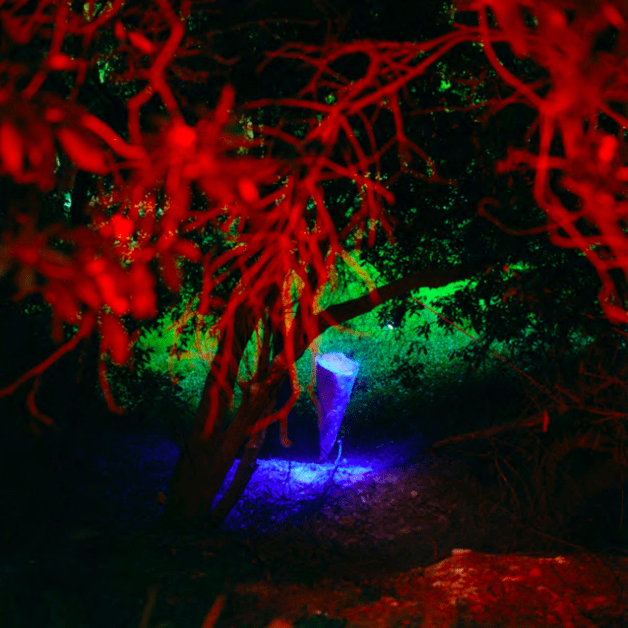 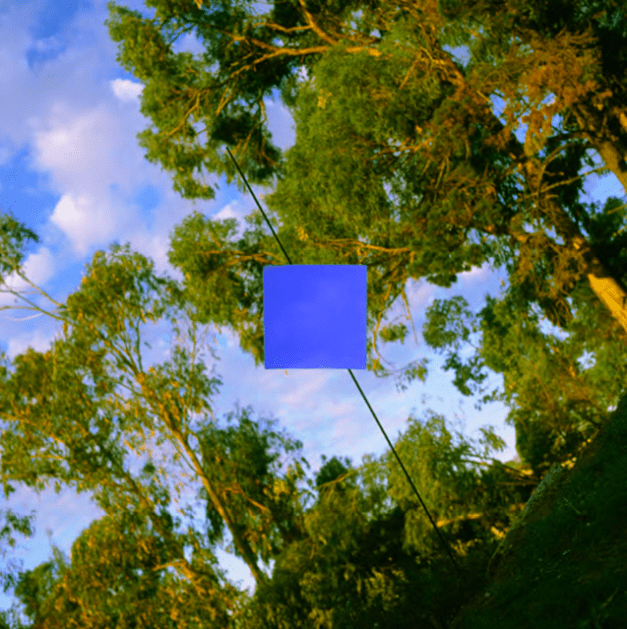 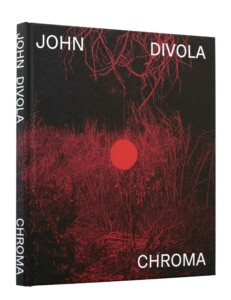 Throughout his photography career, John Divola (b. 1949, the USA) has approached a wide range of subjects, oscillating between the abstract and the specific. For his latest monograph ‘Chroma’ (published by Skinnerboox), Divola presents a series of images that function as a visual metaphor for the phenomena that fascinate him. The book features images created between 1980 and 1985. Around this time, Divola started to explore the unphotographable: gravity, magnetism, which way water drains, and the things he saw when he pressed his eyes with the palms of his hand.

Divola adopted a photographic process called Cibrachrome, which is characterised by dye destruction used for the reproduction of film transparencies on photographic paper. This method is very industrial and artificial, resulting in deep colour saturation and contrasts. As Divola describes himself, it creates a “flawed material but with unique properties” that suited well the ‘Chroma’ series. Furthermore, he used coloured gels on the flash to establish different colour ranges within the sequence.

‘Chroma’, indeed, speaks the language of colour and allows for a free stream of associations. The book presents images of “generic sculptures”, which are simple three-dimensional objects created on site. There are also silhouettes shown as blank two-dimensional forms in addition to abstract forms, which are placed on poles and later captured with a tilted camera to highlight the geometrical features in the image. Even though the book contains numerous elements, there is still an apparent rhythm due to repetition, as for instance, with a re-occurring diptych of a woman and a goat. They reappear in the series but in different forms in terms of colour and point of view.

Apart from imagery, ‘Chroma’ includes a conversation between Divola and David Campany, who describes this work as laying somewhere between wonder and terror: “The fascination, the curiosity and amazement…but also the strangeness, the dread and confusion.” Overall, it can be noted, a sense of ritual – where iconography interplays with the evocation of a cryptic atmosphere – is reflecting from the pages. Ranging from associations with cinema, the gothic and the psychedelic, ‘Chroma’ can be also regarded as an investigation of basic aspects of photography – light, colour and composition.

To ignore or not to ignore the past is a dilemma central to Divola’s oeuvre. It often takes years, sometimes even decades, before his projects are translated into a book form. In the case of ‘Chroma’, it is exactly twenty years. Escaping the popular narrative and reception of its time, Divola now invites contemporary viewers to re-visit his very personal observations and add a novel meaning to what he witnessed, back in the day.