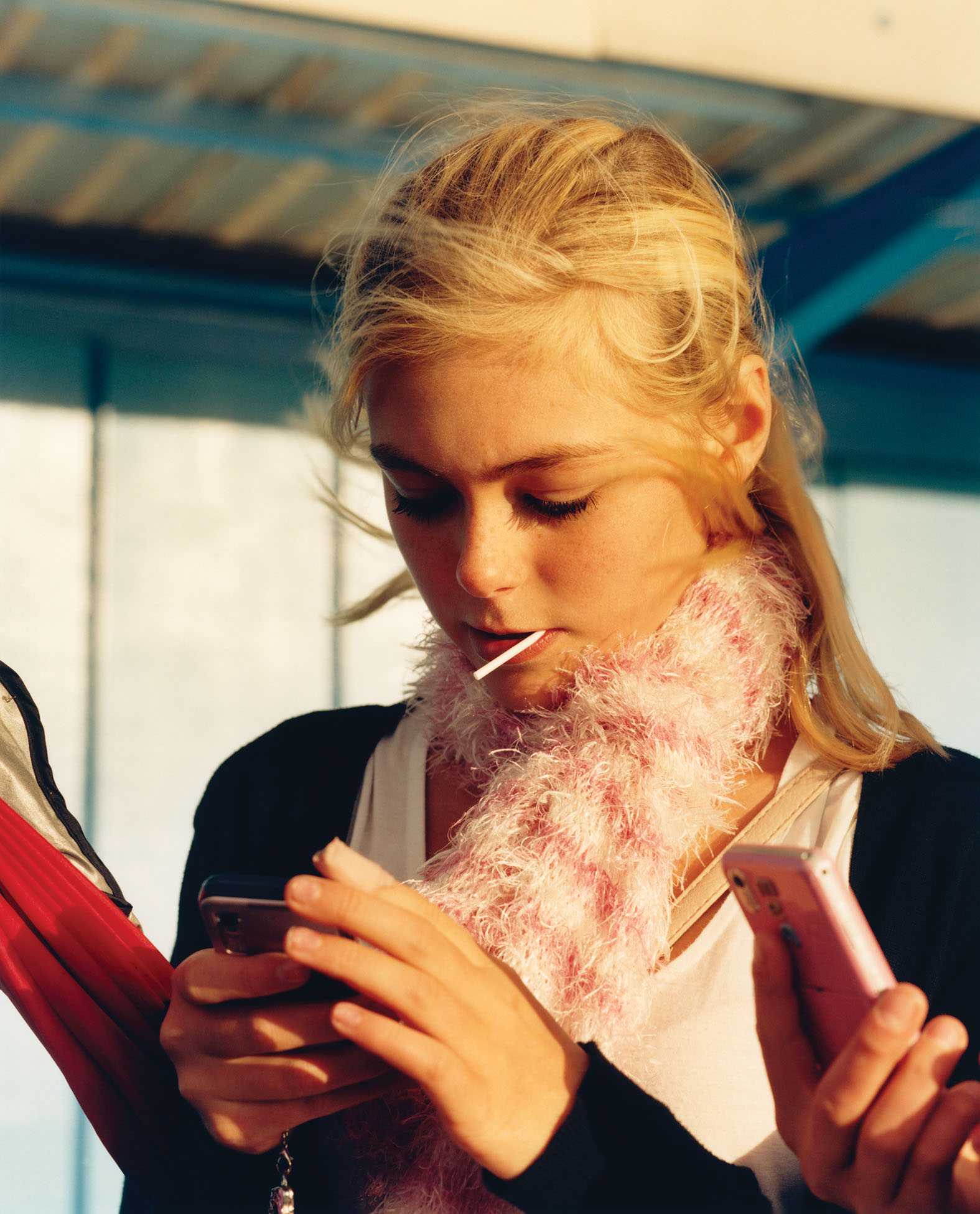 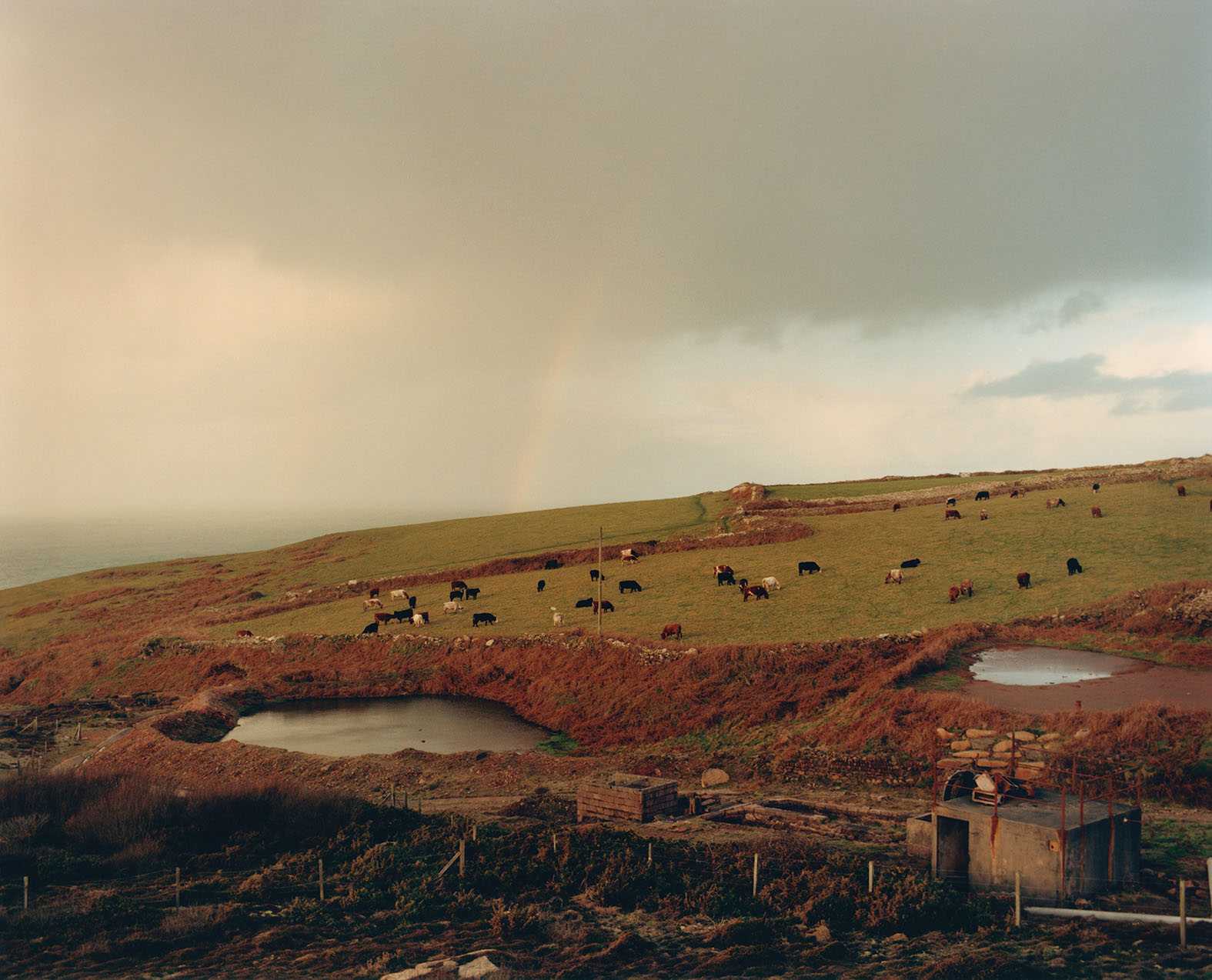 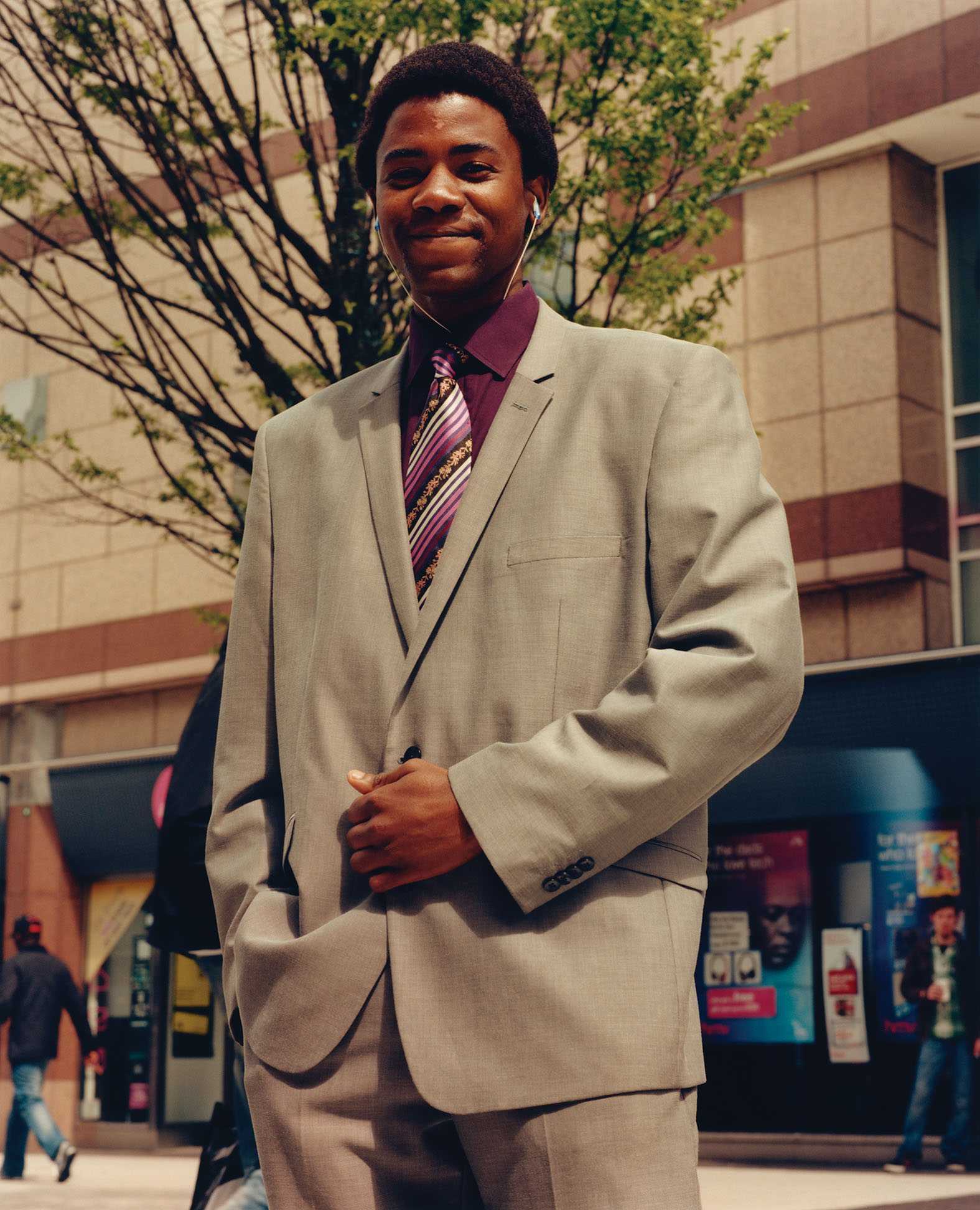 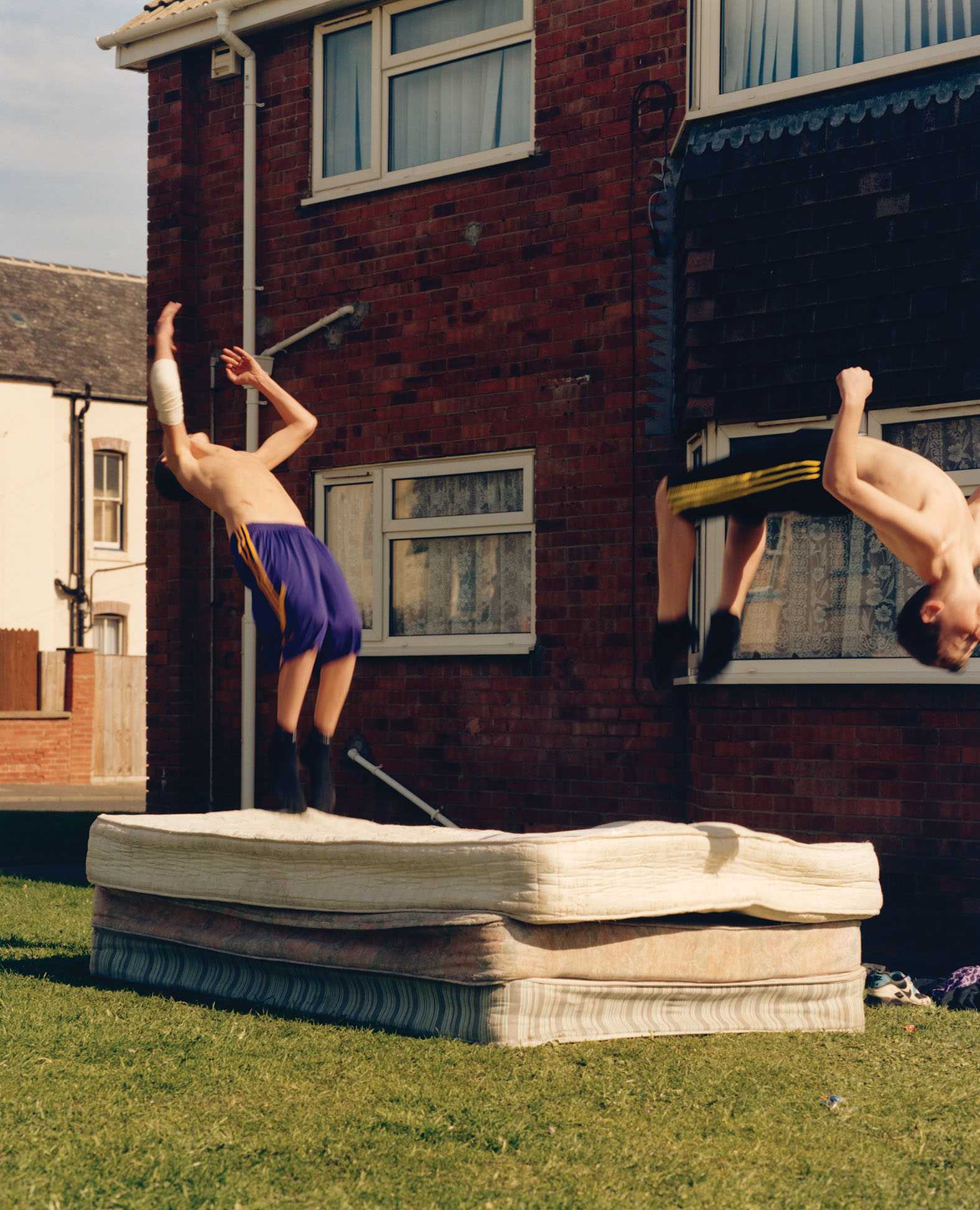 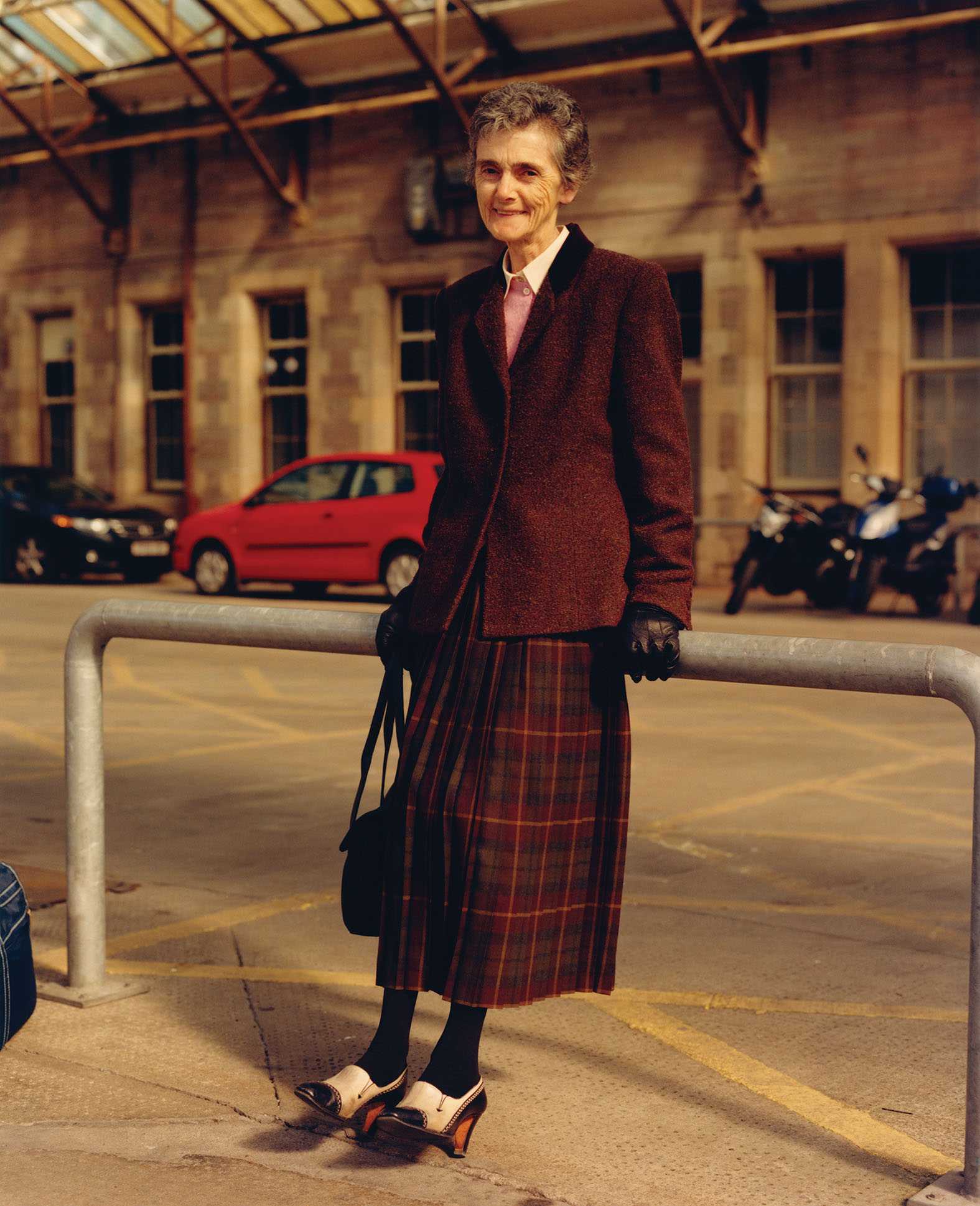 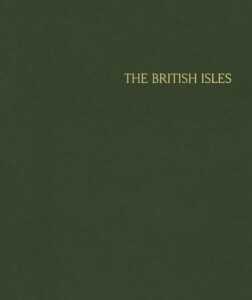 Jamie Hawkesworth’s (b. 1987, Suffolk) photography career had an unlikely beginning when he first used a camera in 2007 as part of his forensic science degree in Preston. A year into his course, on a bit of a whim, he quit and started studying photography instead. Subsequently, he spent every single day roaming the streets of his hometown, asking strangers if he could take their portrait with his beloved Mamiya RB67 — the same model he still uses now to capture unnoticed people and scenes, starting with his earliest images which culminated in his 2014 debut publication ‘Preston Bus Station‘. Since then, Hawkesworth has become known for his depictions of all that appears simple and mundane — a subject matter that instigated a photographic project which took 13 years to complete: his most recently released work ‘The British Isles‘.

Mixing landscapes with still lives and portraits, the embossed green linen book published by MACK provides an index of life in the United Kingdom as seen through Hawkesworth’s quietly, observant eye. With the introductory image, we commence a journey through a dreamy, glowing field that is reminiscent of a classic renaissance painting. Injected with tenderness, the scene is bathed in warm, natural light and romantically rendered through deeply hued colors. Amongst the soft-looking field of golden grass walks a lonesome figure with equally golden locks, while smog from the factories and densely populated cities in the distance blends in with the clouded sky above.

Always travelling by train with last-minute purchased tickets led to Hawkesworth’s vast archive of images included in the volume. Since moving to London in 2009, he would find himself at King’s Cross or Euston station in the early mornings to check the timetable and departure board for places he had never been to before. This spontaneous, instinctual approach of not knowing what to expect or who he would come across is what lends the work to be such an authentic, non-staged depiction of a modern, multicultural Britain. 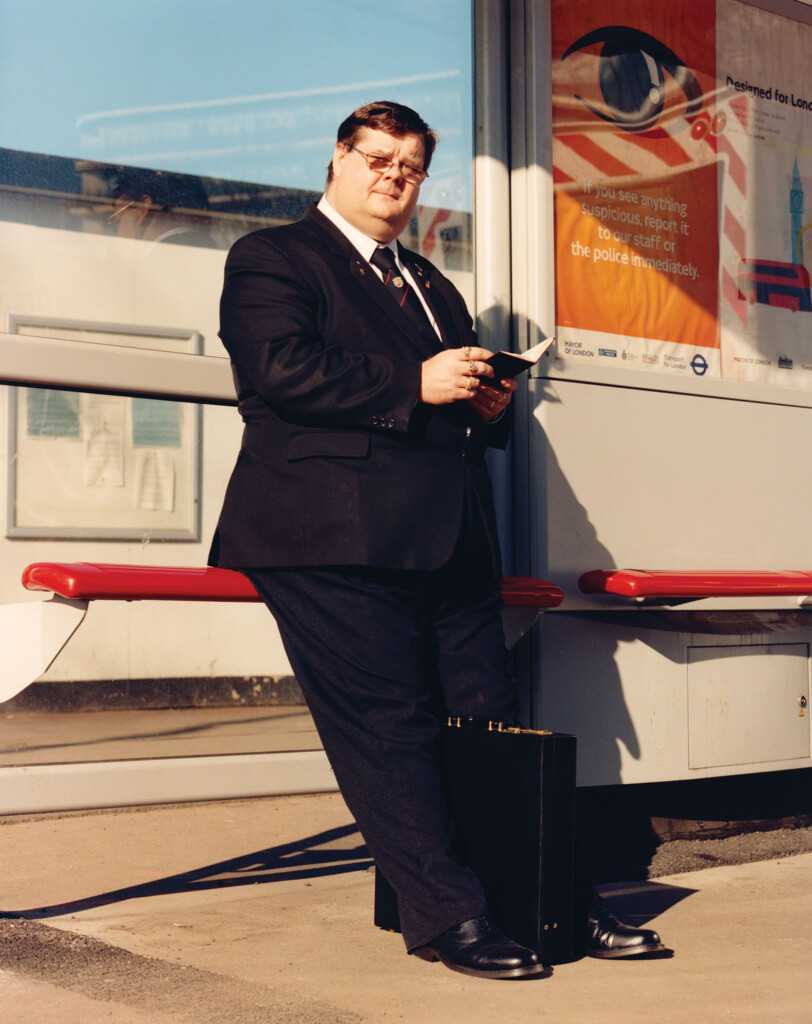 At over 300 pages, ‘The British Isles’ celebrates each of his encounters with the characters, terrains and social signifiers that make up the quotidian fabric of his home country: schoolchildren, corner shop workers, priests and professionals, city commuters at bus stops and train stations, seaside fairgrounds, markets, estates and construction sites — all evoking a sense of remarkable familiarity. Within this blueprint, Hawkesworth has captured the symbiosis between natural environments and industrialized, built-up settings; from remote and sparsely populated locations like the Shetland Islands and the Inner Hebrides on the west coast of Scotland, to multiple rural villages and urban stops across the Midlands, Wales and the south of England.

With no foreword, names, locations or captions, he leaves a lot of space around the work for the viewer to bring their own interpretations to them. Despite not having been contextualized, ‘The British Isles’ spans a particularly turbulent and eventful decade filled with political and social unrest, through which Hawkesworth makes visible every cultural element that binds the population together in a shared but fractious land. As much as it is a historical document as a by-product, this book is an exercise in curiosity, serving as a reminder of the photographer’s search for himself. 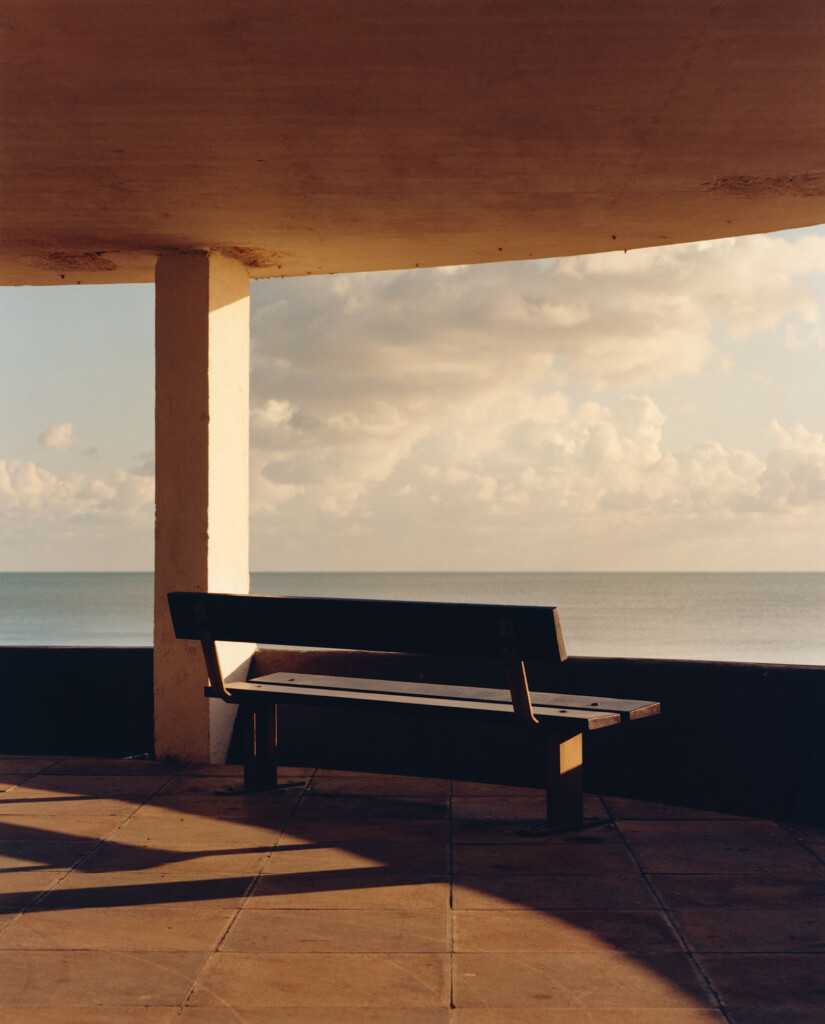 Jamie Hawkesworth is a British fashion and documentary photographer, who has worked on editorial campaigns, catalogues and commissions for the likes of Vogue and New York Times Style Magazine. In 2014 the British Journal of Photography pronounced him as a “One to Watch” talent and in 2018 he received the Award for Editorial, Advertising and Fashion Photography from the Royal Photographic Society. Preferring the slower, hands-on approach of analogue photography, Hawkesworth shoots exclusively on film and spends hours in the darkroom developing and making his own prints.