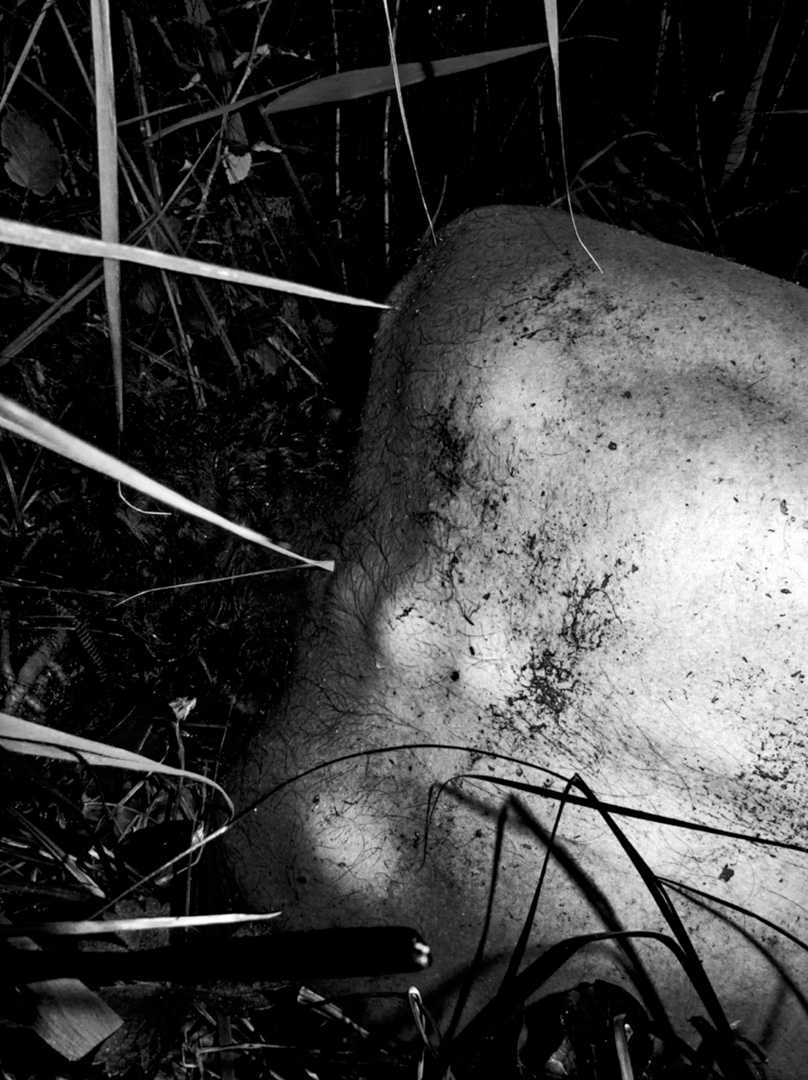 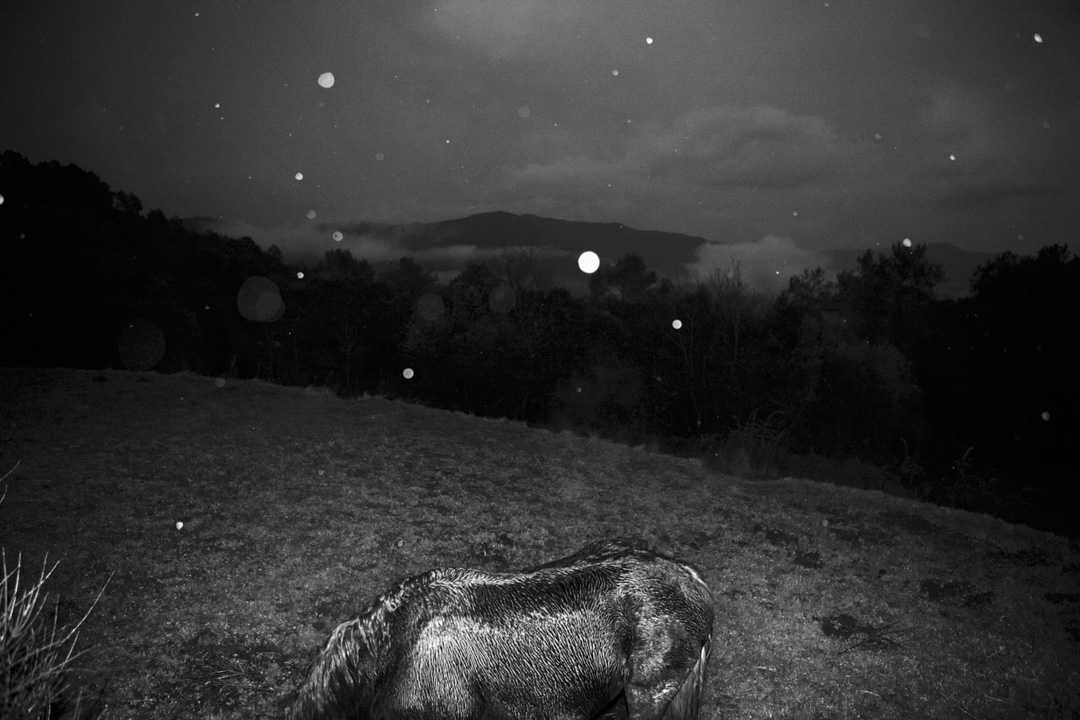 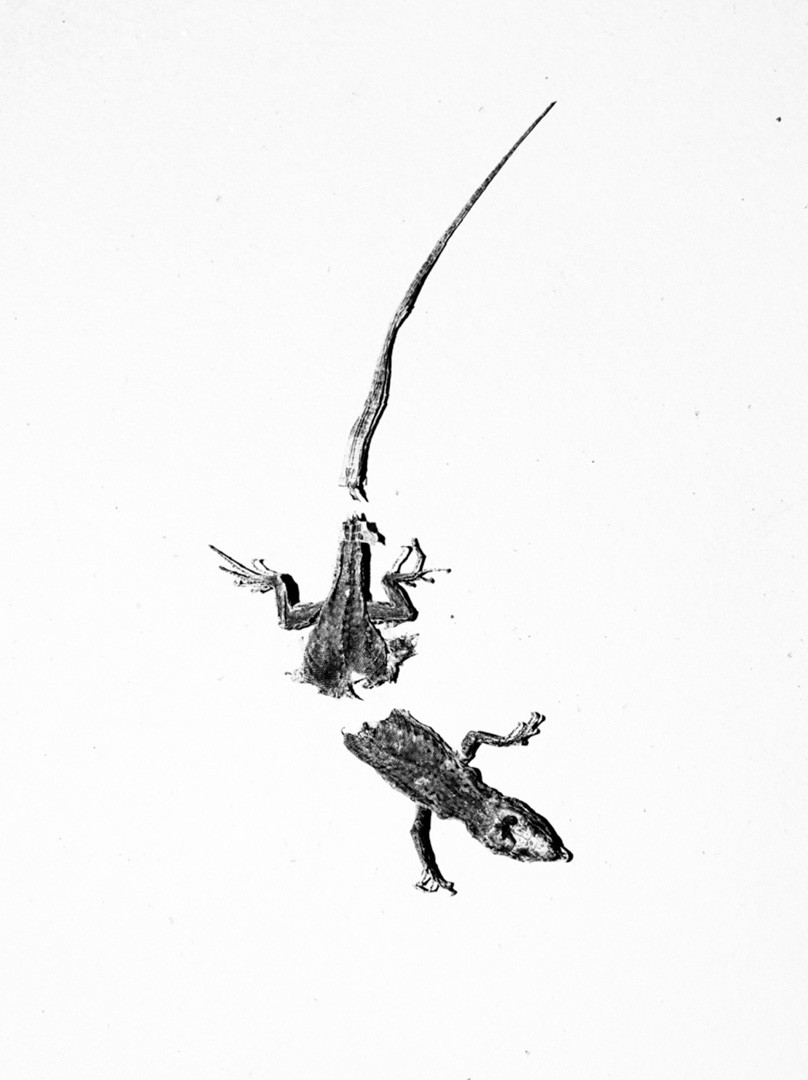 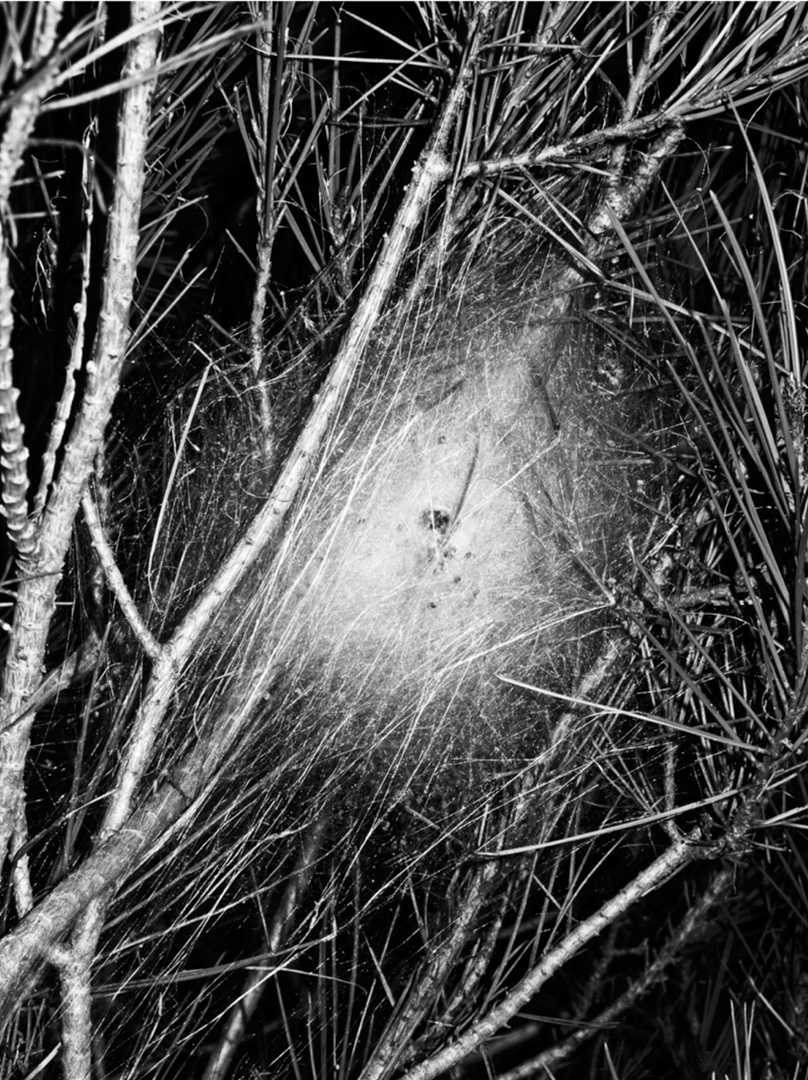 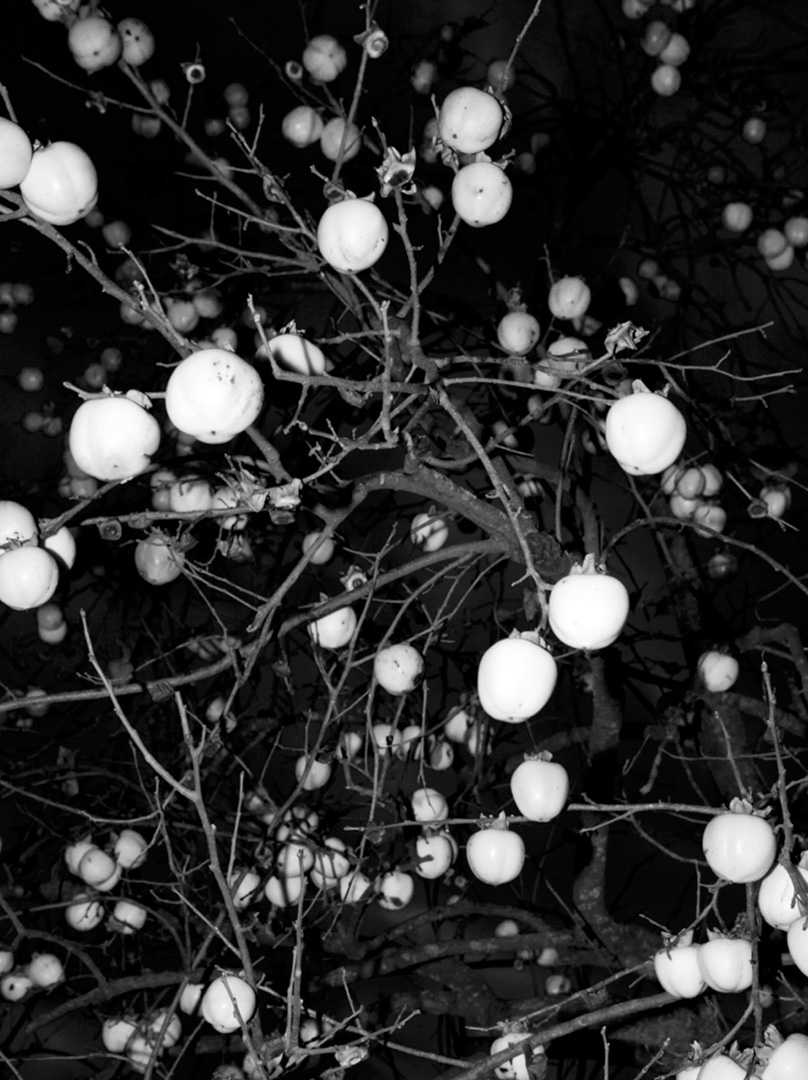 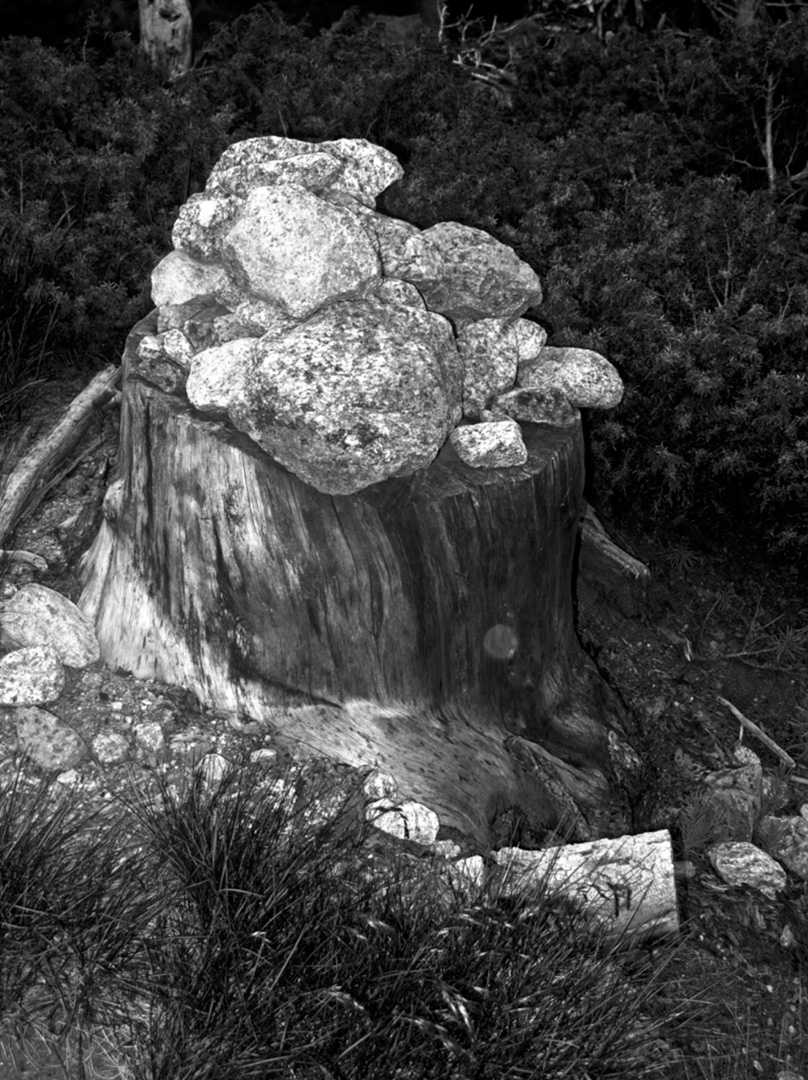 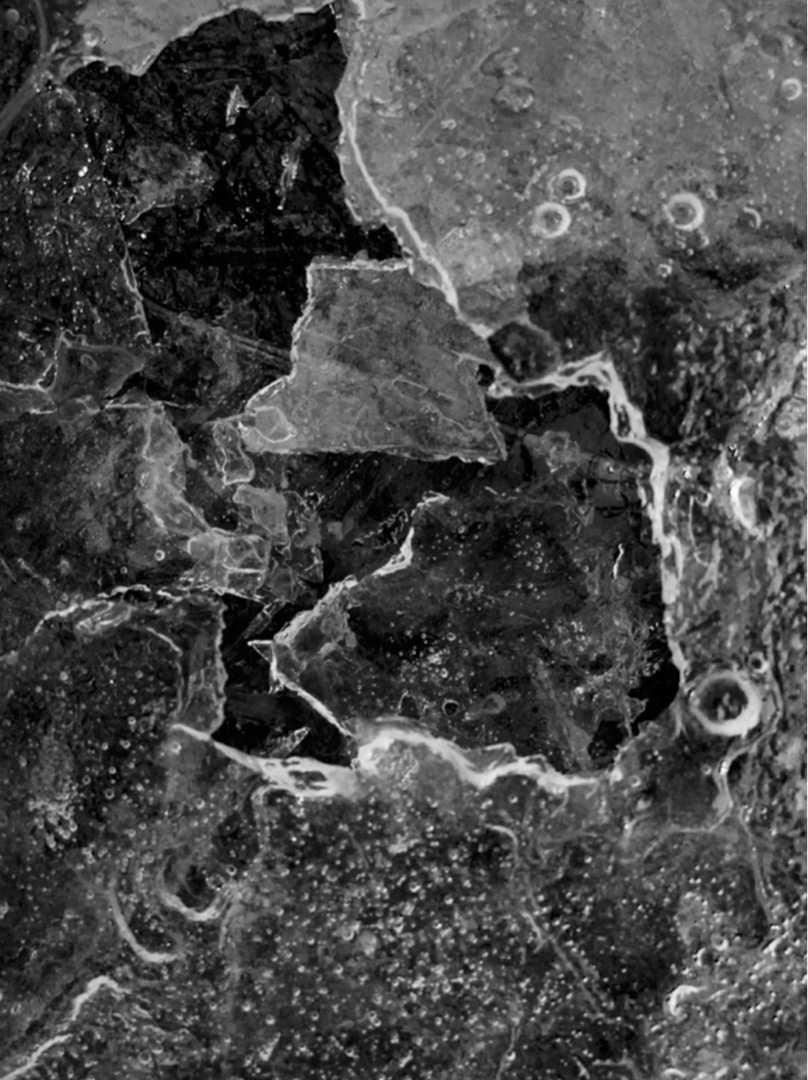 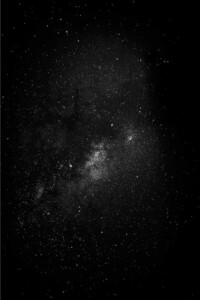 Click. Snap. Pop. They could be noises emitted from a camera – or from fallen branches cracking underfoot on a forest trail. Exploring Yurian Quintanas’ new photobook Indago, one can imagine the sounds synchronously as the photographer snaps his way through a dark forest.

The Spanish word indago means I track, or, trace, hunt. In his photobook, Quintanas lays out the evidence of a night-time forest probe in which it is not clear whether the photographer is hunting or being hunted, exploring or being tracked. Quintanas’ photographs are high-contrast black and white images of forest details that, when lit with flash (or flashlight), appear otherworldly and unfamiliar. He observes a slow, secret world of life and death in the wilderness, underscoring his own solitude. Tangles of monstrous overgrowth, fragments of ice over murky water, pitch black crevasses between masses of rock; these are simultaneously the raw compositions of nature and stuff of our minds’ nightmares.

The abundant use of black ink sinks us deep into the unsettling void of wilderness at night, tapping into ancient instincts that must negotiate invisible terrain for survival. Indago’s matte black cover is scattered with the canopy of night stars, perhaps from somewhere deep in the forest pictured inside the book. About halfway through the book, a centre foldout presents artefacts collected from the forest against a stark white background. A gnarled spine-like root, a single butterfly wing, a broken open fruit and the skeleton of a lizard are laid out on white like forensic specimens.

The book finishes with a quote by the nineteenth-century American writer Henry David Thoreau, famous for having eschewed city life to live with nature in his iconic account, Walden. Where Thoreau finds his essence reflected in an idyllic representation of nature, Quintanas peers into its unsettling darkness.