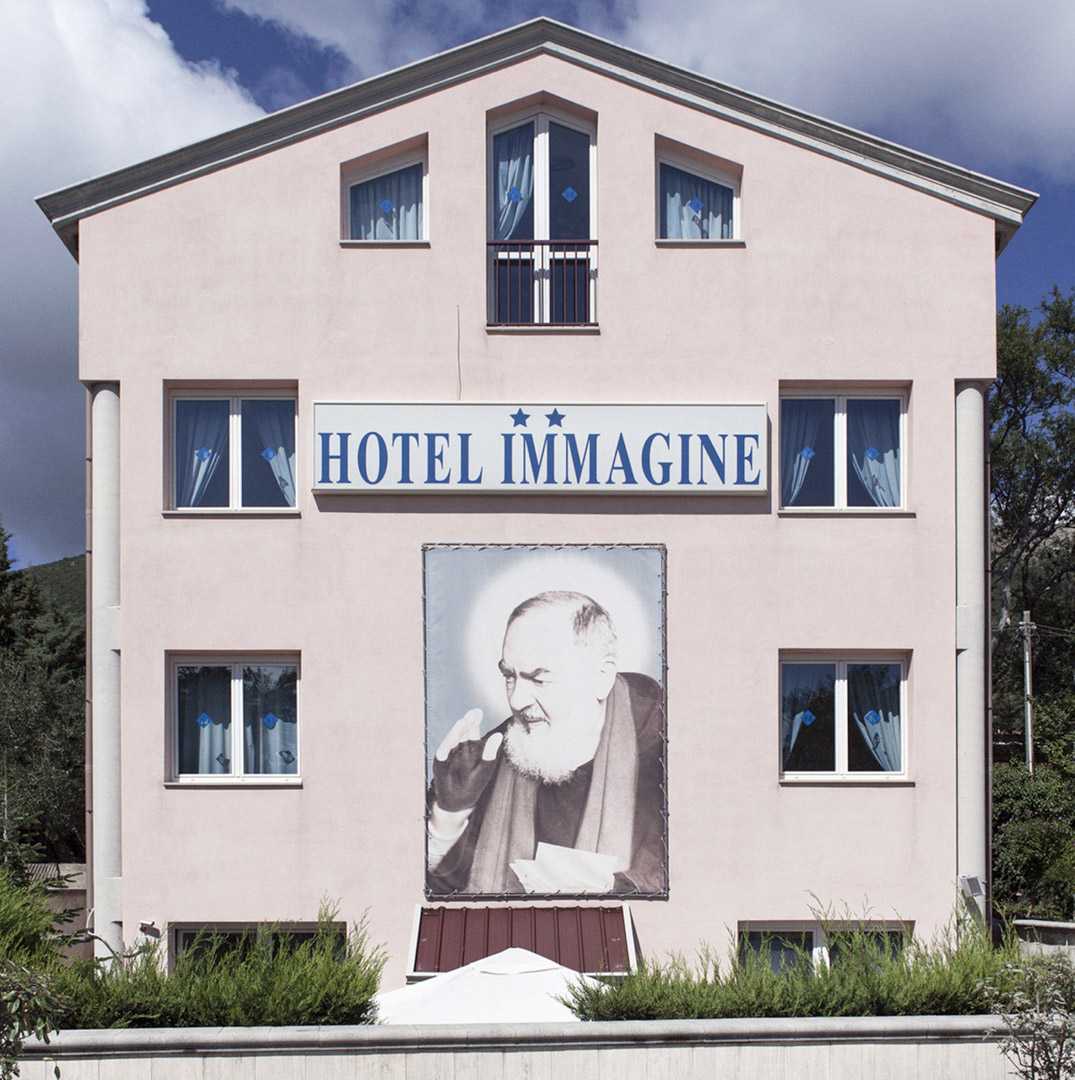 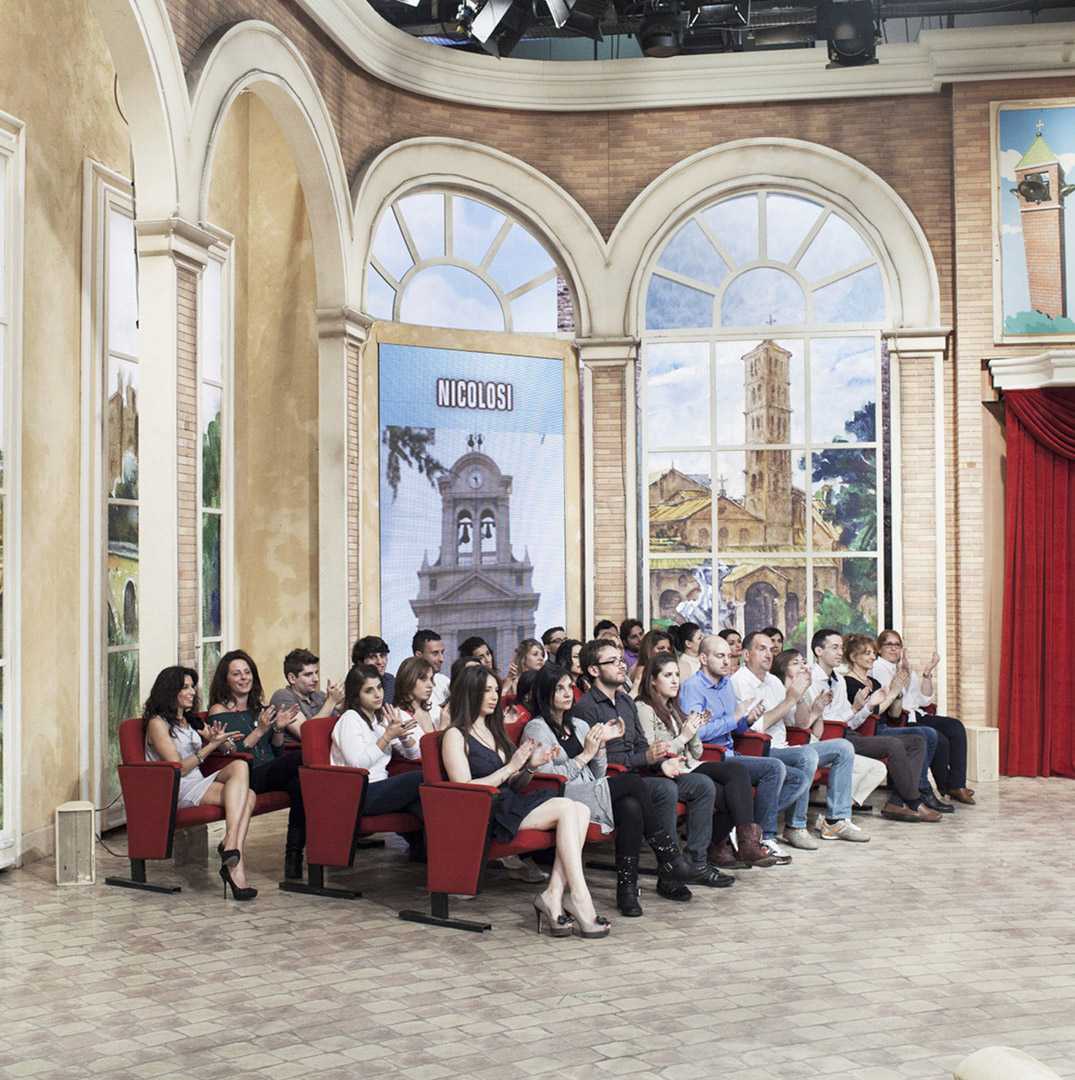 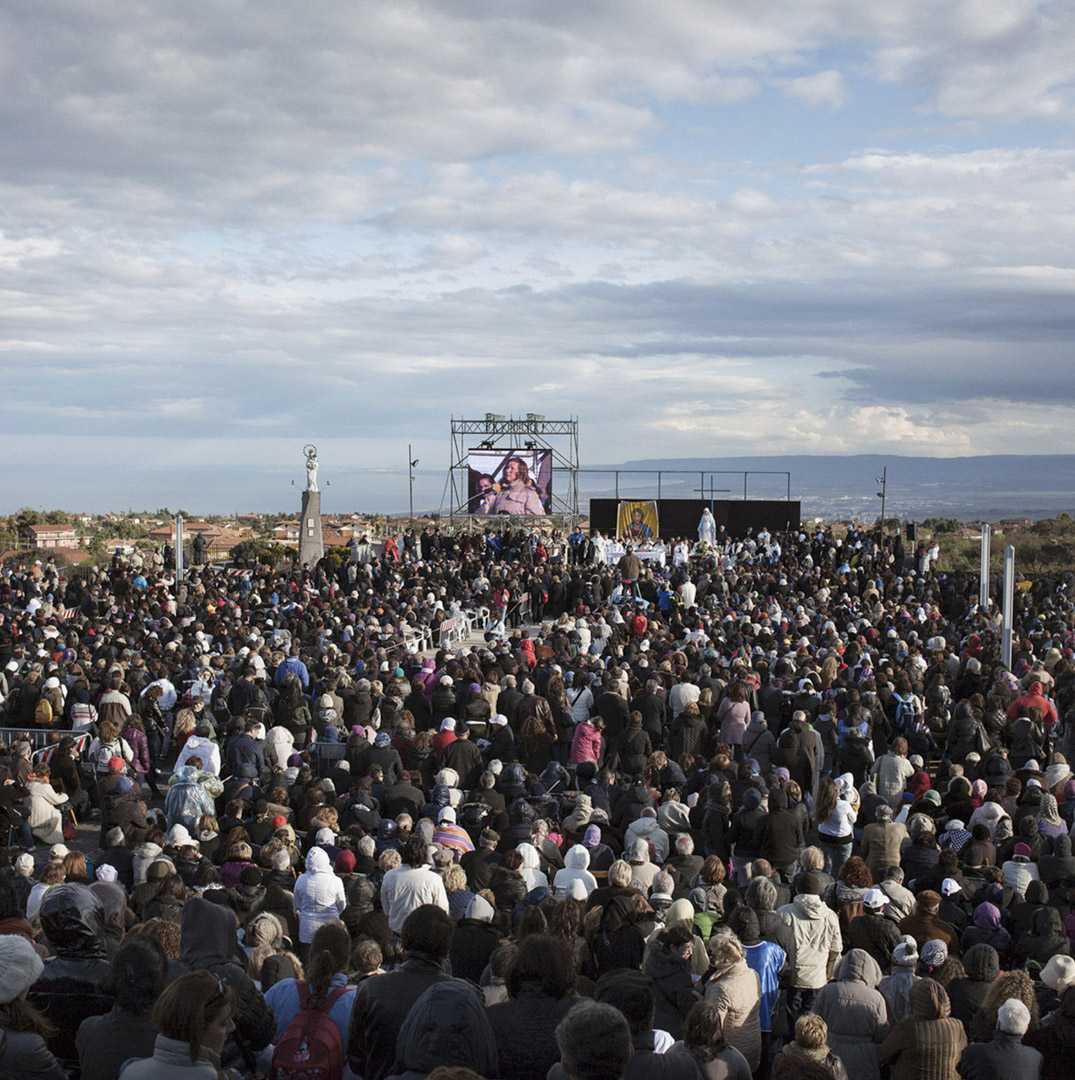 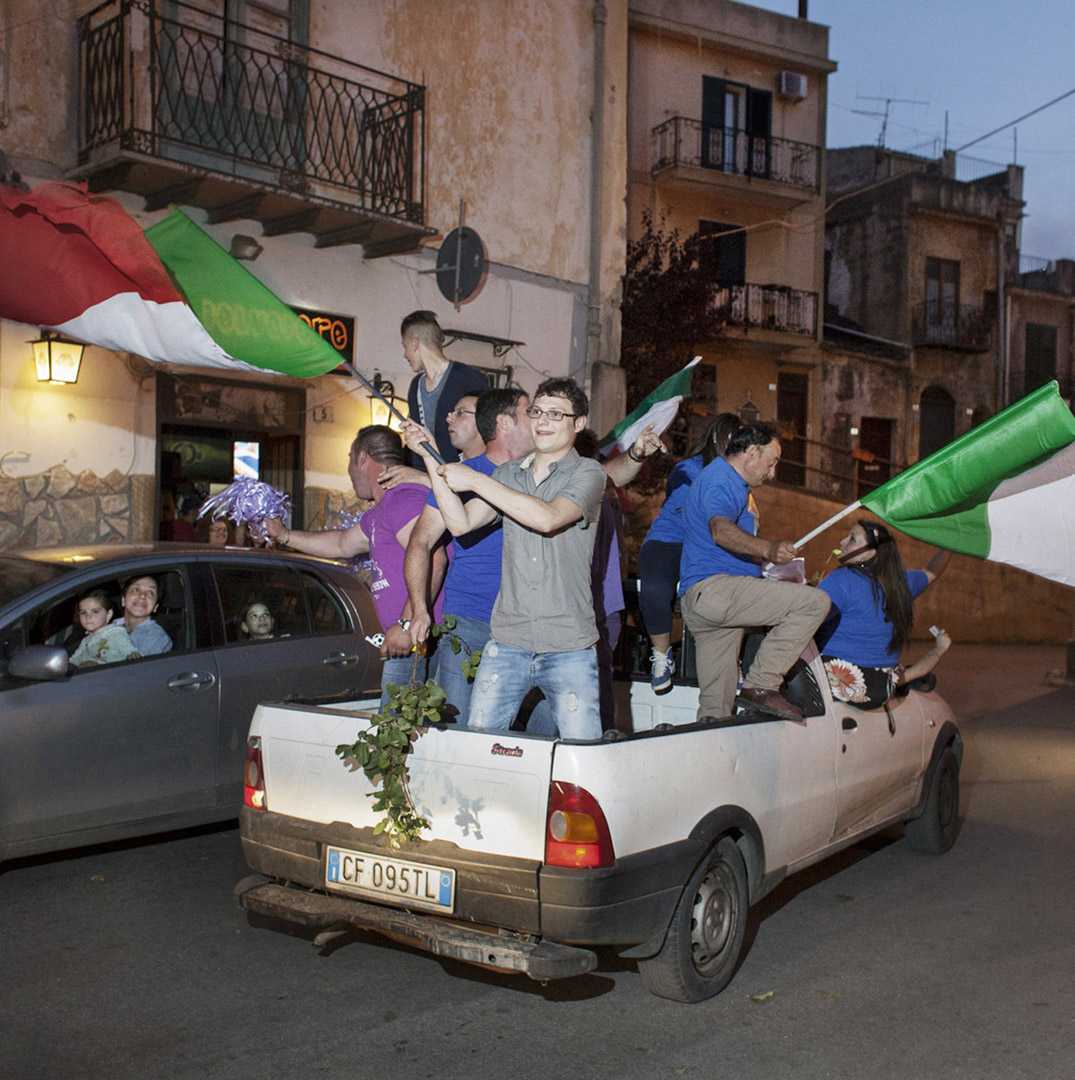 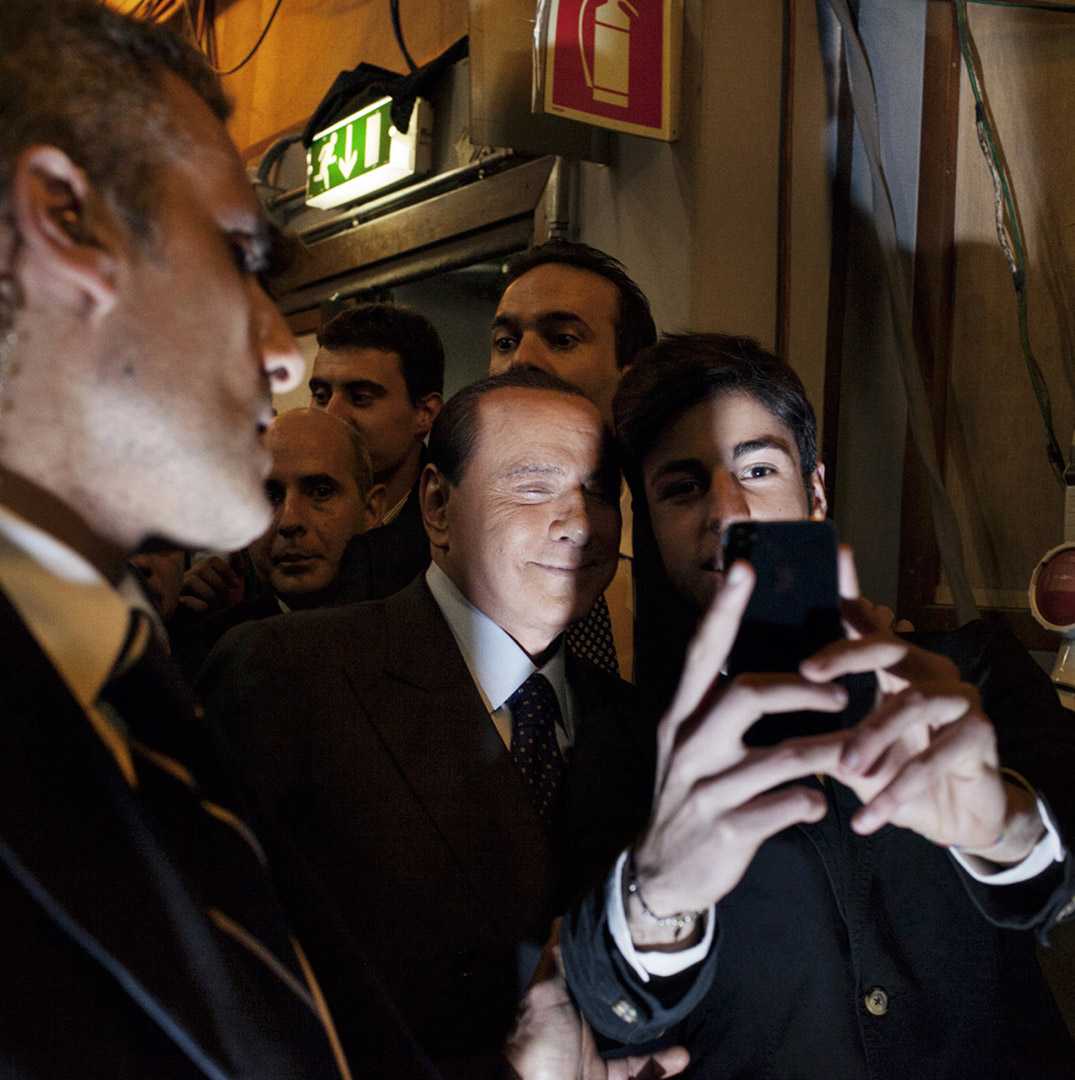 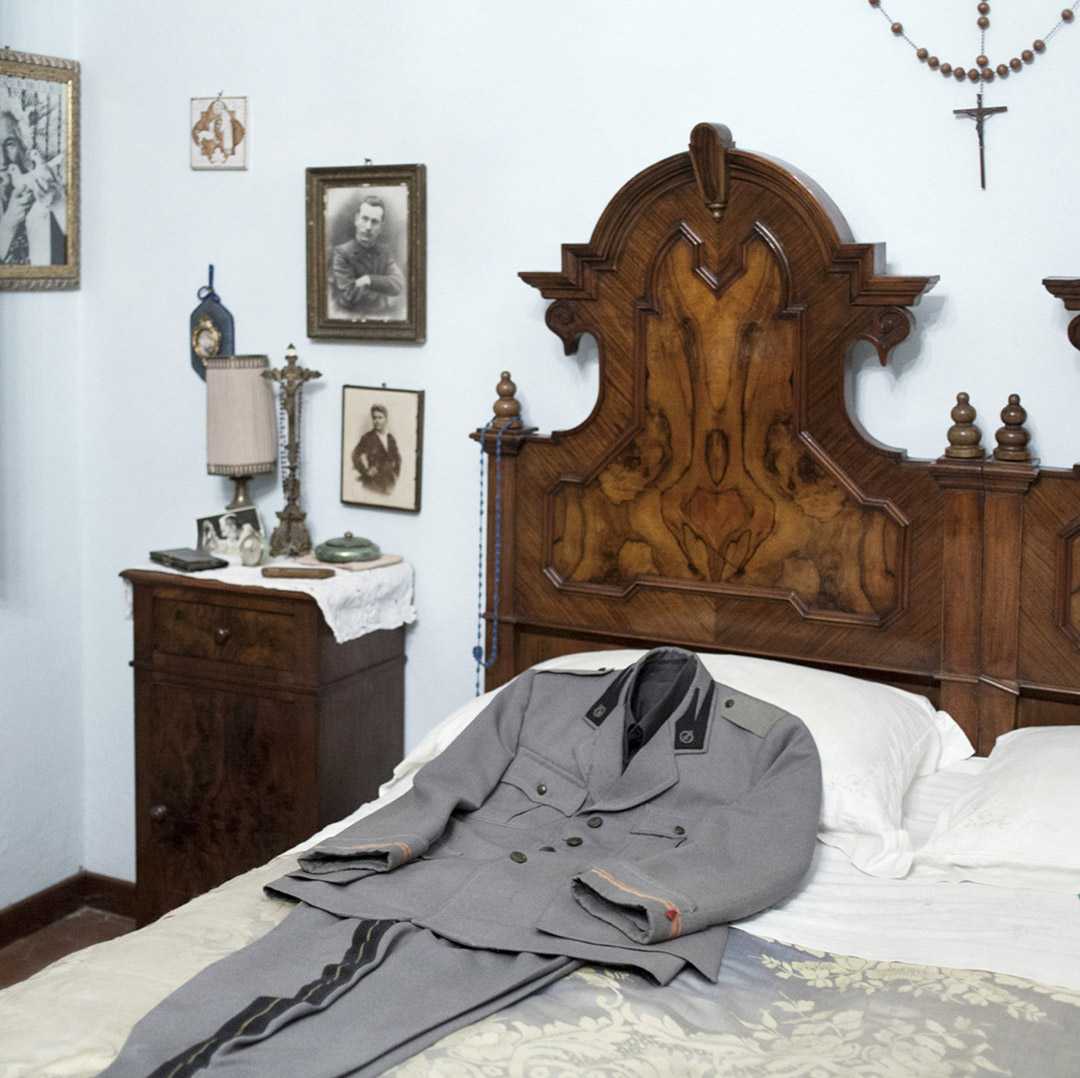 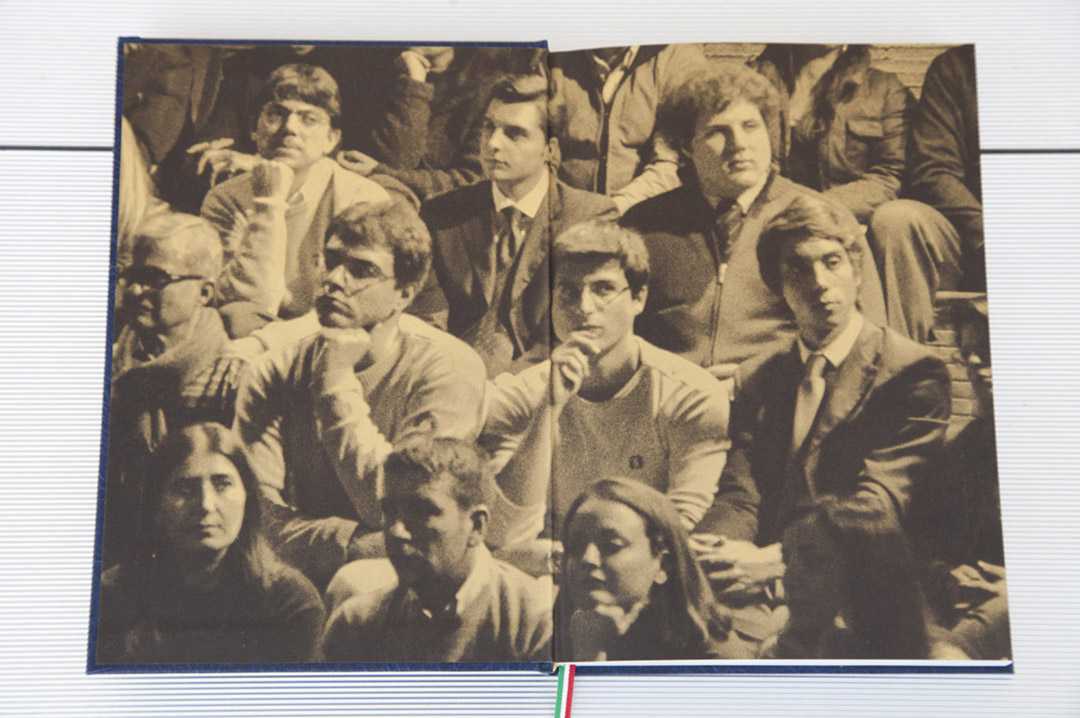 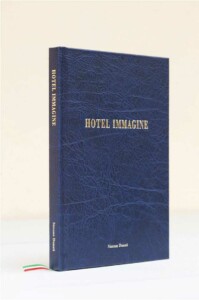 Simone Donati, member and co-founder of the collective Terraproject, has travelled around Italy for the last few years in search of ‘events’ that, each in their own unique way, define the collective identity of the country of his birth. The resulting publication, Hotel Immagine, is a vernacular mix of religion, politics, and grotesque entertainment – at some times naïve, at others fanatic.

If all nations are but ‘imagined communities’ (a concept coined by Benedict Anderson) then Italy is certainly a vivid example of such a socially constructed entity. After various unsuccessful attempts for Italian independence, a form of unification was established in the 1860s that eventually resulted in what we today recognize as the republic of Italy, but anyone who ever visited the country realizes how it is still a nation ruled by a regional mentality.

So what keeps these people together, besides language? Do they have similar interests or things that they can identify themselves with? Here the word ‘mass’ comes into play, in relation to actual physical get-togethers but maybe even more significantly, in reference to mediated ‘events’. As suggested by the Slovenian philosopher Slavoj Zizek, we should not so much think of these events as those things that are all interconnected in one big web of occurrences. An Event is not about the empirical but rather concerned with “the loss of some primordial unity and harmony that never existed”.

One immediately has to think of the Roman Coliseum or the Vatican, but also the Fascist events organized by Mussolini come to mind or, in a more contemporary context, the media-tycoon Berlusconi who has set the marks for the grotesque in recent years to an unprecedented level. In Italy, everything eventual is theatrical (or, in the words of Zizek, just a “retroactive illusion”); Religious, political, mediated get-togethers are larger-than-life and this is exactly what makes them so idiosyncratic and distinctively Italian.

The photographer Simone Donati is obviously in control of his subject. First of all, the book is designed as a smaller version of the Bible, with a dark leather cover and the title imprinted in shiny golden letters – and the genius is in the detail: it even contains a ribbon bookmark in the colours of the Italian flag! Furthermore, besides the signature style pictures of Donati – deadpan, square format registrations of typical Italian gatherings and characteristic situations that leave much space to judge according to our own point of view – phrases taken from Facebook groups of the various situations photographed are included on Bible-thin pages, giving the publication a welcomed extra layer to the ‘dry’ photographic registrations of Donati.

Hotel Immagine is completed with a short essay by Daniele Rielli, who stresses the fact that Italians, “as a people, are virtually non existent as a unity, if it were not maybe for this carnivalesque tendency for preservation.” He concludes by saying “[…] it is apparently difficult to imagine a different future. “ While this may sound overly dramatic and contrasting with the irony that reflects from Donati’s images, it is also an emblematic kind of self-punishment that seems essentially Italian. All together, it is exactly the incompatibility of elements, the paradoxical and the baffling, which together smartly gives shape to what Hotel Immagine attempts to get across.