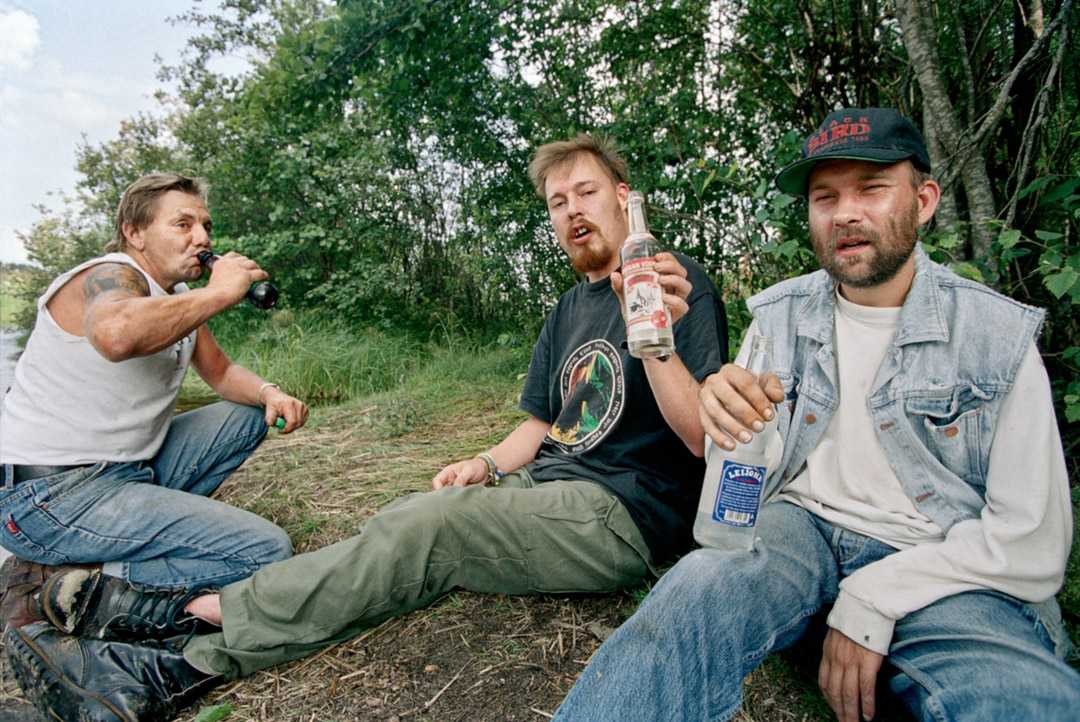 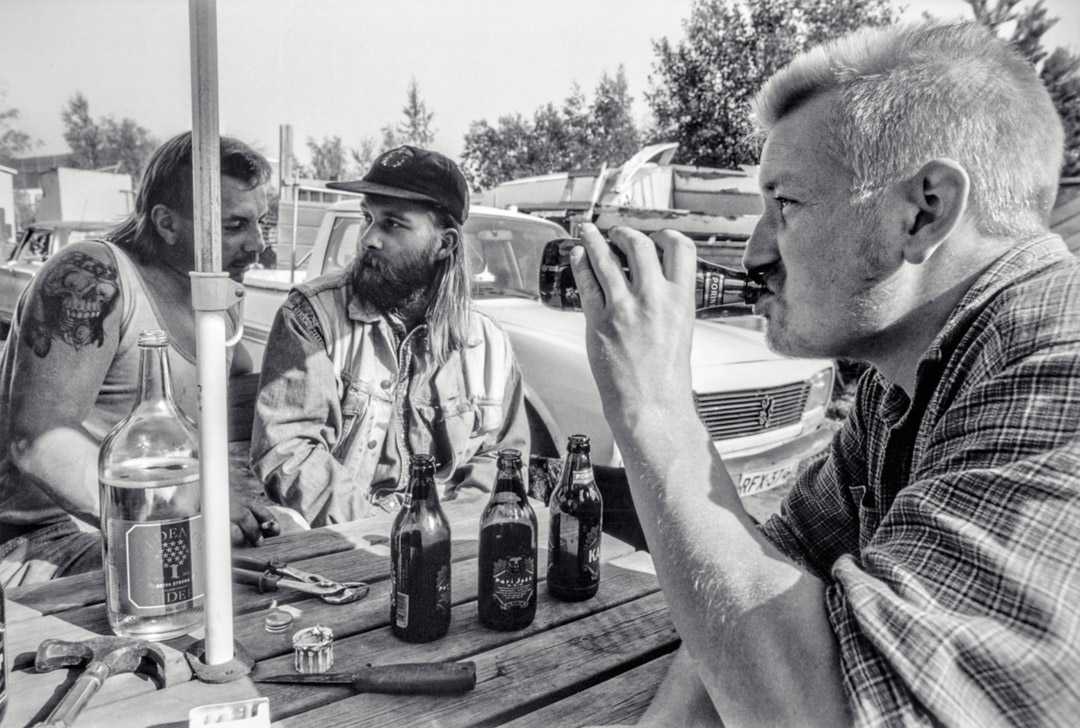 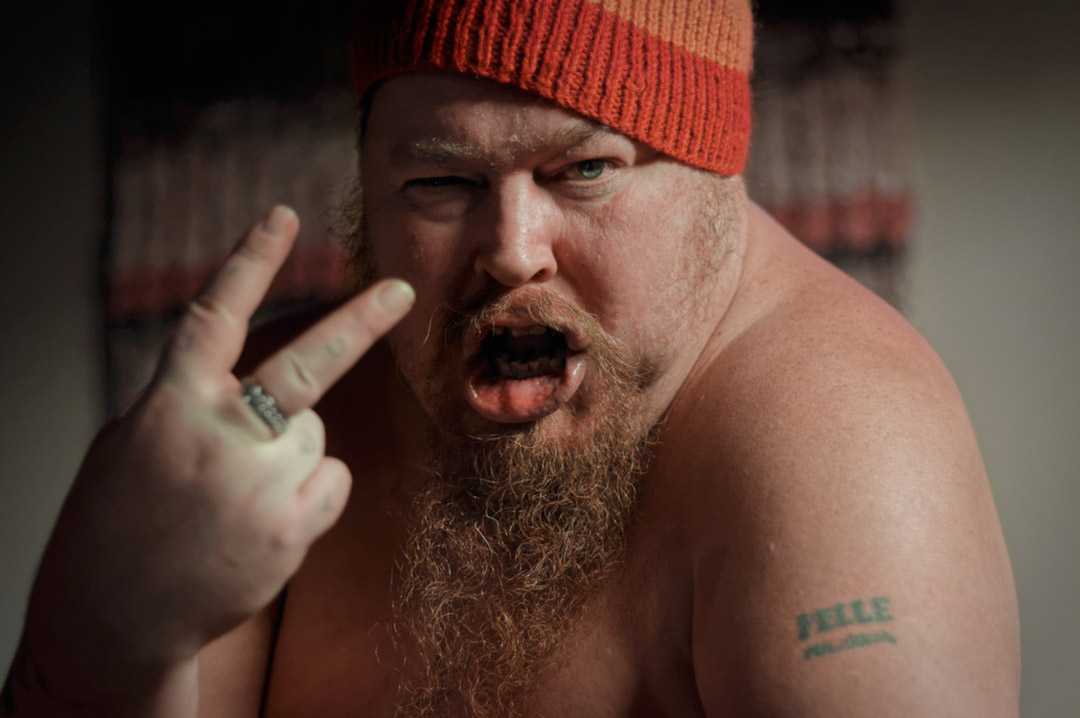 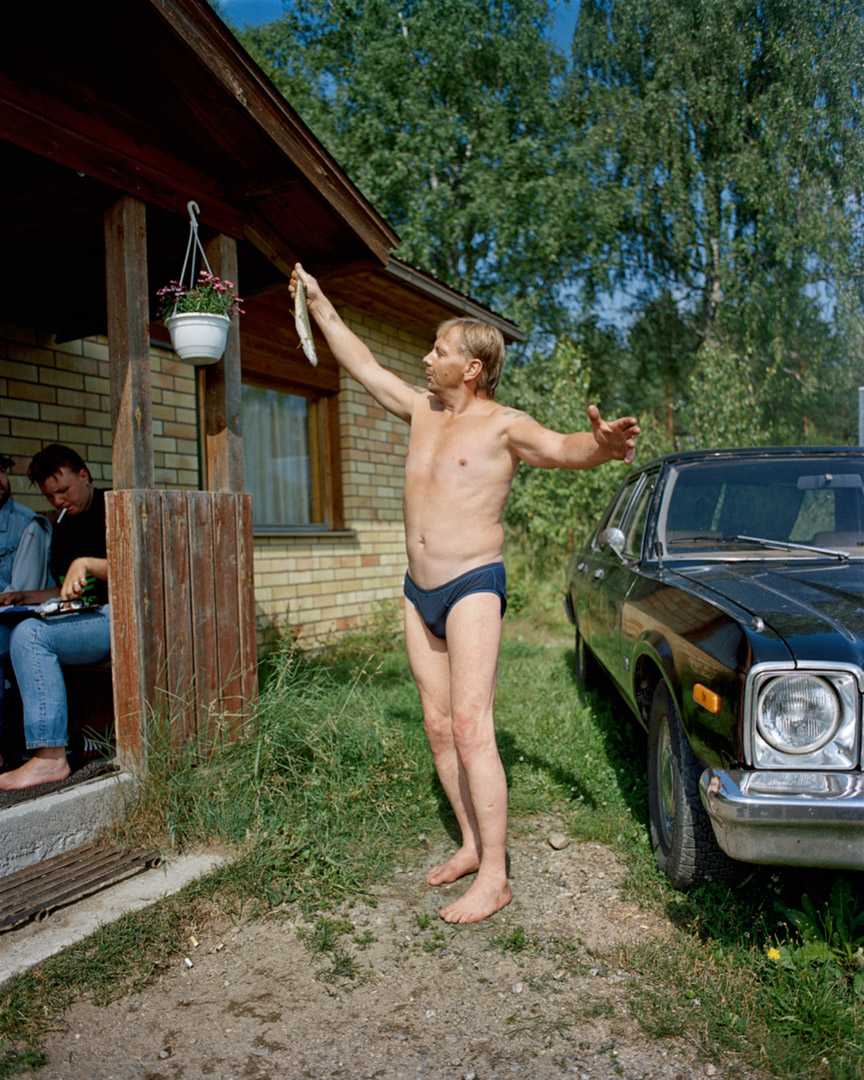 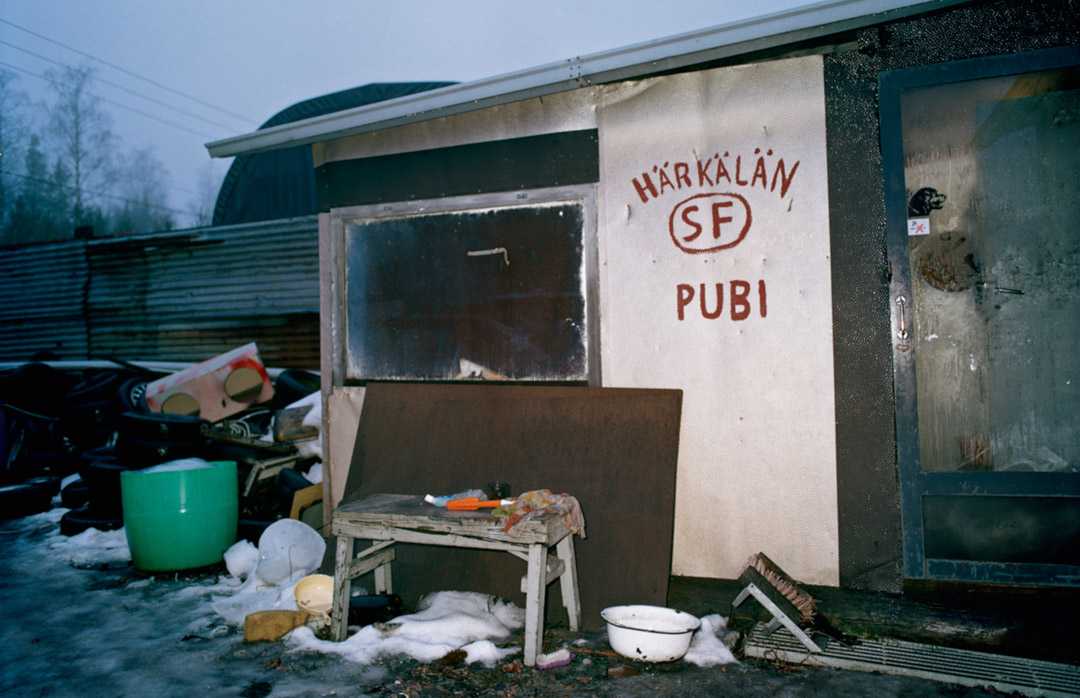 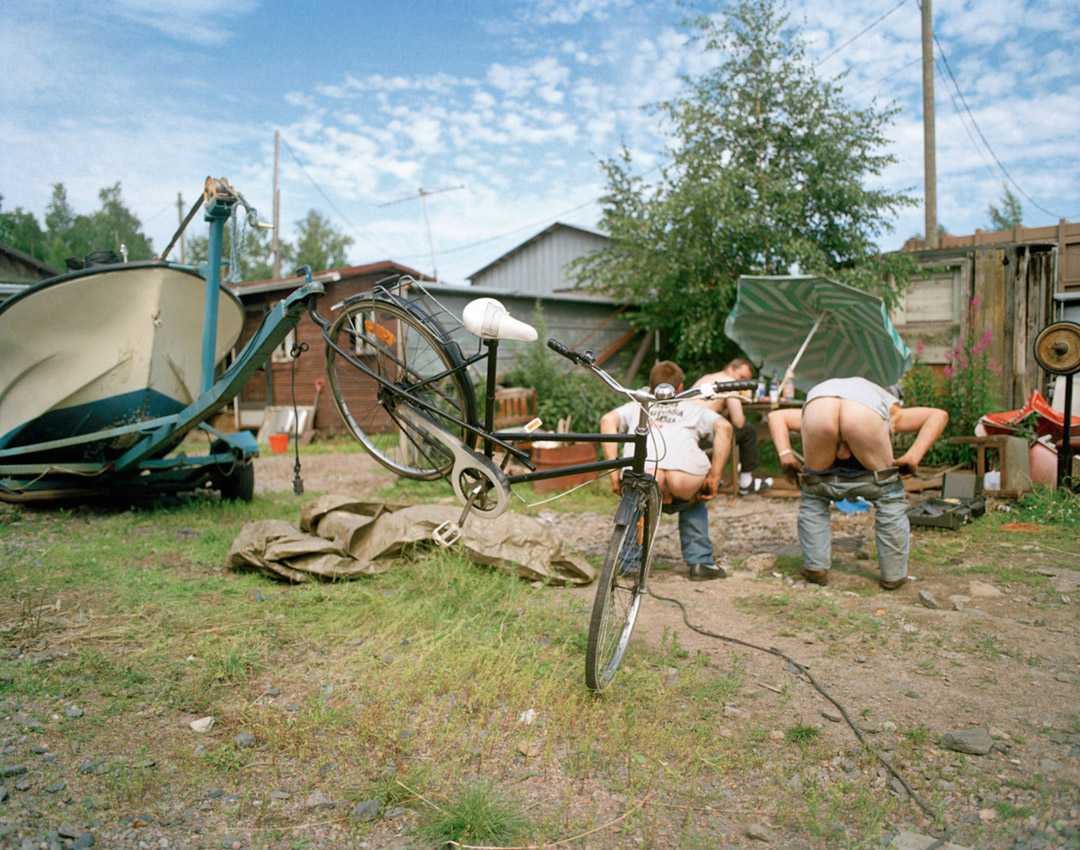 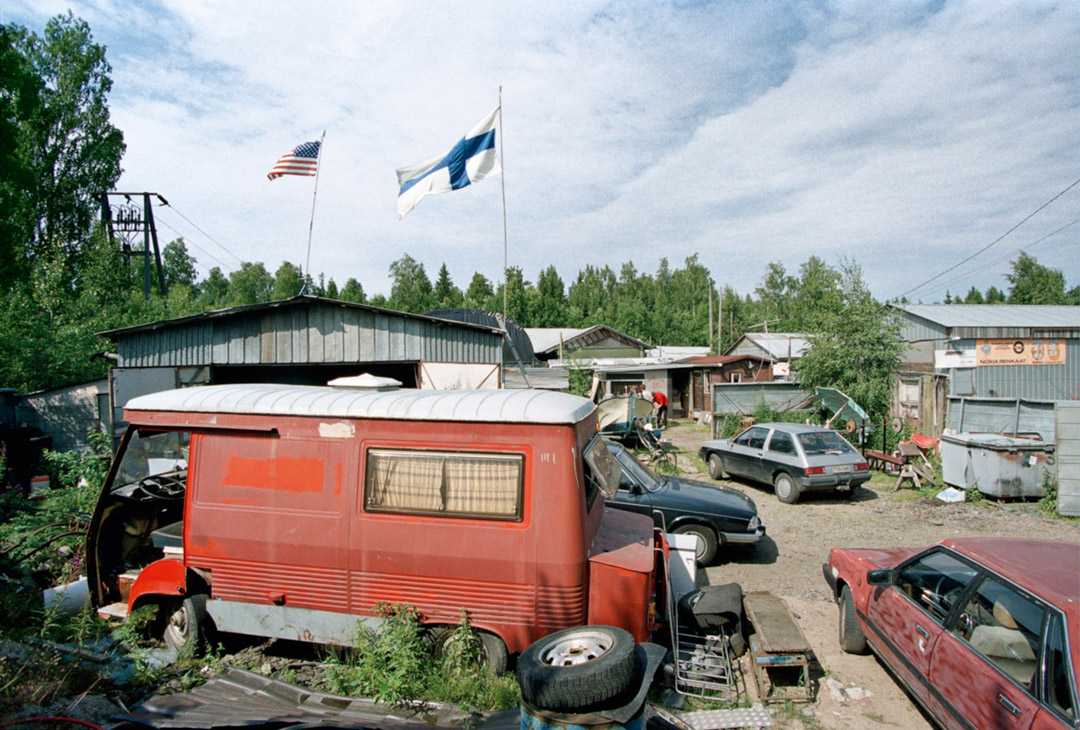 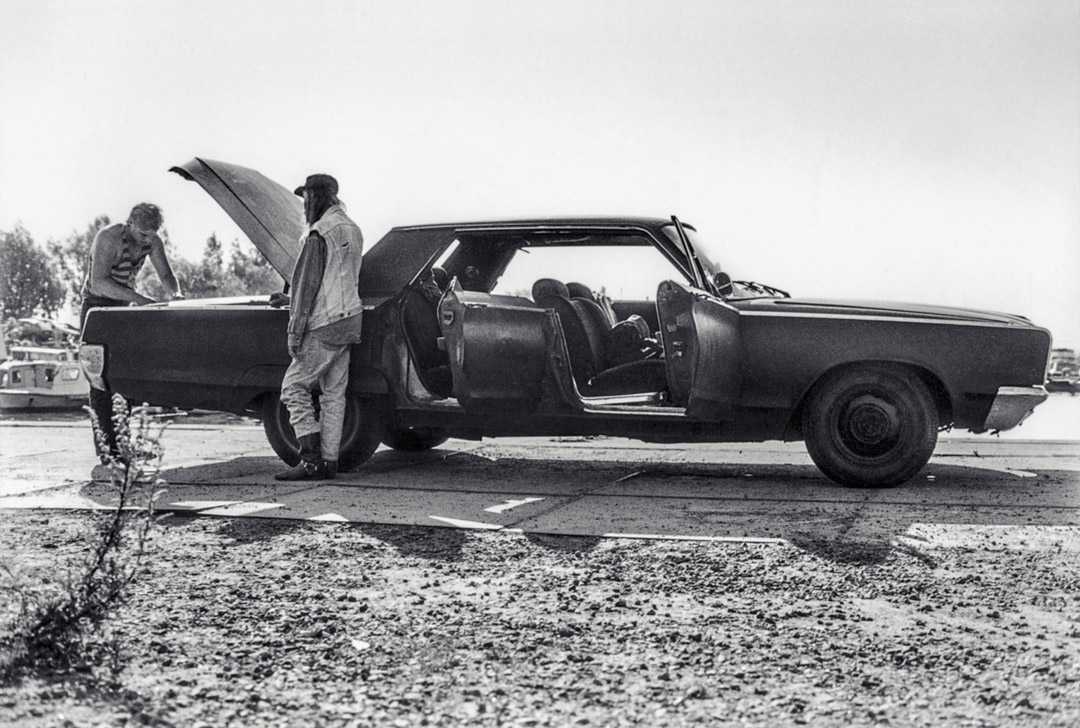 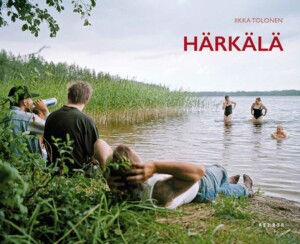 Twenty years is a long time, though it can always be the case that some people, and some places, never change. In Southern Finland, in the suburbs outside Helsinki, photographer Iikka Tolonen befriended some ‘hell-raisers’, as he calls them, and produced a documentary project about them, tracing their lives across three chapters of time: around 1993, 2003, and 2013. The resulting book, Härkälä, presents the story chronologically, revealing a world where the people show significant signs of aging, with little evidence of growing.

Putting aside the tired clichés of juvenile impulses expressed well into adulthood, and quaint notions of reducing manhood to a stereotype devoid of any nuance or individuality, it’s more interesting to view the evolvement of Tolonen’s photography over twenty years. The images shot in the early ‘90s are black and white reportage, while the images shot around the early 2000s transition to colour, keeping the kind of candy-coloured palettes of drugstore film development. Meanwhile, the photographs shot over the last couple of years reveal the contemporary aesthetic achieved from modern digital SLRs, in particular the lush colours maintained even in low lighting. Tolonen also gets notably closer to his subjects, no longer shooting his scenes in a reportage way, but moving into portraiture and close-ups of flowers and a birdhouse.

While Tolonen portrays his subject seemingly with an idea of glorification and nostalgic romanticism, describing Härkälä as “a land of free independents”, what shines through more loudly is the sad degradation of their lives over time while focusing their attention apparently exclusively on vices – a presentation rather too mundane to consider them as actually “free independents”. Therefore the romance the artist may have envisioned is altogether lost and a different story emerges for the viewer – one more akin to a warning for the Peter Pan “I won’t grow up” approach to life.

Through Härkälä, we are able to see the passage of time threefold: Tolonen’s subjects aging, Tolonen’s photographic voice evolving, as well as the medium of photography itself advancing. It’s with this insight of vision that Härkälä is able to achieve an interesting narrative, and draw the emotion of nostalgia closer.

Härkälä was the winner of the Nordic Dummy Award 2014 and was launched at the Fotobookfestival 2015 in Oslo. It’s available for sale from Kehrer Verlag.