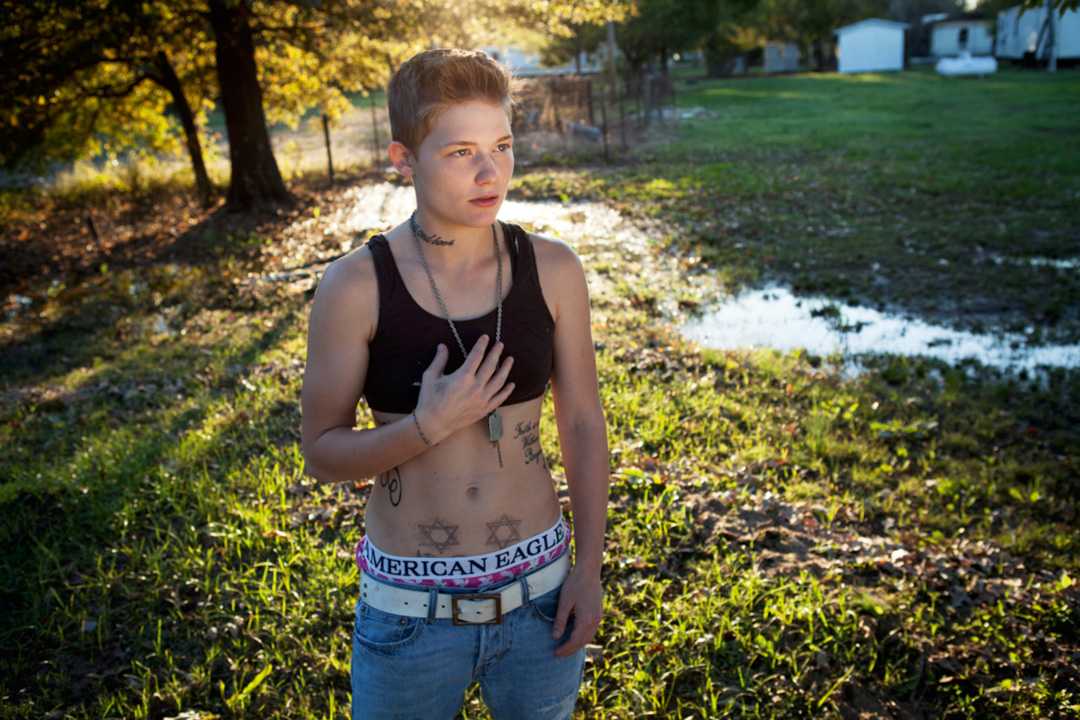 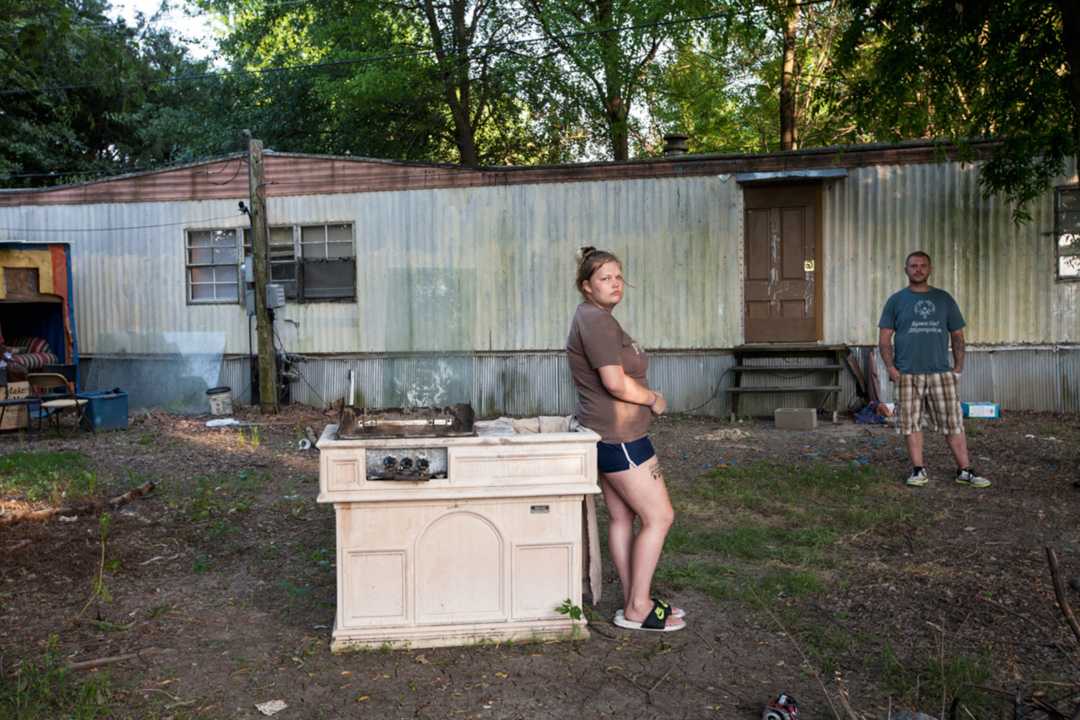 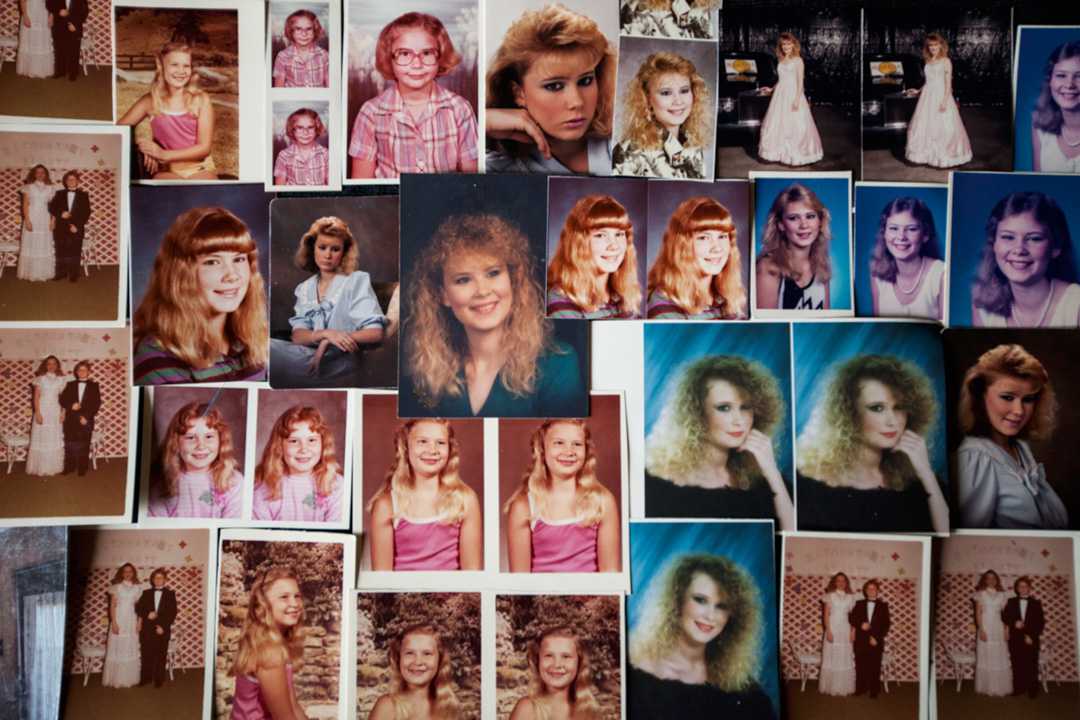 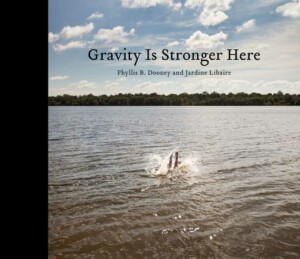 The city of Greenville rests on the riverside of the Mississippi. Photographer Phyllis B. Dooney, a self-professed ‘Yankee’ of the North, travelled to the Mississippi Delta in search of a shared ‘American’ way of life. There, she encountered Halea Brown, a young lesbian woman, as she rapped to an Eminem song at karaoke night. Dooney began to document Halea and her family, in pursuit of an understanding of the complex contradictions that exist in a nation of the faithful and progressive.

In her book Gravity is Stronger Here, Dooney builds a narrative of documents from which emerge stories that speak both to the specifics of Greenville – the peculiar weight that holds citizens in through poverty, religion, crime, and views on freedom, love and abuse – as well as what these specifics mean in the broader context of belonging to America. The 18-year-old Halea, shown in bed with her girlfriend, getting a new tattoo, smoking and playing pool, appears to live a life that conflicts with the traditional ideology of Evangelism, and yet, it also speaks to something essentially ‘normal’ in contemporary America.

The lives of Halea’s family members are similarly shown to be both specific and common. There’s evidence of religious faith and love, drug usage and conflict, pride and frustration, playfulness and doing the laundry. It’s this contrast and conversation between ideals and reality, hope and hopelessness, where Dooney succeeds in illustrating the essential America.

While the documentary approach could very quickly fall into an objectification and exotification of the ‘other’ – in this case, making a typically Northern fetish-object out of the South – Dooney wisely includes an integral quote from Halea, on the experience of being documented:

I feel like, to you, I am somewhat of an entertainment symbol. You know what I’m sayin’? I’m not sayin’ you’re usin’ me, but you really are usin’ me. Which is cool, it doesn’t matter, ‘cause I don’t mind helpin’ you, but at the same time I feel like we’re friends ‘cause I love you to death. And you’re my shit, my nigga, my hitta. And then on this backside, I don’t know what you’re like at your house. Like, are you nasty? You know what I’m sayin’? Who are you from outside the back of that camera?

By giving space to Halea’s expression of her own view of the project, Dooney offers Halea and her family a necessary dimension: agency and dignity. The resulting book feels like an act of building a bridge between two worlds – at a critical moment in time, marked by people walking further and harder into extremes.

The images are accompanied by poems by Jardine Libaire, based on interview transcripts and immersion with the family.

Gravity Is Stronger Here is available from publisher Kehrer Verlag. The book was featured in GUP#53, the Infinity issue.