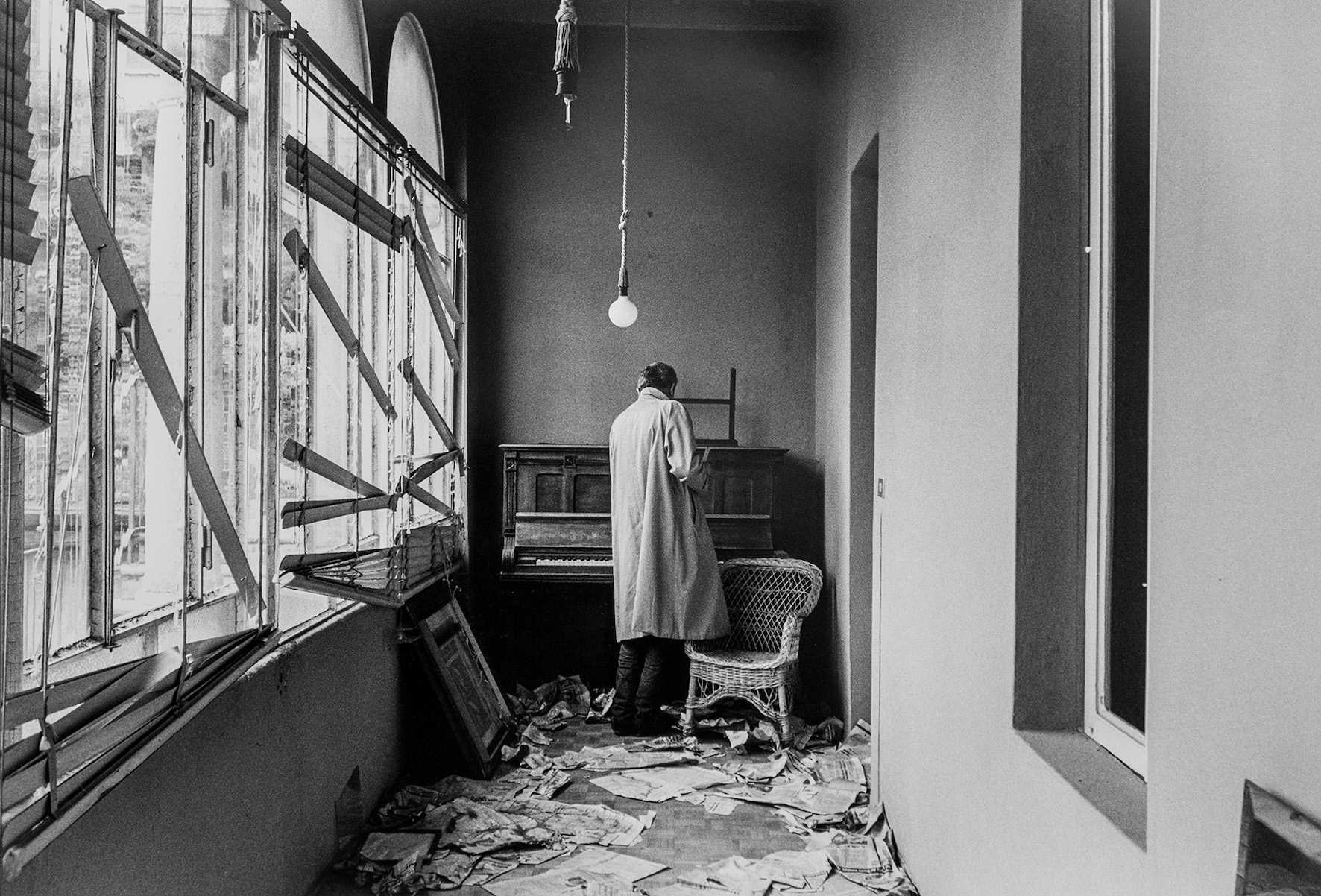 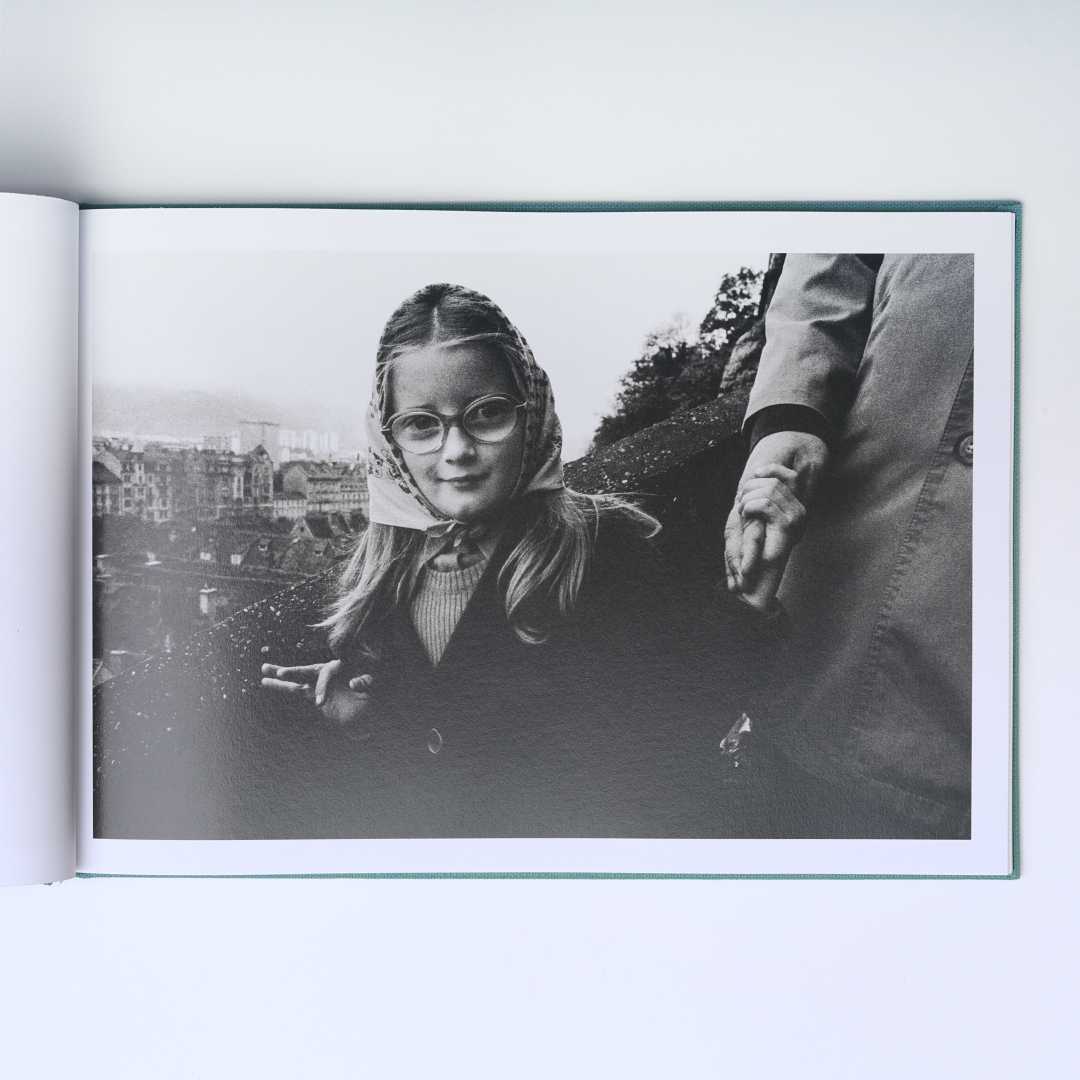 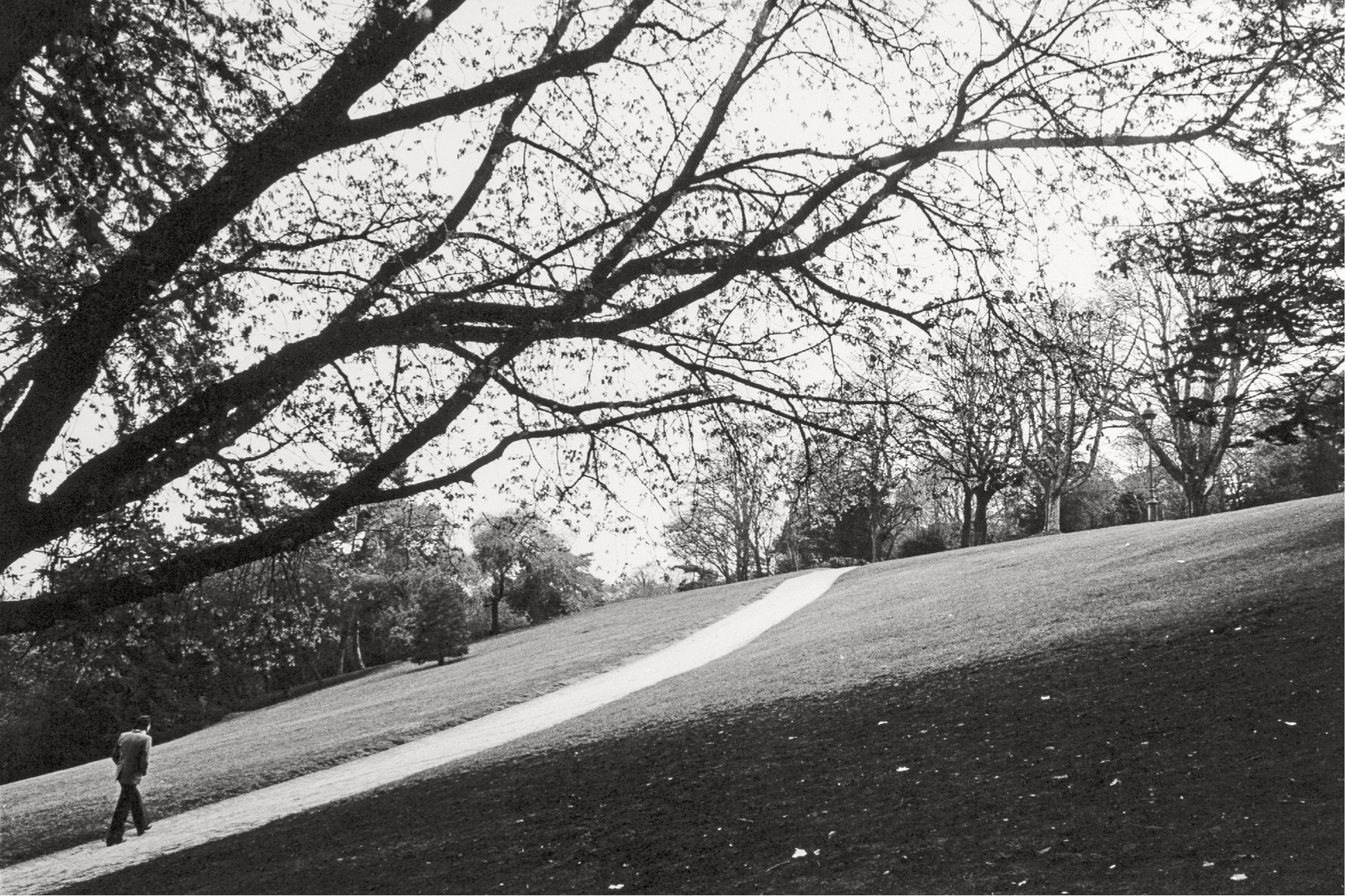 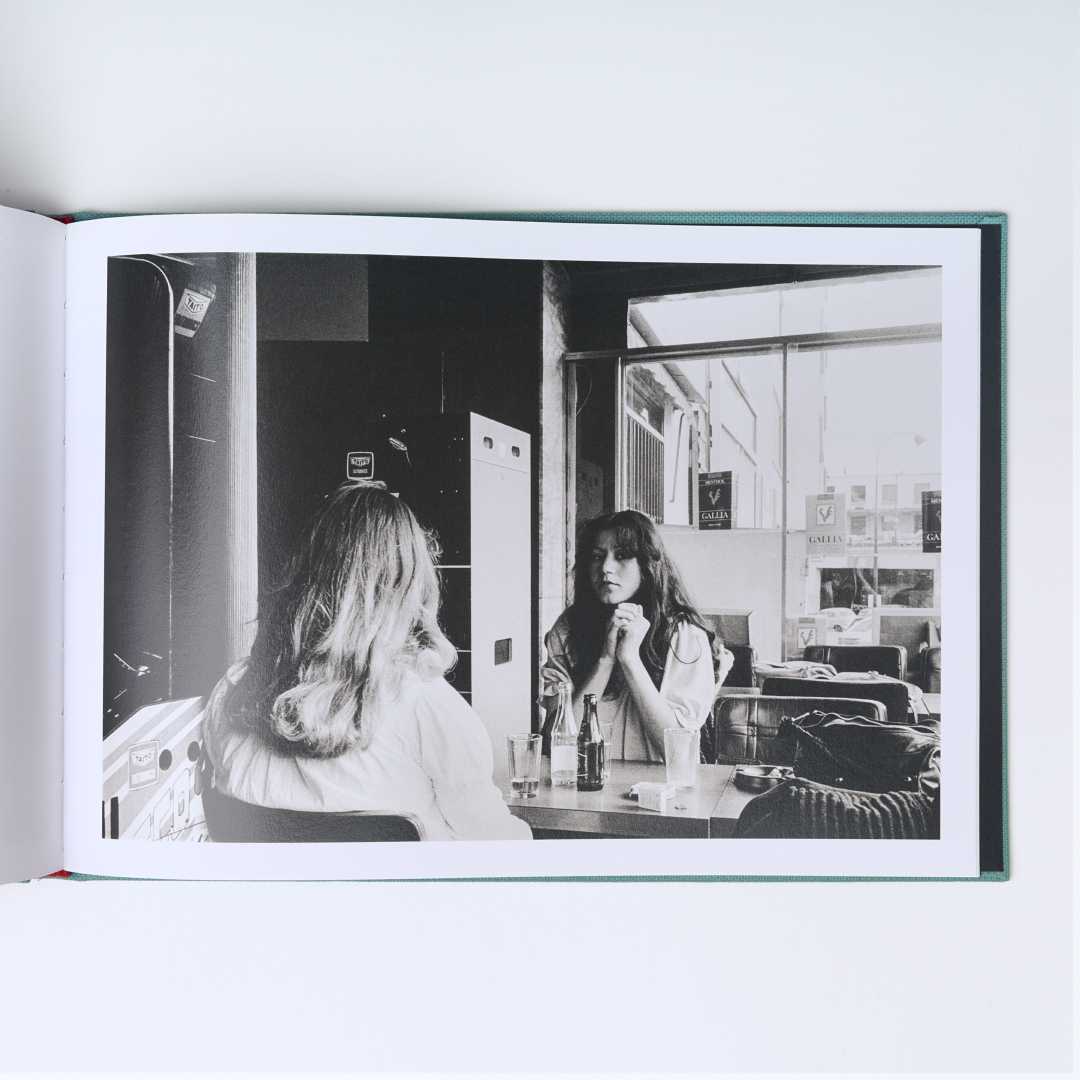 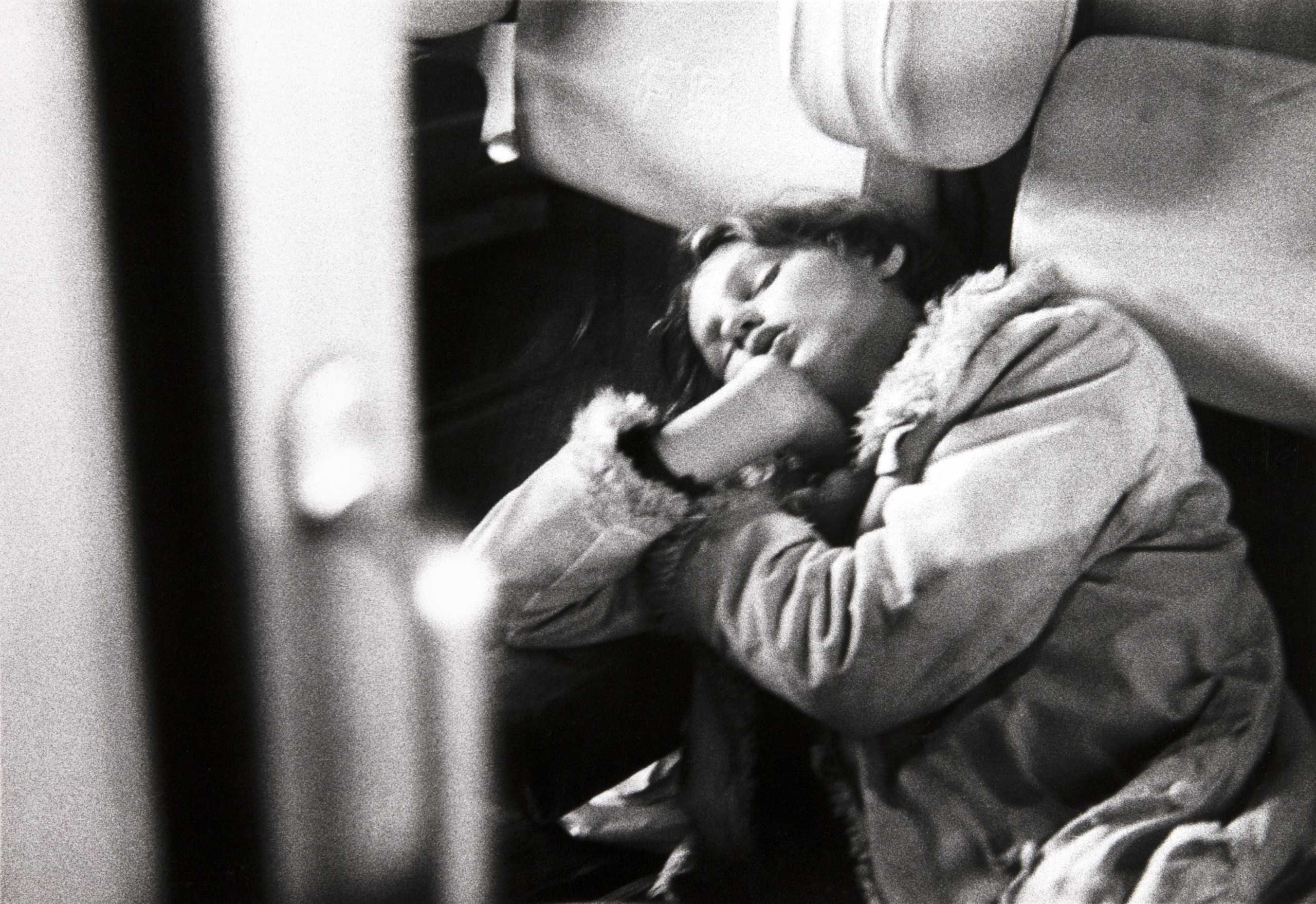 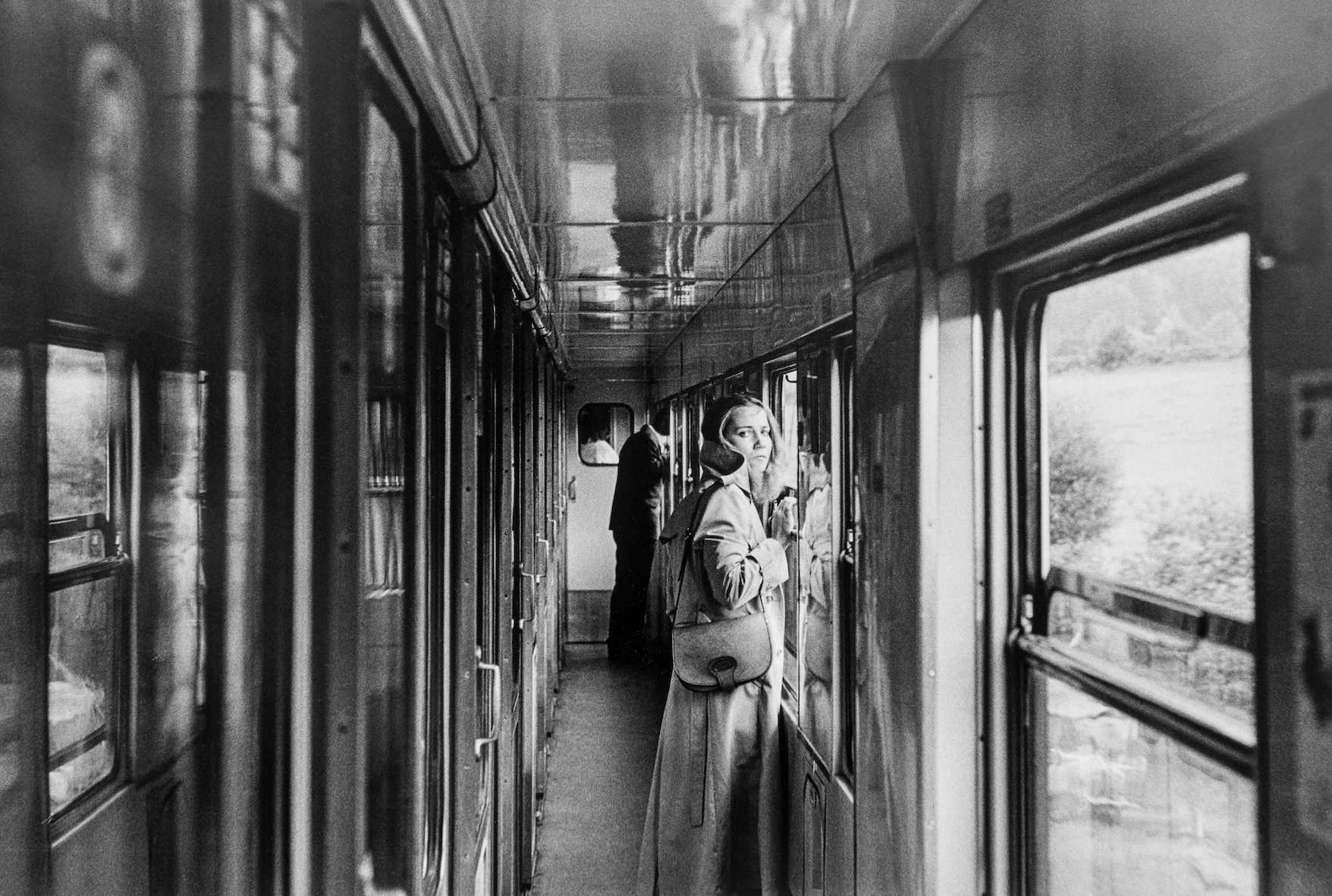 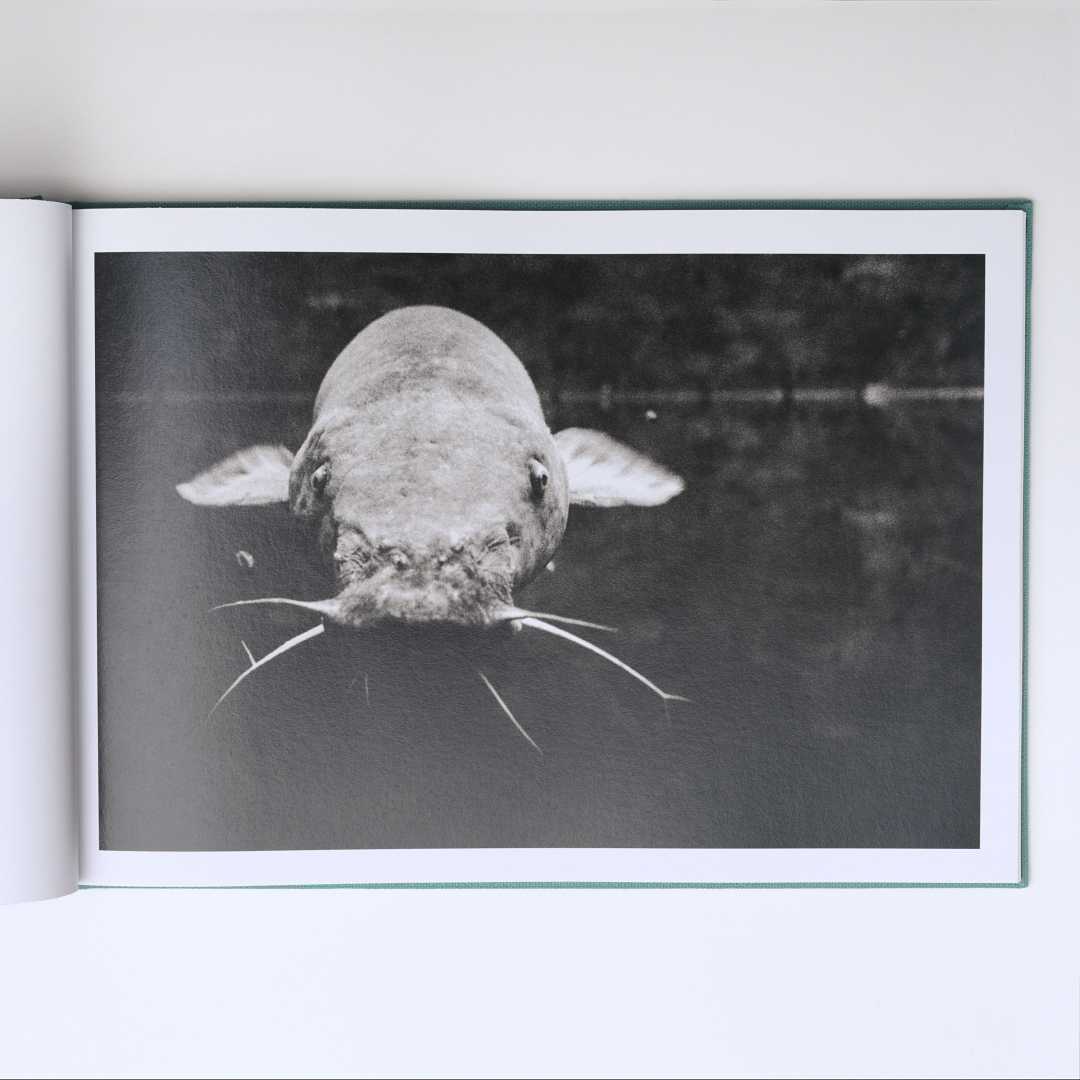 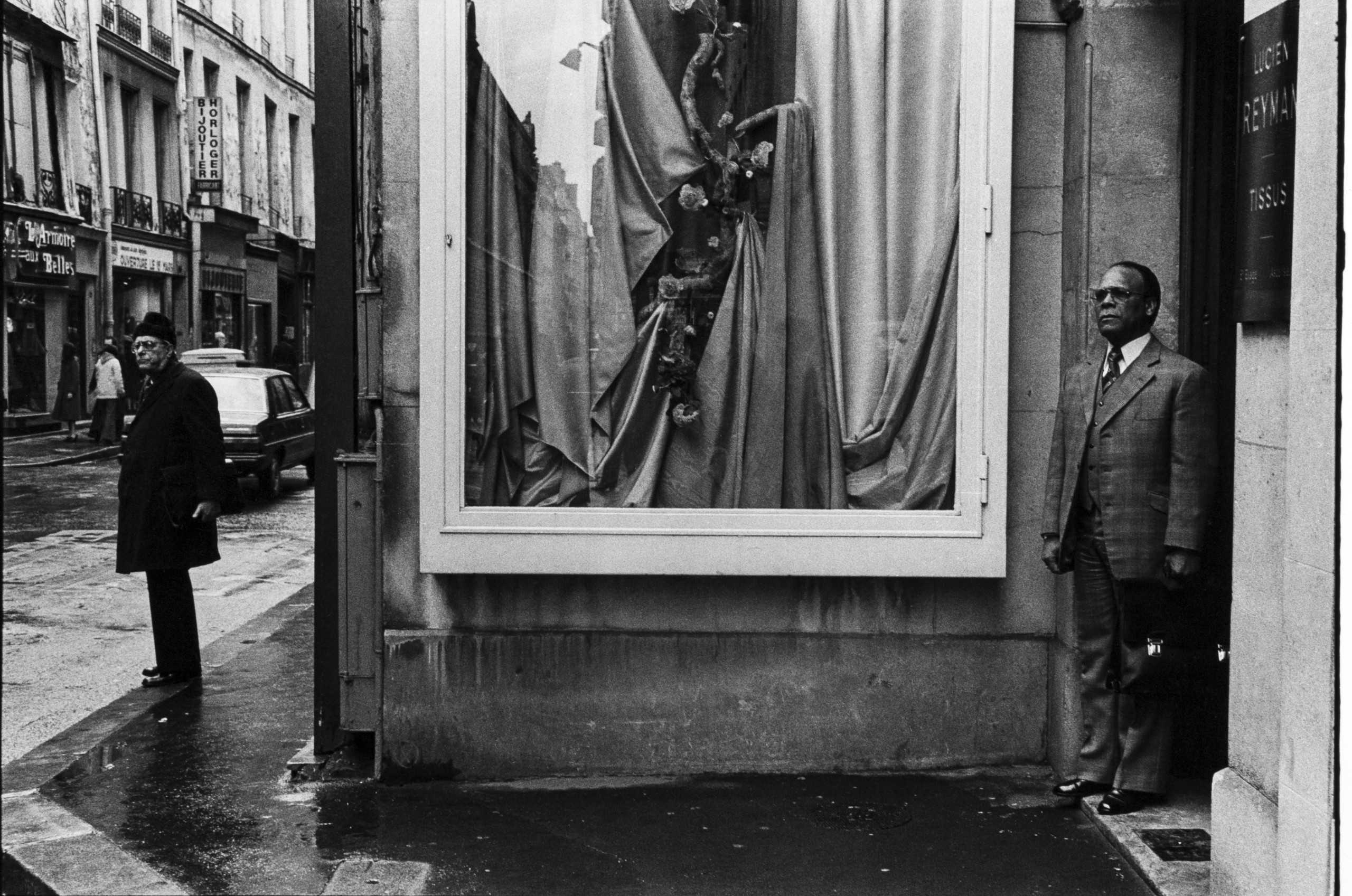 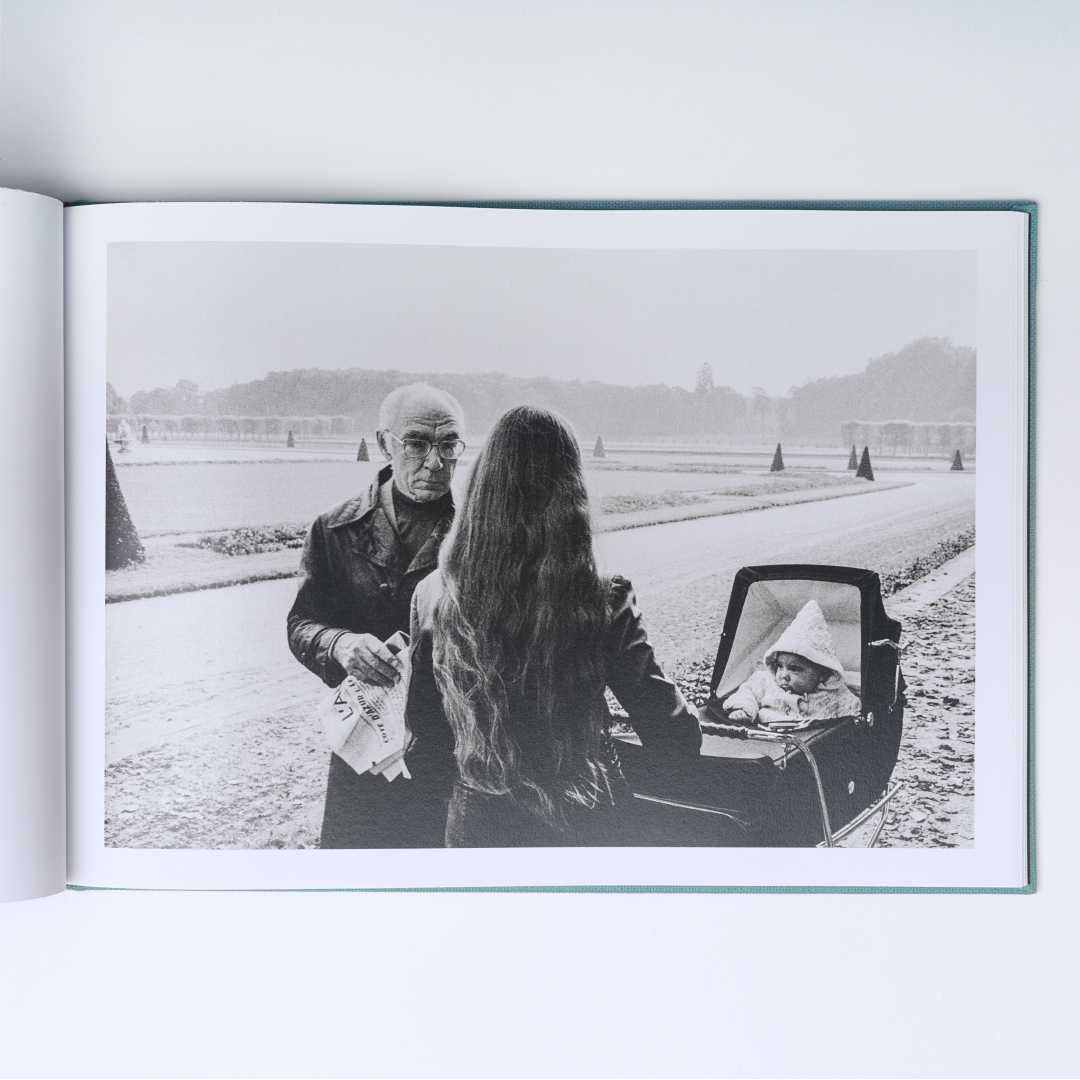 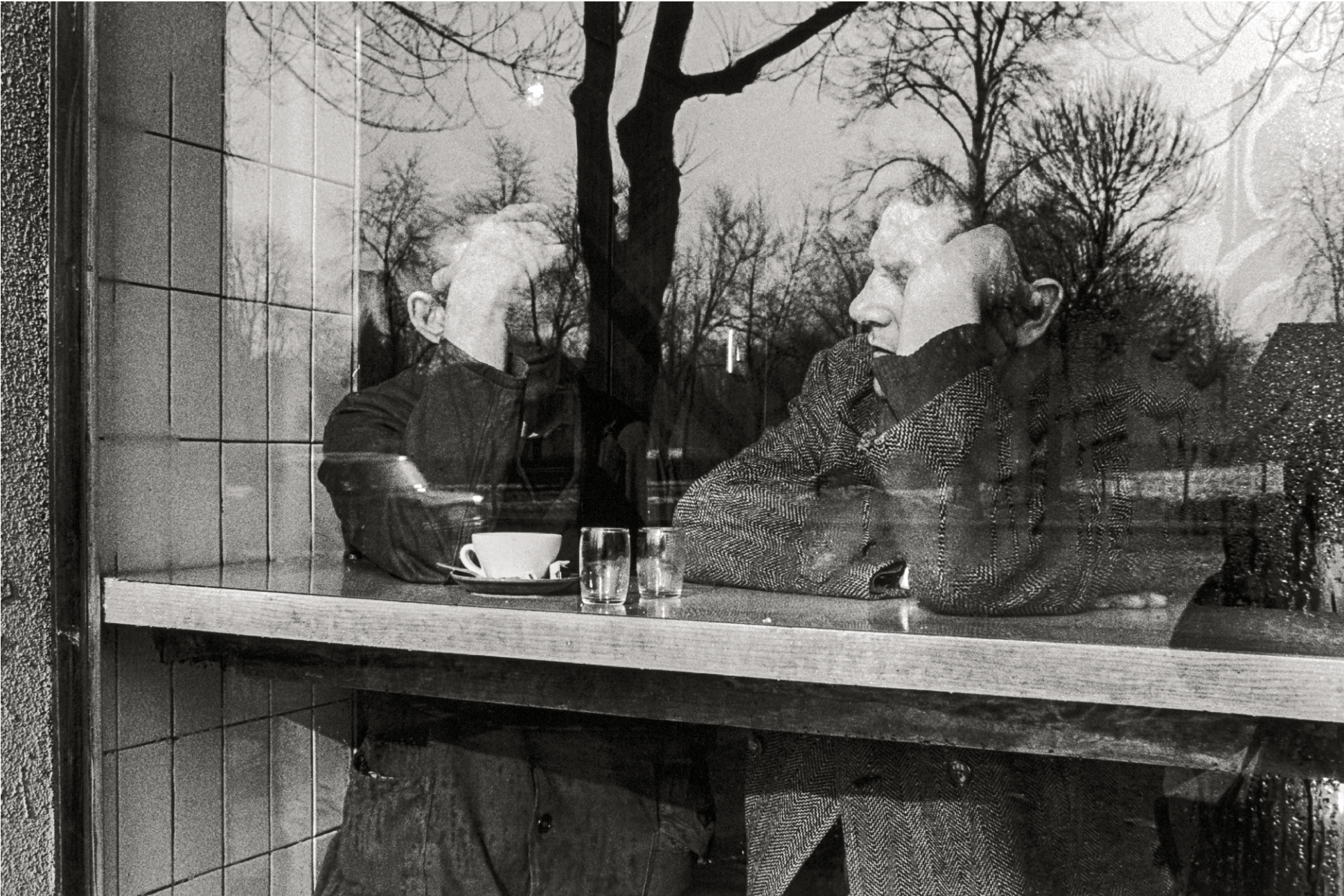 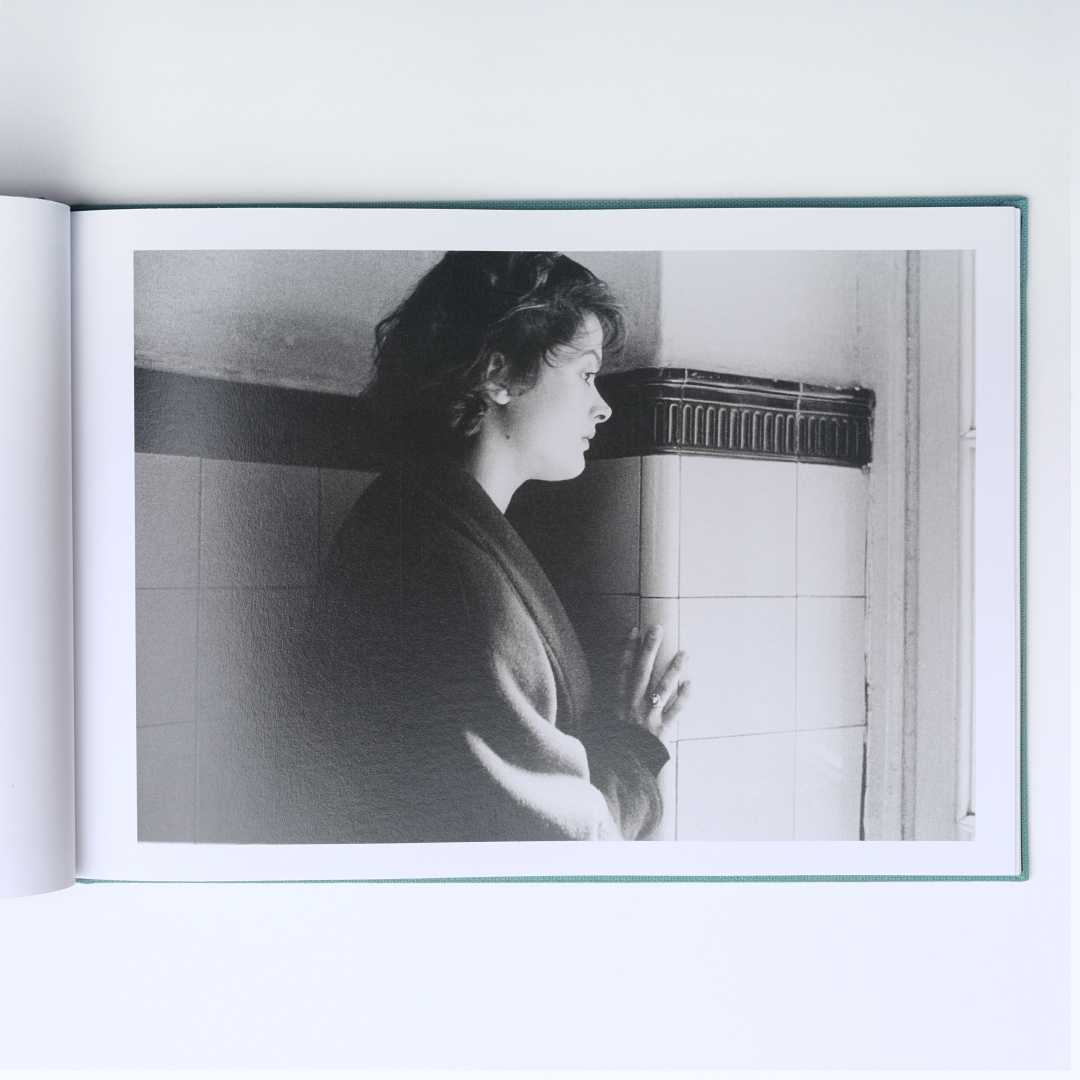 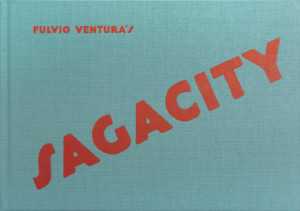 Conceived in 1975, the volume was expected as early as 1978, and printed by publishing house Punto e Virgola (founded by fellow photographer and adventure companion Luigi Ghirri). Due to Ventura’s dissatisfaction with the failed drafts, the book was postponed indefinitely. The current monograph, published by The Ice Plant, is the result of numerous meetings with the author before his death in 2020, and demonstrates Ventura’s expertise in uninterrupted observation. The blue linen book with red title, carries a selection of 33 black and white photographs that were taken over many decades throughout his life, in various locations around Europe, and comprises the open-ended project called ‘Sagacity, Sunstar and Salamandra’. The initial and complete title — which identifies three horses: son, father and mother — is an inscription he copied from a brass plate he discovered by chance in the window of a typography shop. 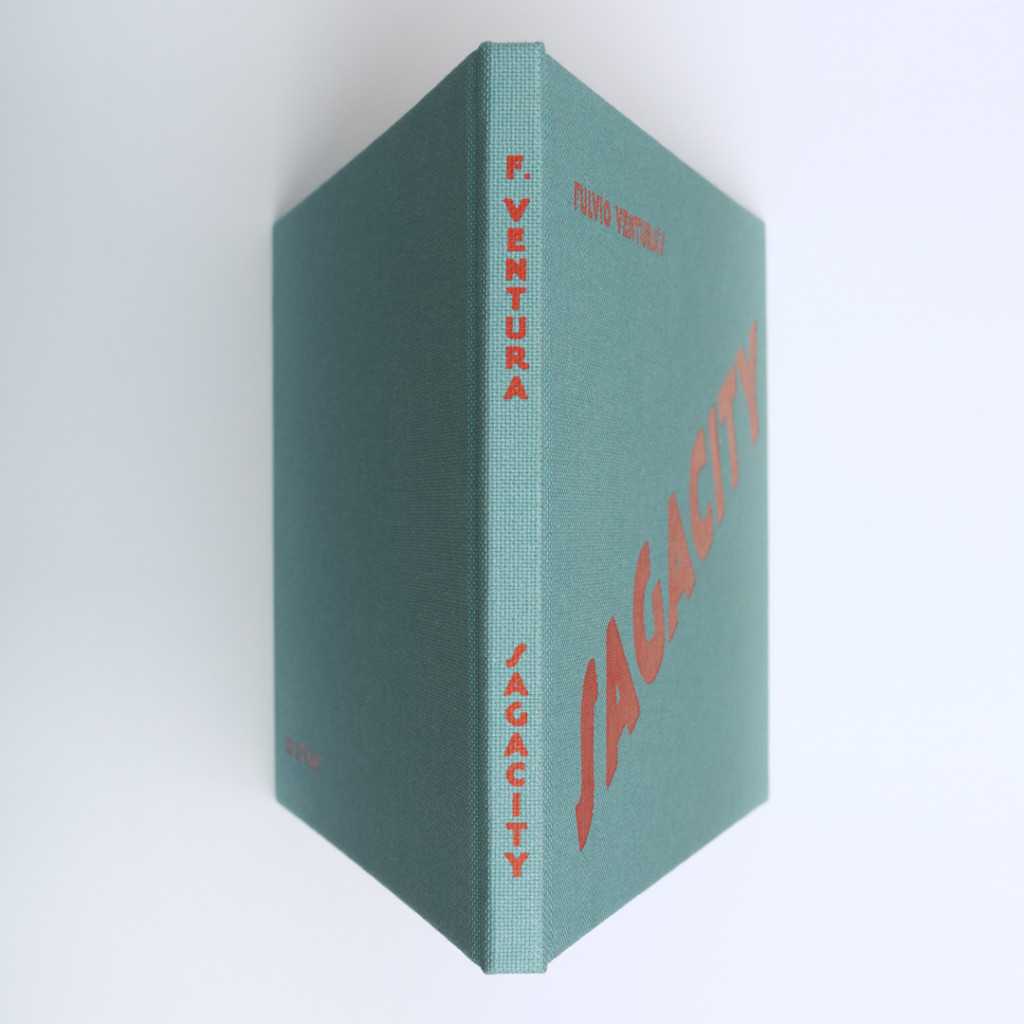 Ventura’s first encounter with the lens-based medium was Edward Weston’s book ‘My Camera on Point Lobos’ from 1950, which he stumbled across at the library during his college education years. After gaining his diploma, he enrolled in the Faculty of Medicine to specialize in psychiatry, however, after two years, he abandoned his studies and moved to Milan to start a philosophy course. At the age of 25, without getting a degree in either one of his chosen subjects, he finally began to pursue his true passion: photography.

Alongside many other projects, ‘Sagacity’ lived and aged with Ventura. The body of work changed constantly: new images were added, some were excluded, others stayed, but once part of the series, remained unchanged. Across 64 pages, Ventura explores different notions of the landscape; a central subject of his autonomous photographic work that coincided with his growing awareness of environmental and social themes. Concerned with the study of existence and the preservation of a paradisiacal, historical, unique and artistic landscape, he merged what he described ‘wild’ or ‘virgin’ nature and humanized terrains. He devoted his main attention to greenery and gardens, building vegetal scenarios with a refined slowness that metaphorically registered the complexity of the world entrusted to the flora and fauna. He believed that everything is animated and populated by mysterious presences, and that there is an intrinsic connection between all living things on the planet.

He once wrote: “Photographers too, have a soul, and when the two meet, wonders happen’’. 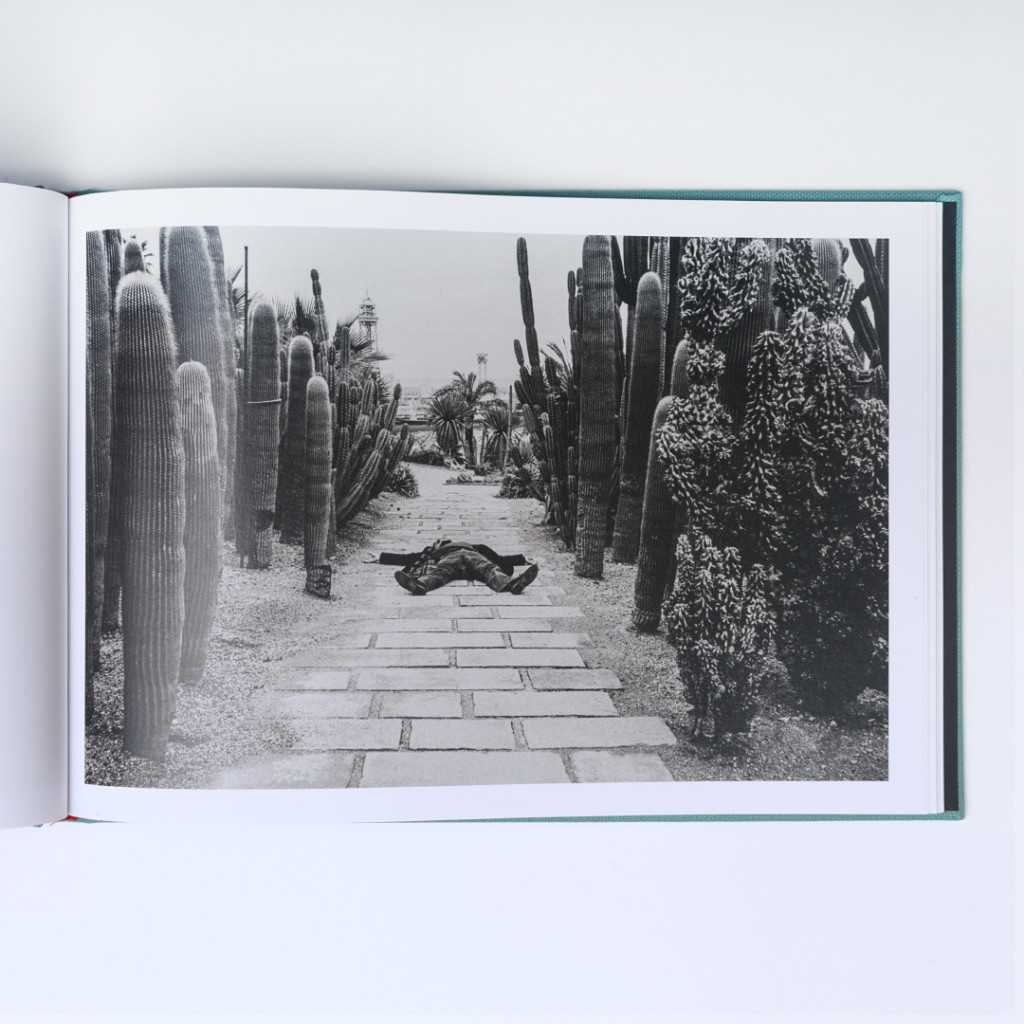 Through photography, he deciphers the enigmatic language of the trees, flowers, skies, clouds, hills, rocks, and waters, to make relevant the cultural and political responsibilities about certain alarming territorial changes and geographical conditions. Working as both an artist and a researcher, his animistic methods of creation hold dialogues with the graphics of ancient traditions, and are often based on the obsessive verification of the forms, lights, and shadows, through which he believed his subjects could be seen and represented pictorially, as places of apparitions. The images are inspired by Ventura’s evolving passion for philosophies, the enigma of coincidence, the sound of jazz, and the literature of surrealism and mythology.

In virtue of his quest for signs, clues, and paths, Ventura presents ‘Sagacity’ as a puzzling poem, governed by a feeling of mystery, of a dilated question. The book is at same time spontaneous and intentional, cryptic and playful. It has no immediate translation into verbal thinking, but relates to dreams; an altogether self-contained, spiritual and metaphysical world. 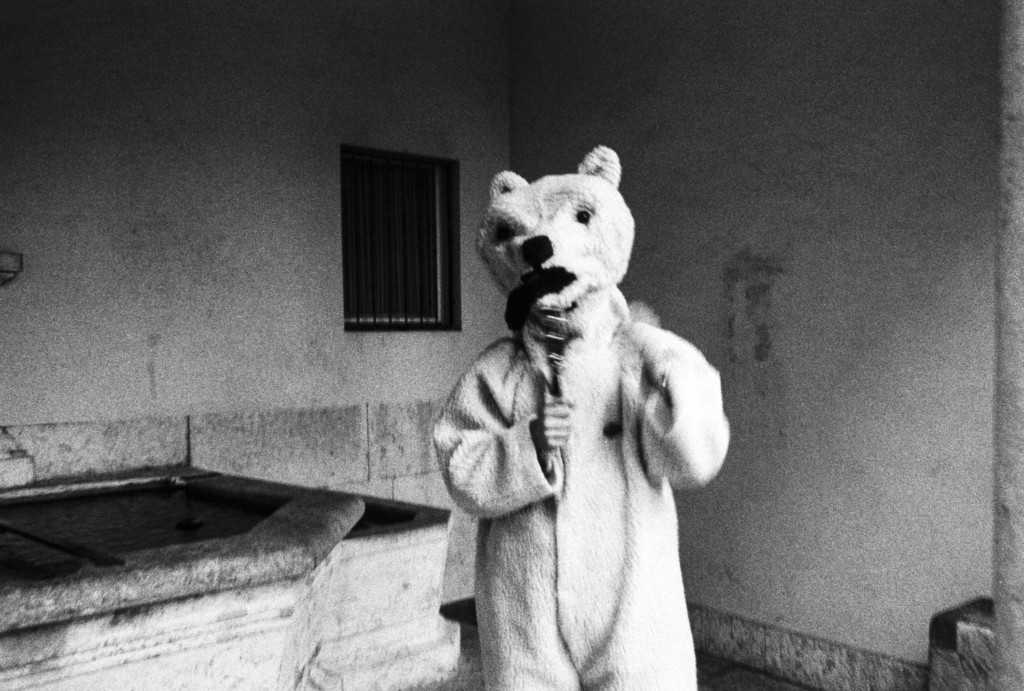 Fulvio Ventura briefly practised reportage photography between 1967 and 1968, until he moved on to research photography — a style he completely embraced for the entirety of his career. As consistent as he was with his way of image making, his preferred instrument of choice regularly changed throughout the years. He first started shooting in black and white with a Nikon camera, then later switched to a Leica, and eventually favoured the Mamiya RZ67, and his images in color. In 1979 he exhibited at the Rencontres in Arles and at the Gallery of the Bibliothèque Nationale in Paris, where many of his prints and a selection from ‘Sagacity’ are preserved to this day.

Order a copy of ‘Sagacity’ here.