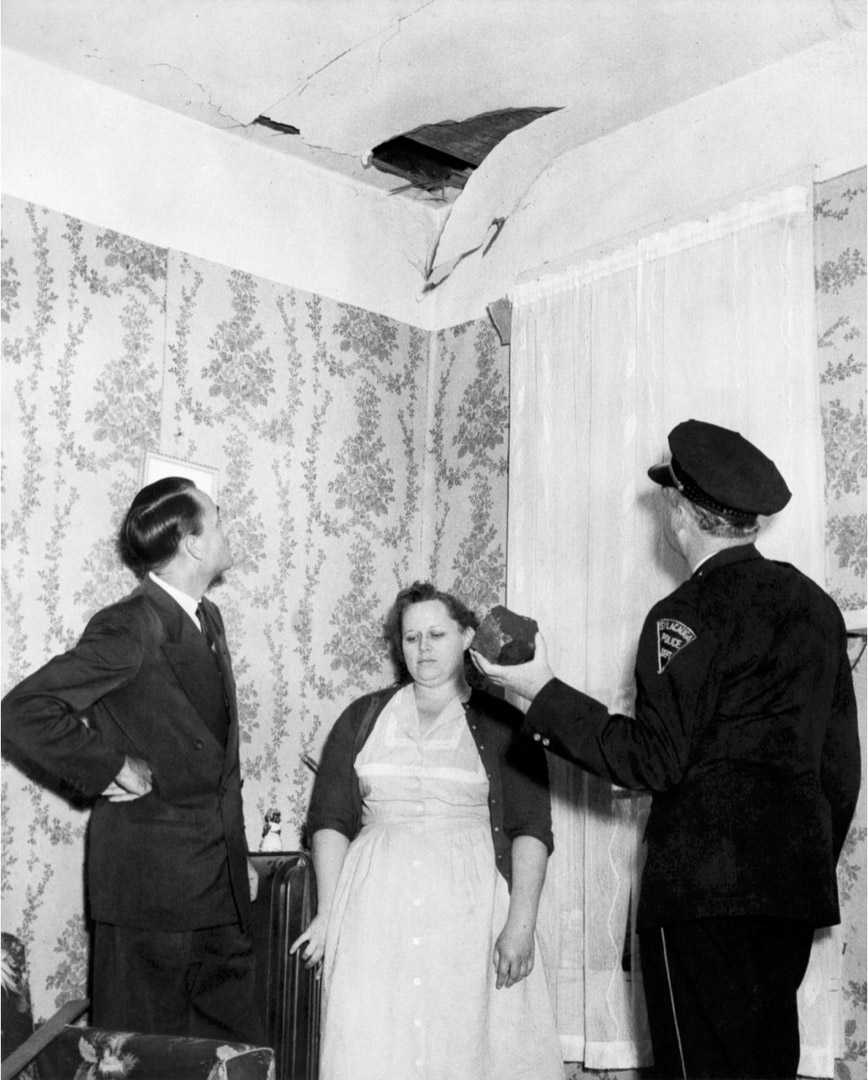 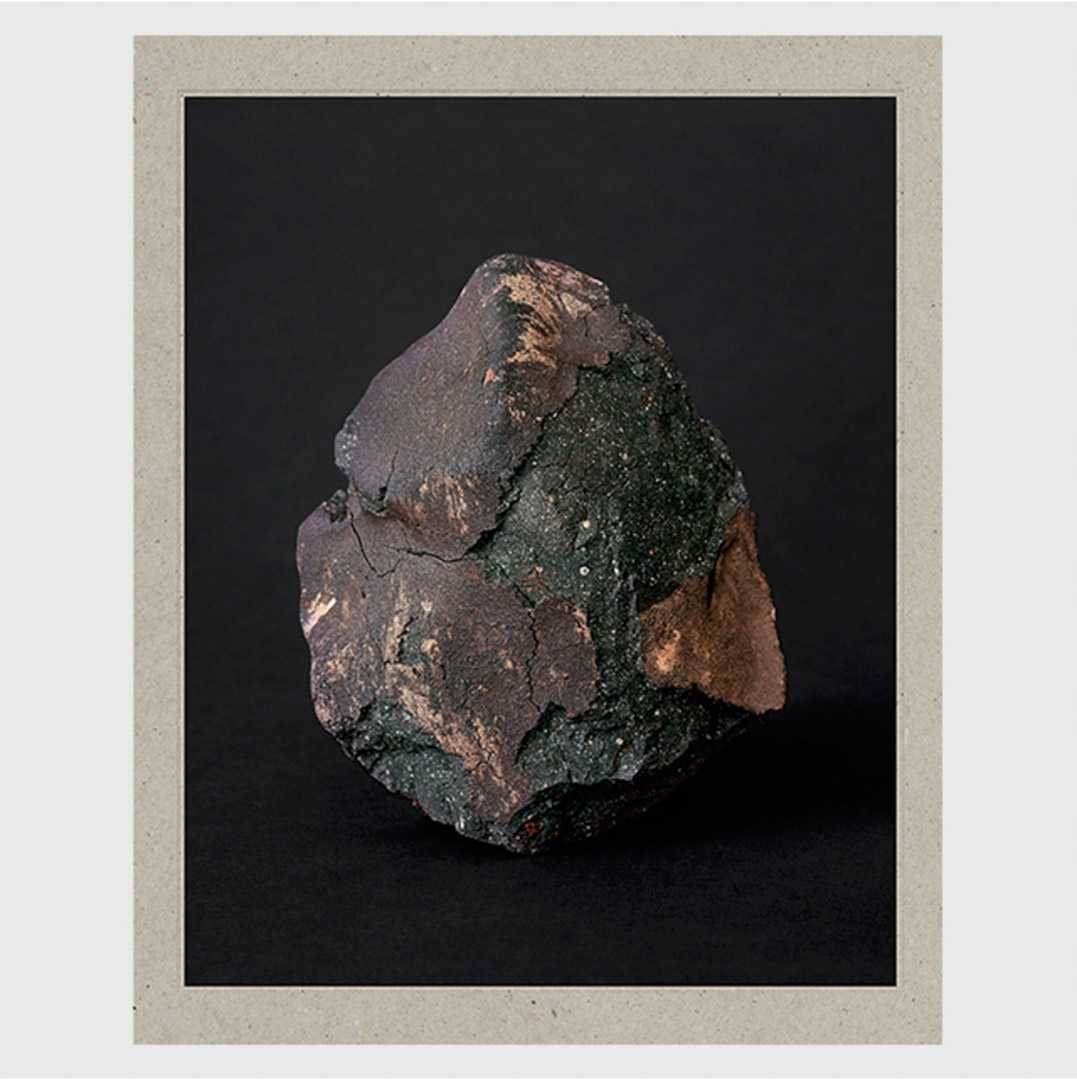 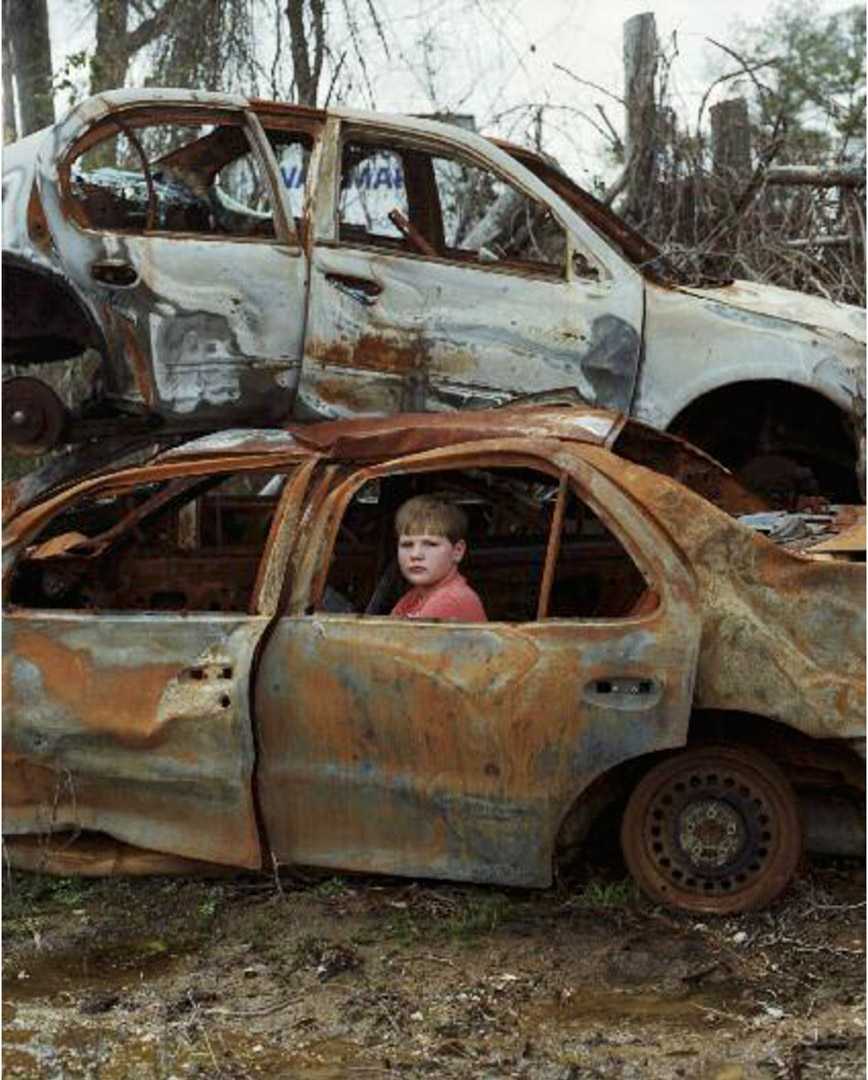 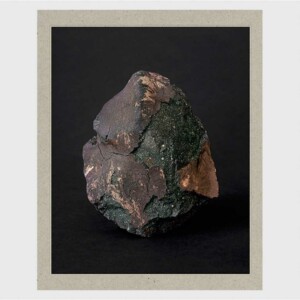 German photographer Regine Petersen’s (b. 1976) recent publication, Find a Fallen Star, looks at the places where meteorites have struck the earth, and the people who discovered them. Petersen’s fascination with meteorites started when she came across an image of a woman who was hit by one in Alabama in 1954. In this picture (reprinted in the publication) the woman is standing under a hole in her living room ceiling, while the mayor and a policeman (holding the meteorite in his hand) are looking up, as confused as the woman. Petersen went to the area to learn more about the story of the first officially recorded person to be struck by a meteorite.

The photo series that Petersen made during her trip became only the first part of Find A Fallen Star, which consists of three hardcover books held together in a slipcase. Besides the story in Alabama, she also made two other photo stories: one about a meteorite that fell in Germany in 1958, called Fragments, and one that struck India in 2006, called The Indian Iron.

During her trips Petersen took tranquil colour images of cars, kids, puppies, pieces of meteorites and the moon among other things. Instead of the finders of the meteorites, the locations where the finders live or used to live, play the central role in these photos. In one of the images, a boy is playing in a rusty car wreck in a junkyard, whom Petersen photographed near the Alabaman woman’s grave. The boy’s red shirt and hair make him the lively centre in a yard full of rust. The connection to meteorites, like in many other photos, is only circumstantial (the first woman to be struck by a meteorite is buried near the junkyard), and suggestive, with the rusty colours that are not unlike the colours of meteorites. The landscape photos are just as suggestive: some are looking up at the sky, where the meteorites could fall from, other photos are looking down at the ground, where the meteorites might have struck the earth – and Petersen photographed other small things that she found there, like frogs and puppies.

In accompanying interviews, Petersen tries to fathom the lives and stories of the people that witnessed a meteorite fall, but she ends up with vague stories and contradicting information on the first finder or the exact location. The photos don’t give answers either, they merely add to the mystery of what meteorites might have meant to the people and landscapes that were struck by them. With this mix of Petersen’s own images, found photos and documents, and interviews, Find A Fallen Star is a vivacious photo story on the fallibility of memory and the impossibility of one all-encompassing story.