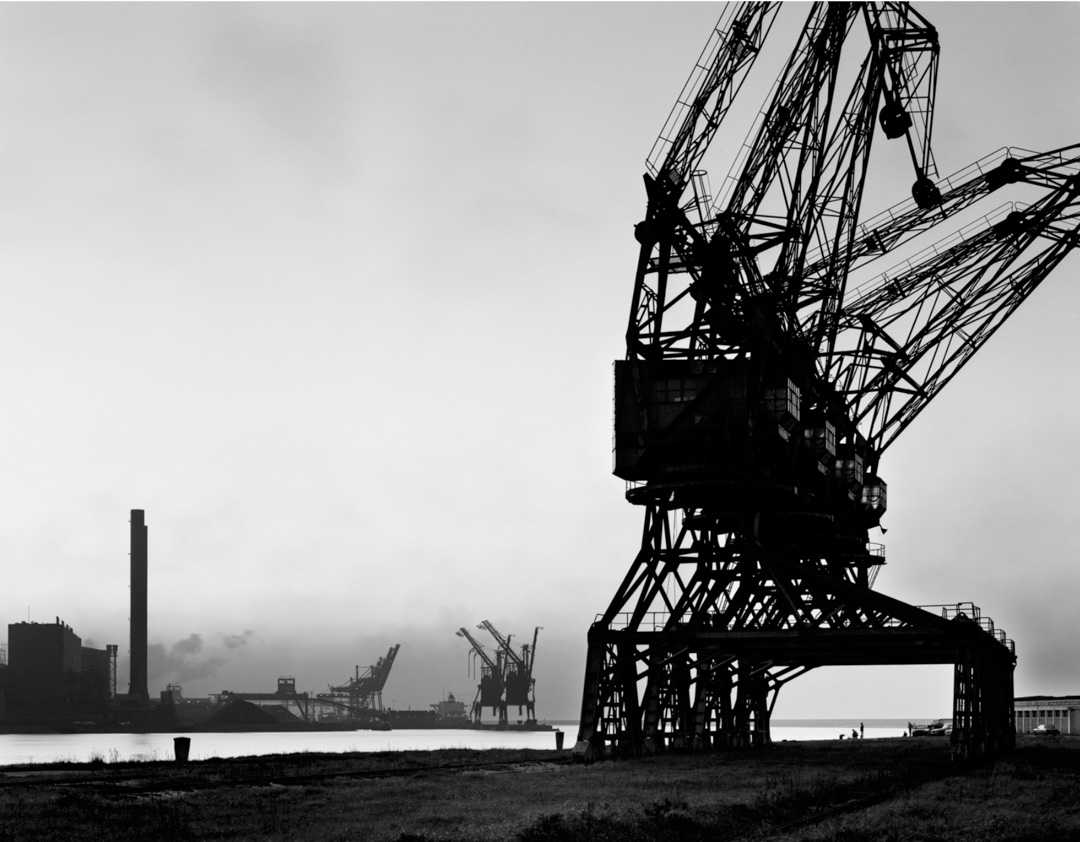 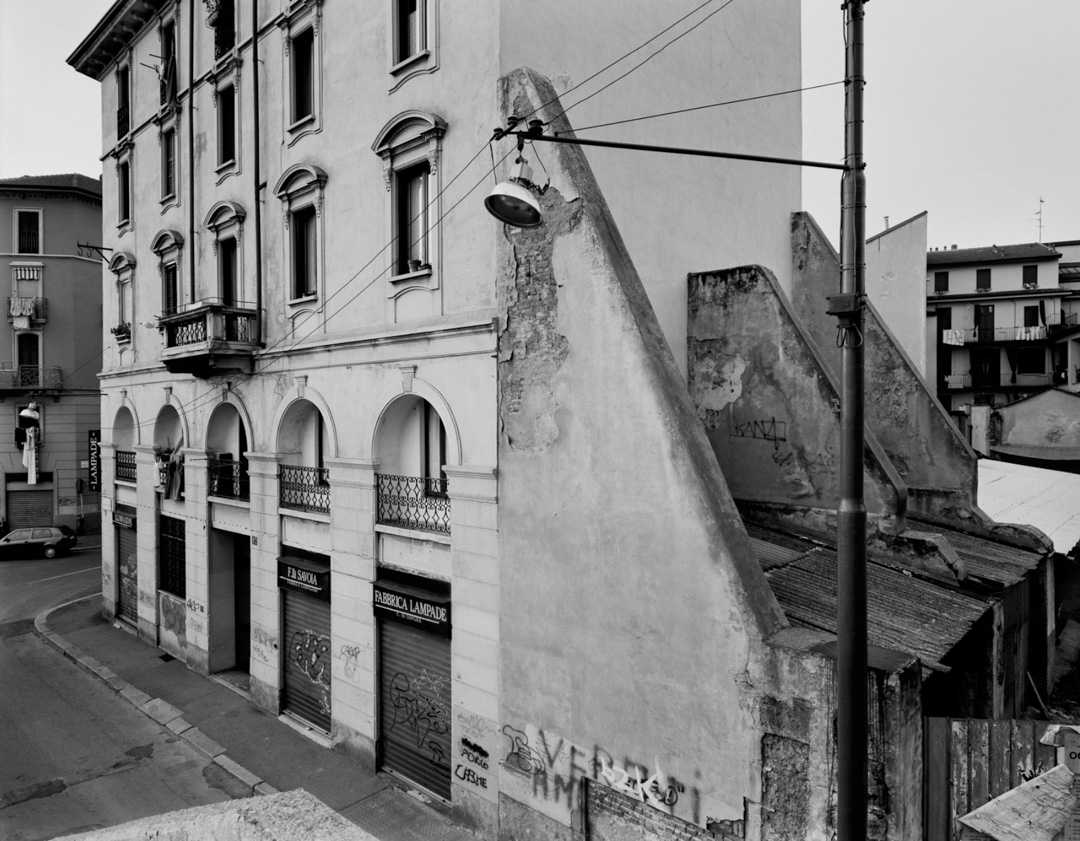 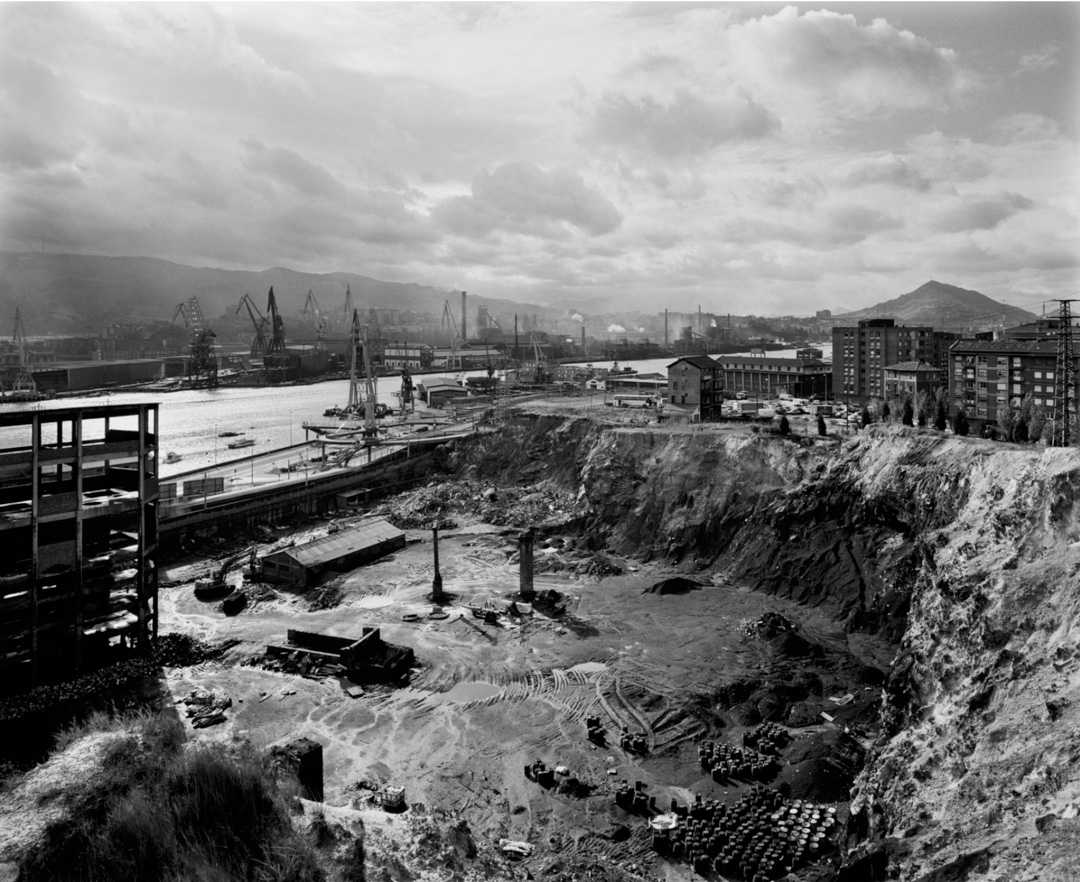 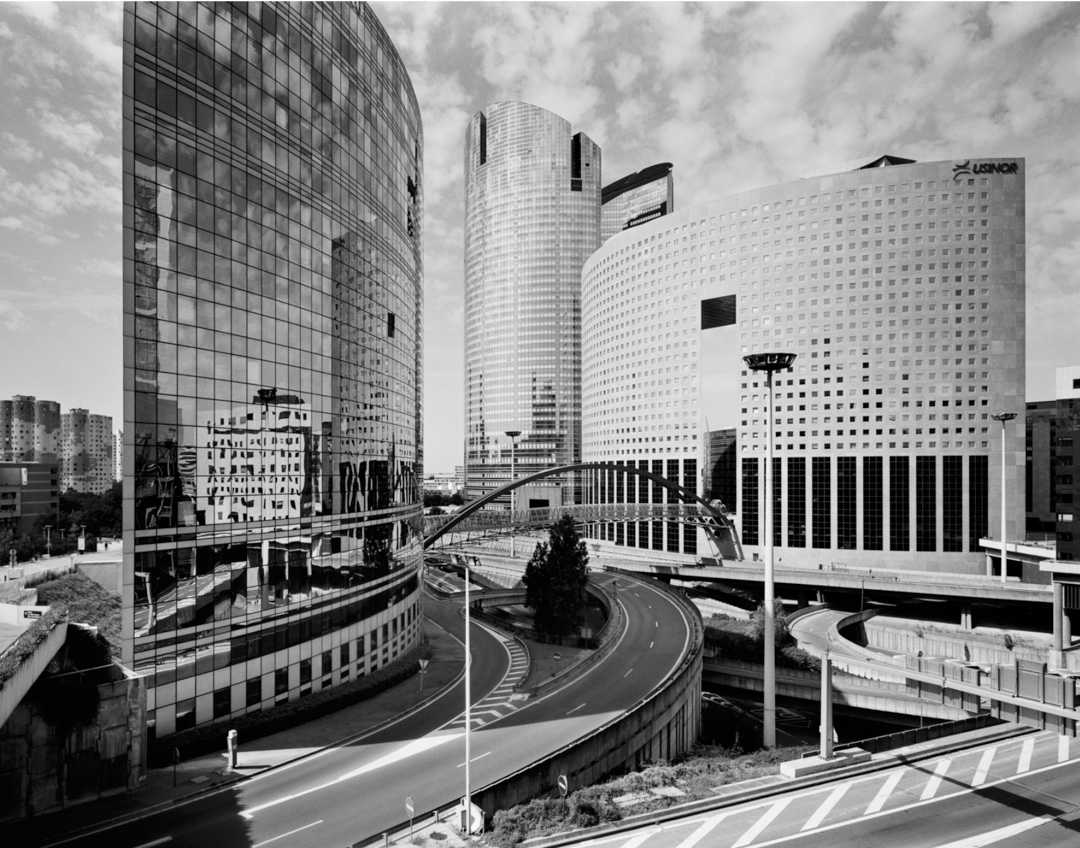 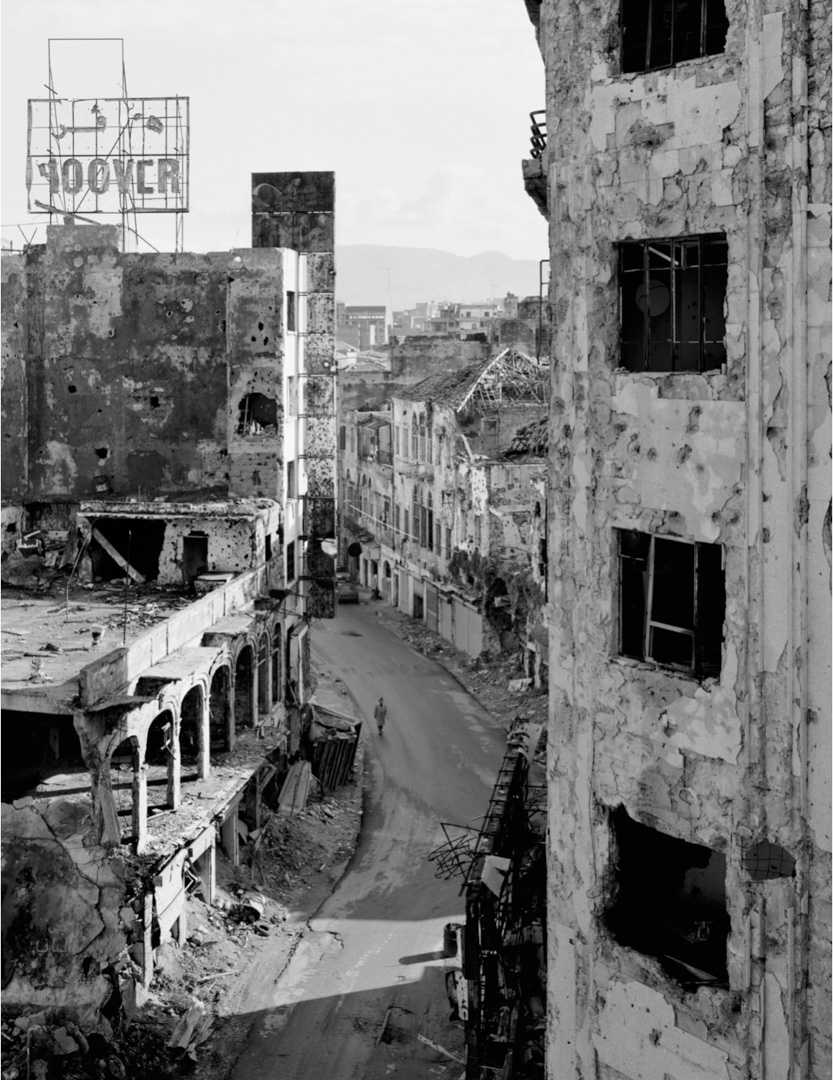 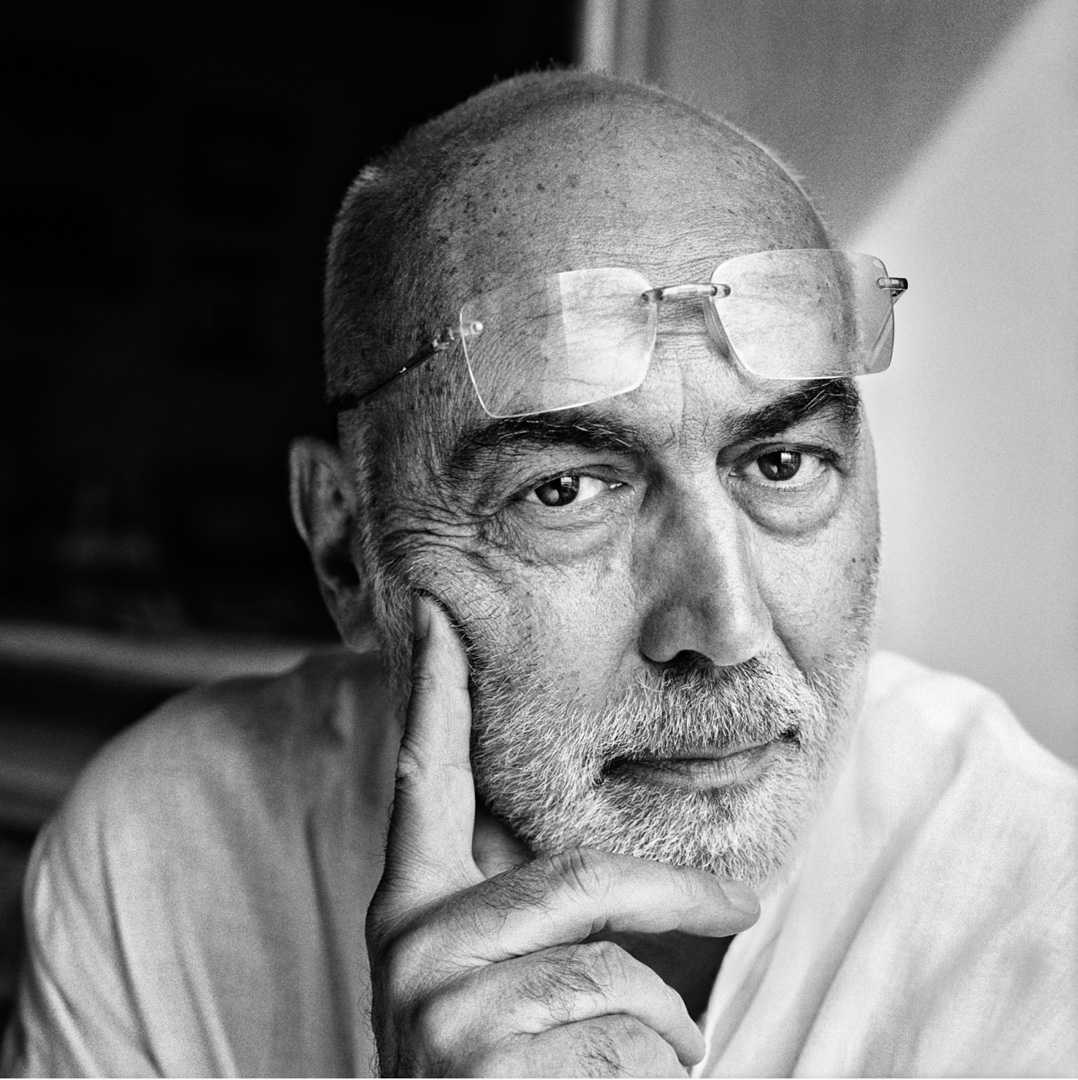 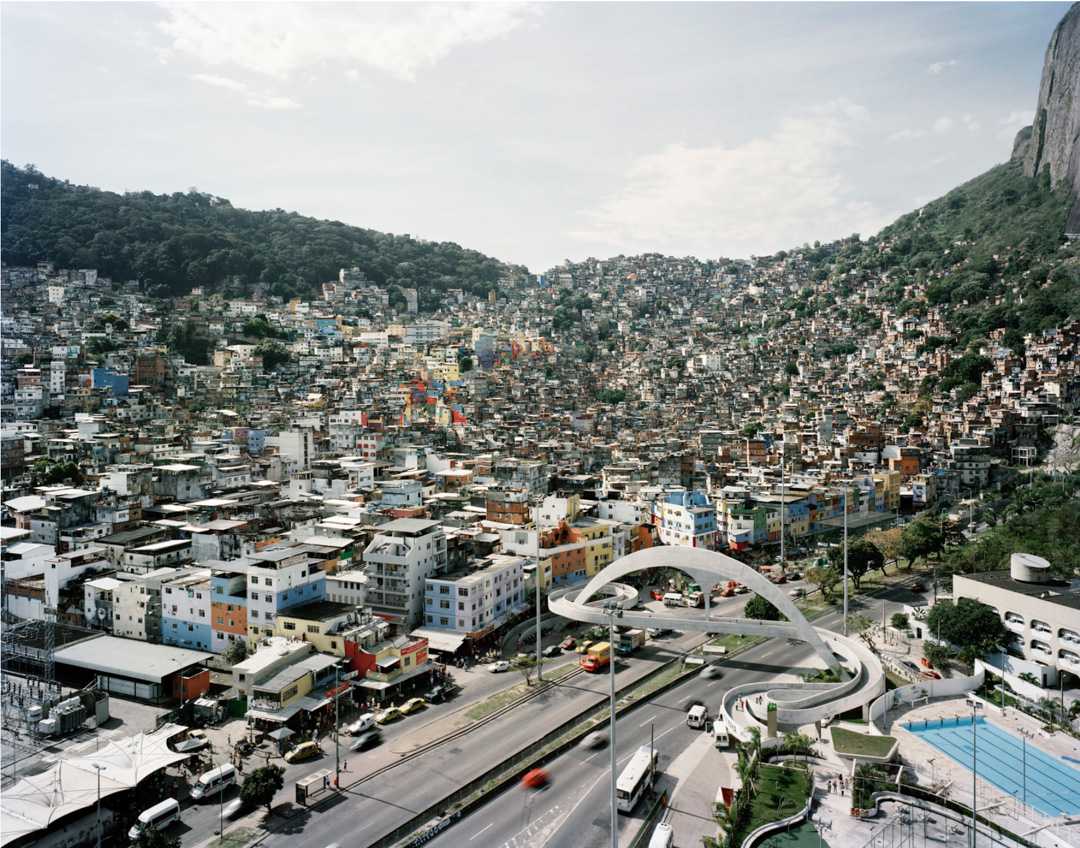 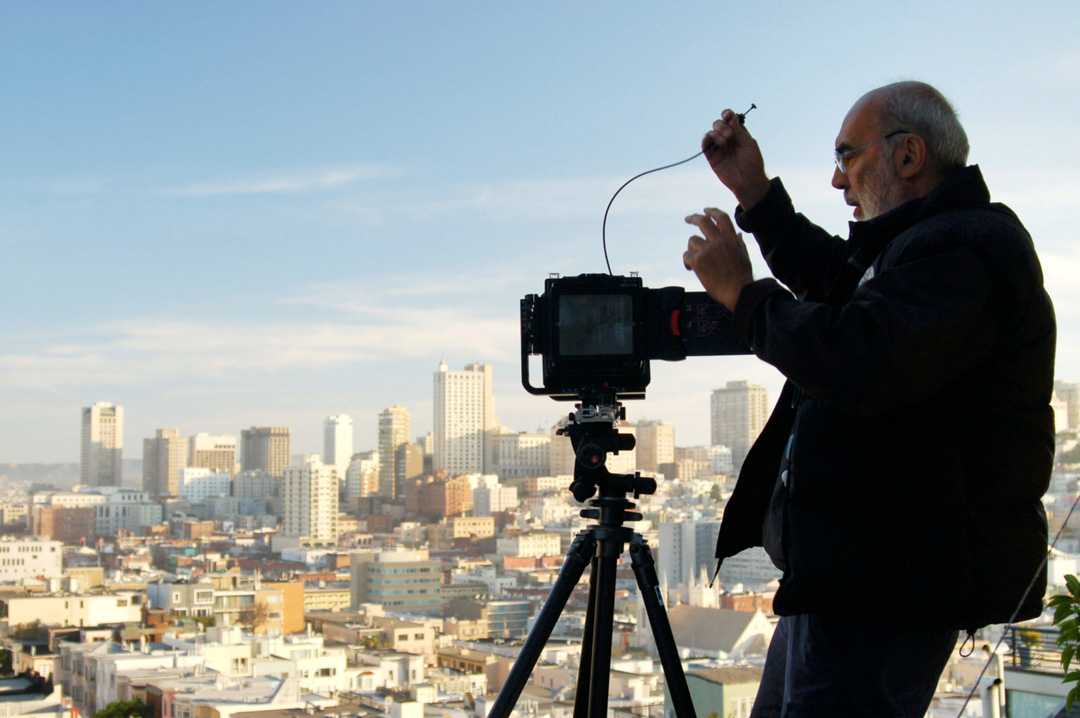 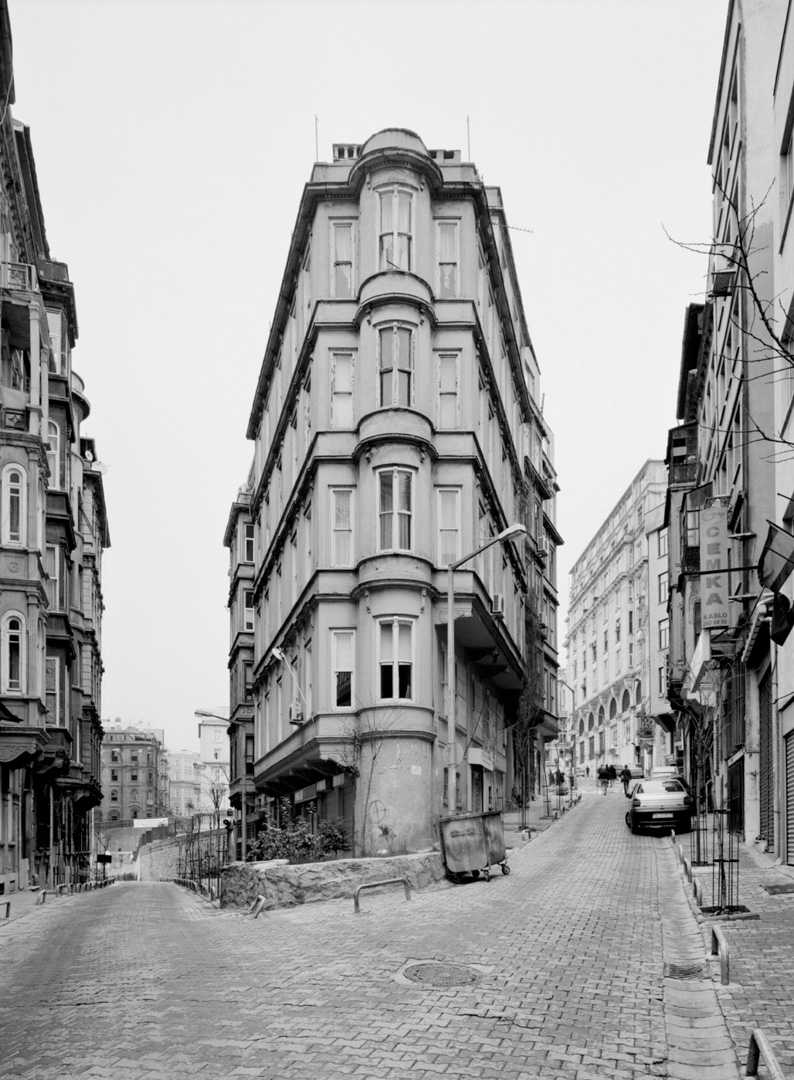 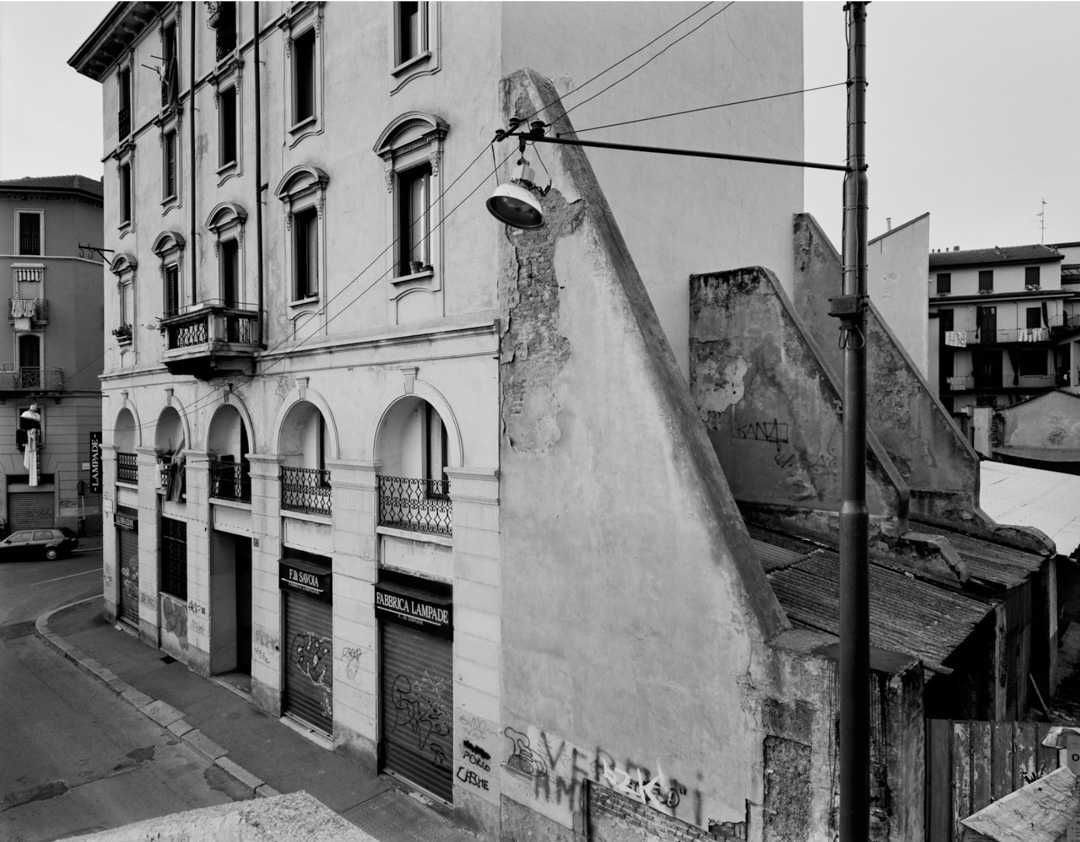 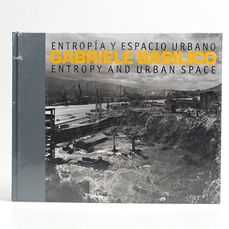 Urban evolution is the hallmark of Italian photographer Gabriele Basilico’s (1944-2013) photobook Entropy and Urban Space. Through landscape and architectural photography taken over a period of 31 years, Basilico captures the way that cities around the world change in a variety of ways – due to conflicts, new developments, and naturally with the passage of time. Basilico’s work sheds light on how much we transform cities and how deeply these changes affect us. Entropy and Urban Space, which is a catalogue based on the exhibition at Museo ICO in Madrid, is split up into five sections each of which revolves around a theme or location.

In his first section, Milan Factory Portraits, Basilico captures the different forms of Milan’s industrial architecture. The black and white photographs of this section range from close-ups of water tanks to shots of entire buildings taken from a distance. The lack of people and cars on the streets in front of the buildings allows for us to focus solely on the architecture of each of them. Rather than looking at the building structure as a part of the city, Basilico provides the space for seeing the circular and square forms of the architecture in their own light.

Basilico then shifts our attention away from city factories toward seaports in the next section, which is comprised of photographs overlooking the coastlines of France, the Netherlands, Germany, Spain and Italy. From panoramic shots capturing the port, coast and homes in Le Treport to close ups of traffic lights in Rotterdam, the photographs show a variety of places and objects that are found in coastal cities. By showing the houses and buildings in the context of the neighbouring sea, Basilico draws our attention to the utility of constructing our cities close to trading ports.

The third section consists of photographs of Beirut in 1991. The decayed buildings and dirty garbage-filled streets show the ruin that the city became after the many conflicts there between Muslim and Christian communities. Interestingly, in the first half of this section – the photographs are in black and white, while in the latter part of the section the images are in colour. The shift from black and white photographs to colour images stands out. The green shrubbery growing out of the dilapidated buildings testifies to the fact that nature remains resilient even when humanity falls apart.

In contrast to the images of Beirut, Basilico’s photographs of Italian cities testify to the strength of the country, as opposed to just nature. The fourth section of Entropy and Urban Space consists of images of and near railways in Italy. Each page in this section features a different city and specifically black and white photographs of different train tracks and roads. The fact that the focus of these photographs is on the transformation of industries expresses a sentiment of nostalgia for the time when these changes were at the forefront of everyone’s mind rather than the technological transformations that preoccupy us today.

Basilico can be seen as overcoming or looking past his nostalgia in the final section, In Other Cities, wherein his photographs centre around the post-industrial nature of cities. This phenomenon is seen through the shiny high-rise buildings in Paris and the futuristic domes in Valencia. The photobook ends with panoramic landscape shots of Shanghai, Moscow, and San Francisco, three cities that are all tremendously technologically innovative, reinforcing the idea that Basilico is capturing the 21st century city.

Basilico’s decades spent capturing the way factories change form and the way urban environments shift their shapes testifies to the impact these transformations have on us. Likewise, his photographs, particularly the post catastrophe Beirut images, illuminate how much we affect these spaces.

Entropy and Urban Space is available from Museo ICO in Madrid, where the retrospective will be on display as part of PHotoEspaña until September 10, 2017.