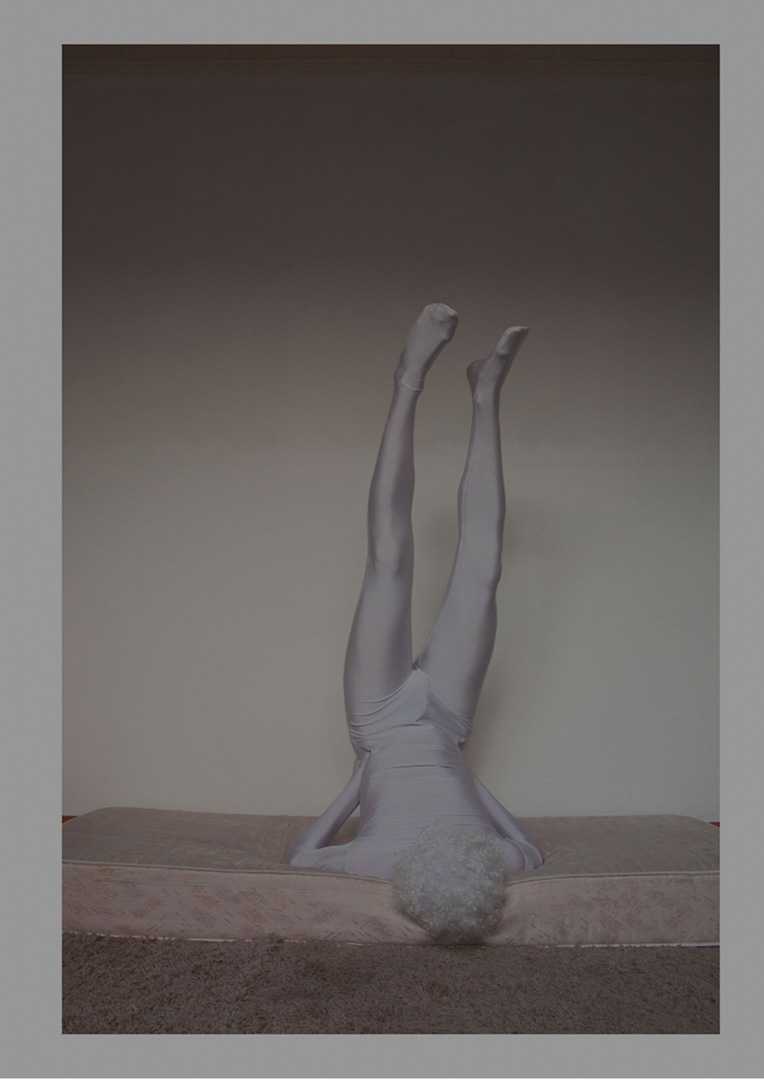 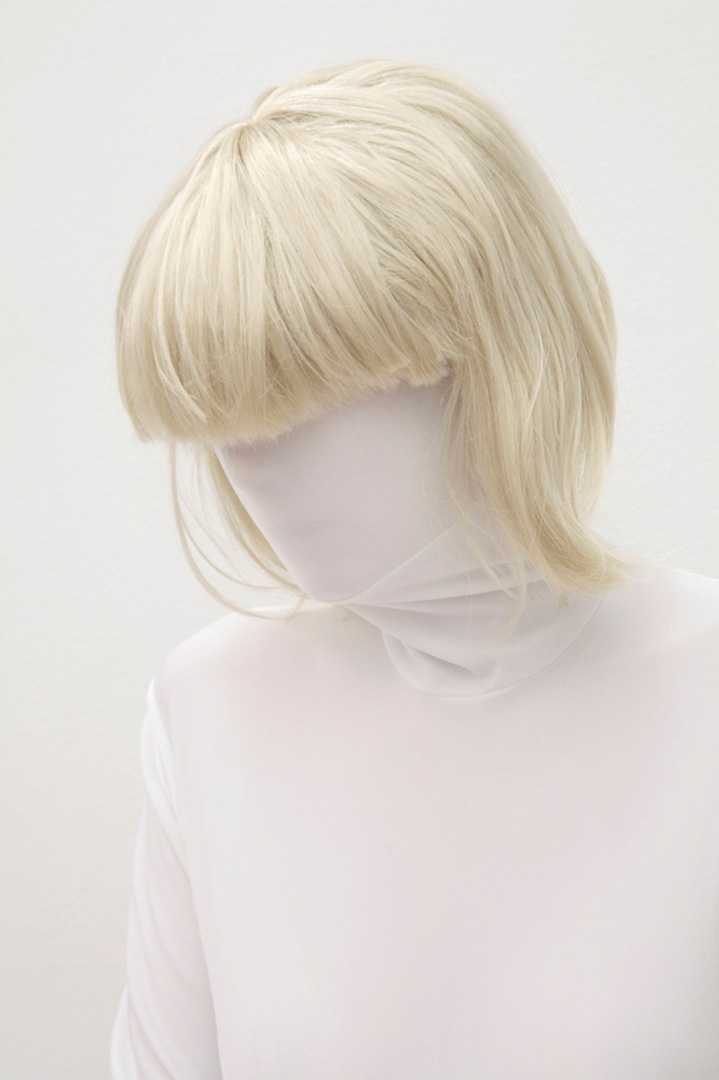 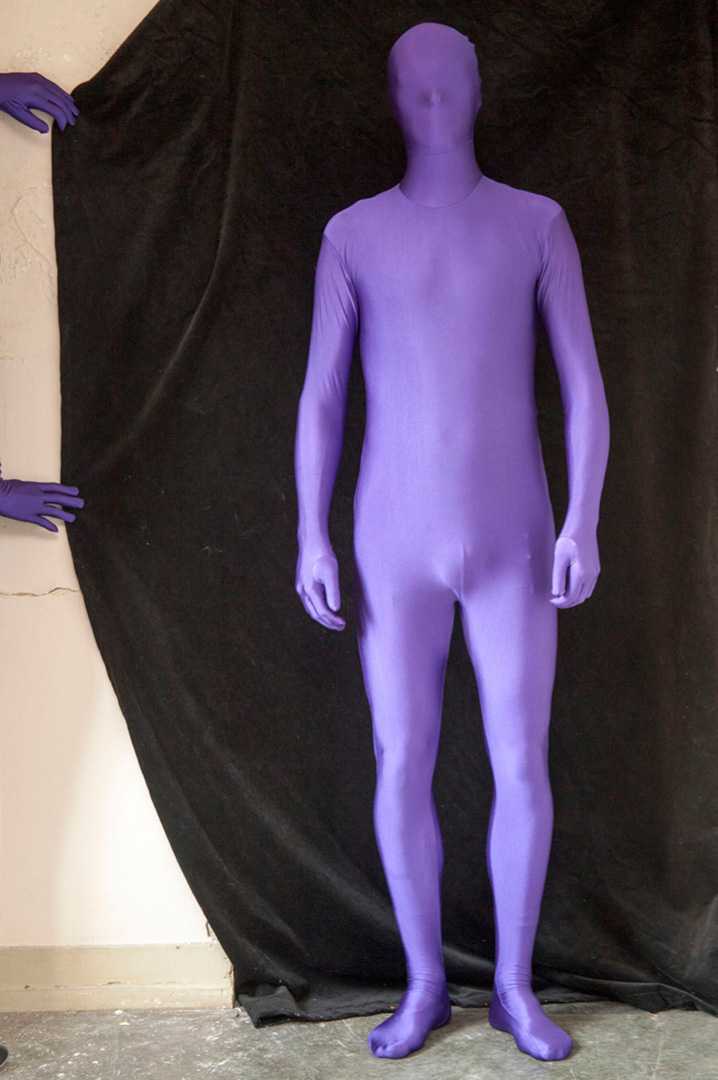 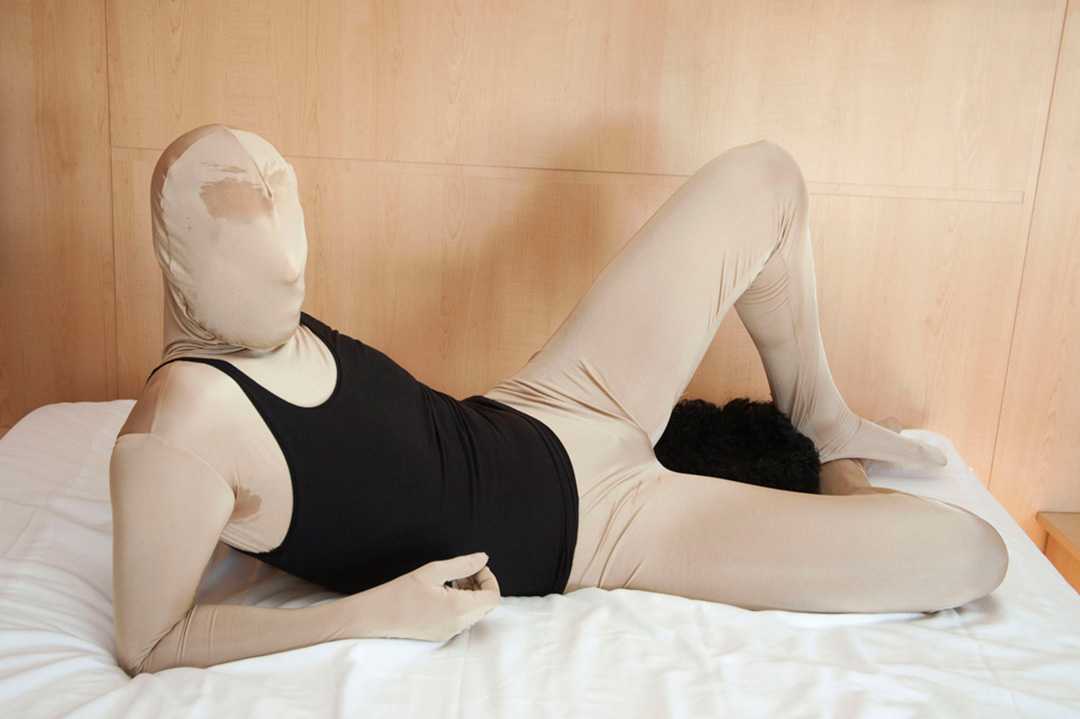 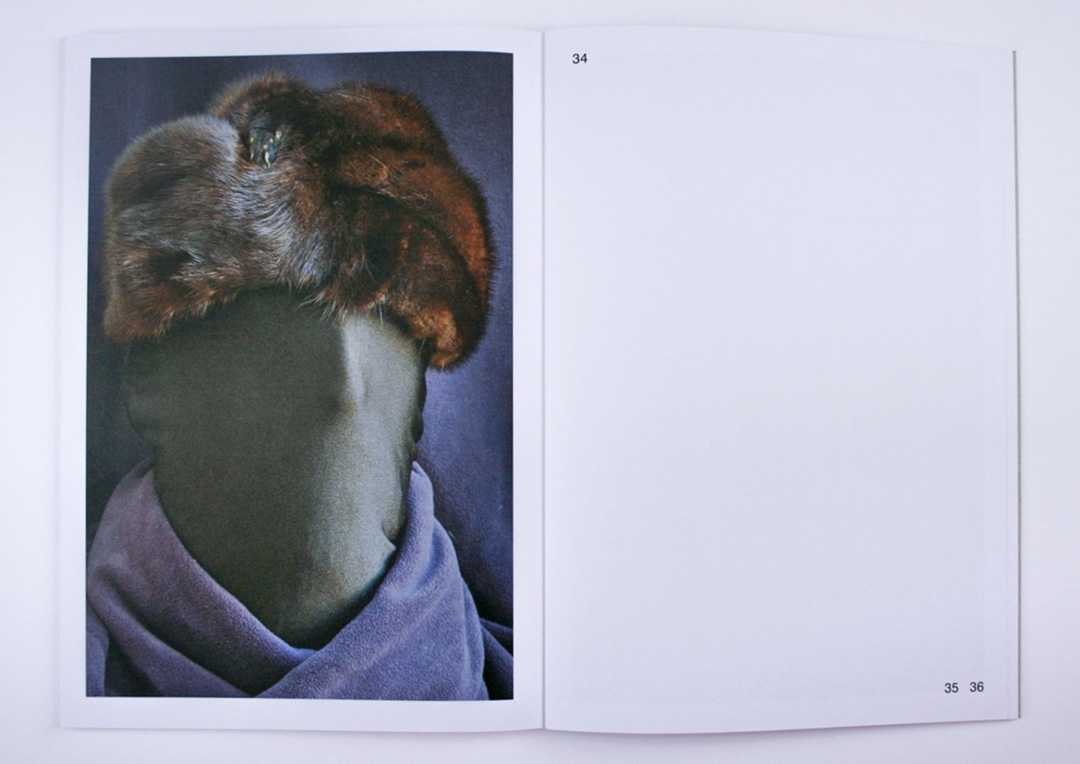 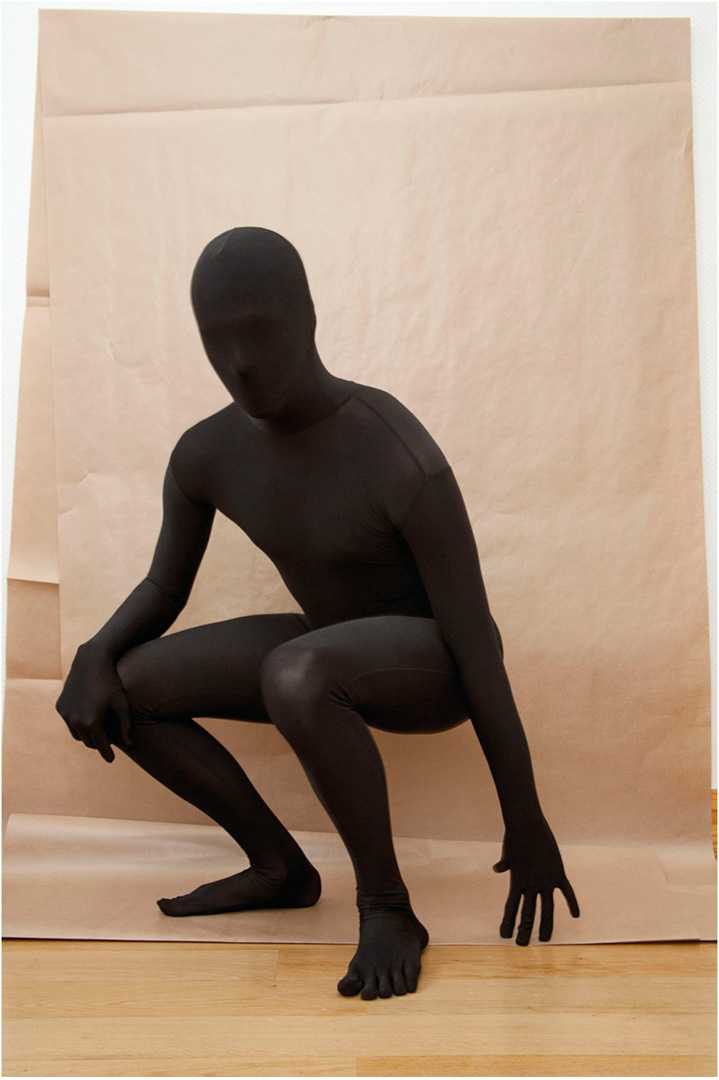 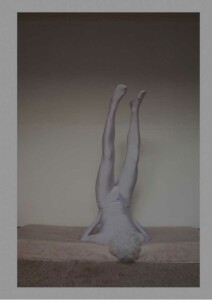 Anonymity is no longer easy to achieve… To think that dark sunglasses and a hat were once an effective foil from prying eyes! Now that we each carry in our pockets devices that can serve as tools for facial recognition, is there anywhere safe to call our own? In Epidermis II, Belgian photographer Charlotte Lybeer (1981) observes one group that has found a way to transcend the dilemma: Zentai morph suit enthusiasts.

The Zentai suit is a layer of tight, form-fitting, nylon spandex. By covering themselves head to toe, participants are temporarily free to expose themselves as they wish: pants are off, but the person is not naked. Morphed into Zentai, they move through rooms loudly announced yet completely secreted.

The photographs are portraits and detailed shots made in a backdrop of anonymous real-world apartment interiors. Characters are distinct in their choice of suit colours and accessories. A wig or slippers and a skirt play with gender identification. Sweat marks on a blank torso reveal an unidentified human being beneath the anonymous suit.

Lybeer’s subjects are composed and candid, devoid of the exaggerated movements we so often expect from masked figures. The faceless subject invites the viewer to read them via pure physical human gesture. In full-spread, close shots of outfit seams and creases along the body, Lybeer reveals complex ties between intimacy and identity.

Lybeer’s photobook is a smooth, softcover, perfect bound beauty. Unfolding the back cover gives access to revealing quotes from her subjects. Their reasons and motivations for partaking are as varied as their characters:

“Being alone in your suit, is close proximity to yourself. And then going out as a group. Together.”

“To transform into a new ‘simplified’ self”

“This is not disappearing. Of course not. Why do you think of disappearing? I’m here, aren’t I?”

“I think you should ask yourself why you want pictures of this.”

In the safety of anonymity, Zentai wearers reveal another dimension of themselves for all to see.

Charlotte Lybeer: Epidermis II is published by Art Paper Editions in an edition of 500.