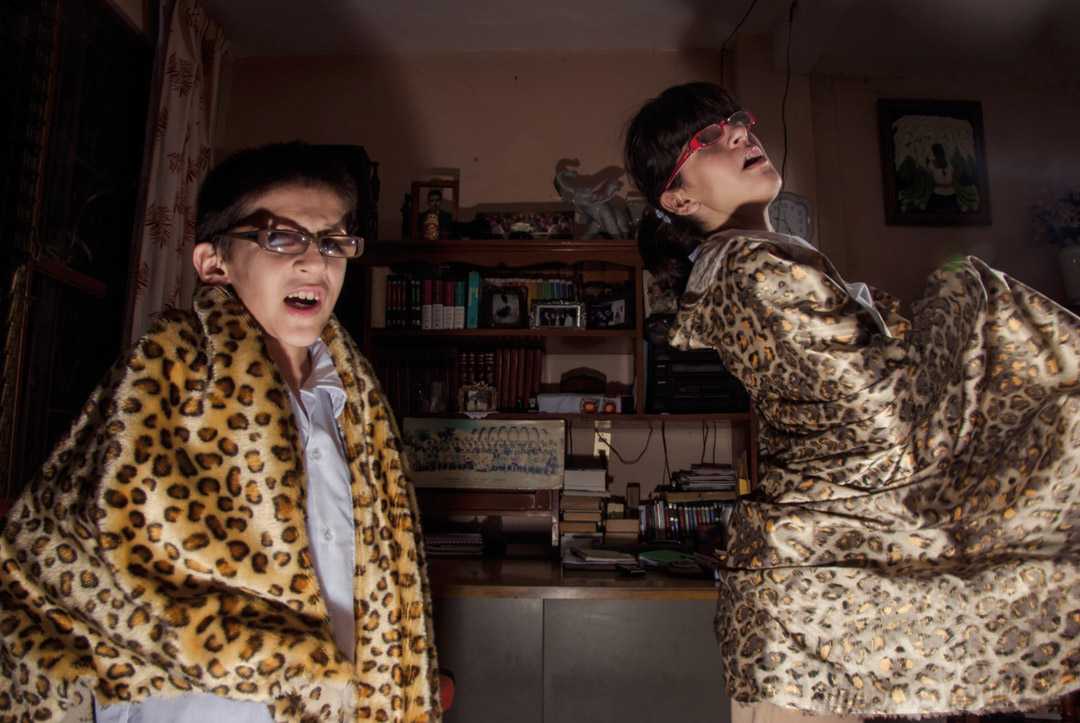 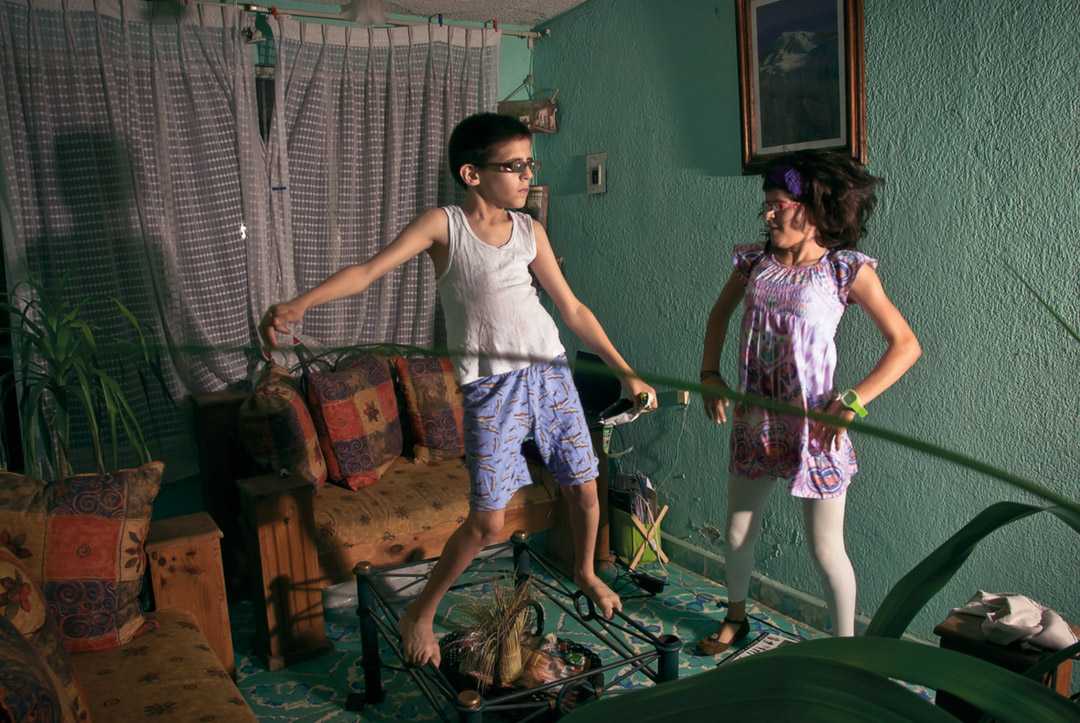 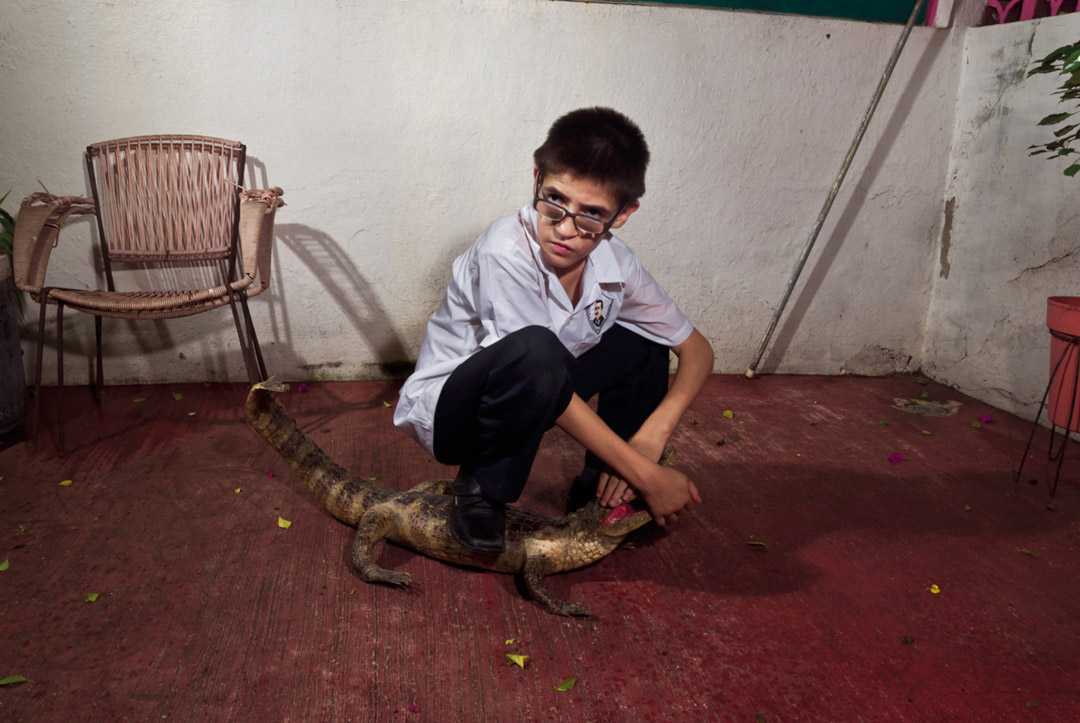 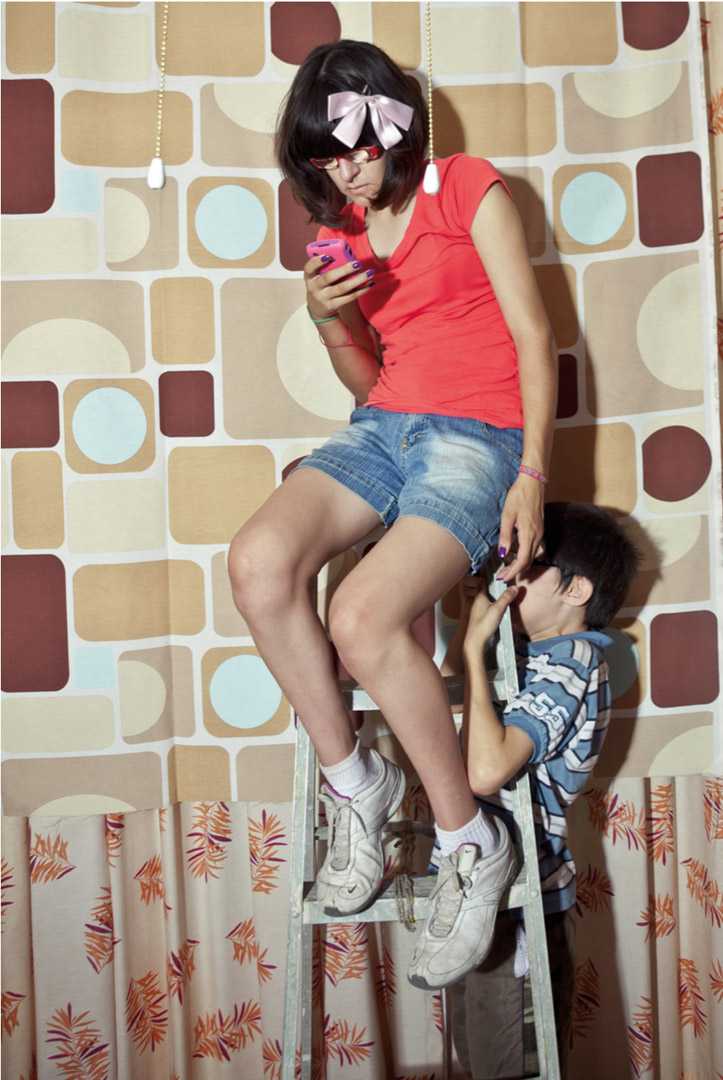 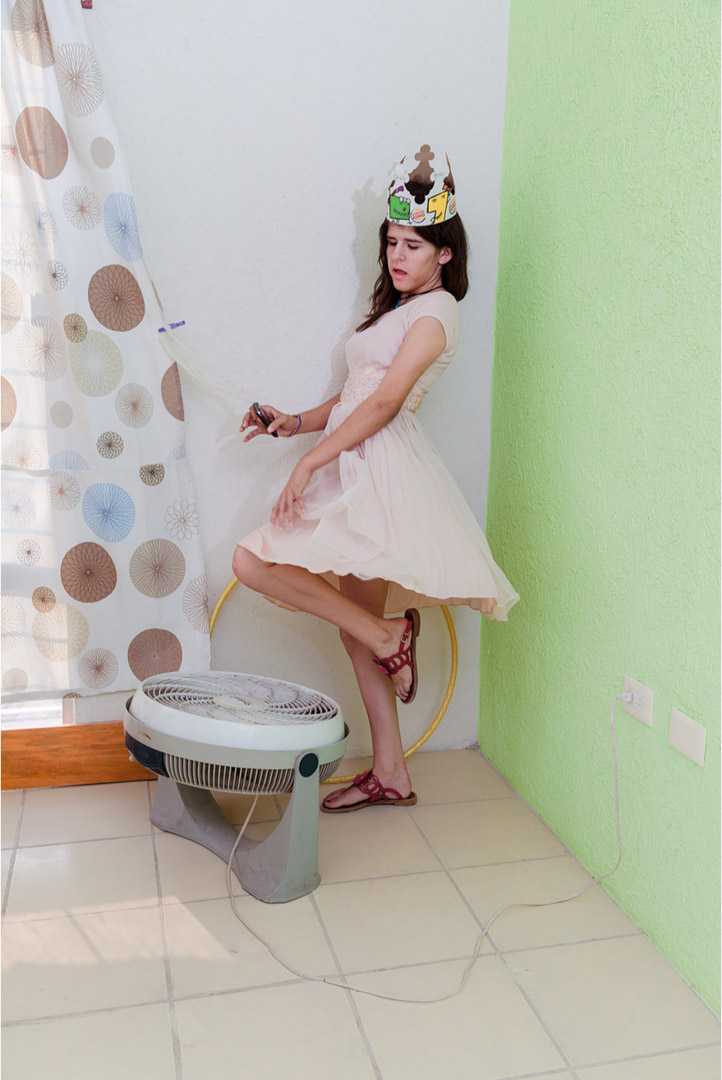 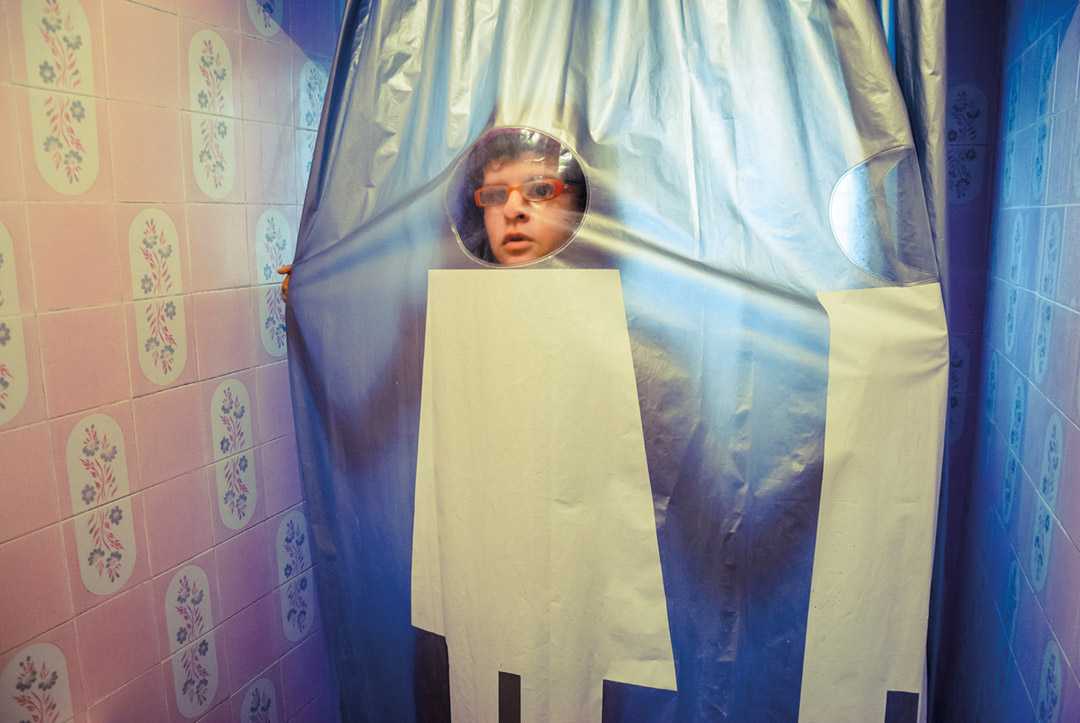 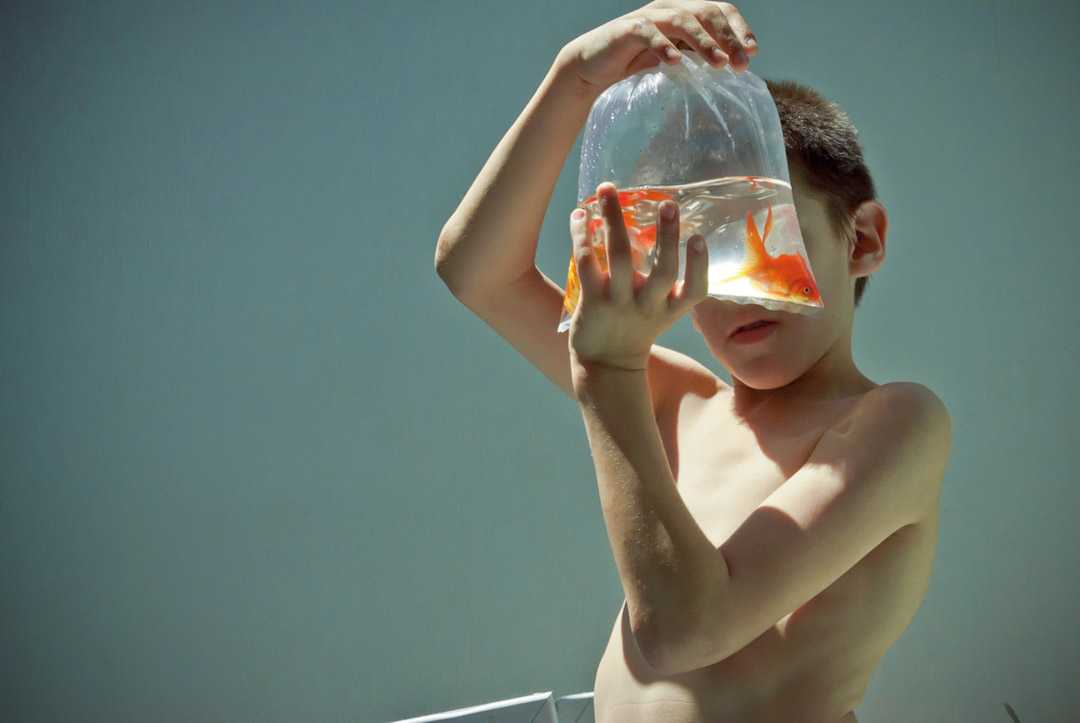 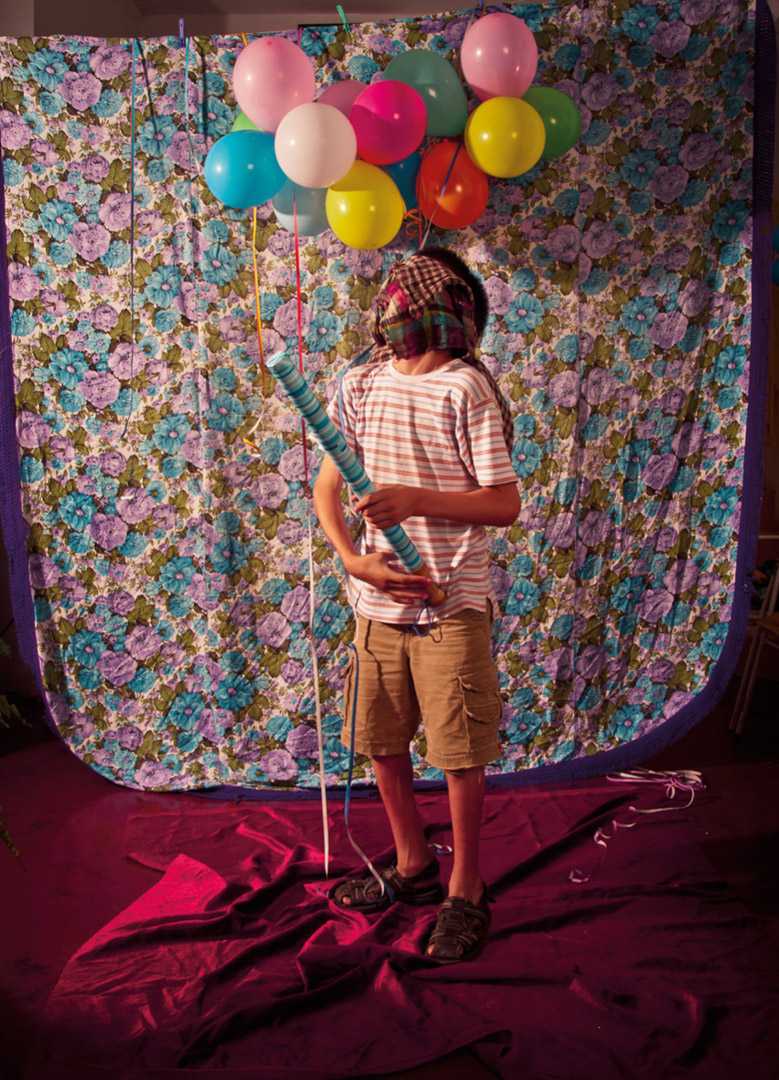 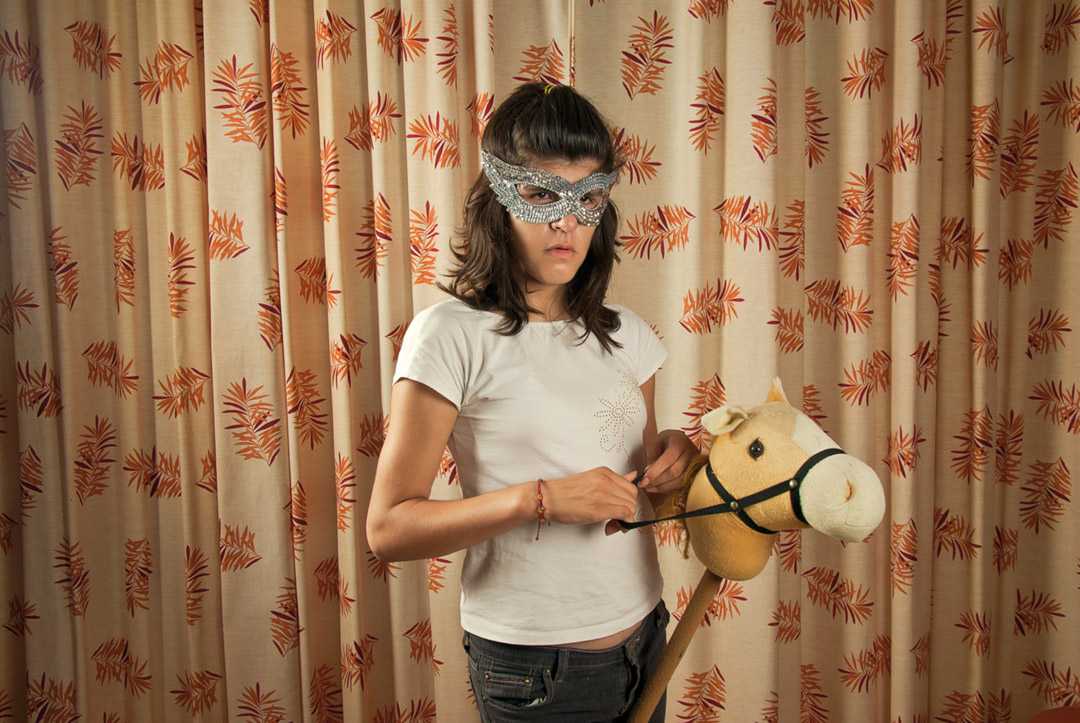 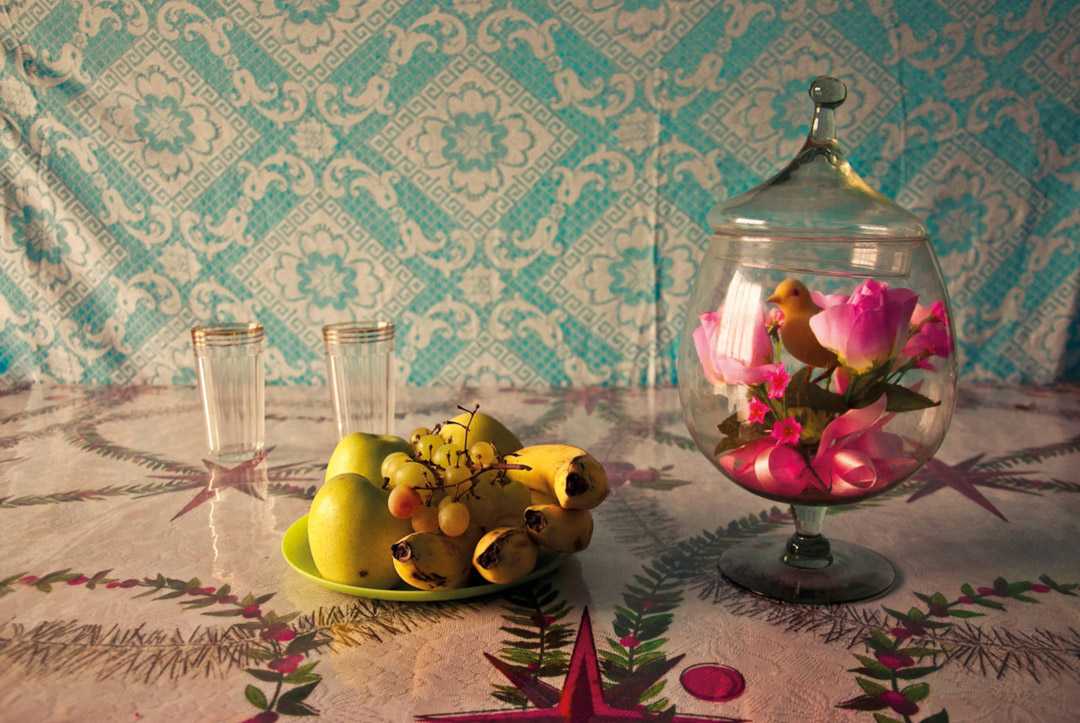 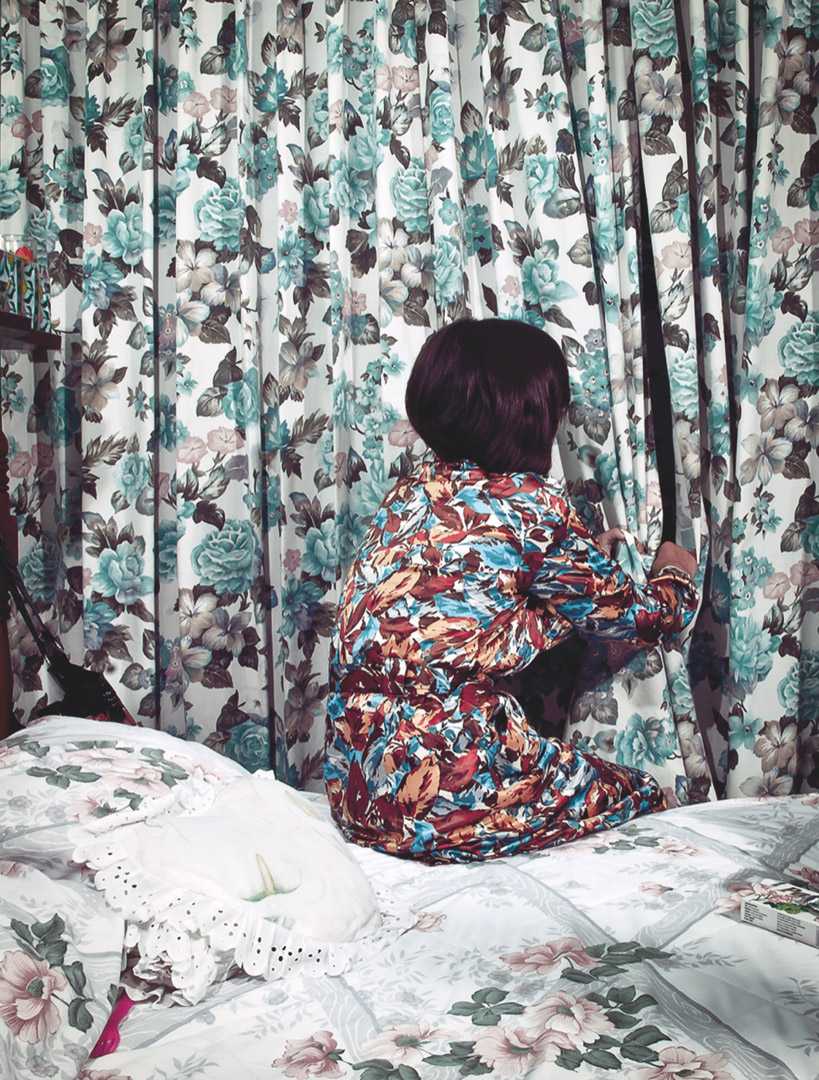 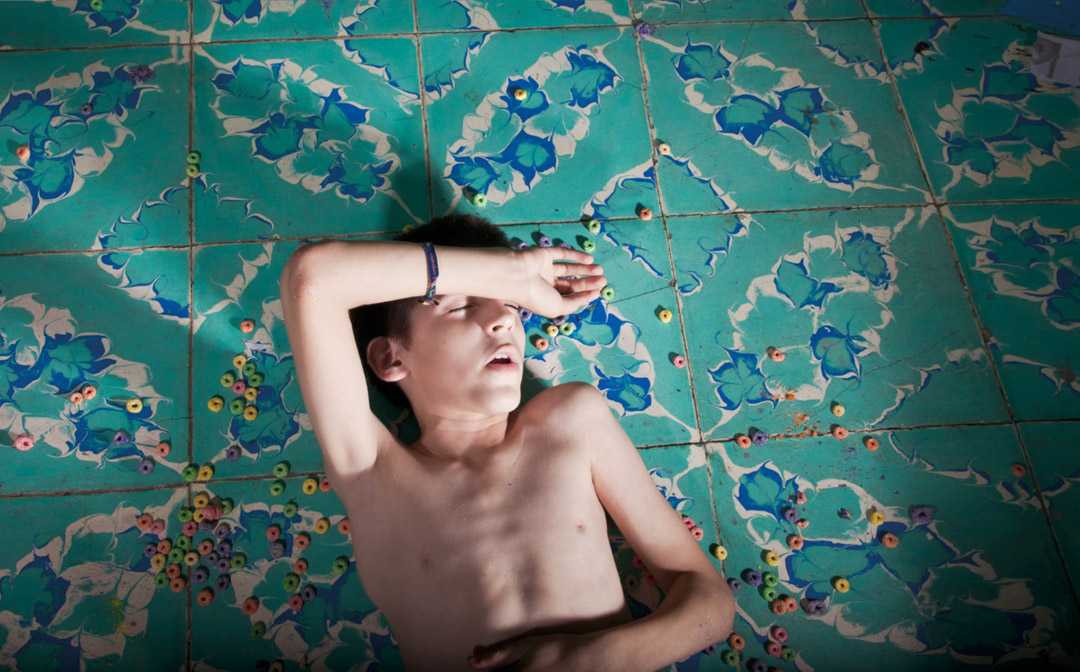 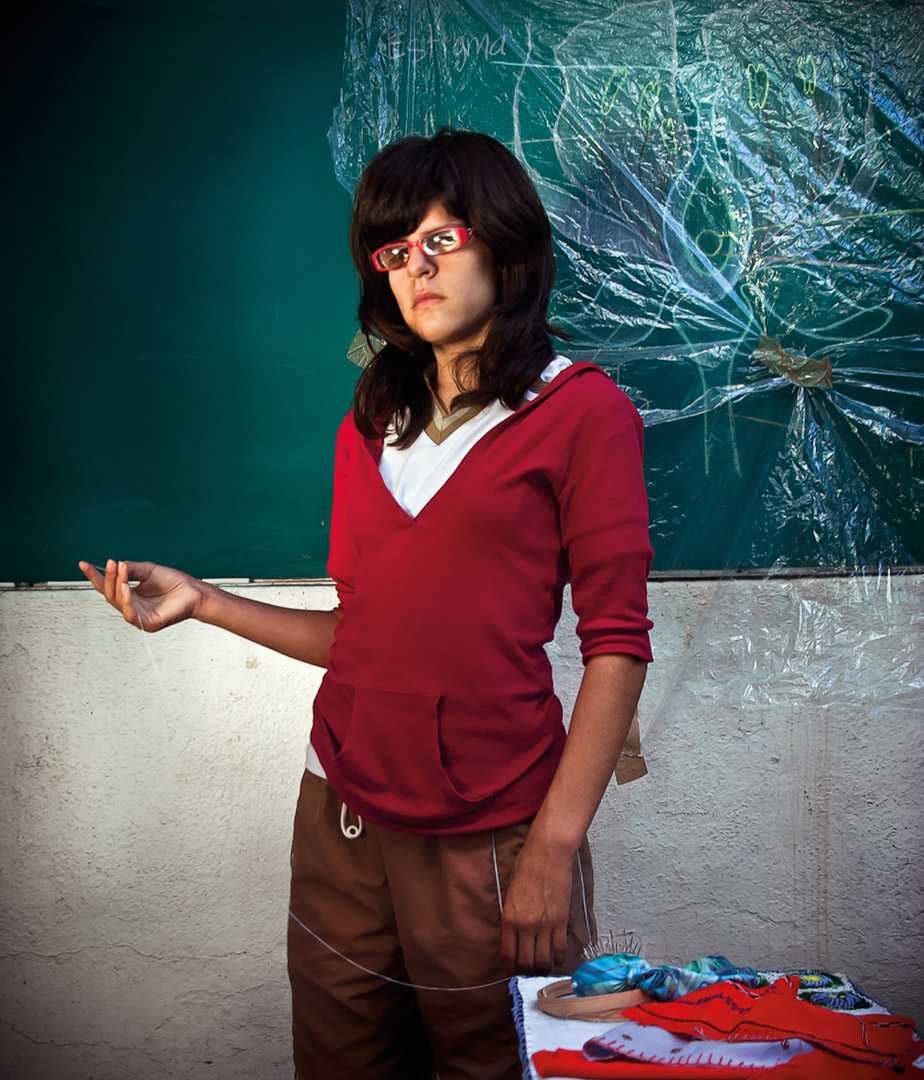 Adolescence and its associated difficulties are nearly universally experienced and yet, these years of emotional, awkward exploits are typically swept under the rug as soon as they’re passed, rarely to be revisited again. Roberto Molina Tondopó (1978, Mexico) aims to discover more about his own teenage years through the experiences of his adolescent niece and nephew in his work Casita de Turrón (Gingerbread House). Now published as a book, the series blends reality and fiction to create a fusion between their imagination, the struggle for individual independence, and the construction of identity.

The first thing you notice about the book when leafing through, is the variety of sharply-coloured, cheerfully-patterned surfaces that make up the majority of backgrounds. Floral bed sheets, leopard-print throws and mosaic floor tiles fill the pages, in a myriad of saturated colours. They are reminiscent of the types of wallpapers or curtains in many aging, suburban homes, but amplified and multiplied, adding a farcical element to the images and indicating that they are not based entirely in reality. The paper used in the book lends a further sensation, some of it has a shiny wallpaper-like textured overlay and a fold-out reveals a frog sitting on his nephew’s back. There are also thin, matte pages, as well as glossier sheets, the inconsistency reflecting the turbulence of emotion felt whilst going through puberty.

Tondopó’s subjects can be seen growing into adults in front of the reader’s eyes, although not portrayed in chronological order. When teenagers are photographed, one may expect documentary-style, portraying their emotional lows and struggles to look good in front of their peers, but Tondopó looks past this cliché. Though they are shown taking part in normal day to day activities, their exaggerated poses (highlighting their innocence and childishness), and surroundings are carefully planned, with objects full of symbolism lying conspicuously next to their subjects. Andrea, Tondopó’s niece, in particular, transforms into an aspiring young woman, trying to shake off her youth: she is shown texting on her phone and wearing high heels, yet the dolls and toys around her are a constant reminder that she is still within arm’s length of her childhood. Ángel, the artist’s nephew, practices macho activities he may need in the future, such as wrestling with a toy crocodile and kissing a mirror, surely imagining a future girlfriend. Symbols of sexual maturity are also dotted throughout: a diagram of a flower’s sex organ on a blackboard, apples and eggs, hinting constantly to the process that is taking place in the subjects’ bodies.

In the back cover of the book, in a pocket that could be overlooked, is a fold-out poster: on one side is a halftone image of the author’s family and the other contains accounts from Tondopó’s own adolescence. The text recounts difficulties he had at the time, such as bad dreams: “My house collapses. A recurring nightmare. Someday it could actually happen”, and even worse realities: “Deep down, I long to fulfil my mother’s dream and be admitted to a psychiatric hospital.” These also convey teenage turmoil, just like the images, but give the entire book a much darker tone, focusing on paranoia and uncertainty. Tondopó photographs his relatives in order to resolve his own past, but this element serves to complicate the concept, adding something unexpected and not entirely welcome to an otherwise refreshing look at teenage angst.

The book is like a puzzle; as the ages of the children jump around and the subject matter switches from surreal still life to almost-comical portraits, the reader has to piece it all together. This unusual way of photographing teenagers is something that is surreal and yet recognisable, conveying the way emotions and feelings can change in this tumultuous time. With the accompanying text it suddenly becomes quite confusing, but perhaps, that’s the point.

Tondopó’s series Casita de Turrón was previously included as a mention in GUP#32, the Mexico issue, and was shown as an online portfolio with GUP. The book is available to buy online.