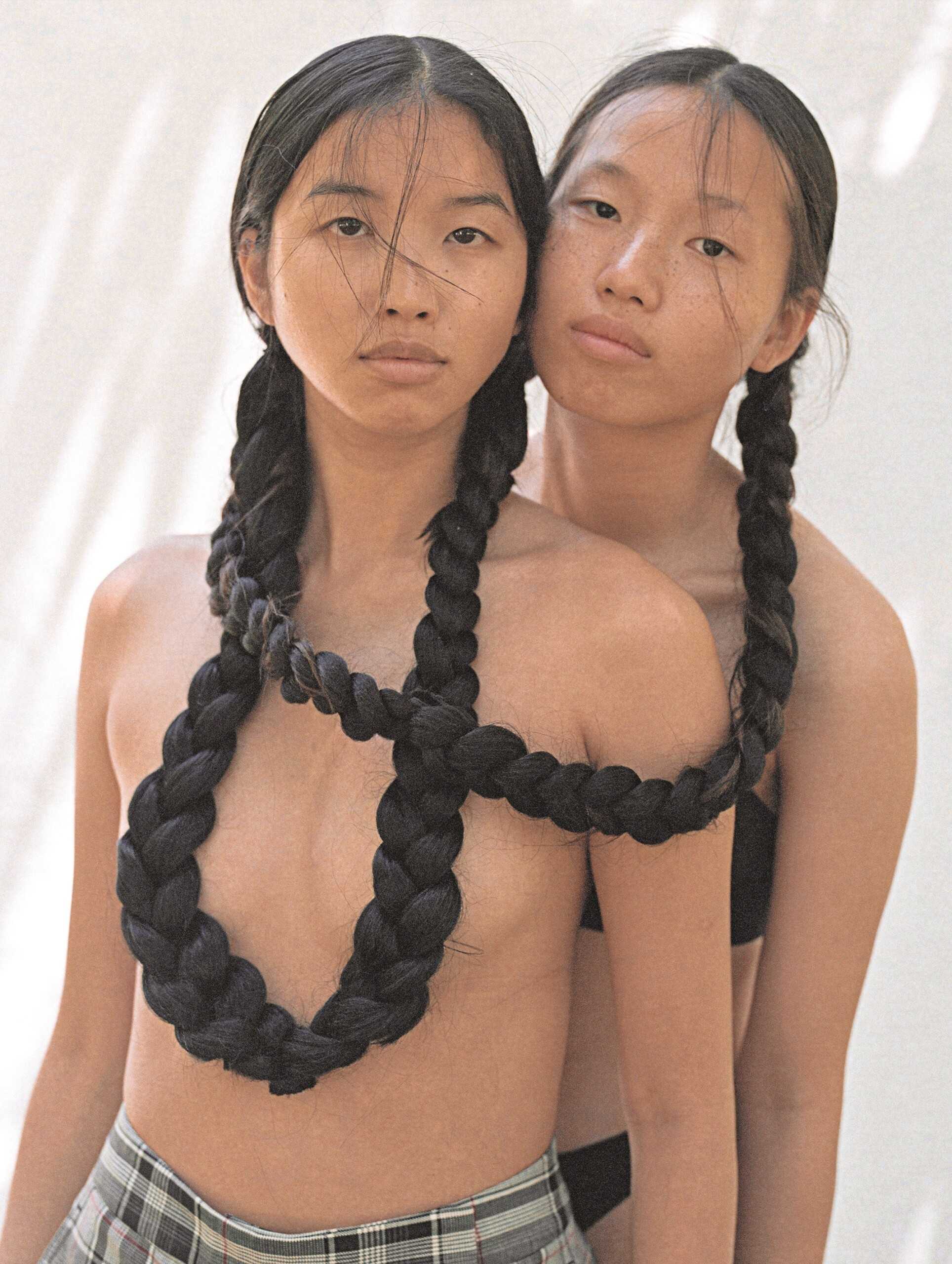 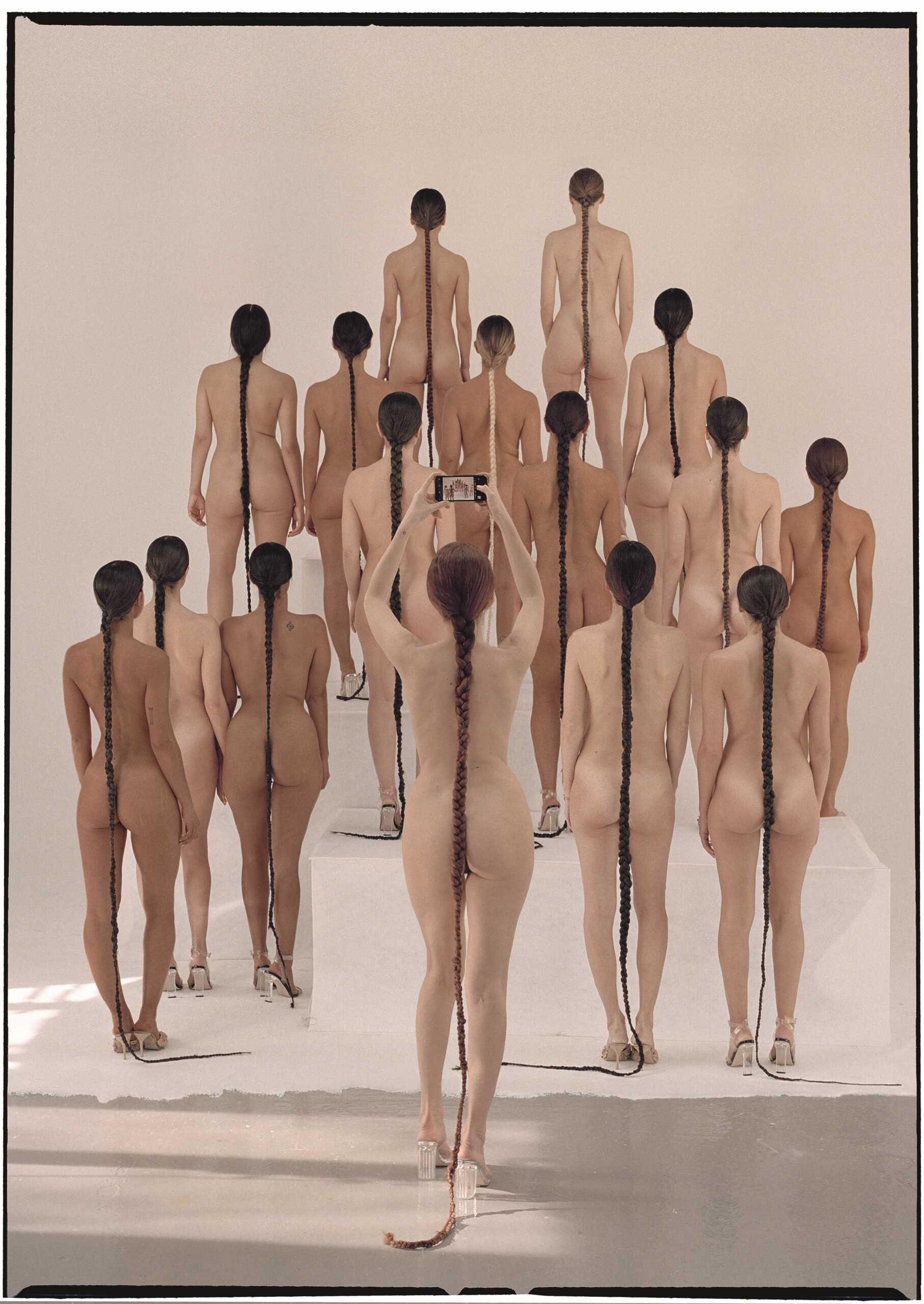 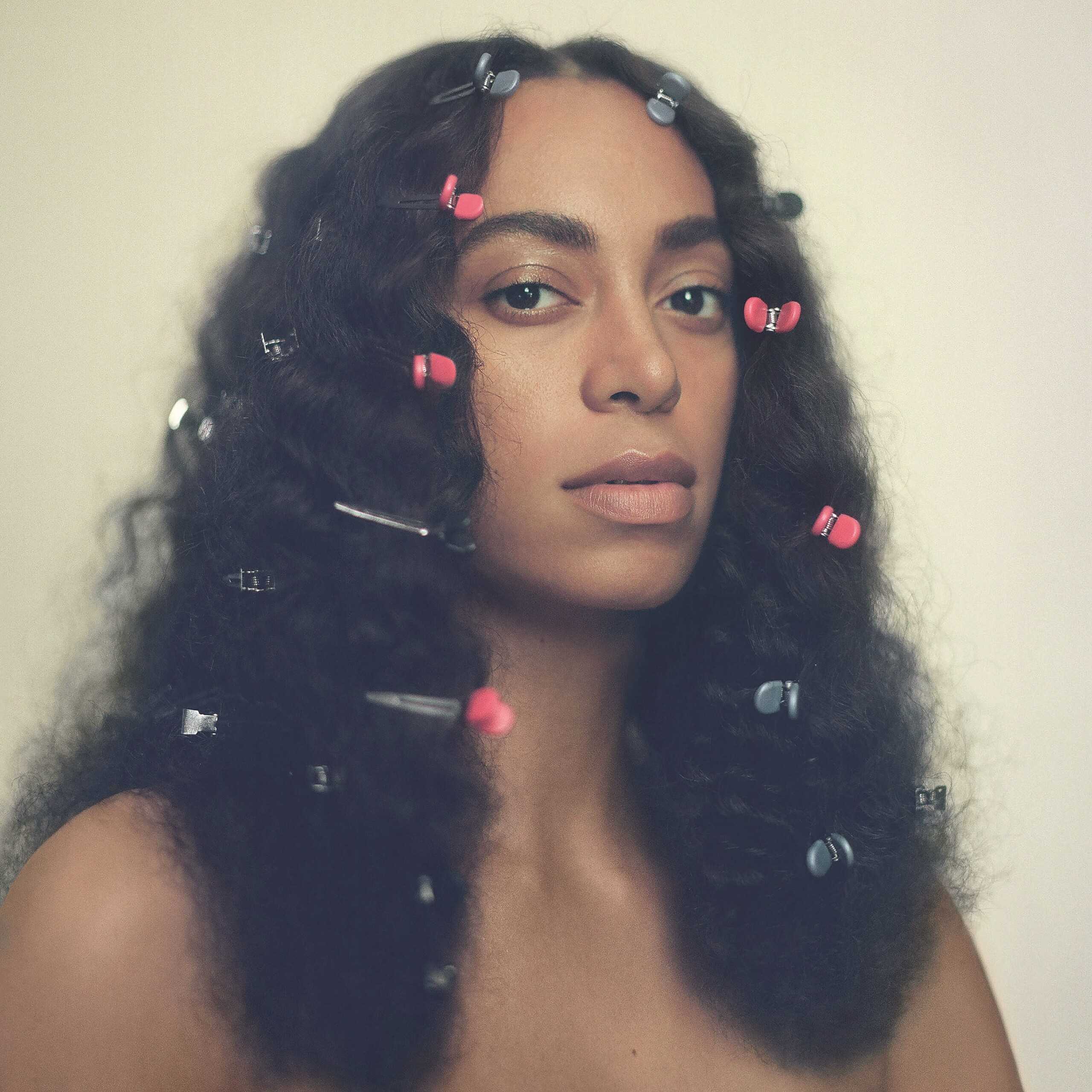 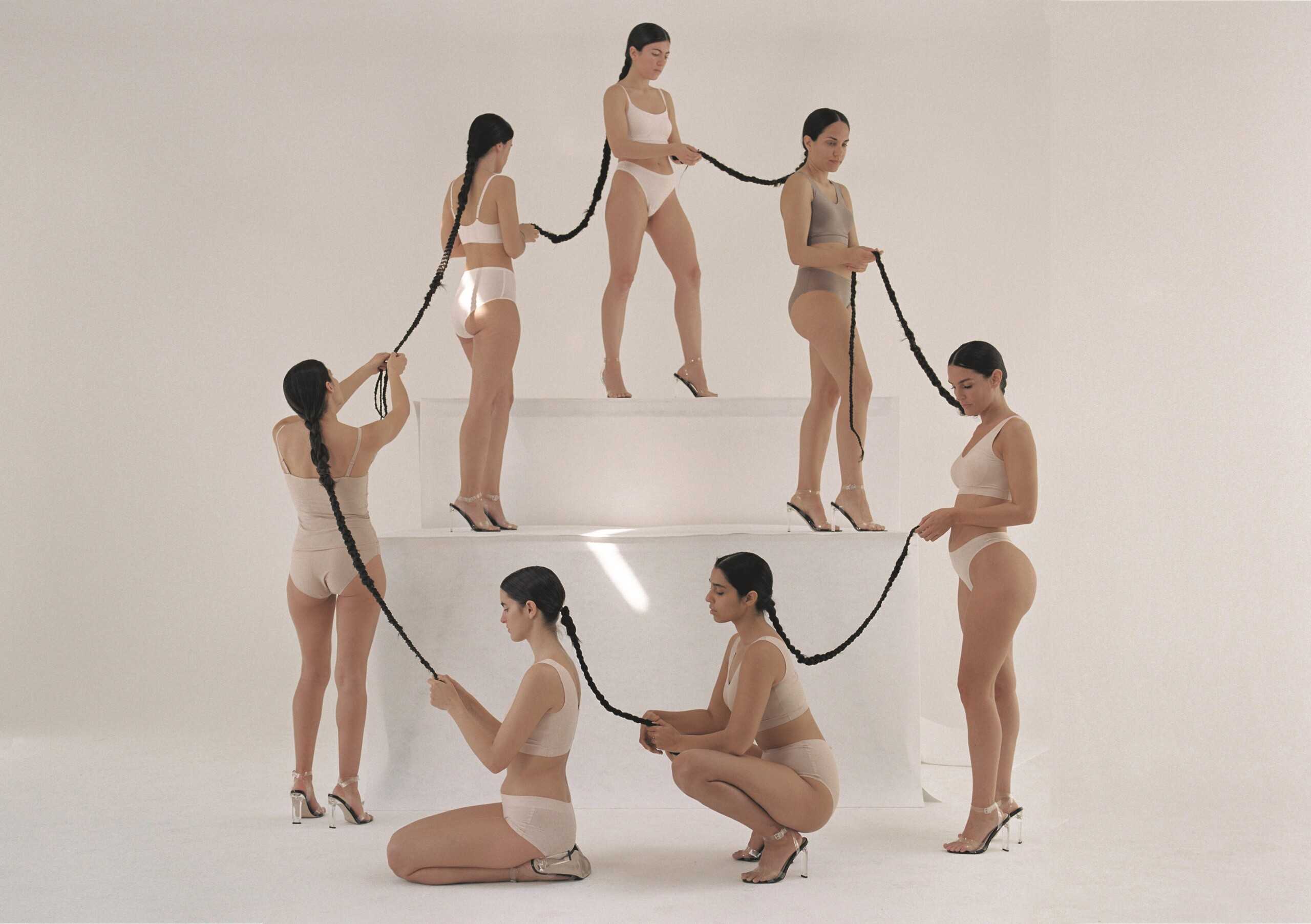 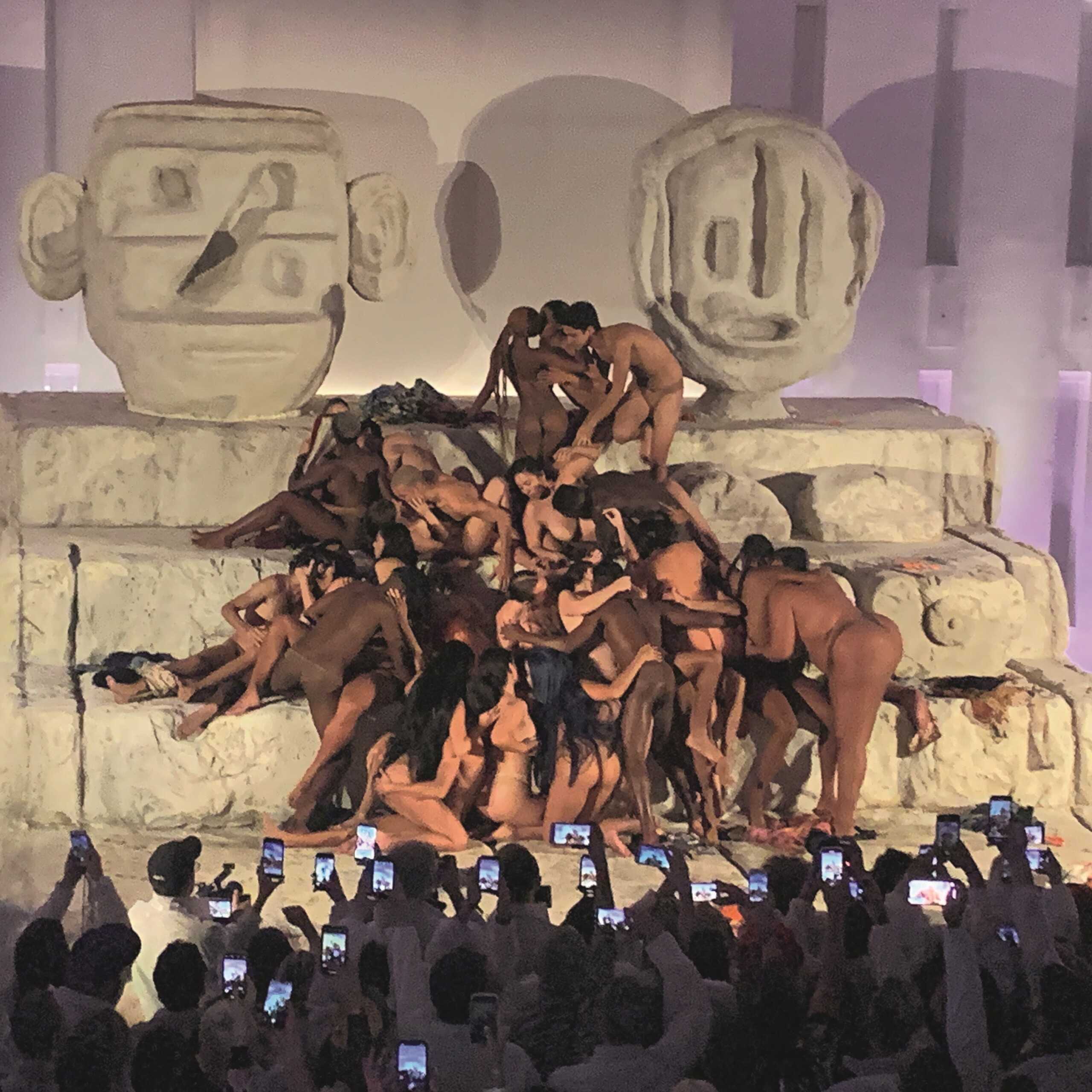 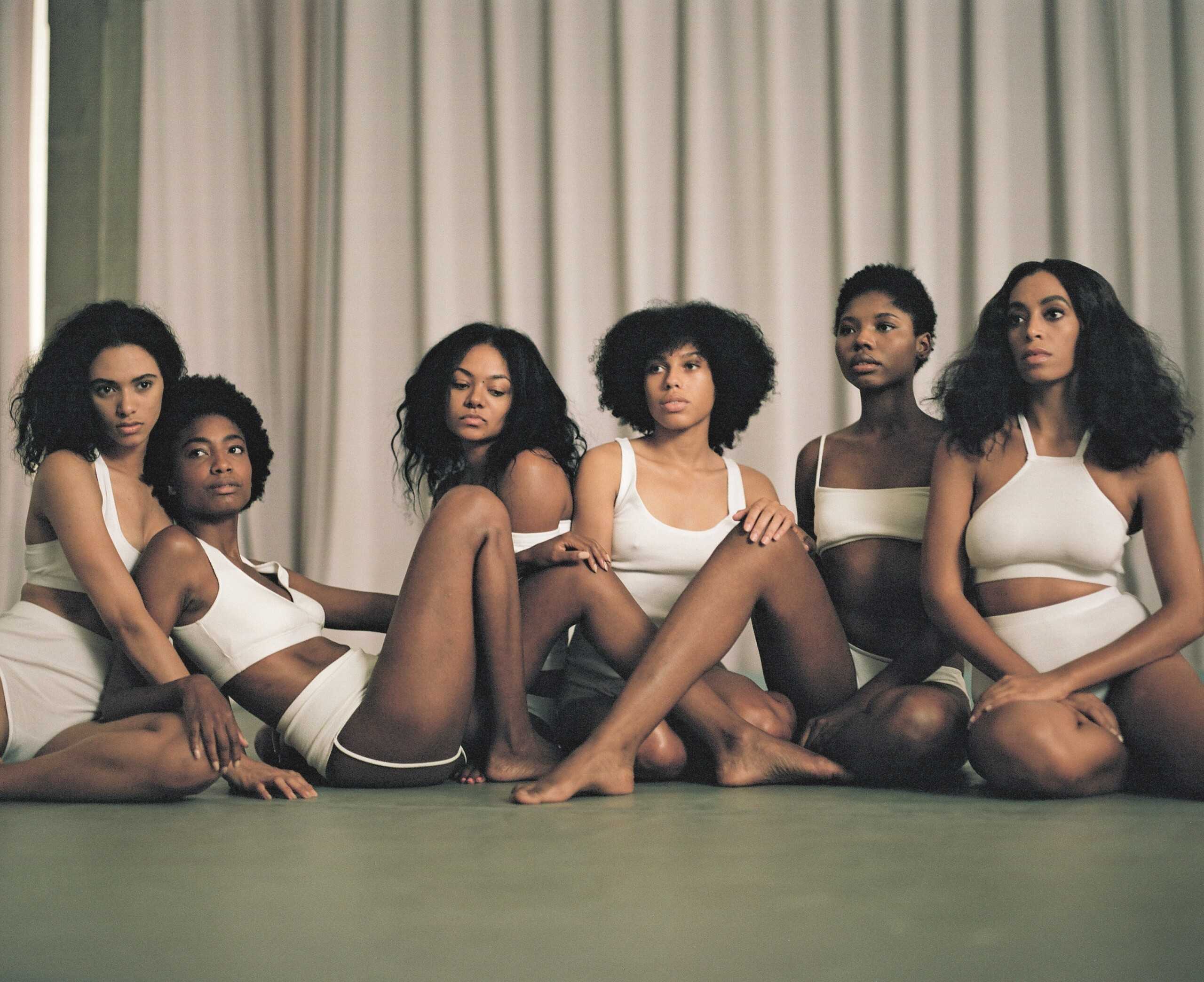 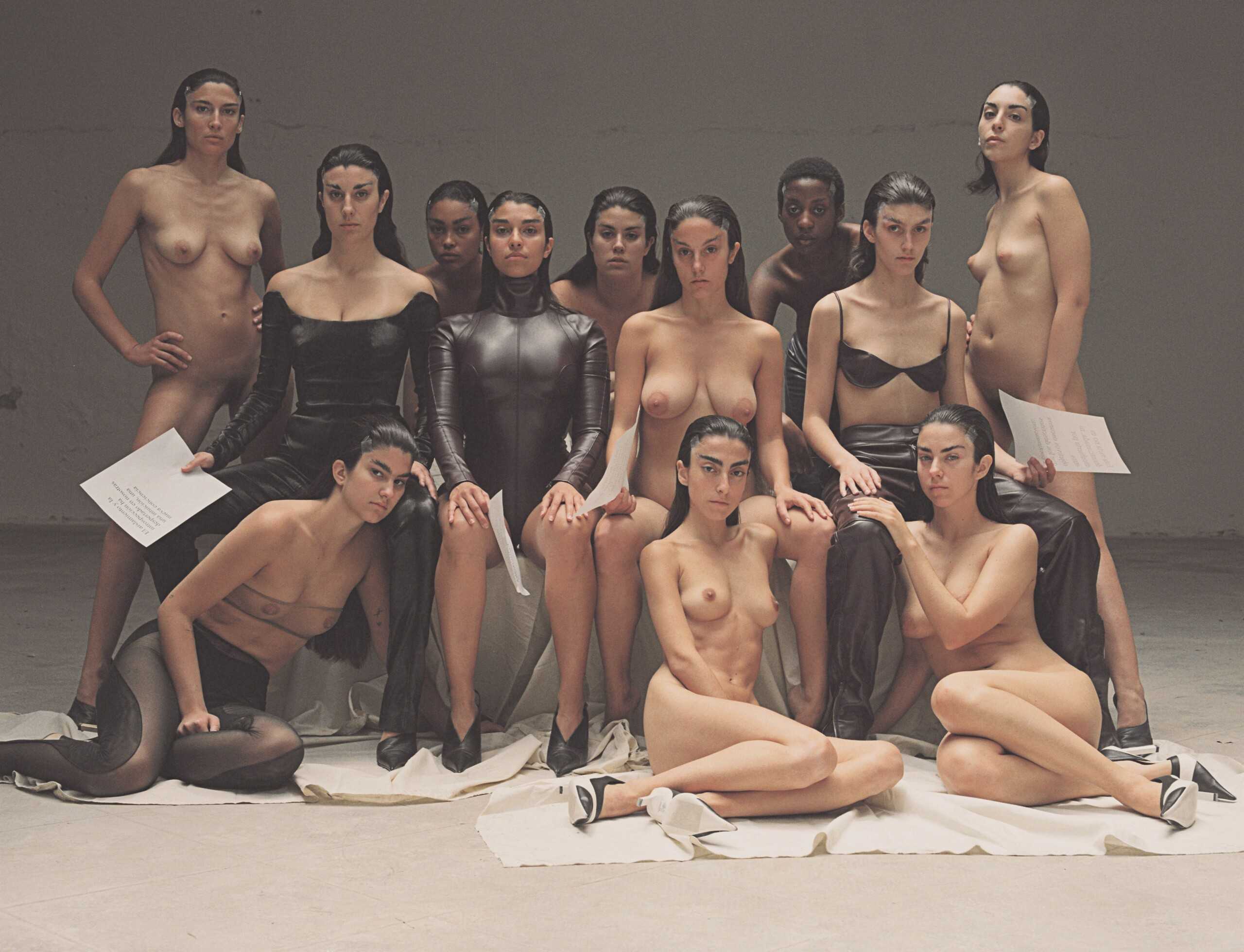 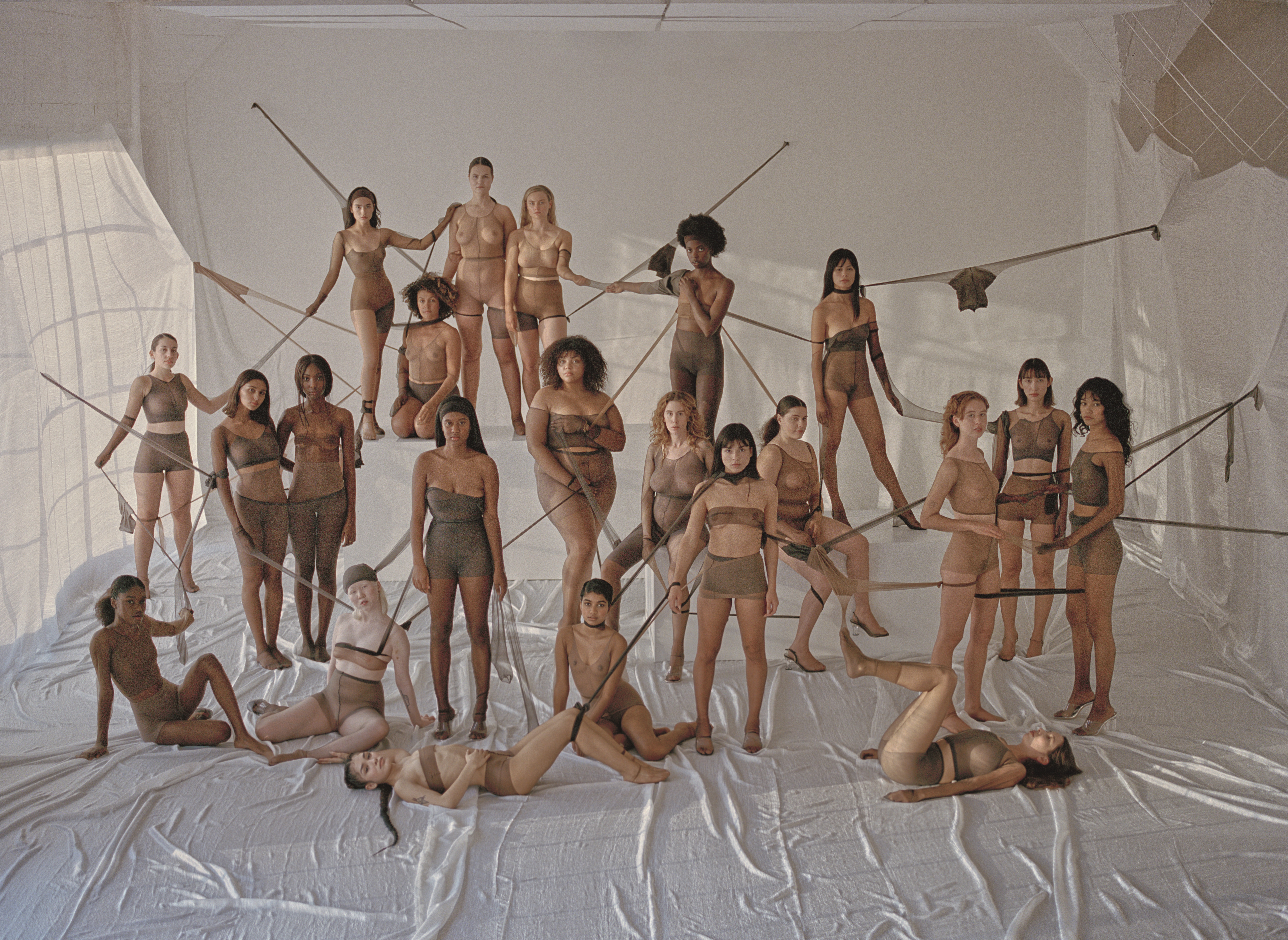 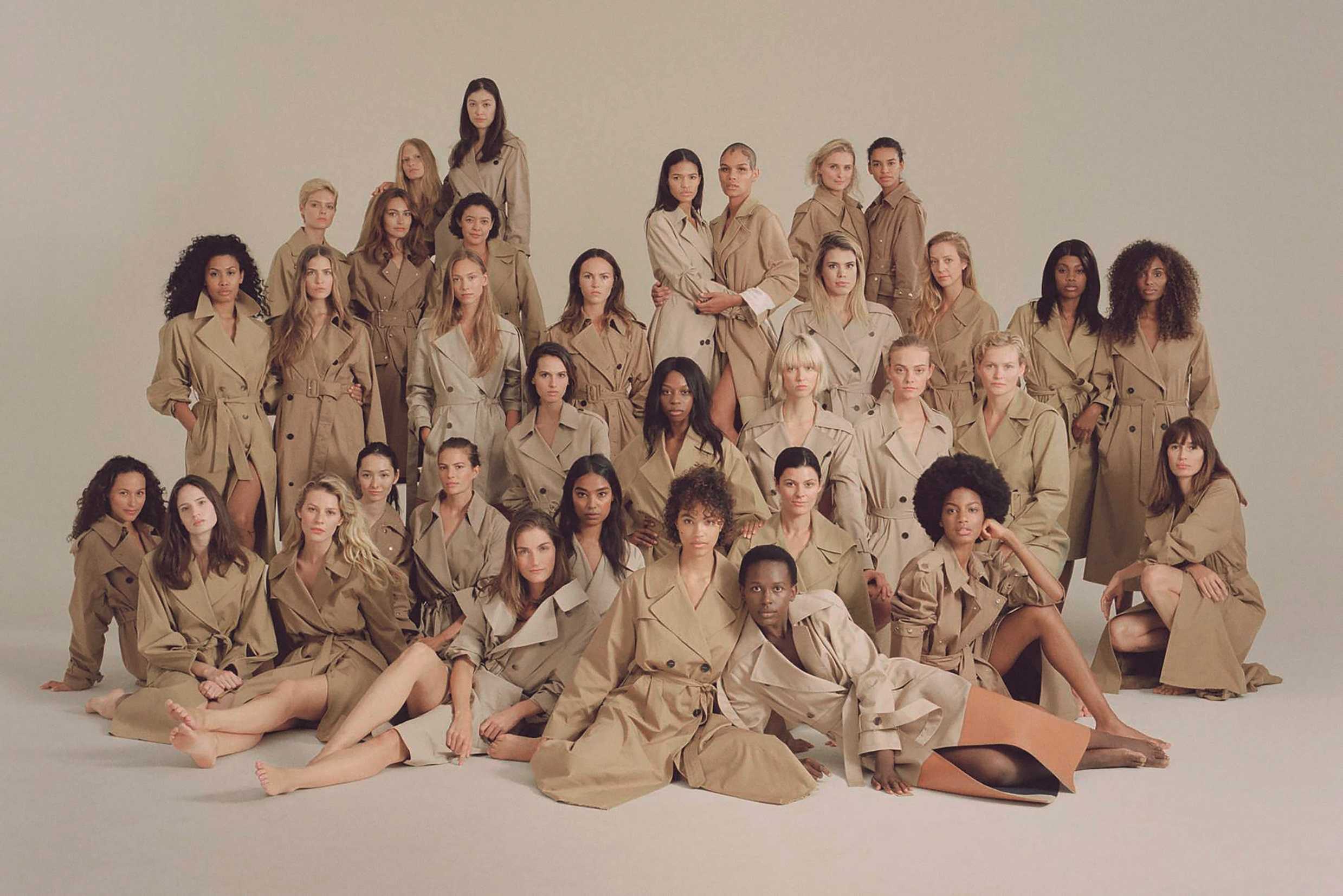 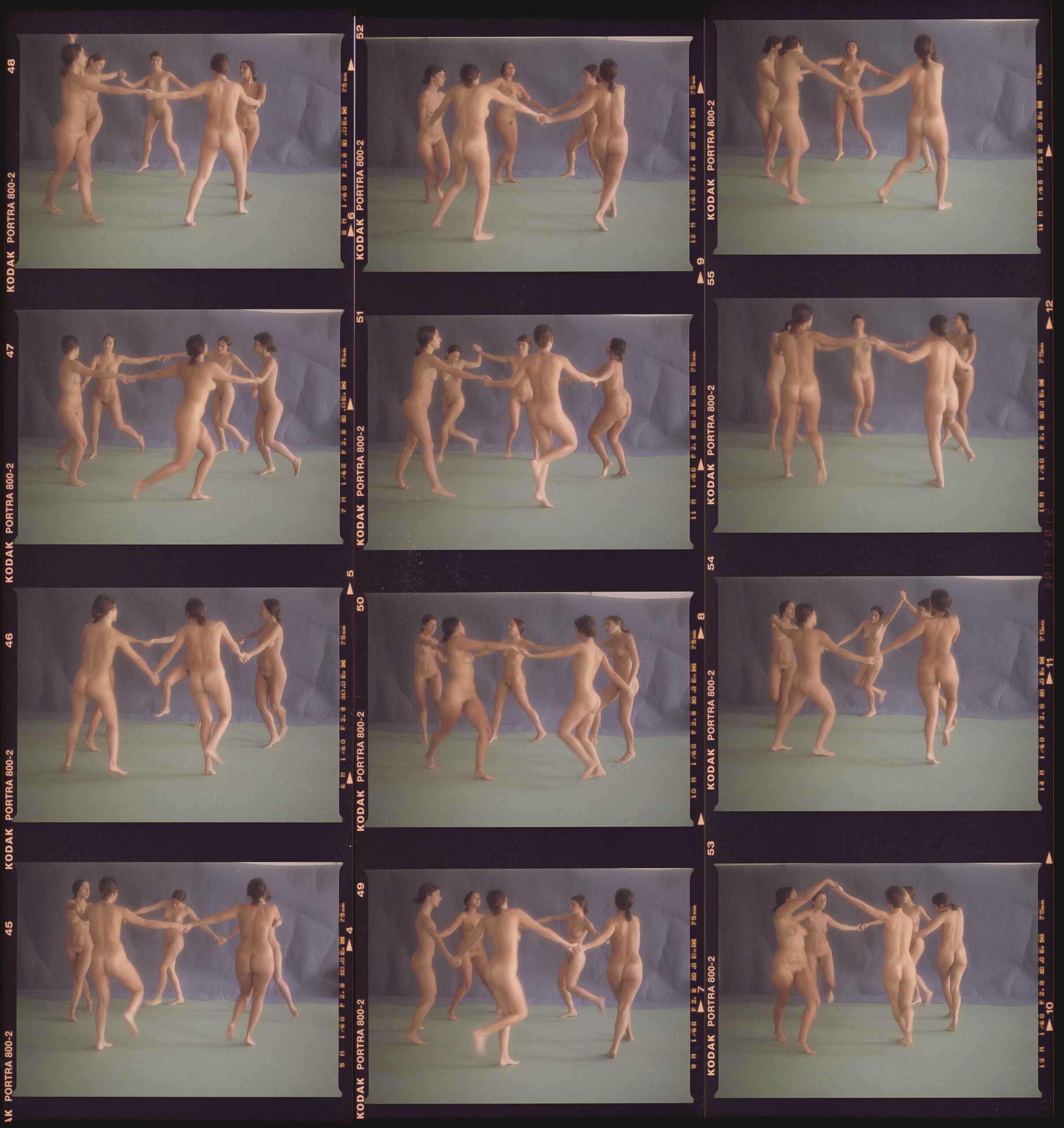 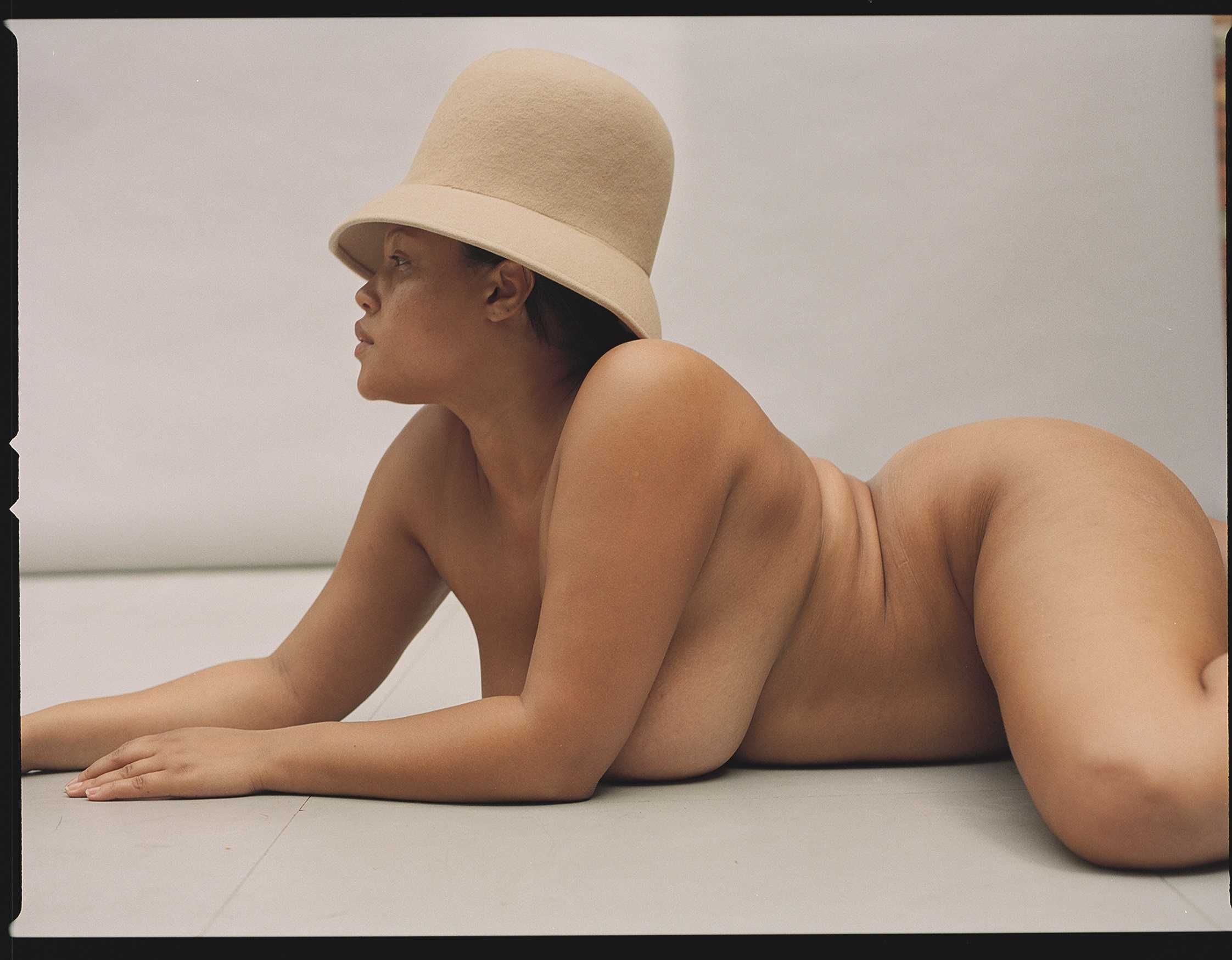 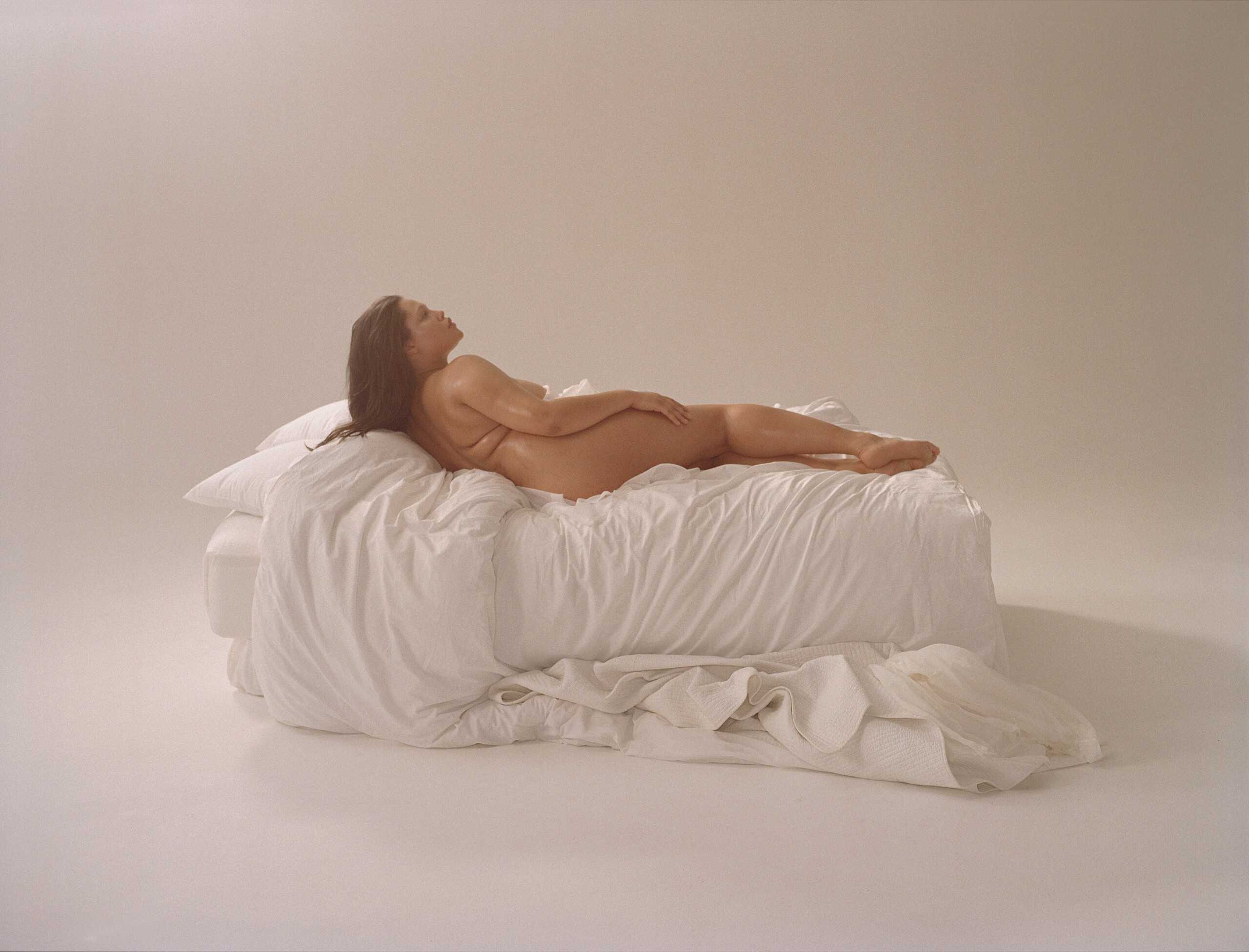 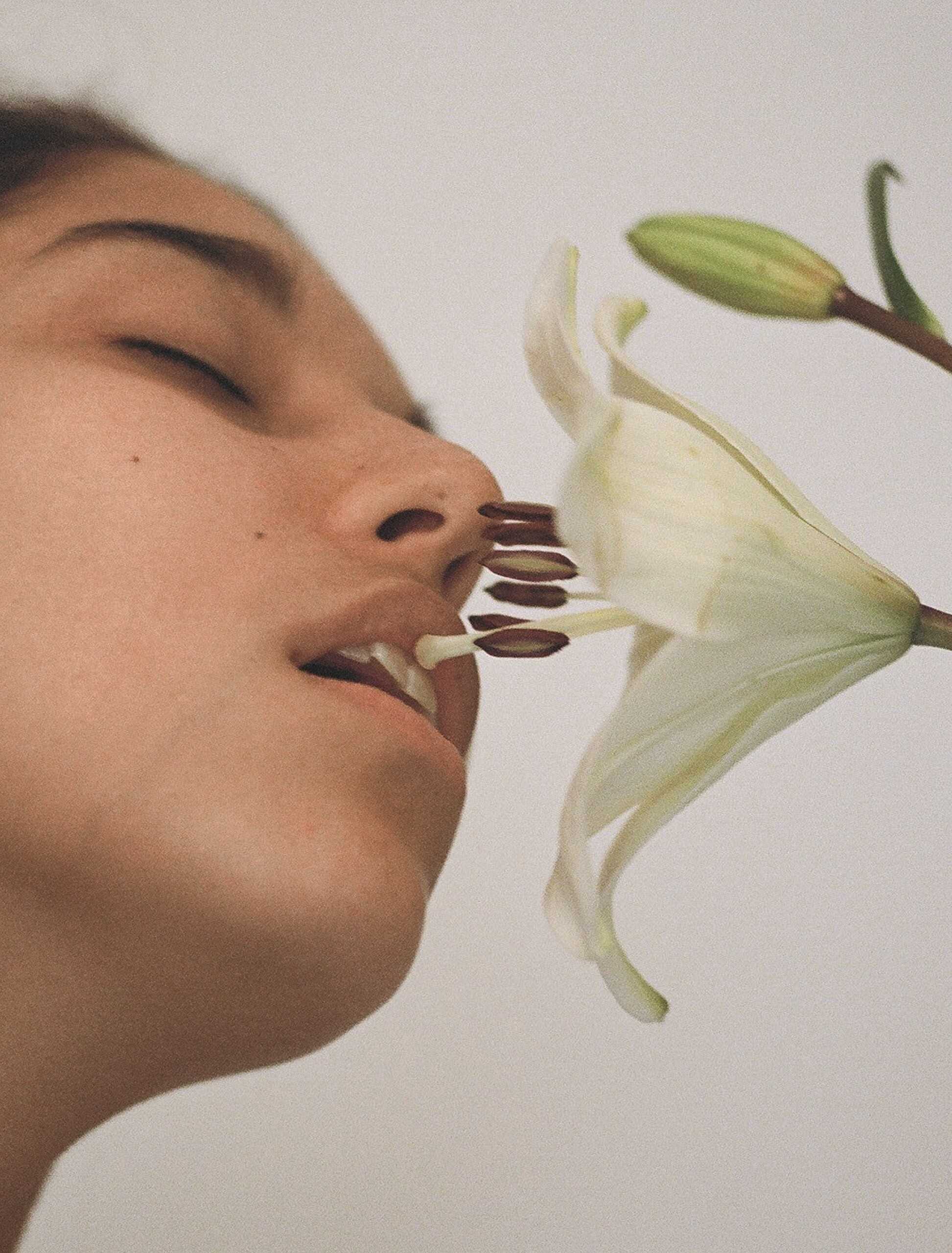 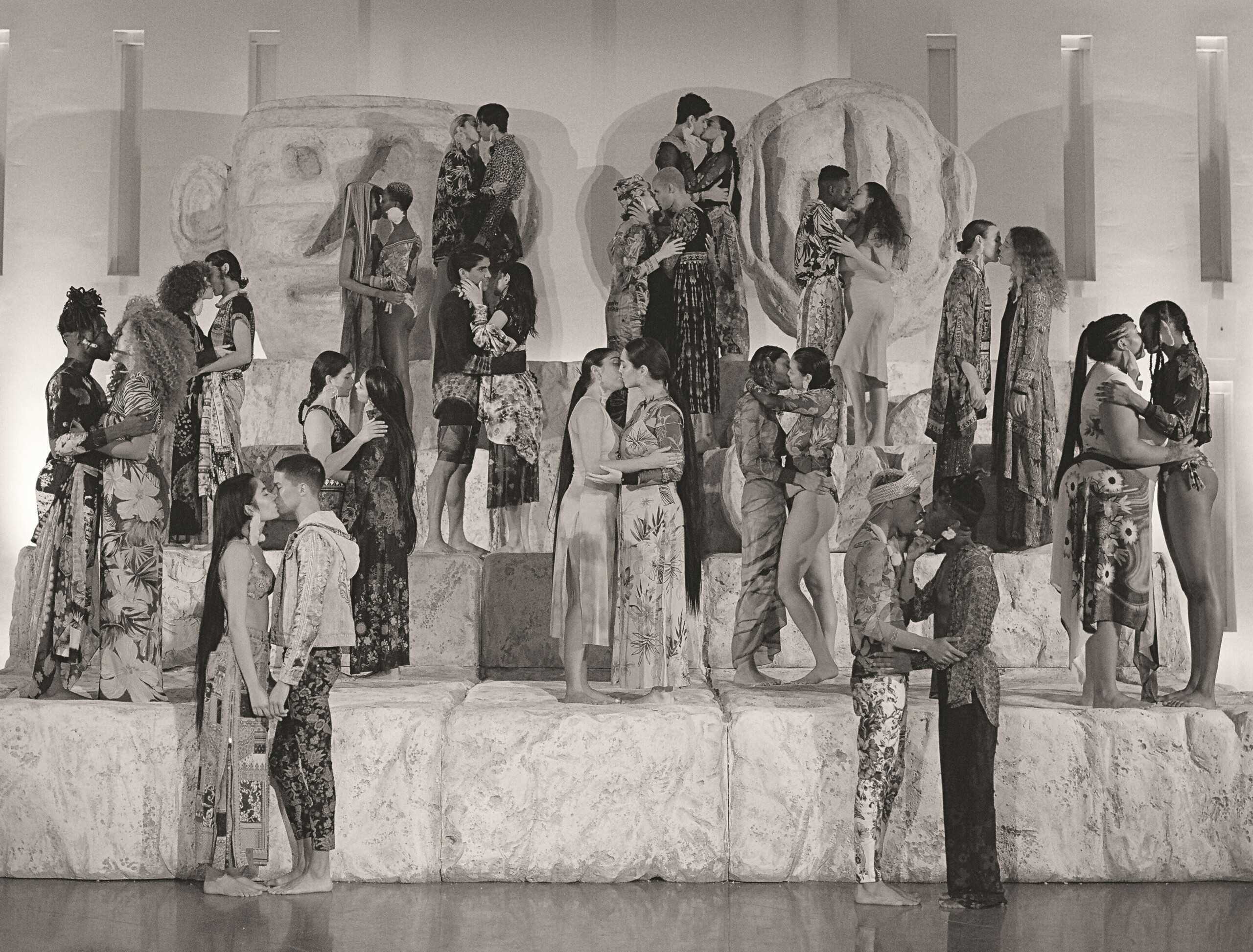 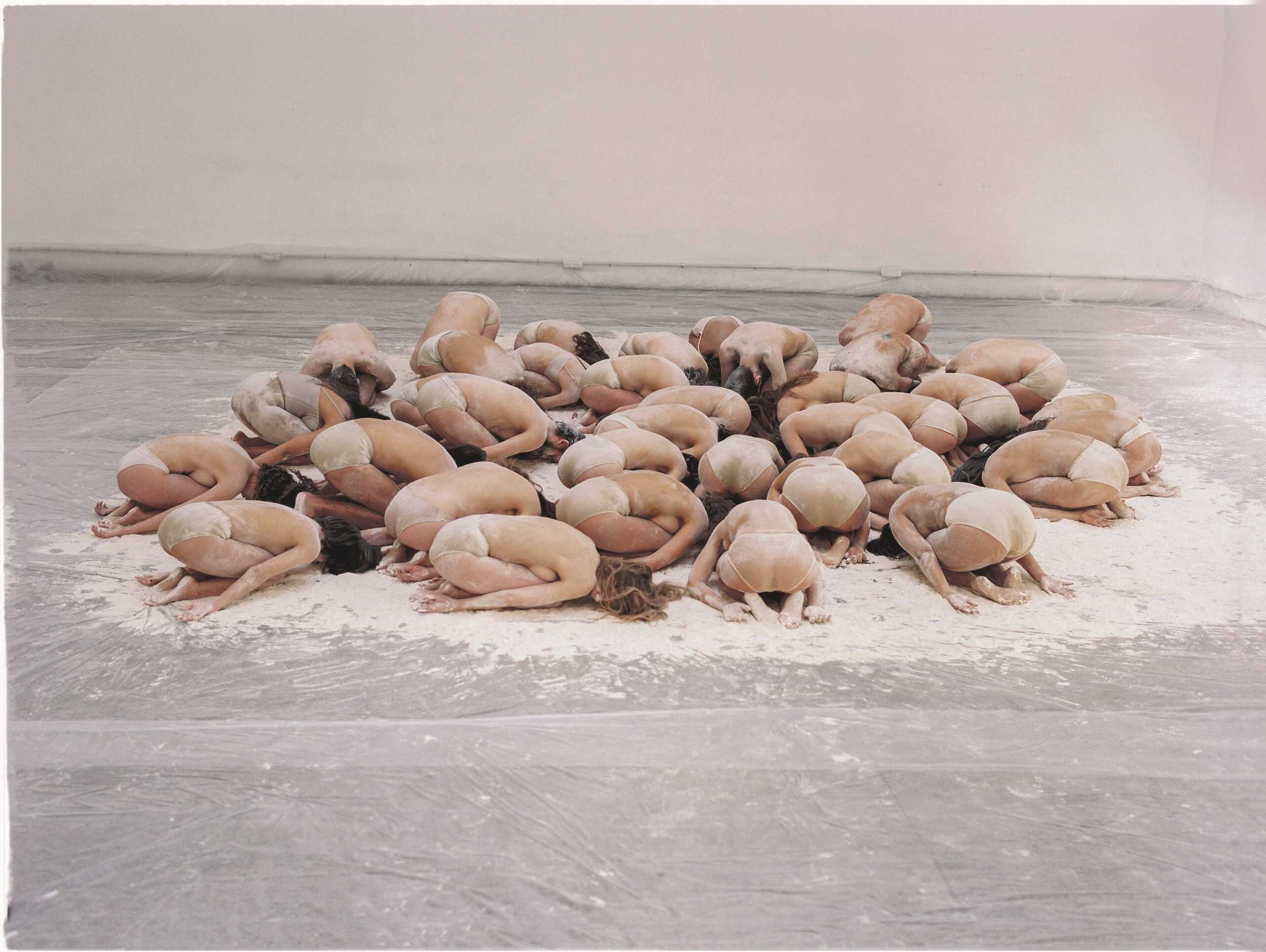 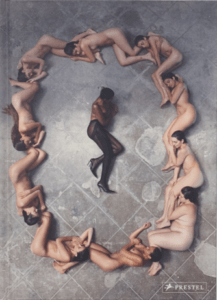 Spanish photographer Carlota Guerrero (b.1989) presents her first monograph ‘Tengo un dragón dentro del corazón’ (translated as ‘I Have a Dragon in my Heart’) containing her early works, latest projects and commercial assignments. In the world of art, fashion and social media the artist is well known for her unique mythical aesthetics and depictions of women and in particular, their femininity, sensuality and bonds among each other. Her photographs are considered to be the turning points of 21st-century art and fashion since to a large extent, they changed the way we perceive women.

Guerrero portrays female bodies in dream-like performative scenarios highlighted with softness, playfulness and a neutral colour palette. To exemplify, among the depicted scenes can be found a naked woman pole dancing while being observed by a circle of clothed women, a group of women plaiting each other’s hair or another group wowing themselves gently with ropes. There is an immediate sense of sisterhood and community felt from Guerrero’s photographs. Immersed either in nature, public space or clean white studio, female presence is suddenly all-encompassing. 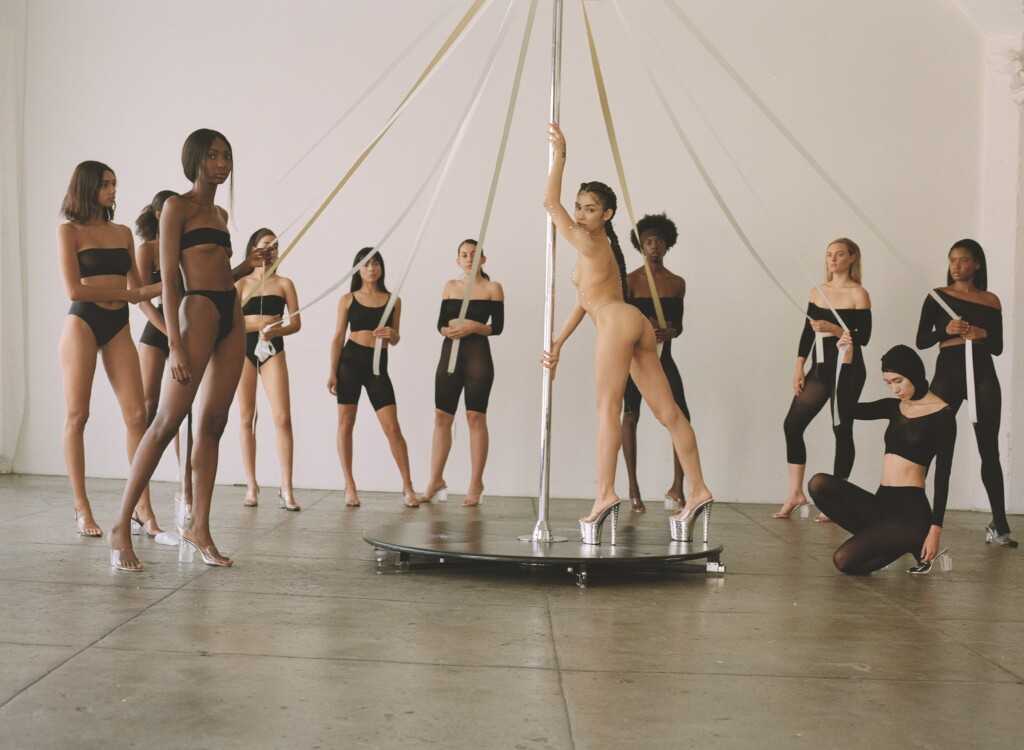 Guerrero also elaborates herself on the creative process in the introduction of her book: “When I bring women together in one place and photograph them, I am creating new organisms, a surreal projection of my mind, an invented, new animal composed of bodies which feed back into themselves, as if each woman were an organ or a cell that, by joining the others, makes up a whole being.” This established singularity among women reflects a love for one another despite differences. Nudity, in this case, is not a subject of voyeurism but rather a form of a natural state allowing for these close connections to happen.

Inside the book can be found written contributions by Leticia Sala, Rupi Kaur, Alejandra Smits, Rosalía and Paloma Lanna – all reflecting on the close bond with the artist and her unique artistic vision. Reading through the texts alongside browsing through Guerrero’s photographs turns the viewing into a collective experience where all elements seem to fall into each other like a puzzle. A radiating wholeness of sorts. 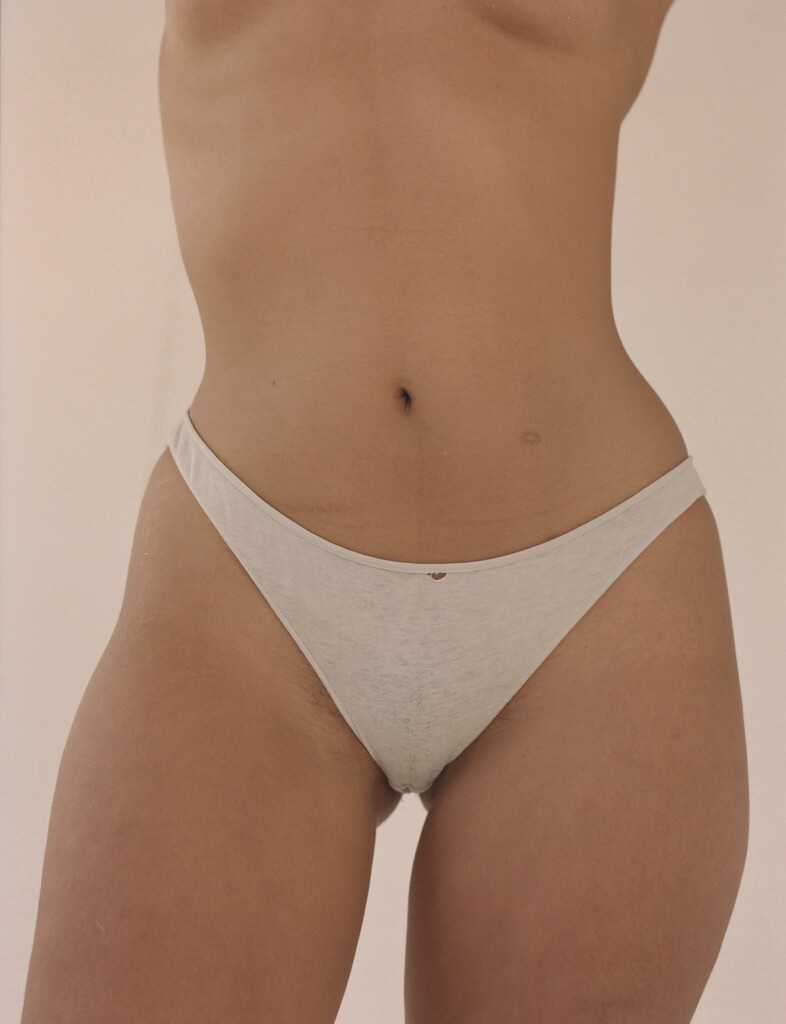 Transcending time and space through her otherworldly and faerie imagery, we enter Guerrero’s alternate universe. The captured femininity is honest and empowering, futuristic and utopian. As she reflects herself: “My body is the body of a woman, and, in the bodies of other women, I find a union, a fractal, an organized composition of similarities that make me feel I am where I need to be, as if, within the chaos, we were creating a small order.”

‘Tengo un dragón dentro del corazón’ is an explosion of confidence, body positivity, mysticism and electric female energy. Simply put, it is a refreshing and welcomed contribution to the new canon on femininity – exploring womanhood beyond the male gaze. 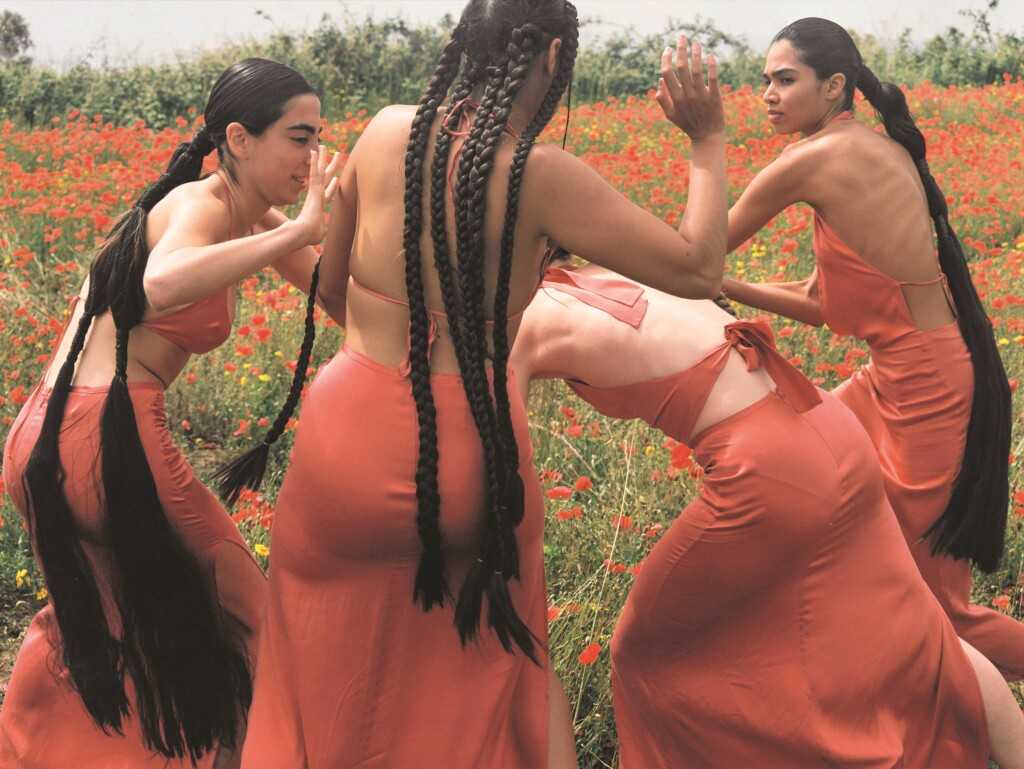 Carlota Guerrero has risen to photographic stardom after she shot an iconic portrait of singer Solange Knowles for her album ‘A Seat at the Table’ back in 2016. Throughout the years, she has been collaborating with powerful women from different fields, including poet and artist Rupi Kaur, model Naomi Shimada and Madonna’s daughter Lola Leon alongside working for top fashion brands like Dior, Givenchy and Nike. Formerly, she studied psychology and communications and only later in life found her passion in imagery. The self-taught photographer is currently represented by the photographic agency WeFolk for her commercial work and by Miquel Alzueta Gallery for her artistic projects.