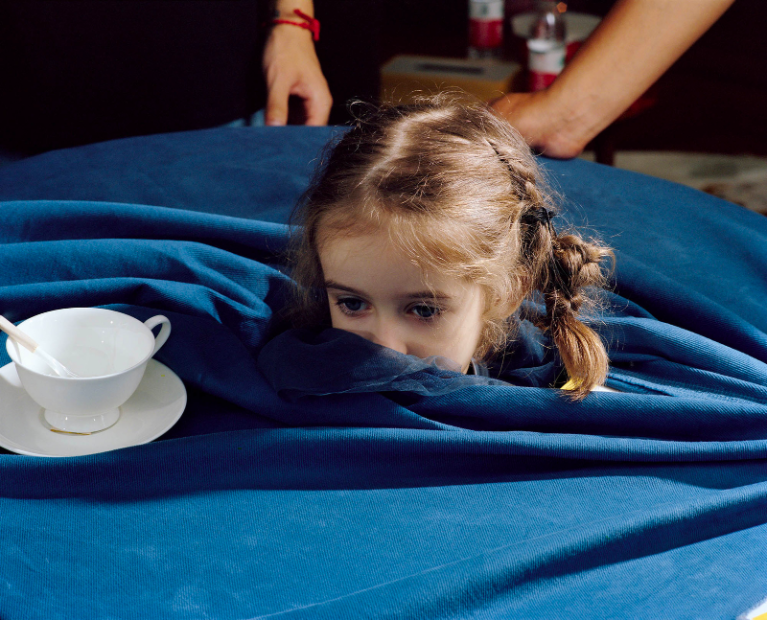 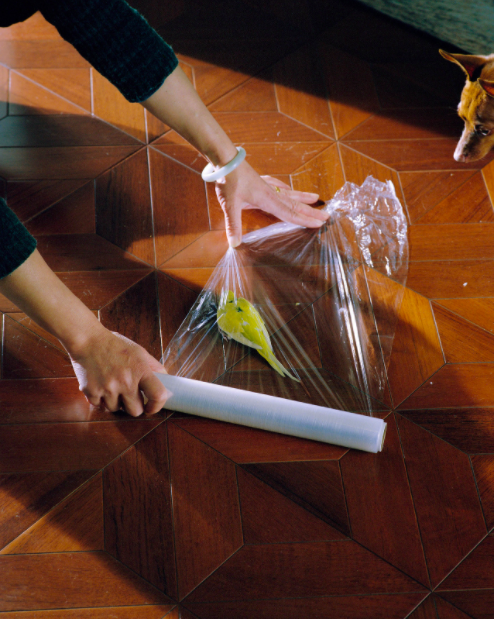 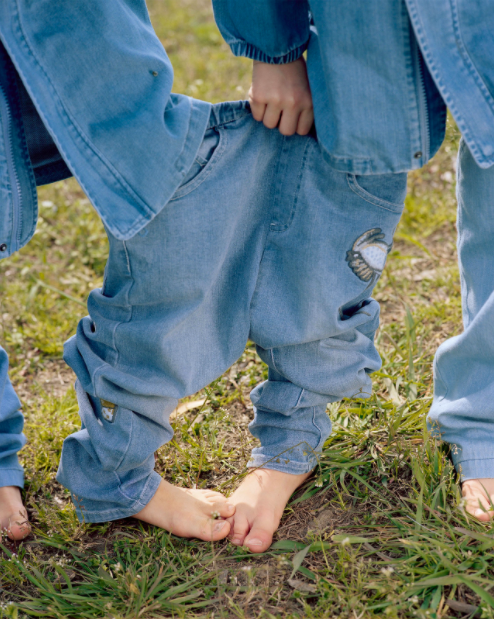 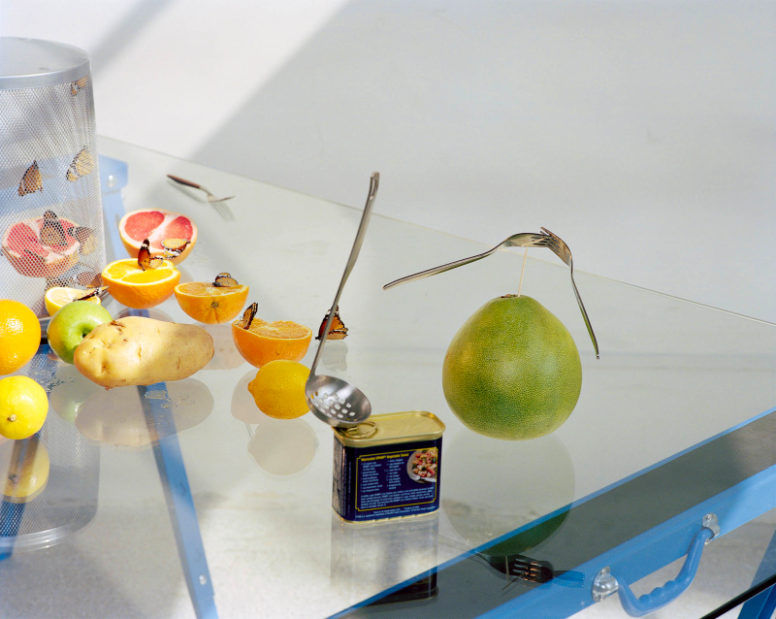 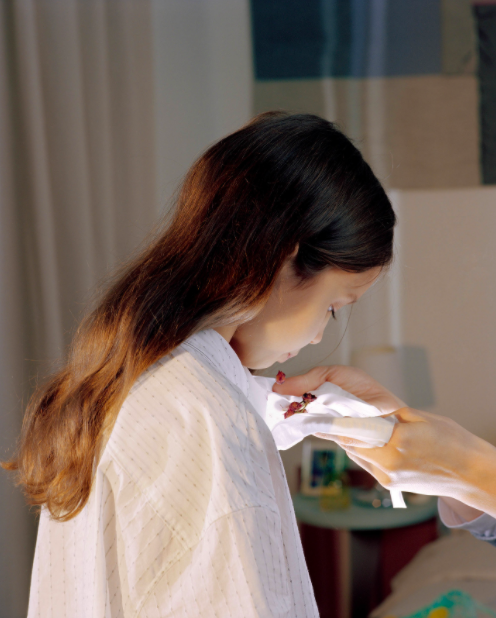 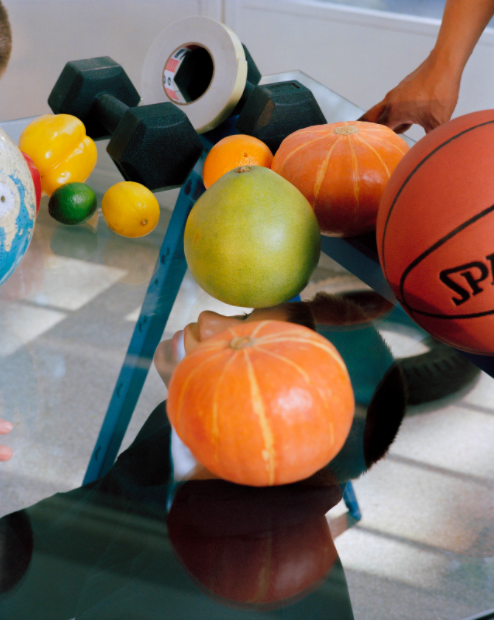 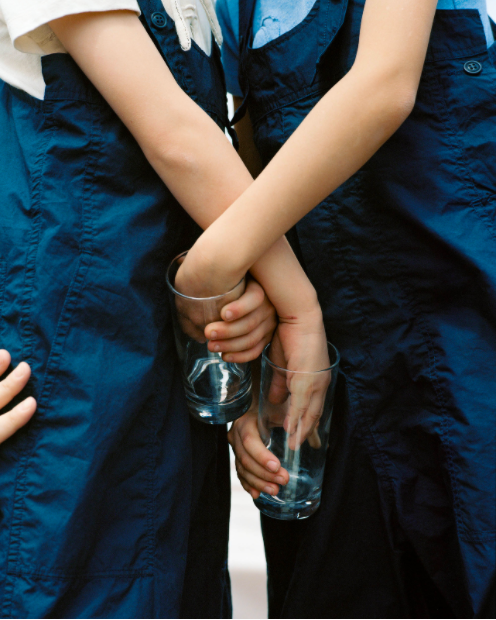 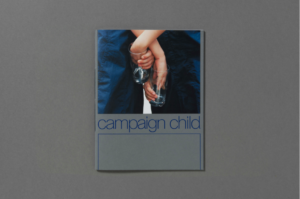 Campaign Child by Chinese artist Xiaopeng Yuan (b. 1988, China), a Shanghai-based photographer, immediately takes off with confronting and rather absurd images: a breathless canary bird crushed down with a clean film on the floor; a hospital bed dripping with liquid; children sharing the same pair of jeans; a girl spitting something out while the adult hands are holding a white napkin in front of her. And the most surreal thing of it all: nothing has been staged.

All are real behind-the-scenes pictures, extra photographs taken at commercial photoshoots of Chinese kidswear brands. One other remarkable aspect: these are white and blond children and American settings – indicating a strong influence of Western Capitalism on the Chinese fashion industry.

For Campaign Child, Yuan found inspiration from his earlier work: his commercial photographing for various Chinese brands. The images in this book – produced in a calm pastel palette – have something weird and uncanny about them. The innocence of a child combined with the cold leery gaze of advertising is what makes it all so familiar yet uncomfortable – and with that, Yuan manages to make the viewer arrive at a confusing if not opposite ‘feel’ when compared to more straightforward advertisement imagery.