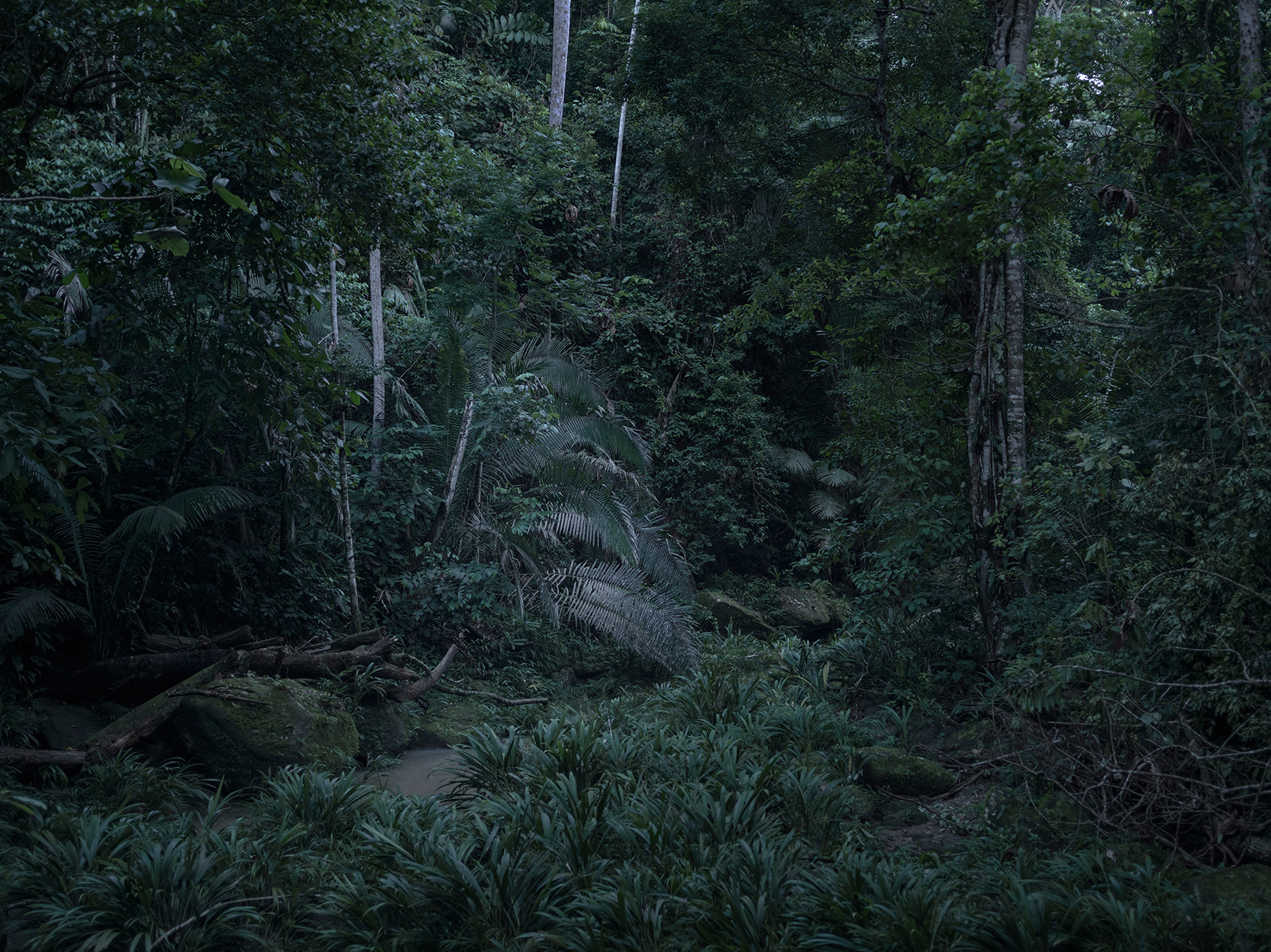 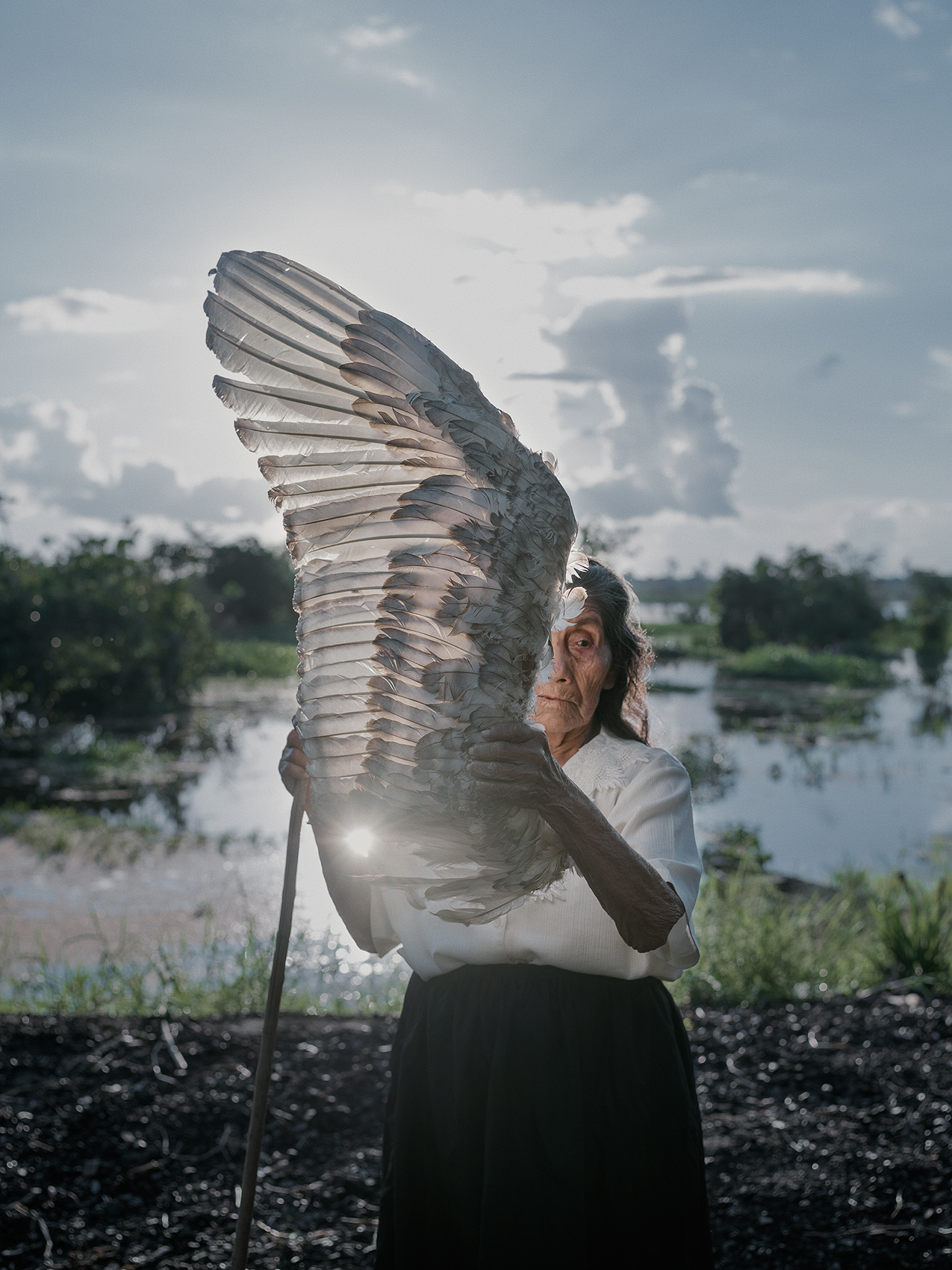 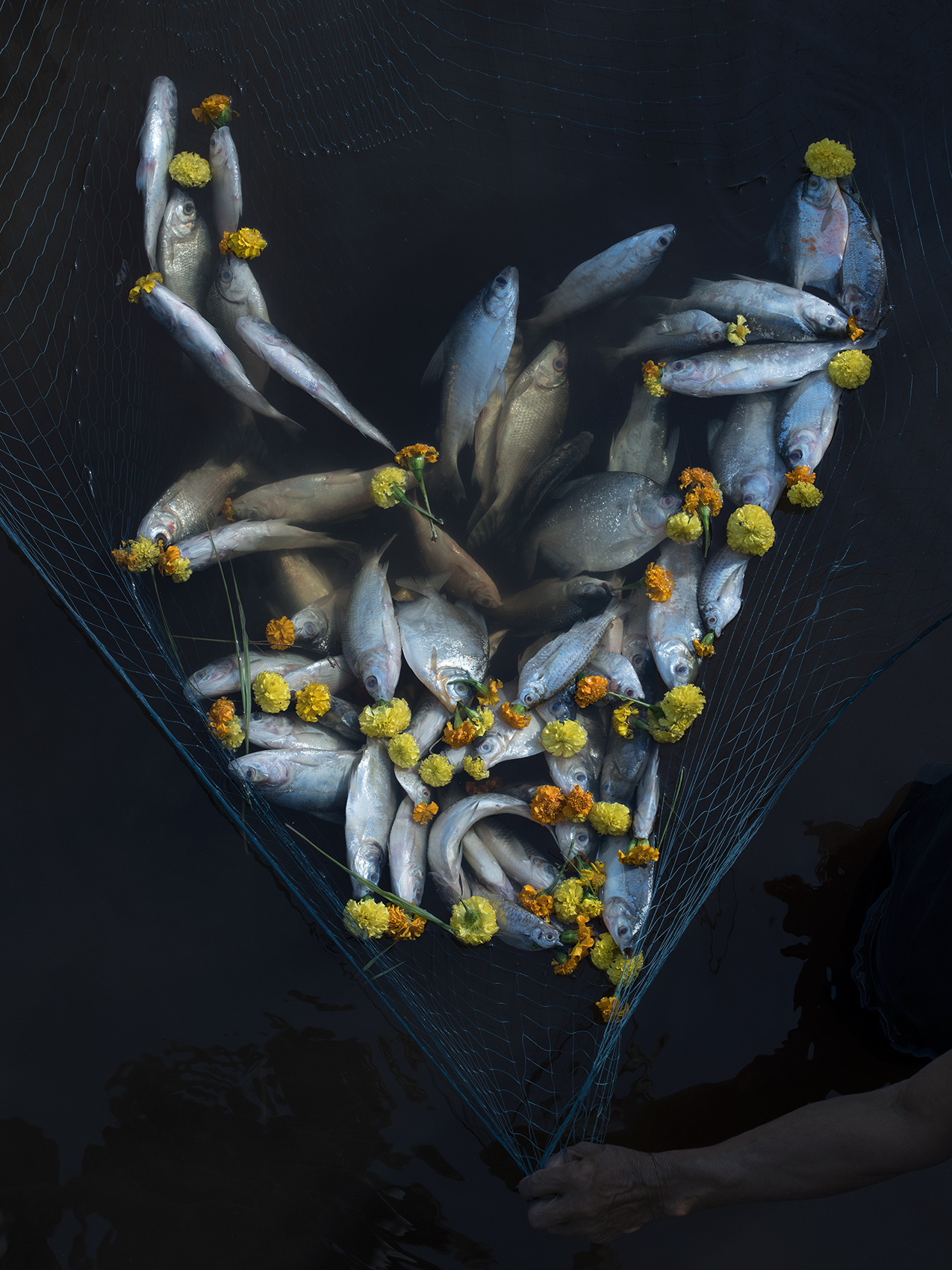 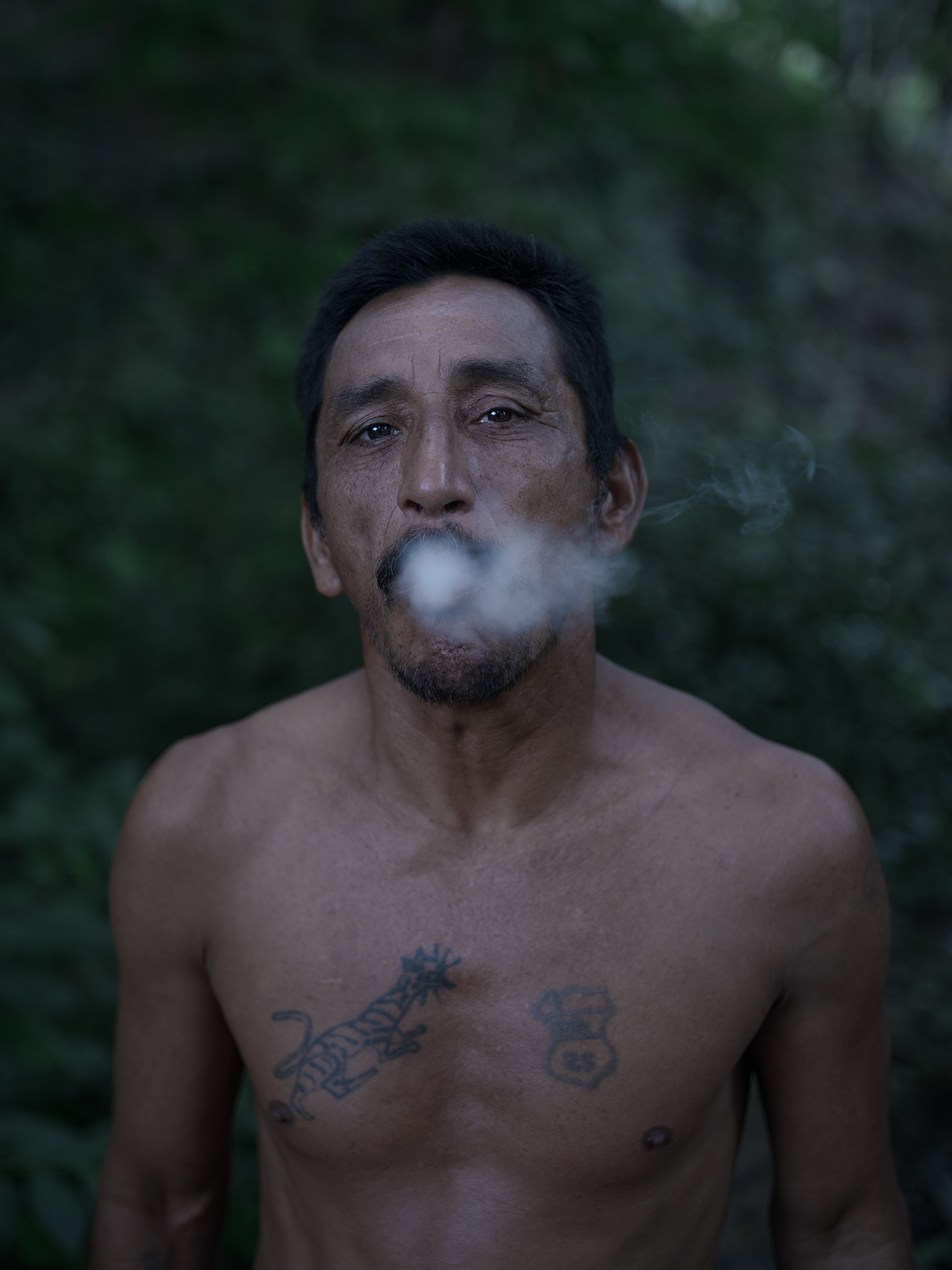 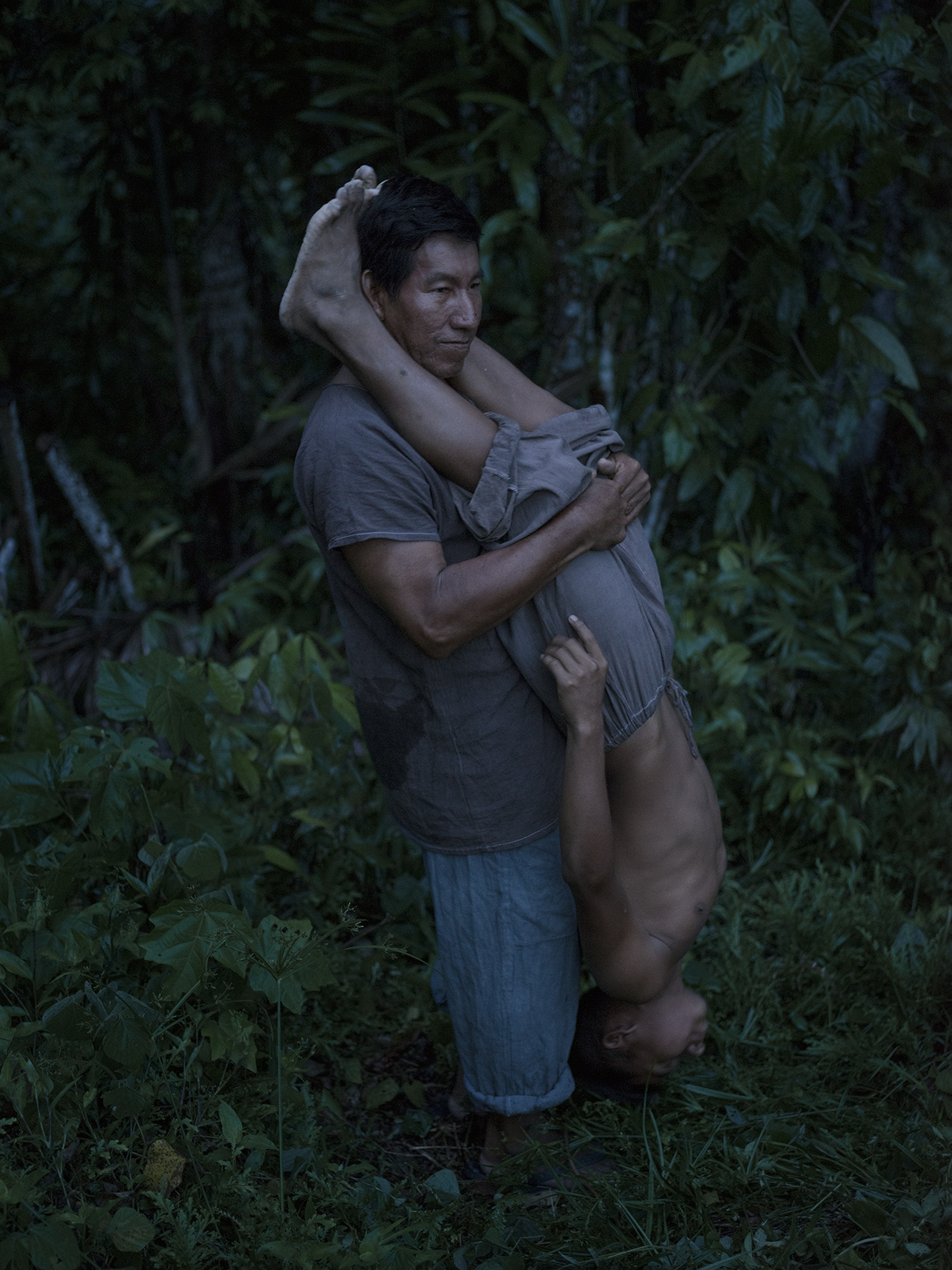 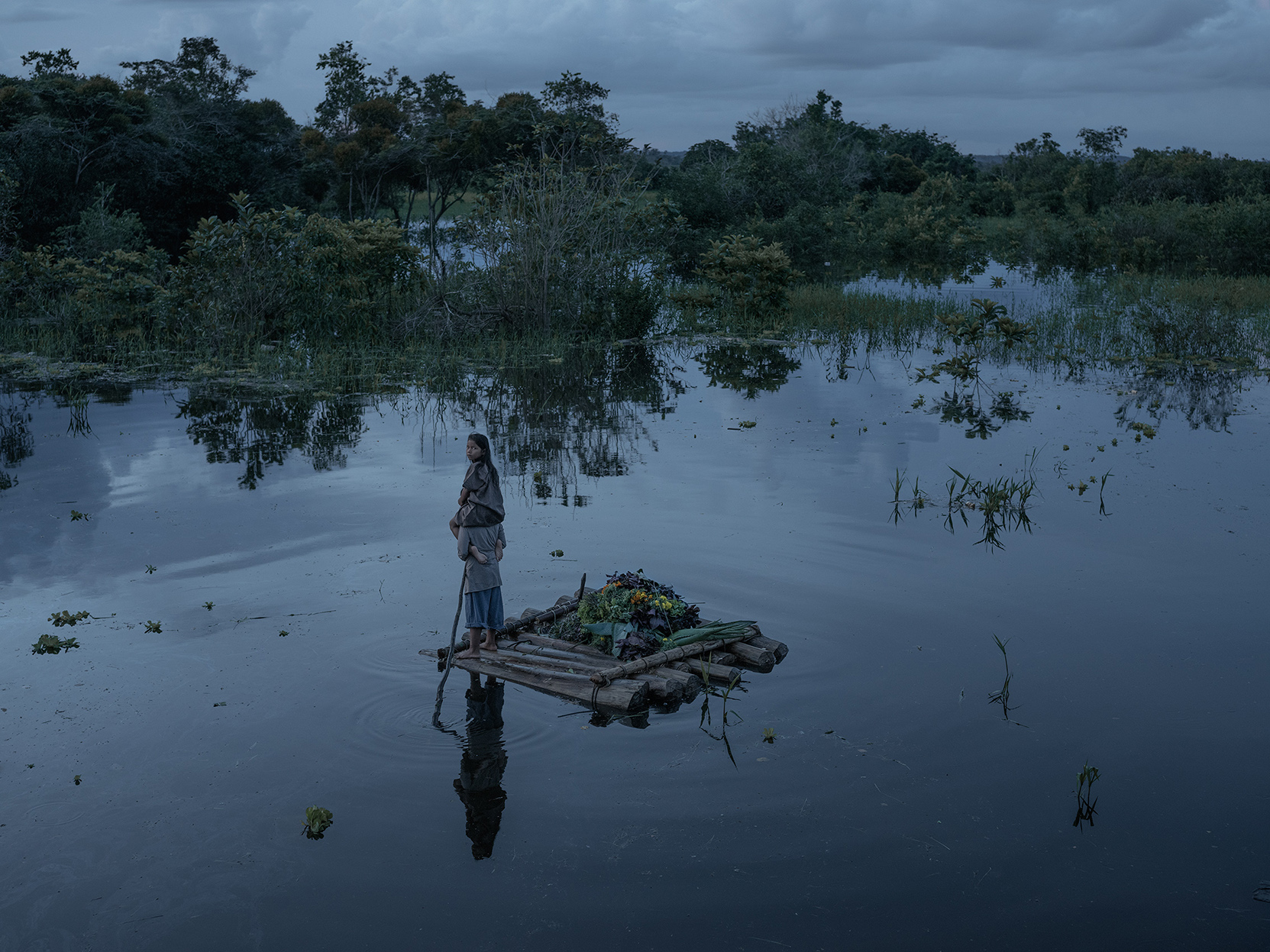 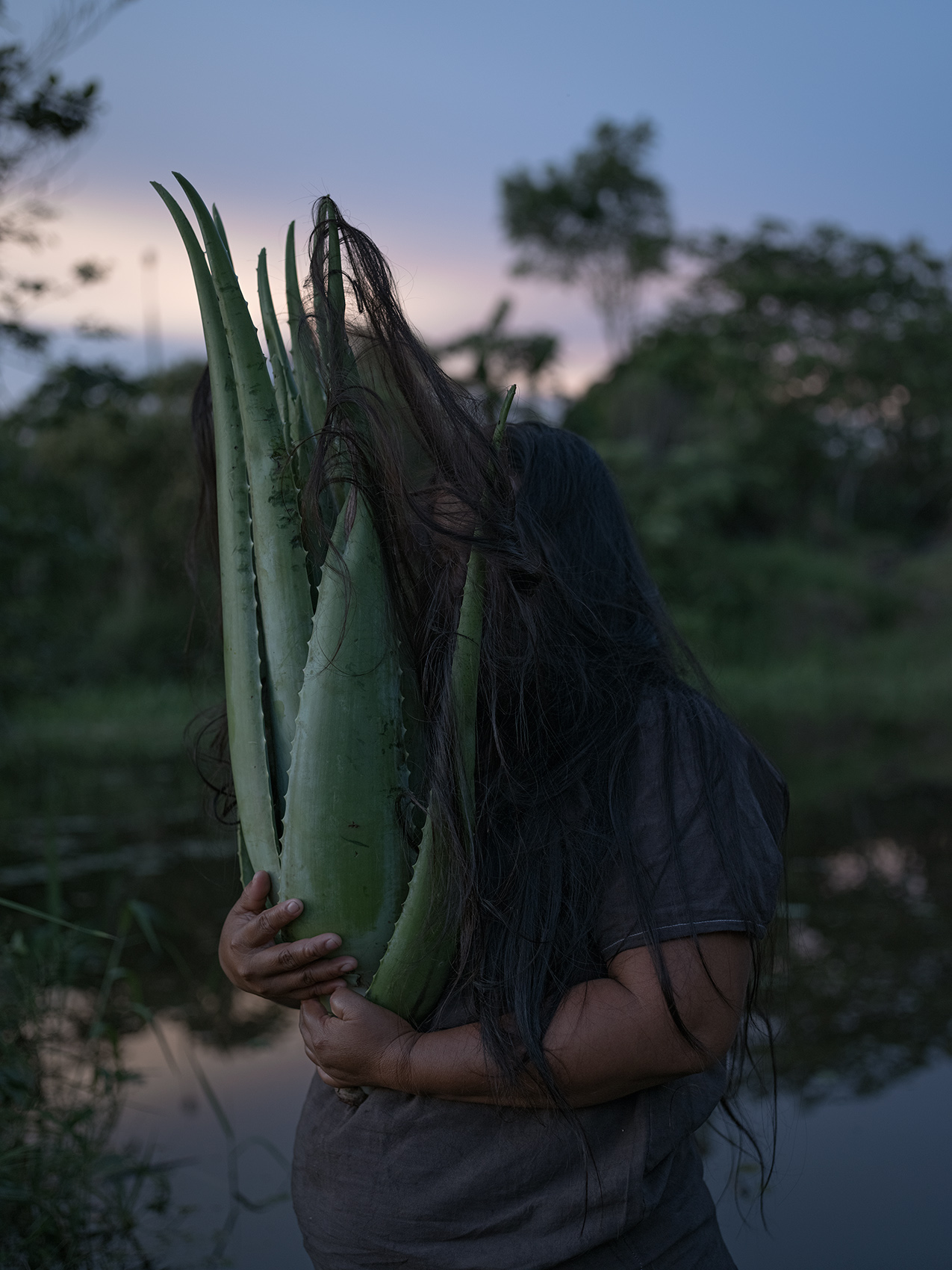 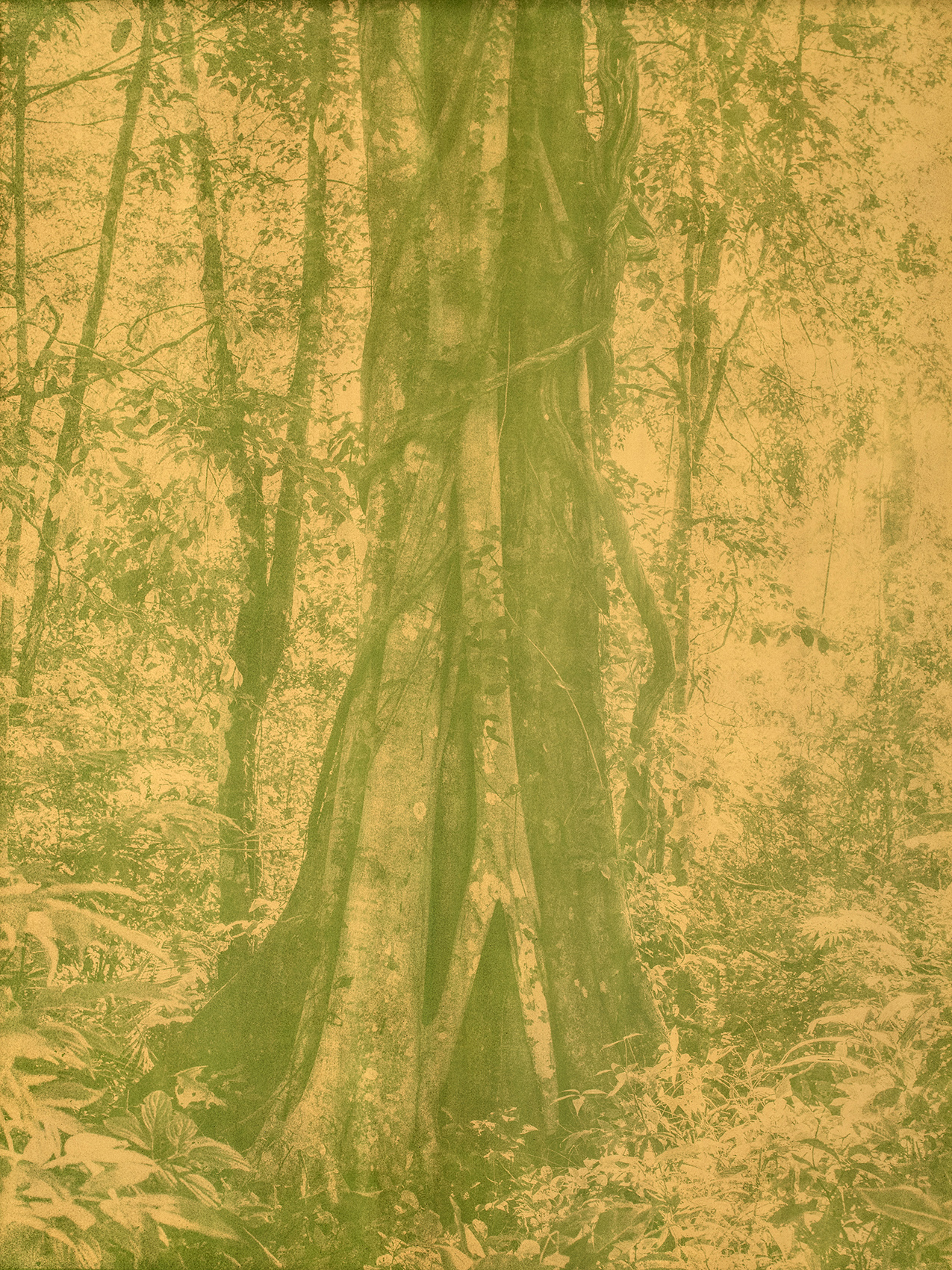 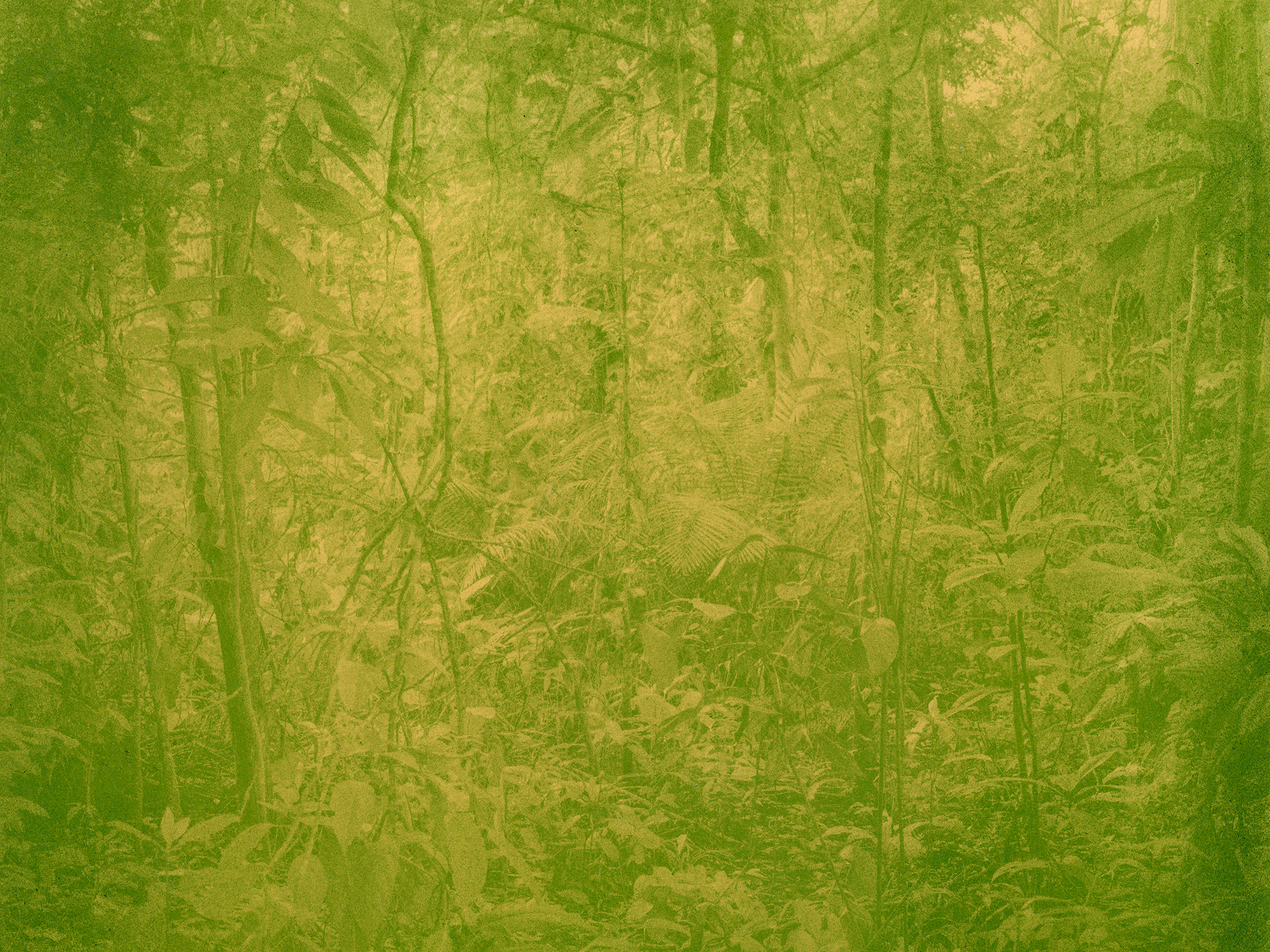 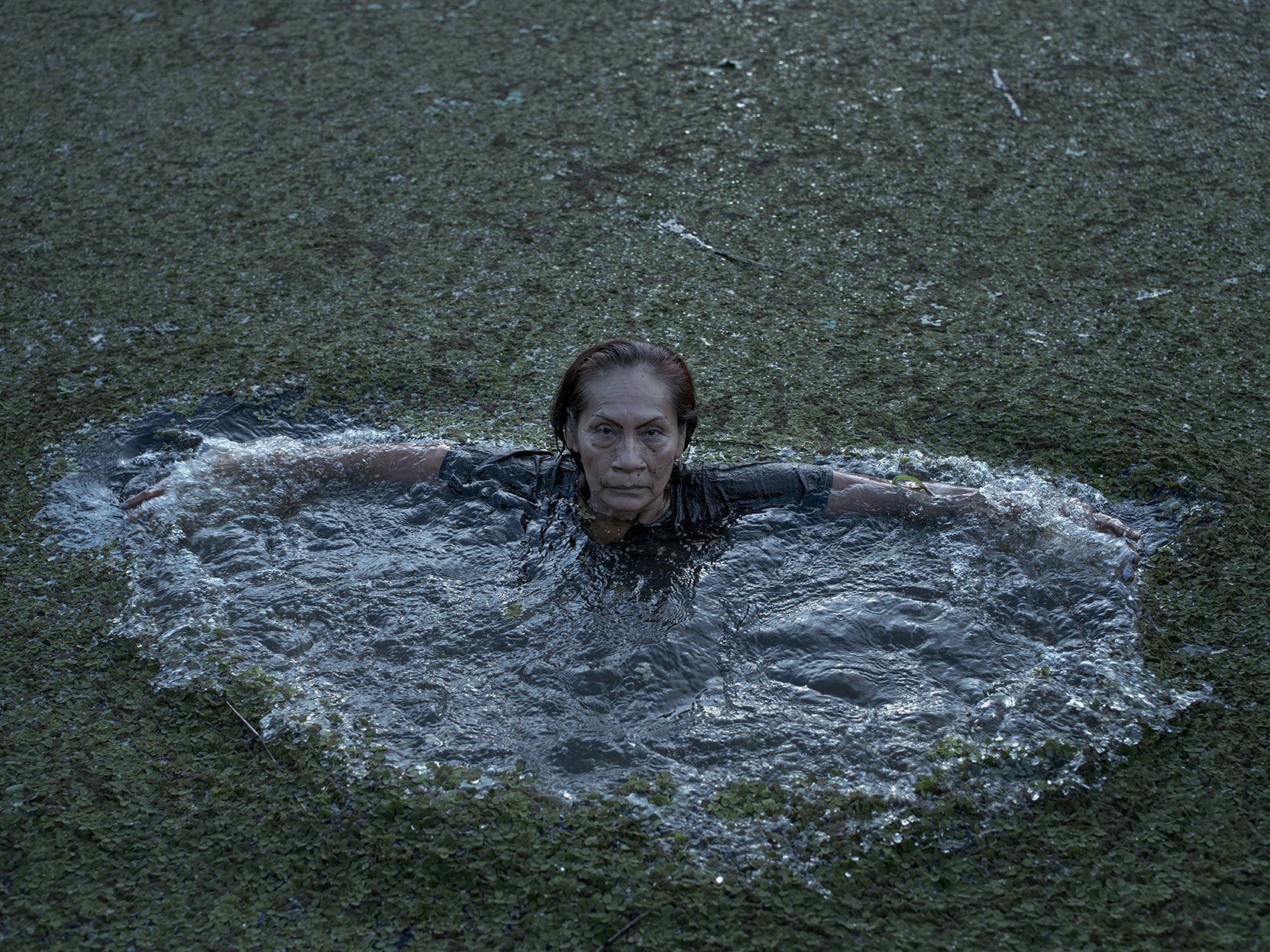 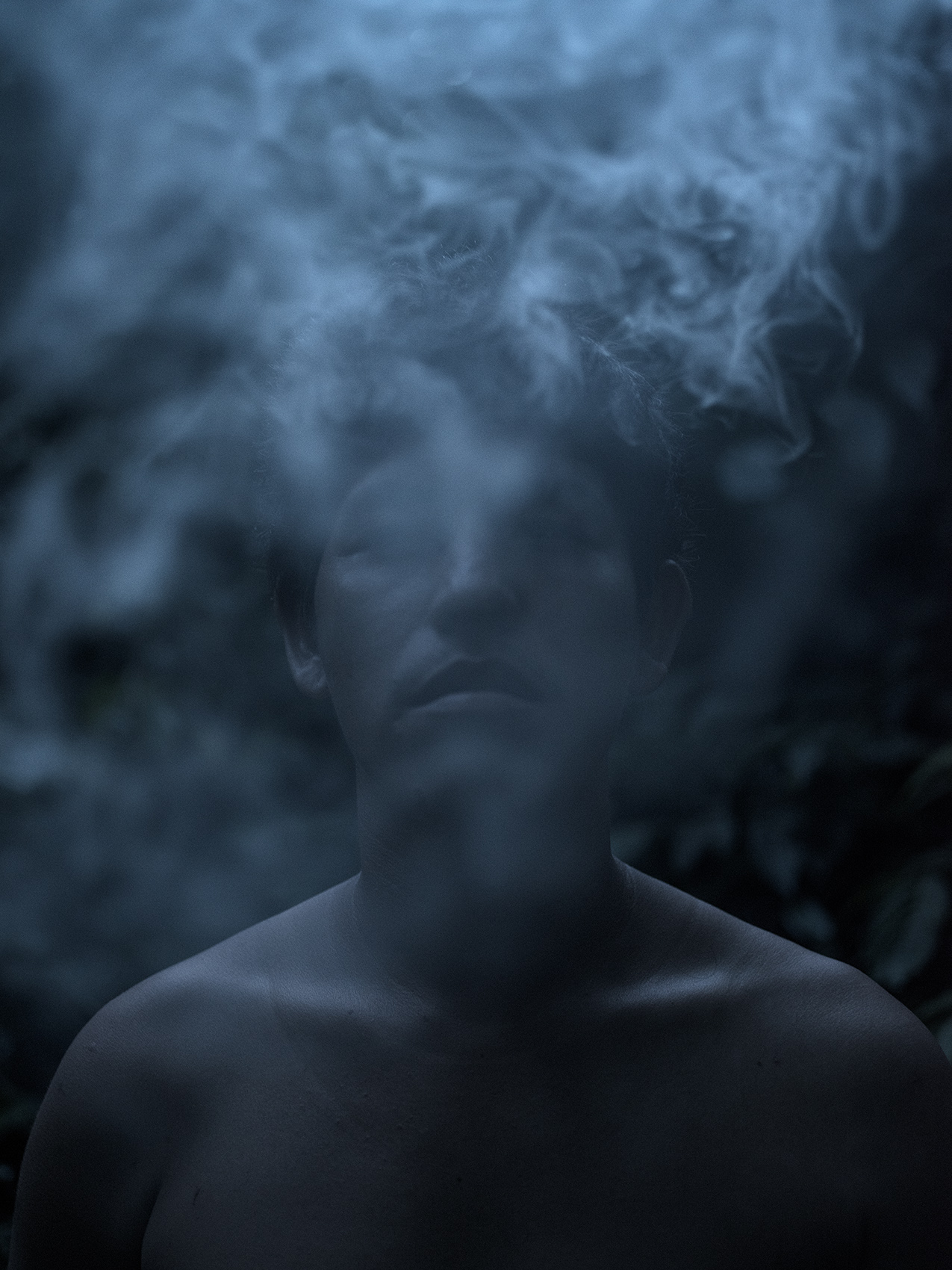 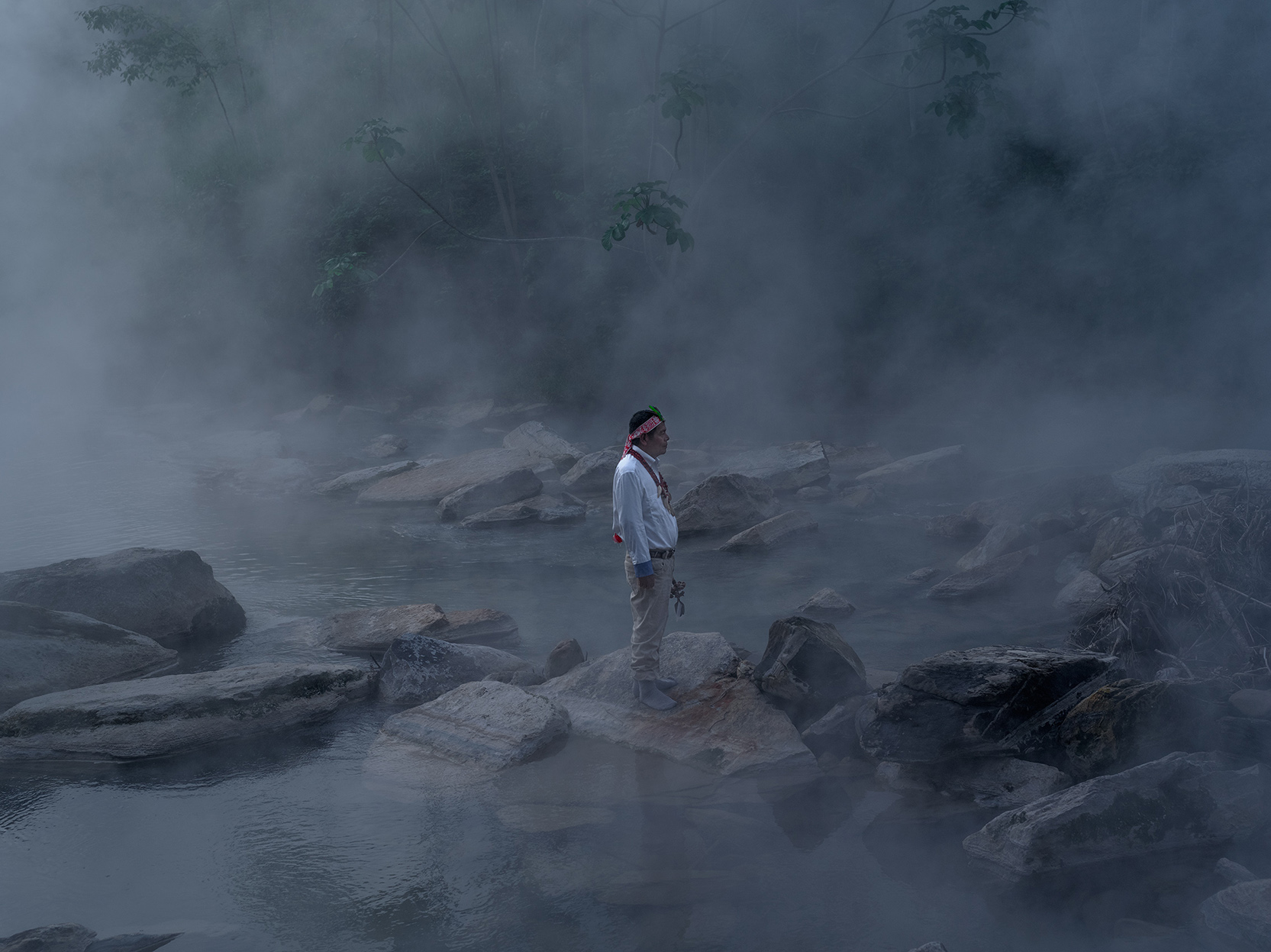 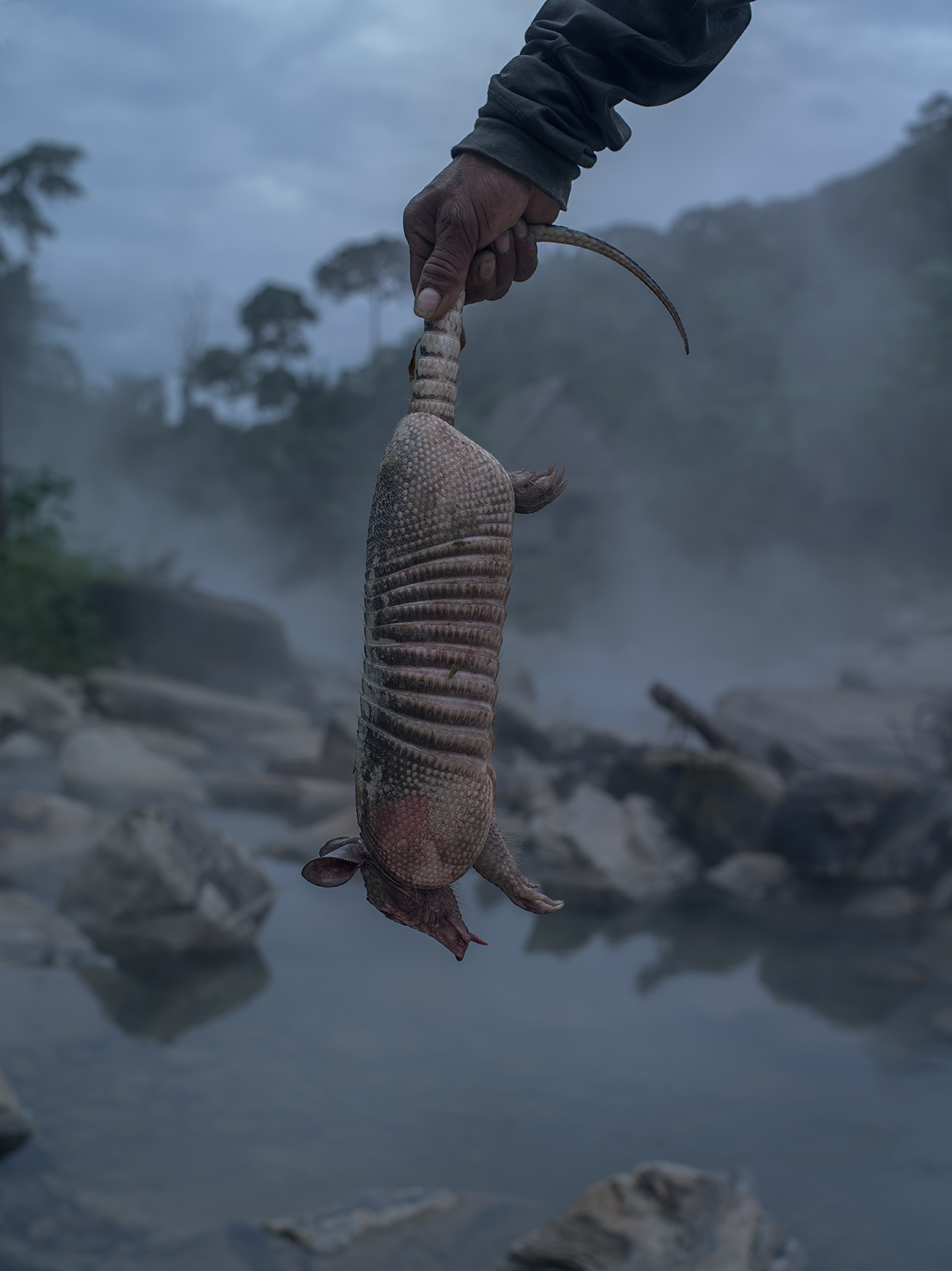 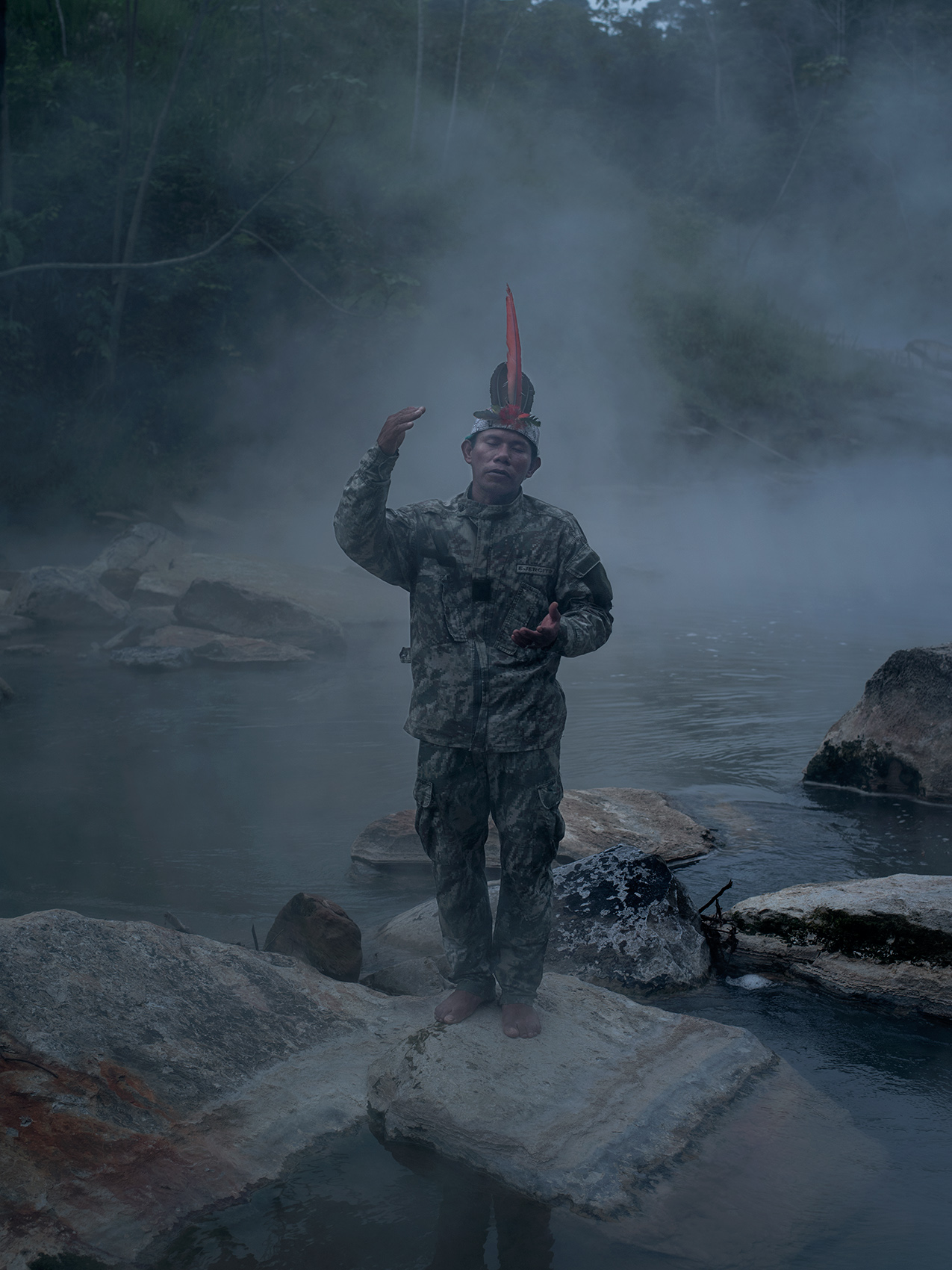 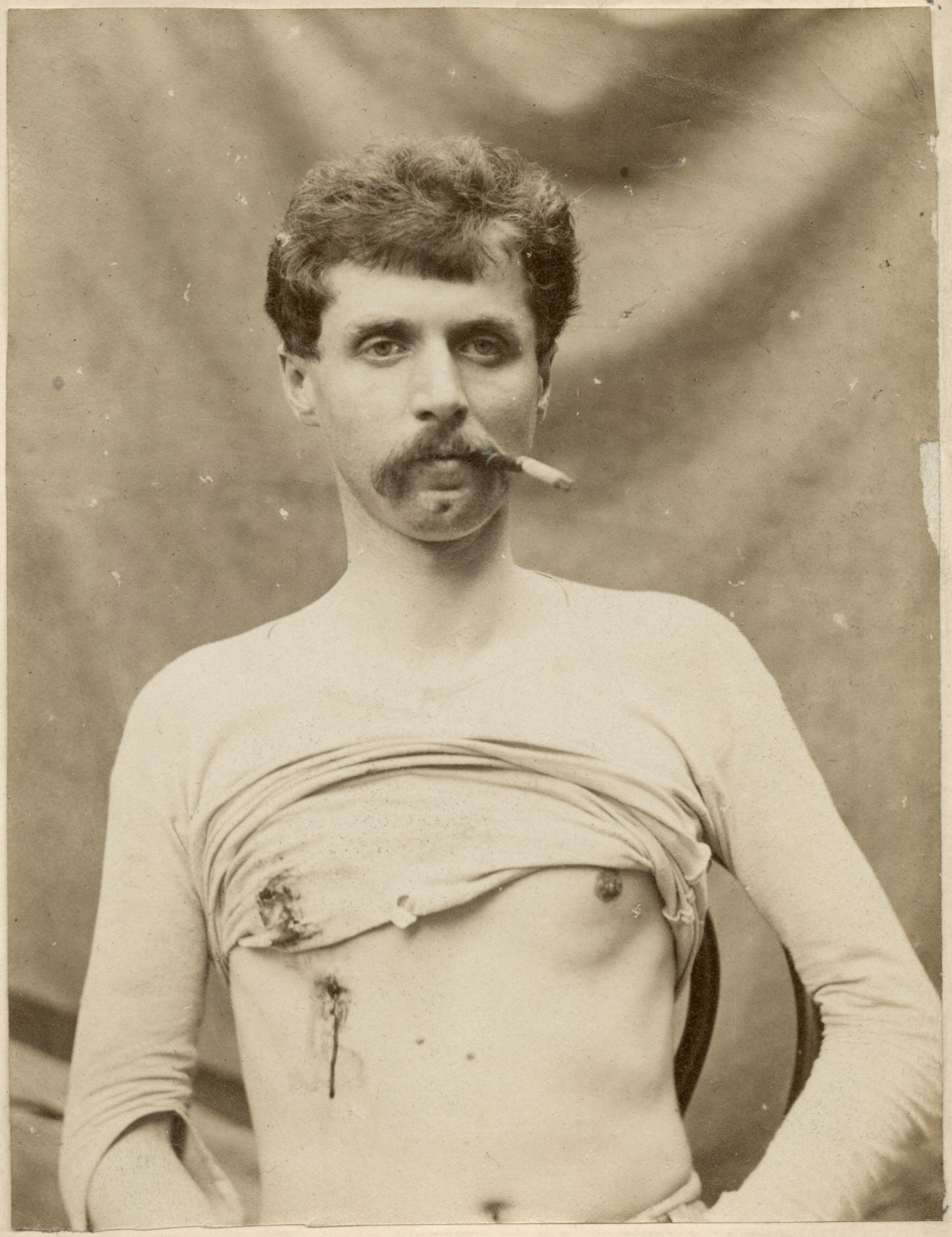 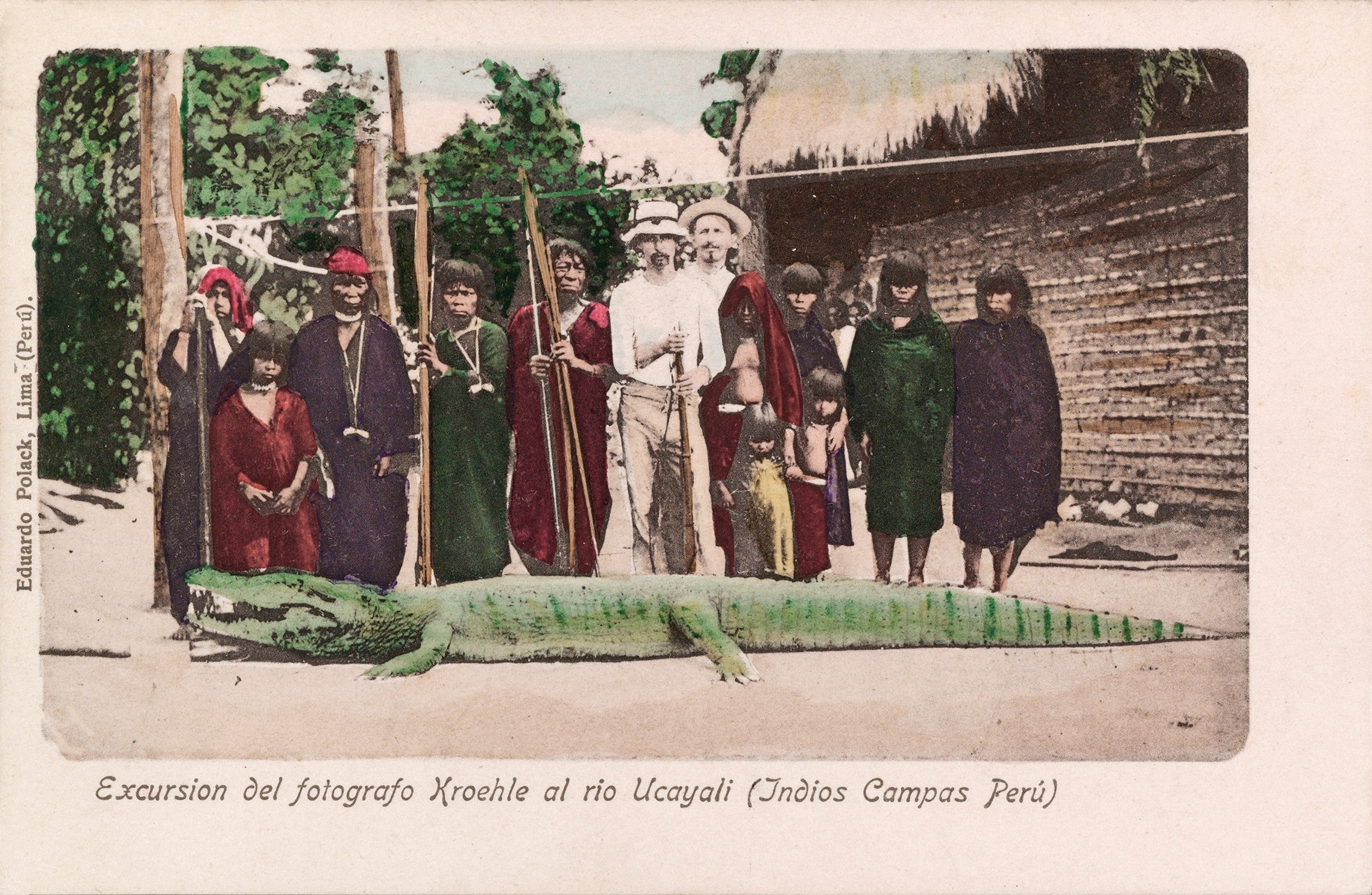 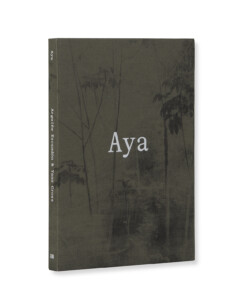 Arguiñe Escandón (b. 1979, Spain) and Yann Gross’s (b. 1981, Switzerland) recently published their book ‘Aya’ (Editorial RM) follows the path of their predecessors to capture the Peruvian Amazonia. The collaboration started in the summer of 2016 with Escandón sending a postcard to Gross. The card shows a group of indigenous people with two Caucasian men standing in the centre and in front of them lies a dead crocodile as a trophy. Jokingly, Escandón wrote on the back: “I hope you don’t end up like him.” Intrigued by this postcard, Gross started searching for its history and found out that the two white men captured on the photo are Charles Kroehle and George Hübner – 19th-century explorers and photographers of the Peruvian Amazonian jungle and its people. 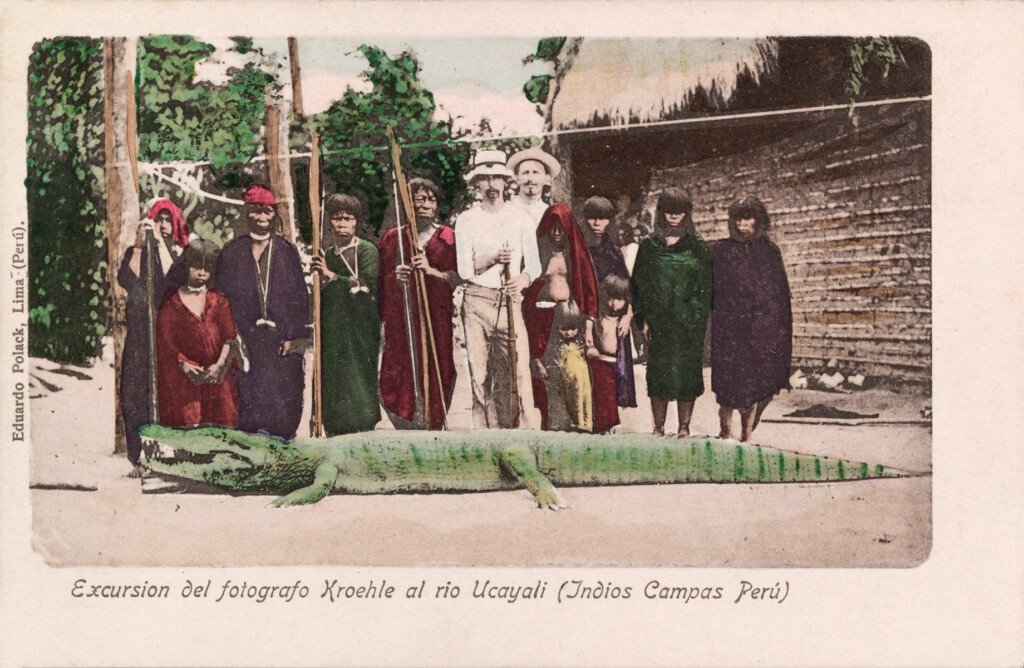 Kroehle and Hübner’s legacy of providing information and documentation of such remote location is undeniable. However, their approach of portraying Peruvian Amazonia as a site of fantasy resulted in the exoticization of the place and its people. The photographs that these explorers made at the time were mainly consumed as postcards but additionally served as illustrations for numerous publications about Peru. Aware of their imprint, Escandón and Gross visited the jungle with a different approach – that of immersion instead of differentiation.

Up until today, the exact death of Kroehle is unknown, but a legend says that he was struck by an Indian arrow in the middle of the forest while other sources claim he got lost and never returned. Some say that his Aya, or his ghost, is still present and wanders along the banks of the Amazonian rivers. 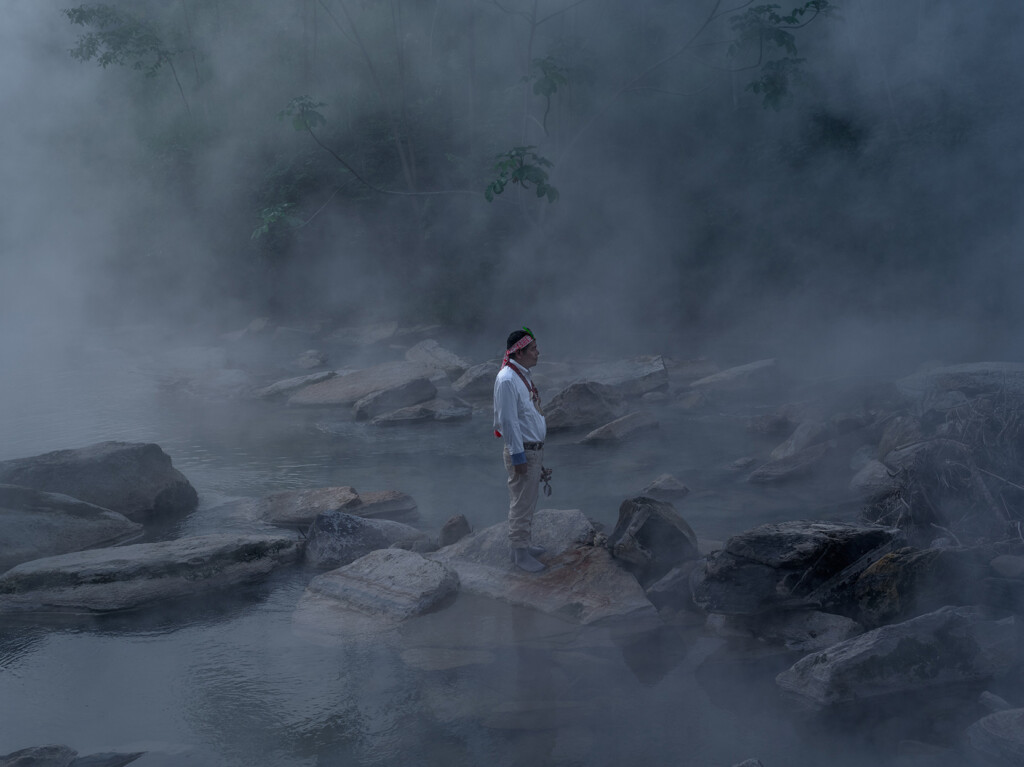 ‘Aya’ provides a submerged insight into the jungle’s vegetation, shamanic experiences and photosynthetic processes of photography. The book opens with the postcard that initially started the collaboration between Escandón and Gross. It includes numerous inserts featuring Kroehle’s letters, information about Amazonian plants, their medical purposes and a middle section dedicated to photosensitive prints. 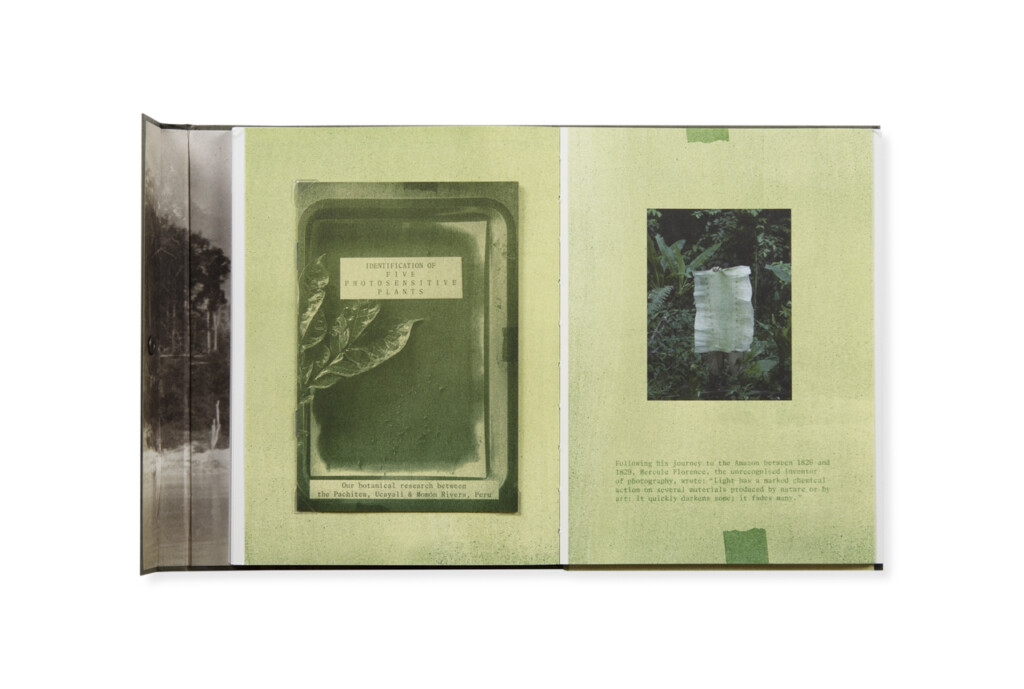 In terms of imagery, the archive is intertwined with contemporary photographs, allowing for an intense sensory experience where the past and present interplay. The contemporary imagery is atmospheric, captured in dim blue and green tones while Kroehler’s large format analogue portraits of indigenous people are stuck on top. This combination further emphasizes human connection with nature – as if the spirit of the people captured in the 19th-century photographs is still luring over the forest. Additionally, Escandón and Gross portray the indigenous rituals in nature and the animals that live in the jungle. 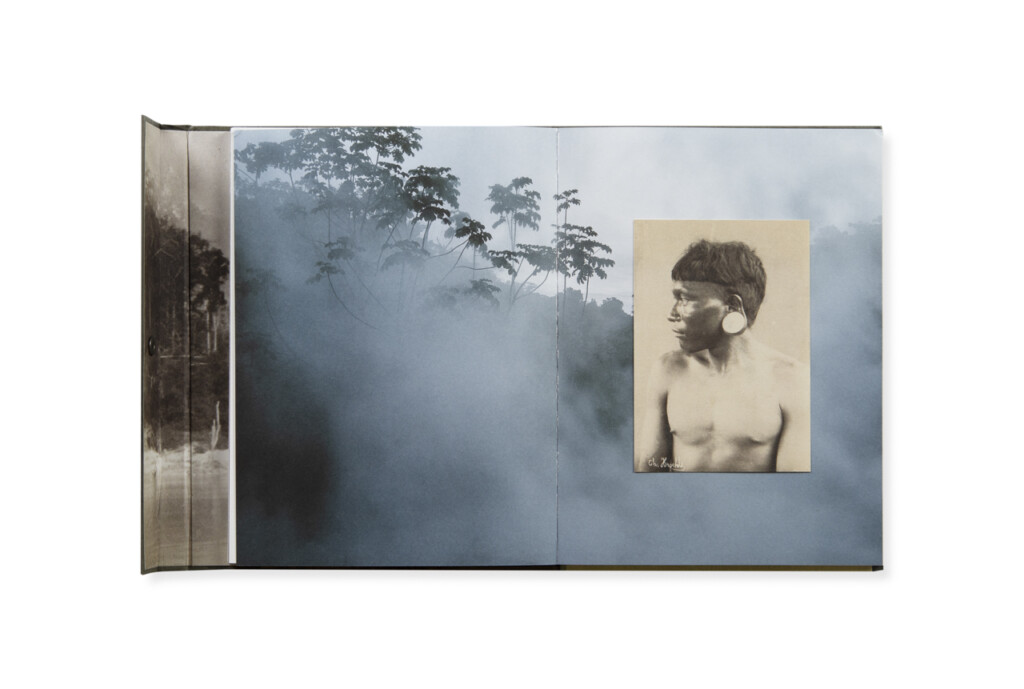 ‘Aya’ is a unique publication that reflects an anthropological approach based on participation – shedding light on the Peruvian indigenous culture, its history, plants, spirits and massive destruction. It provides a breathing space, a form of an escape and introspection about our way of being. This feeling evoked from the publication illuminates a path of understanding, and not of conquest – as was communicated in Kroehle and Hübner’s work. Escandón and Gross rather capture an ecosystem in balance that is nevertheless transient due to society’s ongoing conquest for natural resources found in Amazonia. 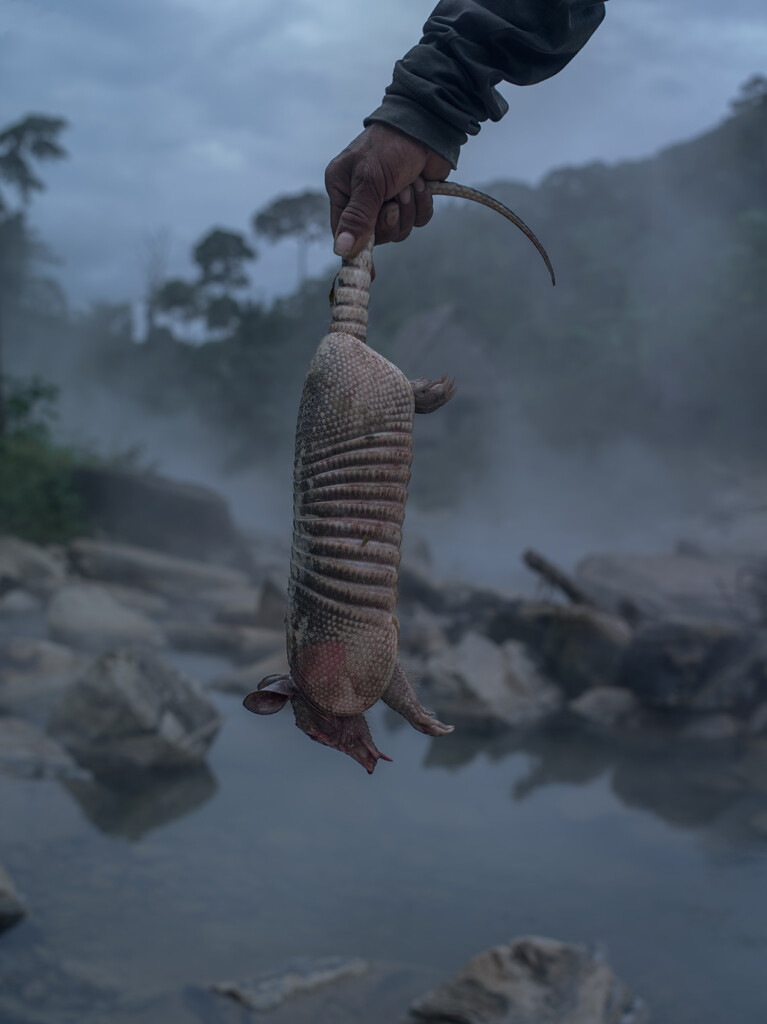