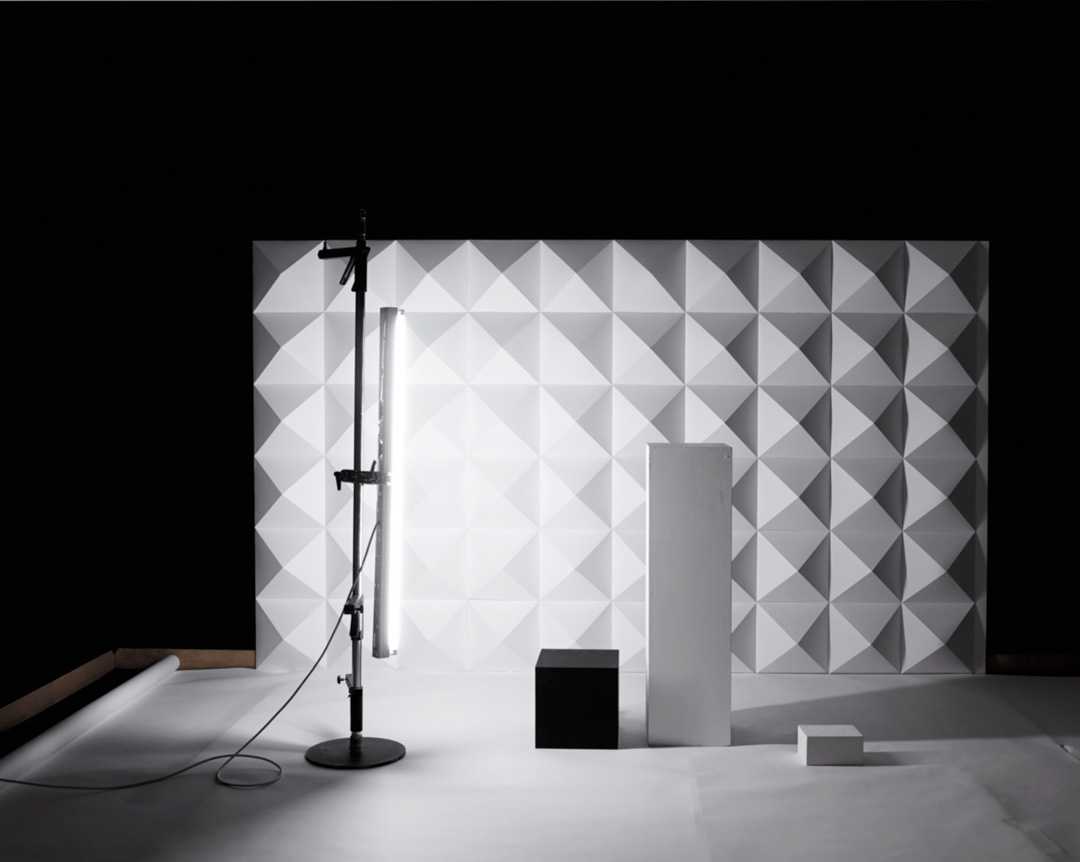 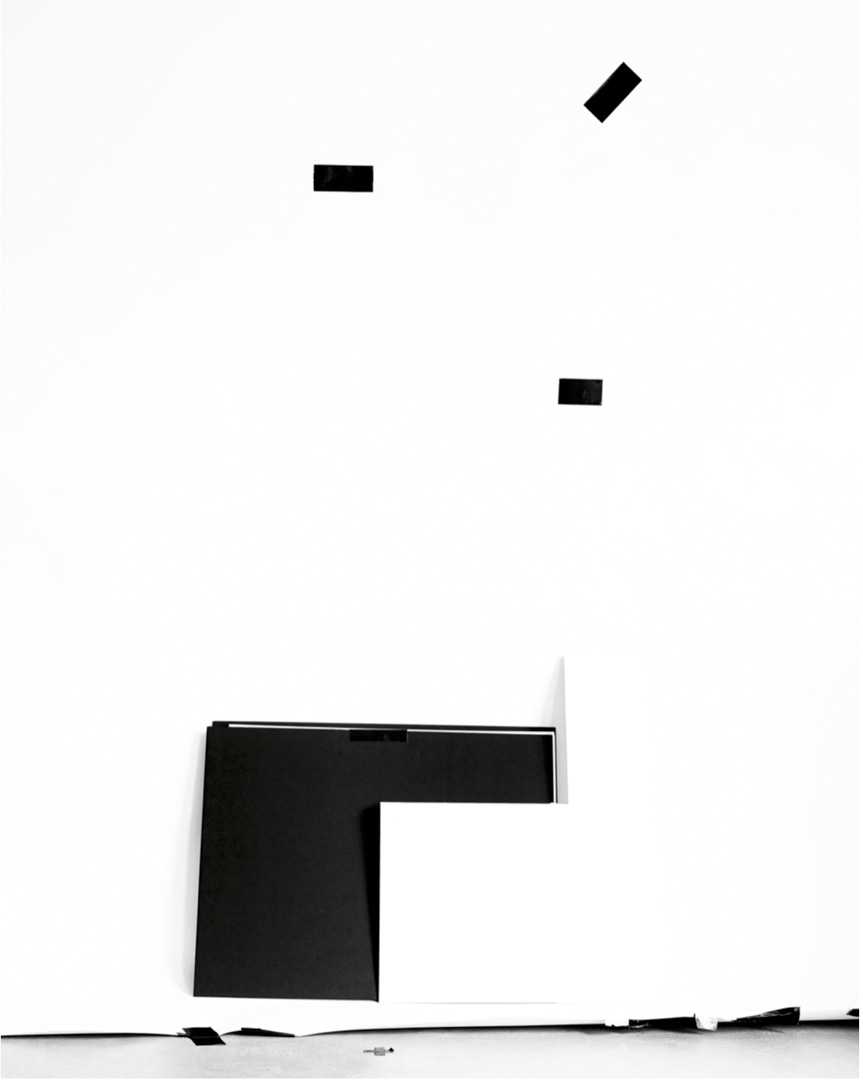 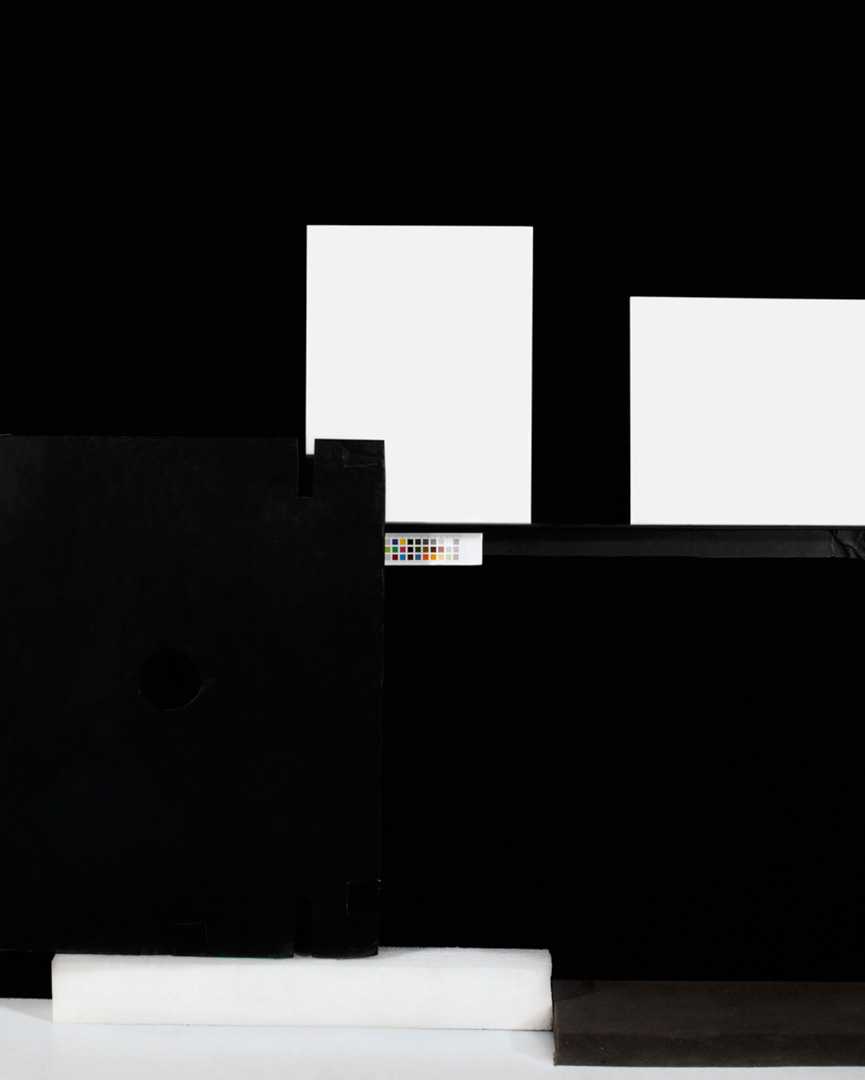 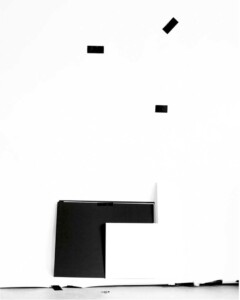 Precise stages are set, with backdrops and lighting, yet the main attraction is nowhere to be found. In French photographer Marina Gadonneix’s book After the Image, we see a series of 29 colour photographs that each depict the formal shooting of artworks. However, given the notable absence of the subject of these photoshoots, we as viewers are left to mentally reconstruct their presence based on the stage set up on their behalf. The sets, created with the typical cleanness of solid black and white surfaces, are starkly minimalist, which Gadonneix emphasises in her imagery, the results approaching geometric abstractions. The real subject of the series becomes the artistry behind being invisible; these meticulously planned and constructed sets are meant to confer all attention to the ‘real’ artwork.

After the Image was included in the books section of GUP#48, Mixing it Up.