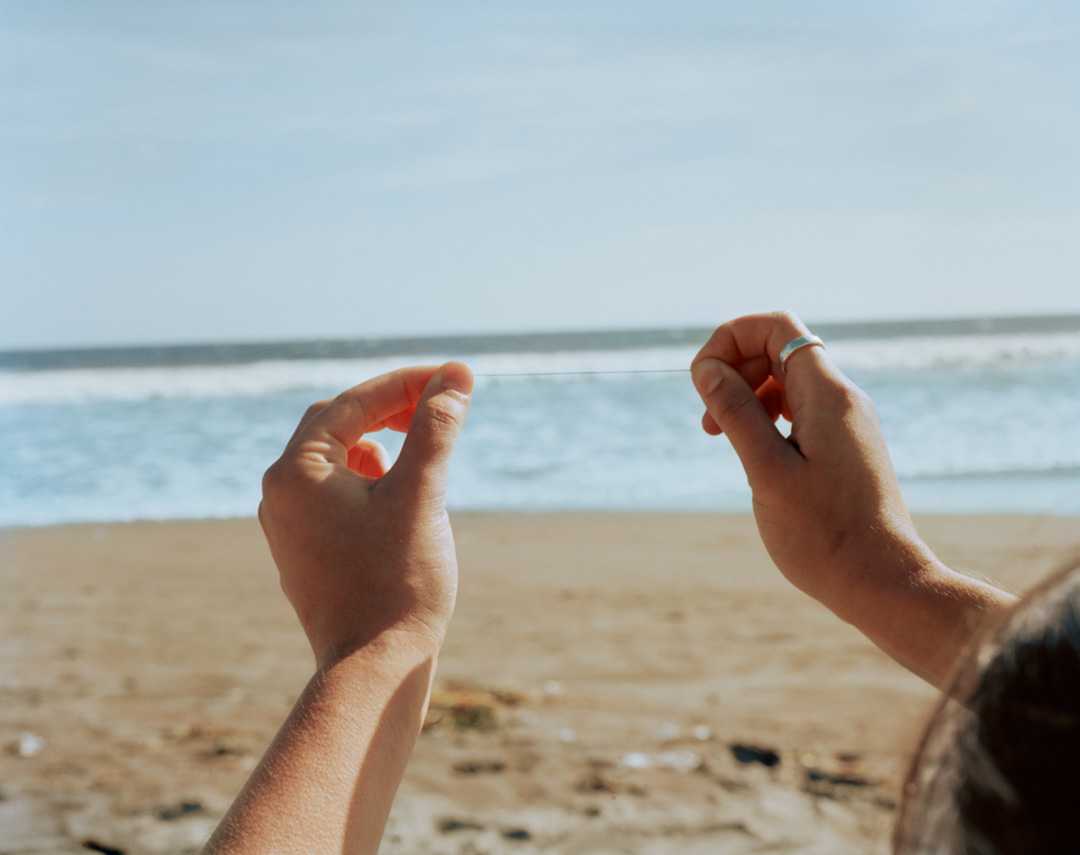 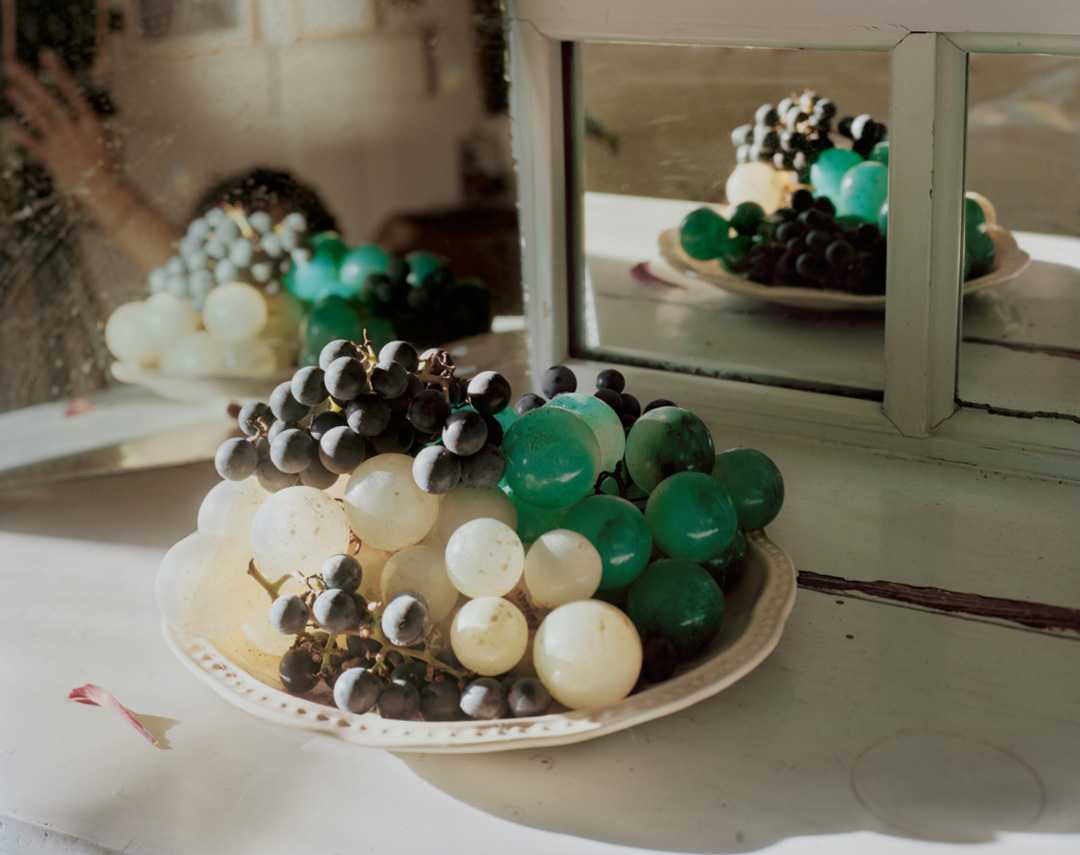 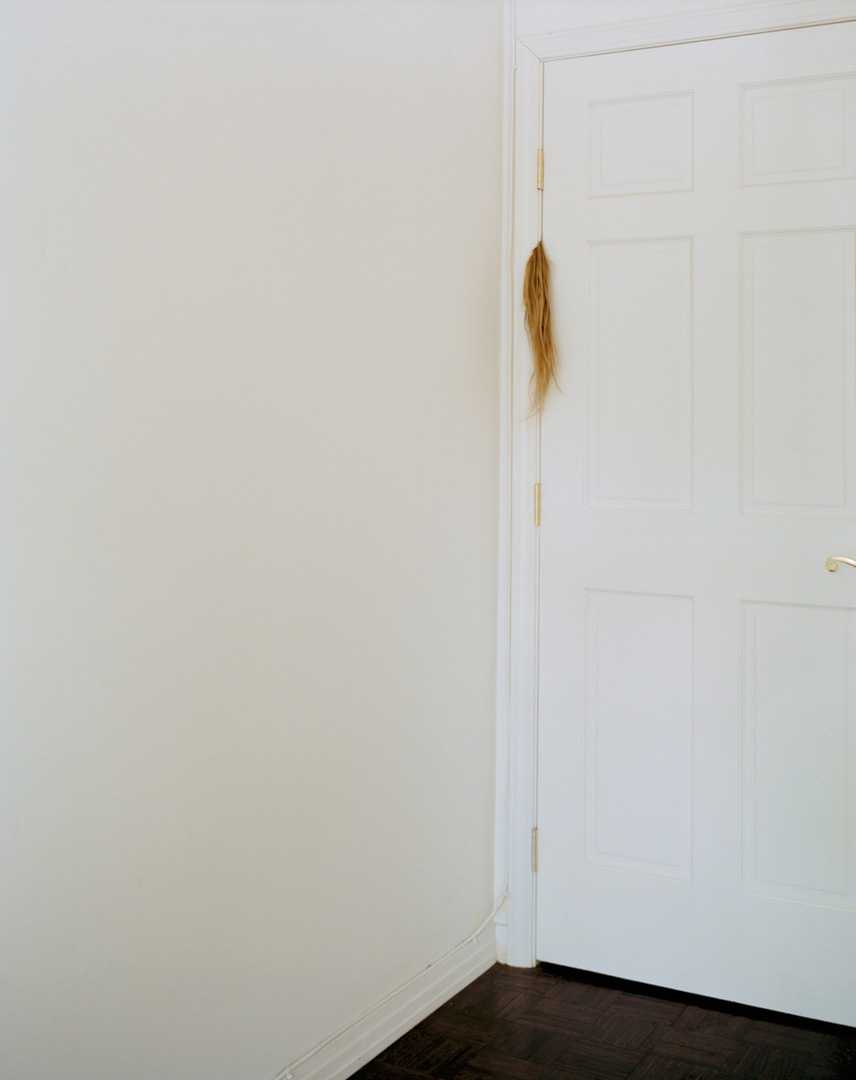 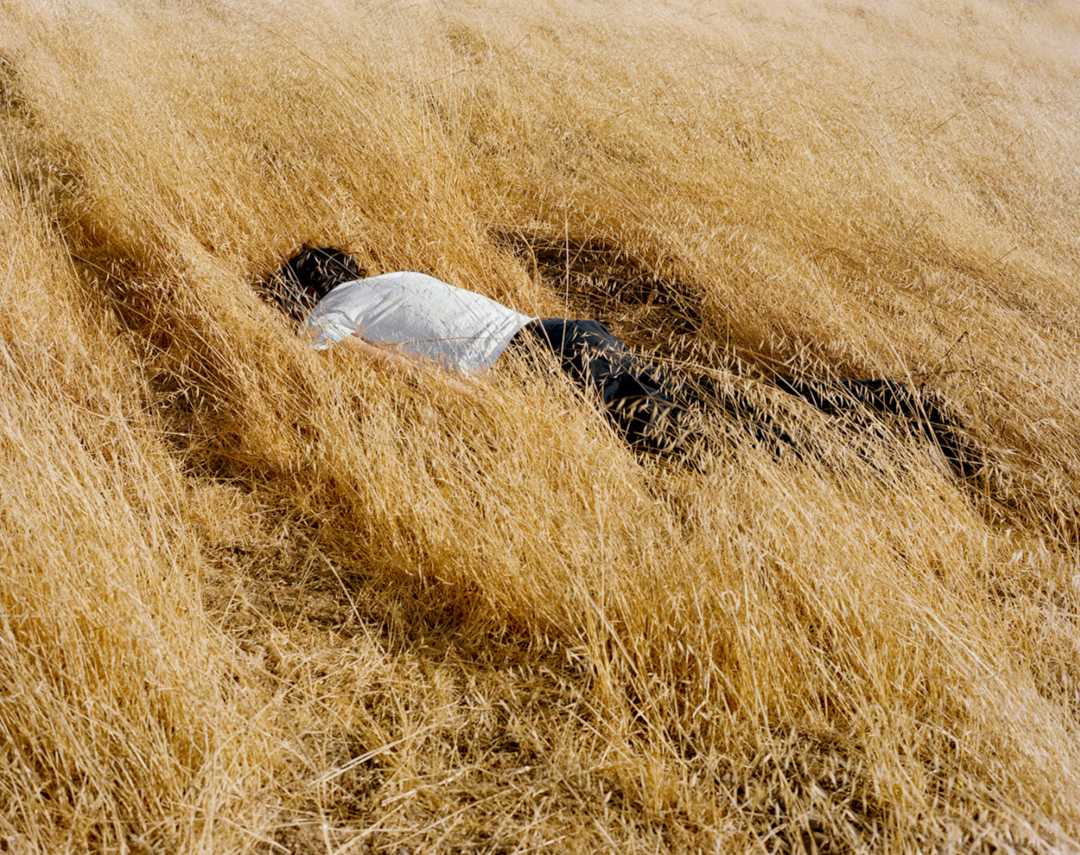 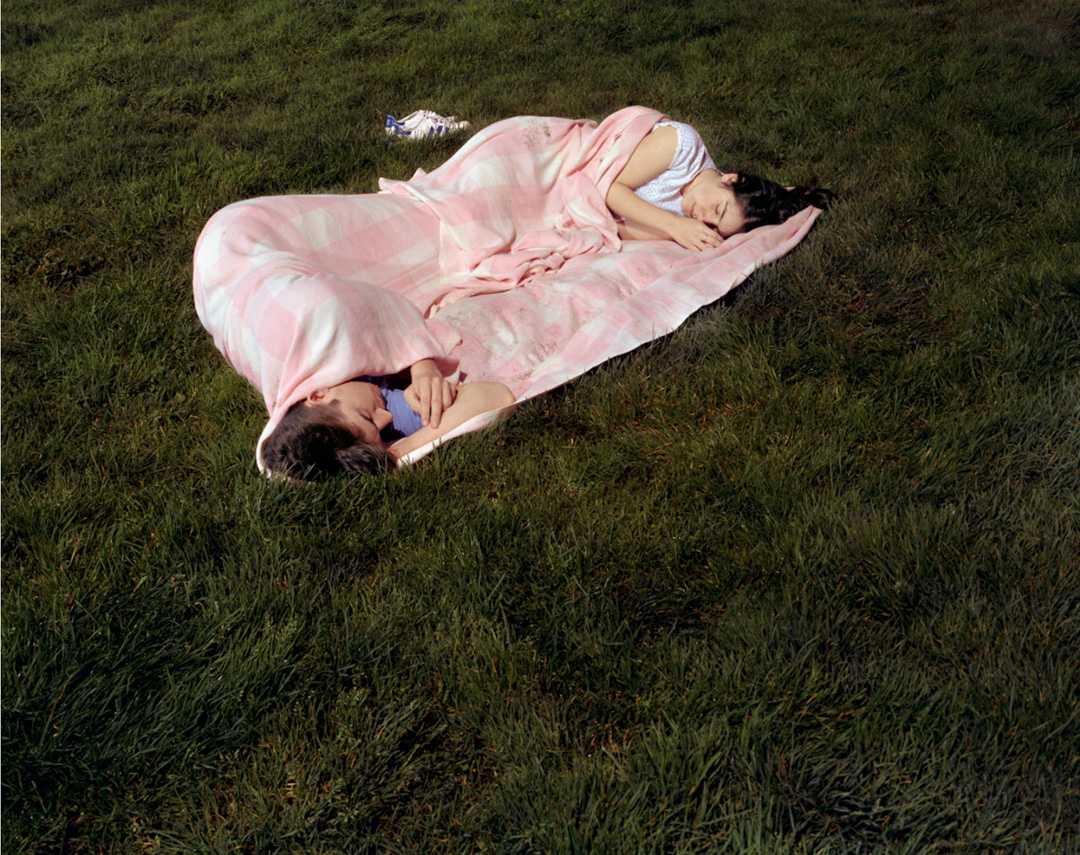 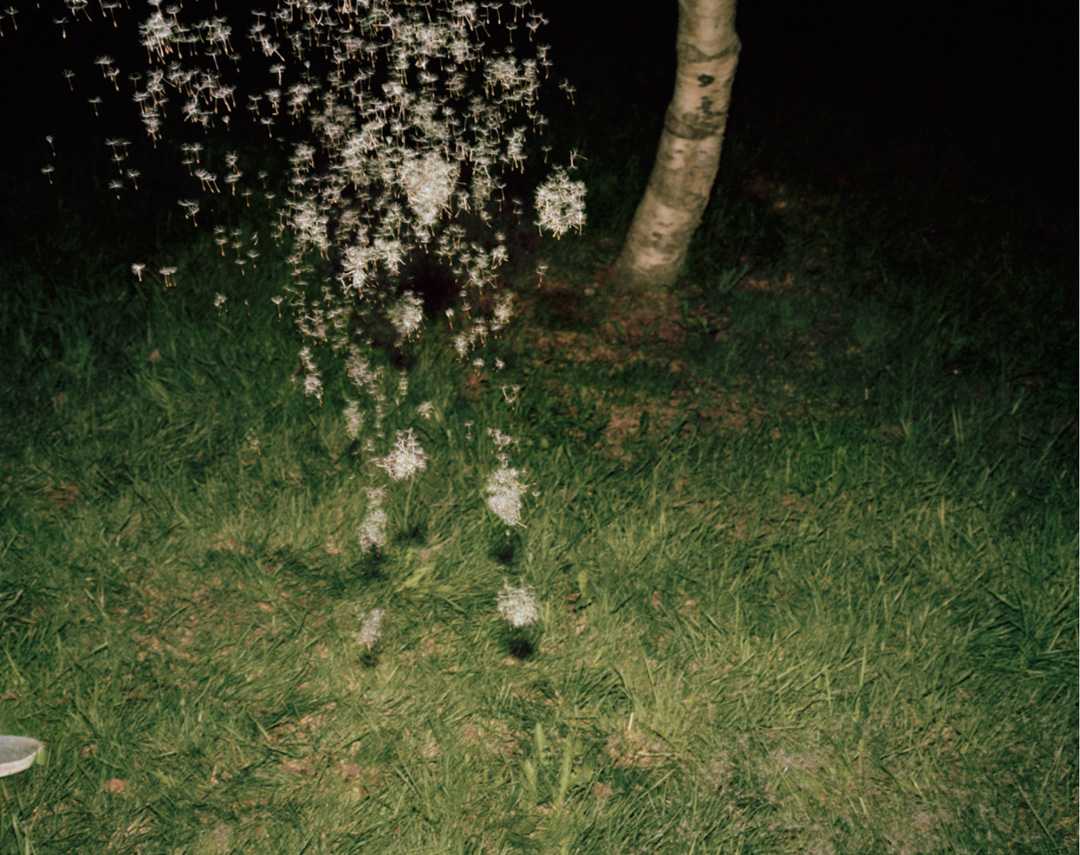 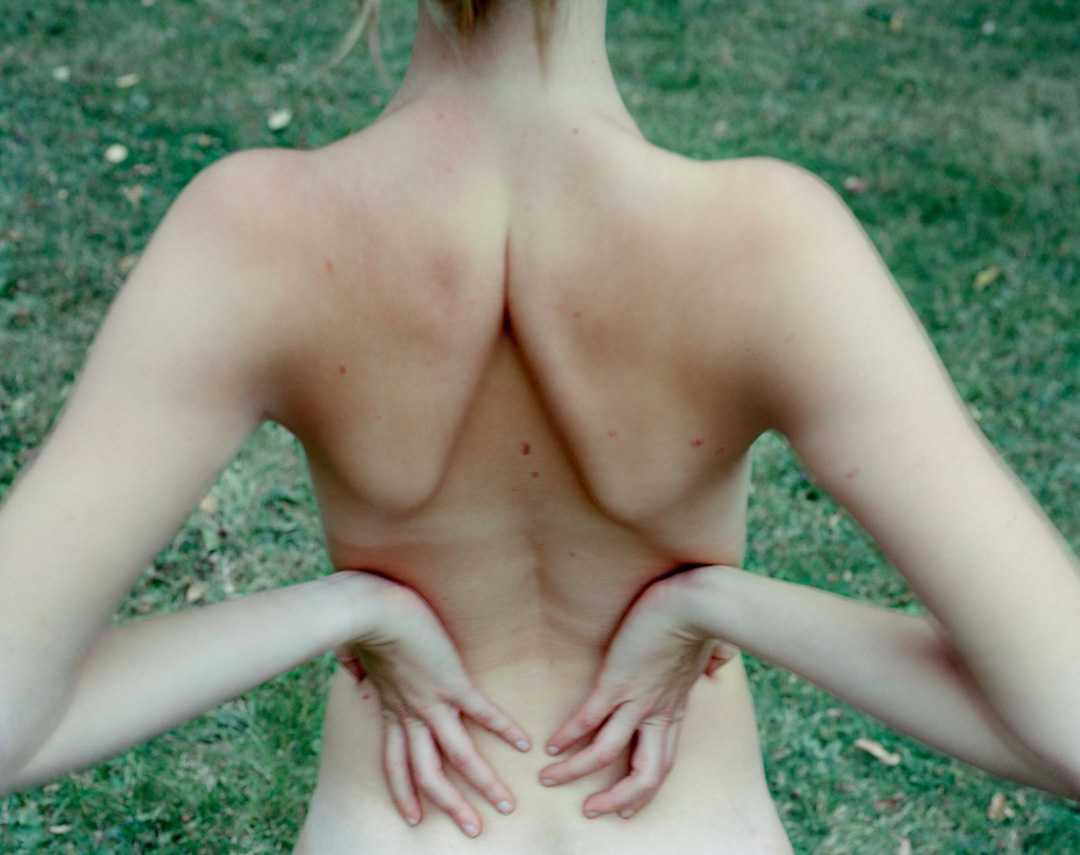 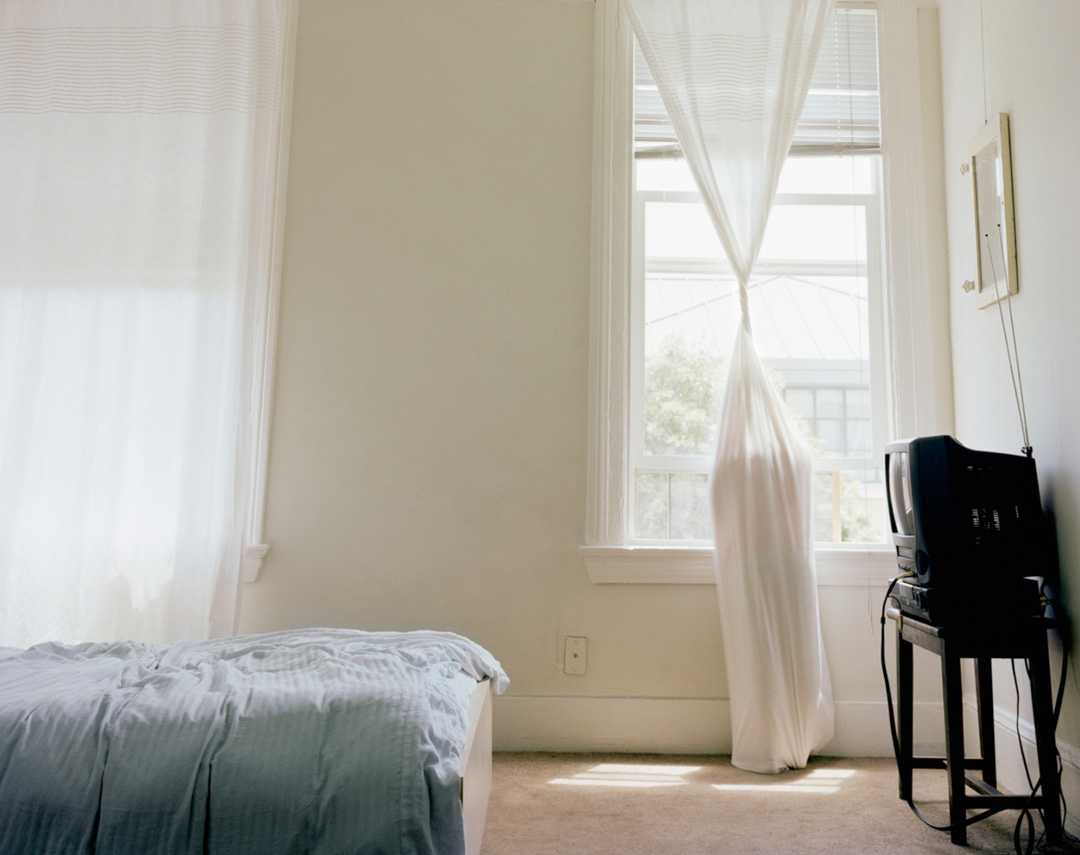 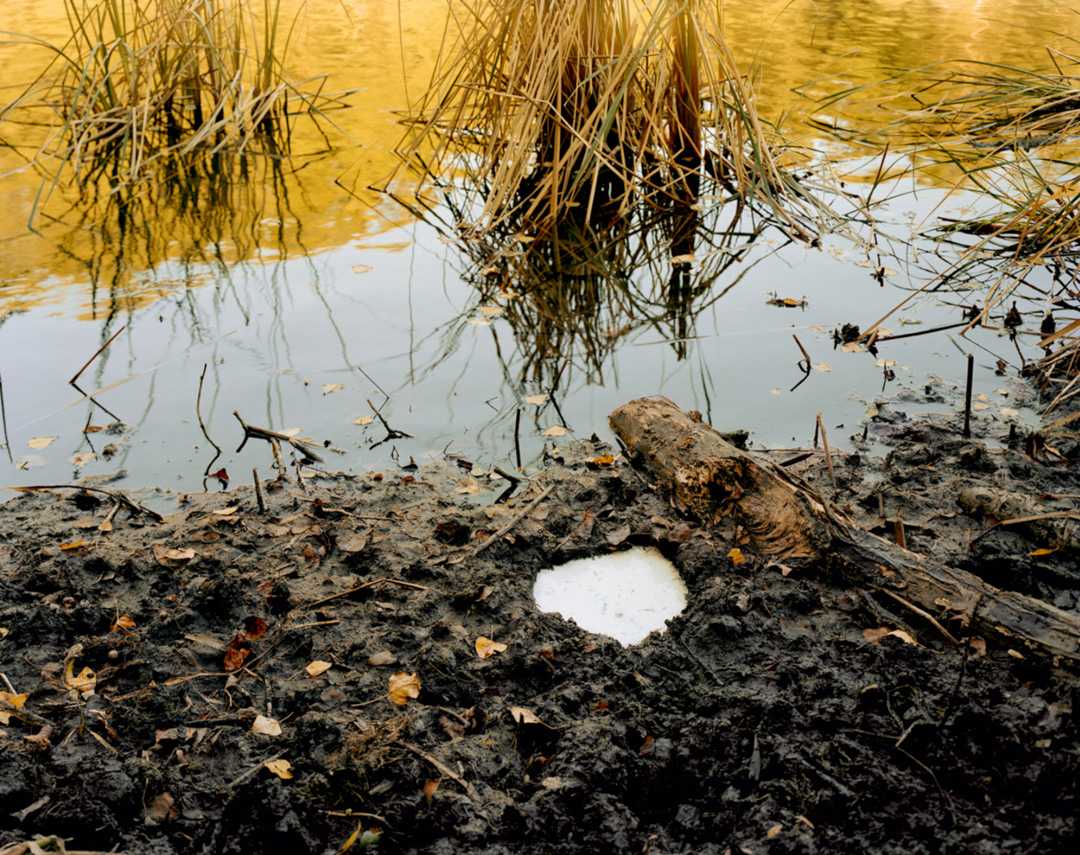 A Spectacle and Nothing Strange

A Spectacle and Nothing Strange

While holding this hardback book, we see an eye that’s staring back at us. A spectacle is an impressive show – something that draws attention because it’s very unusual or shocking. However, the title of Ahndraya Parlato’s new book, A Spectacle and Nothing Strange, asks us to calm down, suggesting for us not to expect anything out of the ordinary in the spectacle we’re about to see.

The book opens with two quotes by very different authors, giving a startling, but pleasurable, hint of cynicism:

“Believing that holes can be filled with language is dangerous – only space itself occupies empty space”, Kristin Prevallet’s Afterlife: Essay in Mourning Time

These are the only words that will accompany the viewer through this descent into a rabbit hole. Nocturnal images emerge, shapes rise out of the darkness. Someone sleeps blindfolded. Are we observing his dreams? We are at home playing silly games with bubble gum, and we wind a thread around our finger to make it turn blue. All of a sudden, nature and its power: a fall, a glacier. Again at home, someone is sleeping with her hair sewn with the blankets. Why?

The input we receive seems somehow inconsistent: we find ourselves in limbo between a kid’s game, the observation of subtle absurdities, and indescribable dreams. Images follow one another, but it feels like nobody controls this stream of photographs. There’s no one there to answer why. The book ends with an essay by poet Christian Hawkey titled ‘The Downstream Face of an Obstruction’, but we are left unanswered still: the essay is written in a way that leaves the viewer even more astounded.

We suddenly realize that the photographer has been there all along, silent, holding a very sophisticated thread that keeps all the pictures in tension. Parlato is not a photographer of found oddities or of the patently bizarre, rather her approach to staged photography is very discreet, as most of the images don’t seem staged at all, and this is why we feel ‘alone’ while looking at them: the photographer doesn’t reveal herself through the staging, but rather, acts like an elf of the forest that make things happen without anyone noticing.

Kehrer, the publishing house of the book, explains that: “Parlato’s work draws on her experience of being raised by a single mother who was mentally ill. From an early age, Parlato was put in the unique position of having to decide whether her mother’s observations and fears were real or imagined”. Having this piece of information doesn’t make the experience of this book more or less intriguing but it sure provides a possible key of interpretation. The book is comprised of Parlato’s projects ‘Orchards’ and ‘Inscapes’, carried out for more than ten years, and possibly their combination in A Spectacle and Nothing Strange has the purpose not to make a book about mental illness, but rather to address the fragmentation that mental illness can imply, in an extremely subtle way. The book resembles a sudden sense of finding yourself somewhere else, of forgetting what you were talking about, of coming upon something that wasn’t there a minute ago, and this peculiar sensation remains long after closing the book.