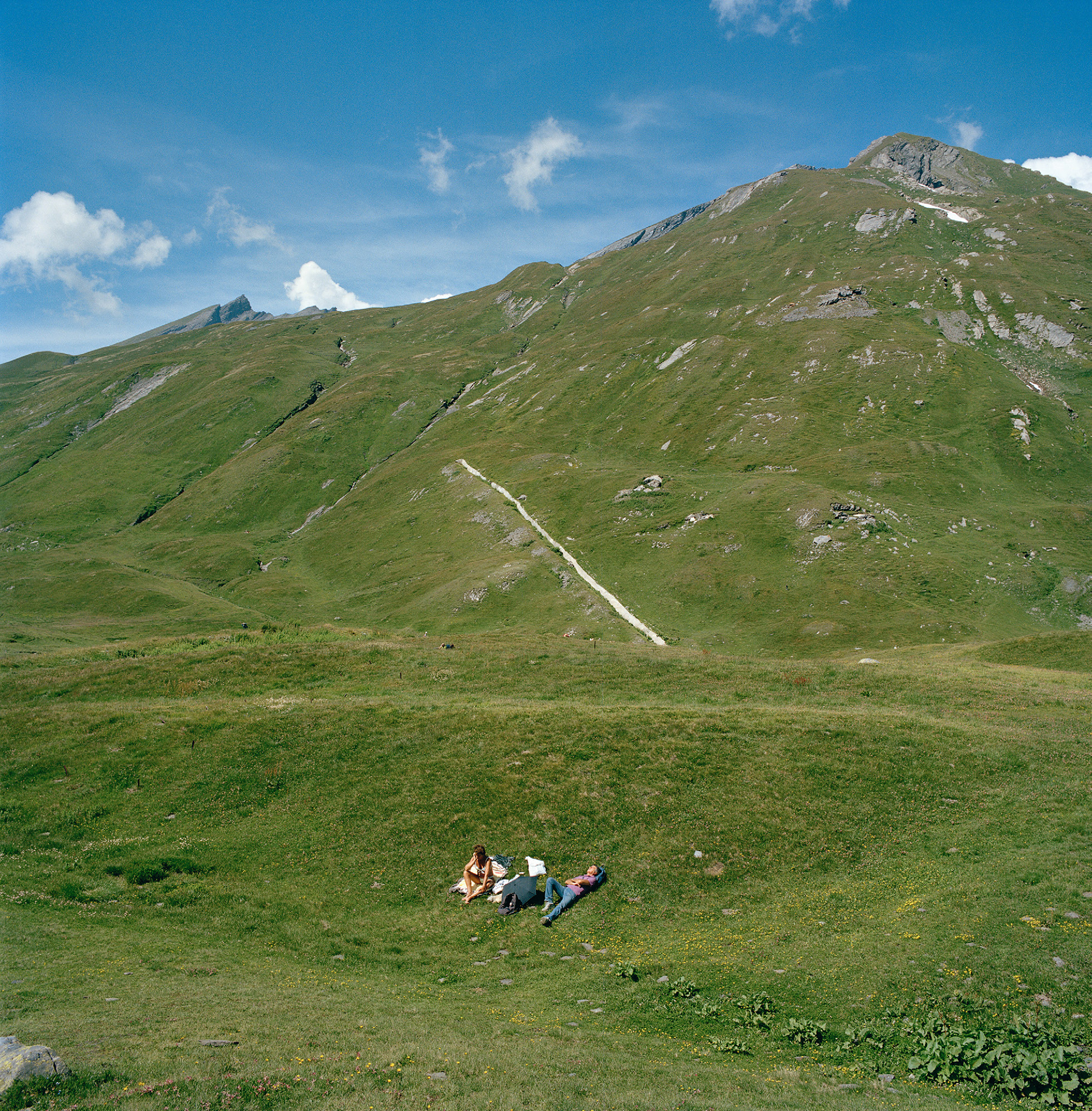 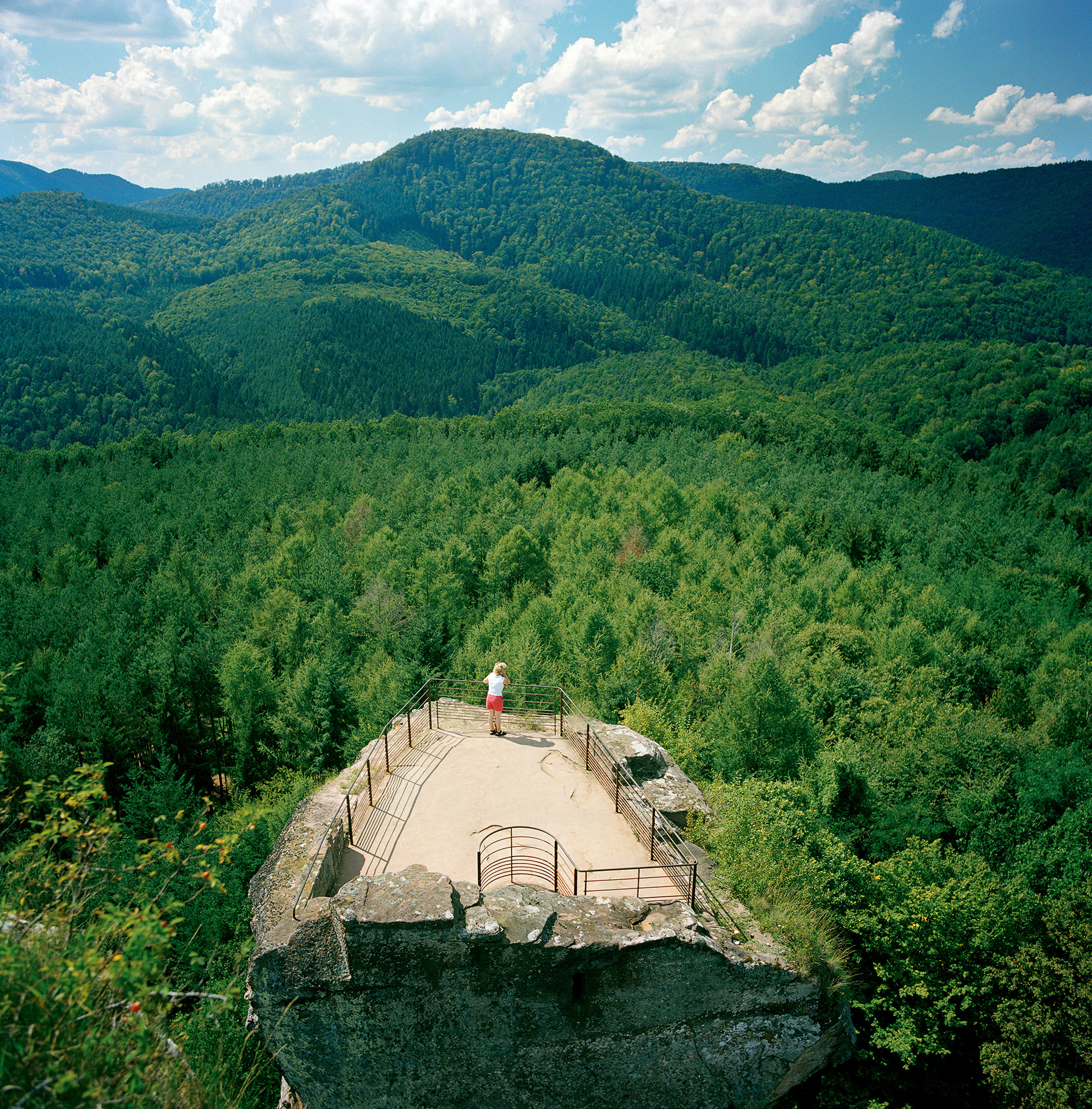 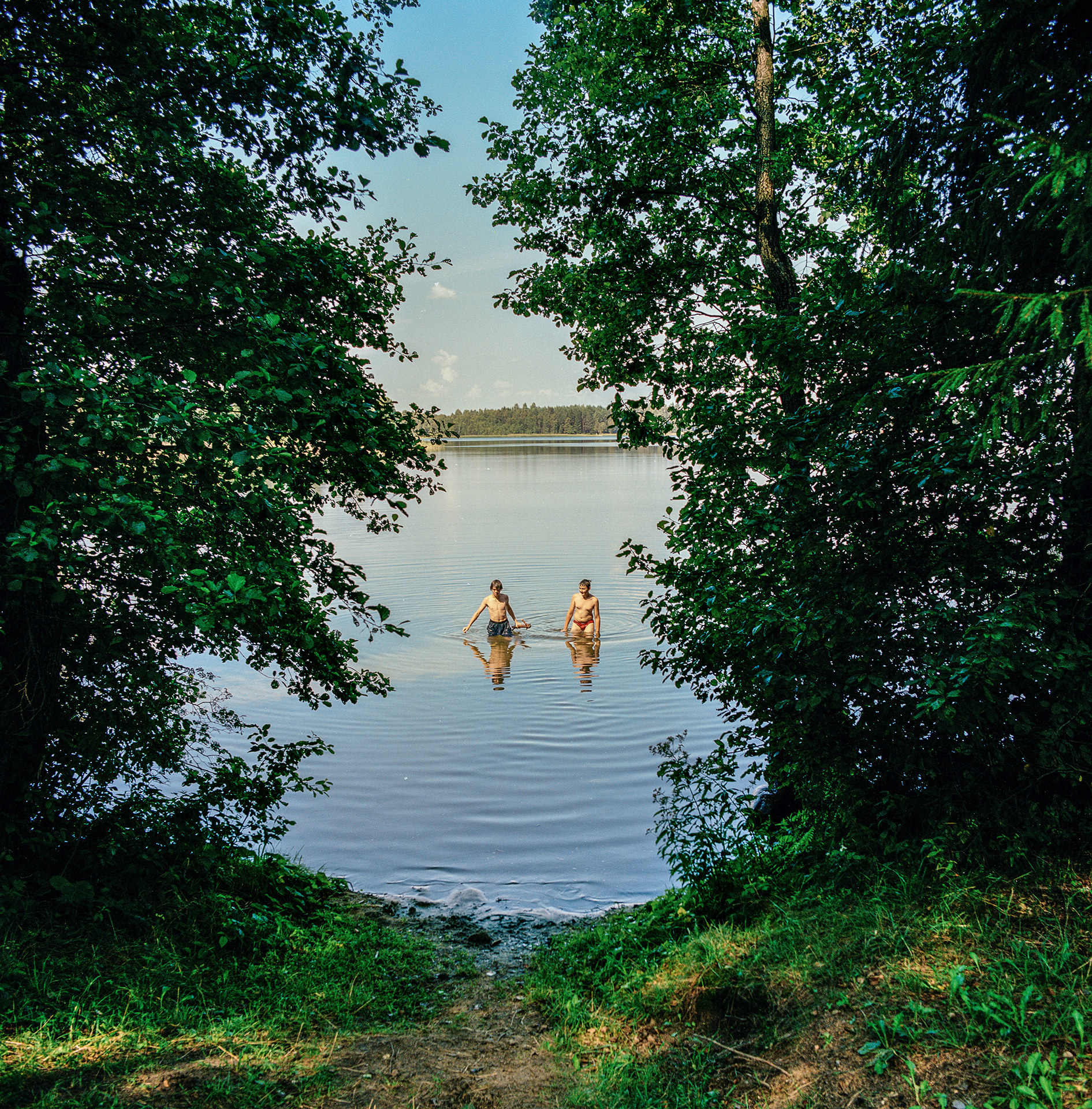 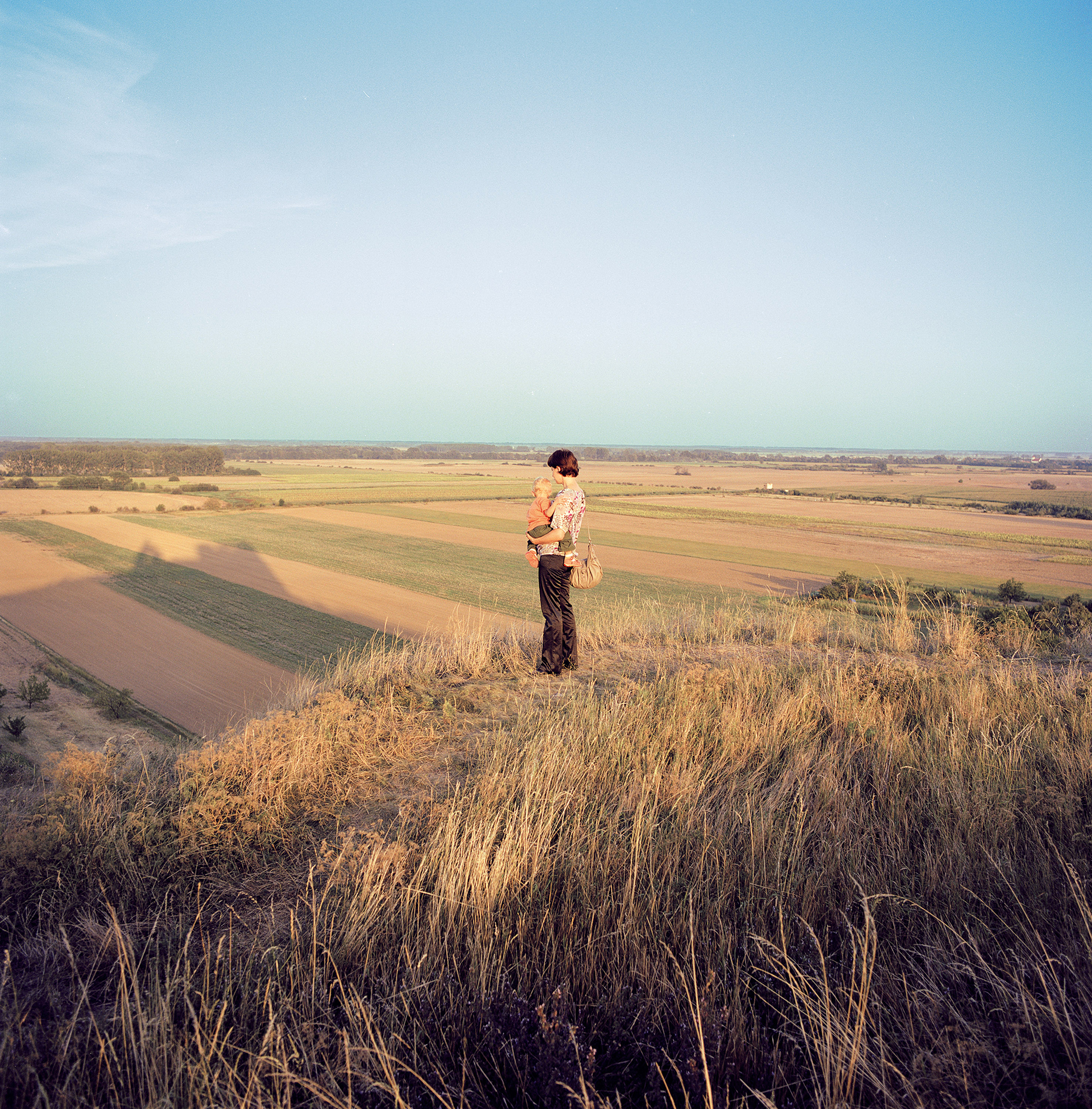 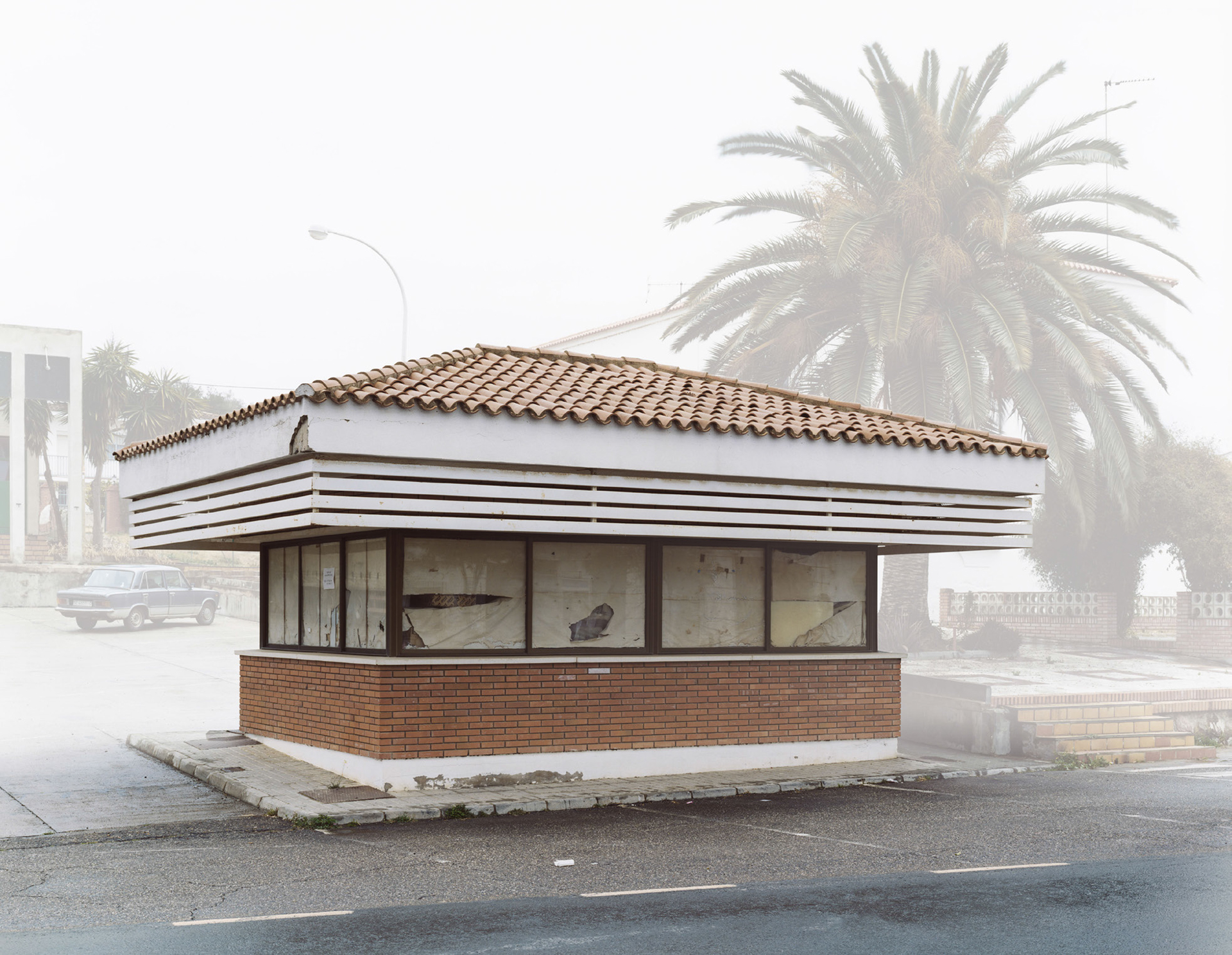 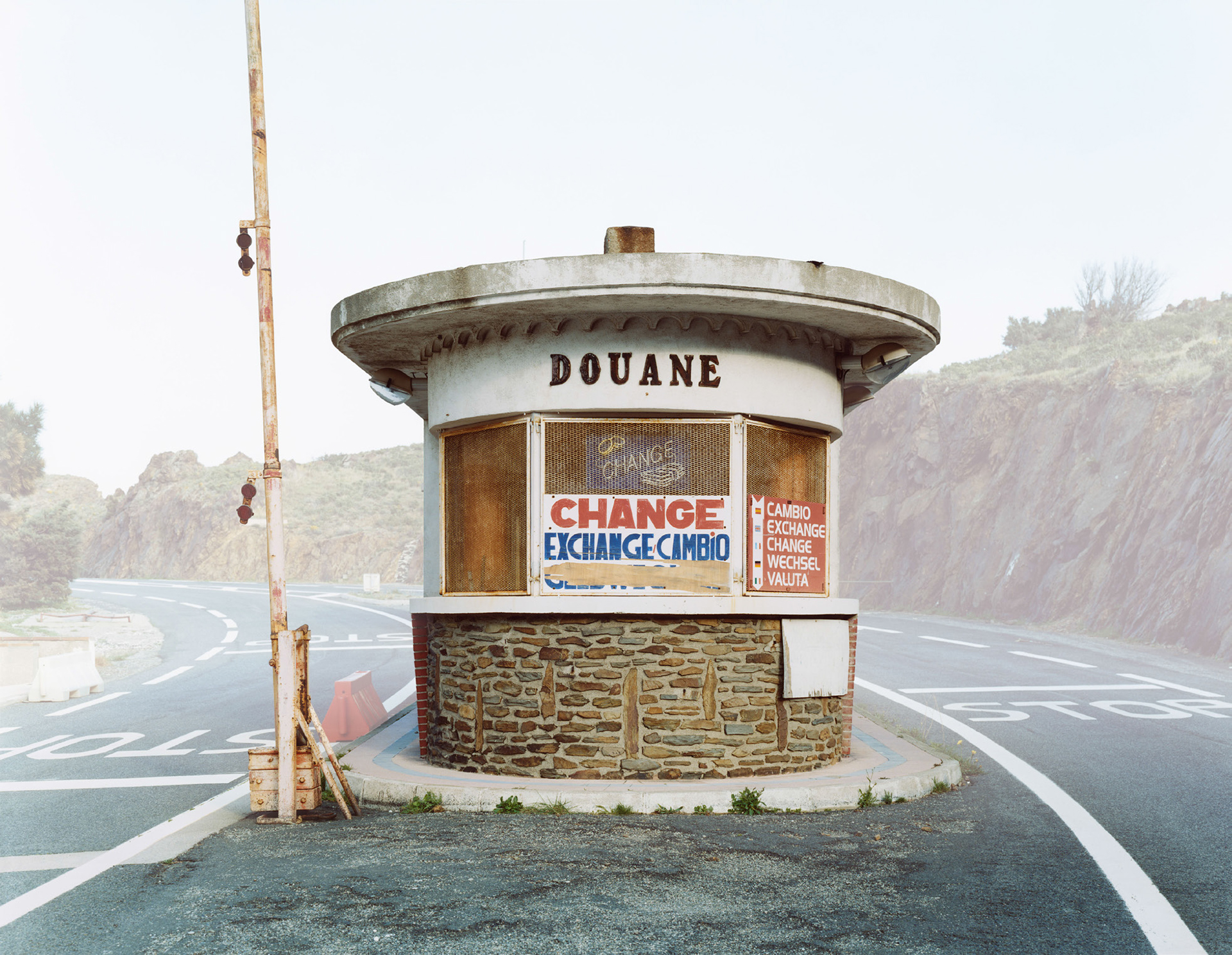 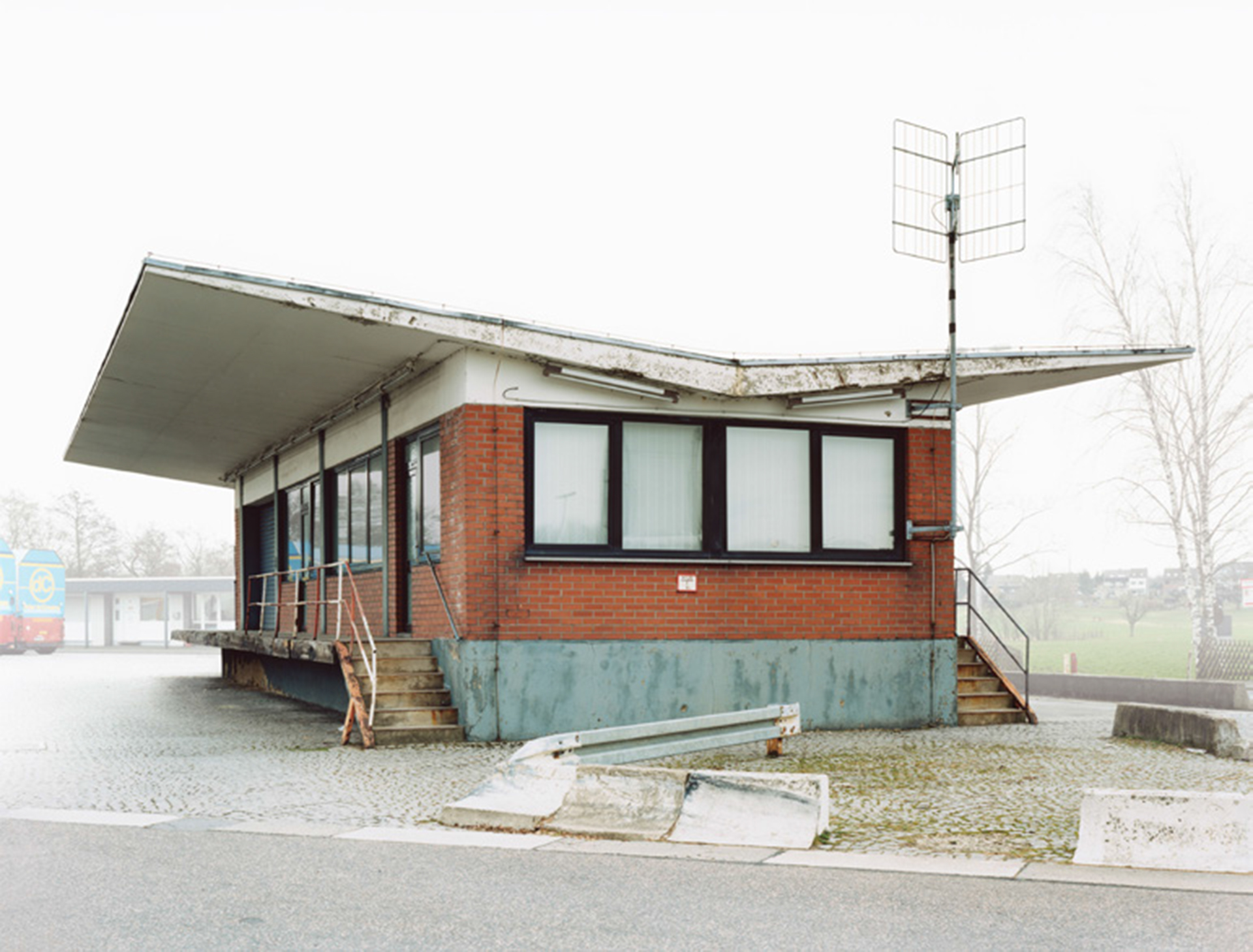 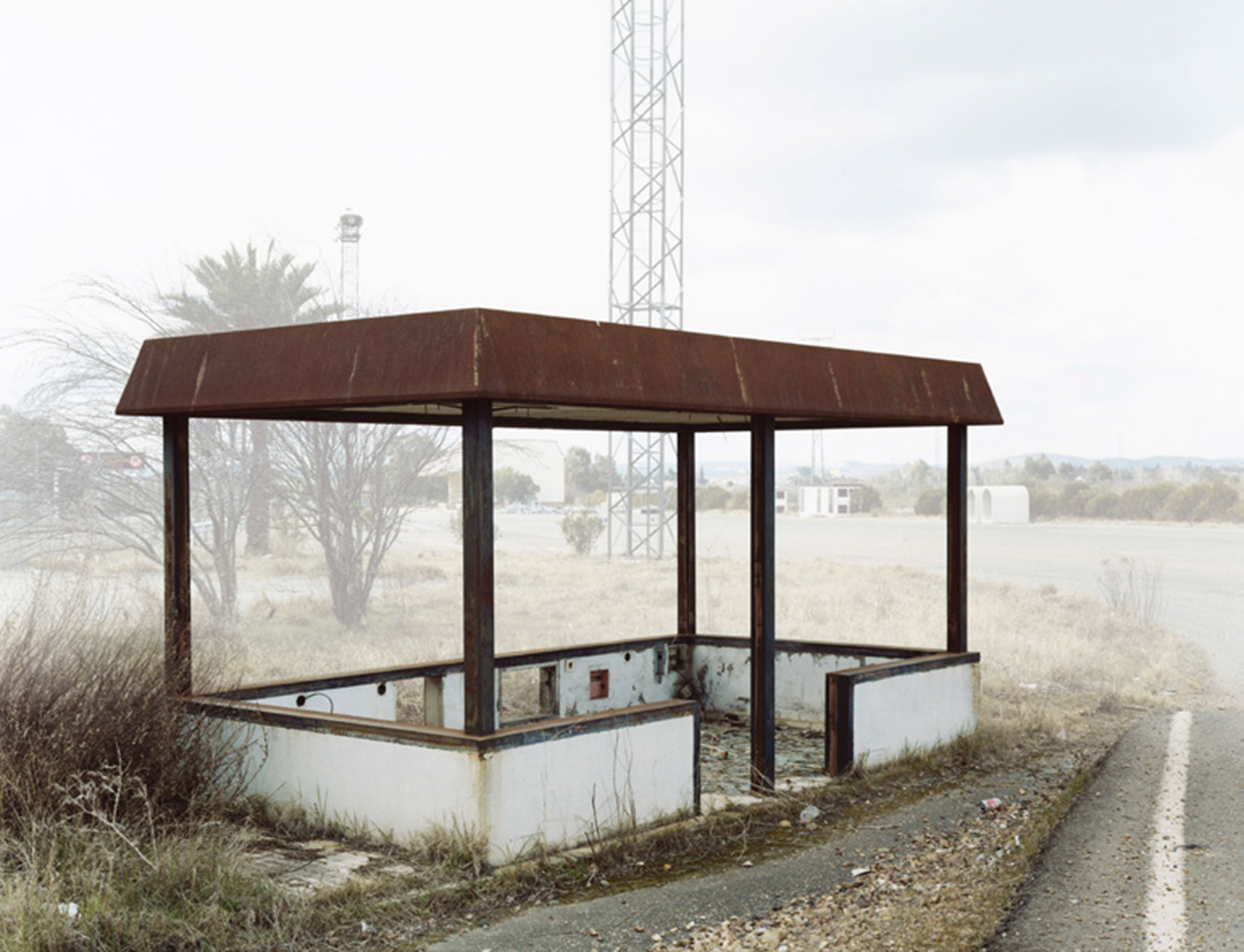 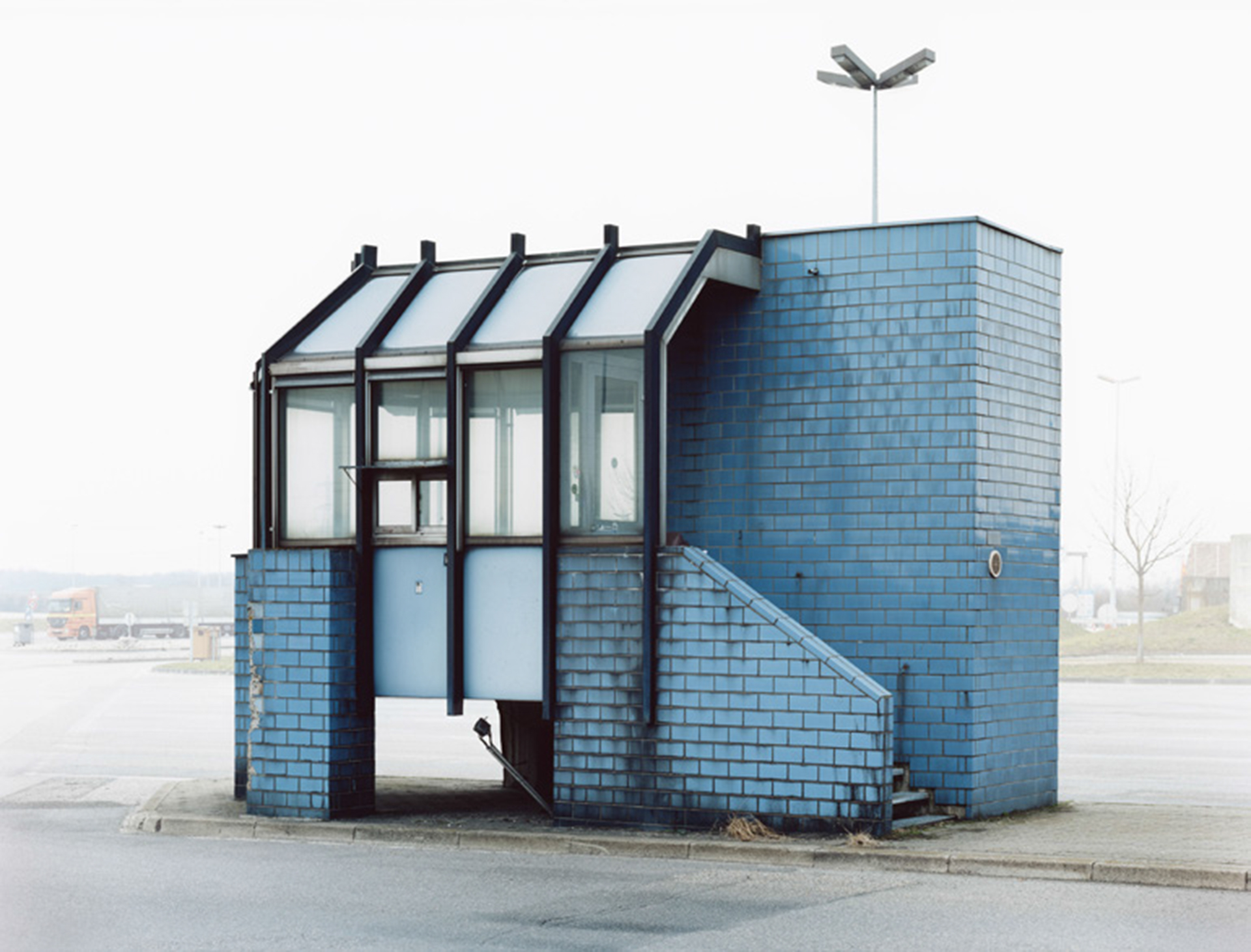 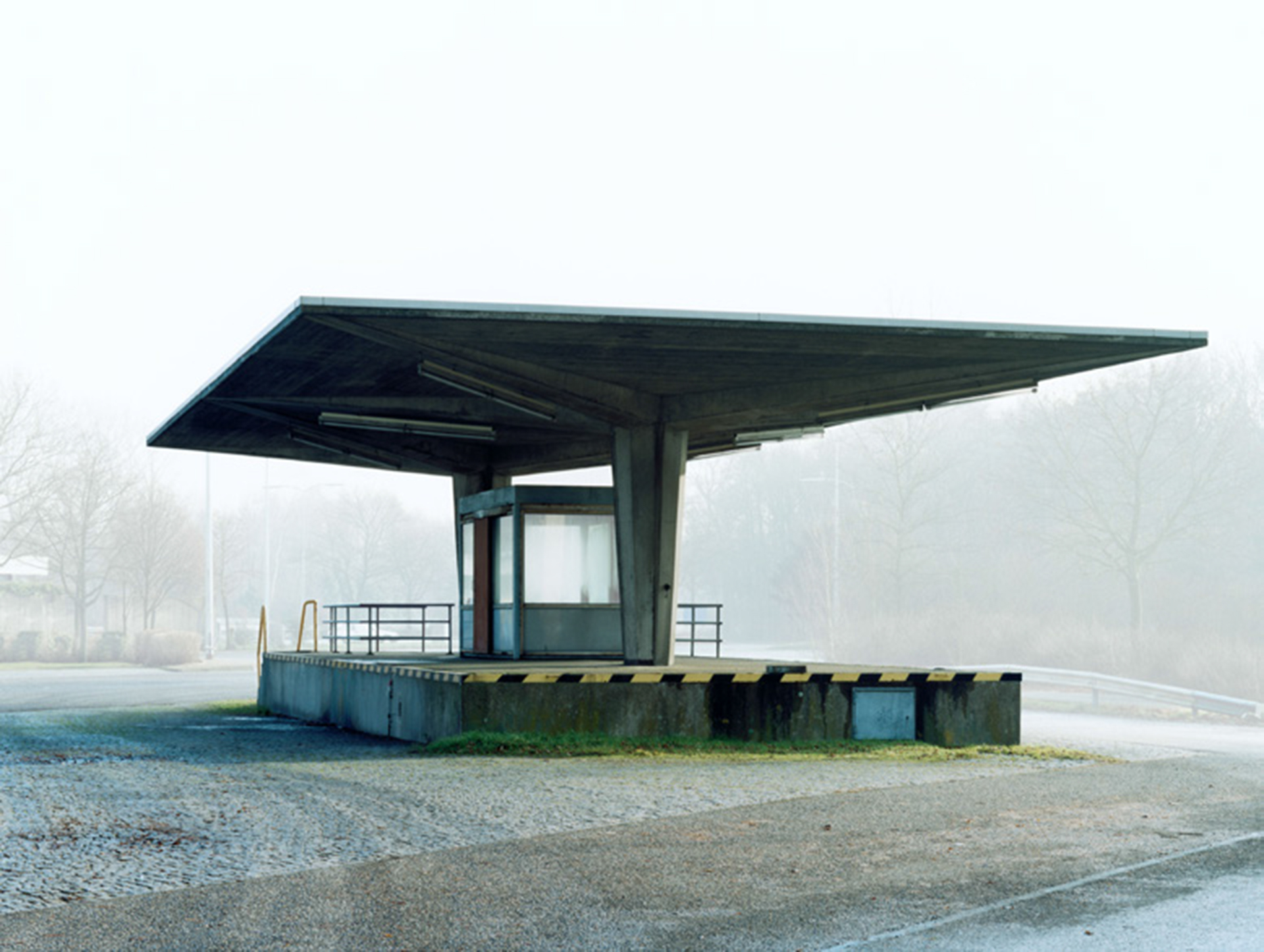 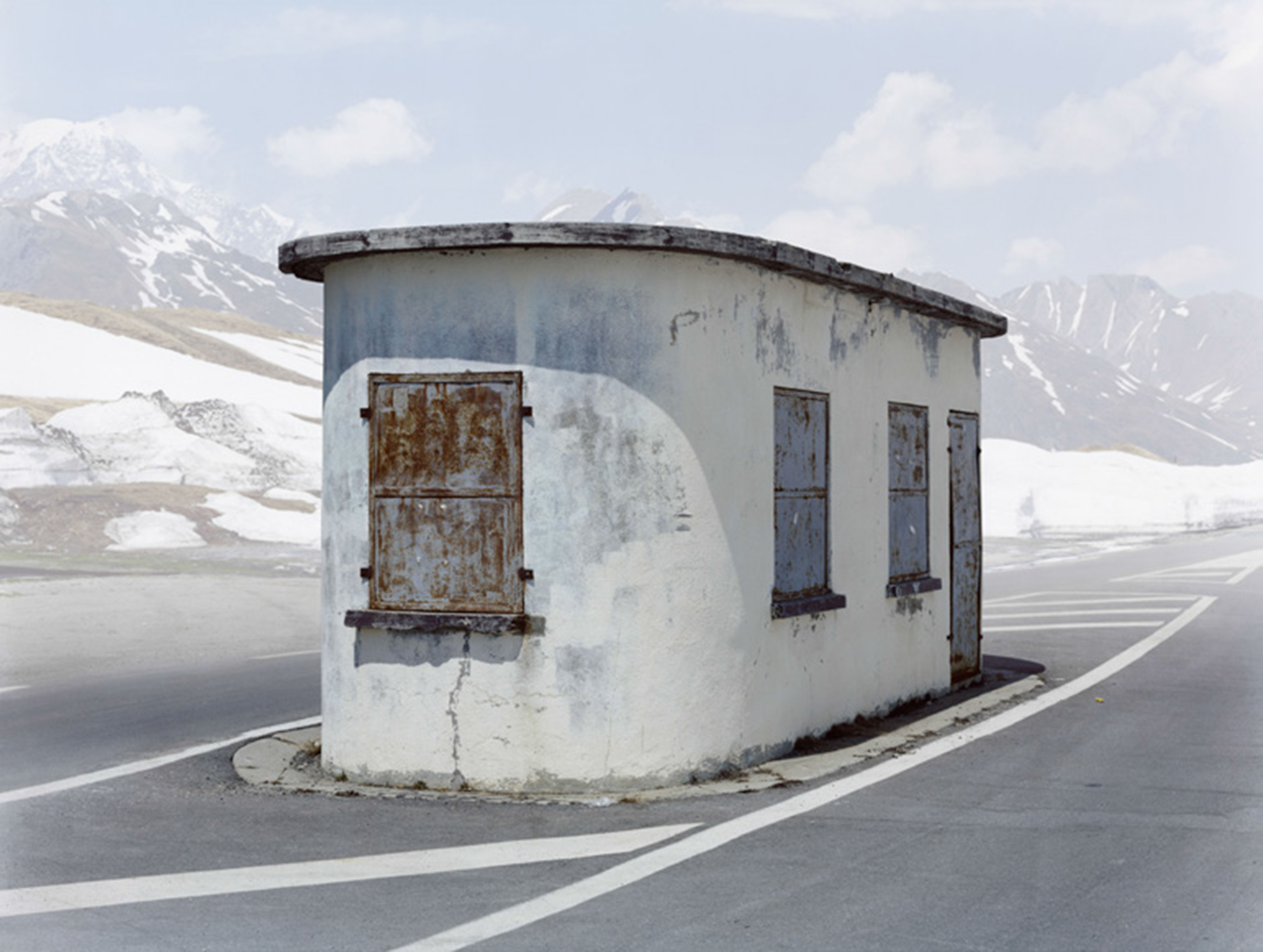 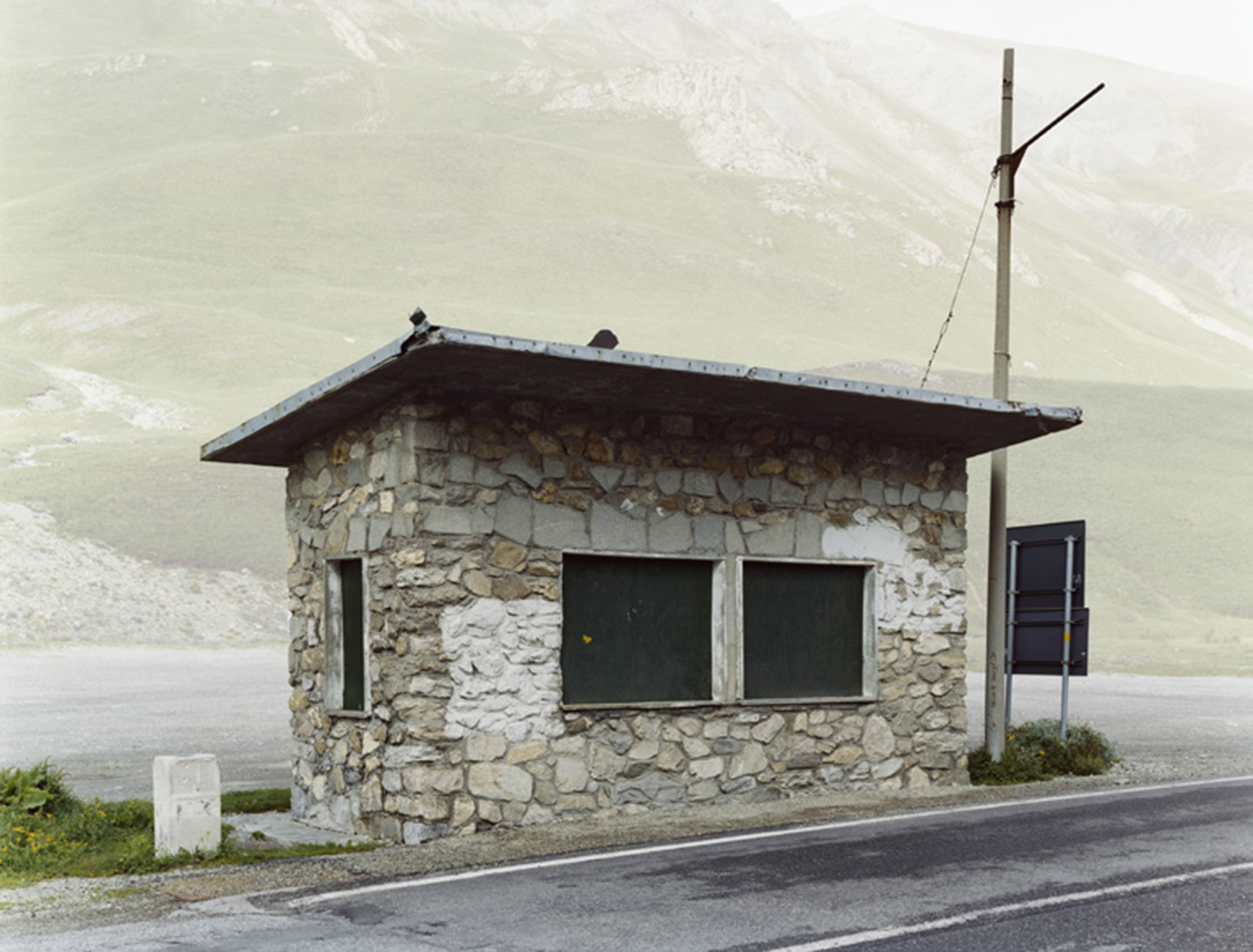 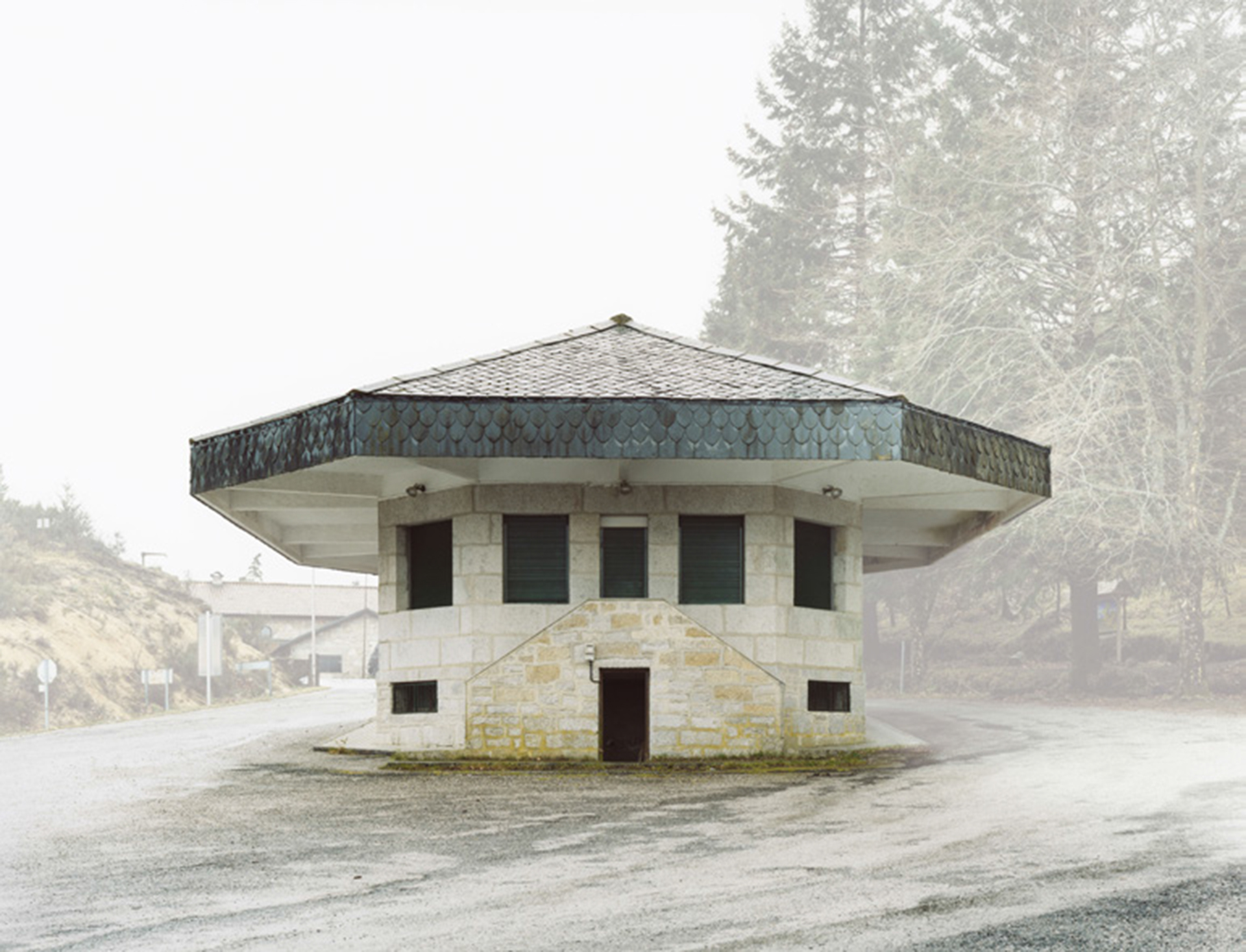 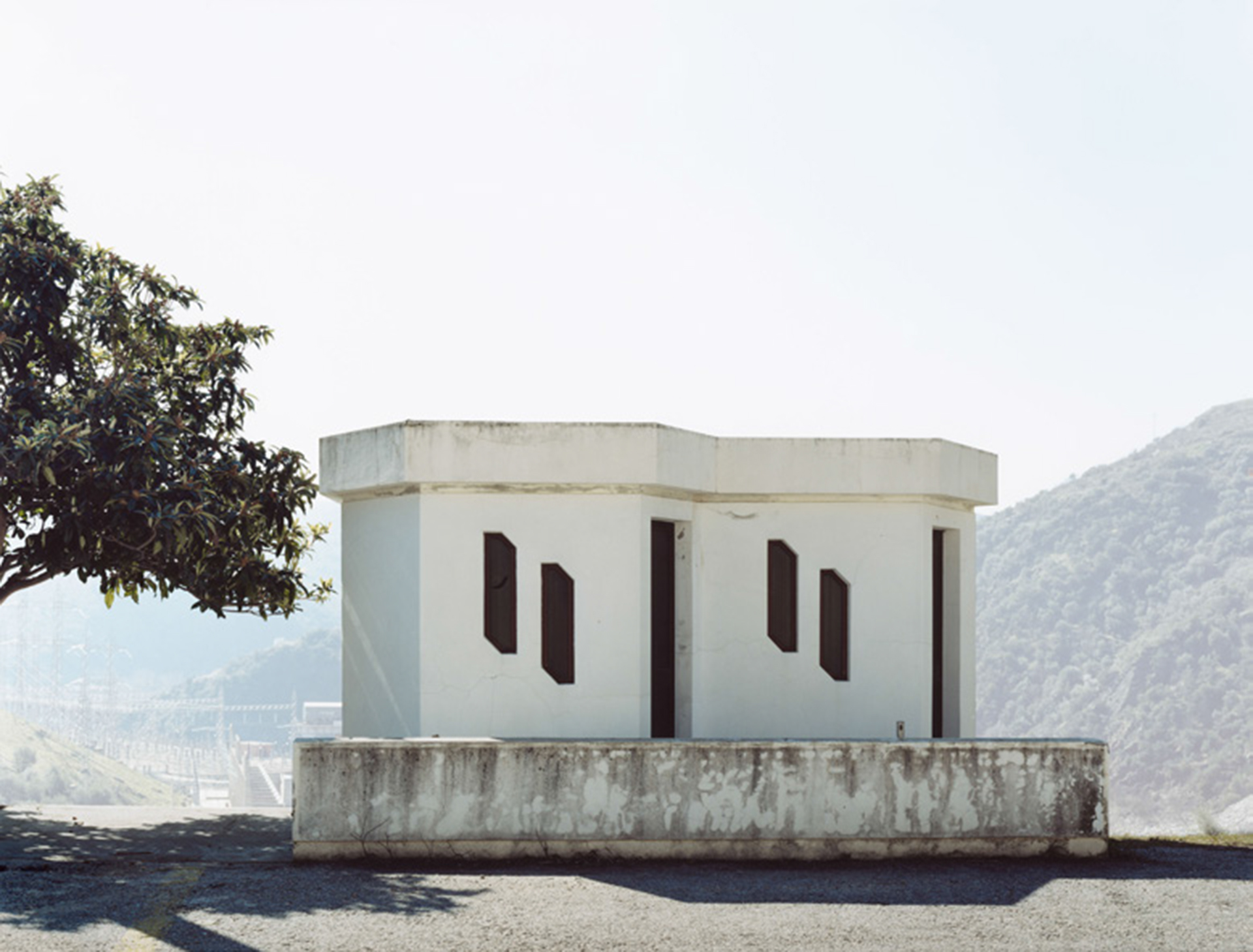 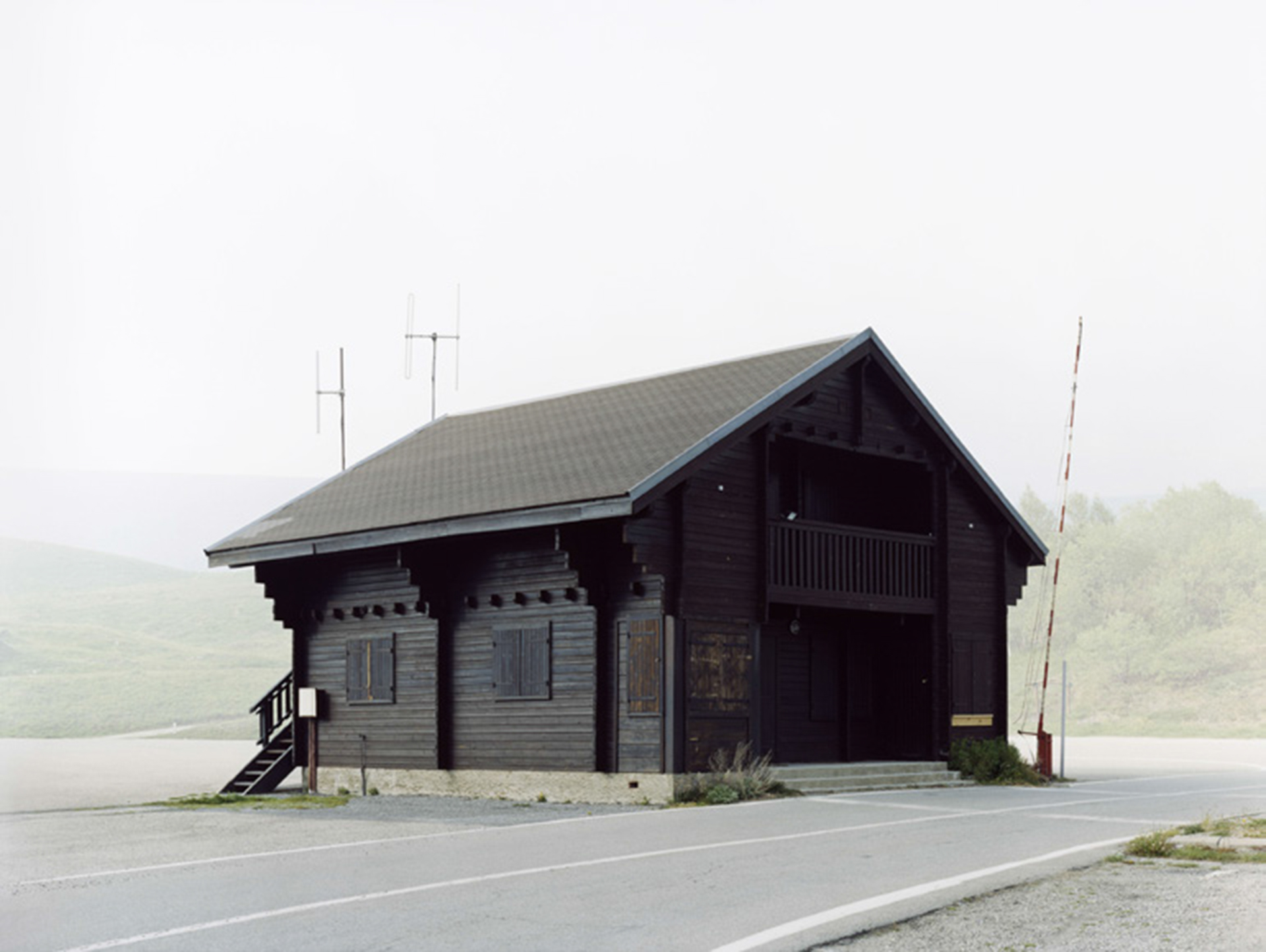 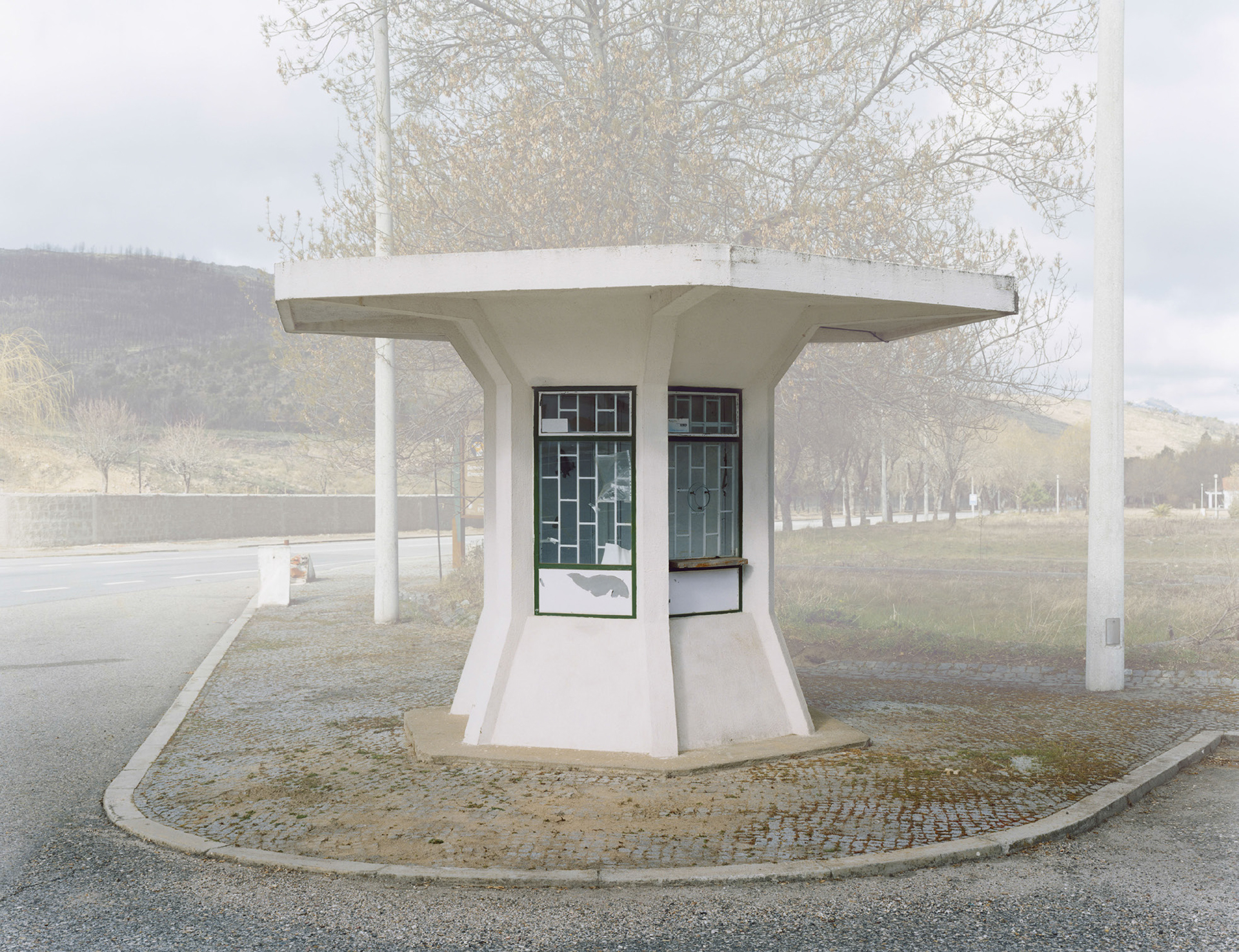 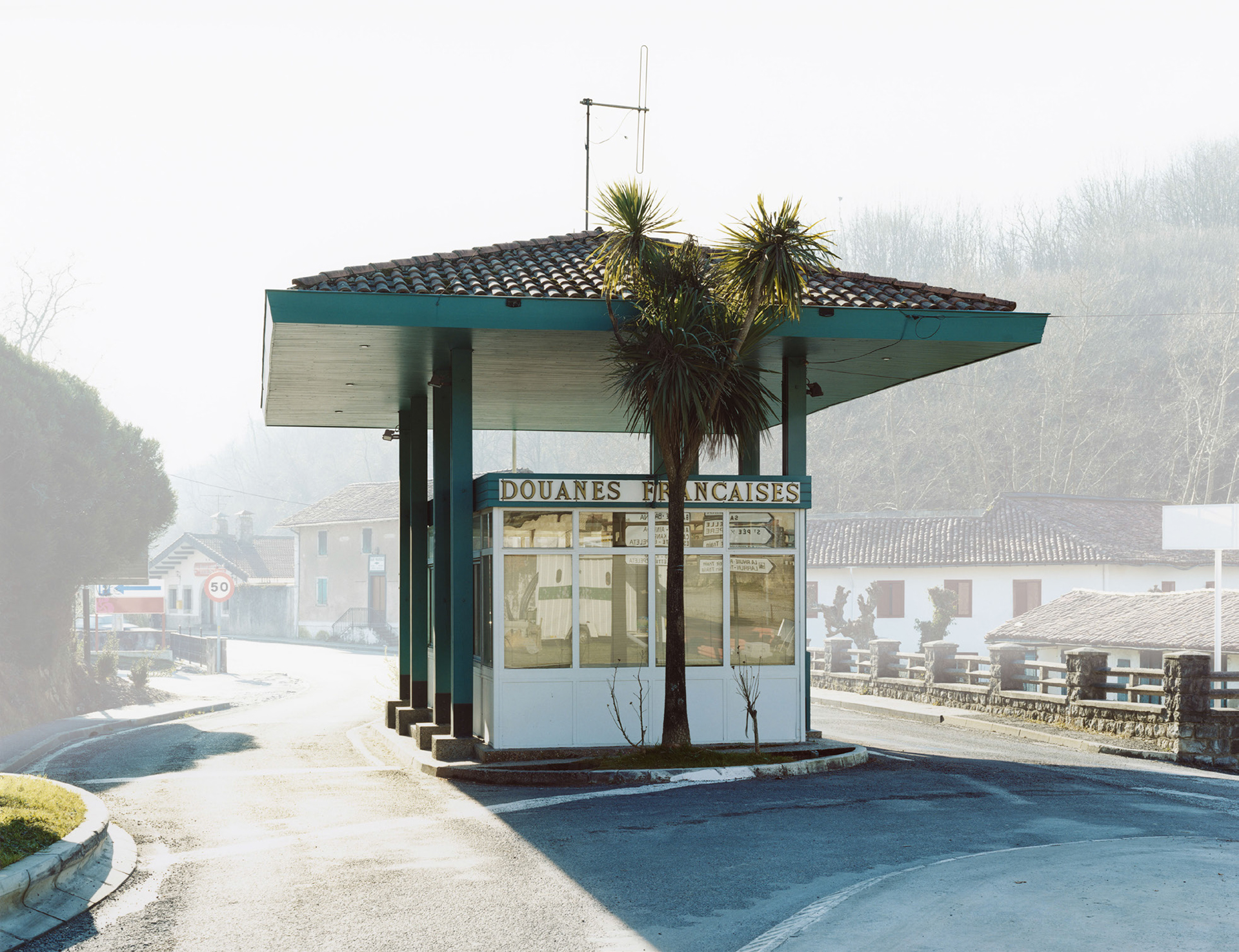 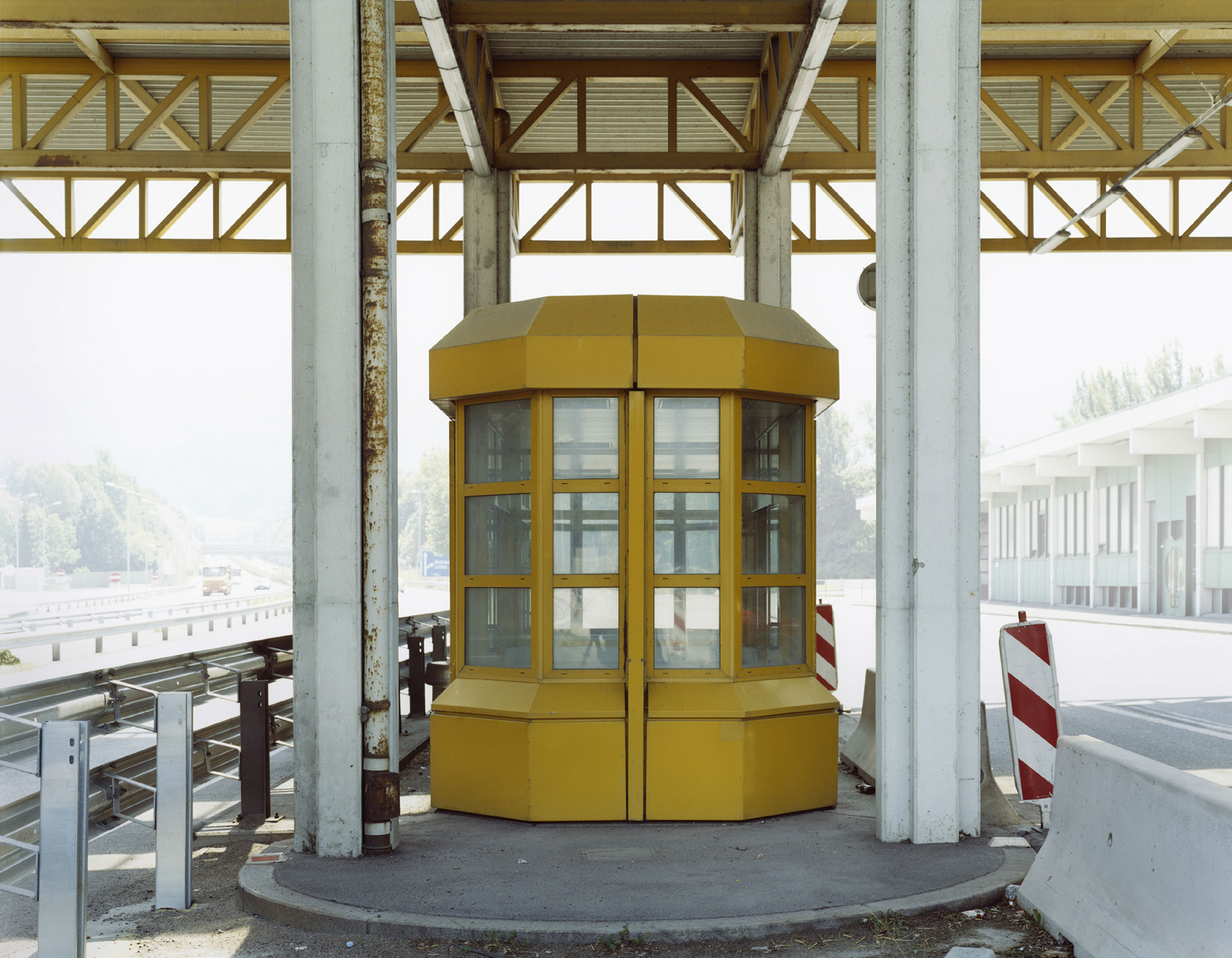 We’re In It, Together - Soft Borders vs Hard Realities

These frontiers – made manifest by an electric fence, a river, a milestone and so on – signify a division between national territories. But, thanks to the Schengen Agreement (1985), the borders between 22 member states are no longer actively monitored via checkpoints – by-now archaic border control stations as systematically documented by Josef Schulz (b. 1966, Germany), who made a similar journey through the European continent.

Along with the free flow of people and goods came new opportunities for most European citizens, yet, as we have now come to realise, such “soft” barriers can also deliver unprecedented and challenging circumstances. How will we find a new balance between individual freedom and societal security?

“In present-day Europe, internal borders are losing their political and economic function of demarcation,” writes Josef Schulz, to contextualise his typology of border control posts, originally put in place to check passports and customs papers, now abandoned and deteriorating. Valerio Vincenzo, armed with a GPS and detailed maps, also took a journey along “soft” European borders to effectively pinpoint how landscapes that once distinguished nations now indicate a rather more ambiguous realm. The “now” to which they both refer, however, dates from before the arrival of Covid-19.

Vincenzo’s project is motivated by personal experience, from when he decided to stay in Paris after a university exchange. “As an Italian, getting my residence permit in France was a real obstacle course. I remember being summoned to the police headquarters on a number of different occasions, the last of which, at the end of a long wait, was only to sign a document in black ink that I had carelessly signed in blue,” he recalls in his artist statement. A few months after getting the invaluable documents that allowed him to stay on French soil, this huge administrative machine melted like snow in the sun: Italy became part of the Schengen Area.

Open borders enabled free movement of people (and often of goods) and were meant to overcome cultural barriers (and lubricate the single market).

Citizens are expected to fulfill certain obligations to their government, and in return they receive  protection for their vital interests

But the European Union is more than cheaper products and easier travel. It is also very much a moral experiment, an attempt to transcend the concept of the nation-state. That is, in the wake of World War II, Europeans were expected to give up a degree of their national sovereignty for the sake of “eternal peace”.

The Schengen Area currently consists of 26 European countries covering a population of more than 400 million people and an area of 4,312,099 square kilometres. EU citizens have the right to live and move between member countries without being discriminated against on the grounds of their nationality. Nevertheless, a possible future “European identity” is seen, at best, as one aspect of a “multifaceted identity” still involving national or regional loyalties. Indeed, while traditional social groups and institutions have been weakened or dissolved, identification with the nation remains strong. Most members of even the smallest nation will never even meet all the other members, face to face, but in the minds of each “member” lives a mental image of a shared affinity.

National identity is expressed in the sharing of a common heritage. Sporting events often function as cultural practices through which imagined national communities are made real. In particular, football – the most popular sport in Europe – is a familiar battlefield of primordial identity, localism and exclusive nationalism. In the era of Covid-19, however, when we’re dealing with a fundamental threat to our health systems, Europeans are expected to experience another kind of belonging.

The UEFA European Championship, held every four years, is an apt example of how, during the course of a tournament, nationalistic sentiments are evoked in society. But now, in this new coronavirus-infected world, the fans of all competing nations are requested by the organisers of this tribal event to bury the hatchet and join hands.

“We are at the helm of a sport that vast numbers of people live and breathe that has been laid low by this invisible and fast-moving opponent. It is at times like these that the football community needs to show responsibility, unity, solidarity and altruism,” said UEFA President Aleksander Čeferin when announcing the postponement of Euro 2020, scheduled to be held in 12 cities in 12 countries from 12 June to 12 July 2020 (it is now rescheduled for the summer of 2021).

How confusing! How ironic, too. Nevertheless, UEFA managed the situation swiftly, supported by its membership. If only the European Union could command with such driving force…

In Italy, the coronavirus gathered pace in late February and early March, with the whole country going into lockdown. But the EU showed Rome little solidarity. As well as mismanaging its initial response to the outbreak in Italy, the EU also struggled to co-ordinate other member states’ actions to suppress the pandemic. Its calls for a coherent, EU-wide approach towards internal border management have had little effect: the European Commission proposed to ban the entry of third-country nationals into the Schengen Area for at least 30 days, while encouraging member states to keep their internal borders open. Regardless, several member states introduced severe entry restrictions on non-national citizens.

“We are collectively accountable for an effective and united European response”

Meanwhile, around the same date that UEFA called for the virtues of supranational “solidarity” and “unity”, affluent Lombards from northern Italy tried to escape to their second homes in the relatively poorer south of the country. Similarly, anxious English urbanites fled to the Scottish Highlands and its remote islands to seek refuge from the virus, while rural Europeans all over the continent were urging their fellow citizens not to come their way. “Go home, idiots!”

Even though the EU has limited powers in the field of public health, it could conceivably have played a greater role in the initial phase of the outbreak. On the other hand, in highly mobile and rapidly changing modern societies like ours, citizenship and civic behaviour are experienced on a more individual level – as these examples clearly indicate. Without tools to provide authoritative guidance, governments, at any level, will have a hard job making people recognise assigned borders. Let alone respect them.

It’s important to note that monarchical rule and foreign control of territory was common in Europe until the 19th century, when it was replaced by geographical self-determination and newly formed (republican) governance. Dynastic and religious allegiance was in decline, and there was a fast-growing belief that nationality should be the cement to keep modern societies together; this awakening also grew out of an intellectual reaction to the Enlightenment that emphasised national identity and inculcated a romantic view of cultural self-expression through nationhood.

“Border posts are much easier to abolish than mental barriers”

Nations are based, above all, on shared stories, narratives broadly accepted by the group, and such a deep, horizontal comradeship helps to mark a socially constructed community. However, while nationalism continued to grow in strength within various modern countries, it was also seen that it could encourage a potentially explosive mindset. What Europe needed, and what was propagated in the second half of the 20th century, after World War II, was a more hybrid international coalition, both economically and culturally.

Citizens are expected to fulfill certain obligations to their government, and in return, they receive protection for their vital interests. This includes free movement, provided that the individual doesn’t harm the common interest. Or a temporary lockdown, considered necessary to prevent a local medical meltdown caused by a non-intelligent intruder such as this “alien” coronavirus.

The EU’s Schengen Agreement, which has resulted in internal border checks largely being abolished, is in line with the ideal (as already stated in the 1957 Treaty of Rome) that people should be allowed to travel freely between member states. And we have done so, massively and cheerfully. Yet most EU citizens still identify, first and foremost, with their individual nation-state. Especially in moments of crisis.

Europe’s Schengen Area – which allows restriction-free travel through vast swathes of the continent – has now seen border control between nations reappear, in some cases for the first time in 25 years.

Regardless, the concept of citizenship is much more than a legal construction and relates (among other things) to one’s personal sense of belonging to a community. Which is also, as we’ve now came to experience fully with this pandemic, a matter of unprecedented solidarity. Therein lies the ultimate challenge for Europe – if it still opts for the post-war ideal: a future without internal barriers.

“We are all facing a symmetric external shock,” stated a coronavirus-related EU proposal, “and we are collectively accountable for an effective and united European response.” Well-intended as that may sound, the European Union is, de facto, a multilingual gated community with national districts, each with its own distinguished medical-ethical culture, (his)story and specific health measures. In times of communal insecurity, we tend to lean on the crisis management of our national leaders, who announce their proposed measures via national public broadcasting, and who individually try to solve the problem of repatriation of citizens from their countries. Each of them has their own version of a “lockdown” strategy too.

Although Europe’s border posts, as photographically documented by Josef Schulz, might resemble abandoned sentinels or faded monuments of past partition, the Union remains fragile. “While cultural divides, which continue to exist, are not necessarily perceived as negative,” Schulz noted (on a date before Covid-19!), “[b]order posts are much easier to abolish than mental barriers […] They will remind us of what has yet to be achieved, recalling that they could one day easily be returned to their previous function.”