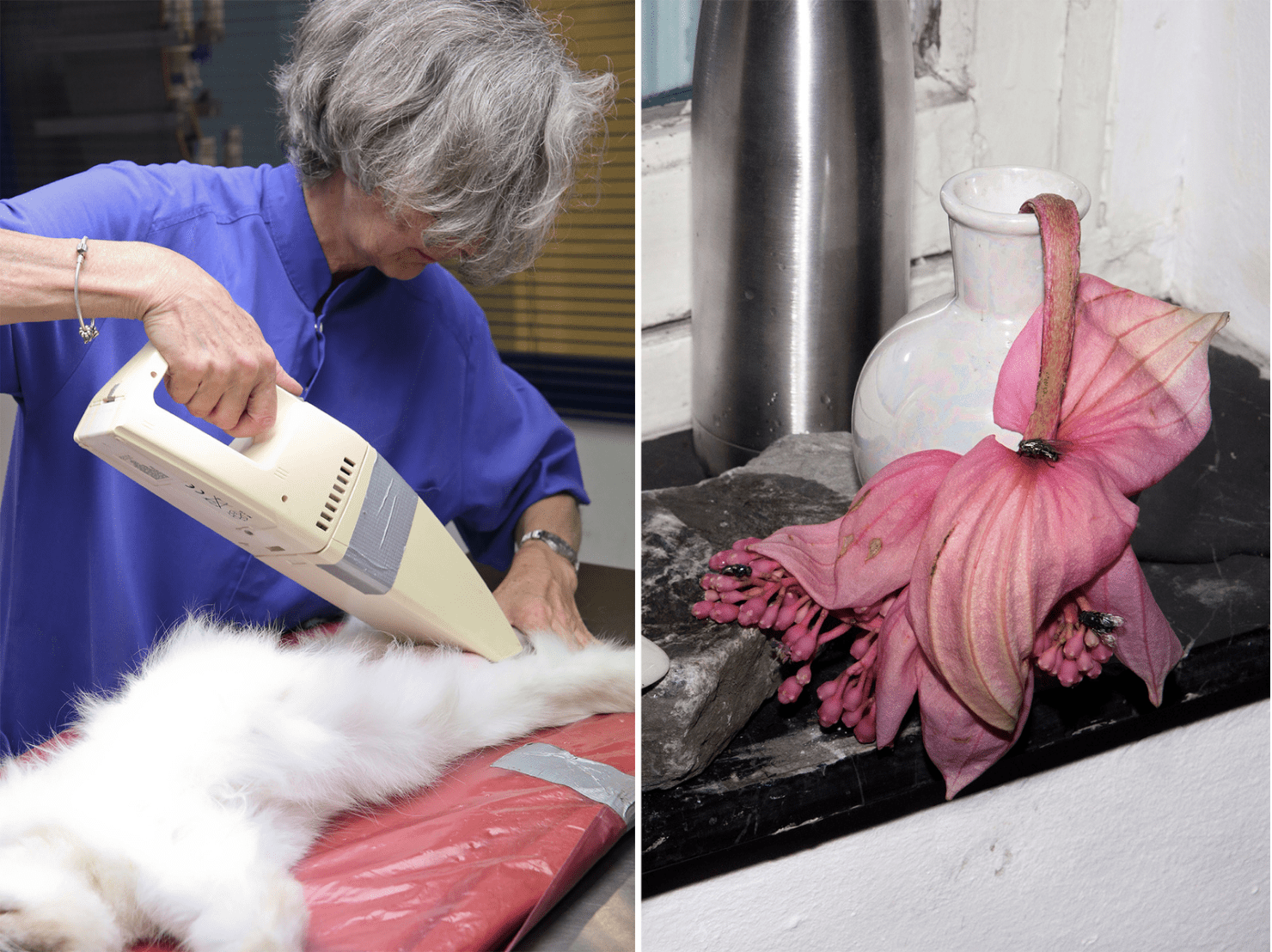 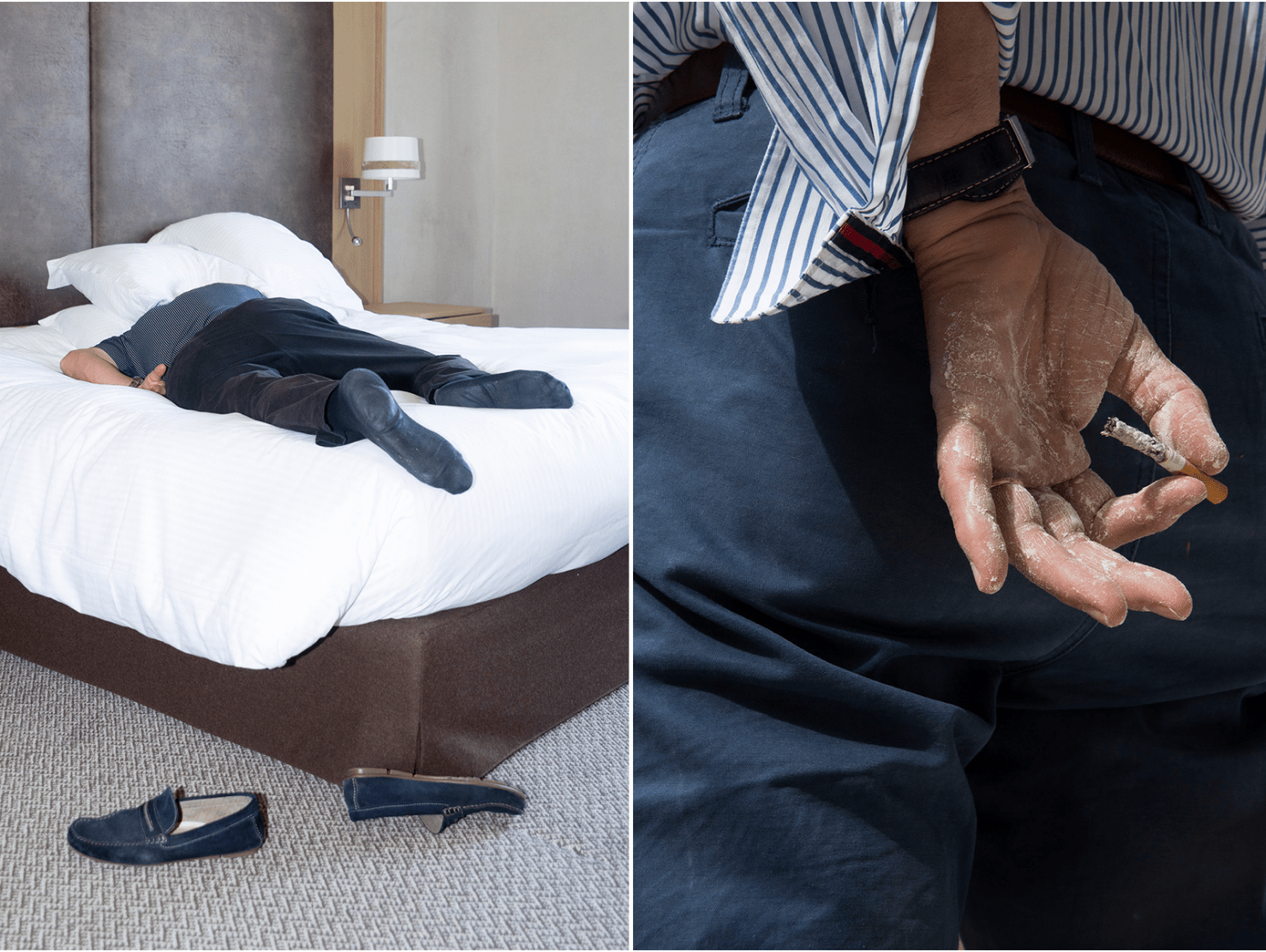 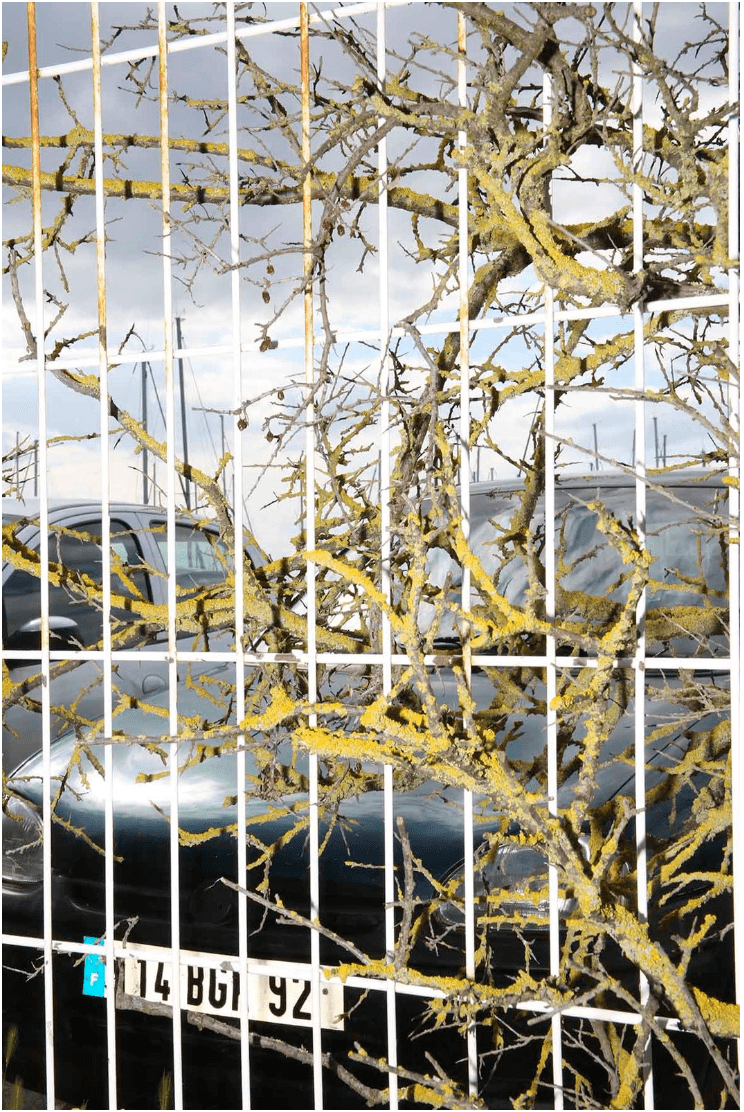 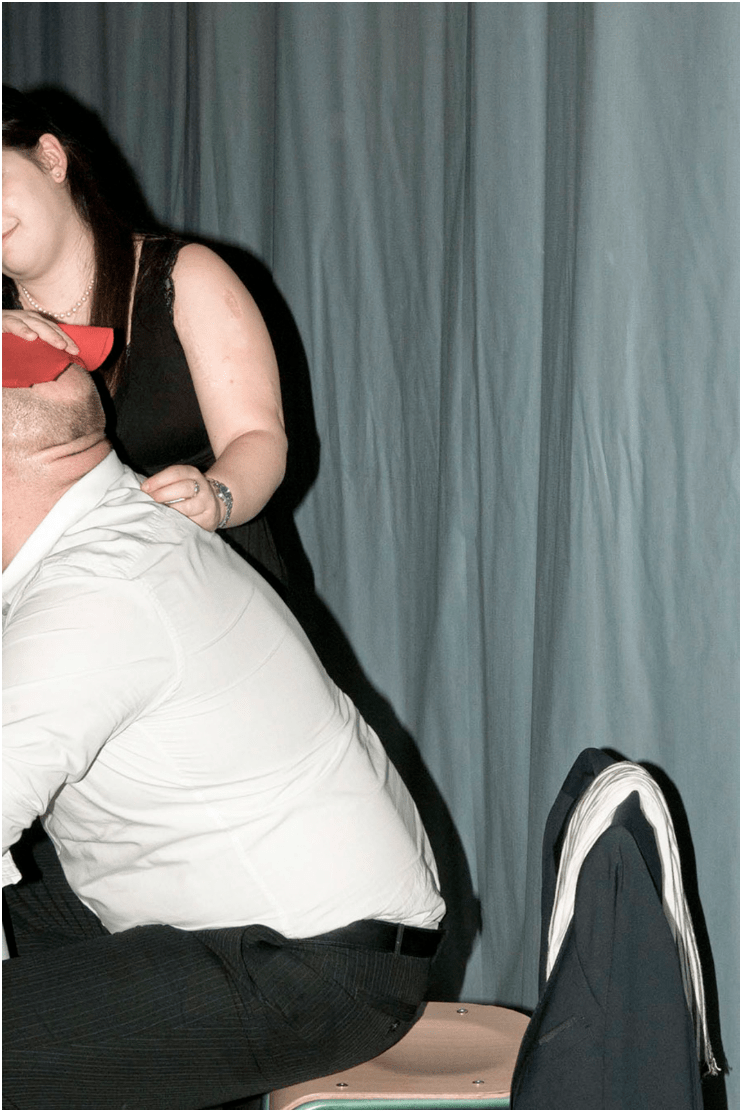 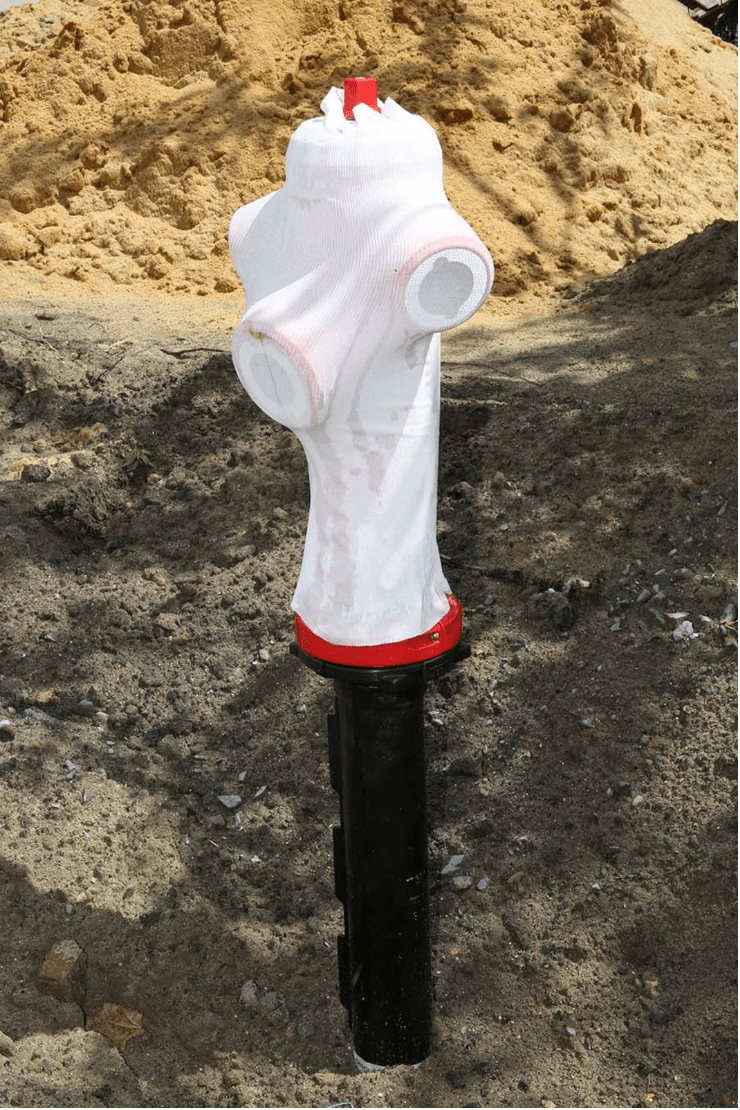 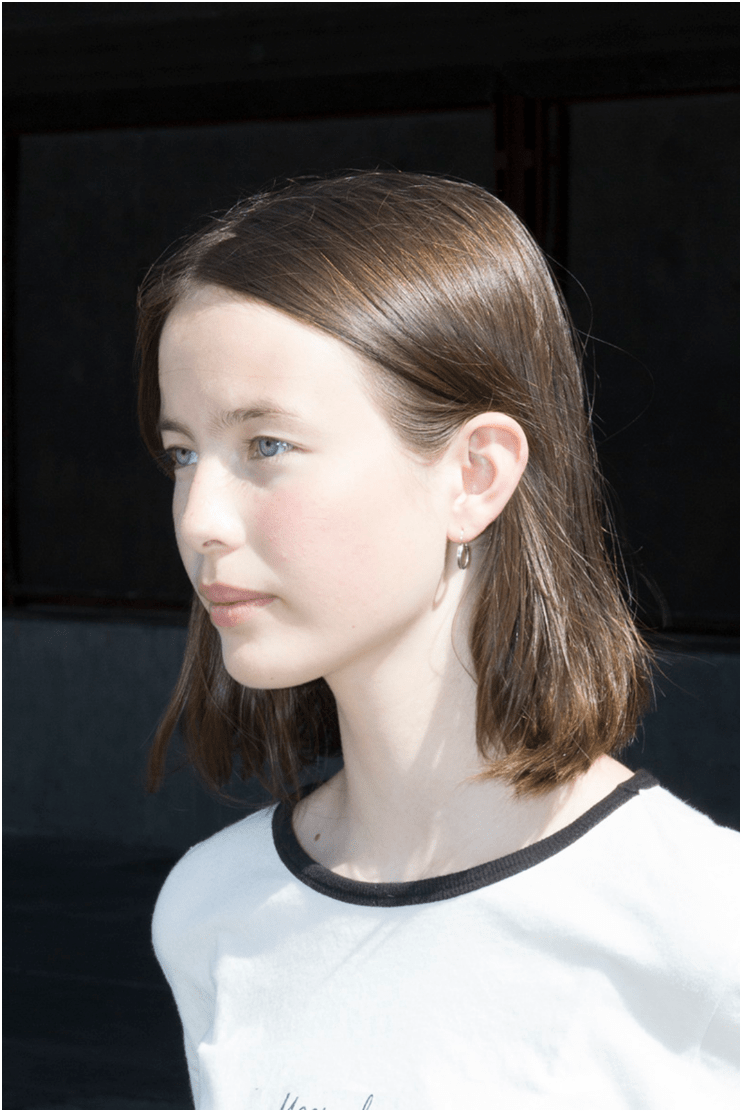 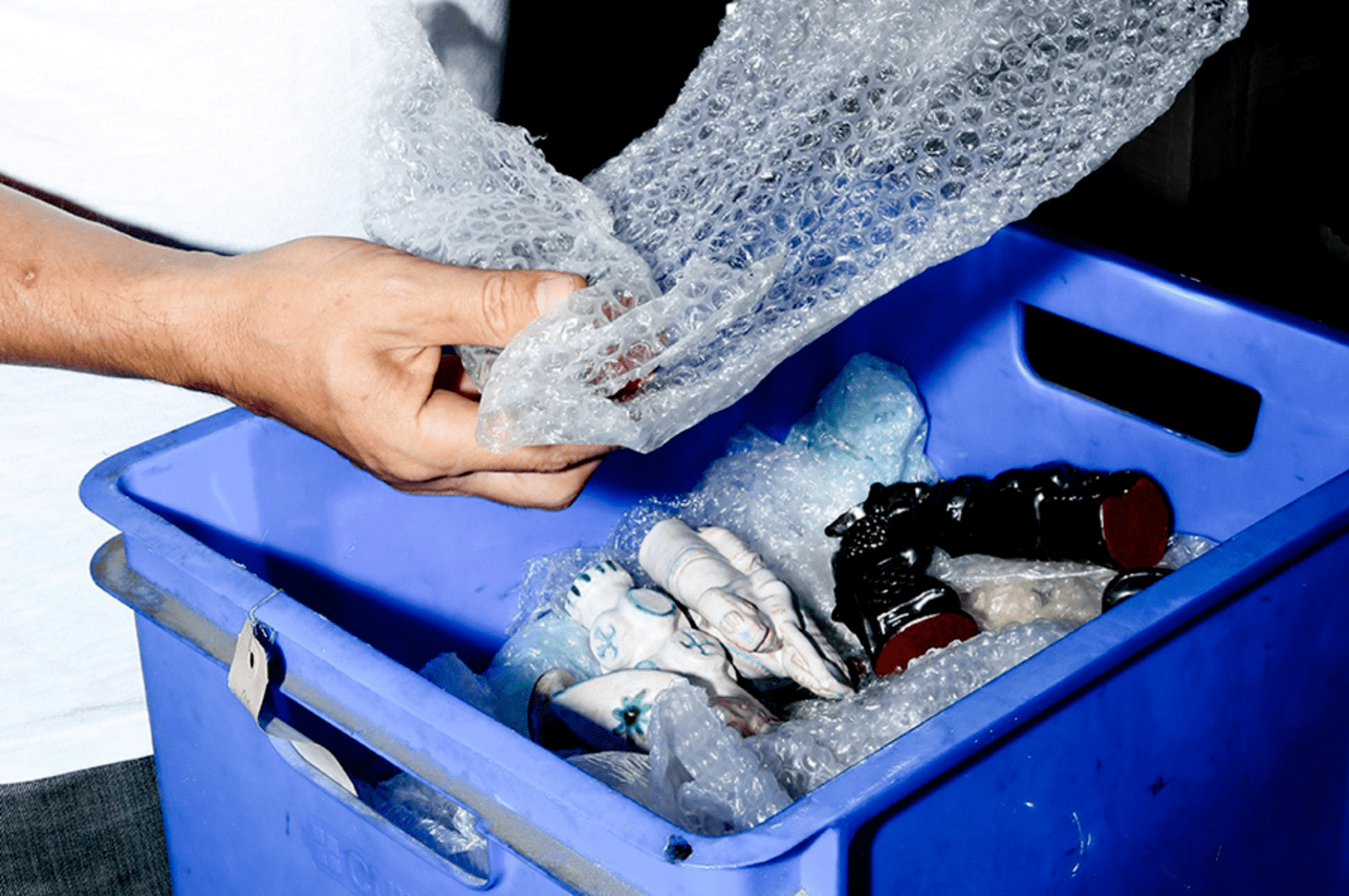 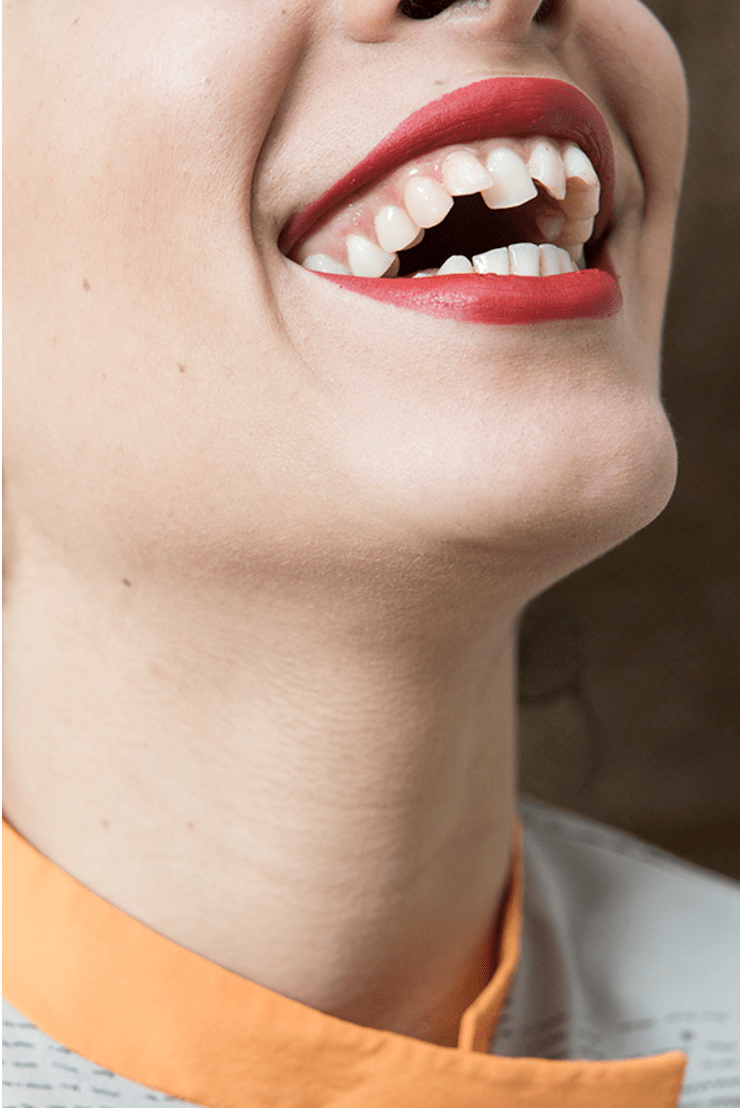 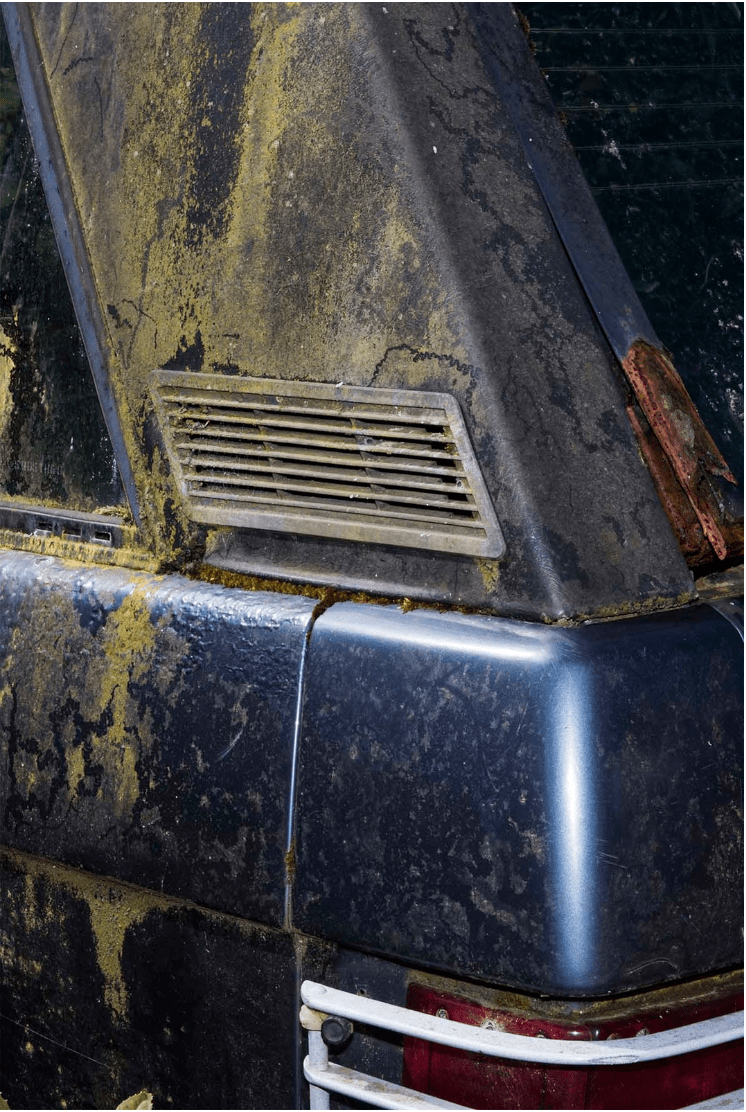 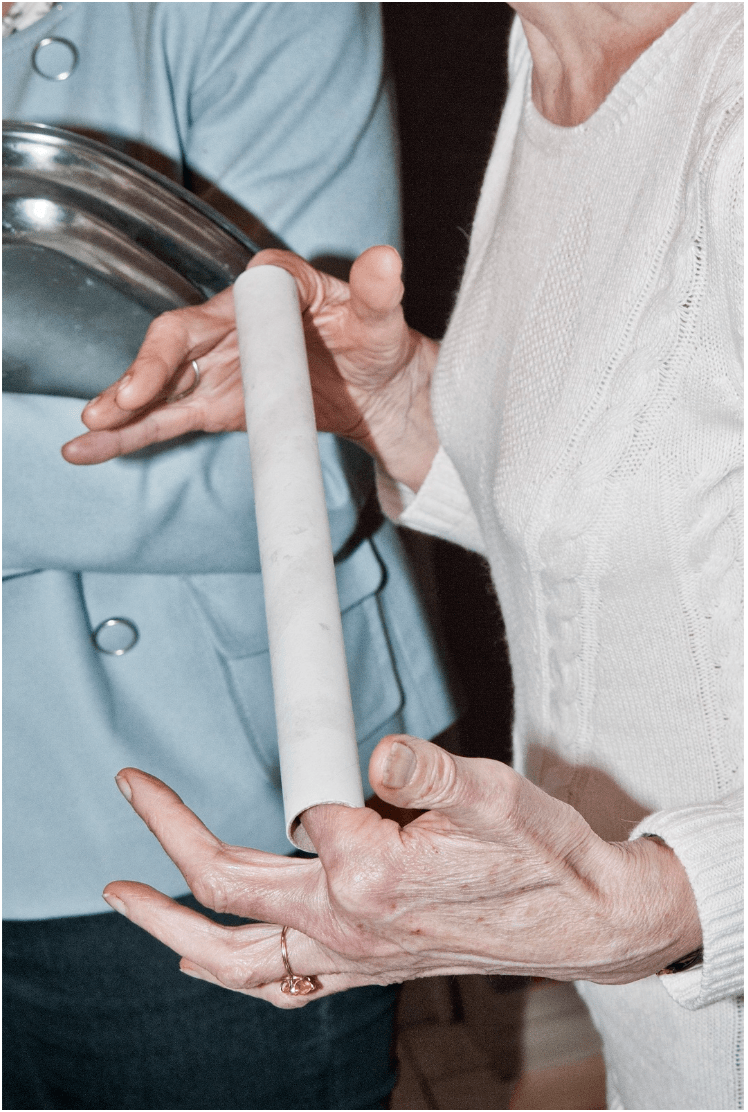 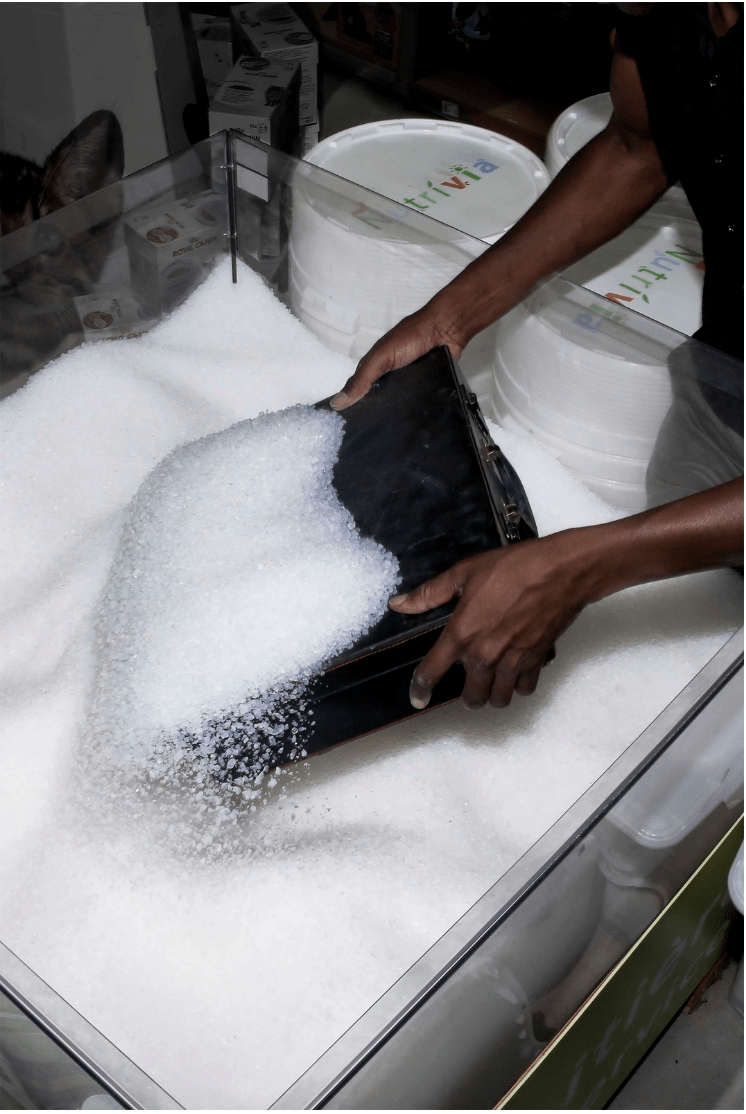 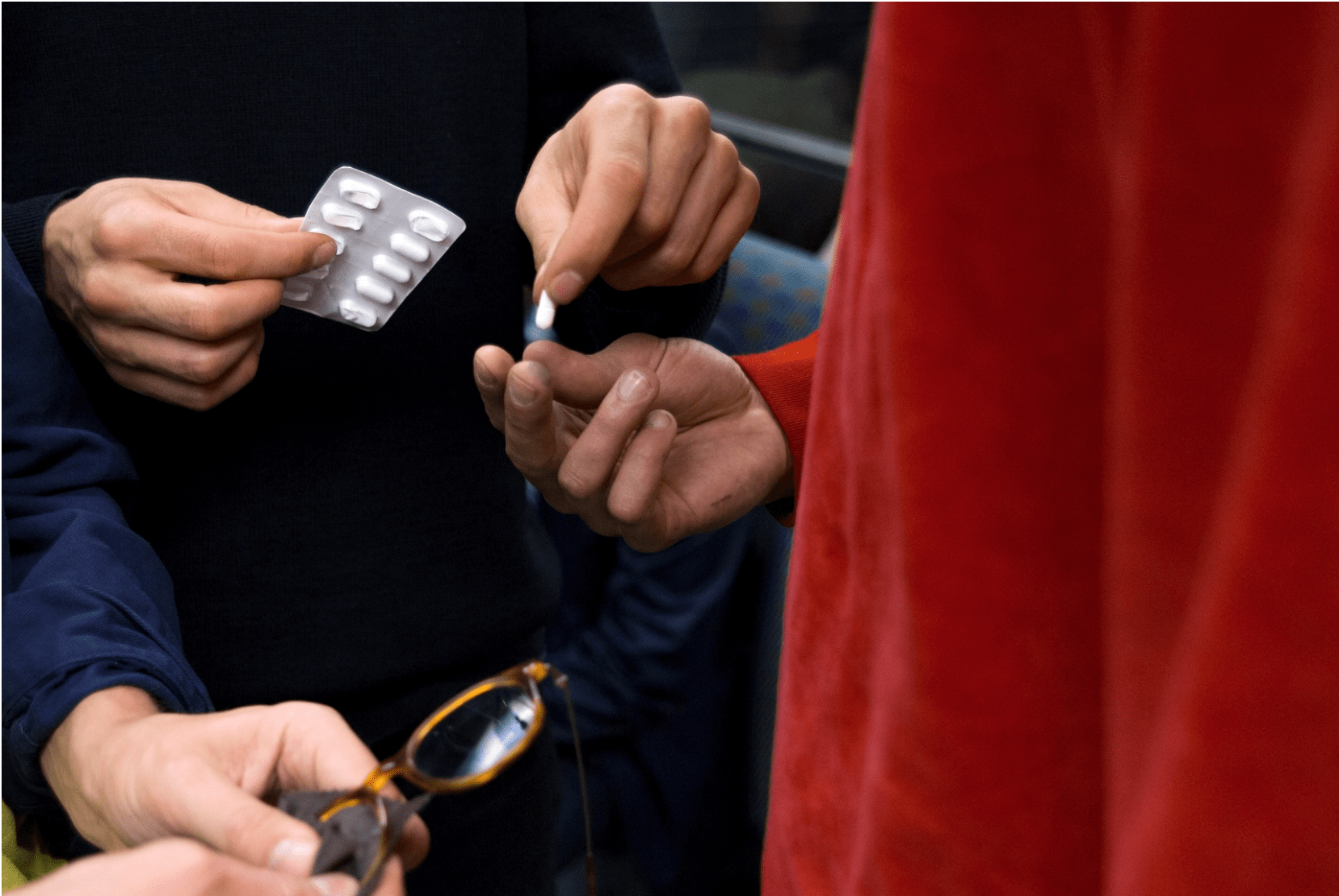 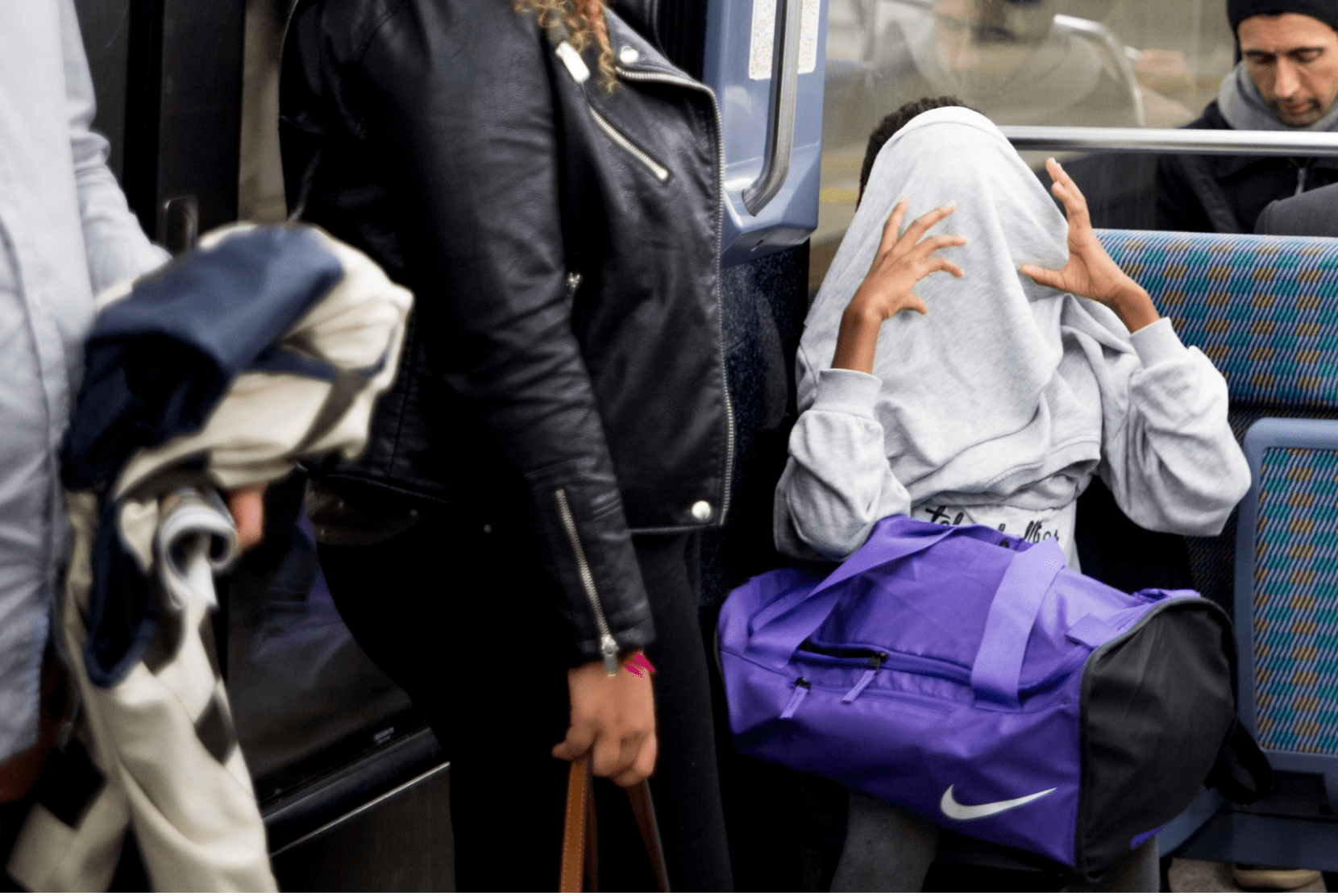 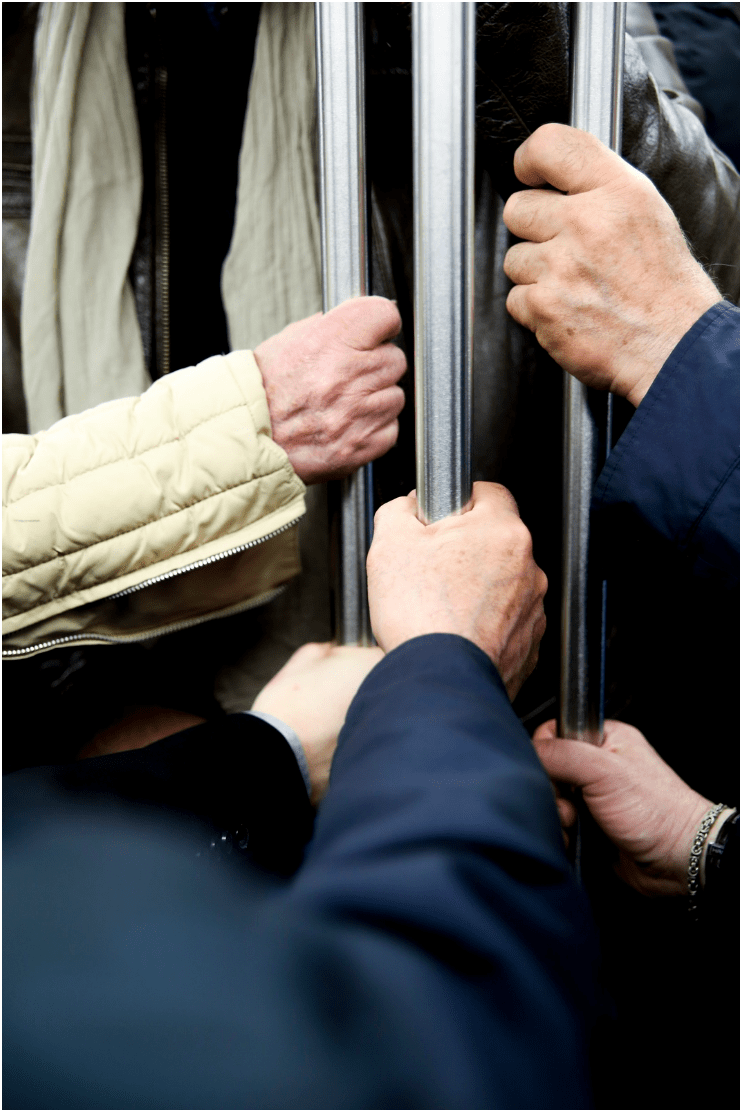 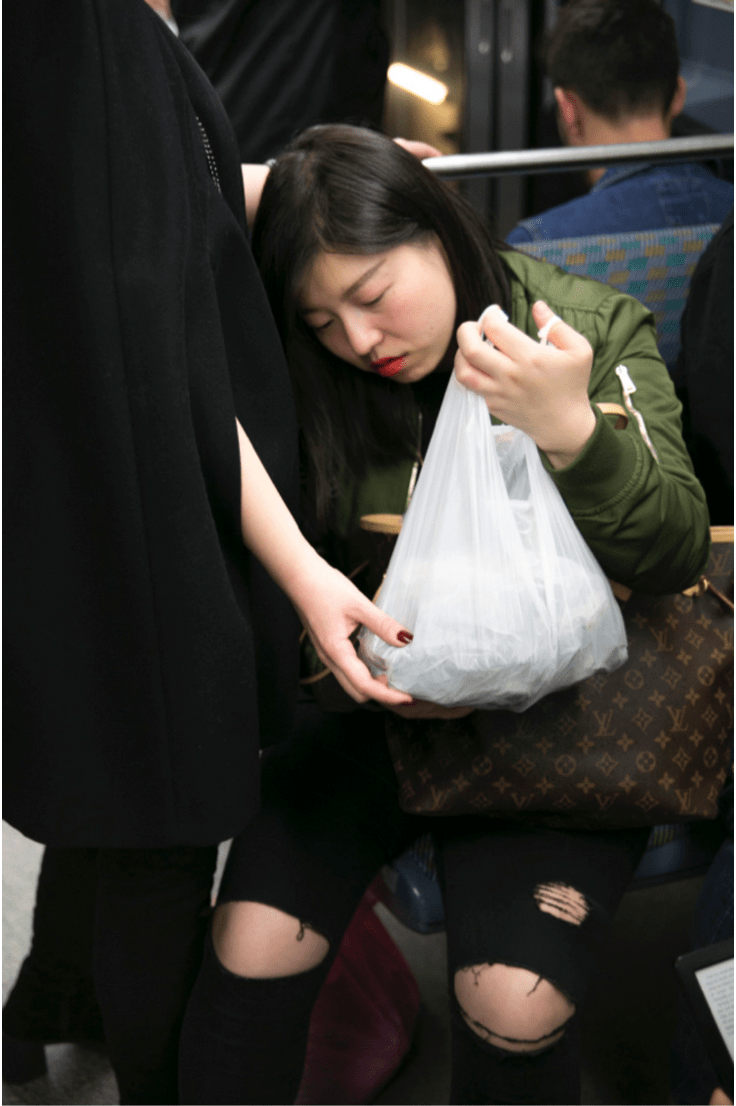 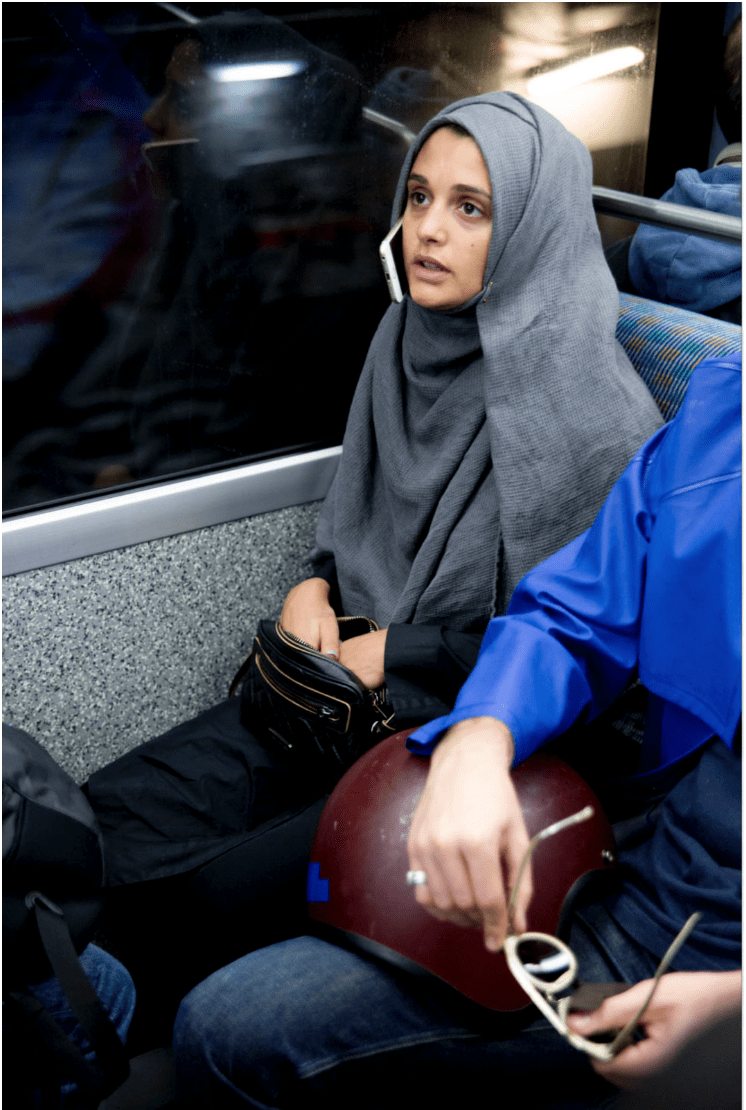 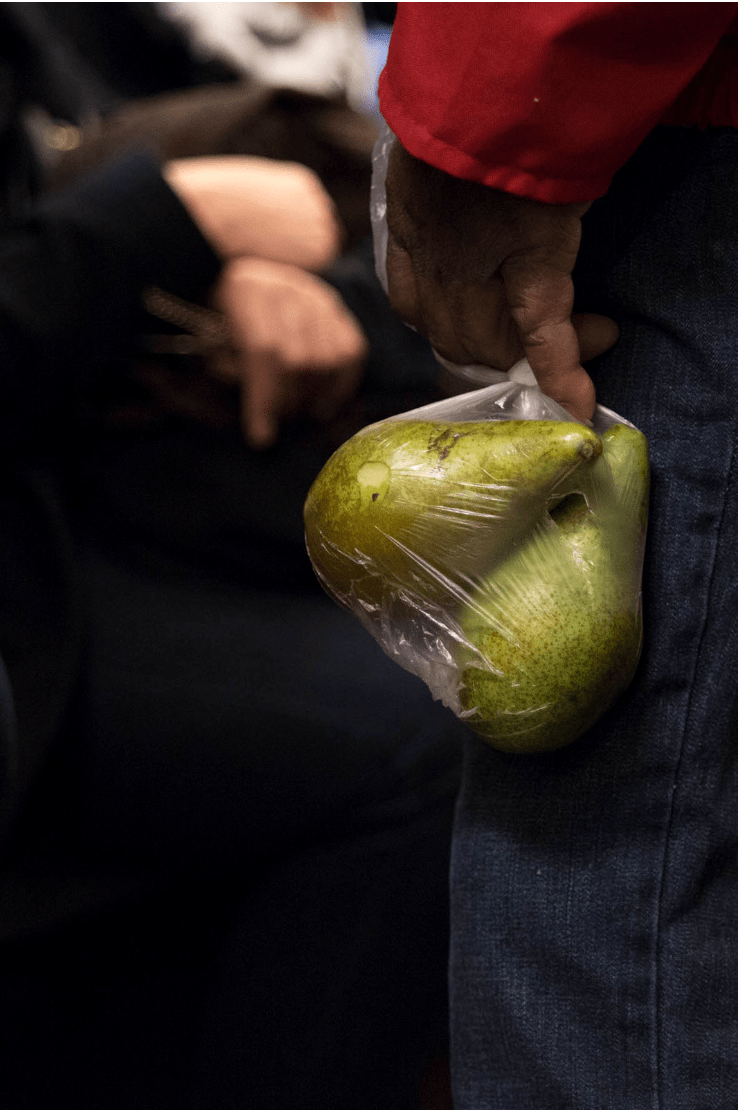 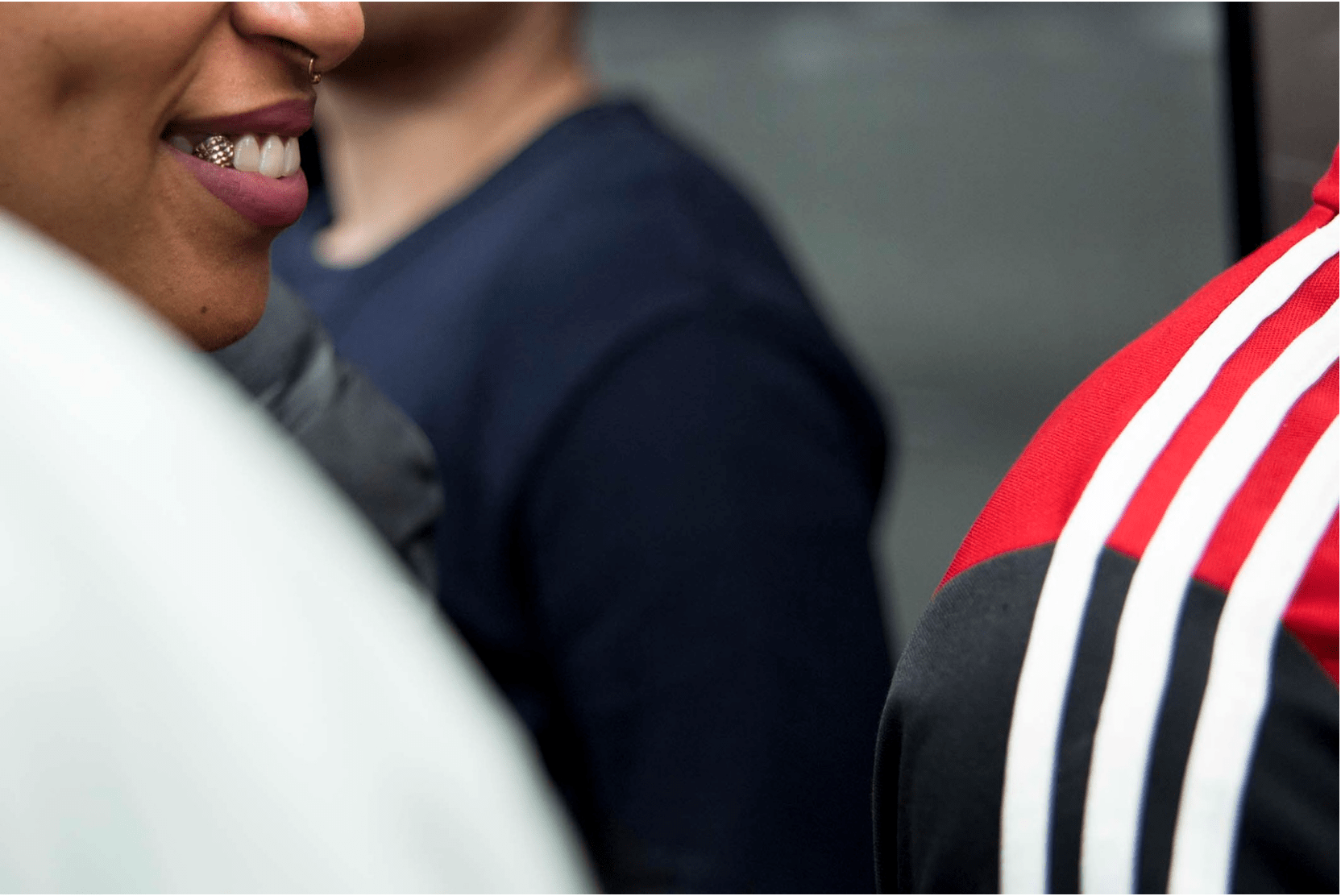 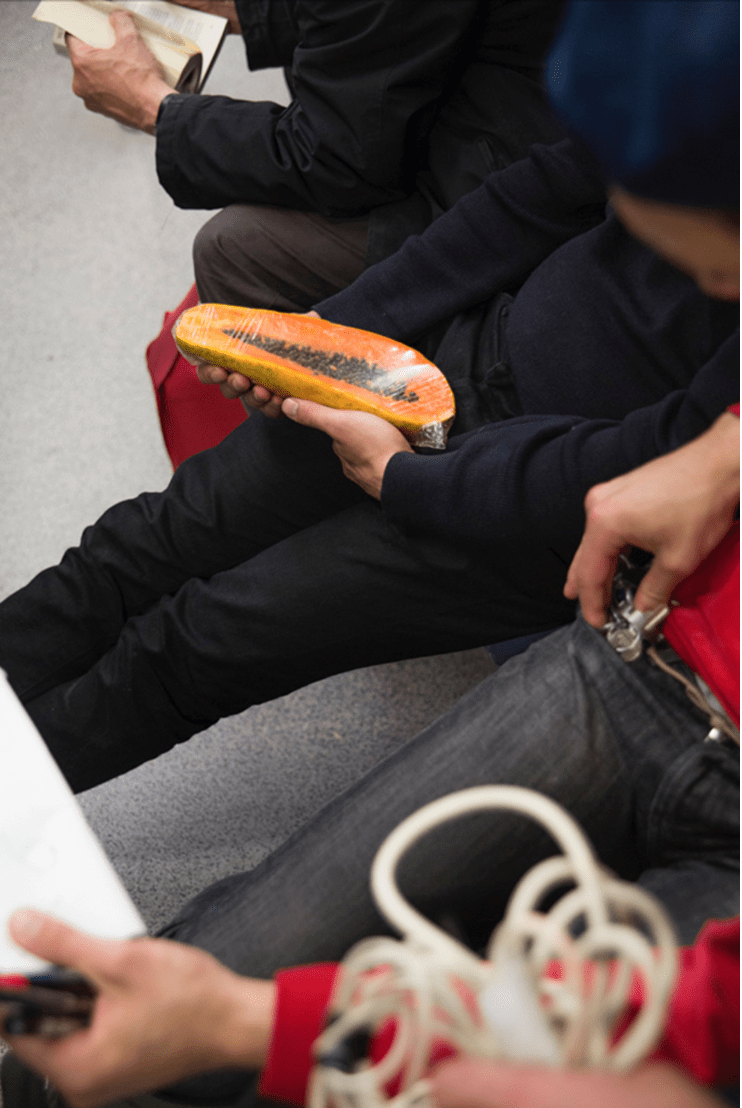 THIN LINE BETWEEN TRUTH AND FICTION: INTERVIEW WITH CAMILLE PICQUOT

Camille Picquot (b. 1990, France) is a photographer and cinematographer who works with documentary and fiction. Her visuals can be called both attractive and uncomfortable at the same time. They trigger our senses and present uncanny juxtapositions which create a precise representation of our time. Through her work, Picquot shares with the viewer how it feels to live in the absurd, dense, violent, yet somehow tender world of today. Until May, the artist is exhibiting her work at Flemish Cultural Center de Brakke Grond in Amsterdam. GUP spoke to Picquot about her view on contemporary society and discovered what inspires the artist to create powerful and exciting projects.

What projects are you exhibiting at Flemish Cultural Center de Brakke Grond?

I am exhibiting Domestic Flight, Total Ground, a triptych from the series Images du dedans and two movies that are dangling on the verge of fiction and documentary.

You are a photographer and a cinematographer. Is this correct?

Yes, although I did discover photography first, around 10 years ago. Then, at some point in my life, I needed to create a counterpoint for my still images to be able to tell stories in a more traditional way. That’s precisely how my encounter with film has happened. Since then, I am convinced that I should spread my work across the two mediums. It’s very convenient as some of my projects can only be executed by means of photography and not film and vice versa. For instance, Domestic Flight is a purely photographic project as it combines snippets of different visual fragments that do not follow a specific order. This allows the viewer to create theirown story within the given narrative.

Please tell us more about your project Total Ground

The entire series was taken in the Parisian subway and it’s the project that I learned the most from. Especially, I gained experience in working with models in a public space as half of the images of the project are staged. I realised that because people on a subway are super self-conscious and naturally stressed, taking snapshots is quite a challenge. Interesting to observe, since the lines between reality and fiction are less and less visible, it’s hard to tell what photos in the series were staged. Although I rehearse the desired behaviour with the models beforehand, I am open to unforeseen circumstances. For instance, for this series, I couldn’t just press the shutter, I had to wait for the composition to happen naturally.

“Since the lines between reality and fiction are less and less visible, it’s hard to tell what photos in the series were staged.”

How do you choose your models?

Most of my models are my friends and they helped me a lot in Total Ground, the project that required the participation of a large crowd. However, for the series Domestic Flight, I went through a real casting, carefully choosing each model. Sometimes, I also scout people on the street. You know when you casually look and then suddenly, someone strikes you? I have this often. Then what I do, I follow the person, and without being very creepy ask if he or she wants to be my model. It usually works!

Why did you opt for the subway location in Total Ground?

The subway concentrates a lot of current phenomena in one place. All the micro events start having a macro meaning when you begin to pay attention to them. In my opinion, a subway is the only public place where people manage to have intimate behaviour. Therefore, this specific environment is a unique combination of hostility and human warmth. If I would ever meet aliens who would like to know all about our society in one day, I would take them straight to the subway. Only there they will have an insight into our strange behaviour and observe how we are inclined to form groups, and at the same time openly ignore each other. I specifically chose the Parisian underground because it’s very crowded and stressful. It took me two and a half years to realise that my project was ready to be shown. However, I am thinking of repeating the same series in 10 years’ time for the sake of curiosity.

Tell us about your post-production techniques

I actually avoid cropping my images. It is probably because I don’t work with artificial light a lot, so I have to be good at establishing the rhythm and arranging different shapes within a frame. I feel at ease creating a composition during a photo shoot, it comes to me naturally.

What was your inspiration for Domestic Flight?

The reason behind this name isn’t rational but poetic. My inspiration for this project was born at the airport. In the same fashion as the subway, an airport is another interesting space to reflect upon. It’s a controlled and monstrous environment that nonetheless has a human touch to it. My intention was to show that things around us can be both attractive and repulsive.

Can your work be viewed as uncomfortable for some?

Yes, by all means. For instance, in Total Ground, I intentionally made close-ups of personal belongings like a bag of pears, pills, a ball etc. As we don’t usually observe each other while commuting, being taught that this is impolite, some people might be bothered by these images. This series, together with Domestic Flight, proves that things in life aren’t either black or white. The colours and the composition might attract some, but the intention of the photographer might also make the viewer feel uneasy.

“My intention was to show that things around us can be both attractive and repulsive.”

How much do you want to explain about your work in an exhibition?

Last time I experimented with including captions under the images was during my showcase at FOMU in Antwerpen. However, with the exhibition at Flemish Cultural Center de BrakkeGrond, I came to the realisation that my photographs already communicate a stronger message without any words. I want to see my viewers creating their own stories with my images instead of imposing my personal version of the narrative.

Tell us more about your work process, when you start photographing do you have a final result in mind or do you leave it to chance?

I always have a specific idea that I want to convey before I start photographing. However, my love for randomness and accidents tends to manifest itself in all my projects from time to time. For example, the reason for photographing in a subway for Total Ground linked to my desire for creating staged images in the place where it’s impossible to stage. The subway is chaotic and stressful, but in order to come up with a visually strong project, I have to enter a constant interruption mode.

What inspires you on a daily basis?

My inspiration and my routine change depending on a project. For instance, for Domestic Flight, I strolled around the city aimlessly day by day until I realised I had enough evidence for the project. Cinema also inspires me and you can see this in the triptych from the series Images du dedans. Three images follow the cinematic narrative and show three different angles of the same scene.

“I want to see my viewers creating their own stories with my images instead of imposing my personal version of the narrative.”

Are you currently working on something new?

The two movies presented at this exhibition became a stepping stone in my filmmaking oeuvre. The movies I have produced so far are a combination of fiction and documentary, but my upcoming movie will be pure fiction. I got funding from Vlaams Audiovisueel Fonds and I’m already working on a script for a middle-length film. A little spoiler here: the story will be about keys! Regarding photography, I really would like to create a photo-novel, a book where photographs resemble moving images. It will be done in the same way as my series Images du dedans: each image will show a different angle of the chosen by me subject. If everything goes right, I am done with both projects in less than two years.

What are the recurrent themes in your work?

There are several themes that attract my attention. The first one is how humankind interacts with reality, the second one is cohabitation of opposites and the idea that things cannot be separated. The last one is my strong connection to fiction. I honestly believe that the reality we live in is nothing but a successful fiction. On the other hand, the notion of fiction that is imposed on us is actually a meticulously planned reality.

What are you looking to achieve with your projects?

In my work, I’m looking for the possibility of intersecting human senses like sight, smell, hearing, taste and touch. Once, one of the viewers at my exhibition told me she heard a sound and had goosebumps whilst looking at the photos from Domestic Flight. Her feedback left a significant impact on me, it made me want to create more work that will make my viewers experience this awareness again and again.