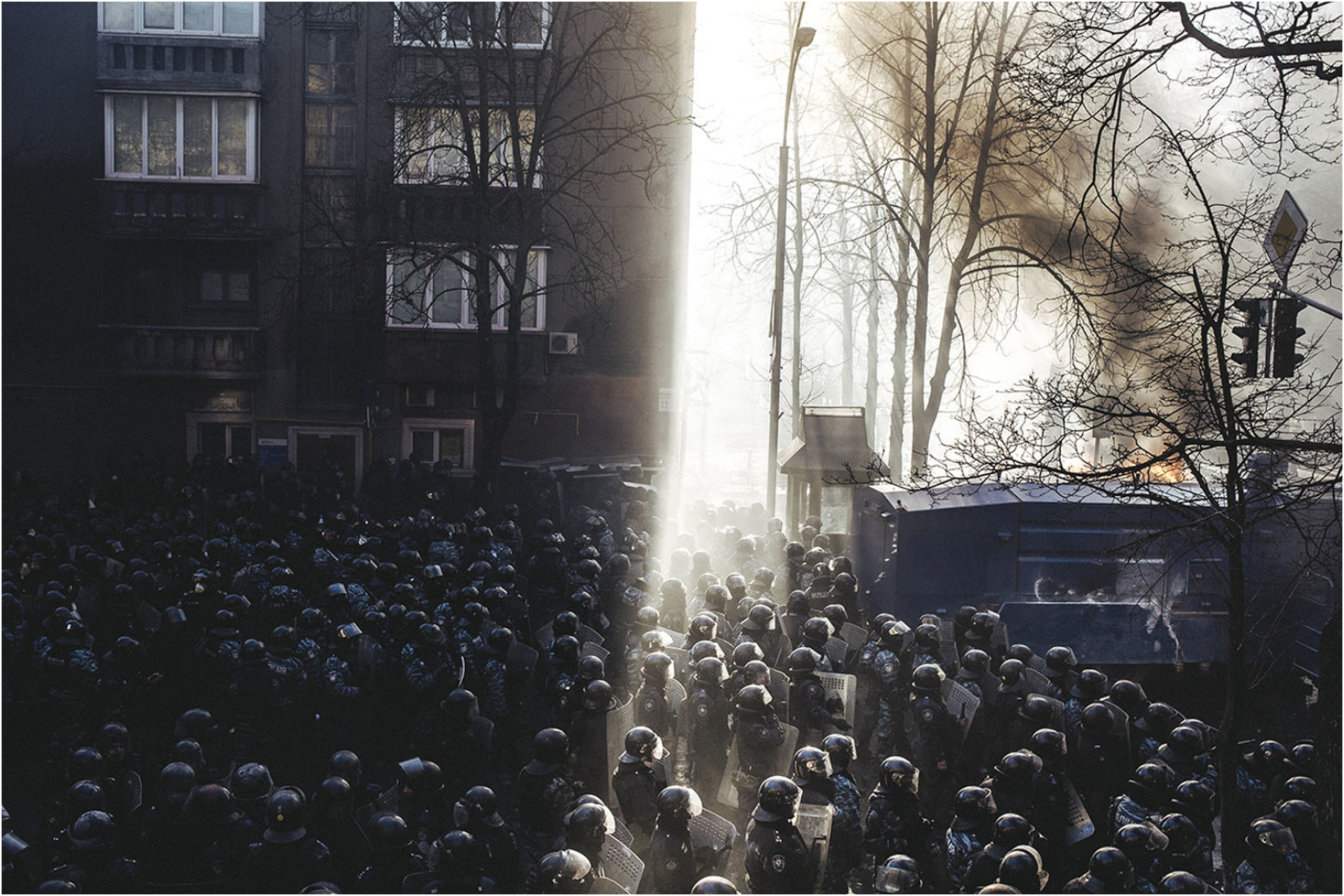 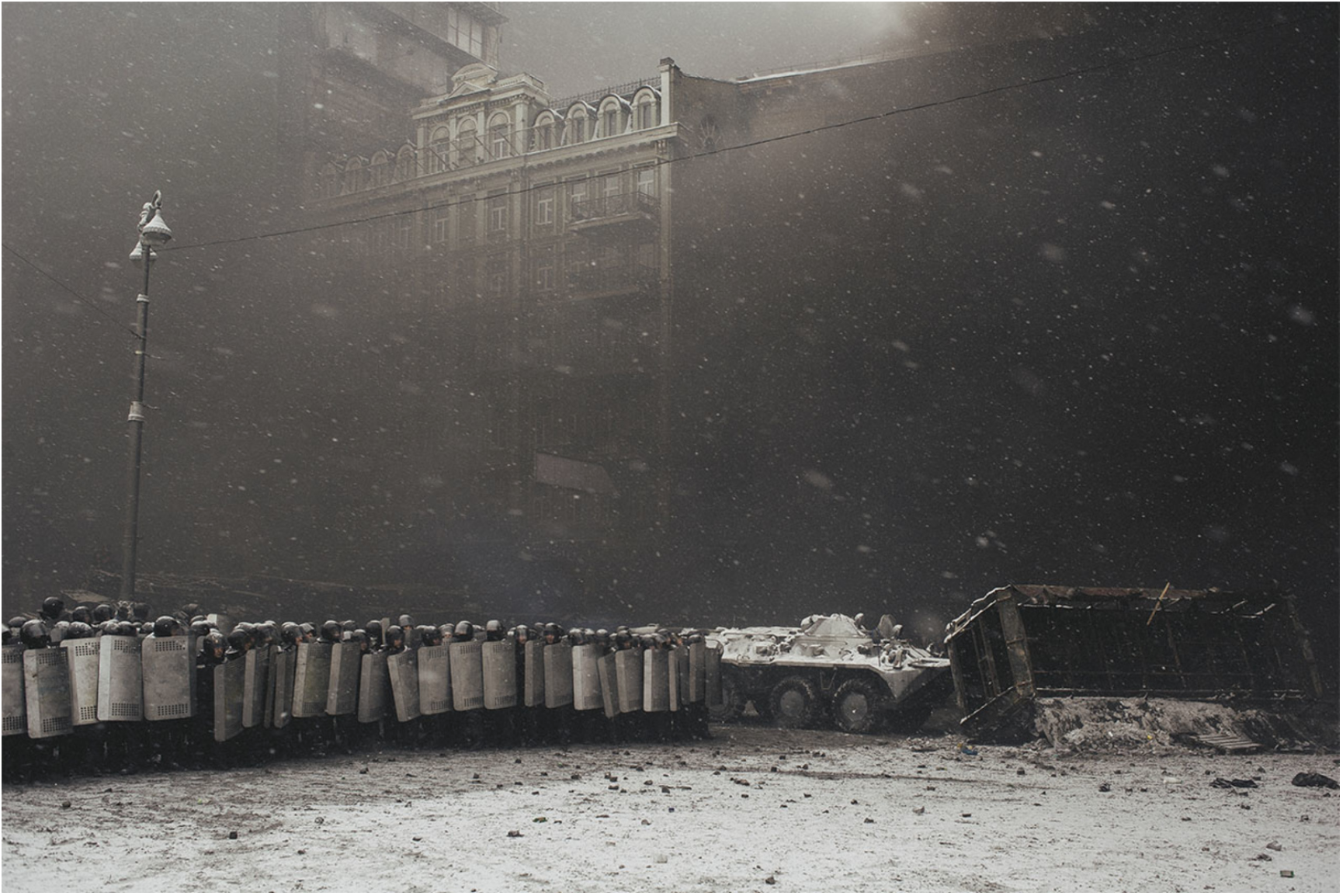 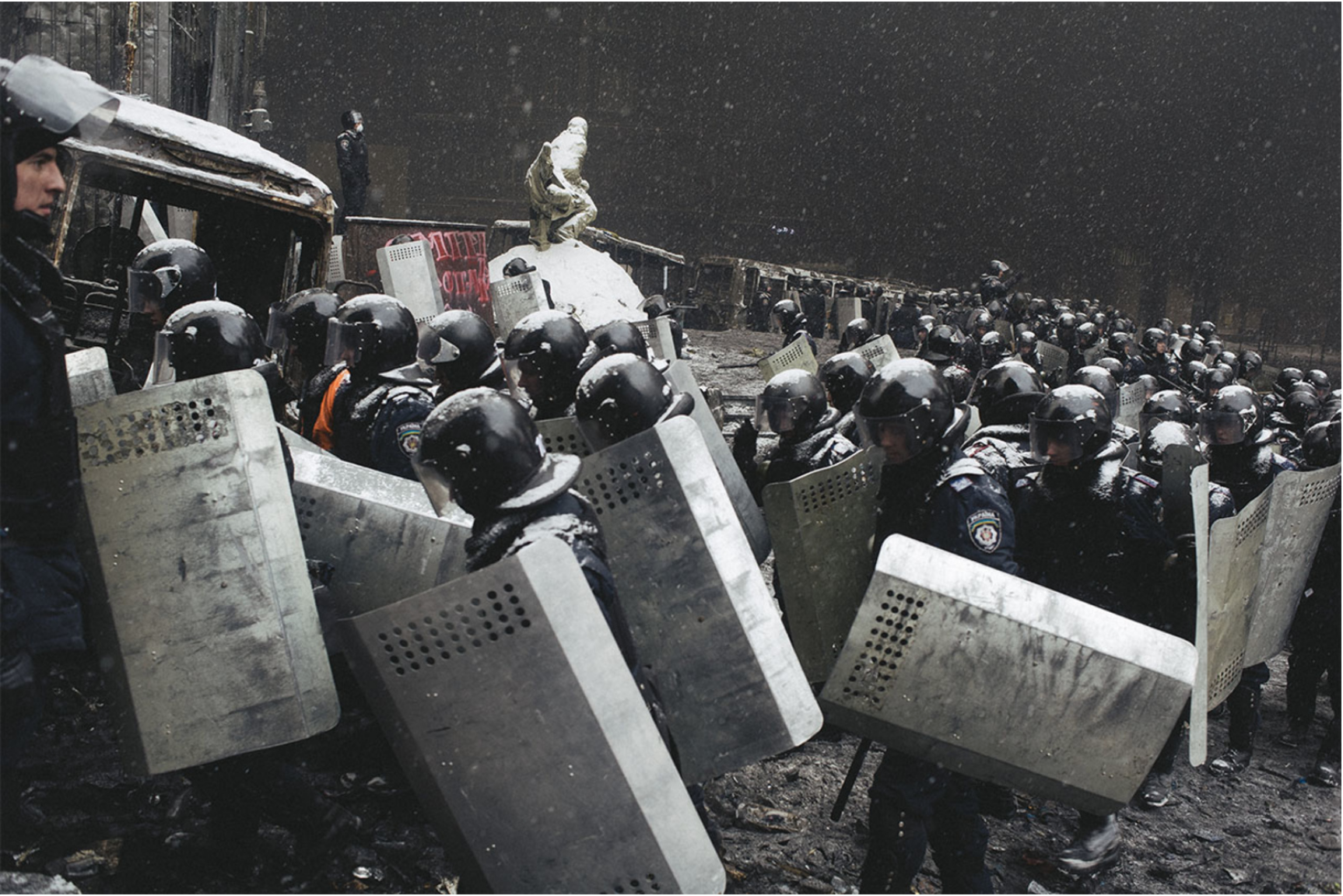 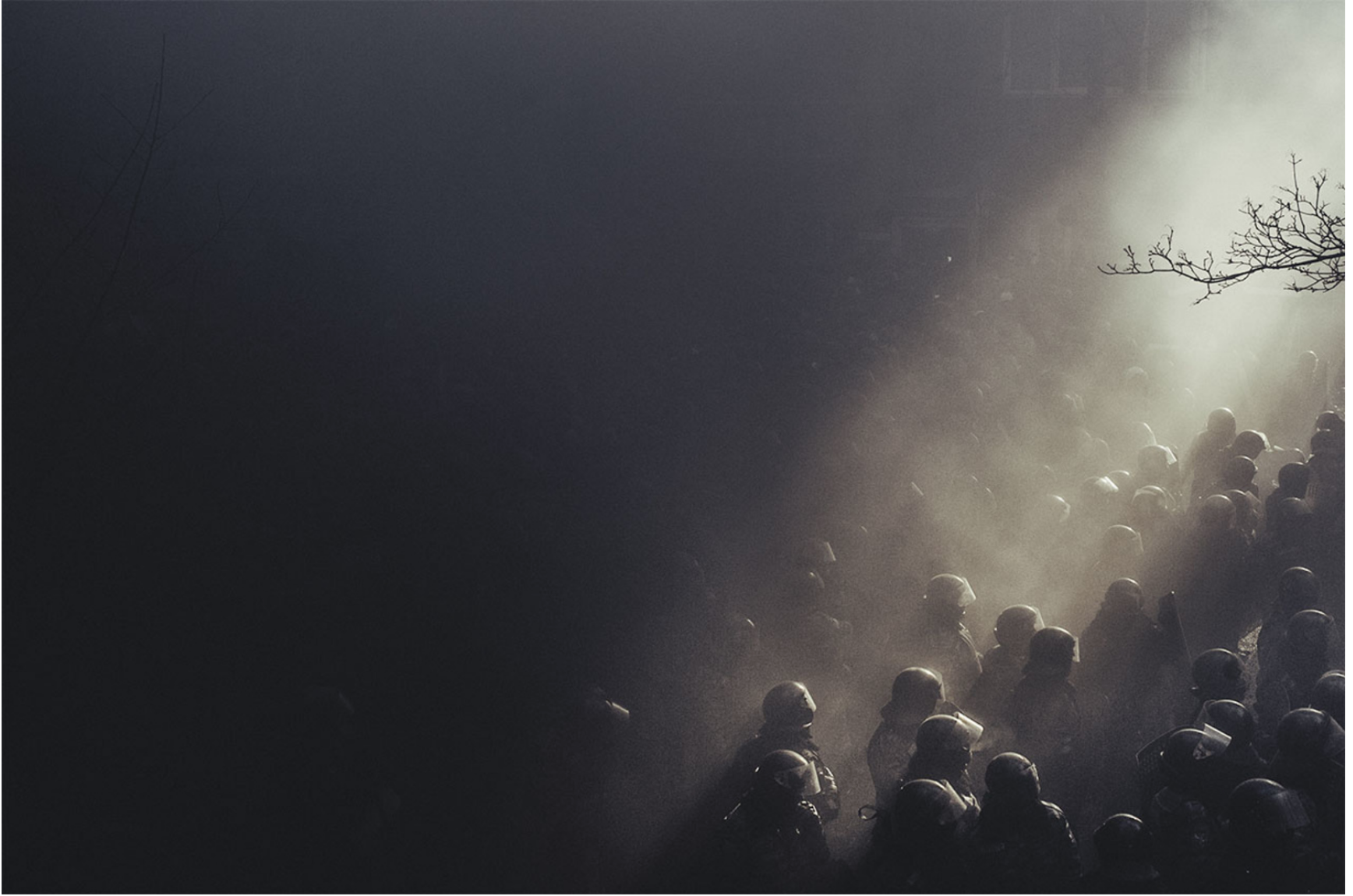 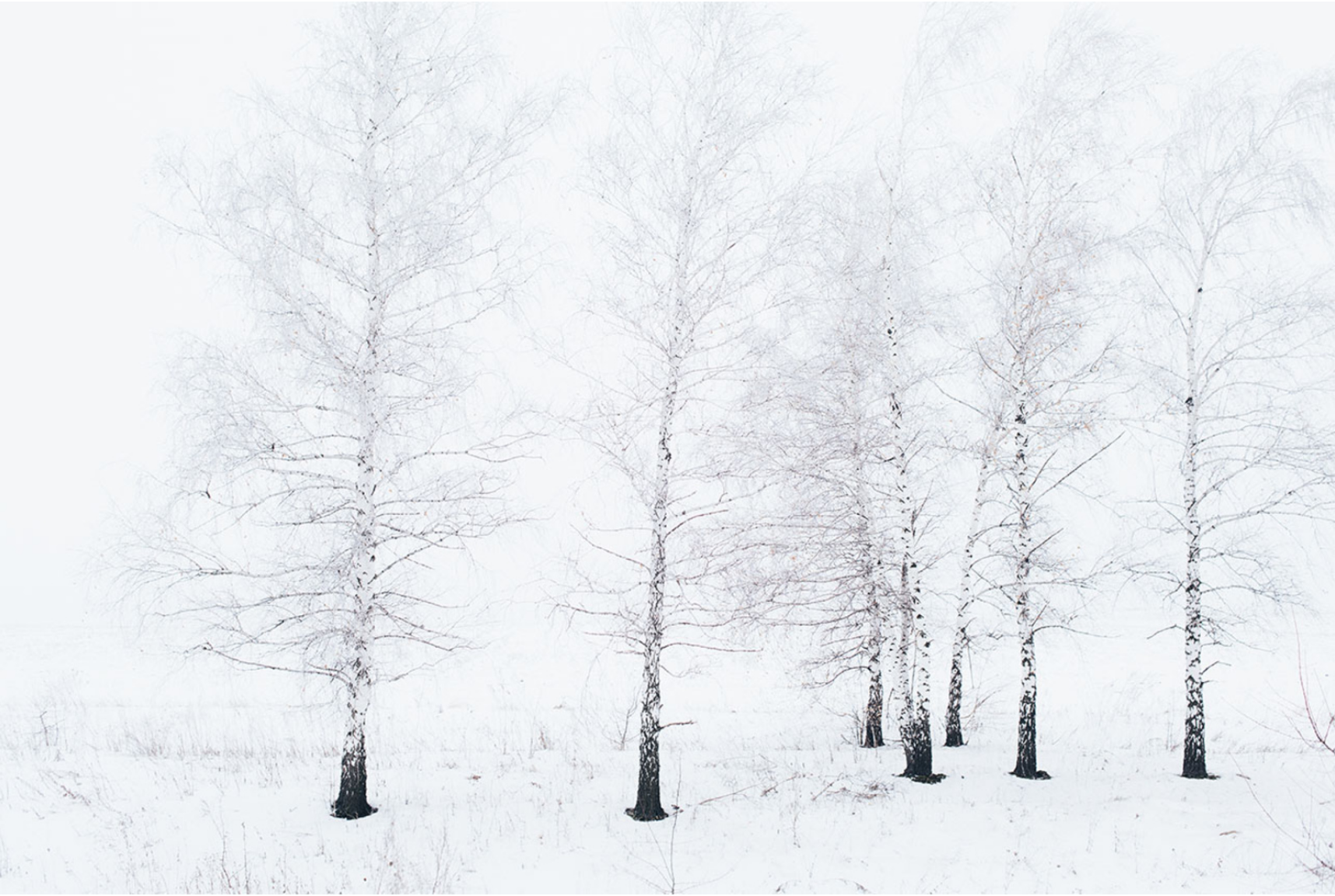 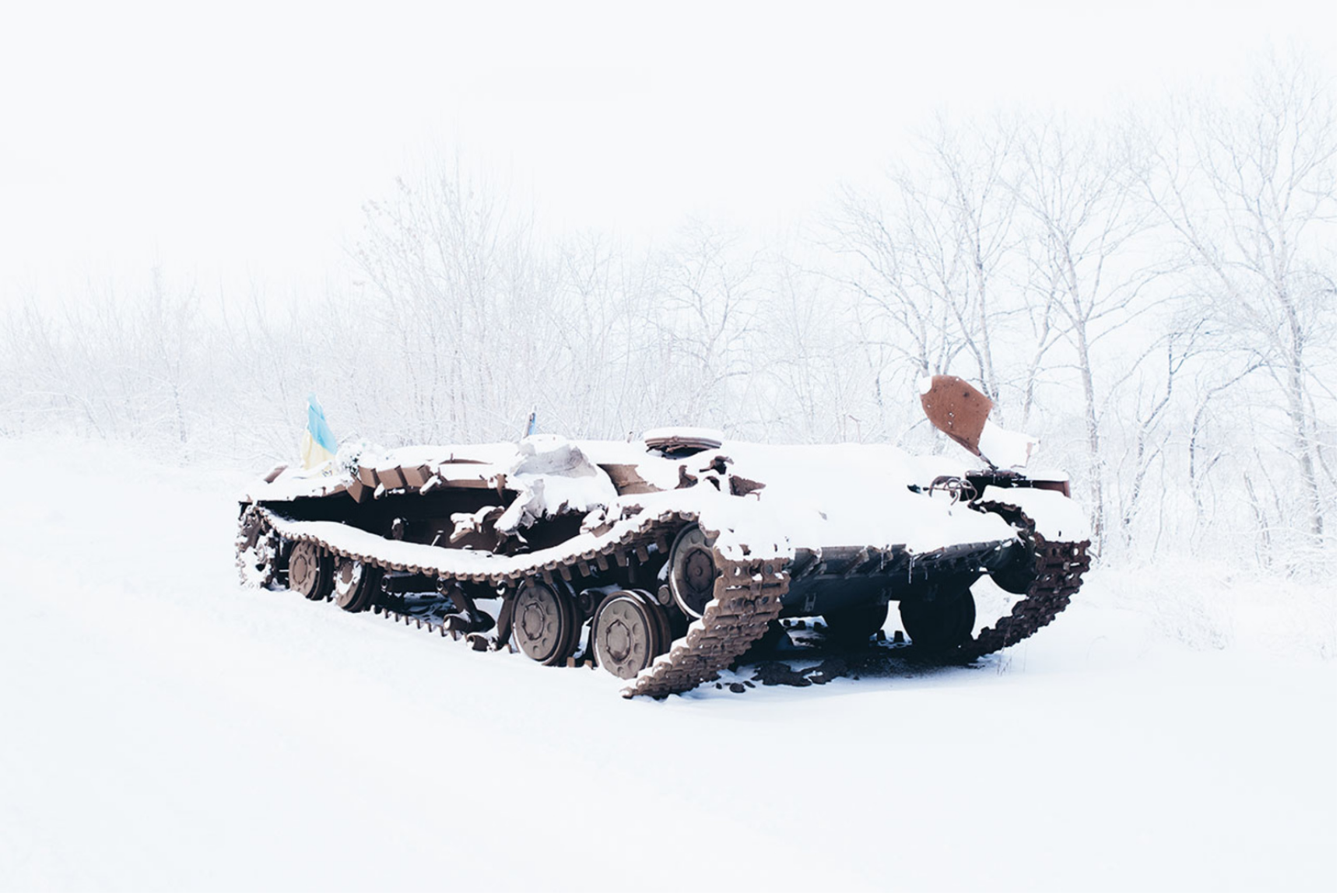 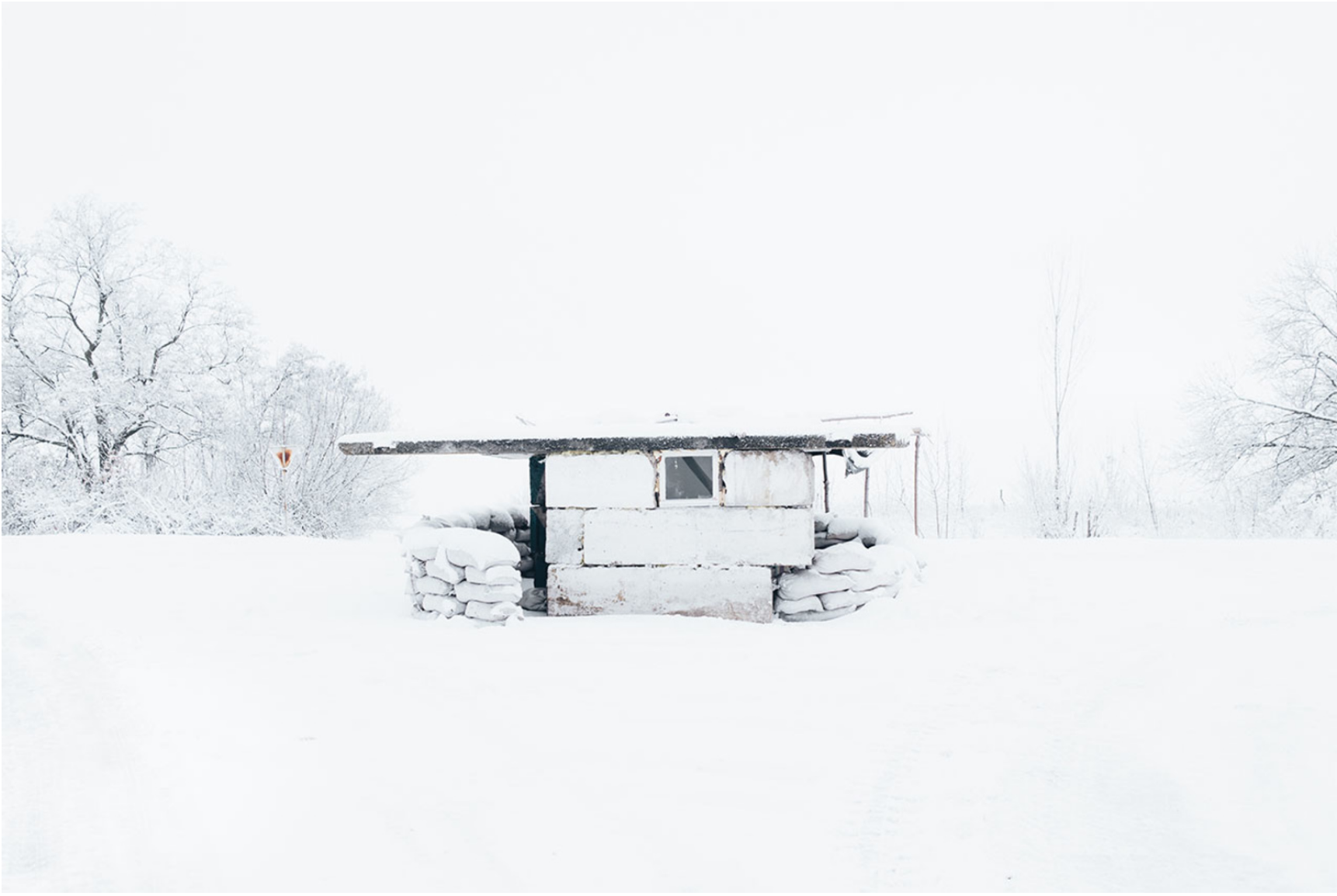 THE TURNING POINT OF CONFLICT

“Peace is not the absence of conflict, but the ability to cope with it,” Mahatma Gandhi said. While woe-filled women and men have wondered since time immemorial whether true peace is possible, conflict has nevertheless played an important role in making us who we are today. It’s a tool to express our emotions, assert our values and learn what to do when others do the same. Yet, despite the prospect of positive gains, conflicts turn and twist in the blink of an eye: the tiniest spark can ignite the flames of battle.

Ukrainian photographer Maxim Dondyuk (b.1983) experienced first-hand what it meant to be in a conflict area. In his series Culture of Confrontation, he documented the bloody wave of protest in capital city Kiev during the winter of 2013, better known as Euromaidan. This civil unrest was sparked by disagreement as to whether Ukraine would be better off allying itself with Russia or the European Union. When the Ukrainian government suspended the signing of an association agreement with the EU, protests kicked off, and were fuelled by the perception of corruption, abuse of power and violation of human rights.

Dondyuk’s cinematic images show the rumblings of civil discontent that escalate into metaphor as a battle between light and dark, good and evil. Experimenting with scale, he inspires various narrative interpretations of one culture that fought with great passion and intensity for a better future and another culture more nostalgic about their past. Throughout the series, it’s quite discomforting how ‘appealing’ the images appear. Dondyuk himself described the distressing beauty of the revolutionary canvas, as bloody scenes interweave with visually aesthetic views. He states: “Euromaidan became one of the most beautiful revolutions, like scenes from [a] Hollywood film.”

Yet, we should not get so lost in the beautiful metaphor that we lose the sense of horror. As Tim O’Brien writes in his book The Things They Carried: “If at the end of a war story you feel uplifted, or if you feel that some small bit of rectitude has been salvaged from the larger waste, then you have been made the victim of a very old and terrible lie.”

In Dondyuk’s next series, Between Life and Death, he shows us that time doesn’t heal all wounds. We see the gloomy wrecks of tanks and look-out bunkers covered in clean white snow. It’s the aftermath of the conflict.

The series engages with the difficulty of moving on, after a conflict has supposedly been resolved. While there’s a clear conceptual contrast between black and white, in reality, between the two is a full spectrum of grey. Likewise, in conflict situations, boundaries are often blurred. Good and evil are naïve simplifications, and while any conflict might have its ‘end’, those involved can be haunted by it, ever after. “War takes any meaning and breeds emptiness,” Dondyuk writes. “An emptiness that burns all around leaving just ruins, storing the memories of war. A person’s mind, traumatized after the war, is like the deserted landscapes of ruins.”

Dondyuk’s series illustrate that battles are ultimately won and lost in the mind. Photography, therefore, can help us to explore the emotions experienced. It makes the invisible visible and holds up a mirror to man’s inhumanity, as we move back and forth between the light and the dark. Through his symbolic images, we’re reminded that the real enemy is within us.

The Turning Point of Conflict was featured in GUP#56, the Transition issue. See more images from Dondyuk’s series in our online portfolios: Culture of the Confrontation and Between Life and Death.