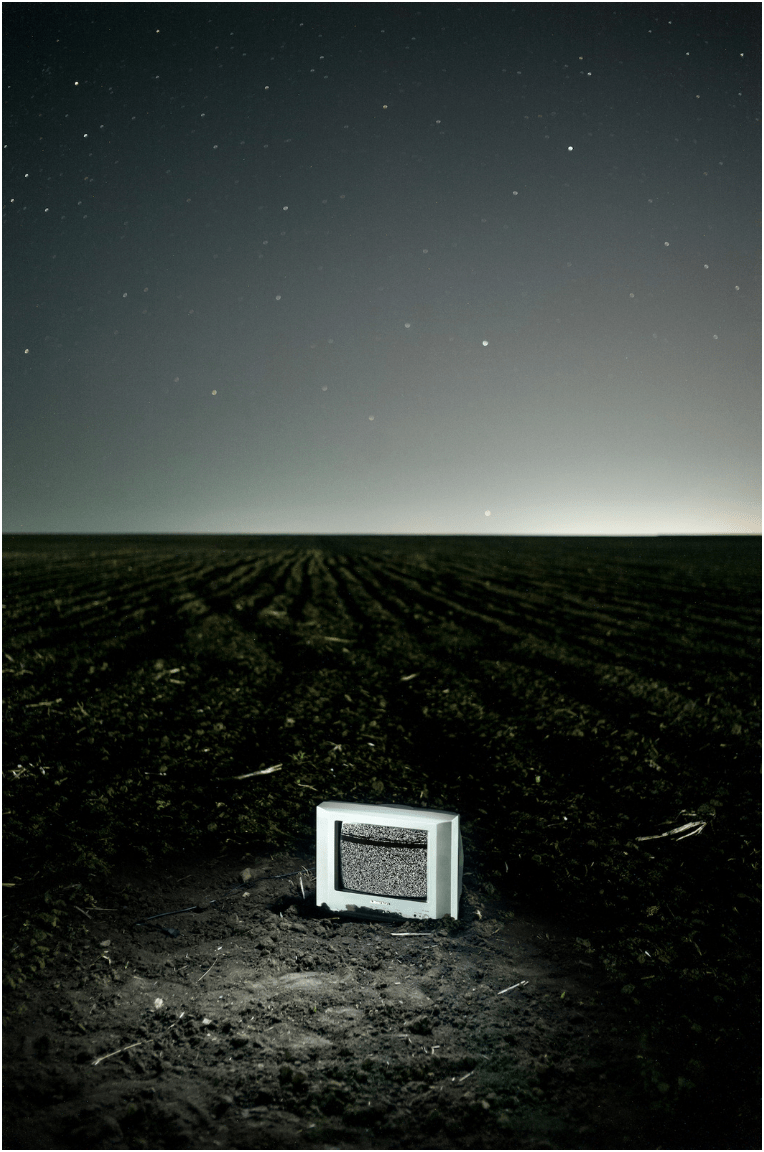 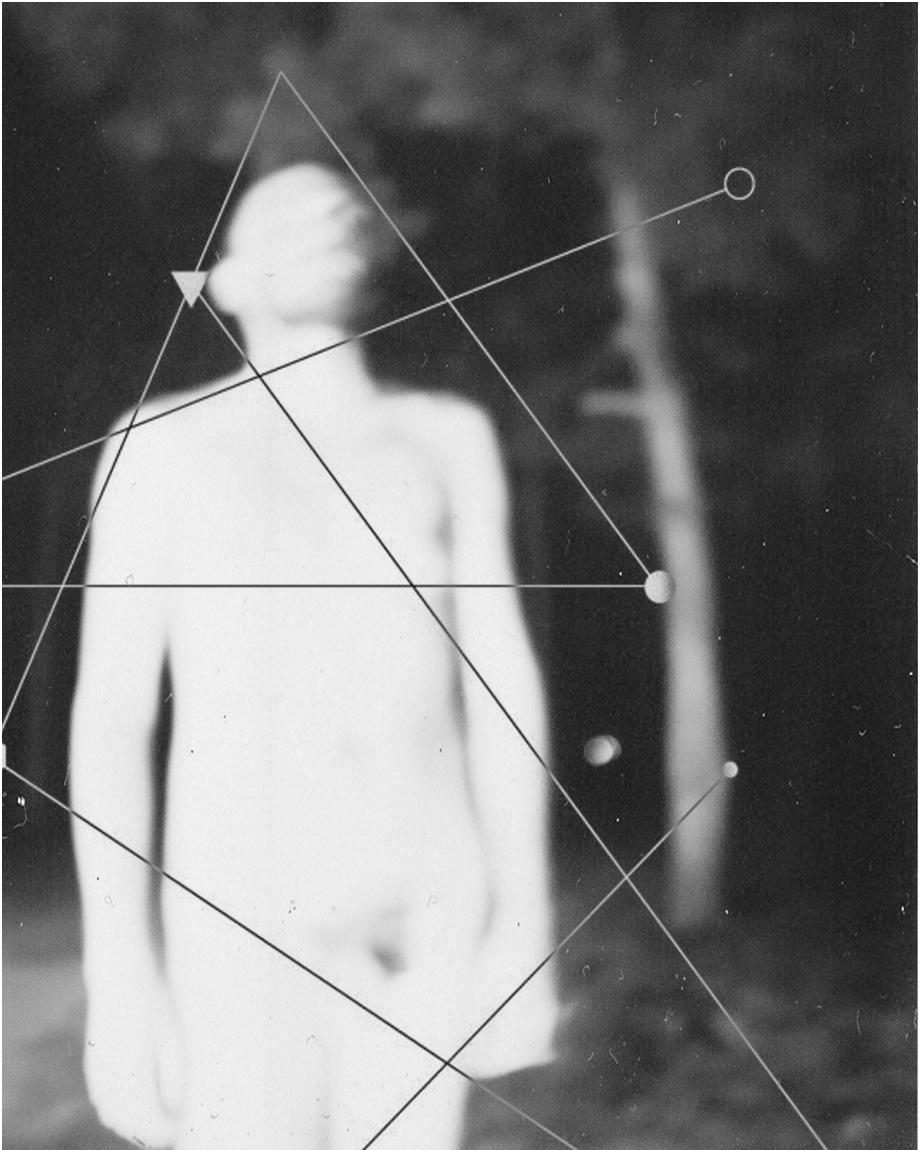 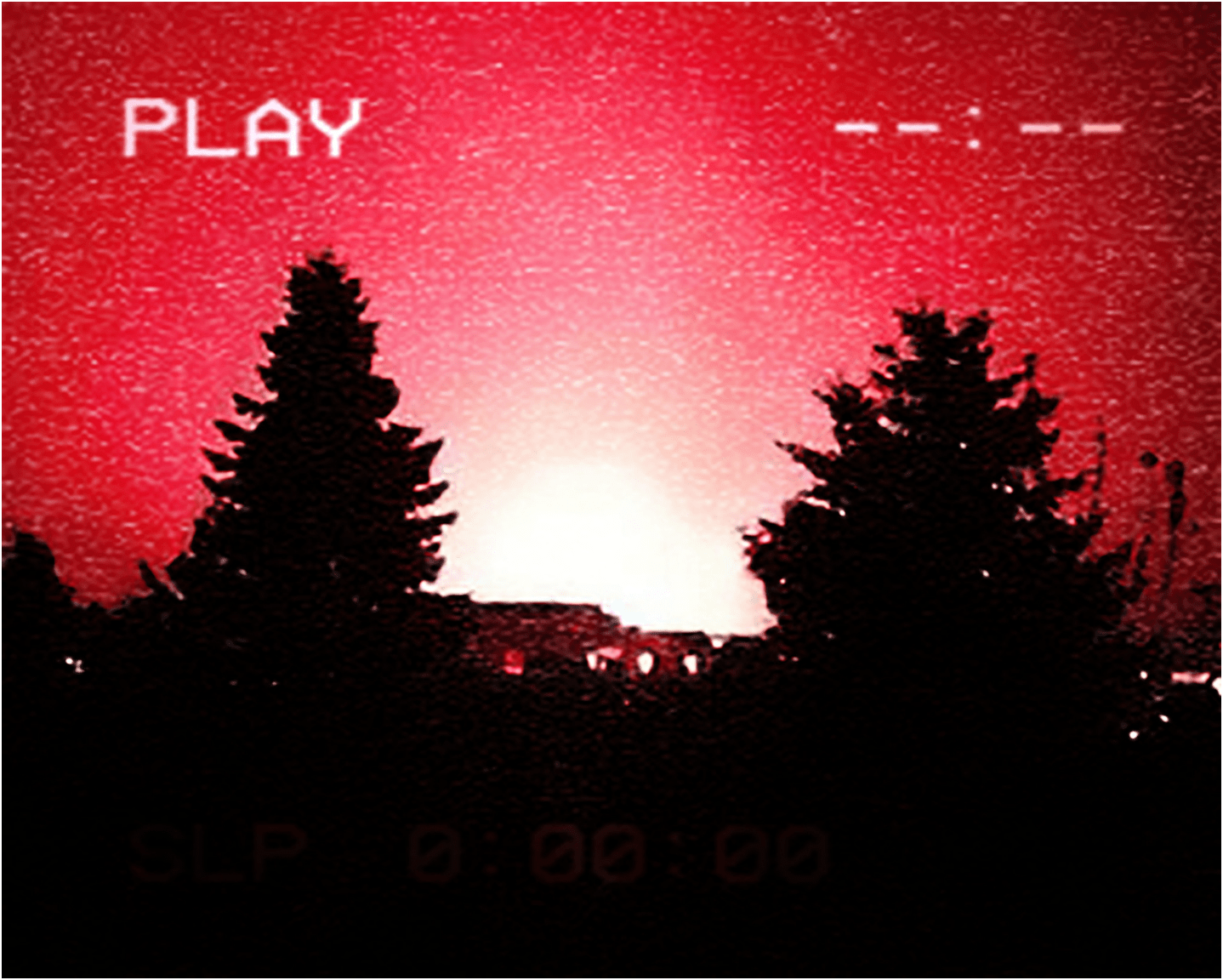 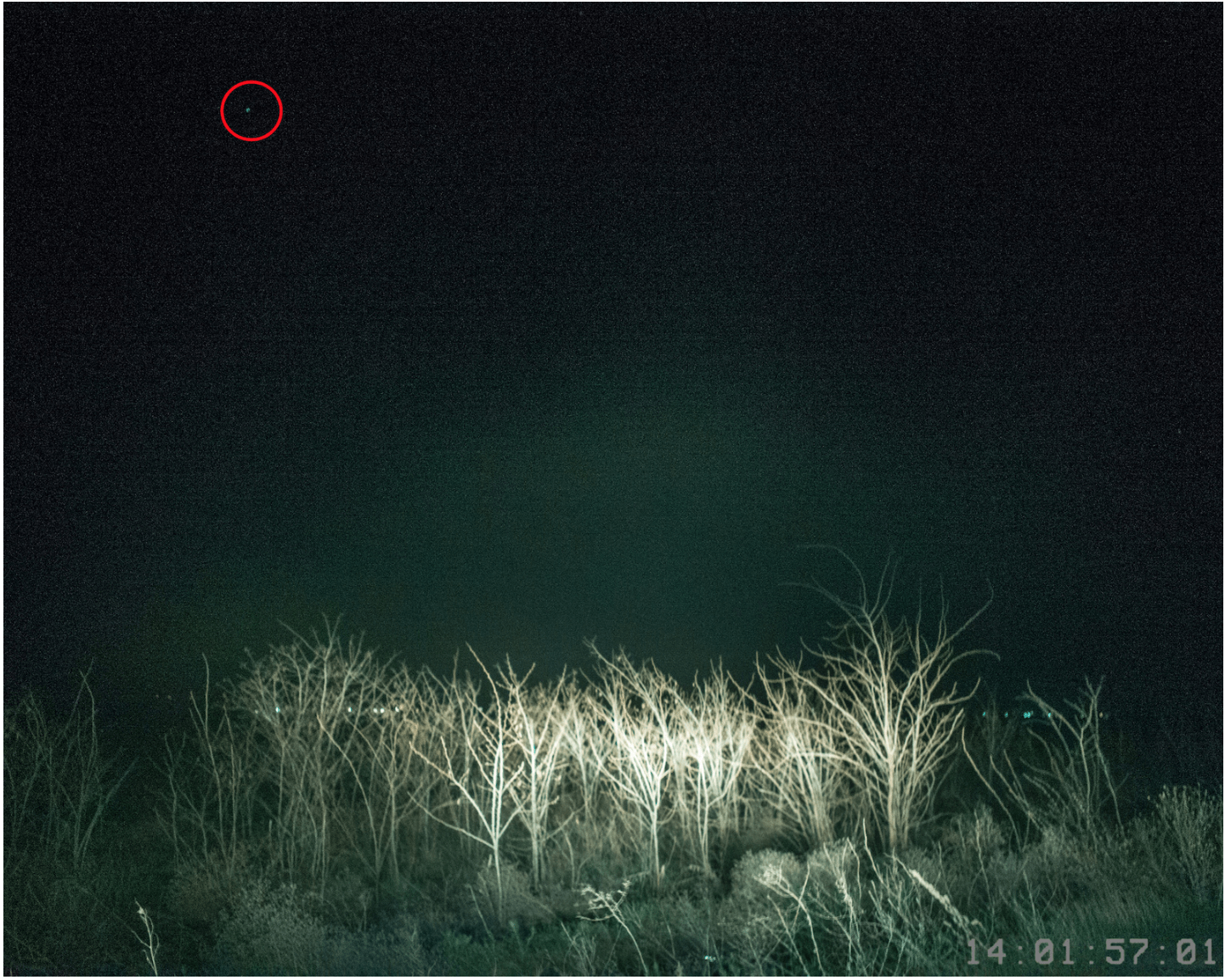 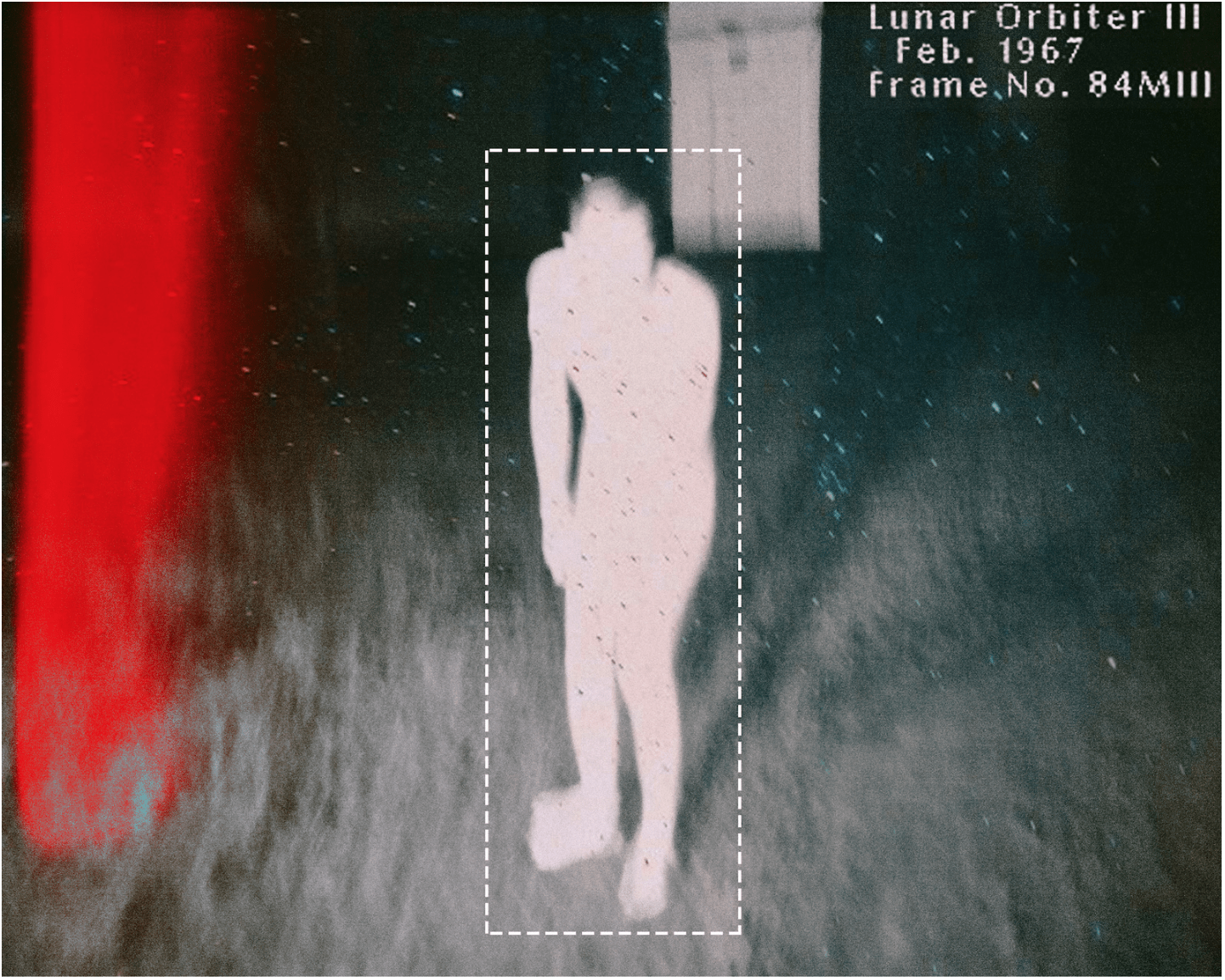 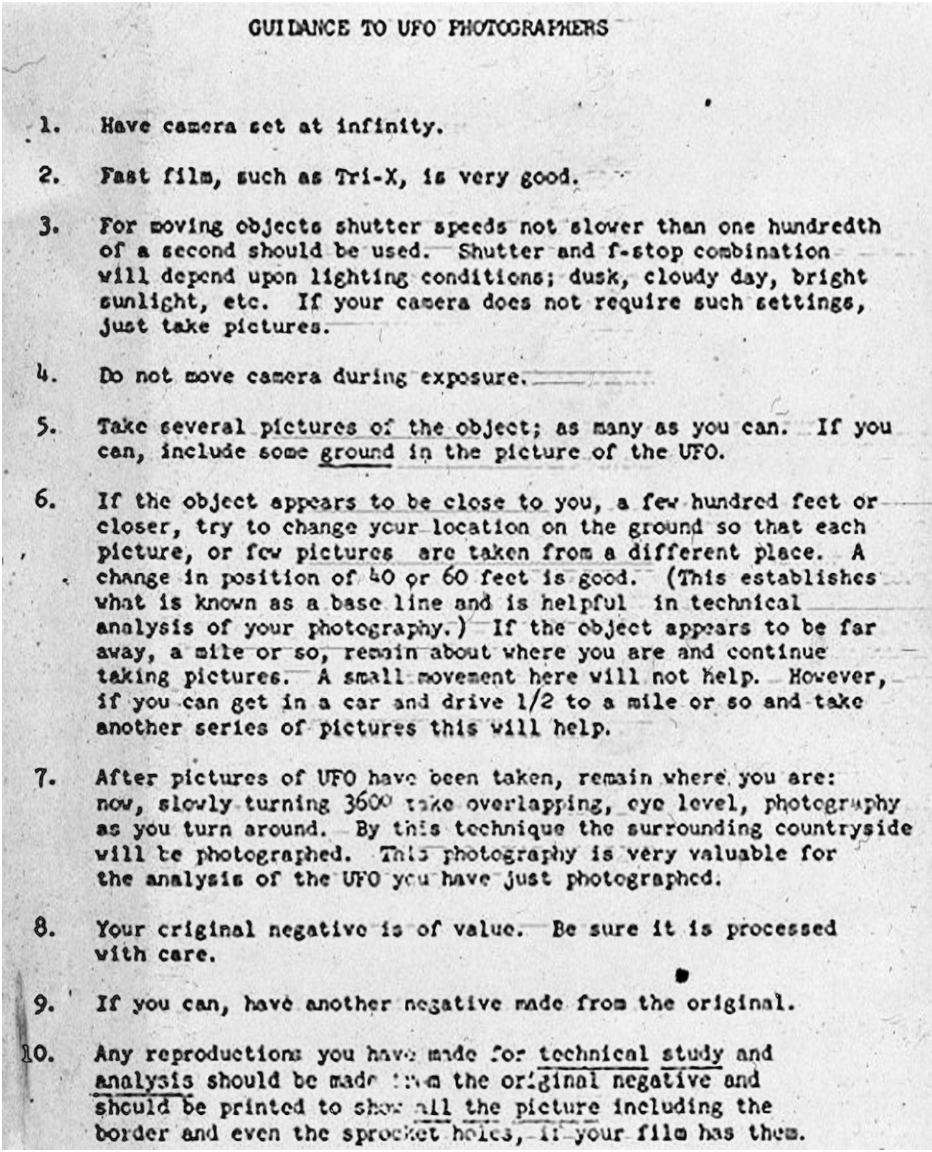 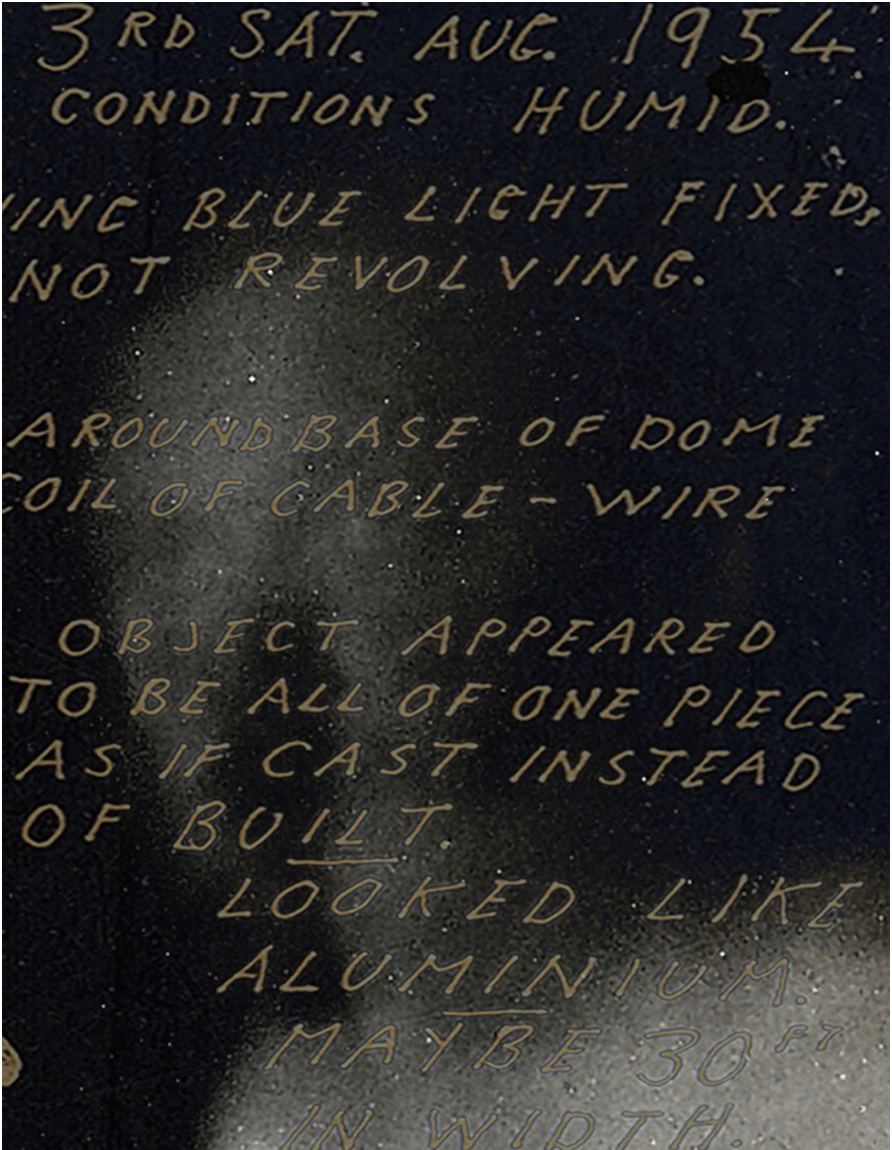 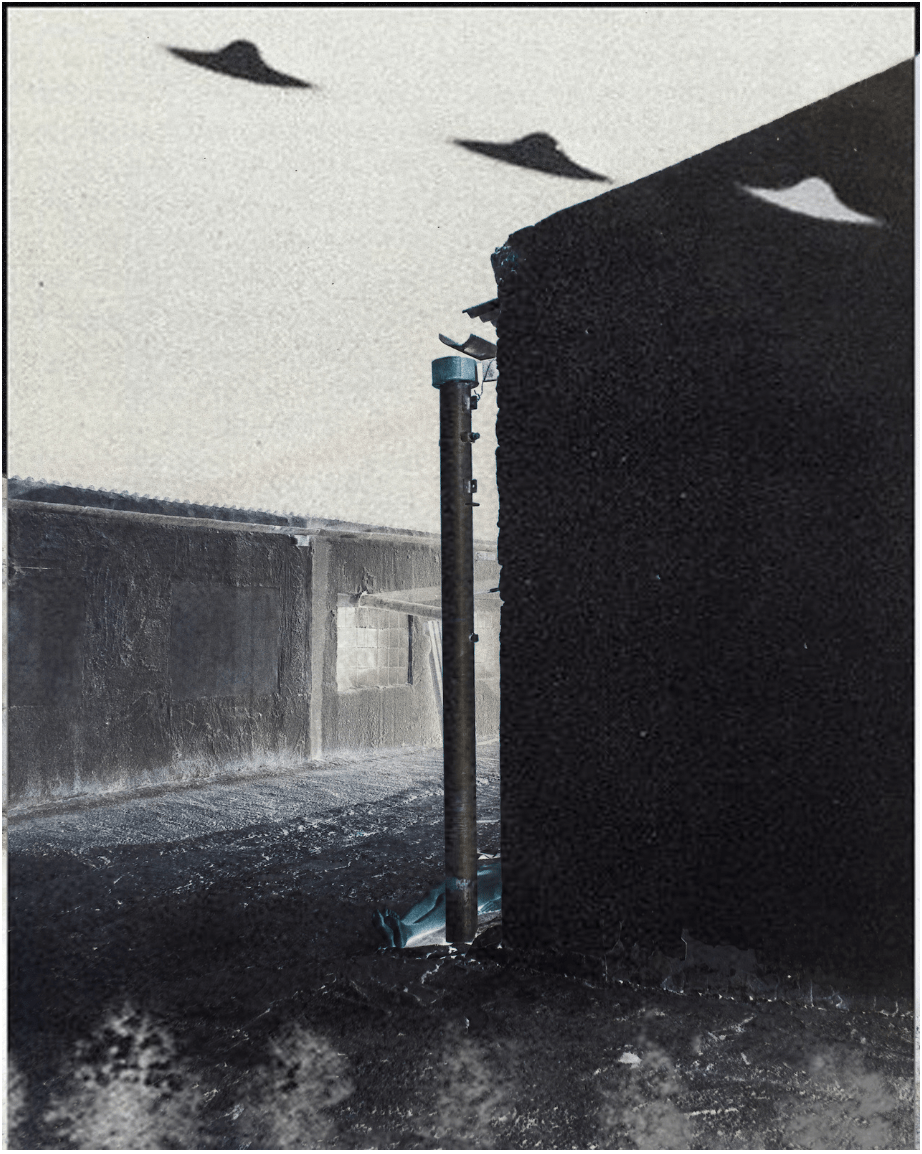 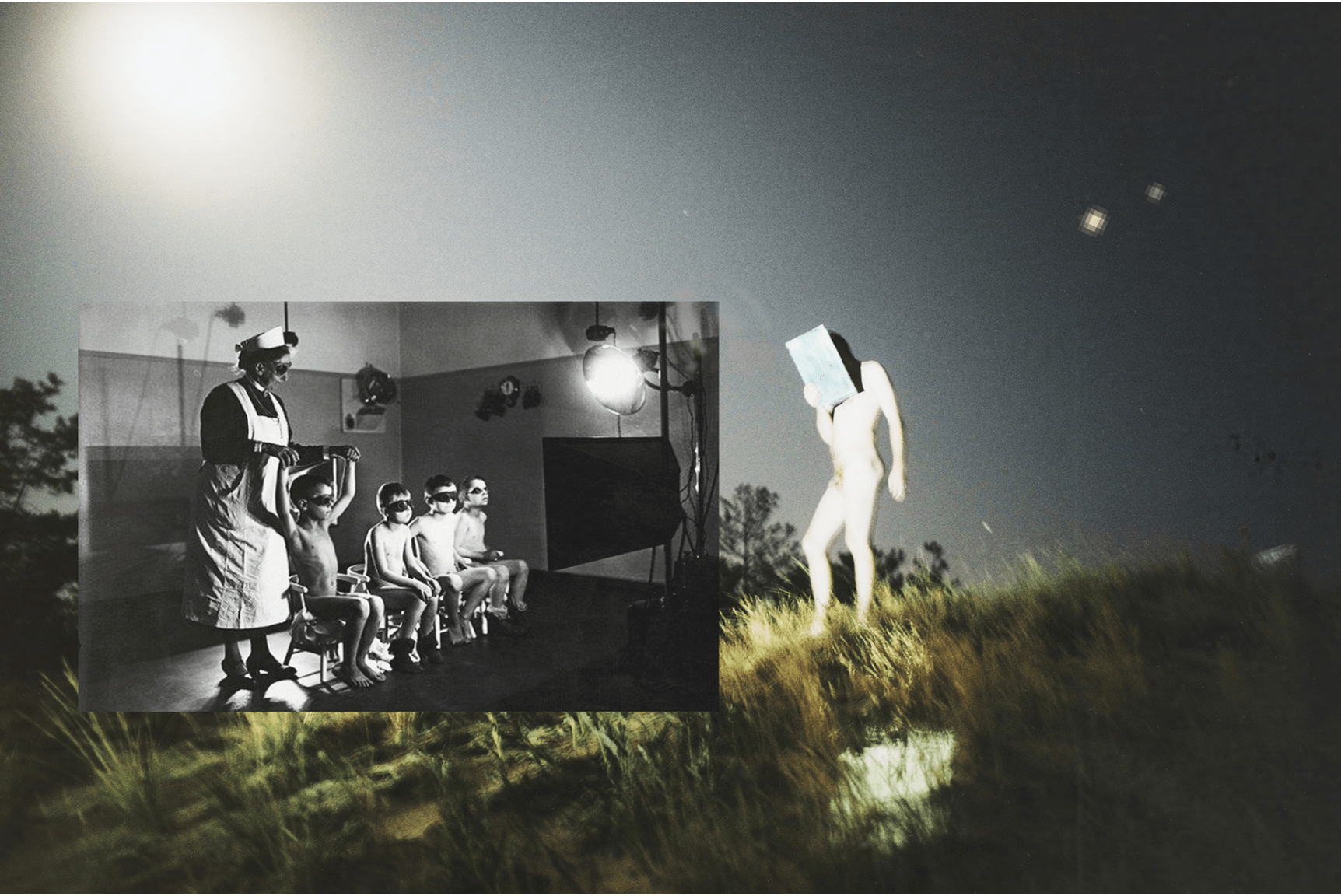 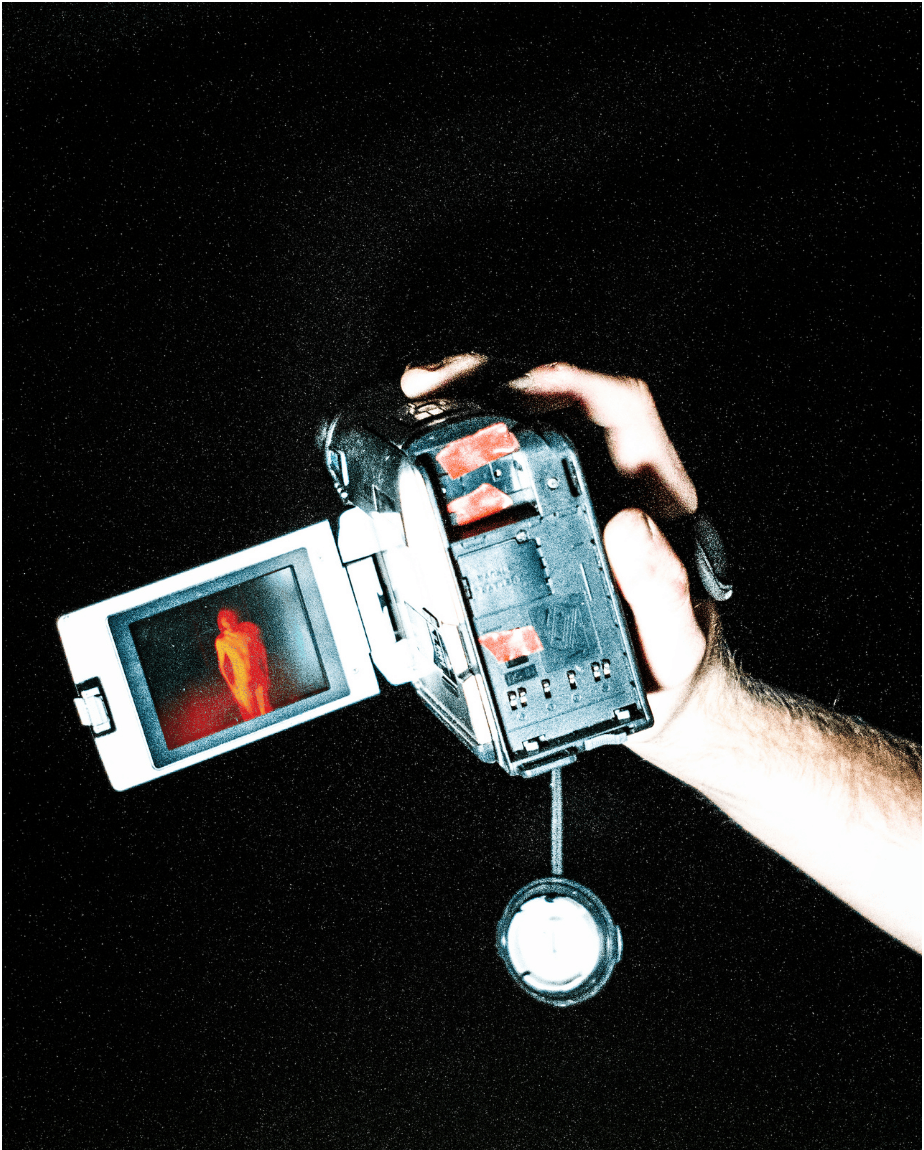 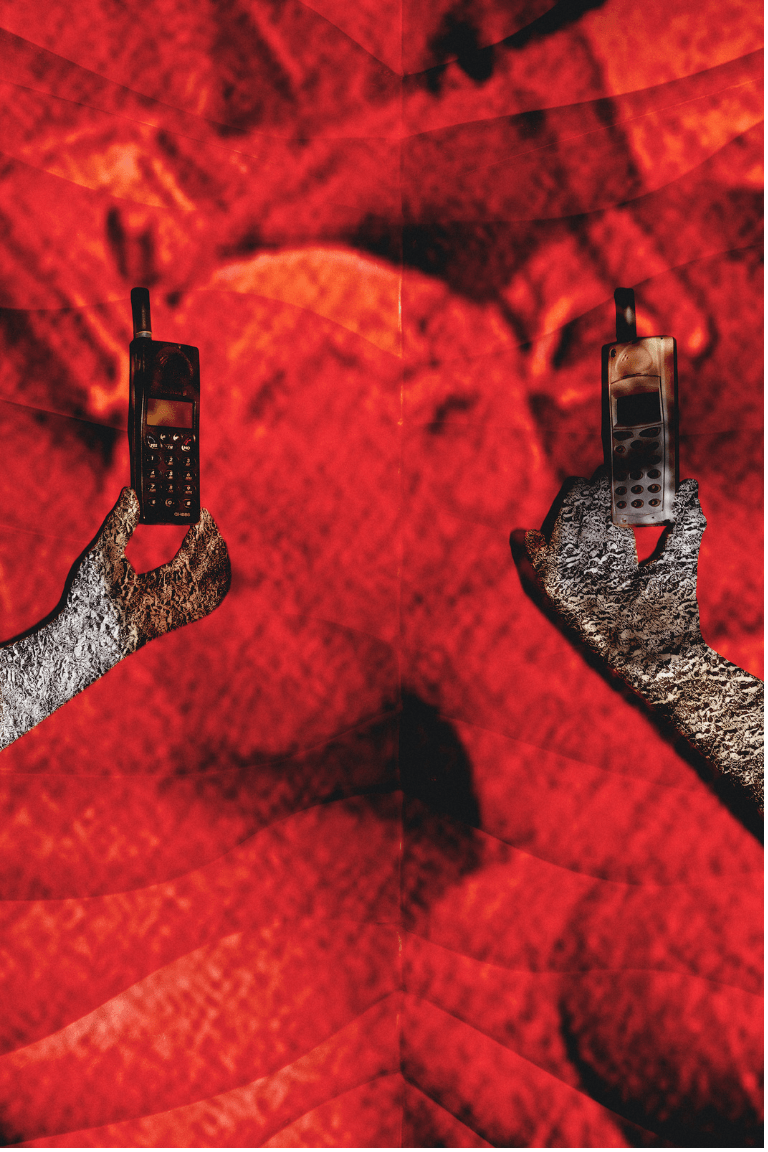 In his ongoing project ‘Fundamental Space Explorations of Naked Singularity’, Sergey Melnitchenko poses existential questions. As he sees it, human beings are singular creatures who constantly try to define themselves within the scale of the universe, which most often results in a feeling of alienation.

Already during his childhood years, Sergey became interested in the strange and the unknown – aliens, zombies or any other bizarre creatures that could potentially enter and invade the planet earth. The series ‘Fundamental Space Explorations of Naked Singularity’ done in collaboration with Anton Malinovskiy, confronts the viewer with male nudes which might provoke a sense of discomfort. As Melnitchenko explains: “In other projects I also took photographs of naked male bodies. I consider it to be a challenge for the spectator, especially when taking into account the long tradition of female nudes within the photography history. Simultaneously, nudity and especially male nudity is countering the formerly established Soviet taboos and conventions in art that are still embedded in the mindsets of a few.”

Melnitchenko uses both original and found footage in his series which together with his confrontational style indicate a reference to the Kharkiv School of Photography – the Ukrainian underground movement during the Soviet era which deliberately aimed to shock with nude, explicit and experimental imagery. All these traits are observable in Melnitchenko’s work as well, additionally reflecting his search for new ways of communicating through the medium of photography.

In contrast to ‘From Dusk till Dawn‘ (2015-2017), a previous project by Melnitchenko in which he adopts a more documentary and observational stance, his position seems to have changed. This time, fiction and reality are in interplay. Photomontage and post-production techniques are notable in the new and ongoing project, which attempts to visualise a “could-be” reality – appealing to our imagination. 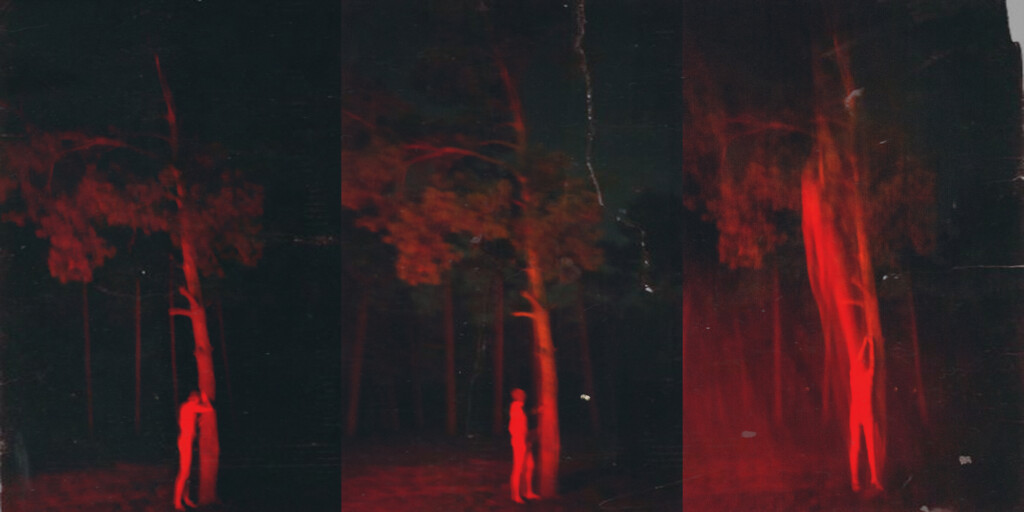 The bright red colour that repeats throughout the series, according to Melnitchenko, enables the viewer to experience a free stream of associations. As he states, “every viewer can find his own symbolism and meaning in red.” Here, in this body of work, the ambiguity surrounding the red colour might signal the unknown, the paranormal, the alien but as everything in the series appears to be uncertain, the viewers are left in a state of limbo.

(…) every viewer can find his own symbolism and meaning in red.

‘Fundamental Space Explorations of Naked Singularity’ is yet unfinished and Melnitchenko does not feel rushed to complete it anytime soon. He explains: “I want to work on it as long as I can and when it becomes “boring” or not relevant to me anymore, I will say that it’s finished.

(…) when it becomes “boring” or not relevant to me anymore, I will say that it’s finished.

Regarding his career as a photographer, teacher and curator, Melnitchenko has positive prospects for the coming years: “MYPH is my little photography school and collective. I’m also opening a gallery in my hometown in order to help younger generations to grow within the field of autonomous photography. My advice to emerging photographers is to work hard, regardless of any discouragement from others. Just work, work, work and work!”

Sergey Melnitchenko (b. 1991, Ukraine) is a photographer and additionally a founder and curator of MYPH Photography School and collective. Currently, he is also nominated for FOAM Paul Huf Award 2020.