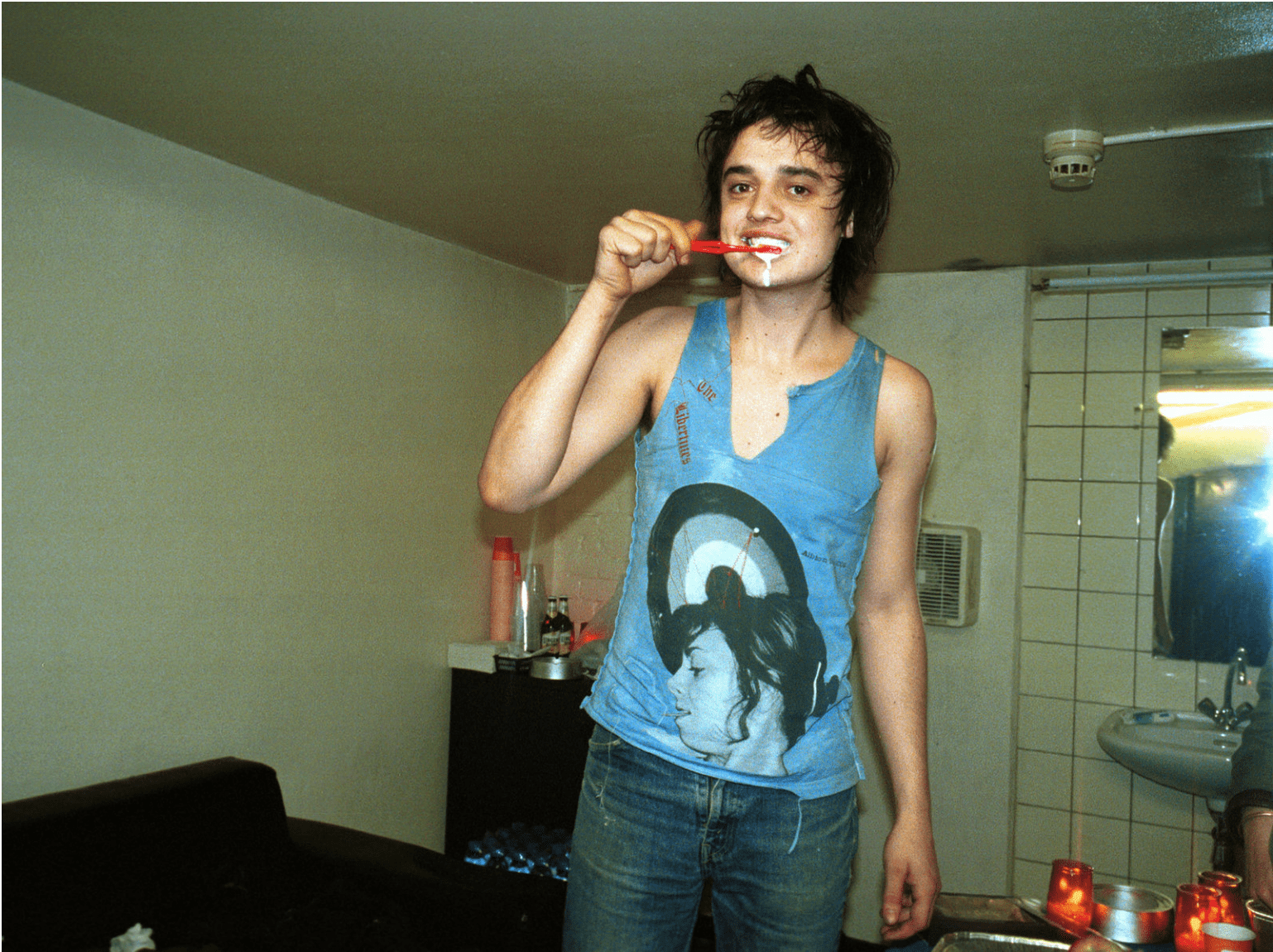 Hordes of young, ambitious music photographers dream of having a career like Anton Corbijn, the shy ministers son who has become as famous as the rock stars he photographs. Its not impossible but has become extremely difficult, because the music industry has changed drastically since Corbijn published his first photos in the New Musical Express 30 years ago.
Anton Corbijn, born in 1955 in a village on a Dutch island, first took his camera to a concert when he was 17, actually to hide his discomfort. At the back of the stage he took a close-up of the drummer and to his surprise a Dutch pop magazine wanted to use it. His appetite had been whetted and at the time, in the ‘70s, it was easy to make contact with musicians. In the afternoon, Corbijn helped to put up the stage, he was given free entrance in return and photographed the band during and after the concert. He did the same thing with Focus, the Dutch band that was then in the American top ten.

At a friends house in 1979, Corbijn heard the British band Joy Division. The photographer, who has never lost his passion for music, was totally fascinated and set off for the UK. He photographed the group at the entrance to an underground station and New Musical Express magazine published a large print of it. The rest is more or less history. Corbijn moved to London, took portraits of the biggest stars in the film and music industry, super models and Nelson Mandela. He also made dozens of video clips and two films, one short about Captain Beefheart, Some YoYo Stuff, and Control, the feature film about the life of Ian Curtis, the Joy Division singer. If his new film with George Clooney is as big a success as Control, the music scene will lose possibly its most famous photographer. That would be a loss for many artists, most notably Depeche Mode and U2, who in collaboration with Corbijn conquered the world.

With his photo of U2 in concert in 1987, another Dutch music photographer made it onto the pages of Rolling Stone magazine and The New York Times. Lex van Rossen photographed Bono kneeling on an extension of the stage with the audience and ominous clouds in the background. During so-called press days, the then already experienced music photographer took numerous portraits of musicians, but his greatest strength lay in the photos he shot during concerts, when both he and the artists were at work. This was where he was in his element, on the edge of the stage, with the jumping audience behind him and the sweaty musicians in front of his lens.

Until just before his death, aged 57, Van Rossen was a true frontrunner in pop photography and photographed performances by artists such as Bob Dylan, Marvin Gaye, Lou Reed, Bruce Springsteen, Tom Waits, Neil Young, Iggy Pop and hundreds of less well-known acts. He printed his most successful photos in classic black and white, such as the stadium shot of Bono and his splendid portrait of Chris Isaak. The singer is shown sitting on a bed in a hotel room deep in thought. Isaak and his management were so happy with this essentially simple image that they used it for the sleeve of the album Heart Shaped World from 1989.

When Van Rossen met Isaak again on his next tour, the musician gave no indication that he recognised him. He refused to shake his hand because he was afraid of catching a cold and made no eye contact. This was disappointing but otherwise no big deal. The photographer only became angry at a Guns N’ Roses concert in Rotterdam, where the bands management directed him to a spot 50 metres from the stage. Van Rossen orchestrated a strike and for the entire concert he and his colleagues stood watching the band with their arms folded. None of them took even one photo. They discussed the incident with their editorial teams and not a single image appeared in the Dutch printed media. Roy Tee,
a colleague of Van Rossens, said later that the protest was successful: At the next concert, by Michael Jackson, we were once again all standing next to the stage. So close that we could see the stitches from Jacksons latest operation.

In the last 10 to 15 years, the stars management and record companies have increasingly frustrated pop photographers in their work. They are usually only allowed to take photos during the first two or three songs. Recently at a Beyonc concert, the relationship between the music industry and photographers reached a new low: photographers were given 40 seconds to take photos from the middle of the stadium. And increasingly, photographers are asked to submit their photos for approval before publication. A pity, because the uncontrolled meeting between Lex van Rossen and Peter Doherty, for example, resulted in such a fantastic image. Two independent spirits, the musician and the photographer, both of whom understand the fun and excitement of rock ‘n’ roll. They understand, to quote Corbijn, that its all because of the music.