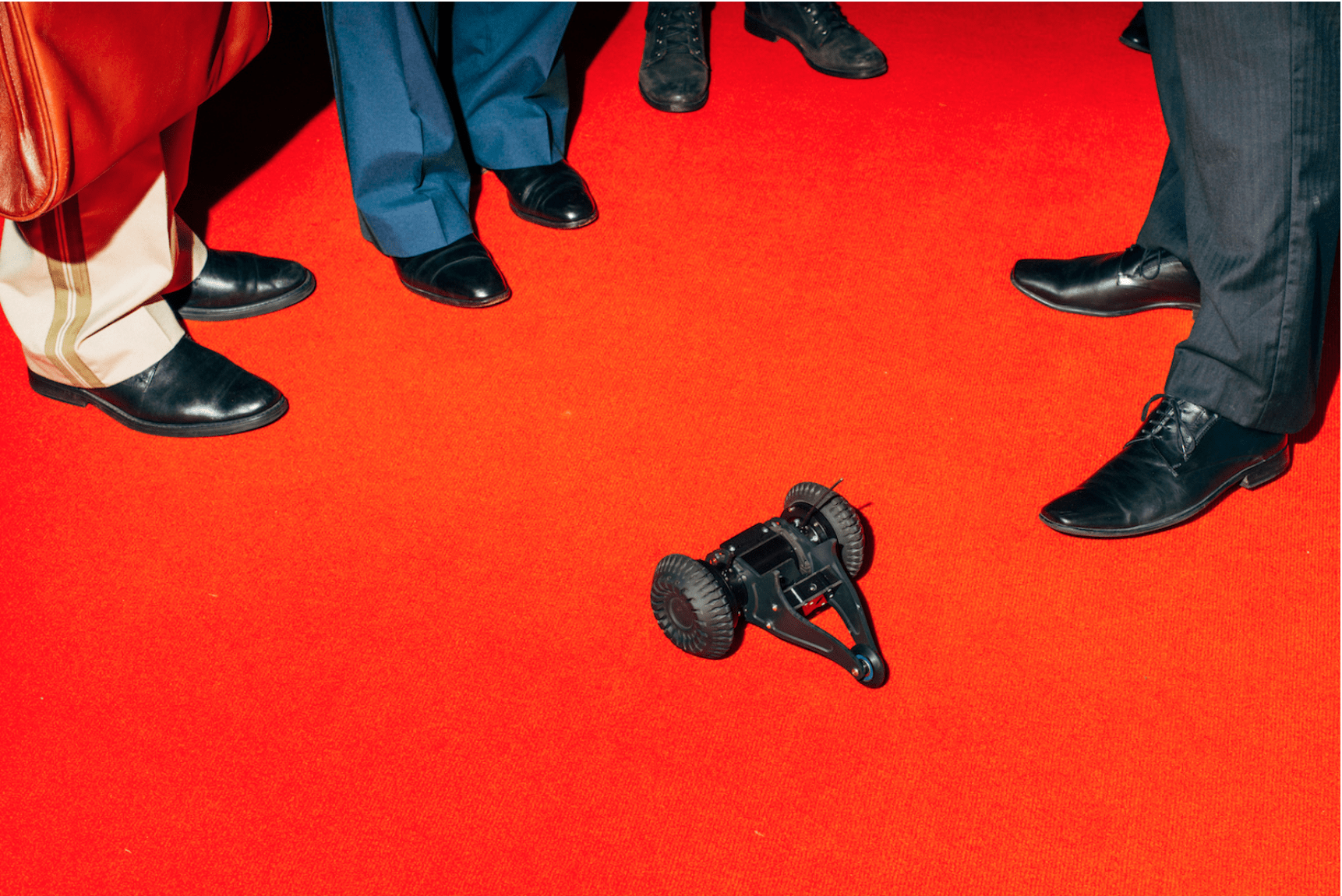 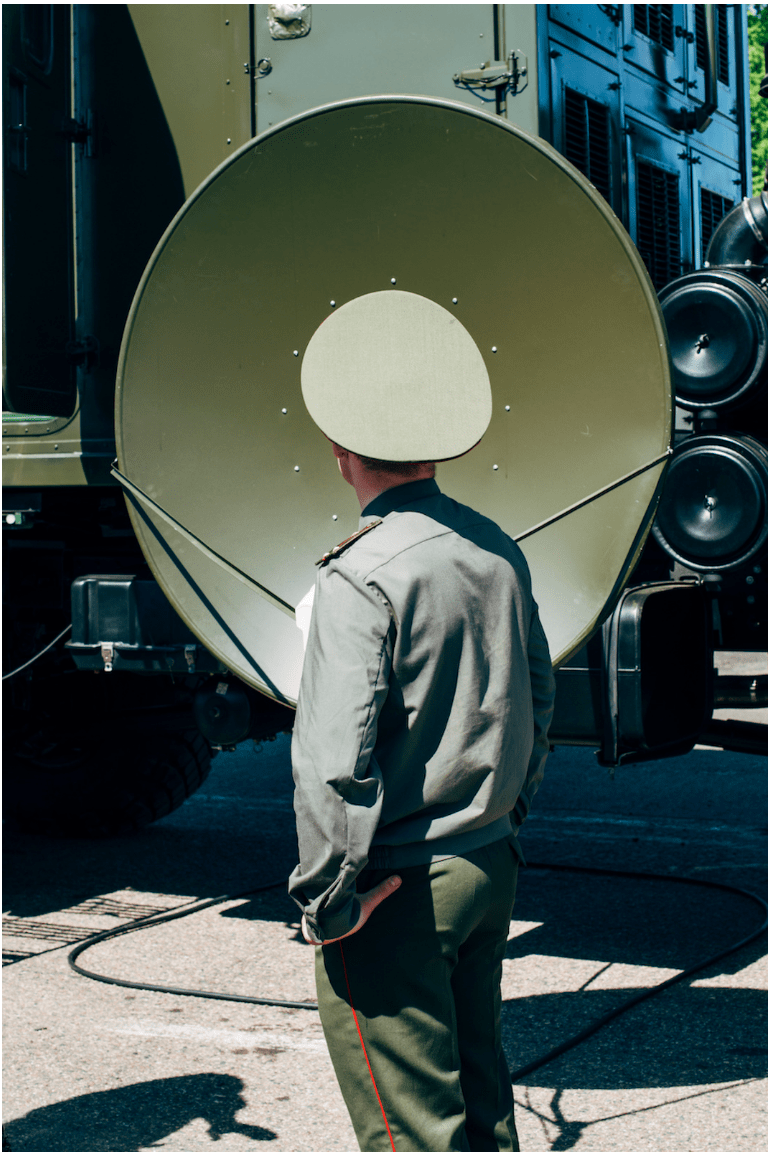 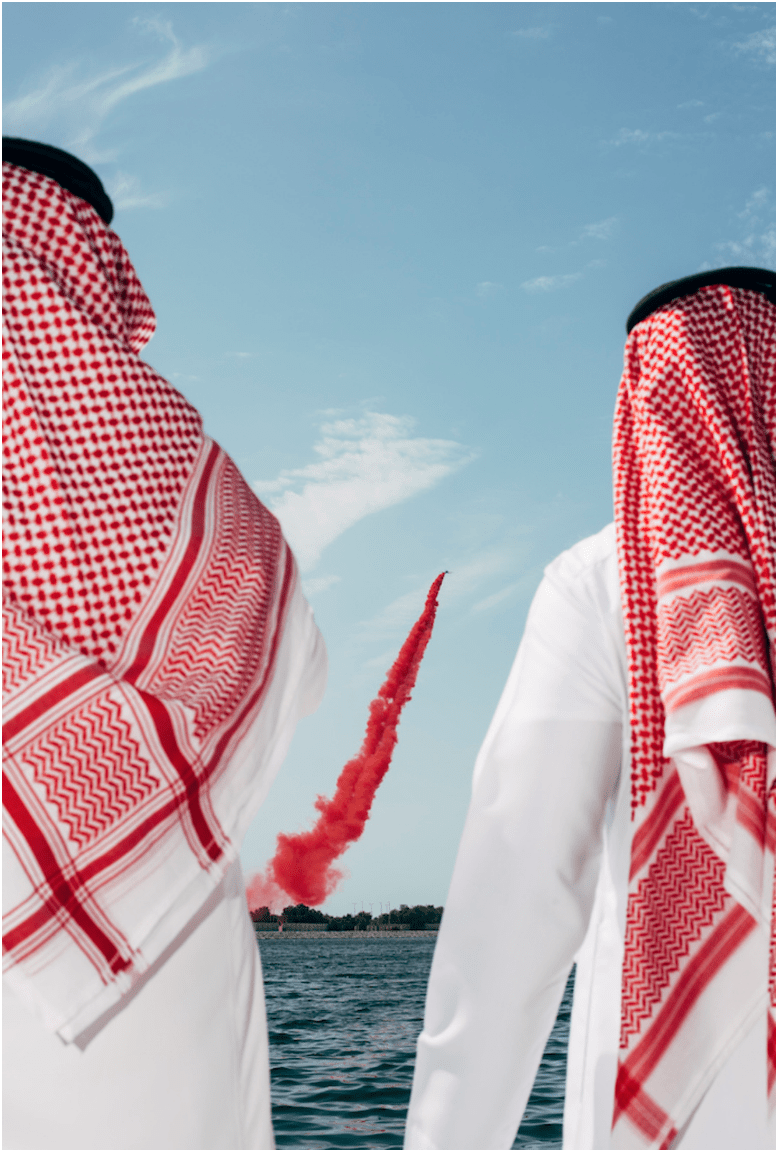 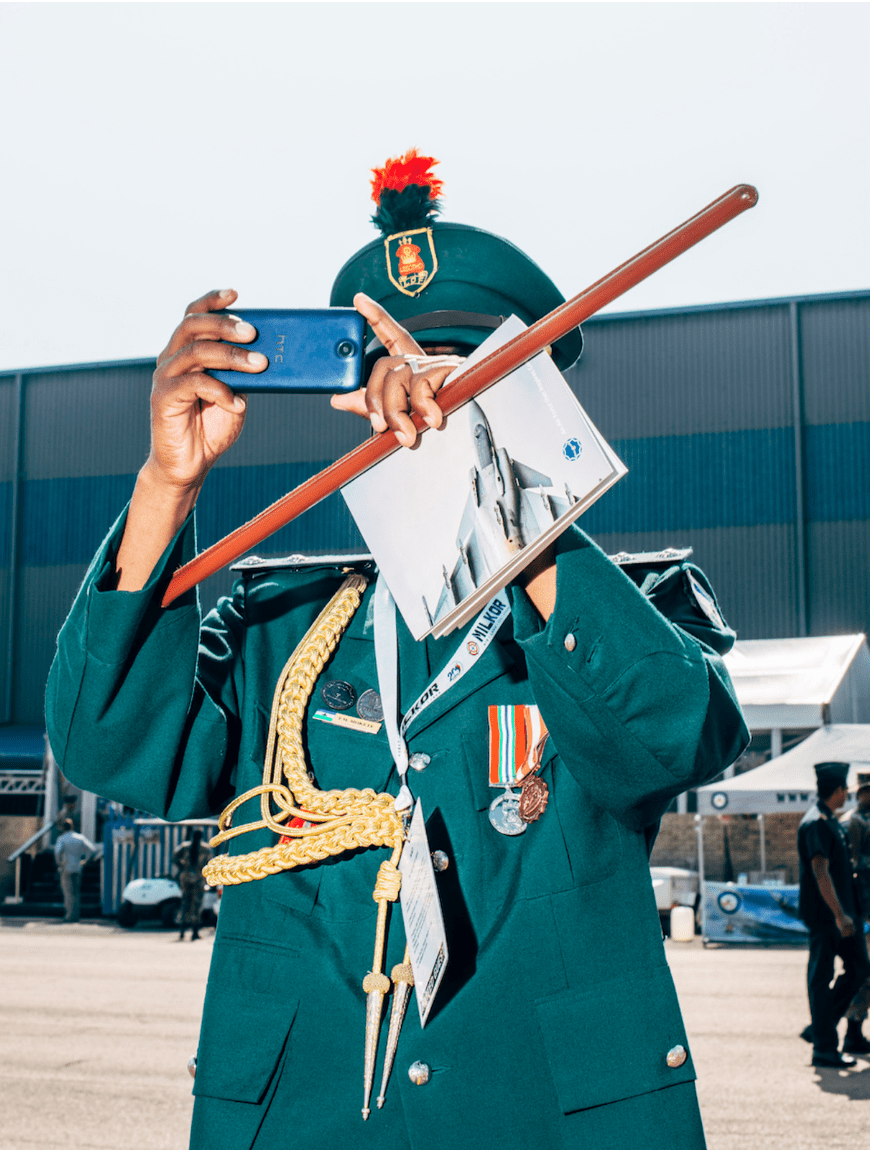 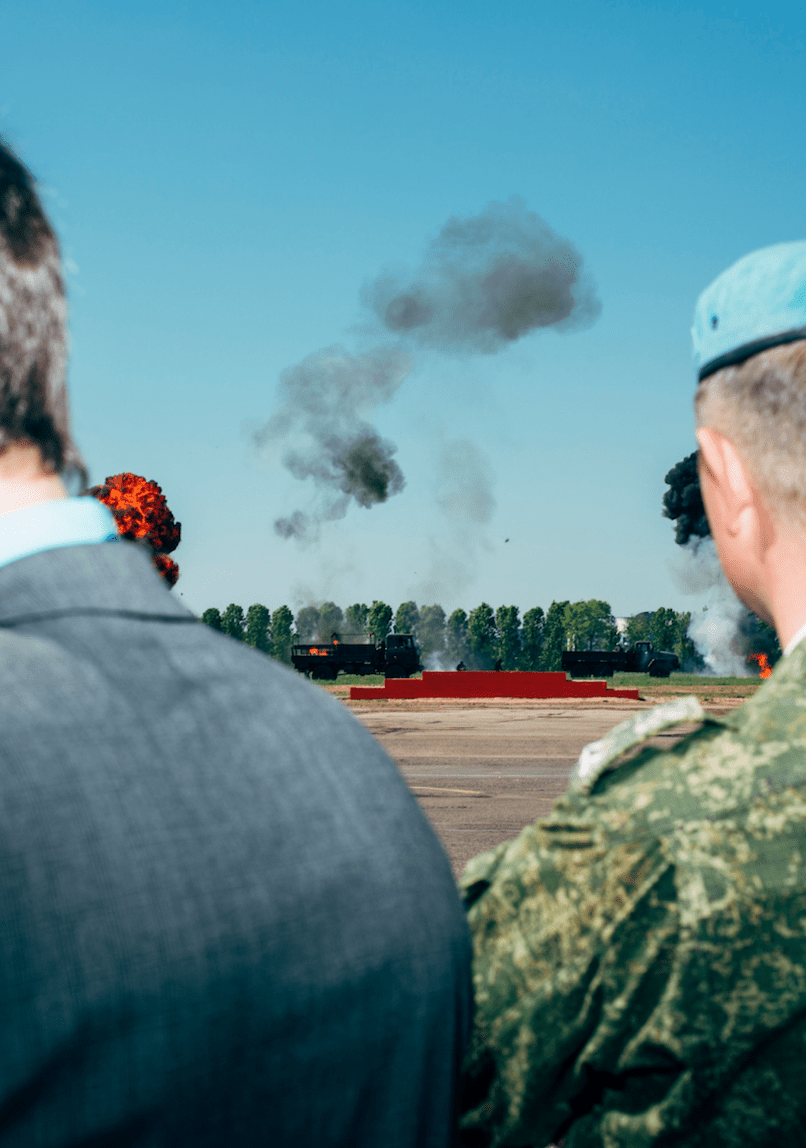 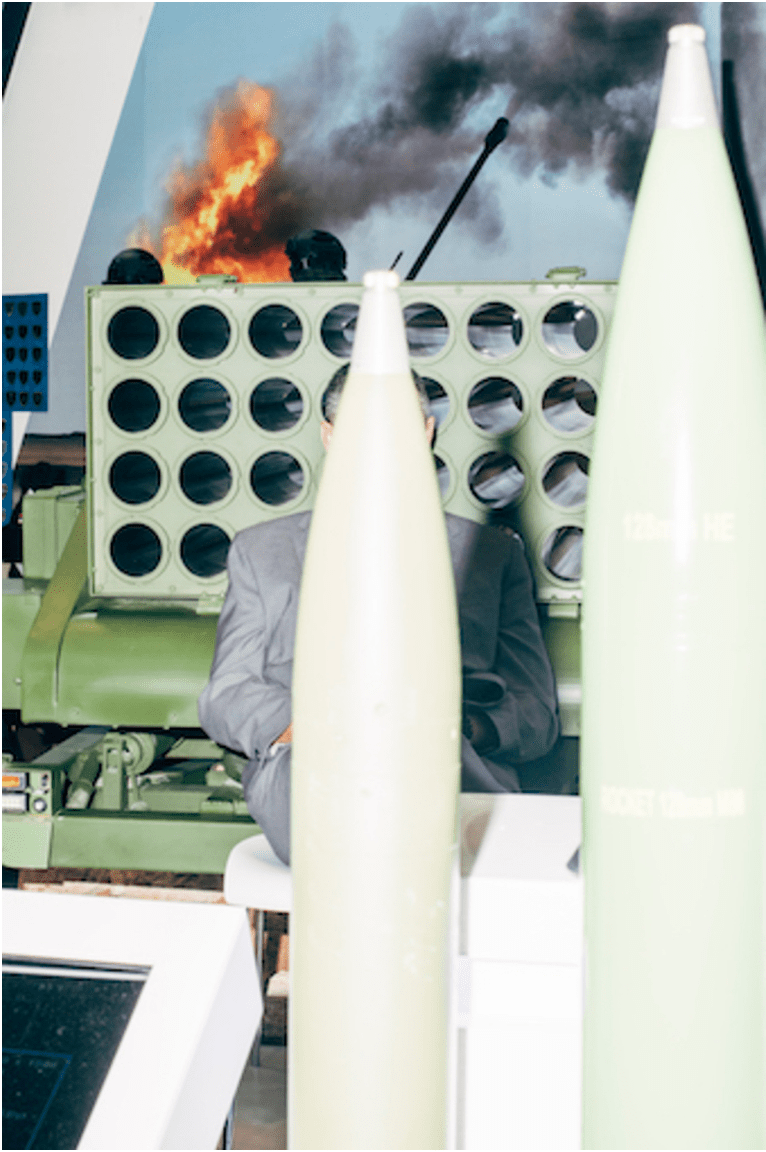 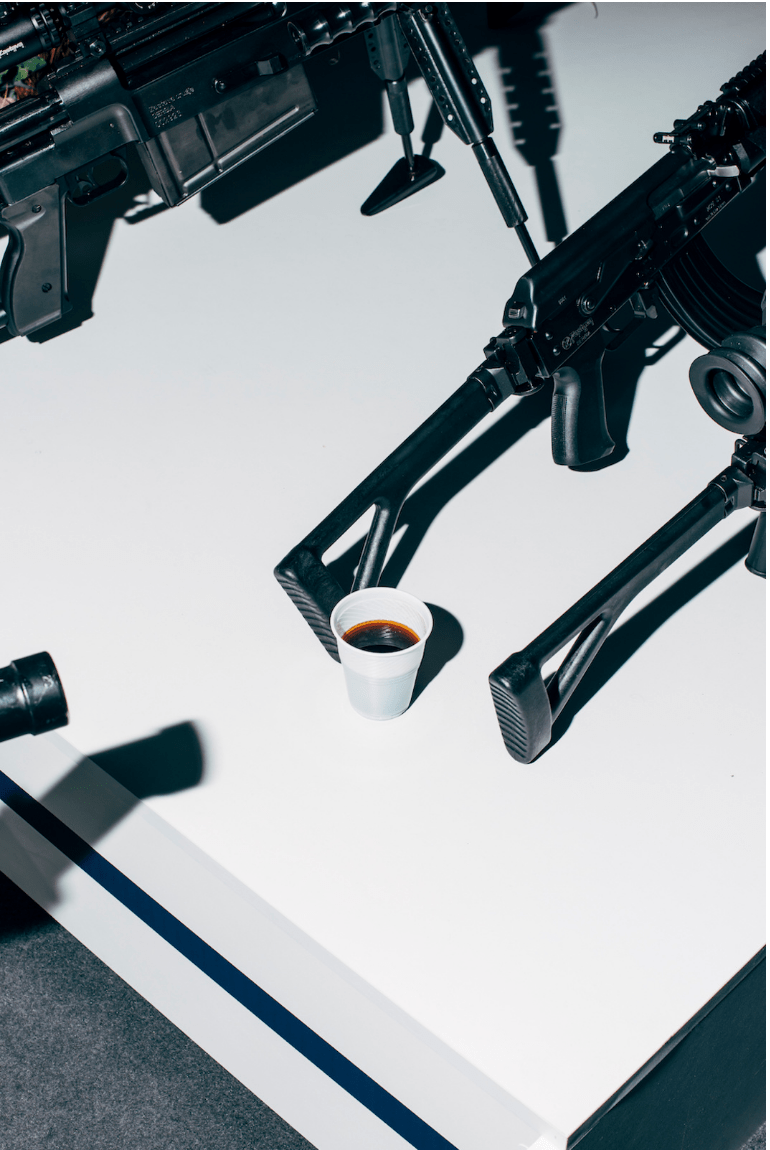 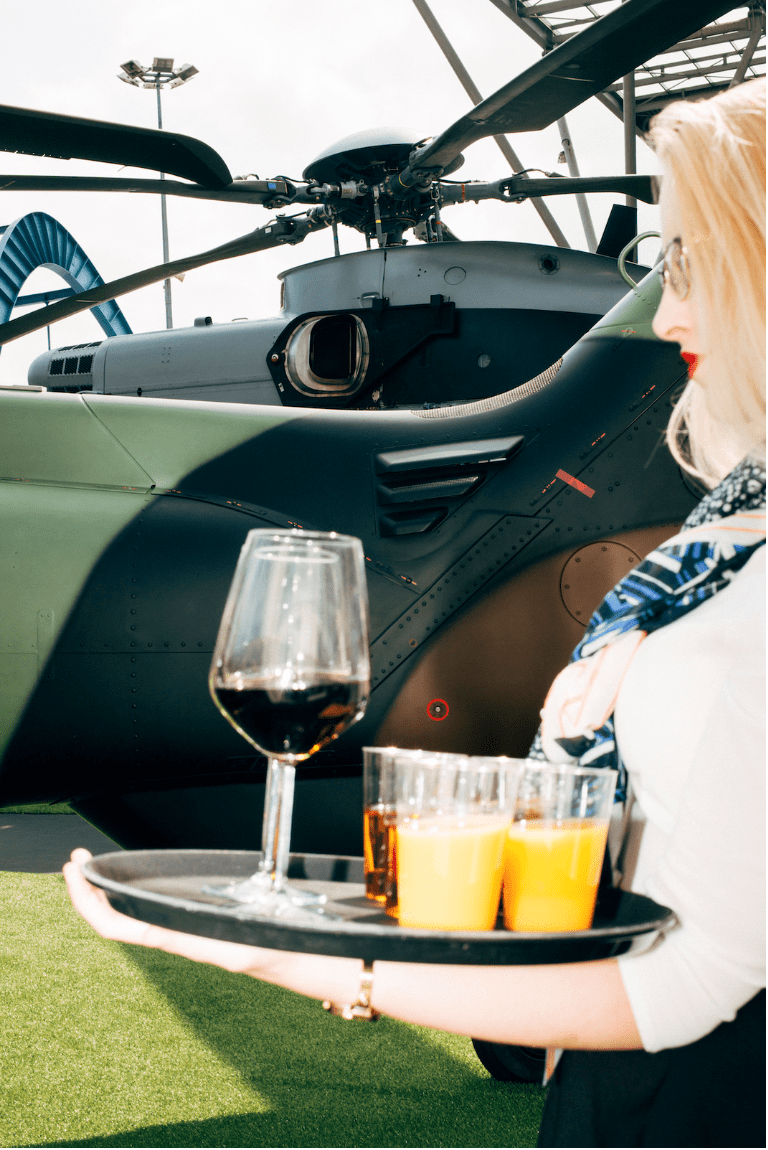 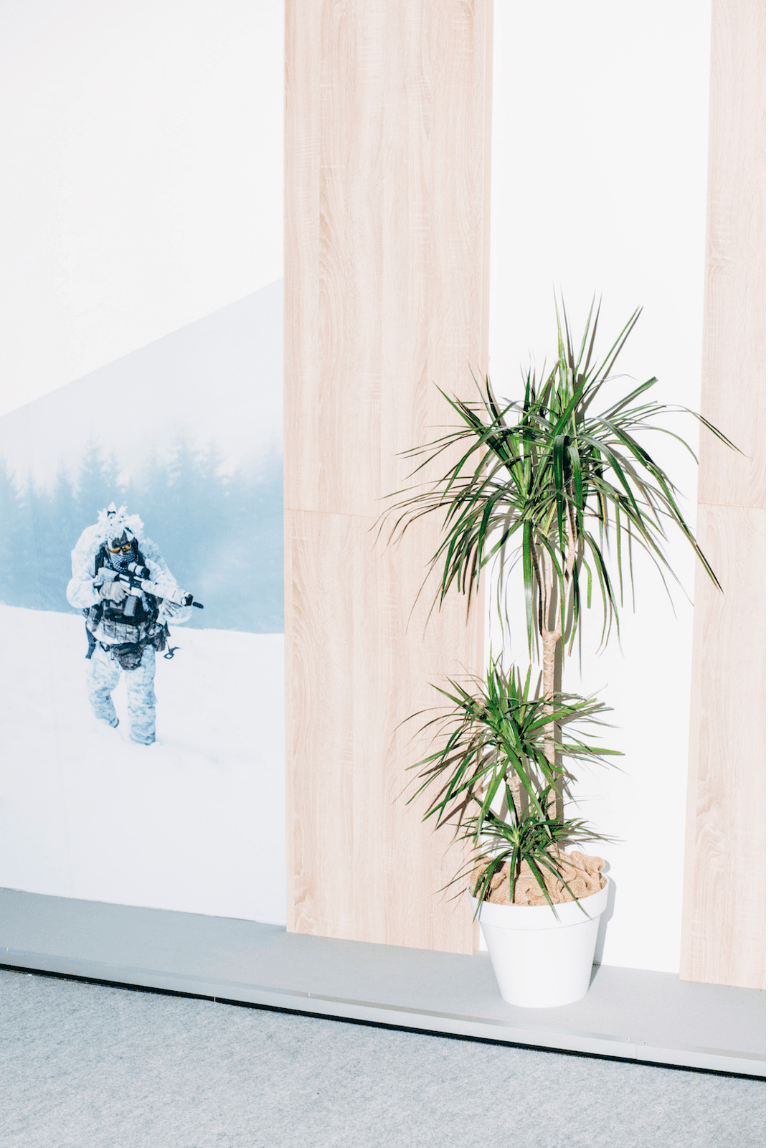 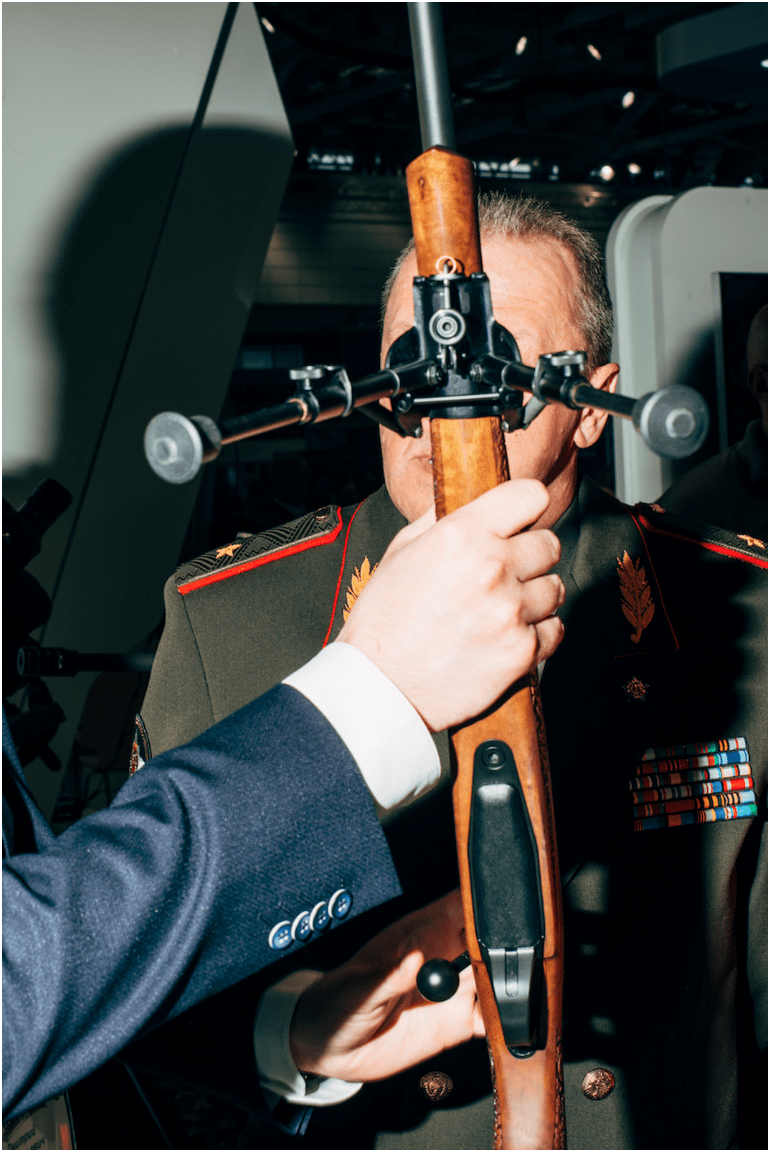 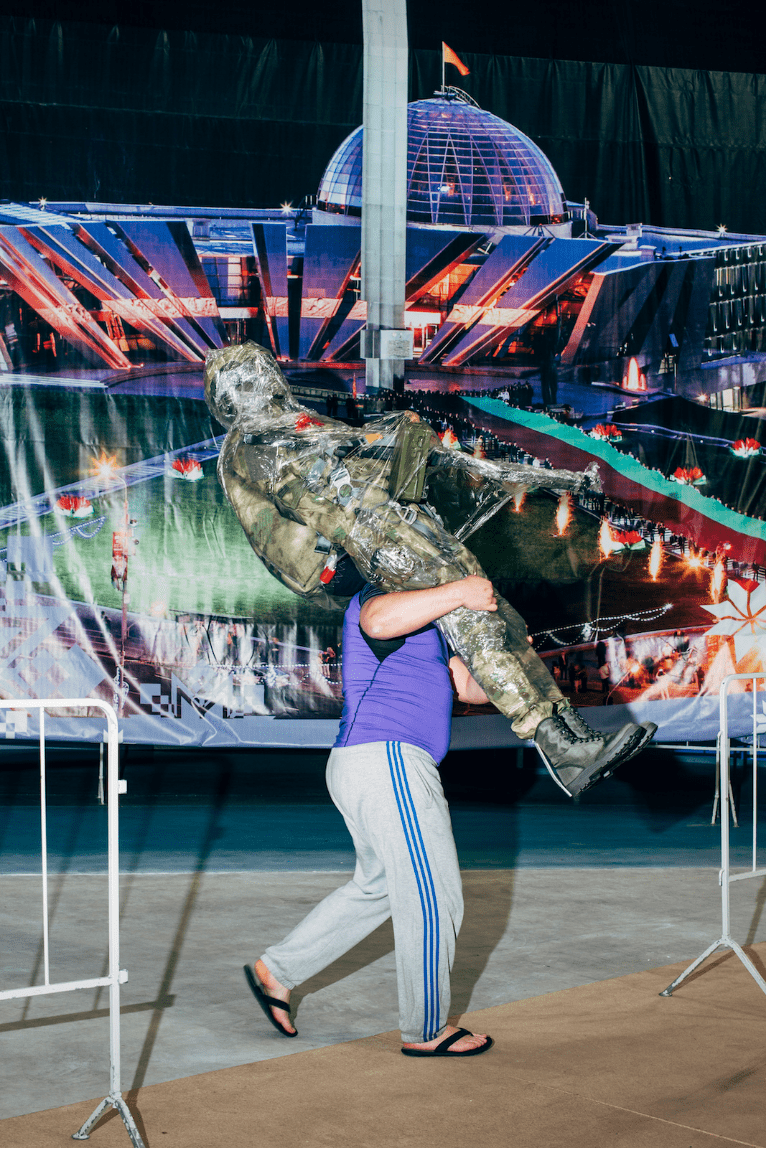 NOTHING PERSONAL: WHAT IS REALLY HAPPENING BEFORE WAR HAPPENS?

Applying a bold aesthetic strategy, resulting in images that are both humorous and sinister, Nikita Teryoshin (1986, Russia) provides a distinct peek behind the curtains of the global weapon industry. His cheeky photographic documentation of highly exclusive defence trade fairs aptly reflects how the bureaucratic and commercial side of armed conflict is not only a lucrative private enterprise but also, in its essence, a perverse phantasmagoria of powerful entities.

Having first researched online what happens at weapons trade fairs, Teryoshin joined the throngs of businessmen, soldiers, politicians and civilians at these huge playgrounds for adults. “Tanks, drones, machine guns, everything had to be boarded and touched by young and old – solders, businessmen and also civilians. There were many simulators for helicopters or boats with machine guns and hydraulic engines. Even the bazooka was plugged into a flatscreen for people to try out,” says Teryoshin (in an interview for the magazine It’s Nice That).

Employing humour and irony is part of a long tradition in the art world, of course. Humour, once could say, makes a heavy subject more palatable and is therefore an effective way to engage an audience, or to convey a message that would otherwise be hard to absorb. In recent years, Martin Parr, specifically, has firmly cemented its place in photography. Parr’s hallmark, the “colourful, bright, garish, cheap and nasty” effect of flash, is also what supports Teryoshin’s unapologetic exposure of the banal, highly exclusive world of arms fairs across Europe, Africa, Latin America, and Asia.

The fetish aspect of guns and cannons is undeniably part of it, but Teryoshin also hints at how the elite’s thirst and hunger is stilled by means of catering. The title Nothing Personal leads to the assumption that it’s all just business. These photographers are laying bare (if not overexposing) how the weapons industry is merely a hidden yet integral aspect of capitalism. […]

Read much more about war photography and Nikita Teryoshin’s project Nothing Personal in Erik Vroons’ main article in GUP #62!