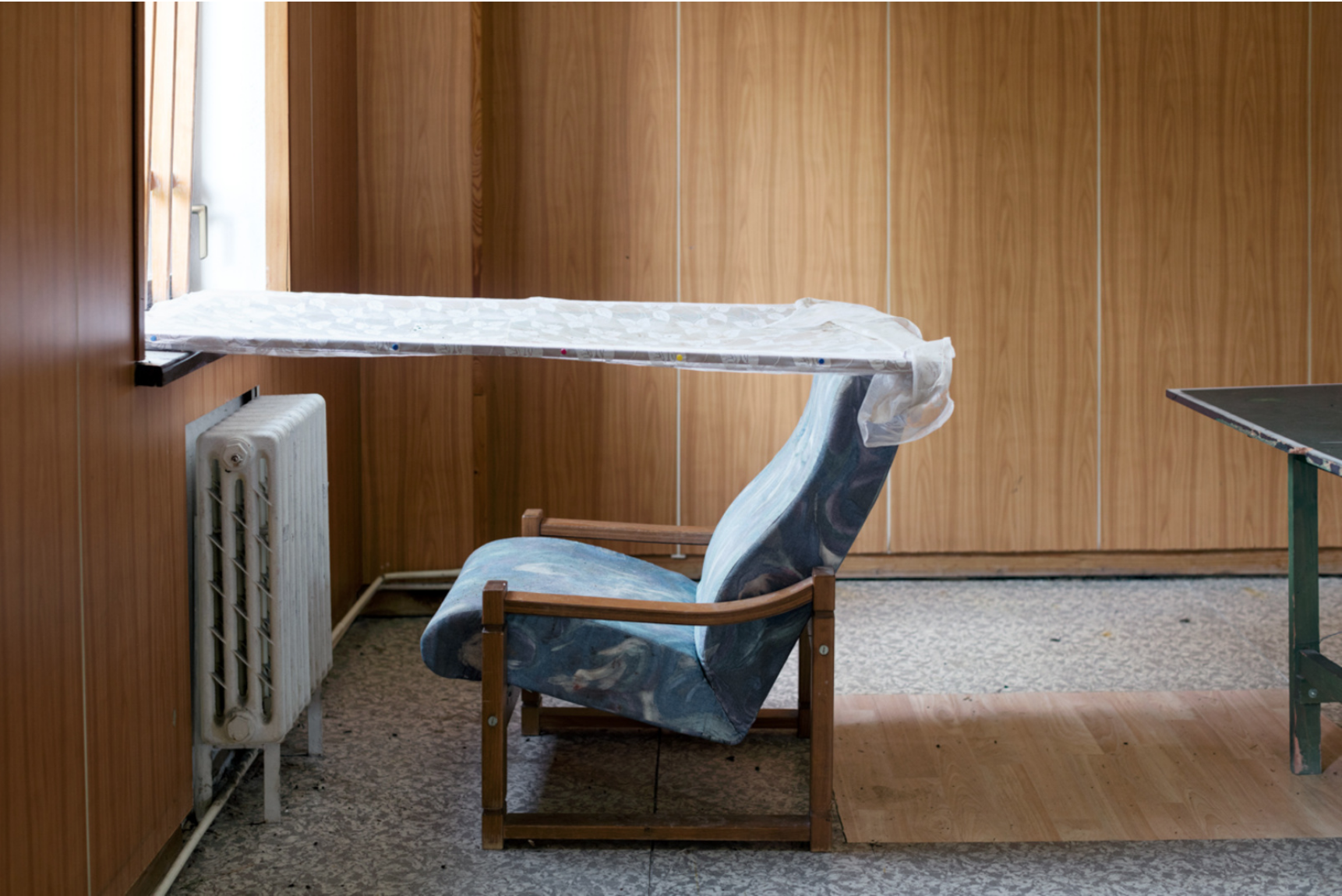 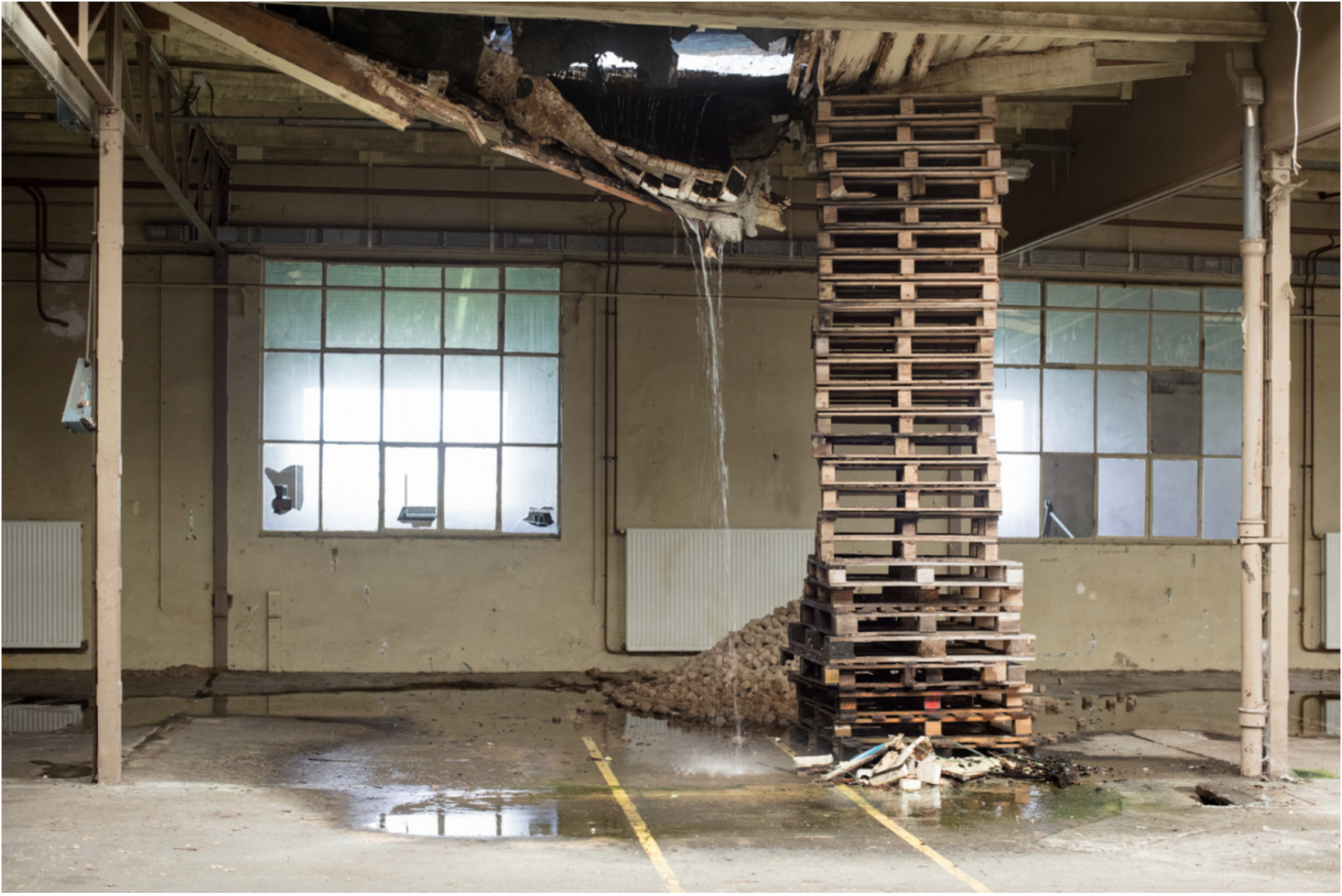 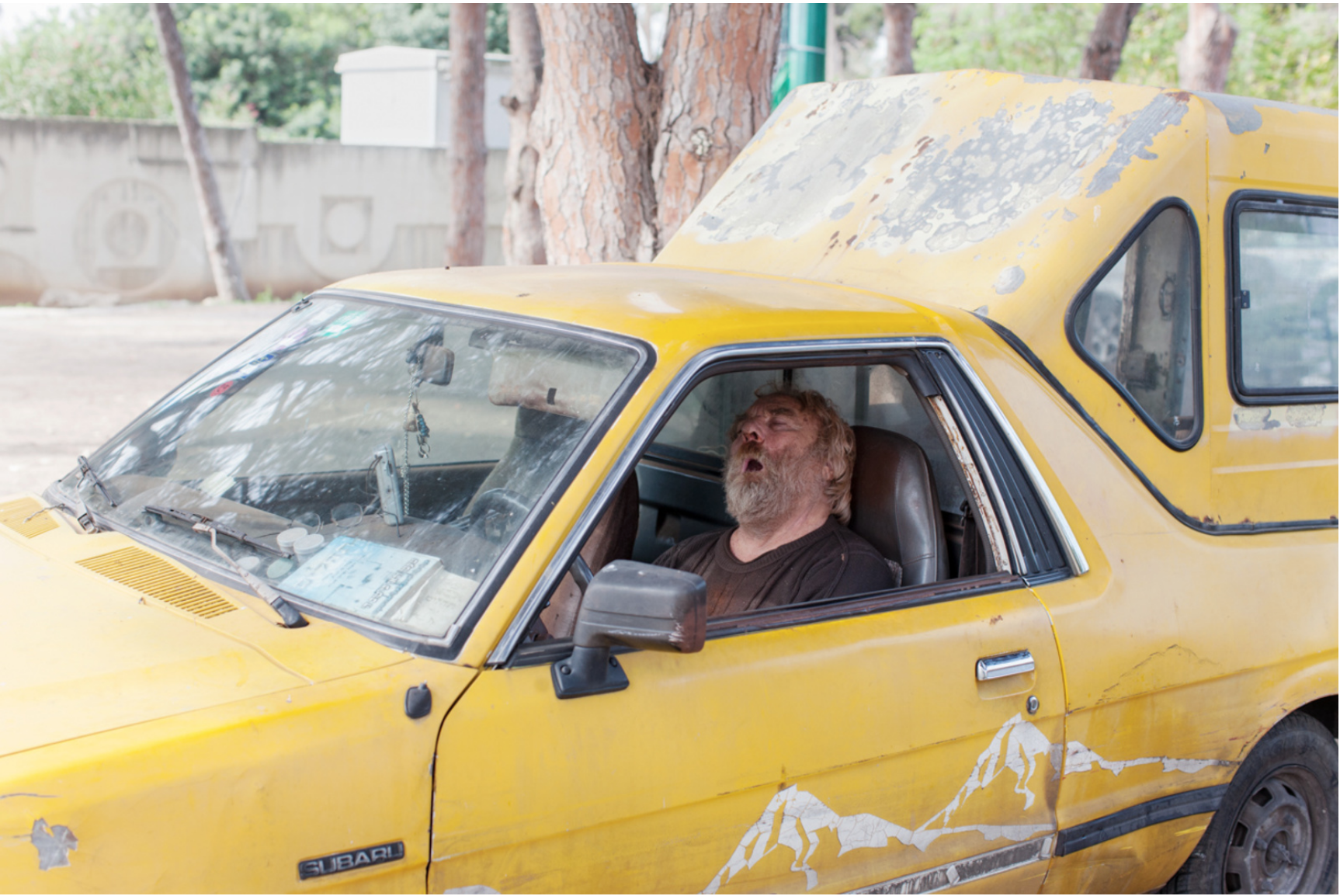 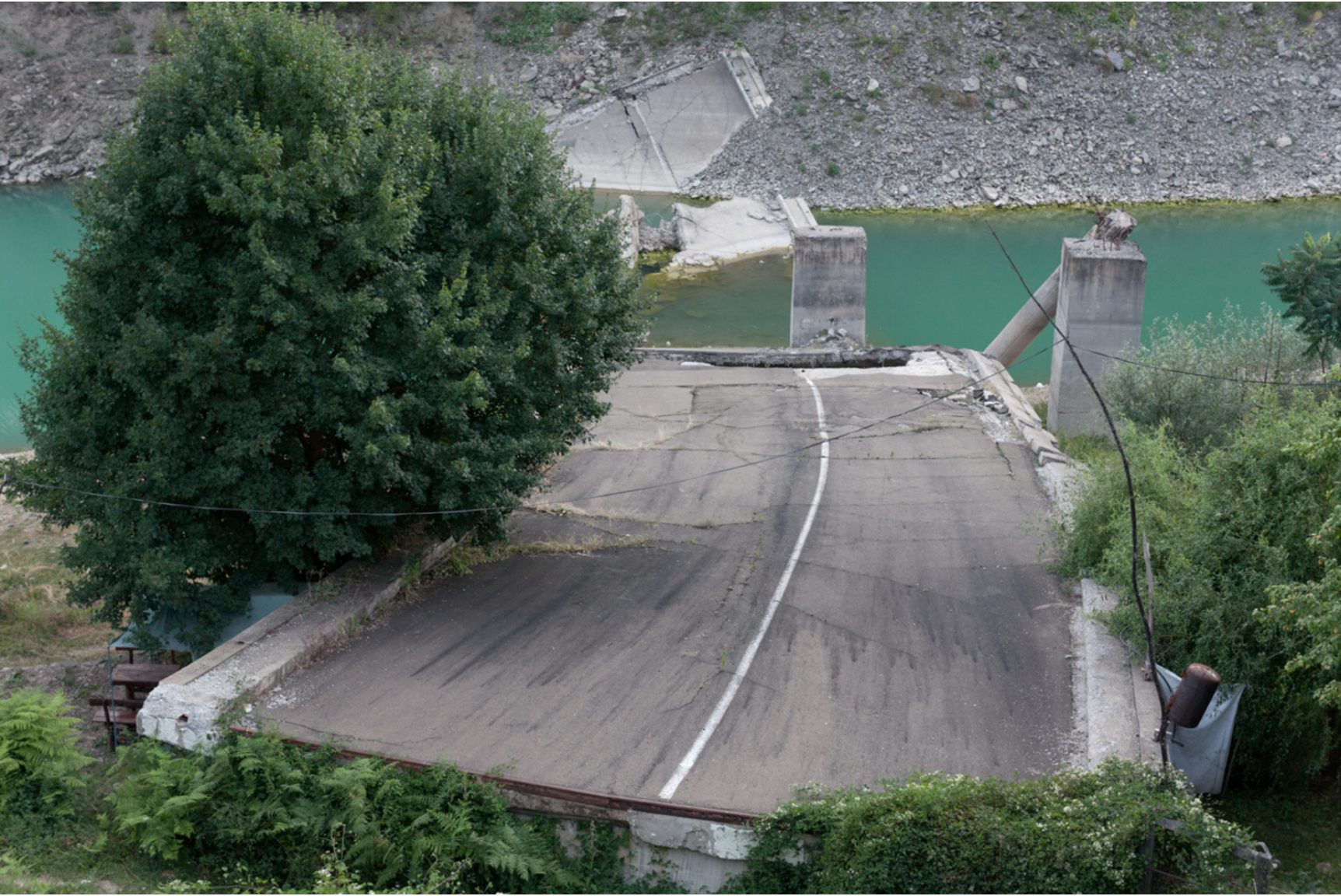 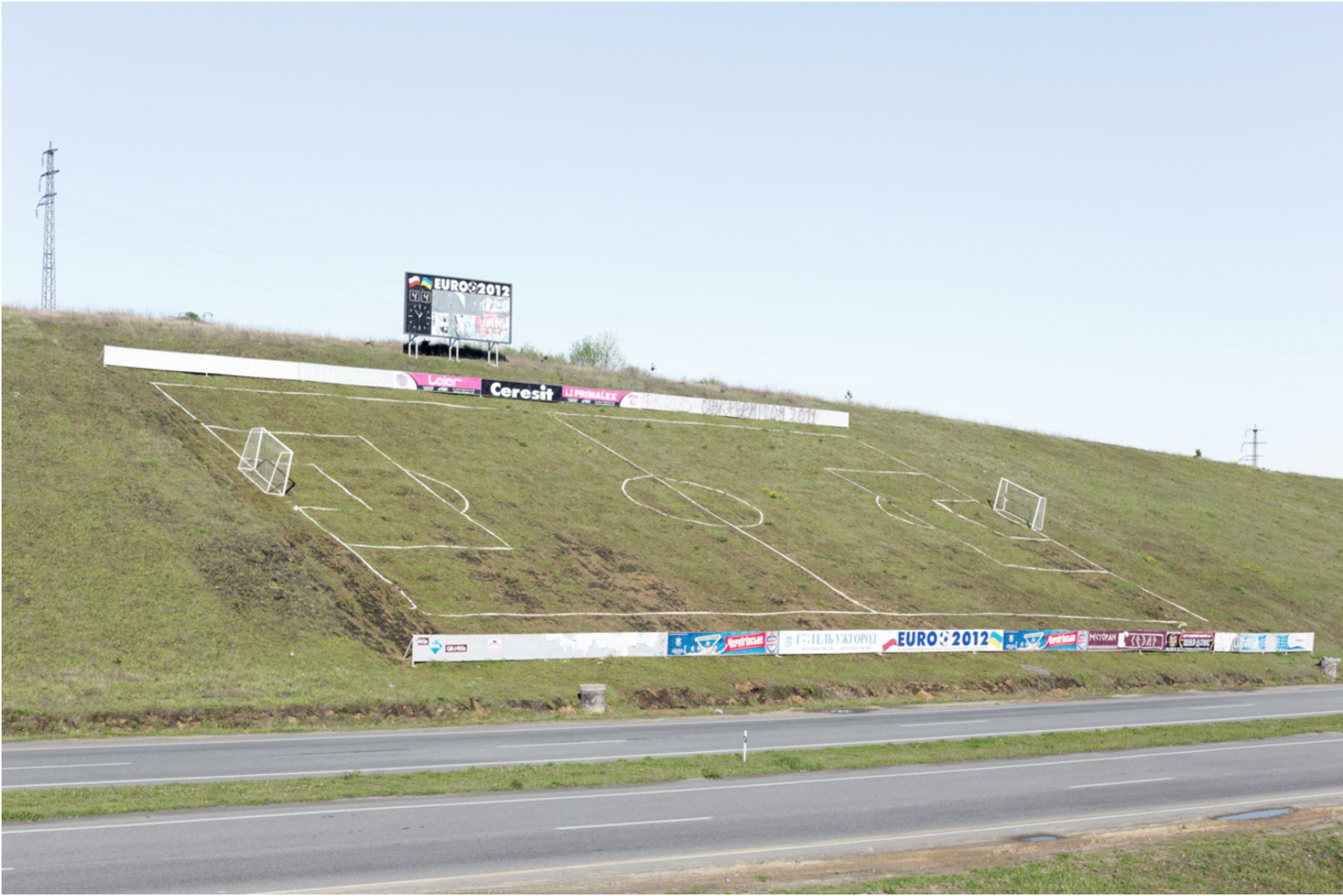 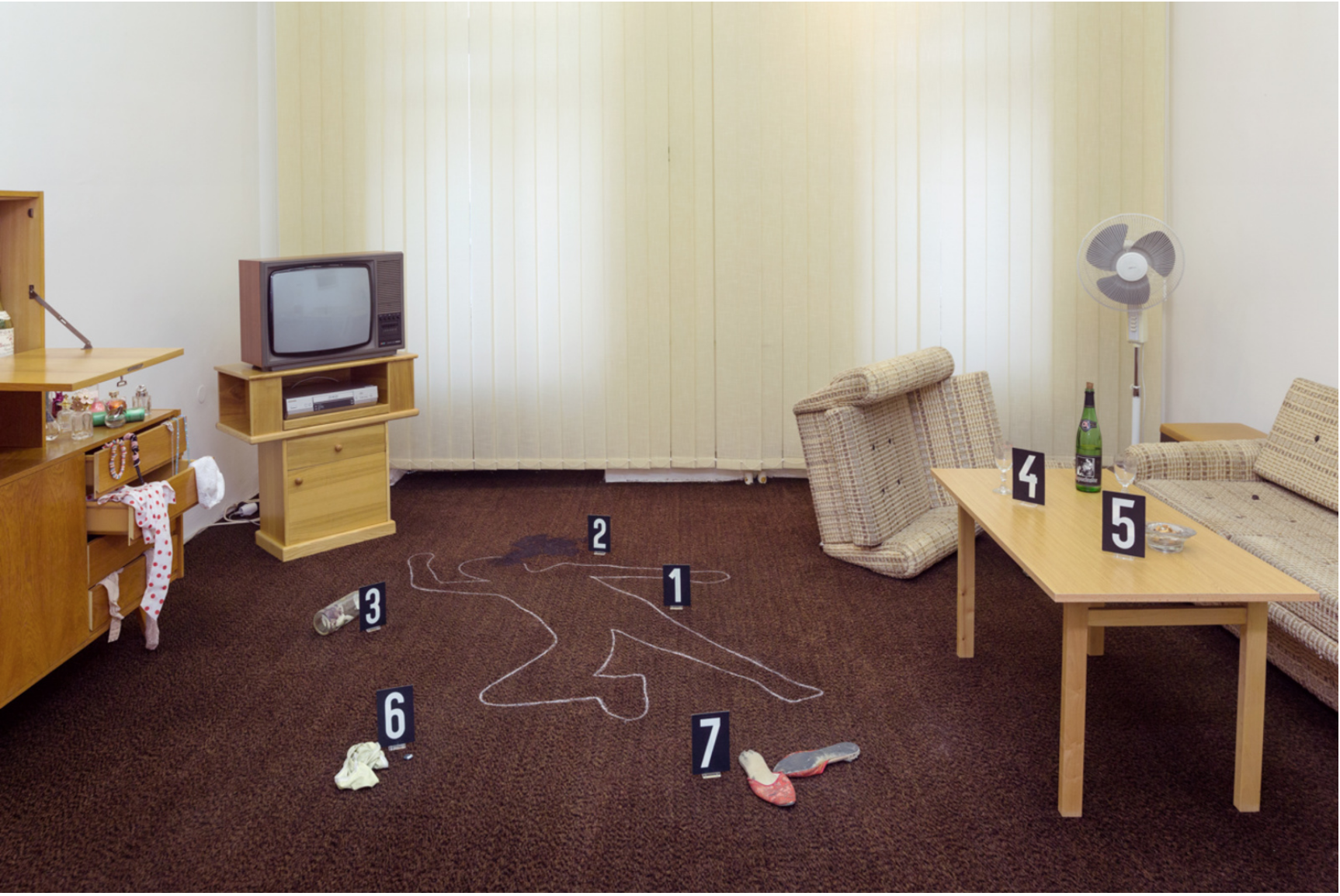 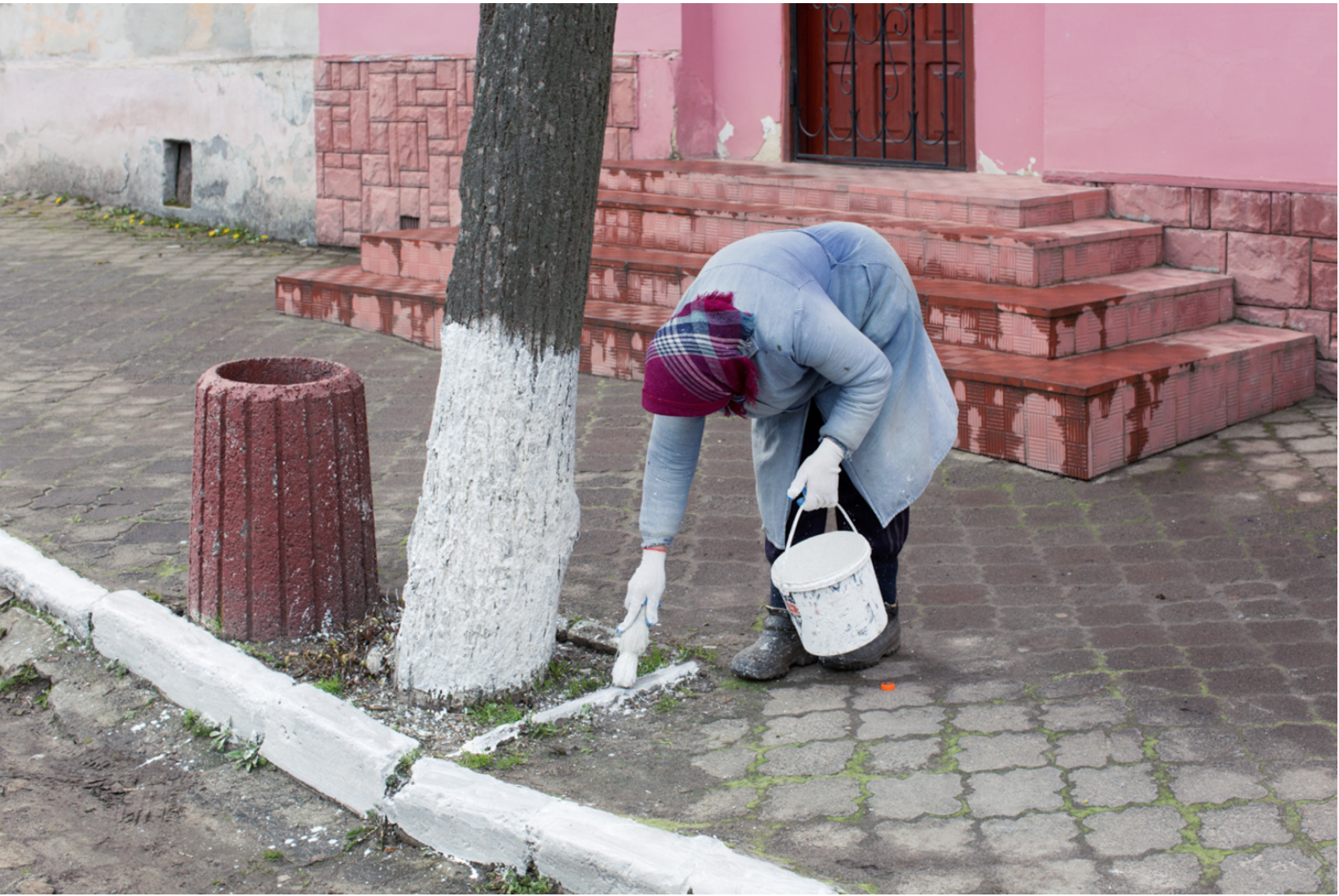 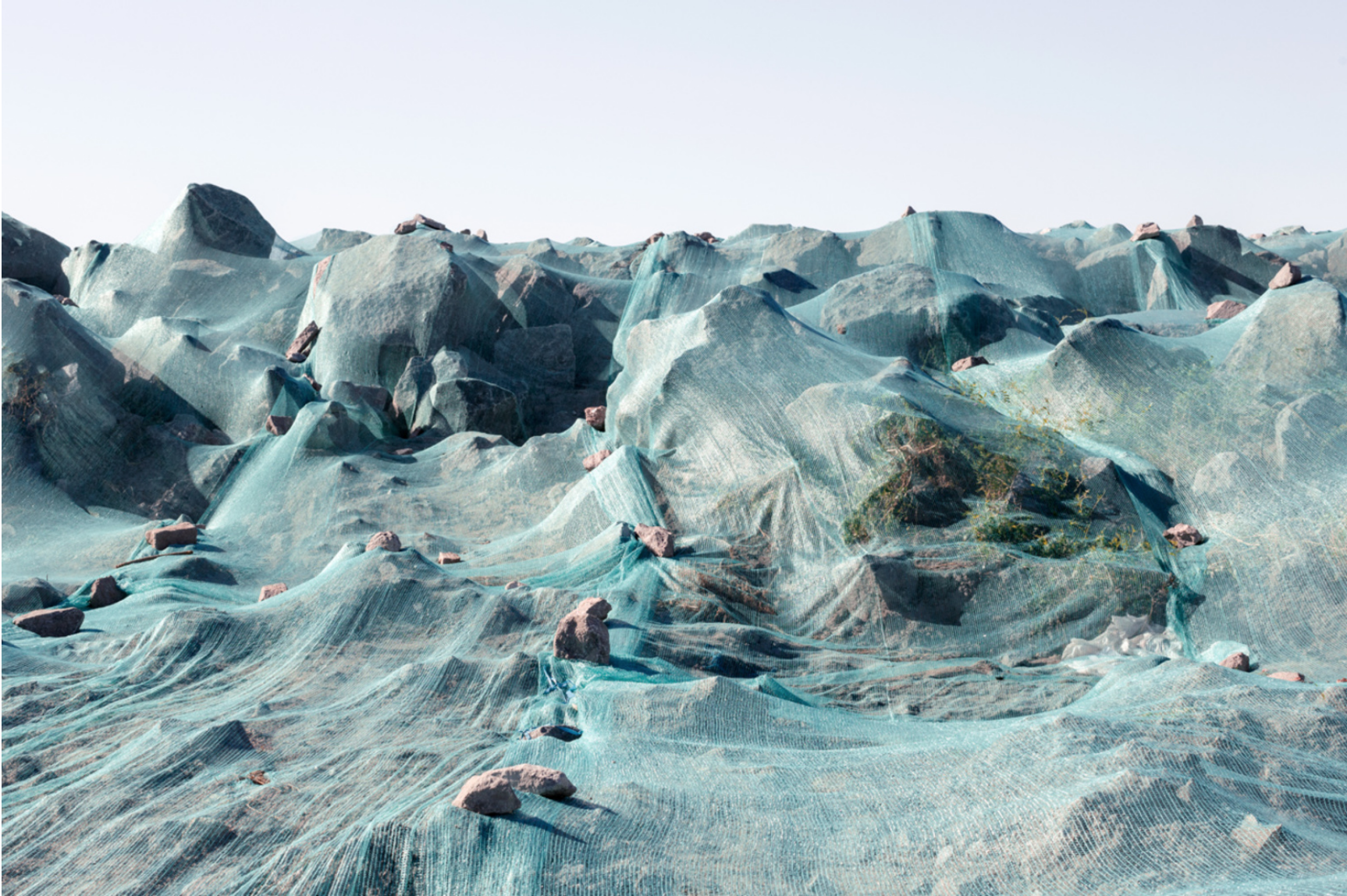 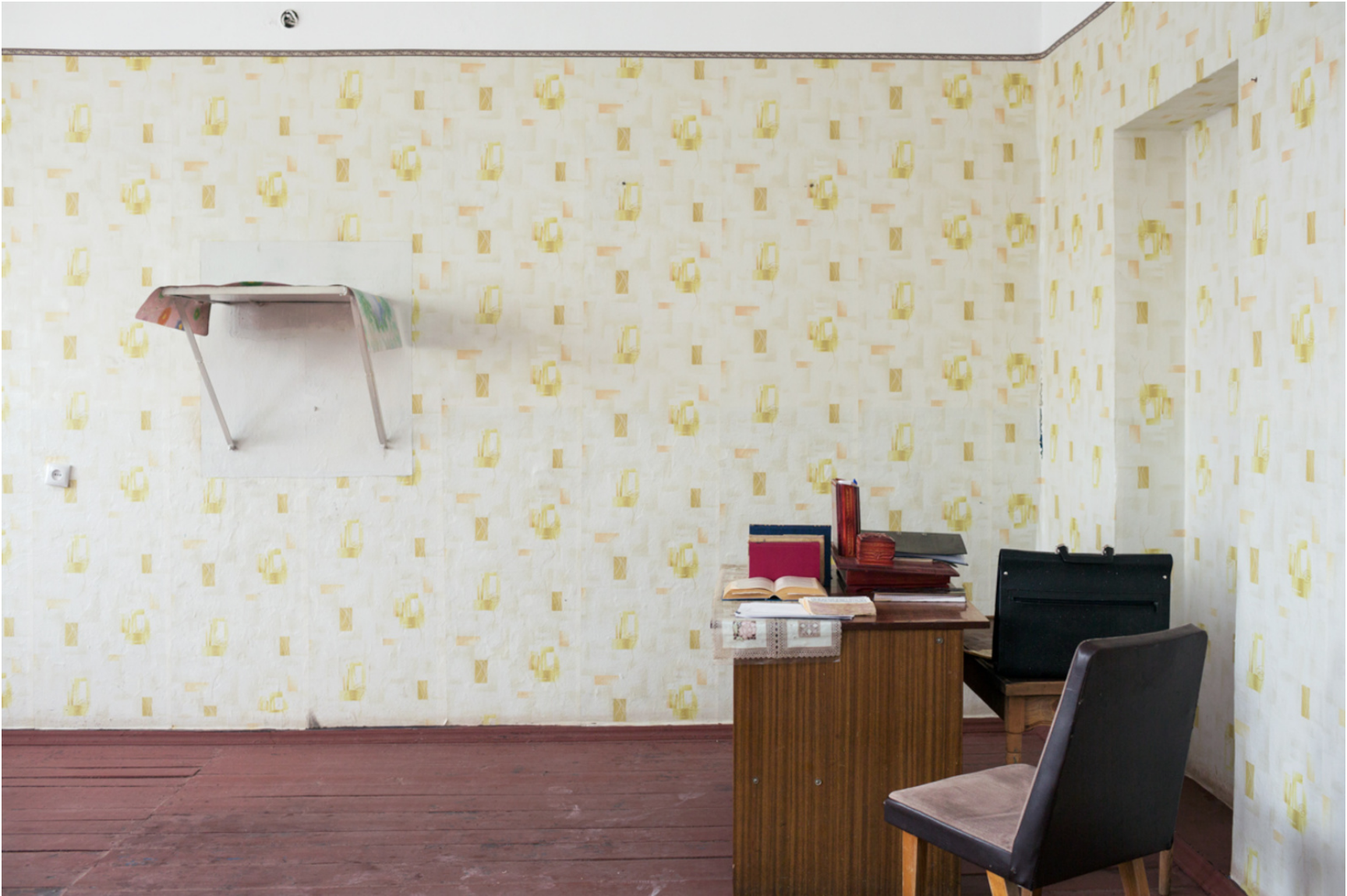 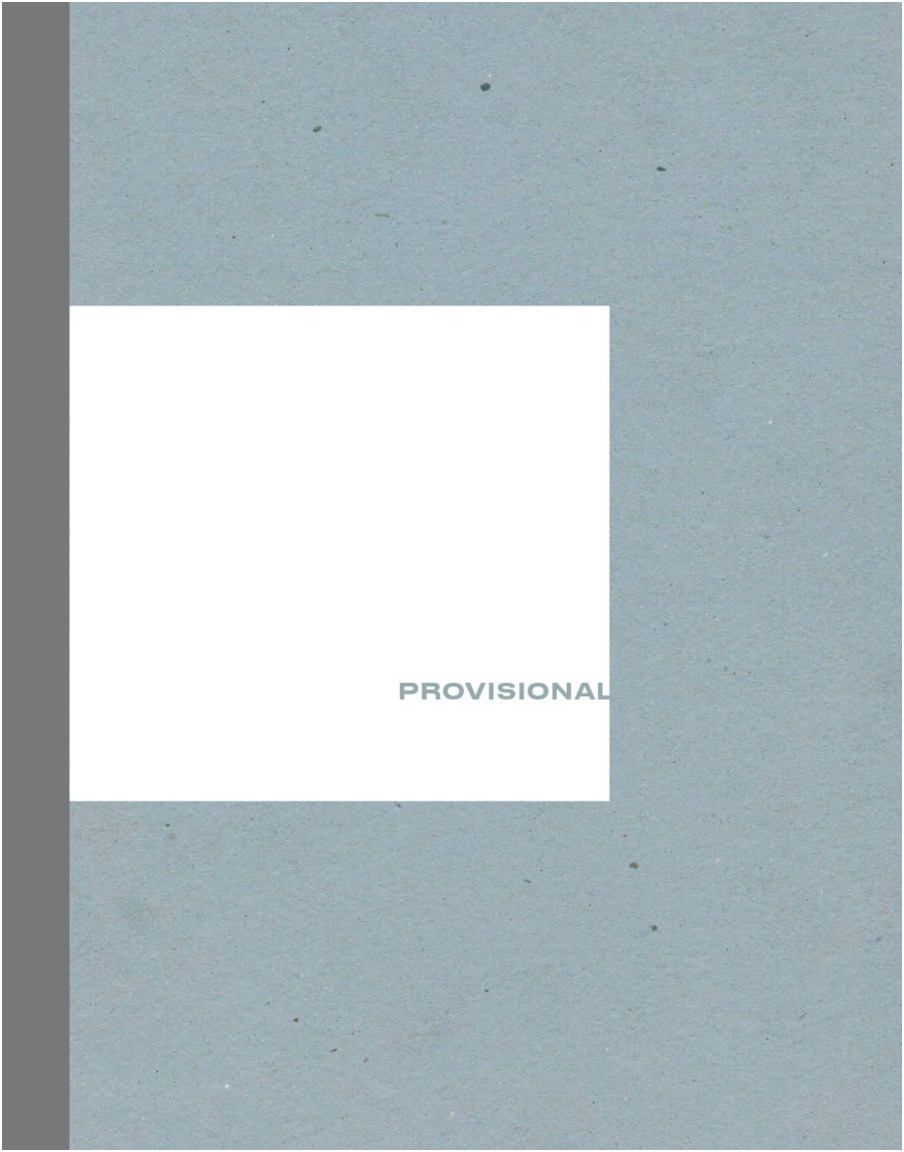 NOTHING IS FOREVER EXCEPT EVERYTHING

Much of modern photography is dedicated to the idea that a camera records something which, were it not for the benevolence of a photographer ‘bearing witness’, would be lost in the maelstrom of existence. By now, it should be obvious that our constant documentation is only creating a parallel maelstrom, ironically, but this does illustrate our essential obsession with ephemerality, with transience. We are obsessed with all that is fleeting, and our chosen means of showing this appreciation is through capture.

Like our tendency to admire a bird by putting it in a cage, it’s an illustration of the curious (non-)logic of the human mind. It’s a perverse celebration of contradiction, an absurd game of taking something and insisting that it be its own opposite. By elongating time, we try to eradicate it.

In Provisional Arrangement, a series from Slovak photographer Martin Kollar (b. 1971), we see the evidence of temporary solutions. A frail tree branch preserves the continuity of a power cable, the front seat of a car serves as a good enough bed, a tower of pallets holds up half of a collapsing ceiling. The long-term stability of these solutions is untenable, and that’s essentially the point: we can see they’re not meant to last.

And Kollar has photographed them, making them last.

That devilish wink is what gives bite to Provisional Arrangement’s sense of humour. Within each image is a joke in motion, and because we as viewers are left to construct the punchline, it’s able to preserve its comedic potency. Kollar deftly leaves out details that would tell us too much, and thus we’re kept floating in the twinkling anticipation of wanting to know how the joke ends, feeling laughter build without breaking.

Ever since Henri Cartier-Bresson described the hunt for the ‘decisive moment’, photographers have sought to capture the single moment in time that embodied the essence of an event. Then, with the introduction of Instagram, we went in search of the ‘idealised moment’, one in which an image of perfection usurped our hold on reality. Whatever comes next, we can be fairly certain that it will be consistent with our hunt to find one moment to stand for many, a slice of time that is arbitrarily elevated above the rest, as though we are traders in a temporal stock market responsible for determining the actual value of each passing second.

To label something as ‘provisional’ is in equal measure true and false. Let’s restate something so obvious we keep on forgetting it: everything changes. Classifying some things as ‘temporary’ and some as ‘permanent’ is absurd in itself. But, contradictorily, change is exposed to us only through time, which is itself a dimension of our reality that is neither obligatory nor universal. Everything lasts forever, if we’d just stop counting.

Kollar’s images vibrate with the tension of inevitable and immediate change; something’s gotta give. He tickles us with our own mixed messages: why do we value some things for their longevity and others for their brevity? What does it even mean for something to be considered ‘complete’?

Perhaps more than anything, what Kollar brings to us is the joy of the now. With everything in flux, we’ll frequently find ourselves in situations that are less than ideal. It’s one option to complain that things are not to your liking. It’s another to accept things as they are for now, knowing it is all in motion, and make a provisional arrangement.

Nothing Is Forever Except Everything was featured in GUP#54, the Playful issue.