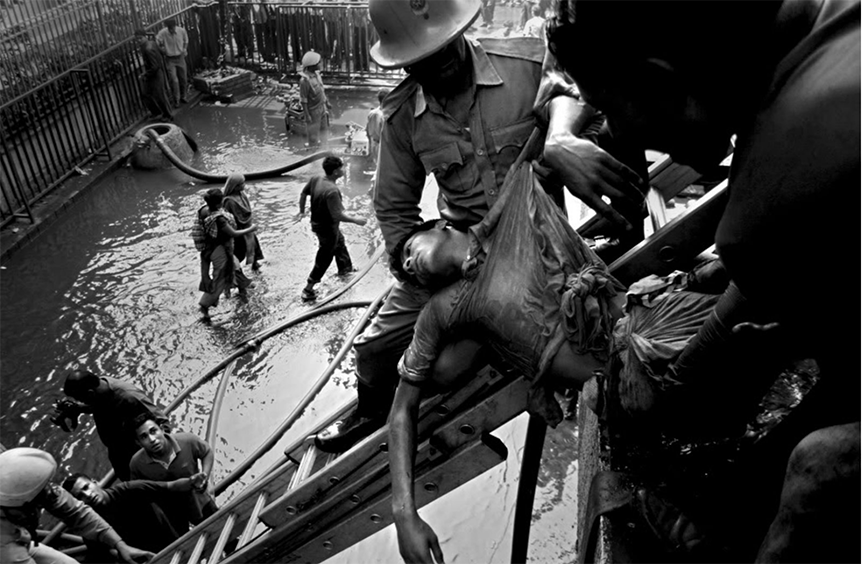 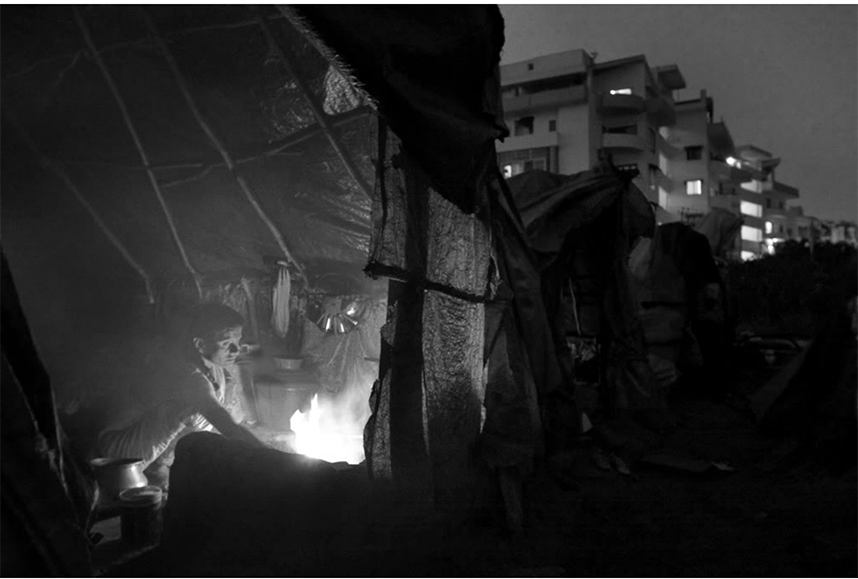 In addition to the Noorderlicht portfolio in GUP#30, The Metropolitan Issue, we bring you six chapters introducing fifteen photographers as well as the six featured themes for the upcoming Noorderlicht Photofestival in Groningen, The Netherlands. Today chapter 4: Deficient.

Nature takes care of itself, the always hungry city demands that we feed it constantly. As soon as we, our architecture or the economy are remiss, the city withers. Hear: the sound of hurrying feet. See: the metal grimace of roll-down gates, the abandoned, stripped tenements, the downcast anarchy of graffiti. Hear: the boombox or the shattering beer bottle. We see, hear, smell – and our heart misses a beat. This is the world of human shortcomings, of the dream that turns into a nightmare.

Abdullah Abir
Abdullah Abir (Bangladesh, 1971) wants to show how reversing the trend of inefficiency and neglect by the authorities can help bring an end to the needless loss of many lives in his beloved city of Dhaka. Fire is an ever-present death threat for the entire community of Dhaka city. From homes and workplaces to shopping malls and public spaces, a lack of building codes and fire protection have created a situation where residents are living in a continual death trap. The widespread lack of equipment and protection means fire deaths affect nearly everyone, from working class to middle class, and even the elites.

Carlos Sanchez and Jason Sanchez
In their work The everyday (2009) we see an explosion in a residential area where the resulting dust cloud terrifies passersby. From the poses of these citizens to a missing numberplate on a car in the street, it is immediately clear that this image is fully staged. This being said, the realization that this is in fact an everyday occurrence seems unavoidable. By placing the event in an unidentifiable area the artists succeed in taking the fear of death by explosion from the context of eastern warfare and place it firmly in a western context.

Selvaprakash Lakshmanan
Selvaprakash Lakshmanan (India, 1978) focuses on a wide range of social and environmental issues. In his series The Rural Exodus, he portrays rural migrants in Indian cities. These cities are bursting at its seams with millions of migrants who are forced to seek refuge here as the villages no longer feed them. Crop failure, pending loans, drought, flood, caste discrimination – the distressing reasons for this rural exodus are many. For the thousands of villagers, the relentless construction — the mark of Indian urbanisation — spells jobs. They come en masse and head to construction sites, where they find work as cheap labour. Shanties mushroom around every construction site. These villagers do not migrate for pleasure or to chase a quick buck in a big city. They are driven out by desperation. It is not migration simple and straight, it is distress migration.