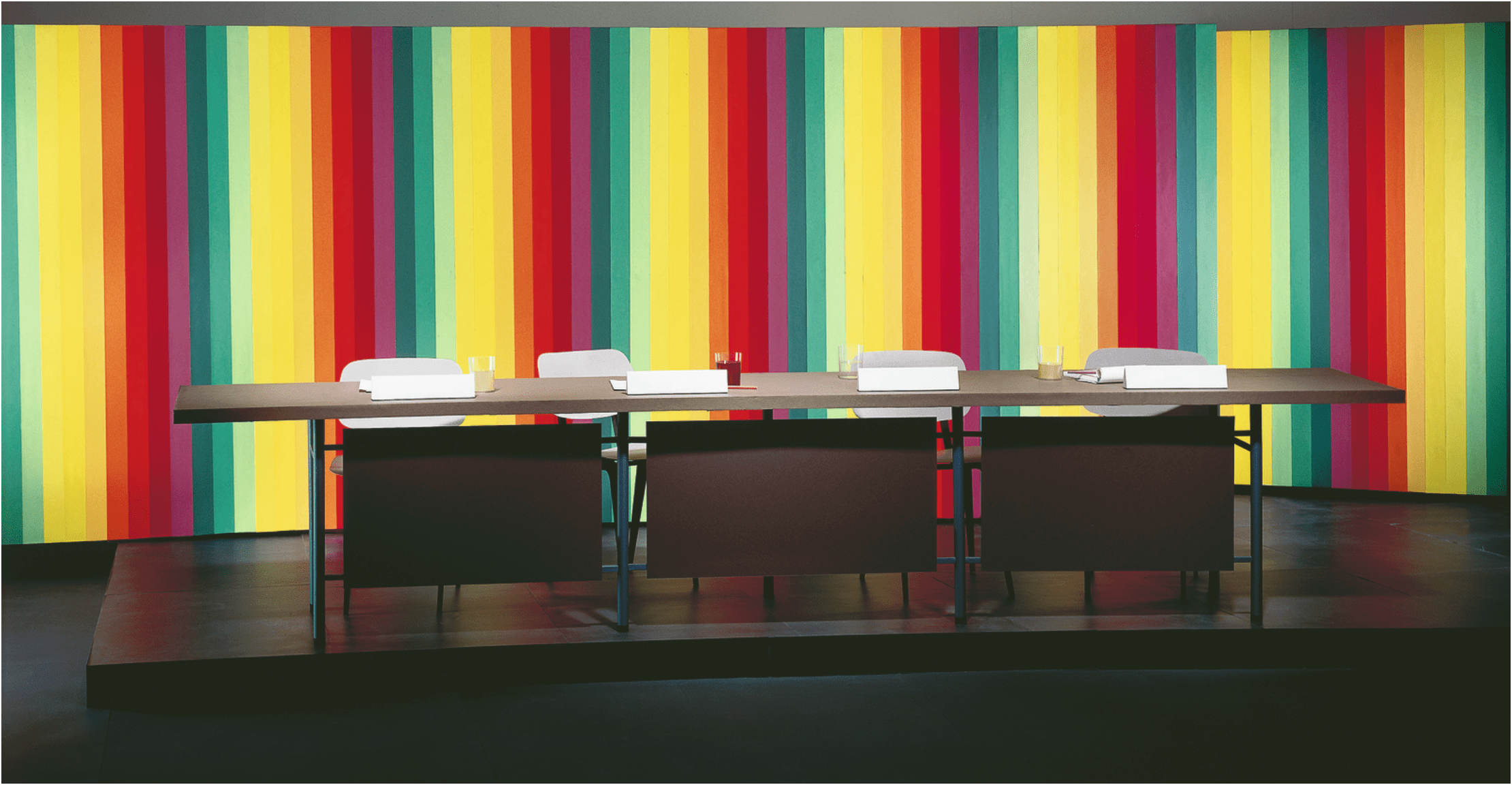 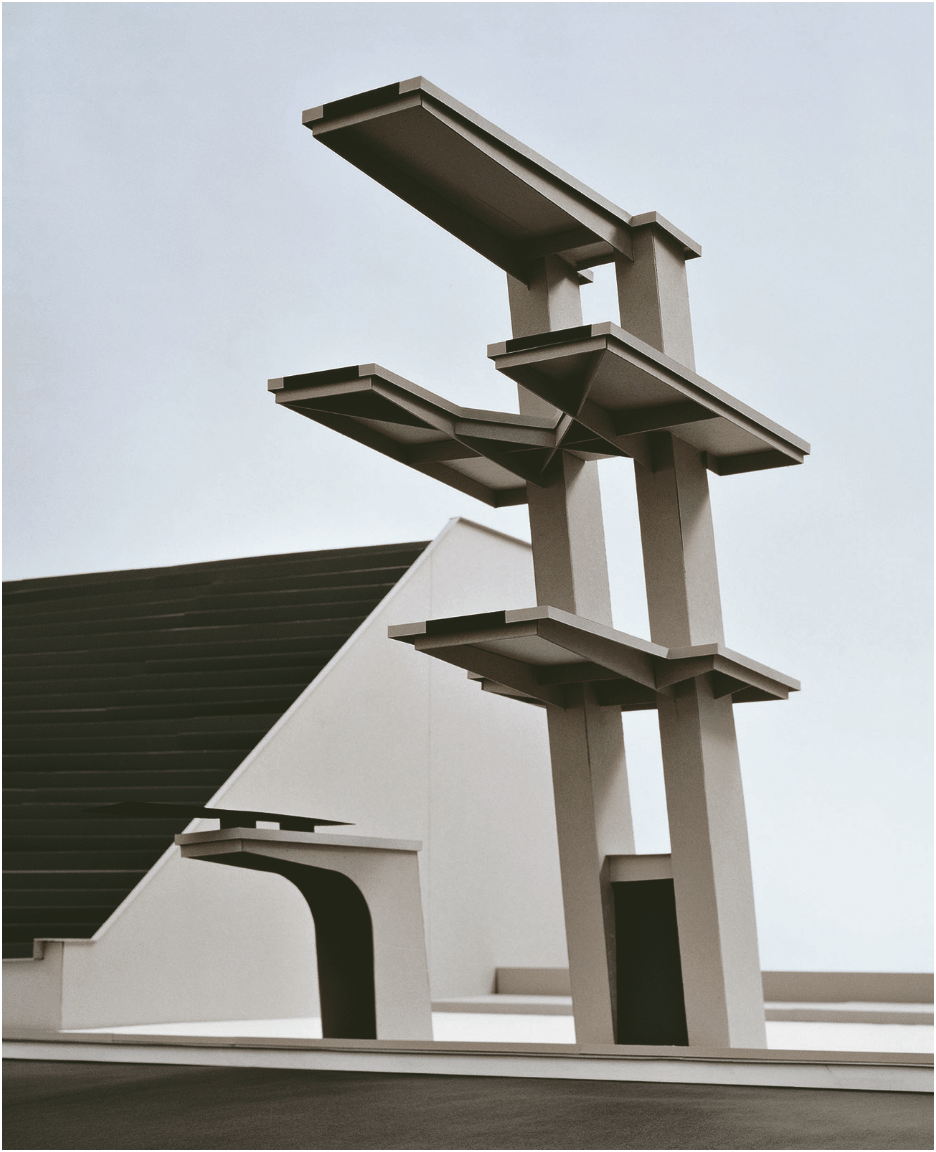 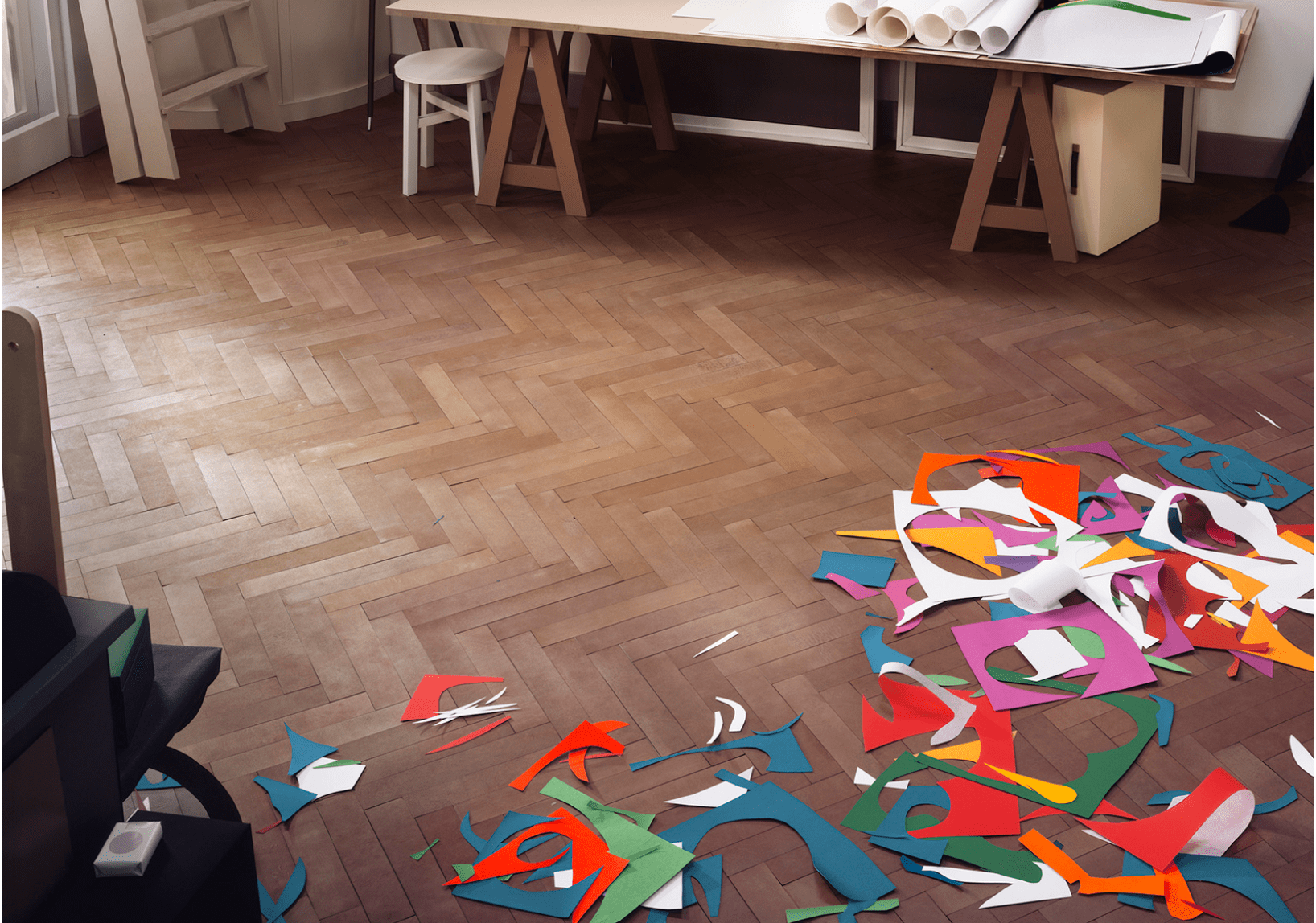 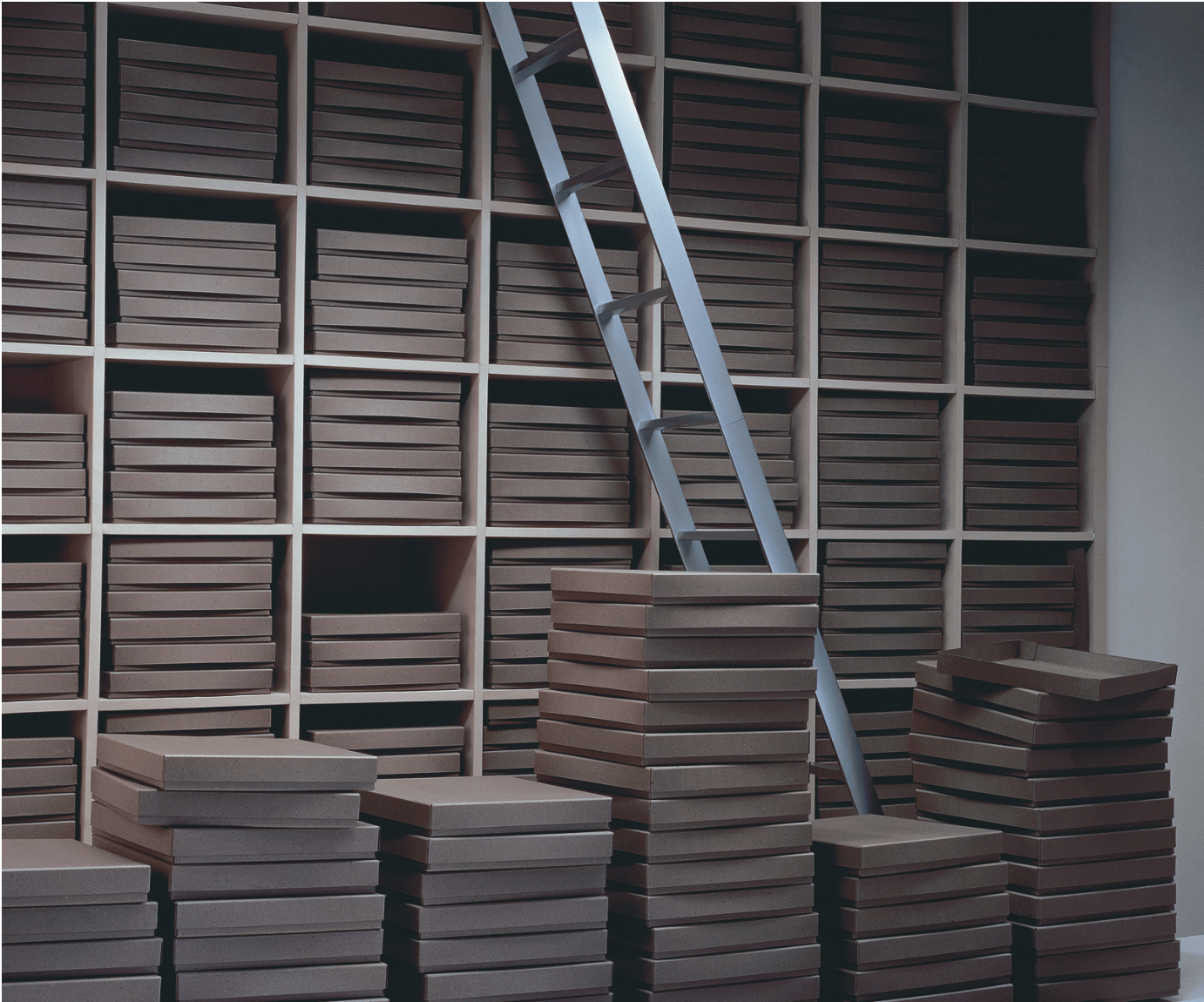 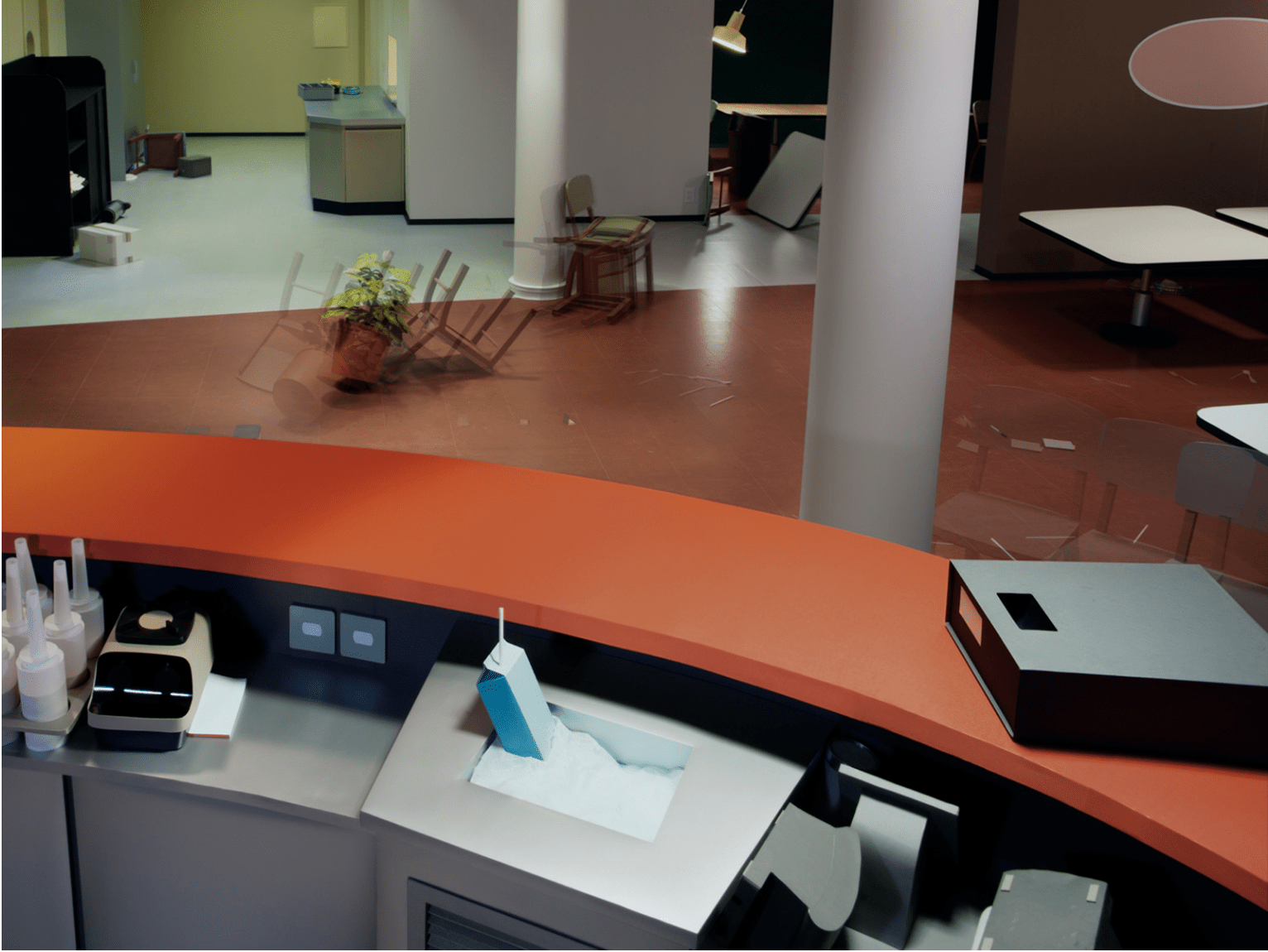 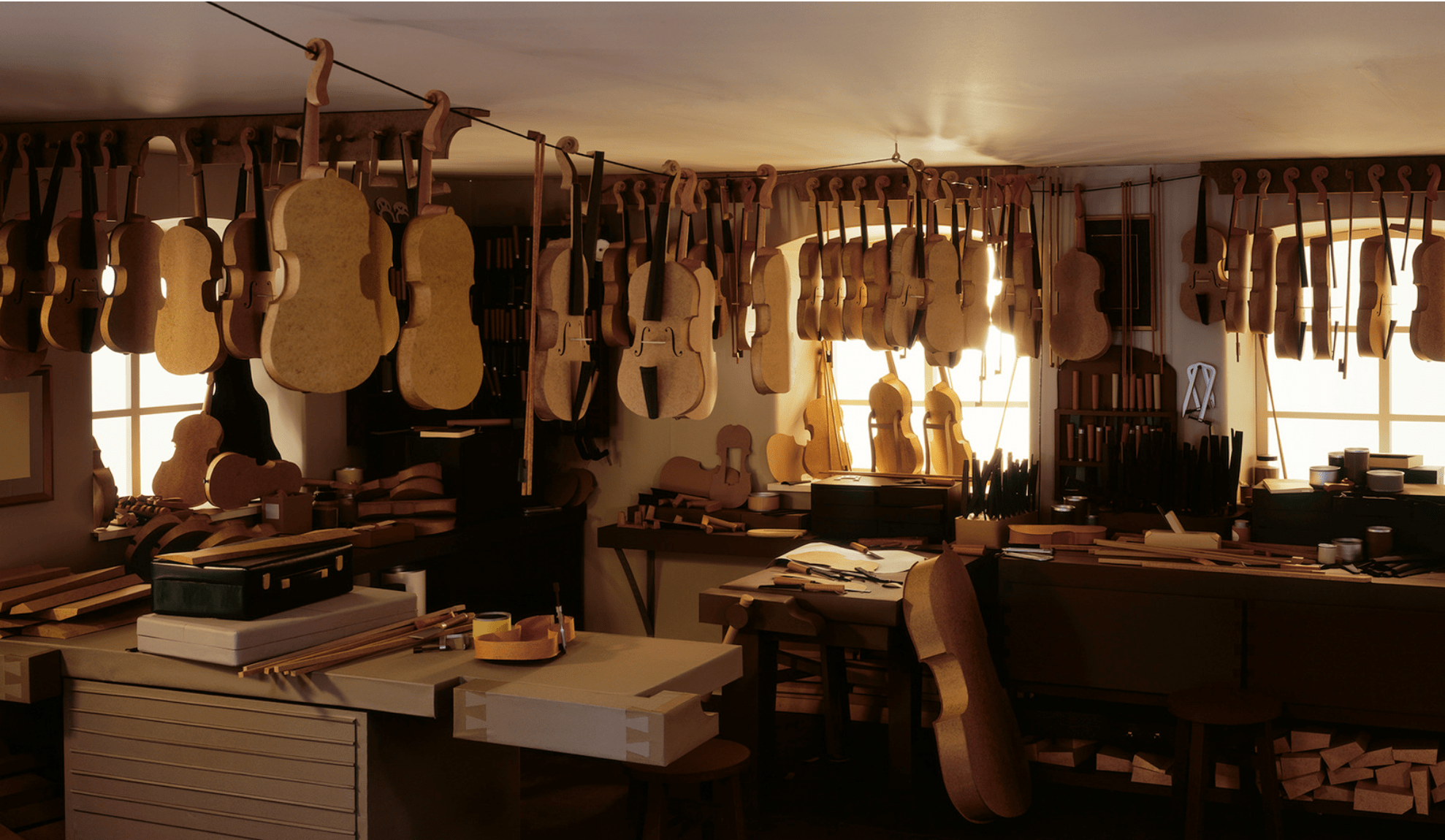 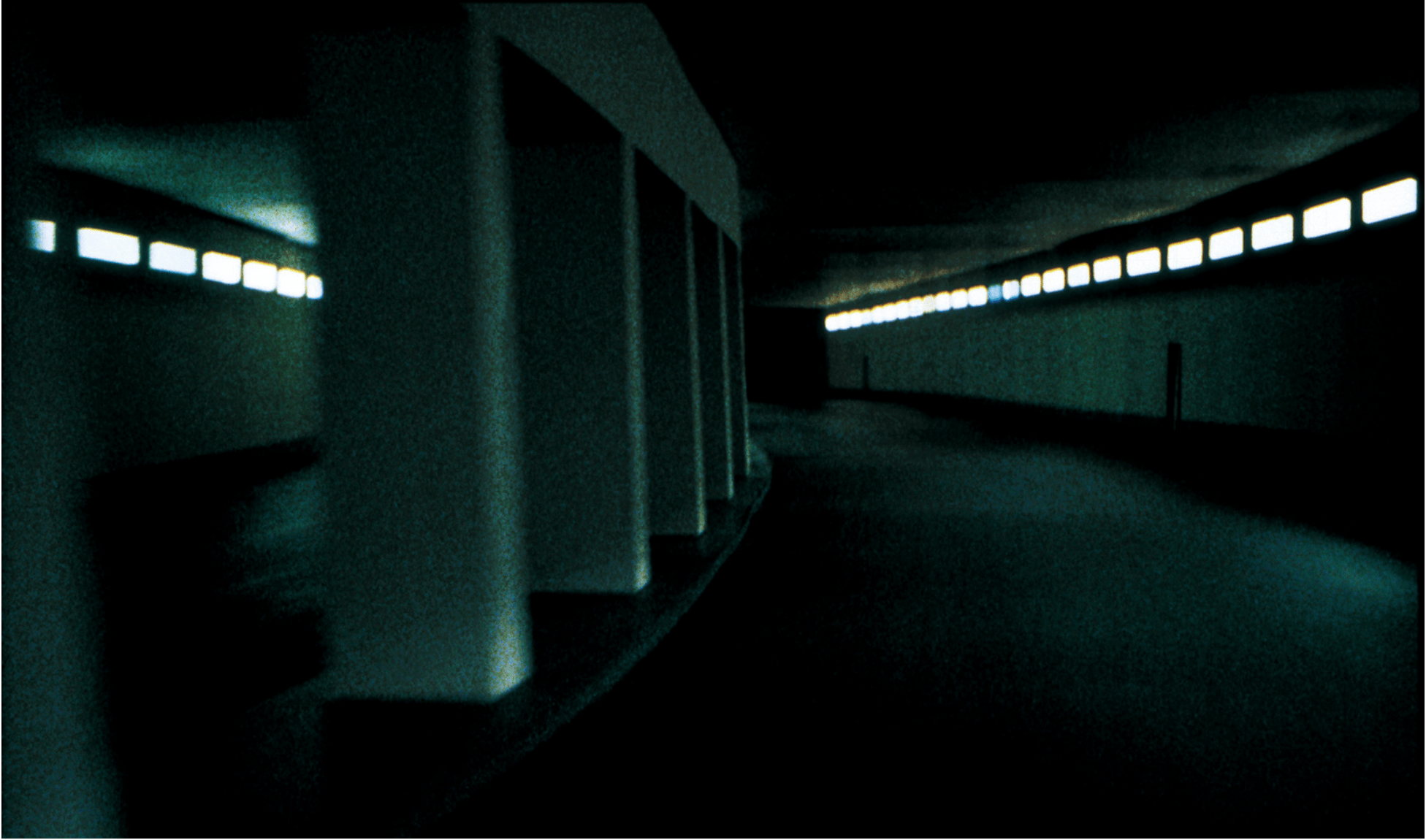 NO TEXT NO HUMANS

Even when they’re full of details, the spaces in the photographs by Thomas Demand (b. 1964, Germany) feel empty. They may contain furniture, greenery and traces of life, but they’re devoid of life itself: no text, no humans. We see uninhabited spaces and lifeless exteriors, impossibly clean and eerily clinical. With not a spot to be seen, they are too perfect to be true. And actually they are: these spaces aren’t real, these are not photographs of actual locations; they are constructions.

Demand is as much a sculptor as he is a photographer. What we see is built out of paper and cardboard. He often reconstructs places of historical or cultural significance: the last studio of Jackson Pollock; the office where Bill Gates founded Microsoft; the Paris underpass where Princess Diana crashed; a diving board recalling the 1936 Berlin Olympics. Demand has not visited most of these locations – his paper structures are frequently based on news photographs in widespread circulation and are reflections on our collective ‘media memory’. These scenes contain entire histories, but, at the same time, their non-specific nature leaves them open to other interpretations.

The stage or the cinema can imitate and approach reality, like a sea made of plastic in a 1970s movie. However, there will always be a boundary keeping it from the real world. Where movies and plays at least aim for the perfect illusion, Demand deliberately plays with its flaws. Balancing on the line between truth and lies, his aim is to deceive and confuse.

The artist’s criticism of visual culture has come to the fore in different ways throughout his oeuvre. In recent years, he has taken on the phenomena of smartphones and social media. Just like all of us, Demand takes photos on his mobile phone on a daily basis, and most of them are insignificant. While most people present these incidental, undramatic scenes as something of importance by sharing them on social media, Demand elevates them to an even higher pedestal: he meticulously recreates selected snapshots as life-size paper constructions, documents these creations photographically, and then makes prints using a time-intensive technique.

Can a random picture of a plate of food be made worthwhile by making it less fleeting and, through that, upgrading it to the level of fine art? This question of the value of imagery is a fundamental one and at the core of Demand’s intentions. His theatrical constructions are made solely to be photographed. After the photo is taken, he destroys the structure and all that remains is the image. He leaves it up to us, the viewers, to breathe life into these hermetic scenes; to charge them with meaning, fuelled by our own baggage of visual culture.