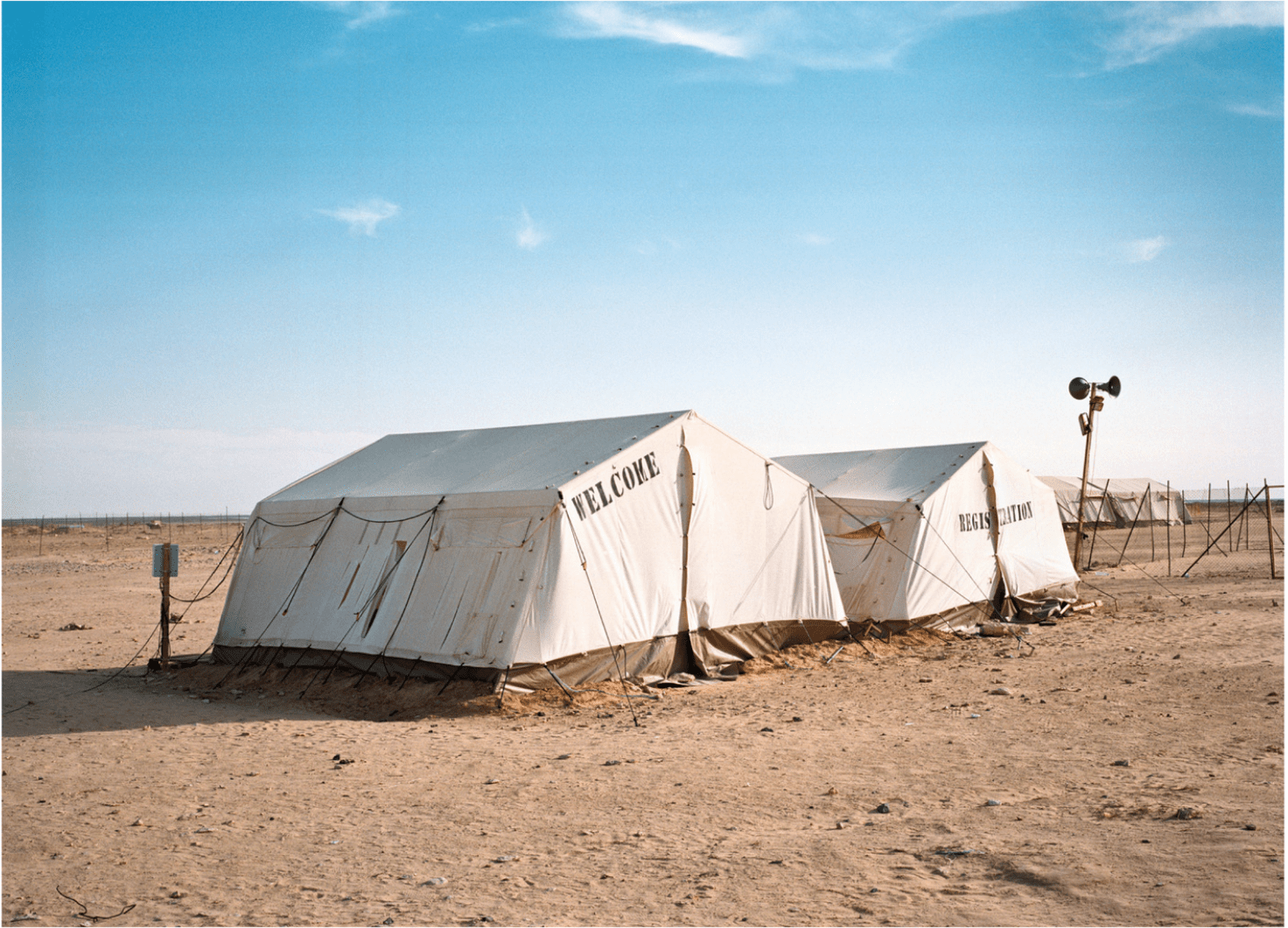 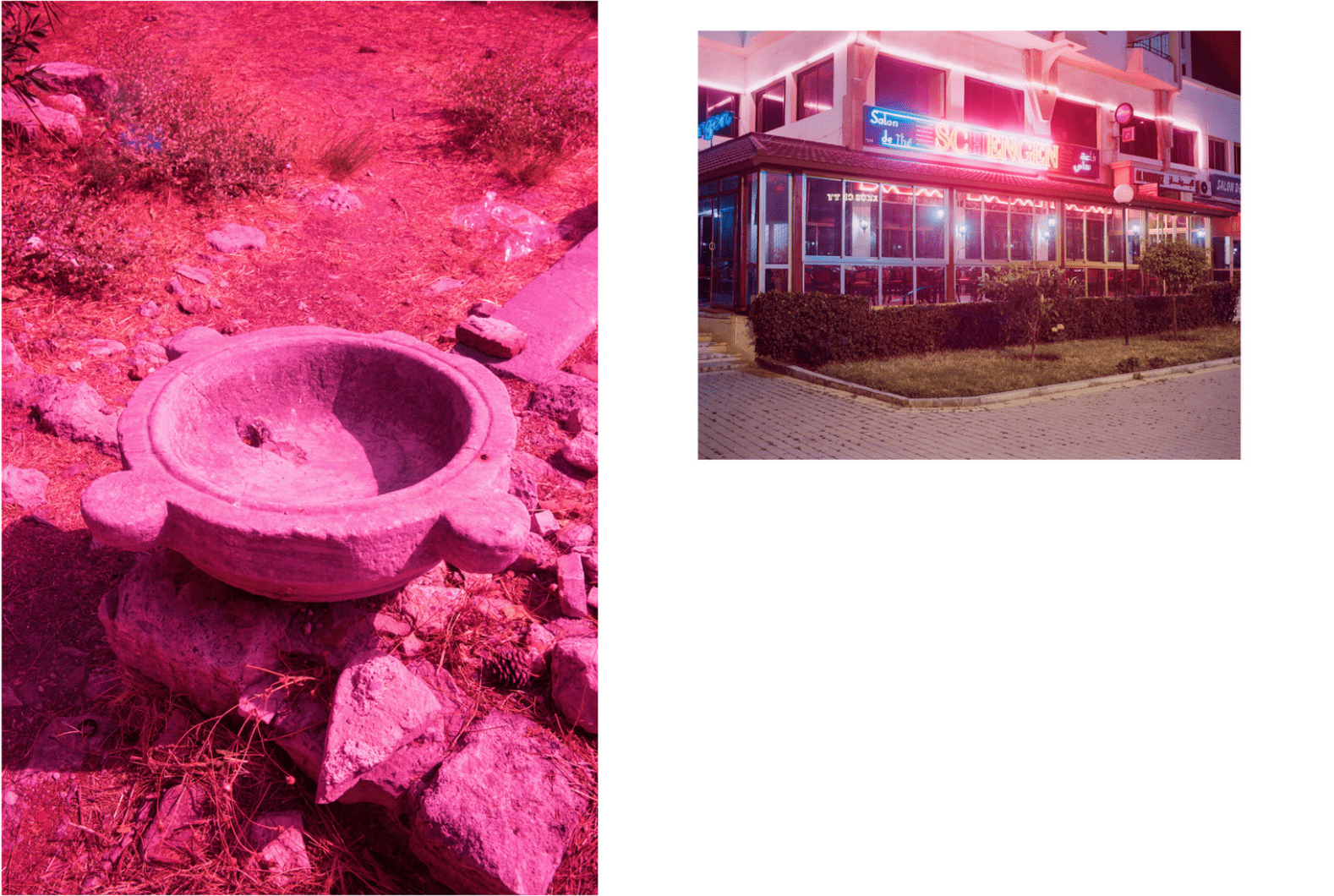 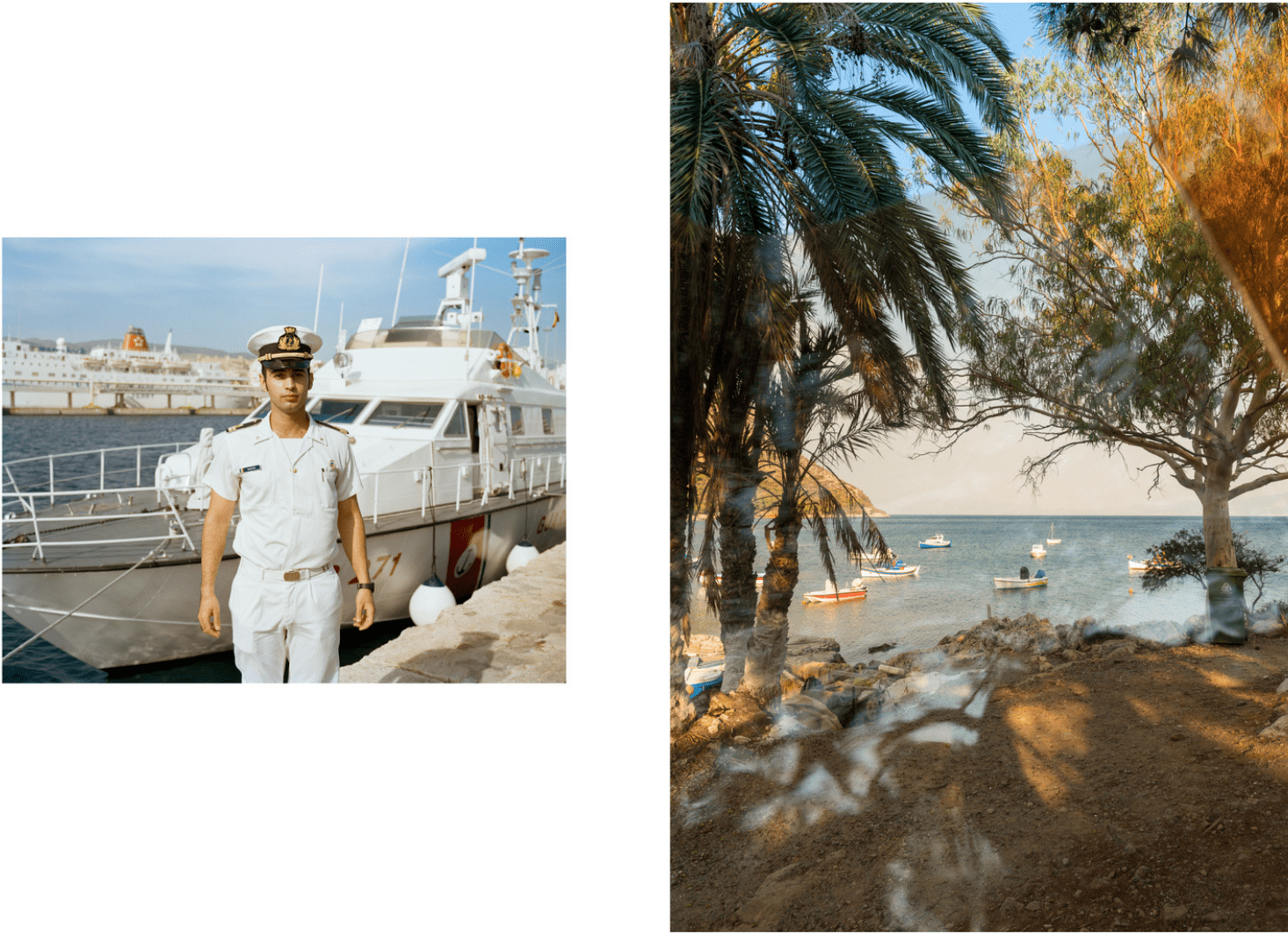 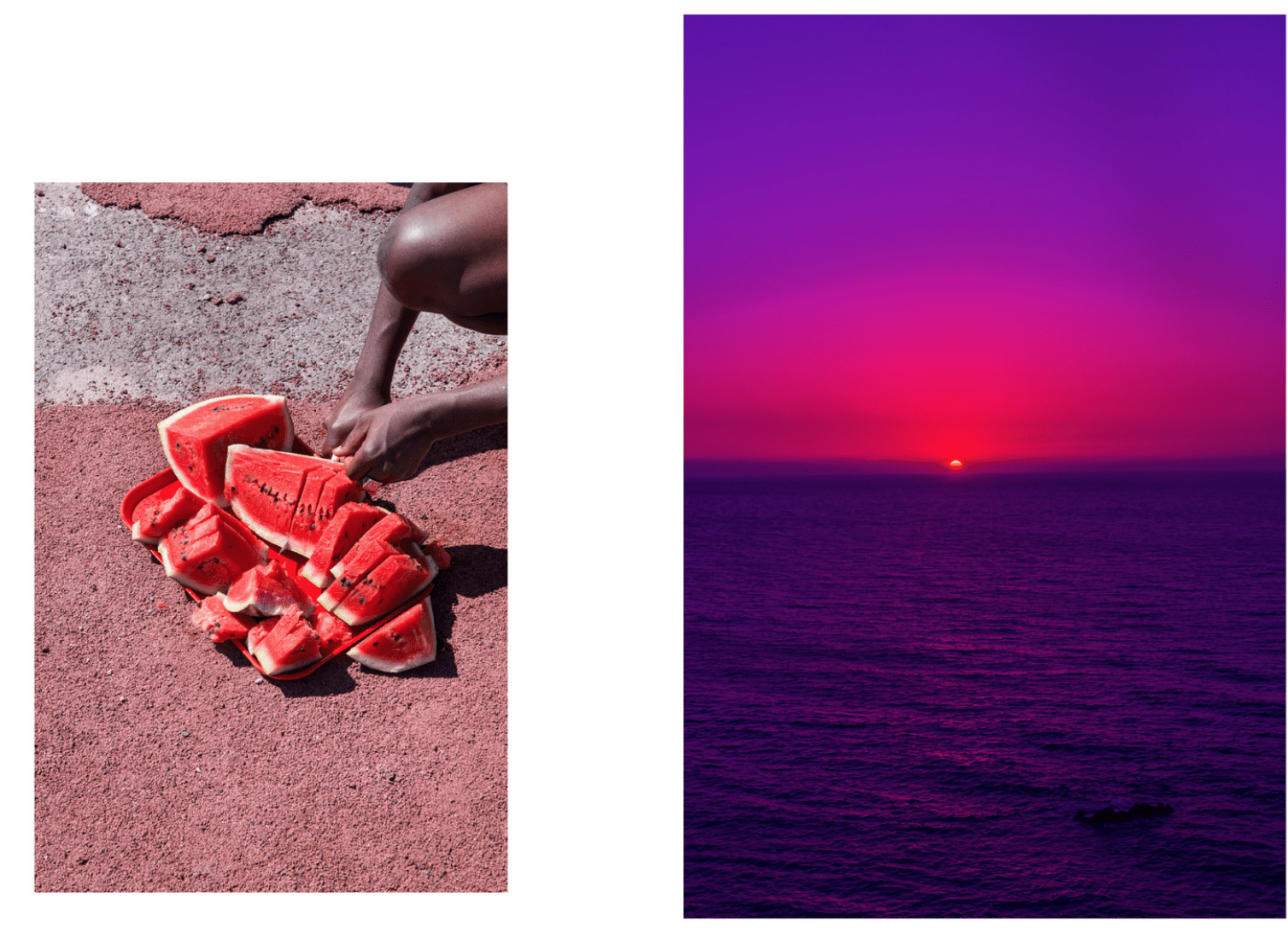 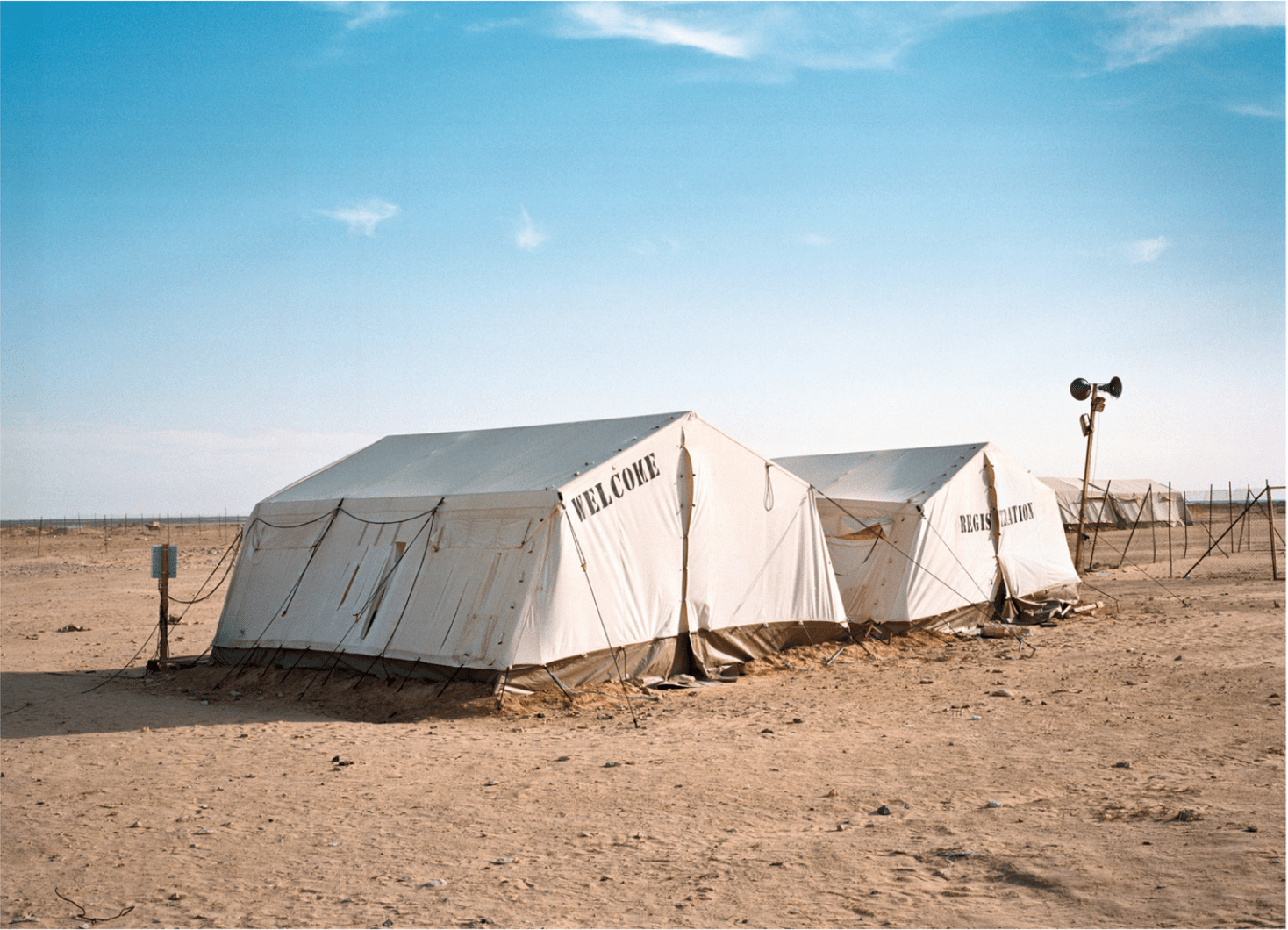 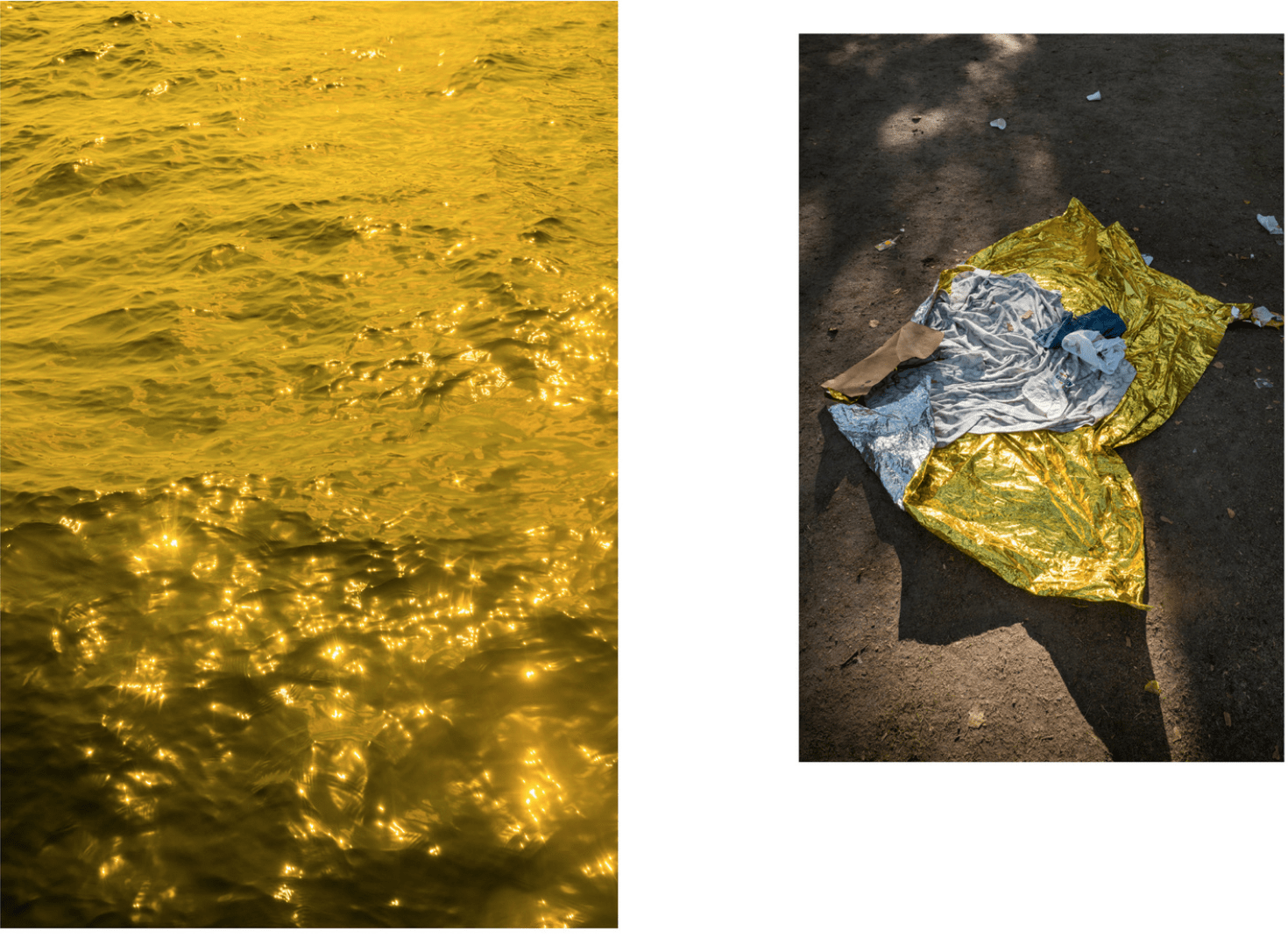 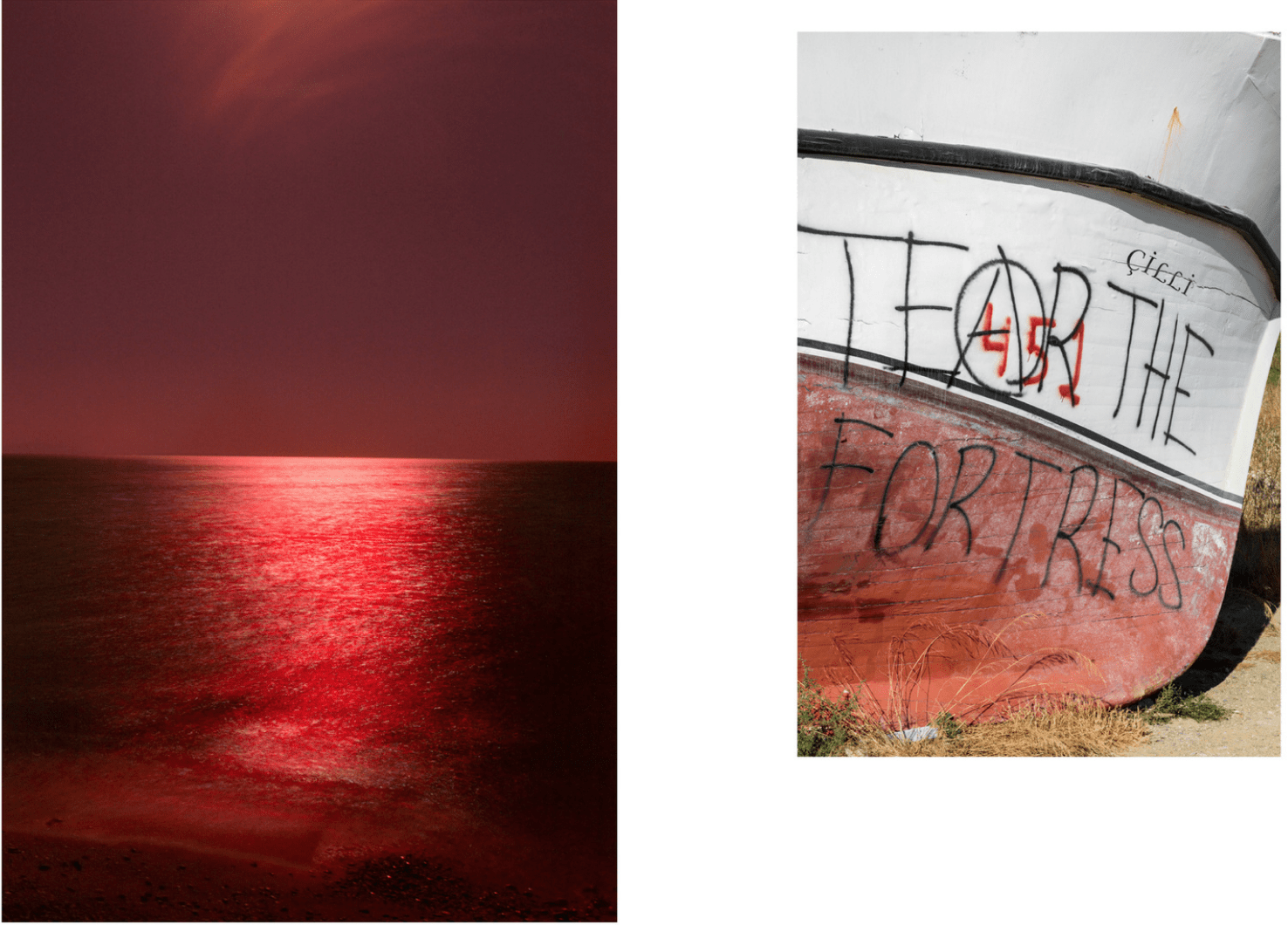 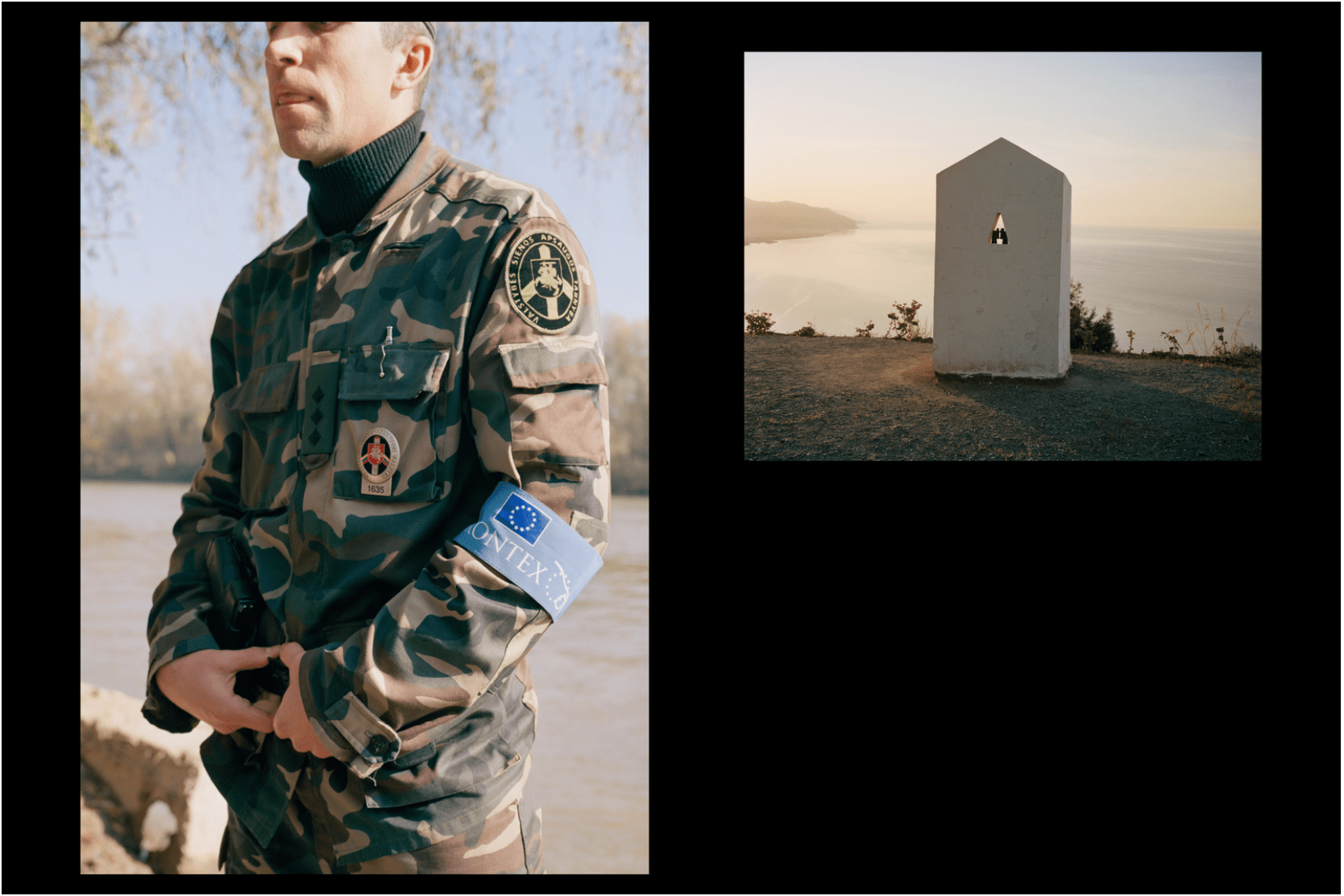 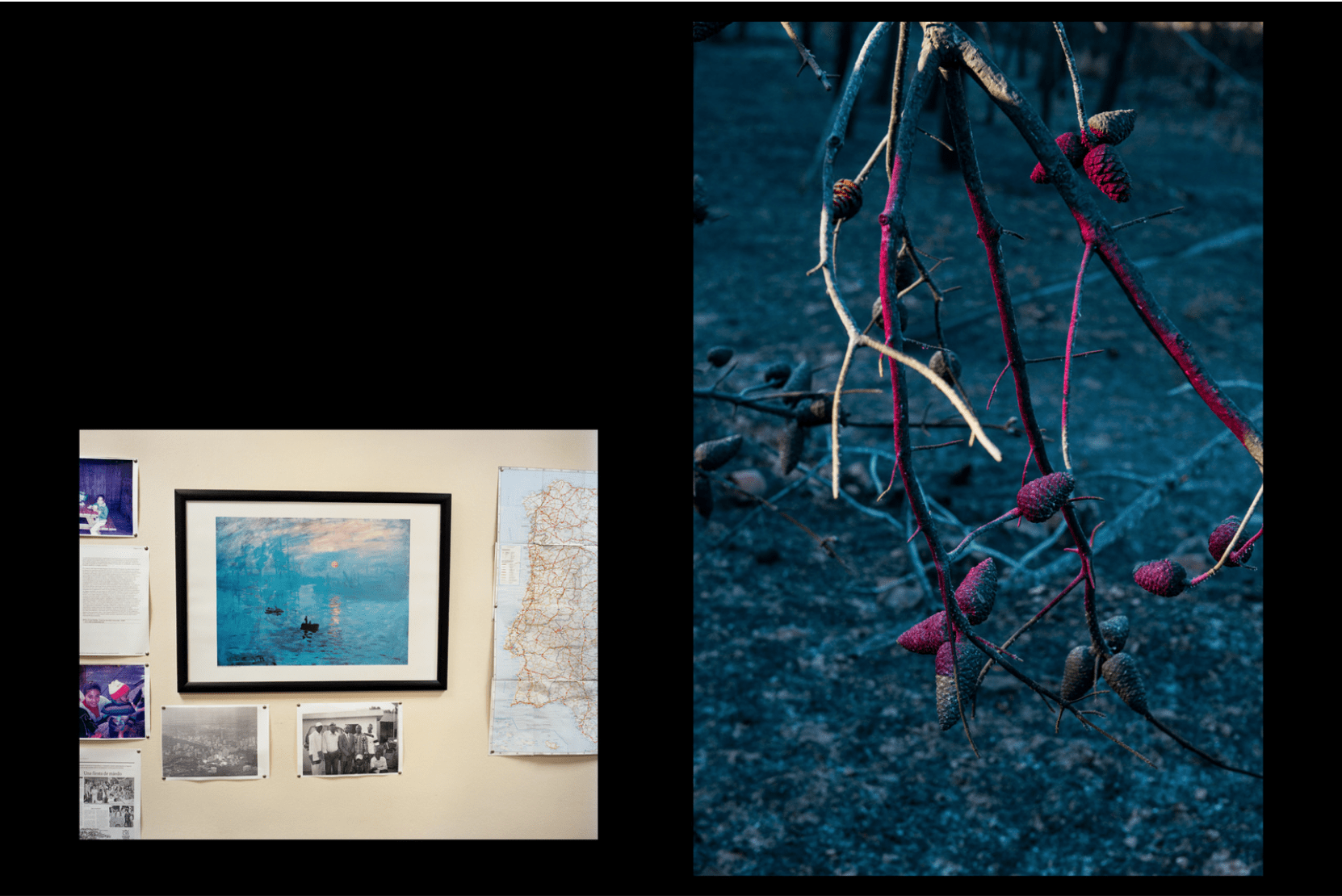 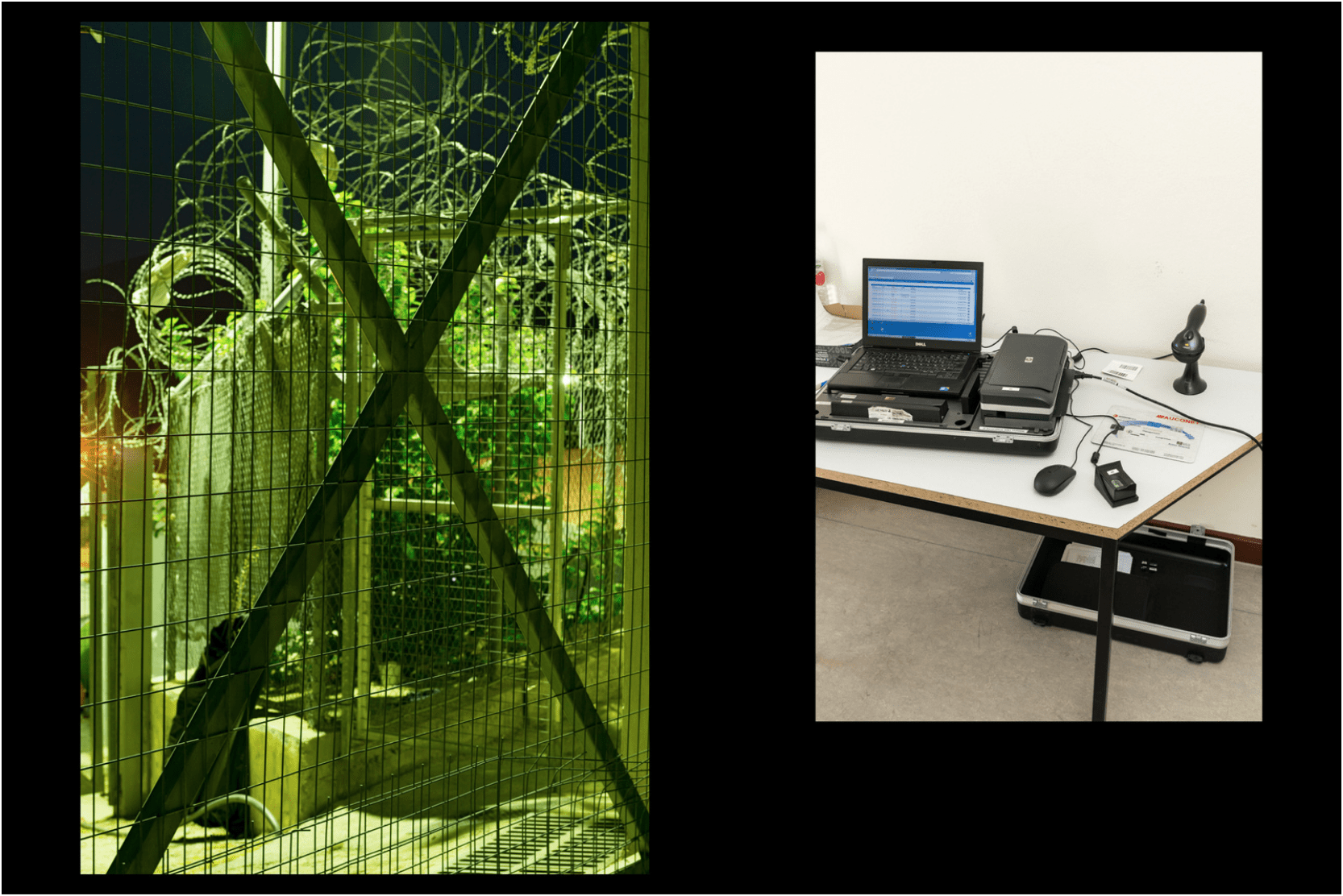 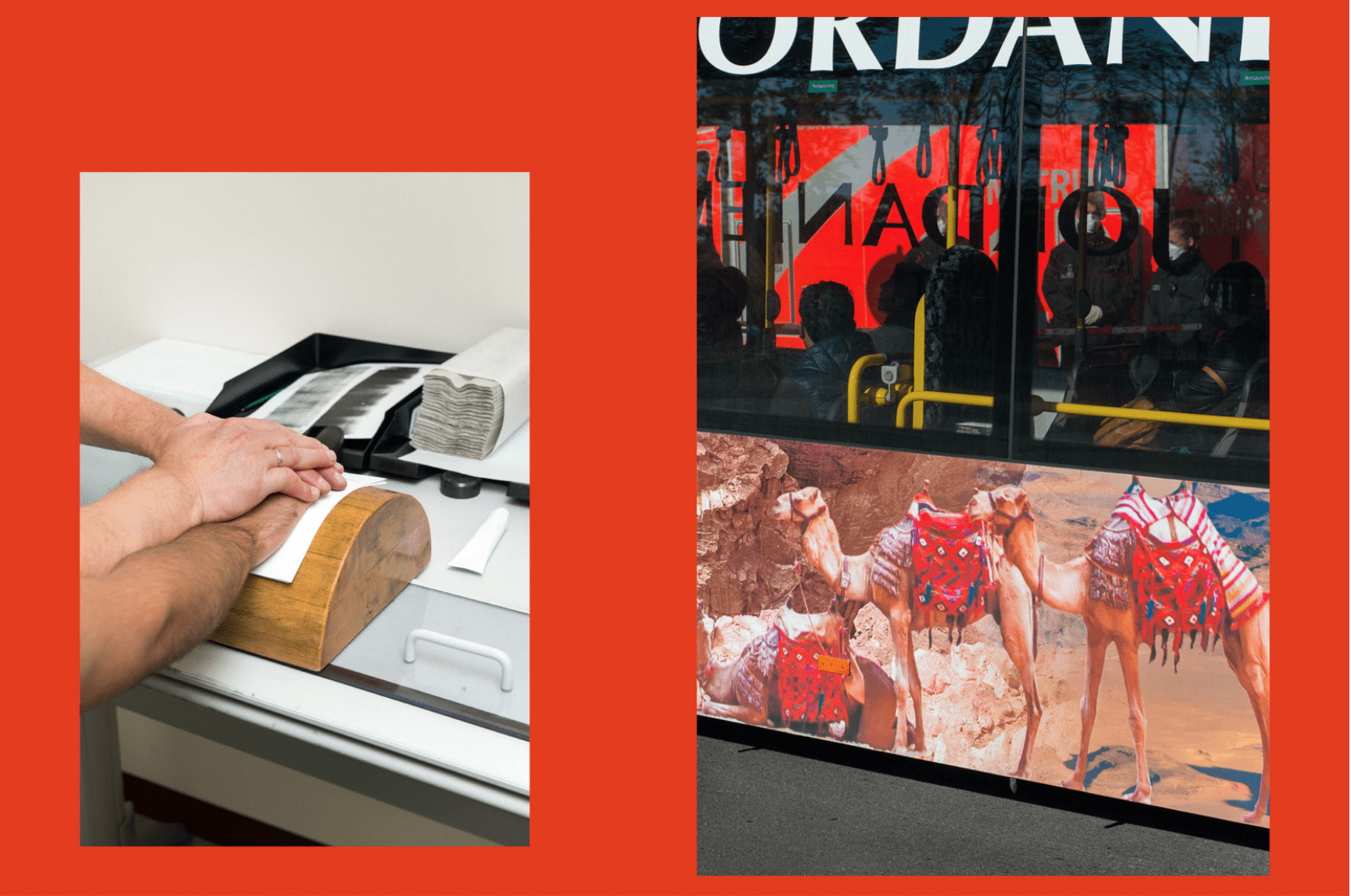 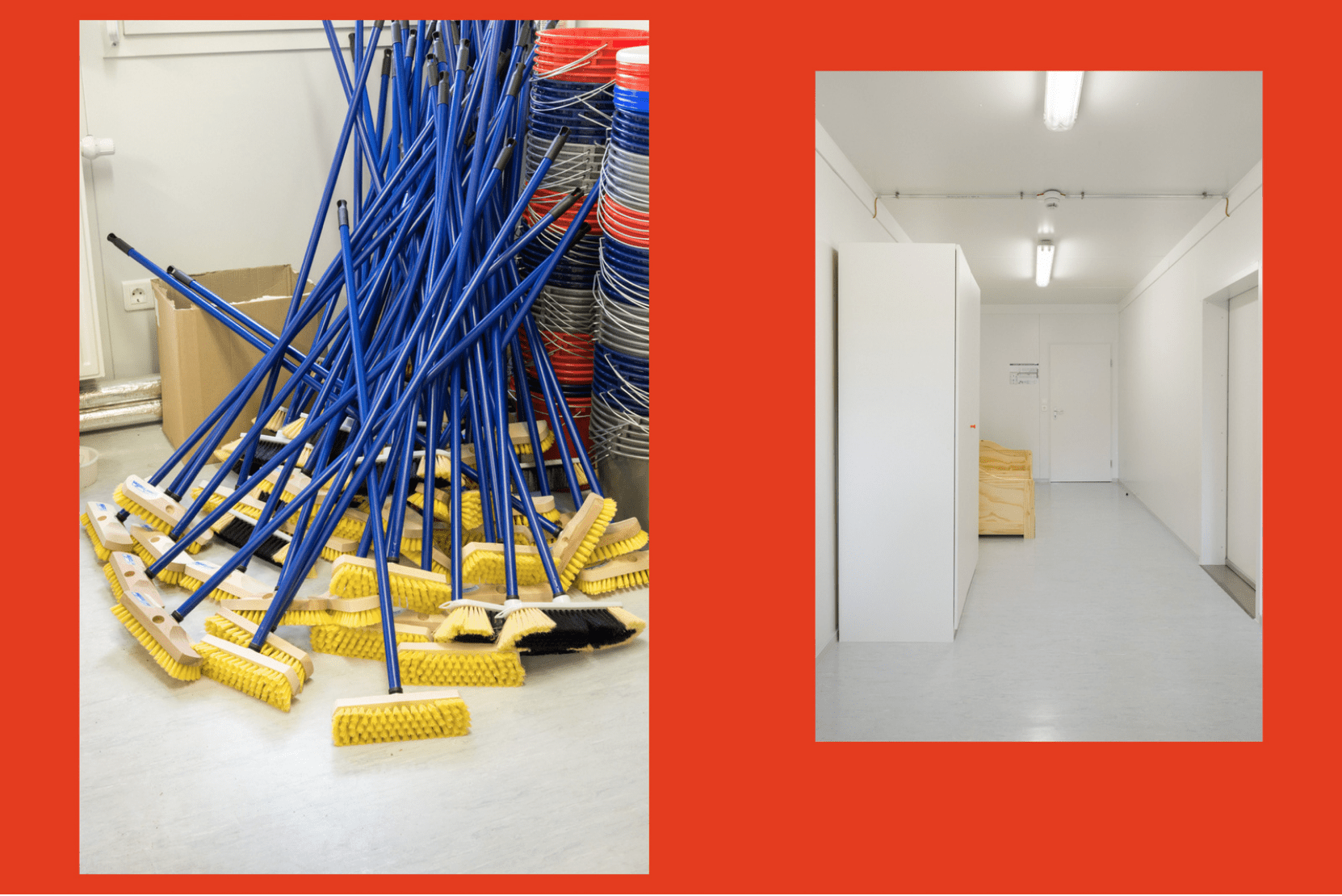 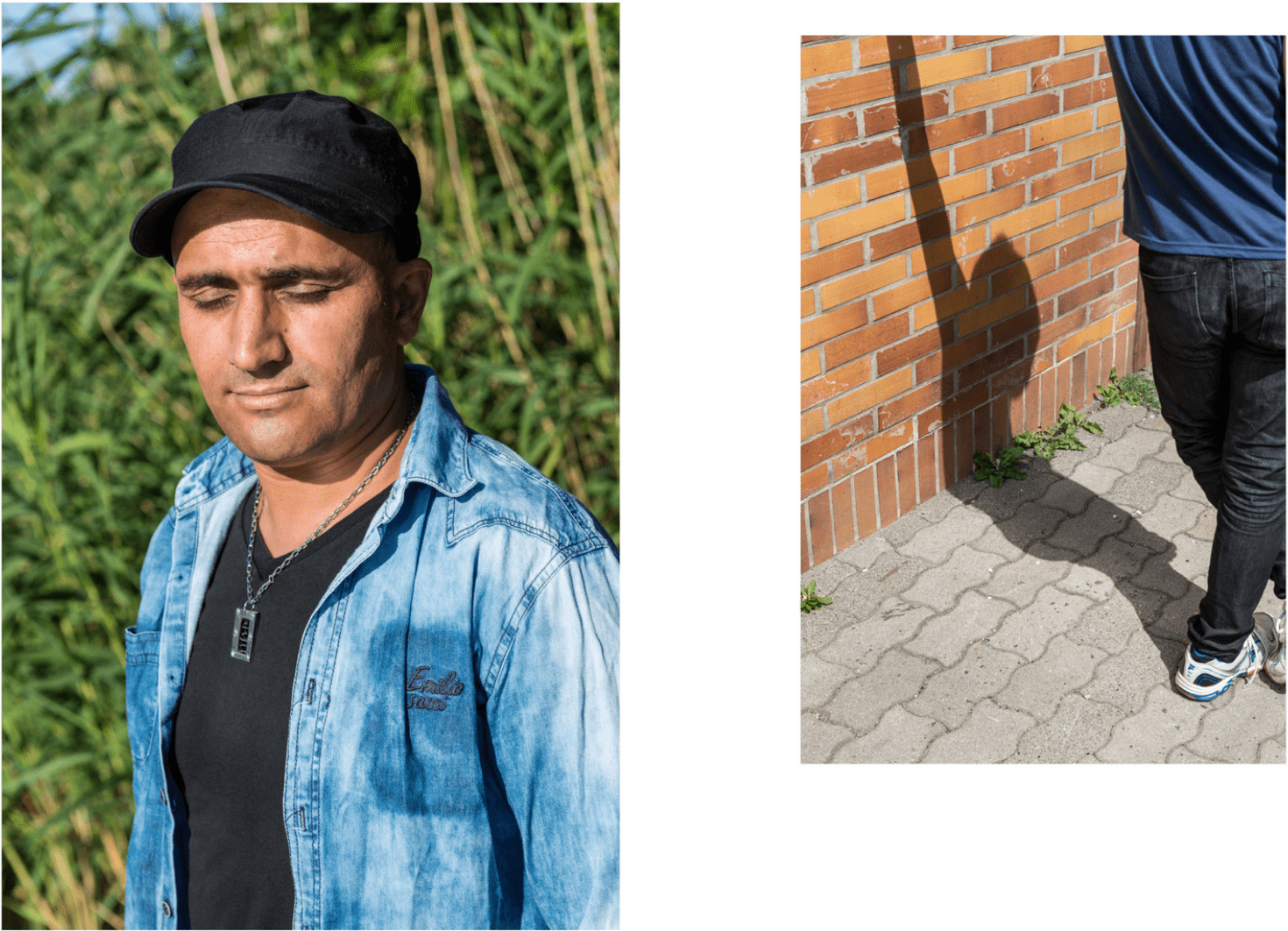 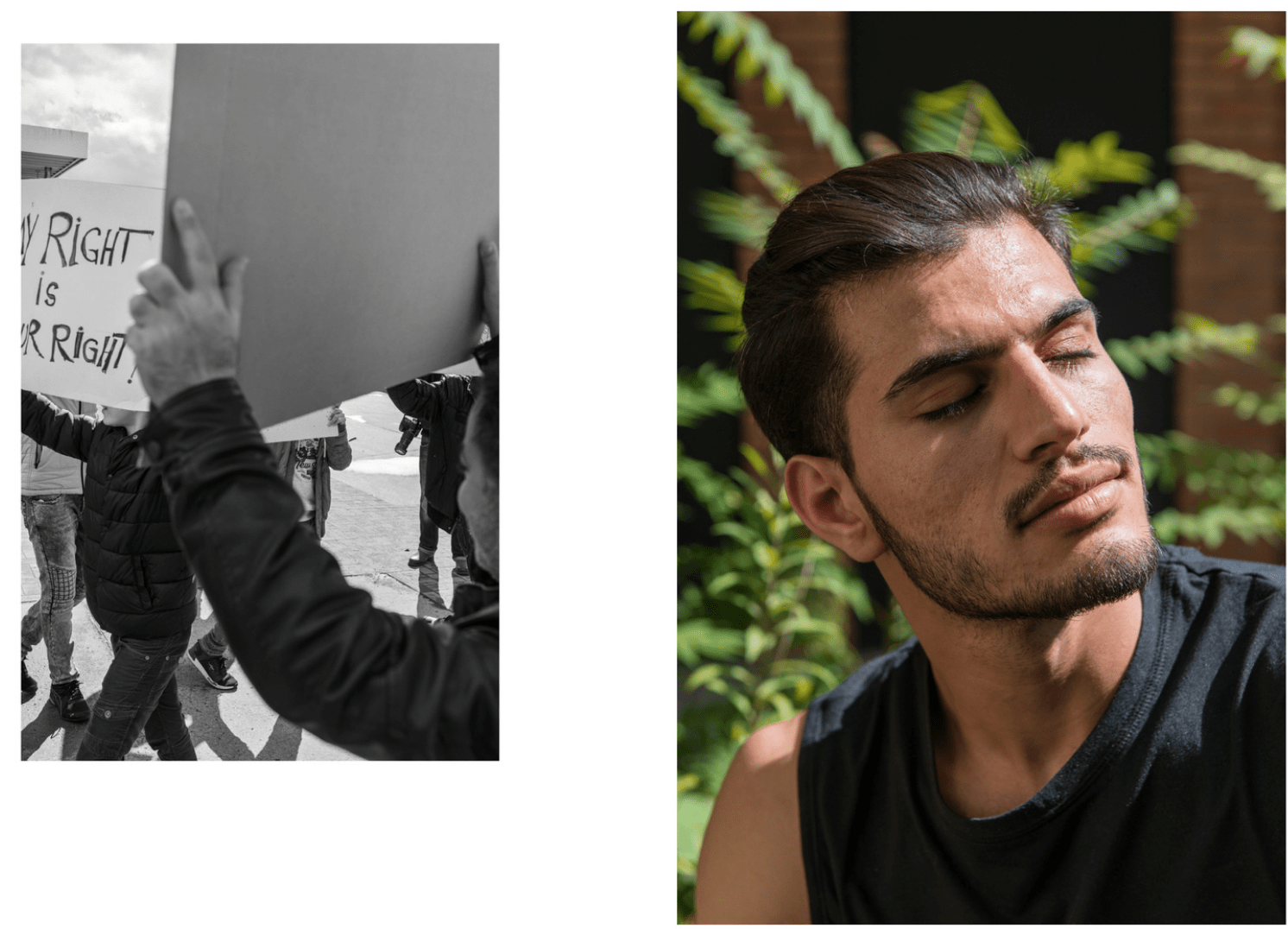 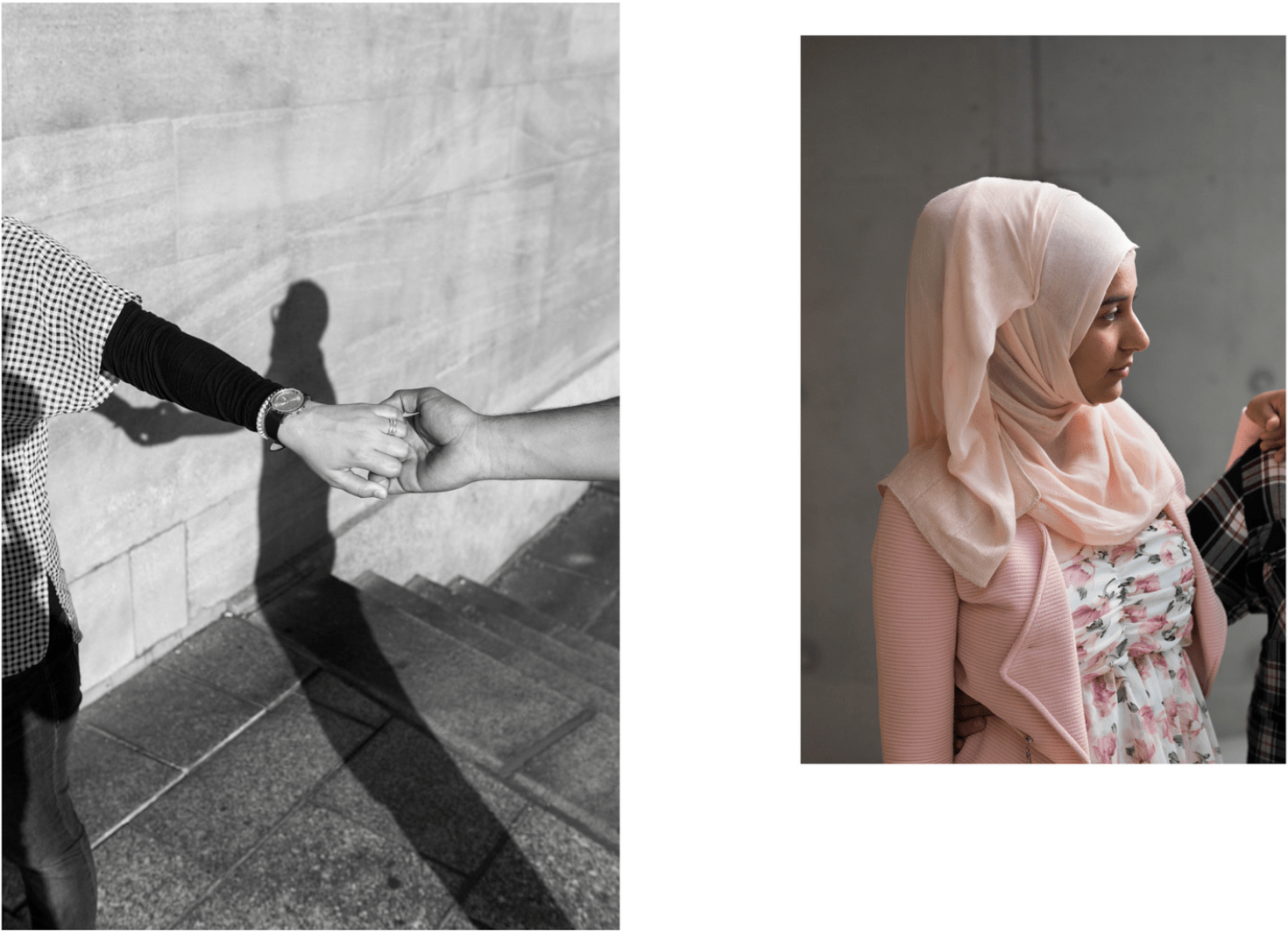 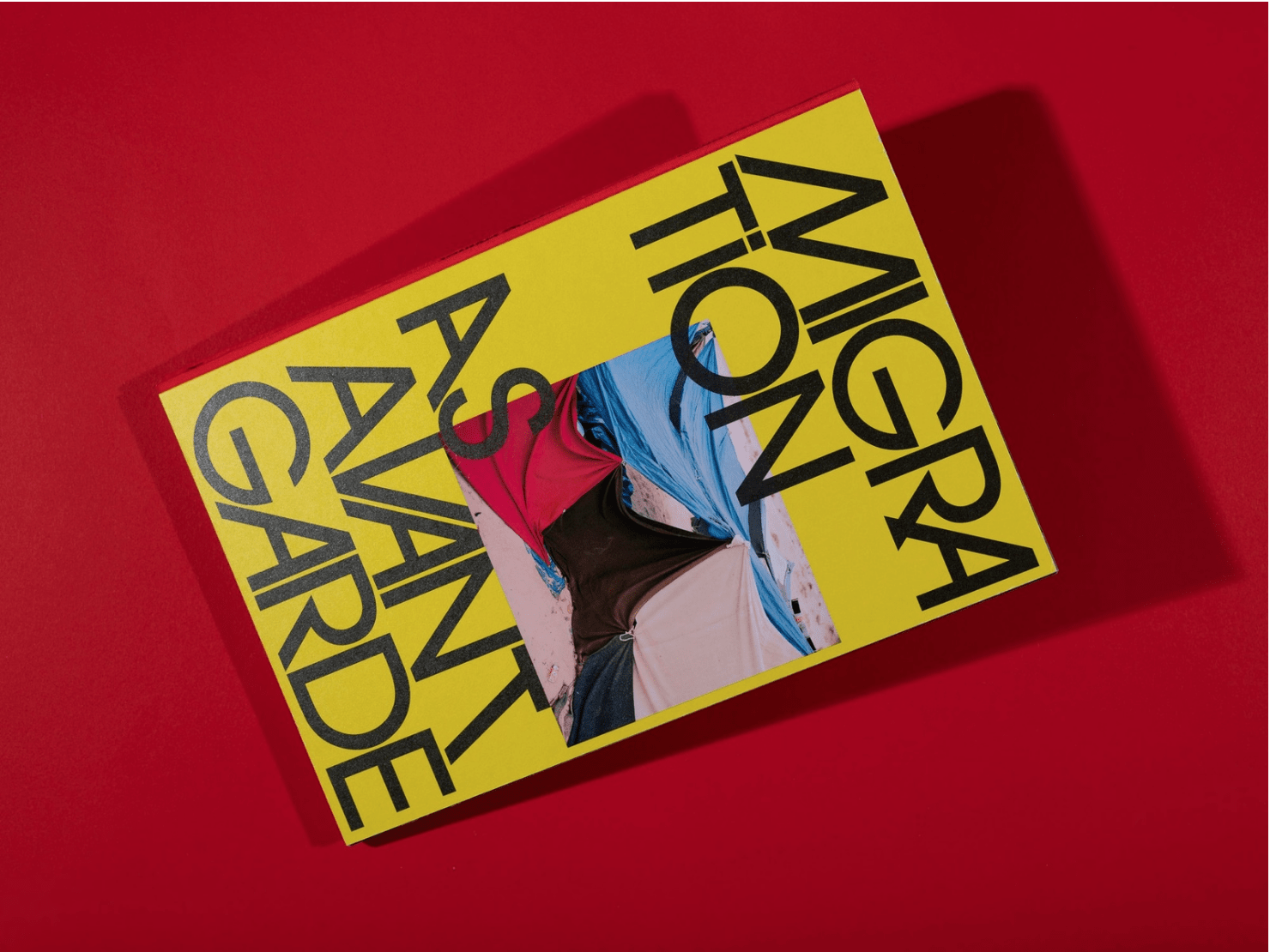 Michael Danner (b. 1967, Germany) tends to include political and anthropological elements in almost all his photographic projects. Hence, he doesn’t only photograph countries or cities, but he investigates their histories and vectors of oppression and privilege. His latest series explicitly shows historic and present-day migration through images of people, landscapes and inanimate daily objects. The use of bright colours and daring framing is a perfect fit for the project bearing the title Migration as Avant-Garde. Each page shows a juxtaposition of two images opposed in meaning, which promote radical social reforms and impose an experimental and unorthodox way of treating art, culture, and society. GUP spoke to Danner about the process of creating the project.

On your website, you state that the origin of your photobook was the reading of the 1943 essay We Refugees by Hannah Arendt. How exactly did this essay inspire you to create this body of work?

When conducting research on migration one might come across The Suppliants, a play by the Greek tragedian Aeschylus and the political philosopher Hannah Arendt. Whereas Aeschylus speaks about hospitality for the displaced, Arendt raises questions about identity and states: “We lost our home, which means the familiarity of daily life. We lost our occupation, which means the confidence that we are of some use in this world. We lost our language, which means the naturalness of reactions, the simplicity of gestures, the unaffected expression of feelings.”

Arendt writes about her personal experience having to flee Nazi Germany, but her words seem more acute than ever. She also relates migrants to vanguard which served as an inspiration for the work’s title.

Apart from Hannah Arendt are there any other people or events that inspired you to create Migration as Avant-Garde?

The world has never experienced so many people leaving the places of their origins as today. Migration implies change and many times this change may produce a rejection. The newcomers are not always welcome to start their lives in a new place, which transforms migration into a negative word. However, people have been always migrating for numerous reasons, whether they were invited by the state because the industry lacked labourers or decided to come by themselves as repatriates or refugees of war. In the end, isn’t migration something we all subjected to when going to school in a different town, moving to a bigger city to study and find a better career path, or having to flee violence or prosecution? Sometimes people are obliged to make radical decisions in order to take control of their destiny and chase better opportunities. To me, migration is closely intertwined with being human and having hope for a better life.

Your photographs, with their vivid colours, are surprisingly visually appealing for such a serious subject. Is there any special meaning or concept behind your use of colour?

The photobook starts with images of colourful objects and seascapes, which have a Mediterranean feel. In my opinion, these pictures are visually linked to the portraits of refugees that appear at the end of the book. When thinking of migration, one might expect to see misery. However, I have chosen a different, more uplifting path. I show beauty and strength, which invites us to question the images referring to the topicfamiliar to us. On further investigation of the series, one might see that beauty and horror coexist.

In your opinion, is there a place for art in times of migration and refugee crises? And can art be used as a political tool?

In the first place, I am interested in pictures and how something looks photographed. I react to the images we are familiar with, raise questions about representation as well as what a conceptual-documentary mode can make visible.

I take a stand with my work but more so, open a space for a dialogue where the viewer can reflect on one’s preconceptions, and identities and histories. In my opinion, occupying space with a positive attitude towards migration takes away room where xenophobes can flourish. We live in times where expressing one’s stance is vital. I articulate myself artistically by rallying others or writing and engaging in an argument with their neighbours.

Migration is closely intertwined with being human and having hope for a better life.”

Does your project carry a socio-political statement?

On a personal level migration is something that happened to us or our ancestors, or it’s a situation we could find ourselves in at any time. To me, we are all migrants in different ways. In general terms, migration demands solidarity on a global scale. I don’t see the so-called migrationcrisis but a crisis of institutions and us as societies being unprepared or not willing to act accordingly.

In your book, there are many images of details of inanimate objects and body parts. With this, are you creating your own specific narrative and interpretation or do you expect from the spectator to come up with their own interpretation?

I asked myself what constitutes migration and who are the protagonists that influence, prevent, channel, or impact a migrant’s humanity. A part of Migration as Avant-Garde is made up of photographs that depict such traces. I am reacting to the only available representation of refugees as passive, in need of help when they are rescued from the sea or sitting around waiting while their claim is processed. Instead, I portray migrants as active individuals that are making decisions for their lives and escaping difficult circumstances.

With this series, I want the viewer to question one’s perception of migration. The visual blind spots in my work can be filled with pictures we have already seen, for example on a daily basis in the news.

How did you choose models for your portraits?

The portraits show people I befriended in refugee camps in Berlin where I was volunteering.

Occupying space with a positive attitude towards migration takes away room where xenophobes can flourish.”

Where were your photographs taken?

I photographed in the period between 2008 and 2017 in Germany, Gibraltar, Greece, Morocco, Romania, Spain, Tunisia, and Turkey.

Why have you decided to include archival images in your project?

Following the public debate in recent years (at least from a European perspective) migration is often reduced to the events of 2015. One aim with Migration as Avant-Garde is to place the topic in a wider historical setting. The quotes by Hannah Arendt and archival photographs of past migration, depicting Europeans leaving the continent as well as people fleeing to Europe, should serve as a bridge between past and present.