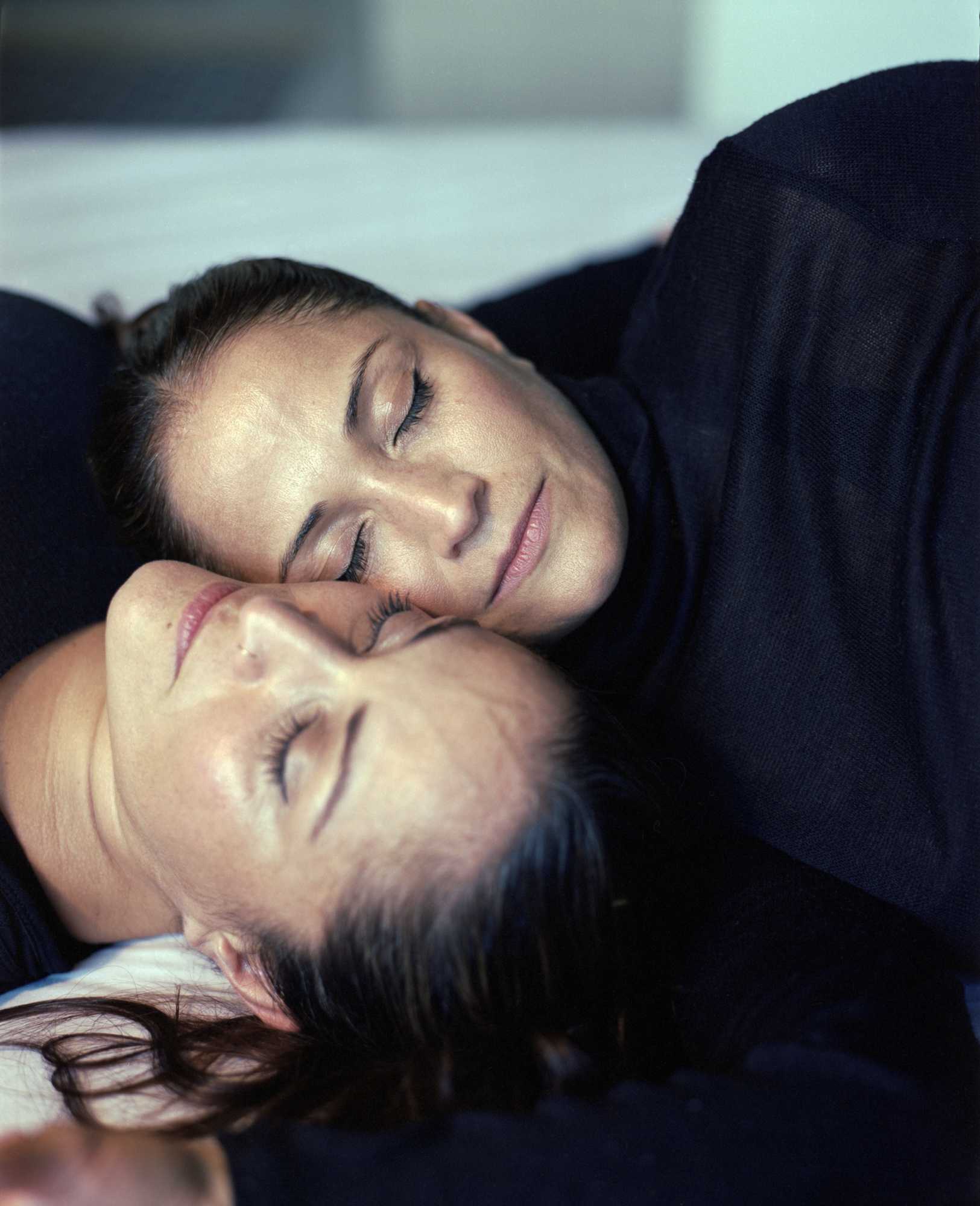 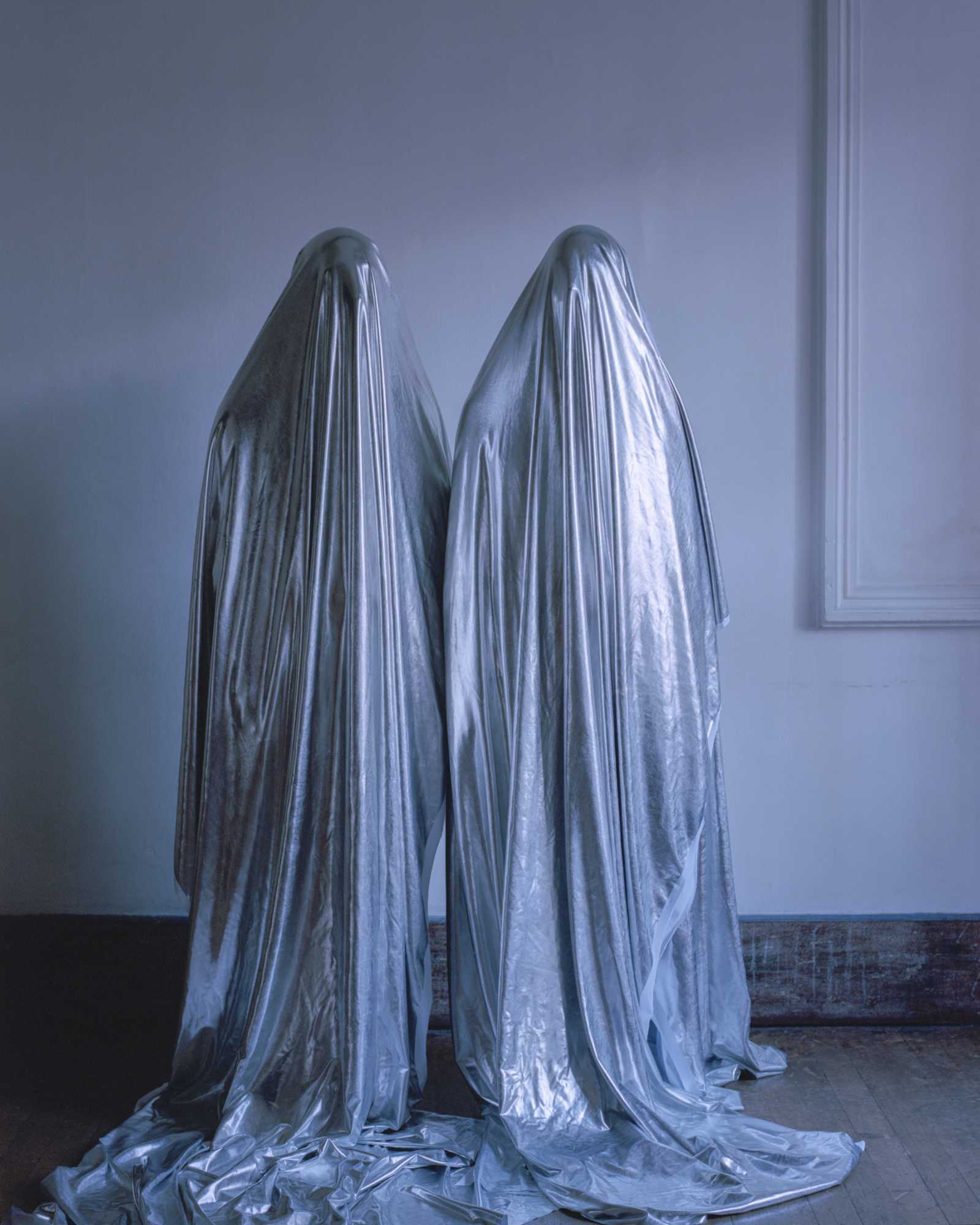 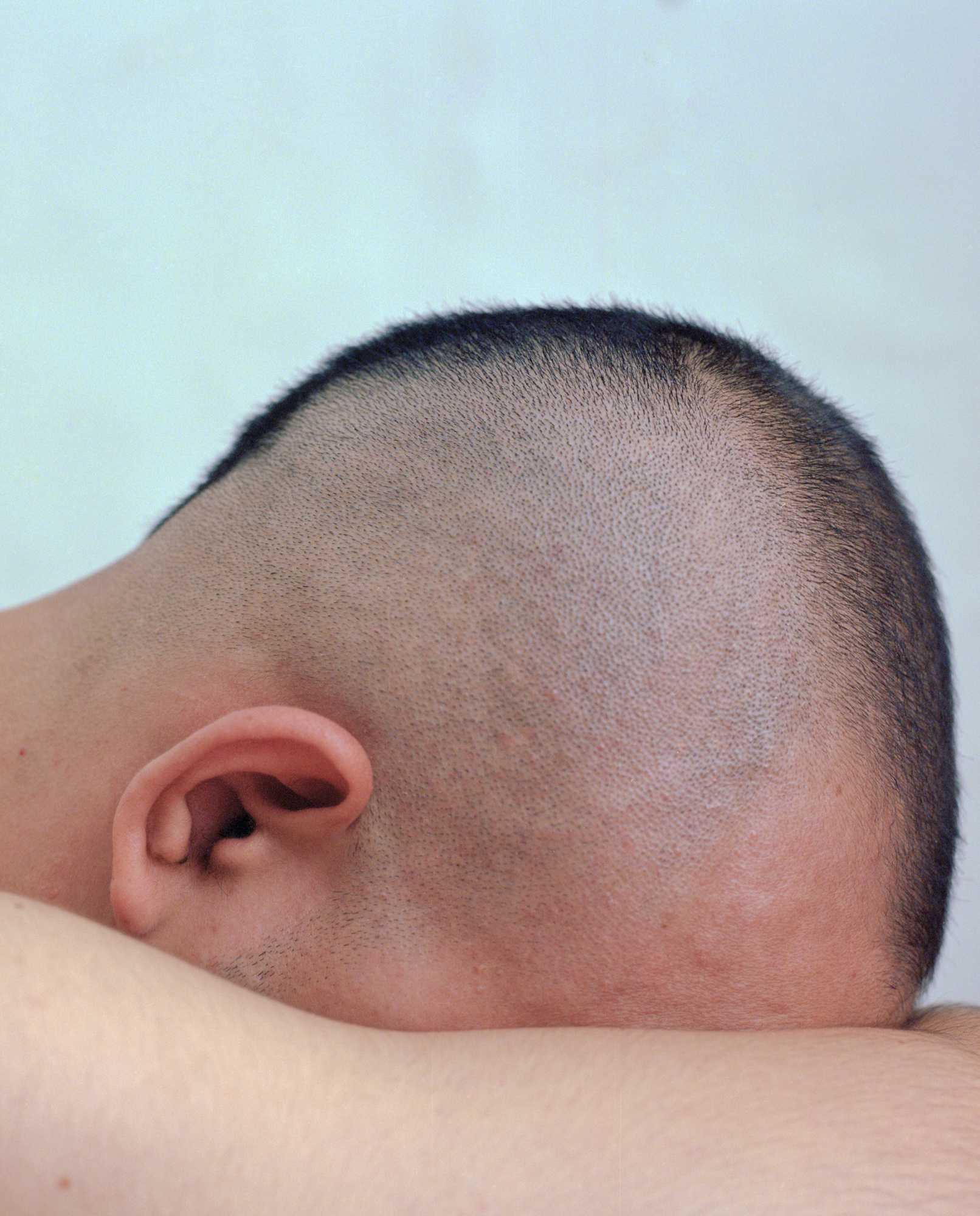 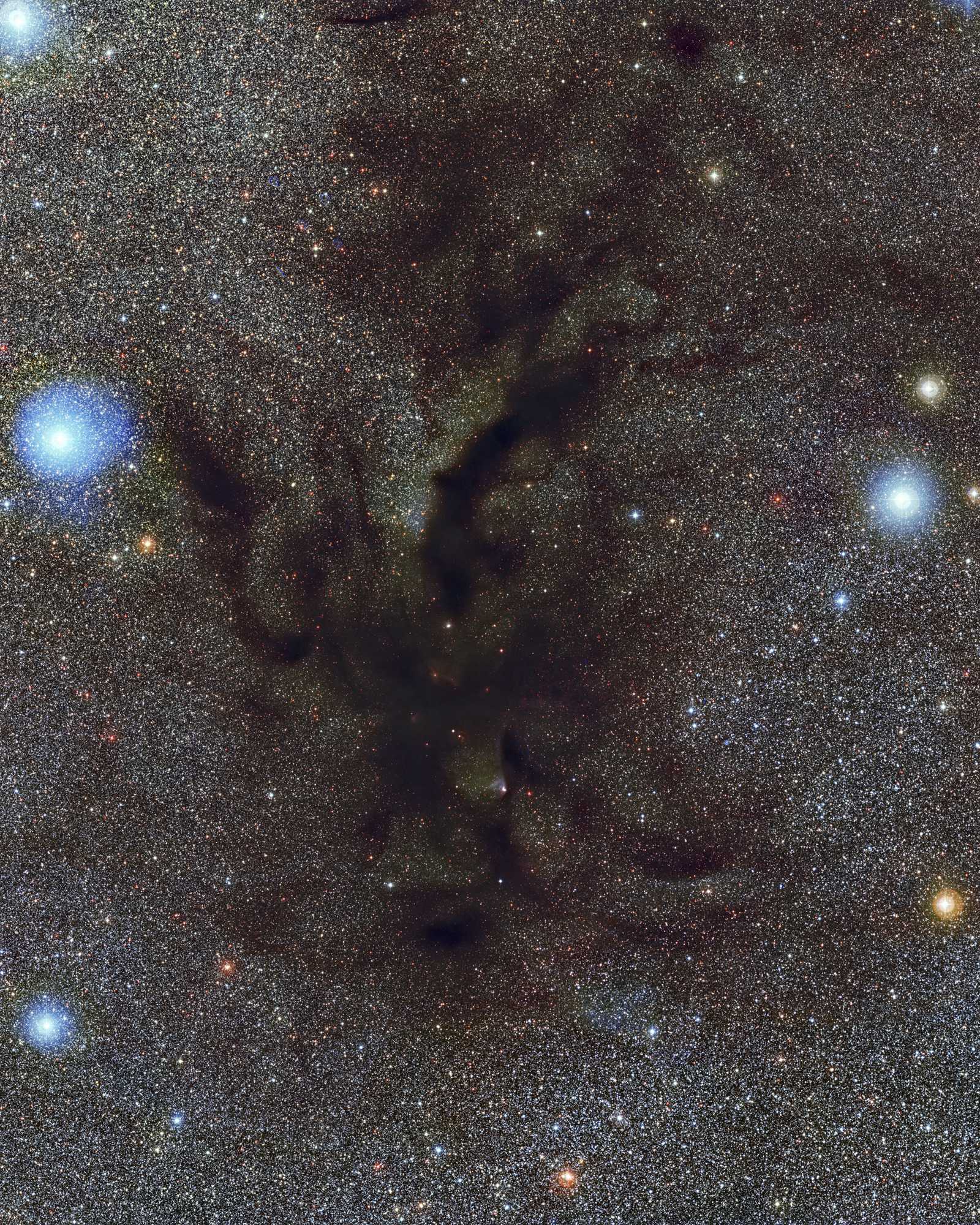 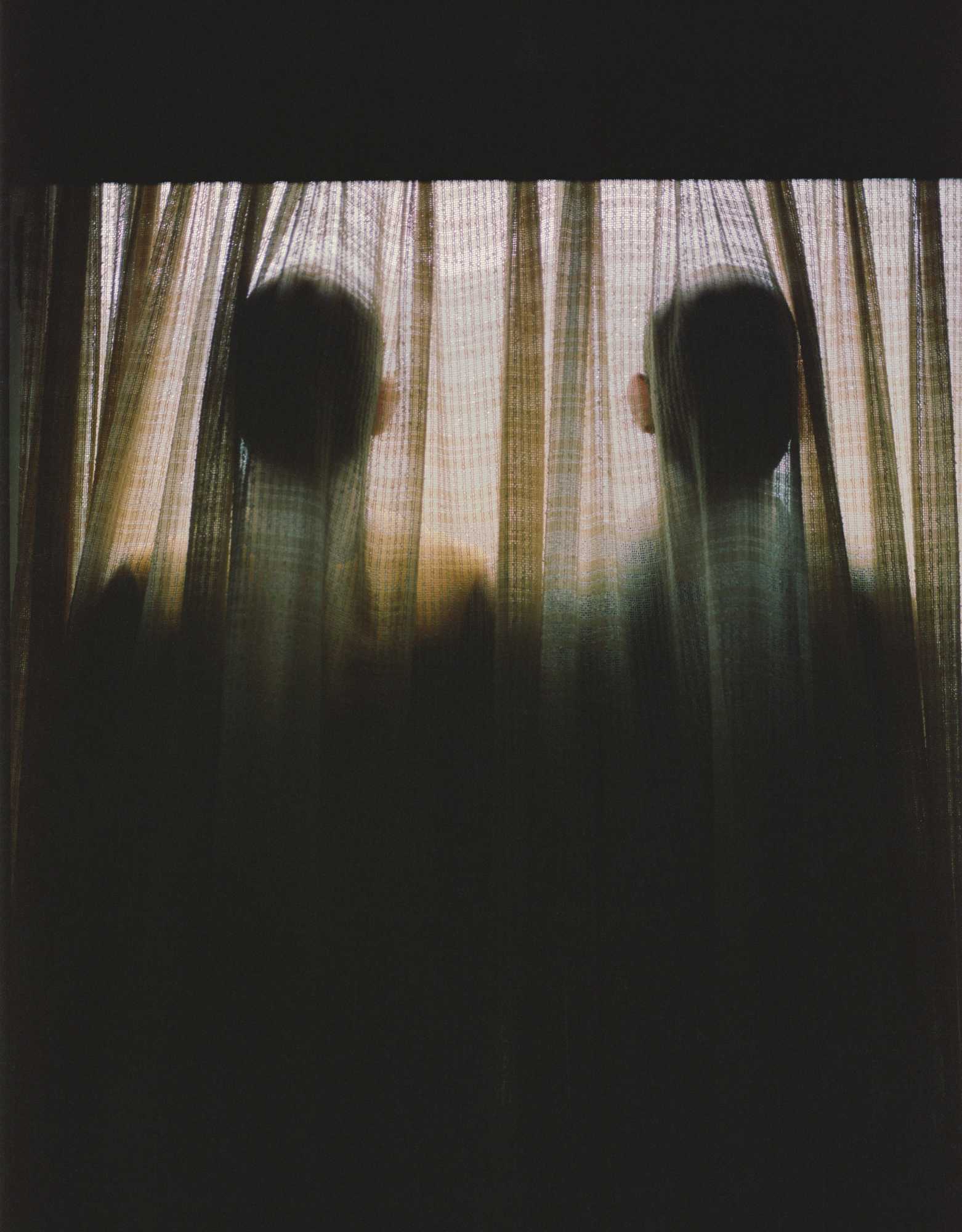 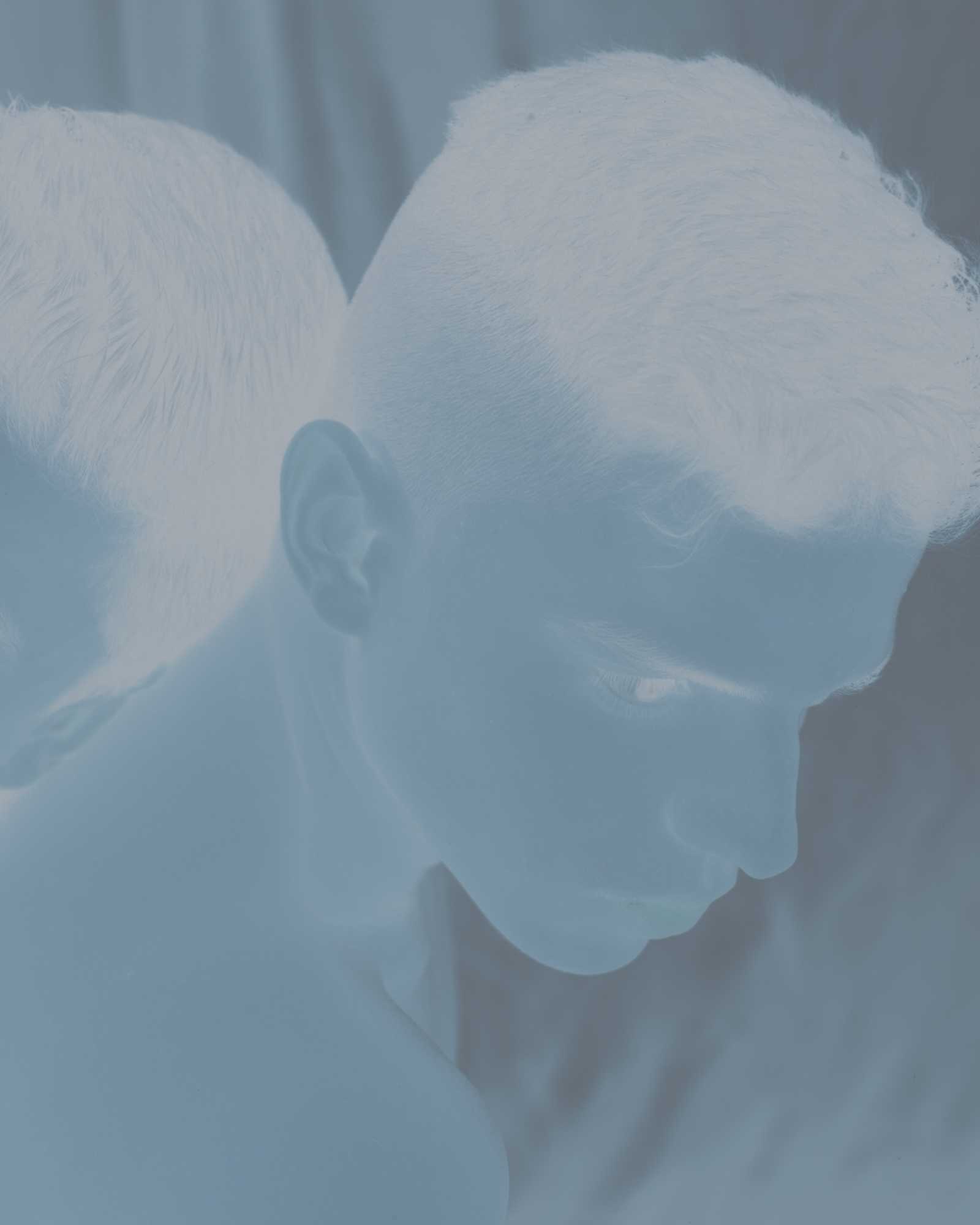 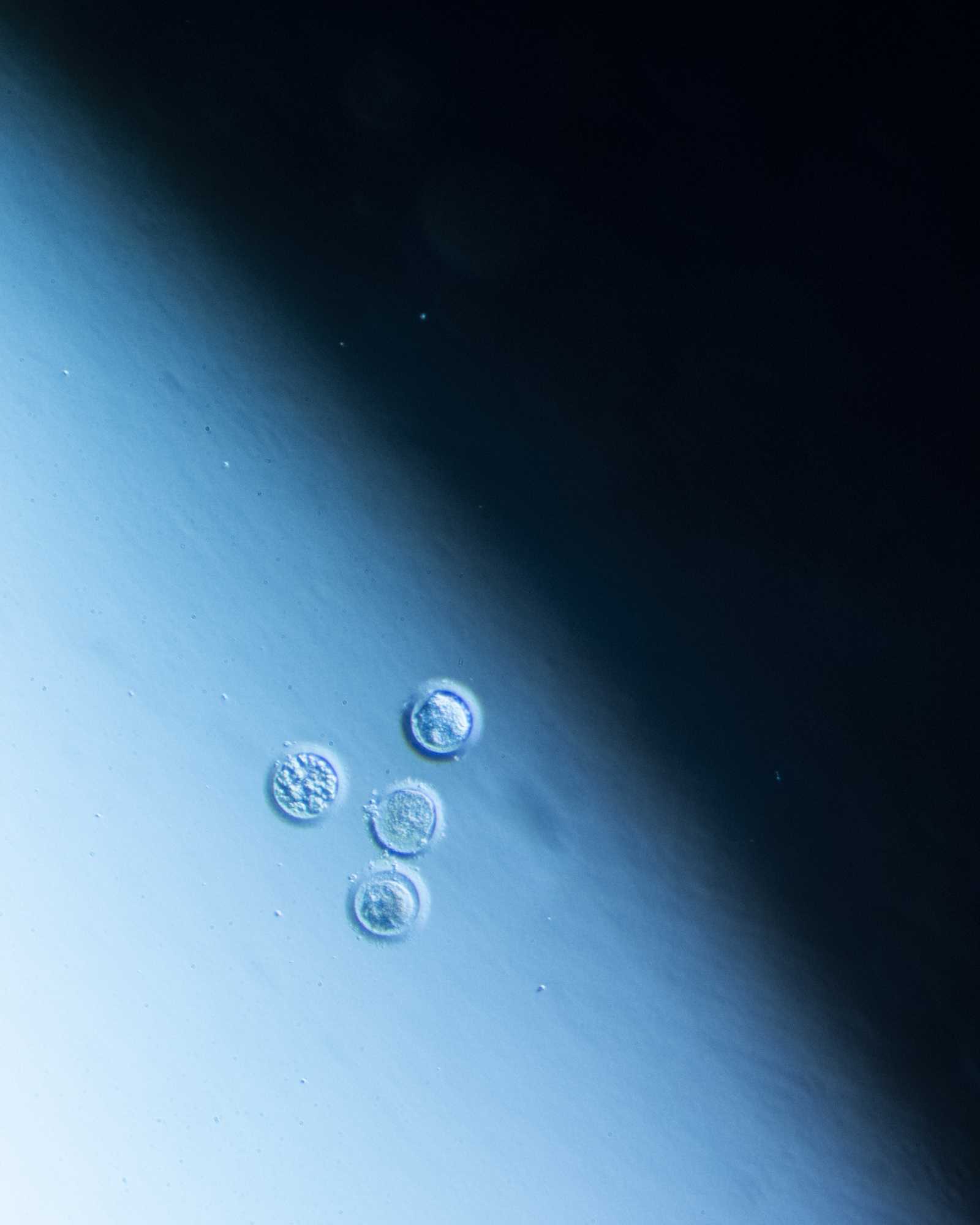 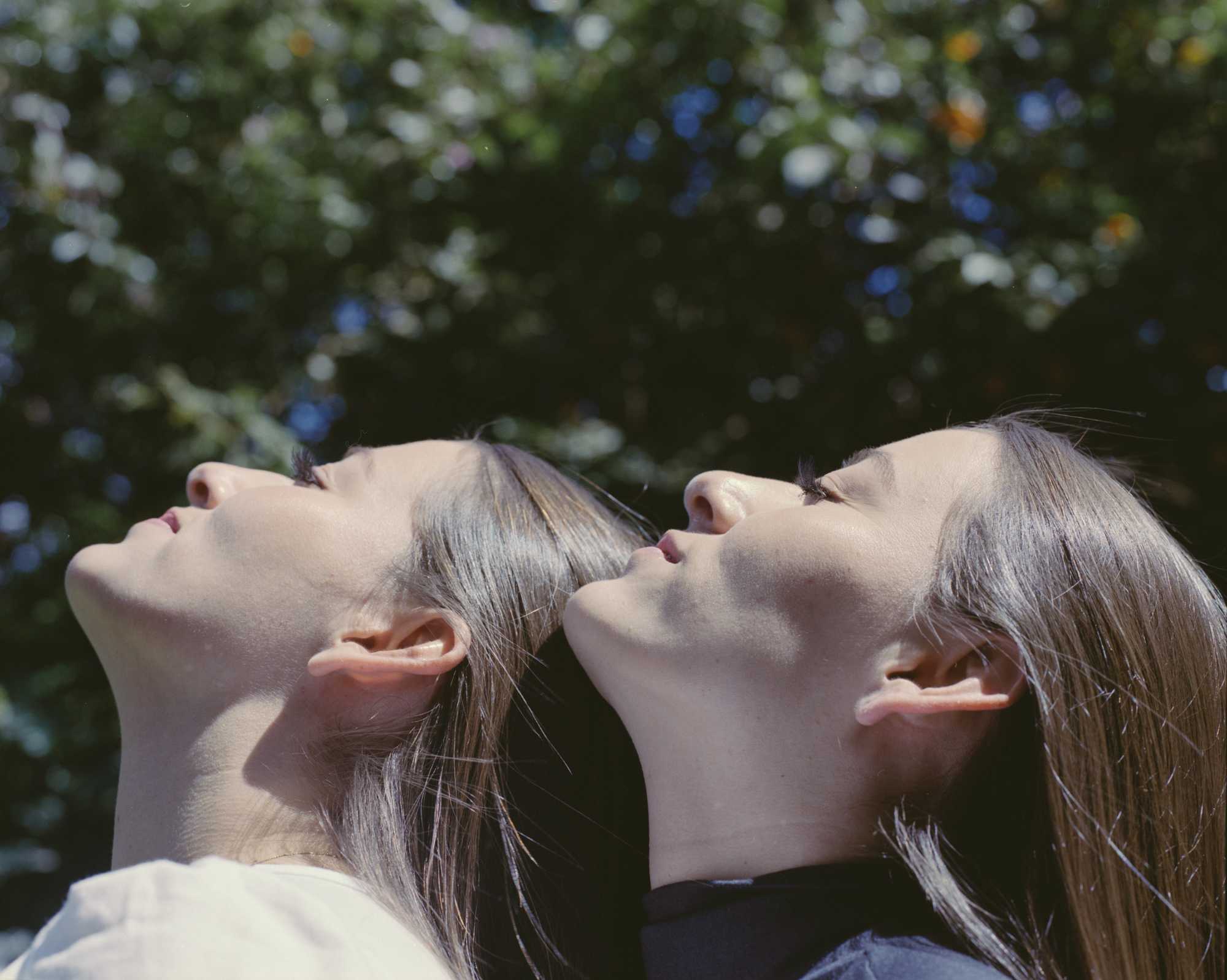 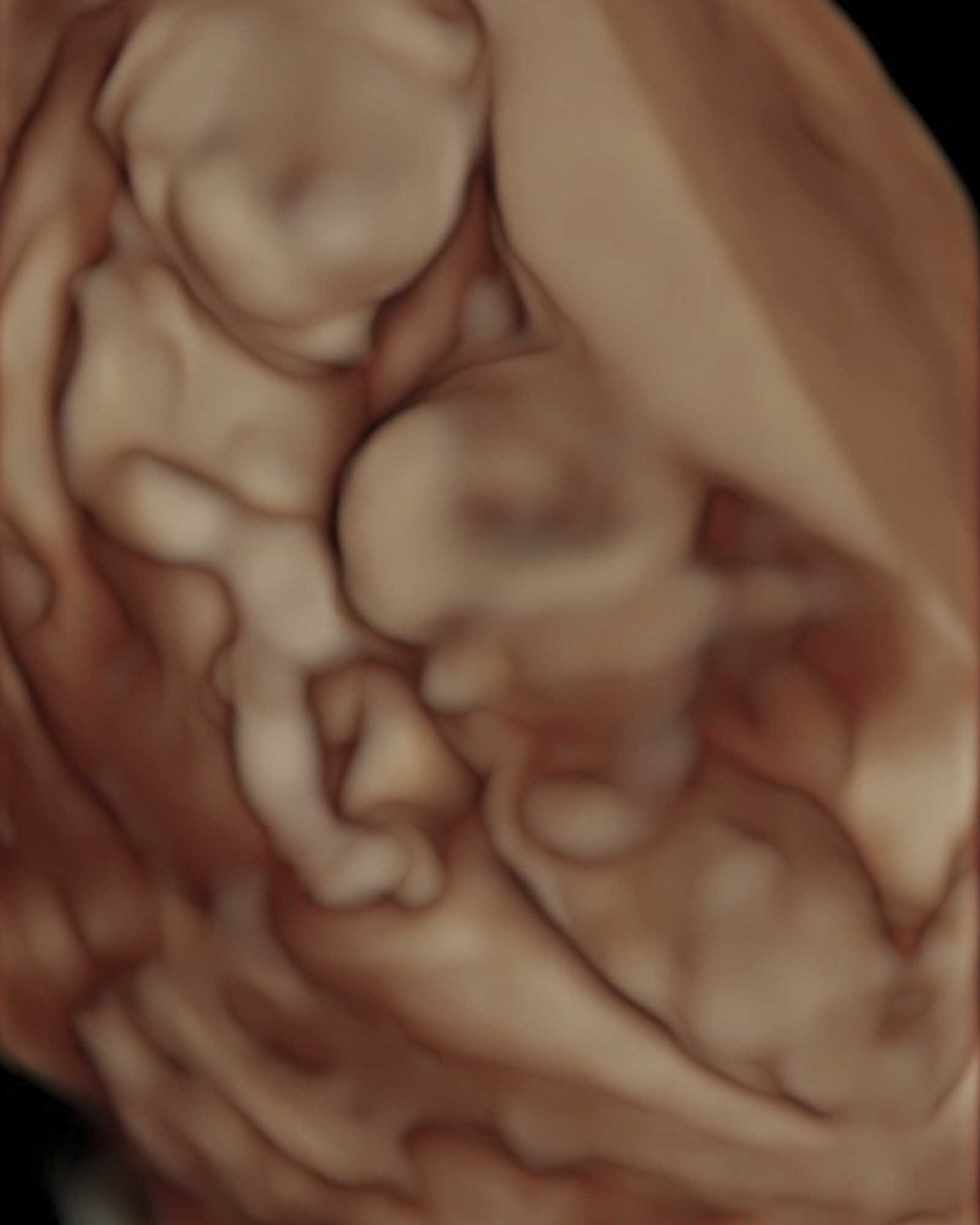 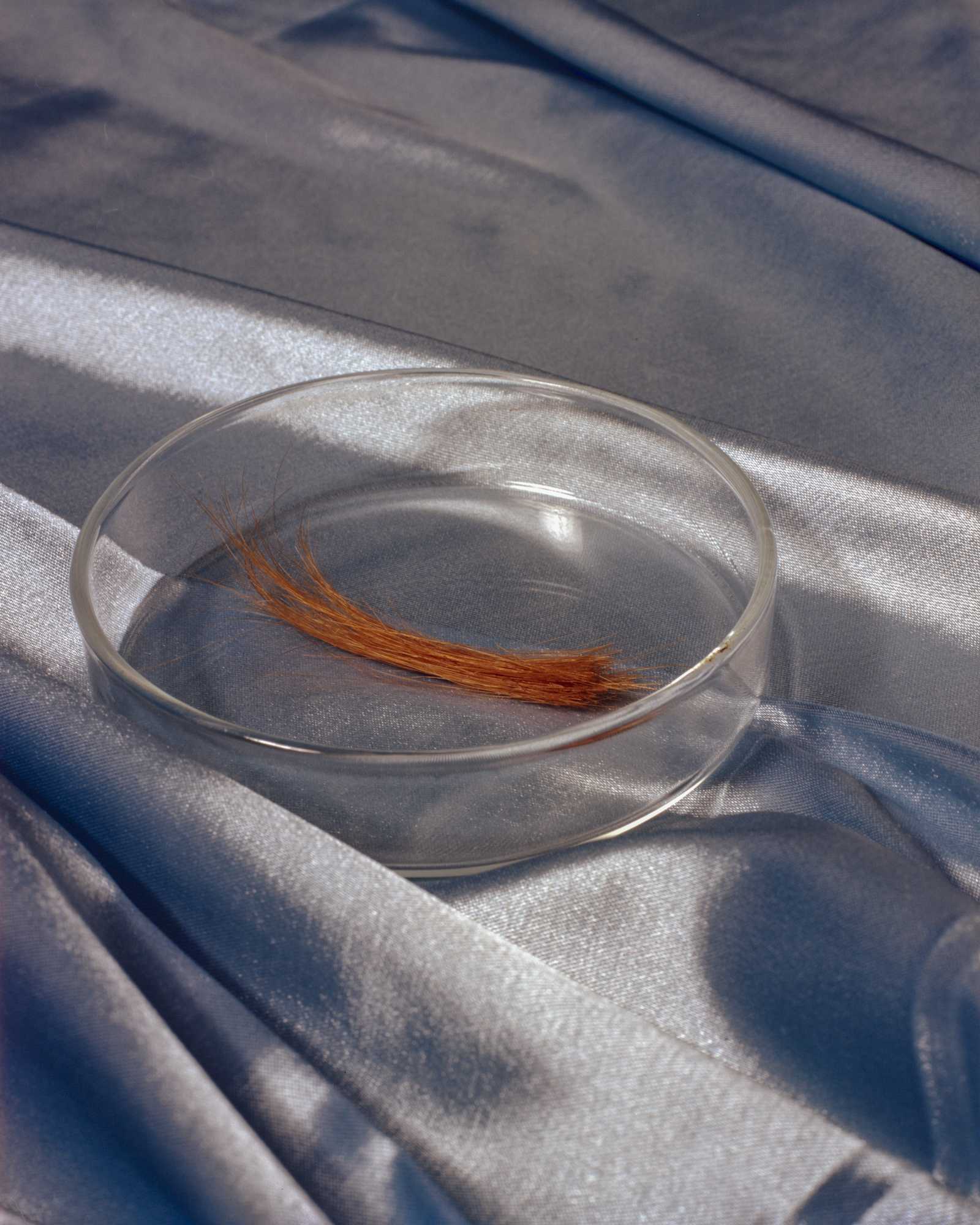 Colombian photographer Juliana Gómez Quijano’s (also known as Juno) interest lies in research and reflection on scientific knowledge. To her there is a unique beauty in that which exists at the border of the unknown; that which is yet to be discovered. As stated by American theoretical physicist J. Robert Oppenheimer, scientists live on the edges of mystery, constantly questioning and testing assumptions about the world. For Quijano it is exactly this uncertainty that manifests itself as a catalyst to create. In her project ‘The Two Strands’ (‘Las Dos Hebras’), she builds a bridge between the world of science and her personal experiences by investigating the genetic and emotional bond that unites her with her twin sister. By way of photographic explorations of the representation of DNA, she takes us on a journey through the molecular and symbolic relationship that connects everyone. 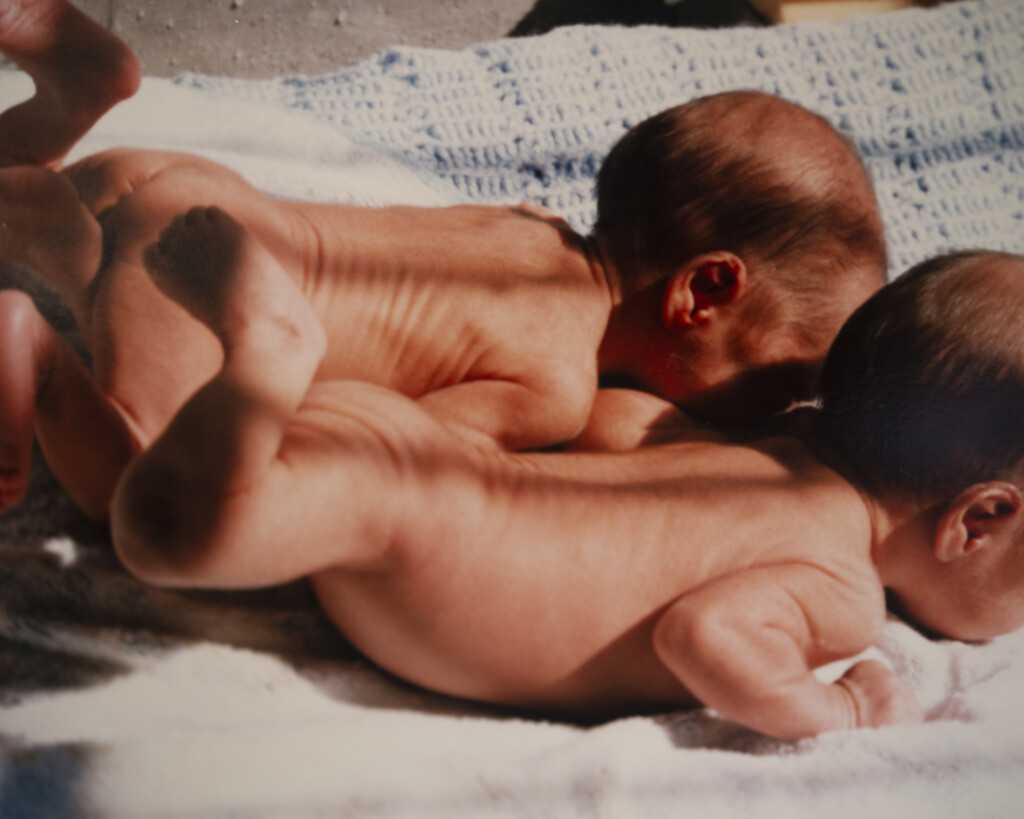 To many the prospect of birth is a miraculous event, let alone being born as an identical twin — an improbable occurrence incapable of being explained, as Quijano describes it in her project statement:

“At the moment of fertilization, the egg releases chemical signals that attract the ideal sperm, the most compatible, to its centre. During the two weeks that follow, by some inexplicable chance, it may happen that the fertilized egg will divide into two same zygotes. It is at that moment that the gestation of monozygotic twins will begin; two beings with the same DNA chain and genetic information.”

In ‘The Two Strands’, Quijano seeks to understand, through history and metaphor, the molecules where the instructions for human development are written. In her search she focused on studying the mystical sperm that collect secret directives as they circulate throughout the body; on Aristotle who sustained that hereditary information was not found in the matter but in the message, the drawings of mockingbird beaks, Darwin’s tree of life and the work of Gregor Mendel, the ‘father of genetics’, who obsessively cultivated and selected almost 400 thousand seeds from his garden in the hope to find those that produced identical offspring. Quijano spent a great deal of time considering these events, recreating in her mind the human process for discovering oneself. 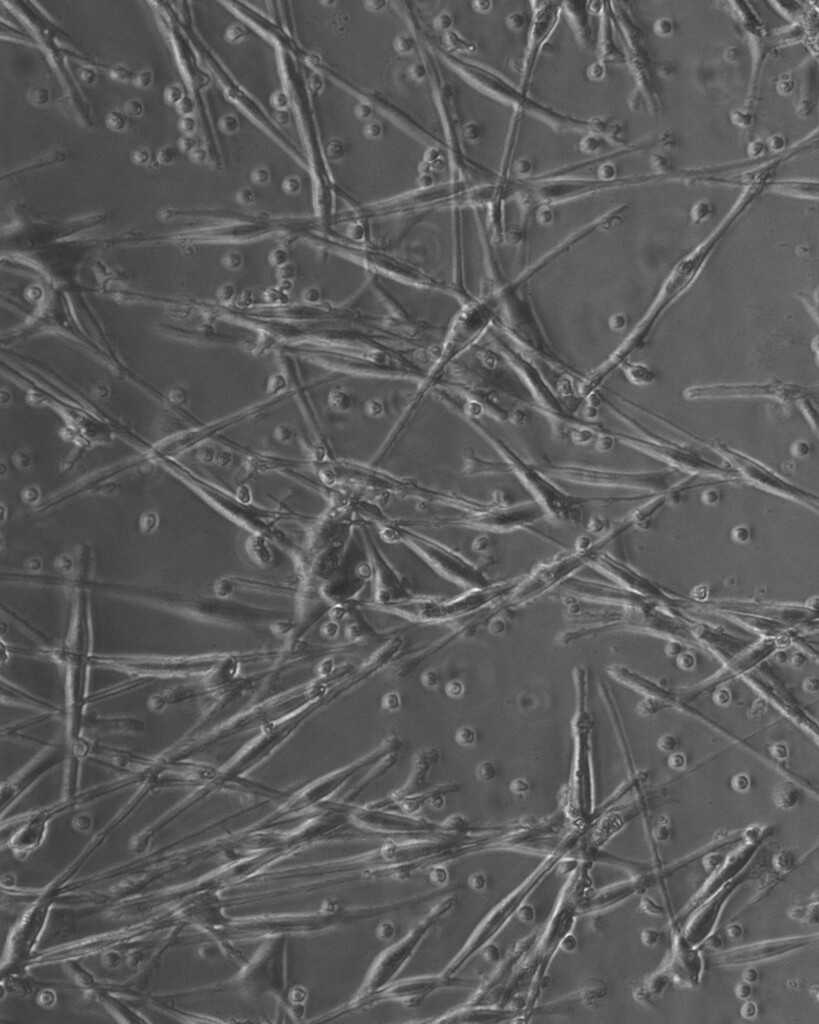 She also investigated the wet lab of Rosalind Franklin — a British chemist and crystallographer who devoted her life to science — and her discoveries that went unrecognized. Rosalind worked on deciphering the codes of nature, crystals, and invisible structures, and was the first to contemplate the image of an enigmatic molecule capable of containing congenital data. Following Franklin’s diary entries and written notes, which review the power of images and how those images offer us answers, Quijano uses photography to return to her origin and that of her twin, revealing the differences and similarities between their two bodies and features.

The project brings together archival material, diagnostic images of the author and her sister, portraits of other identical twins, breath-taking biology and mystifying microscopic imagery taken in fertility laboratories — all combined to establish contact with other people, twins or not, who might wonder about these four-letter codes that make us human. 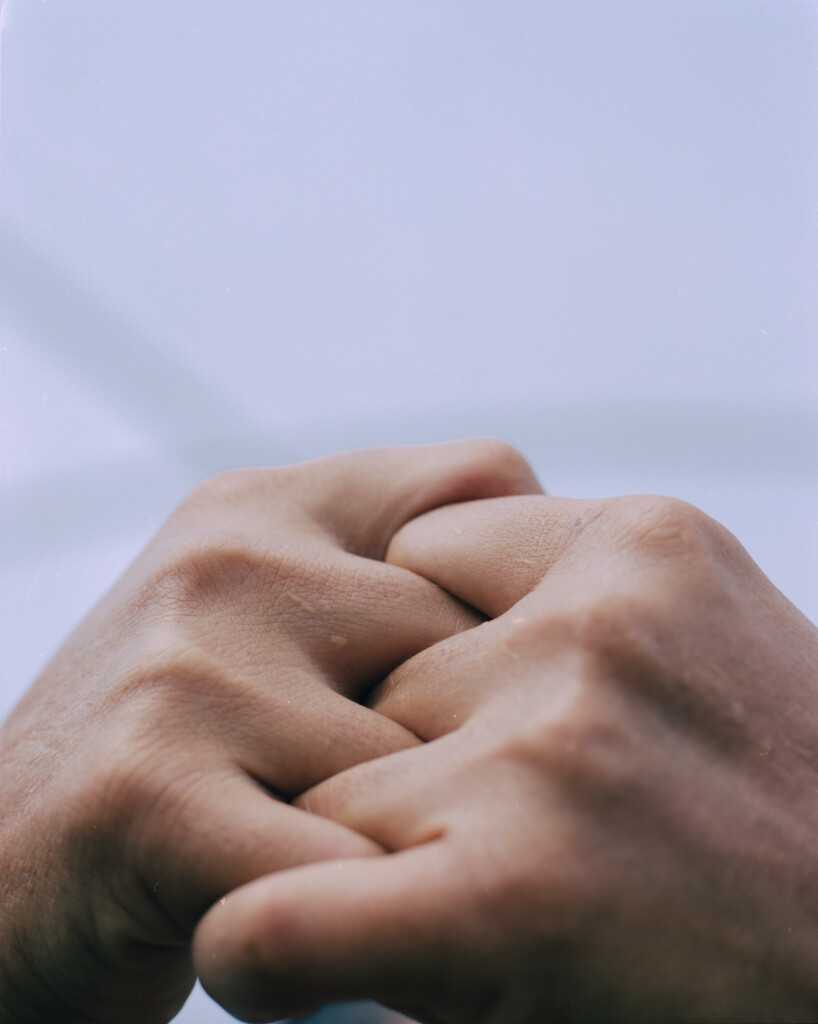 Juliana Gómez Quijano (b. 1985, Colombia) completed her studies in Advertising at the Universidad Pontificia Bolivariana in Medellín where she was born and currently still resides. In 2015 she received her master’s degree in fine art photography at Lens Escuela de Artes Visuales in Madrid, Spain. Her work has been internationally showcased in both solo and group exhibitions in Colombia, Spain, Portugal and Belgium, and has been recognized with various awards.