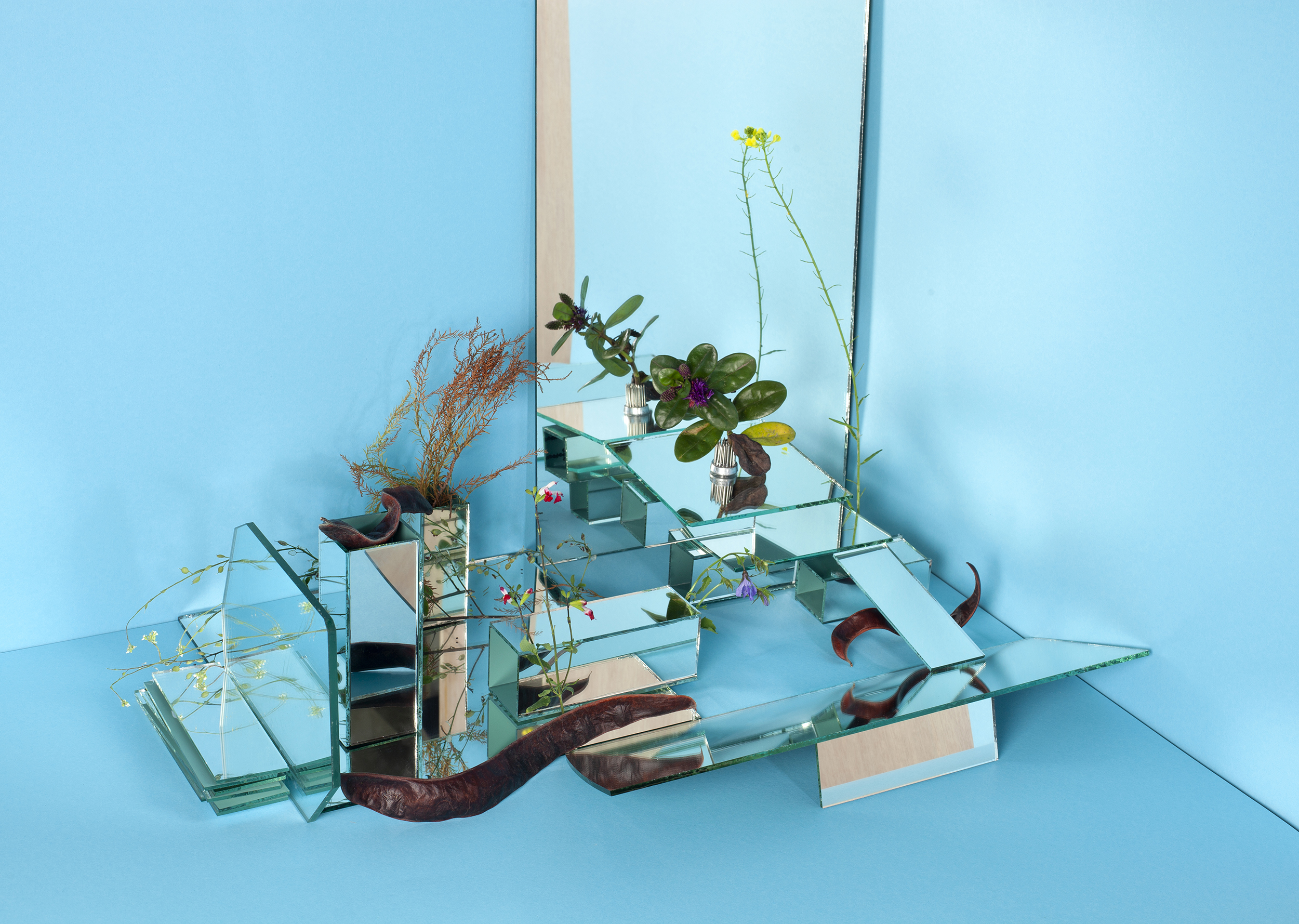 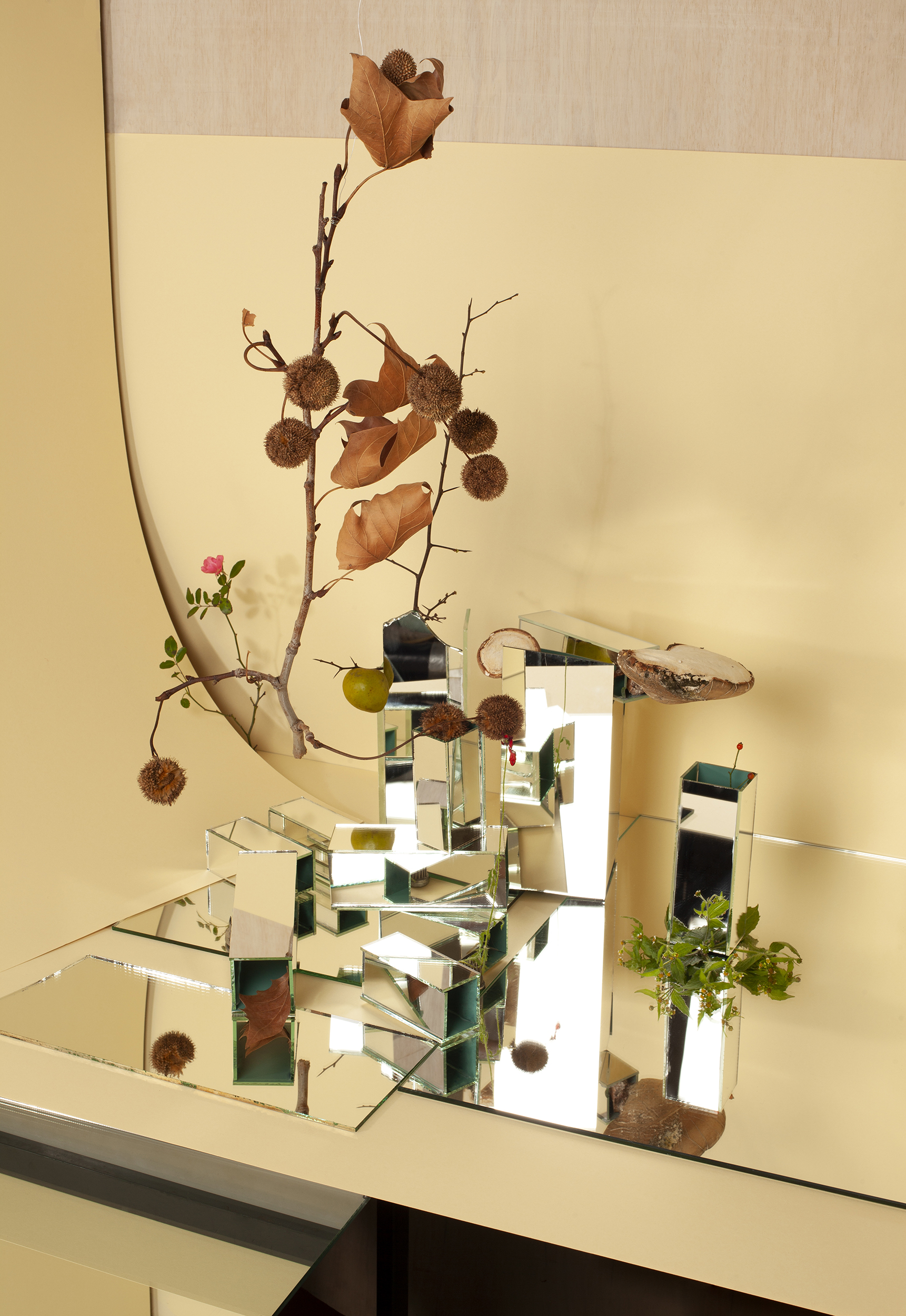 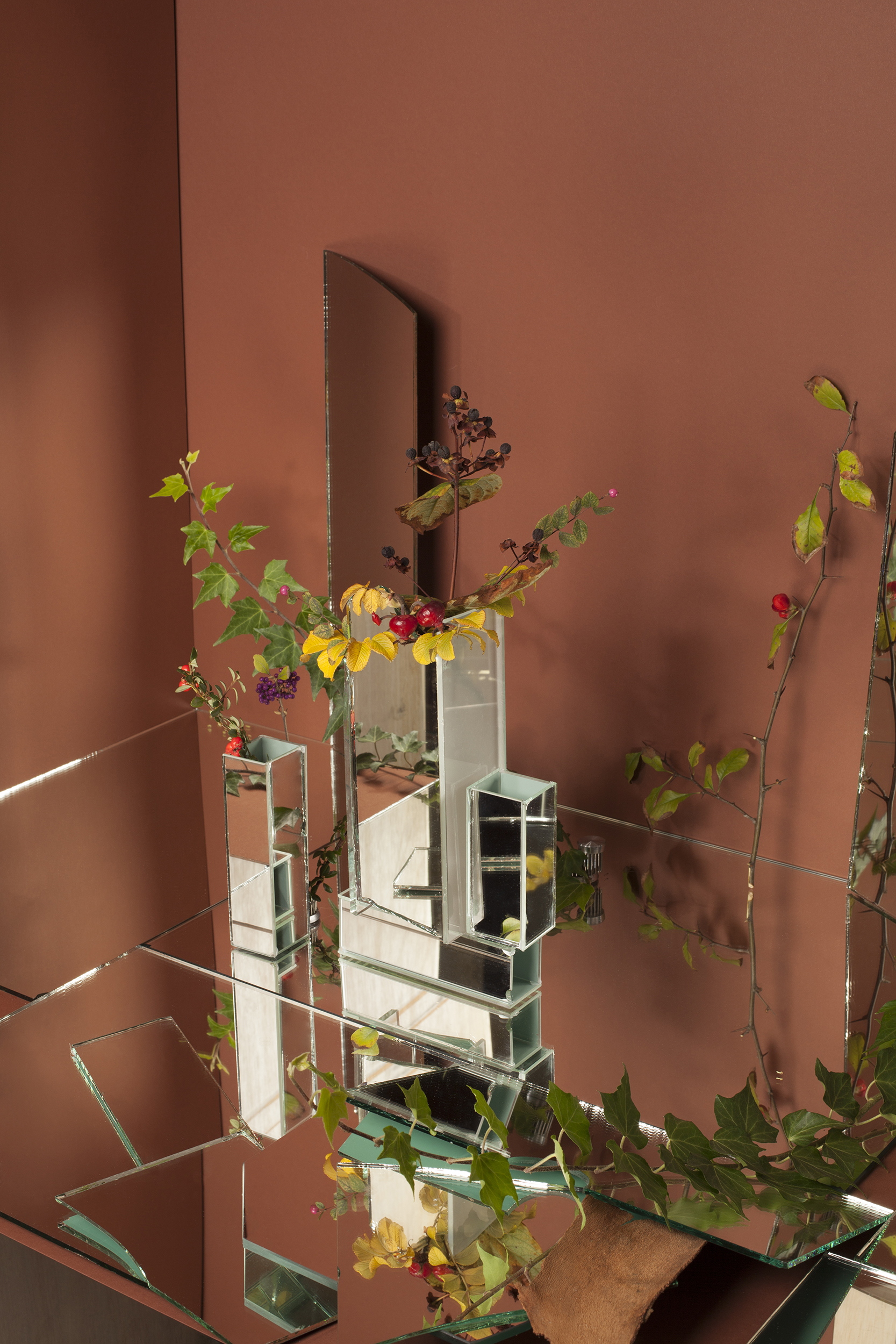 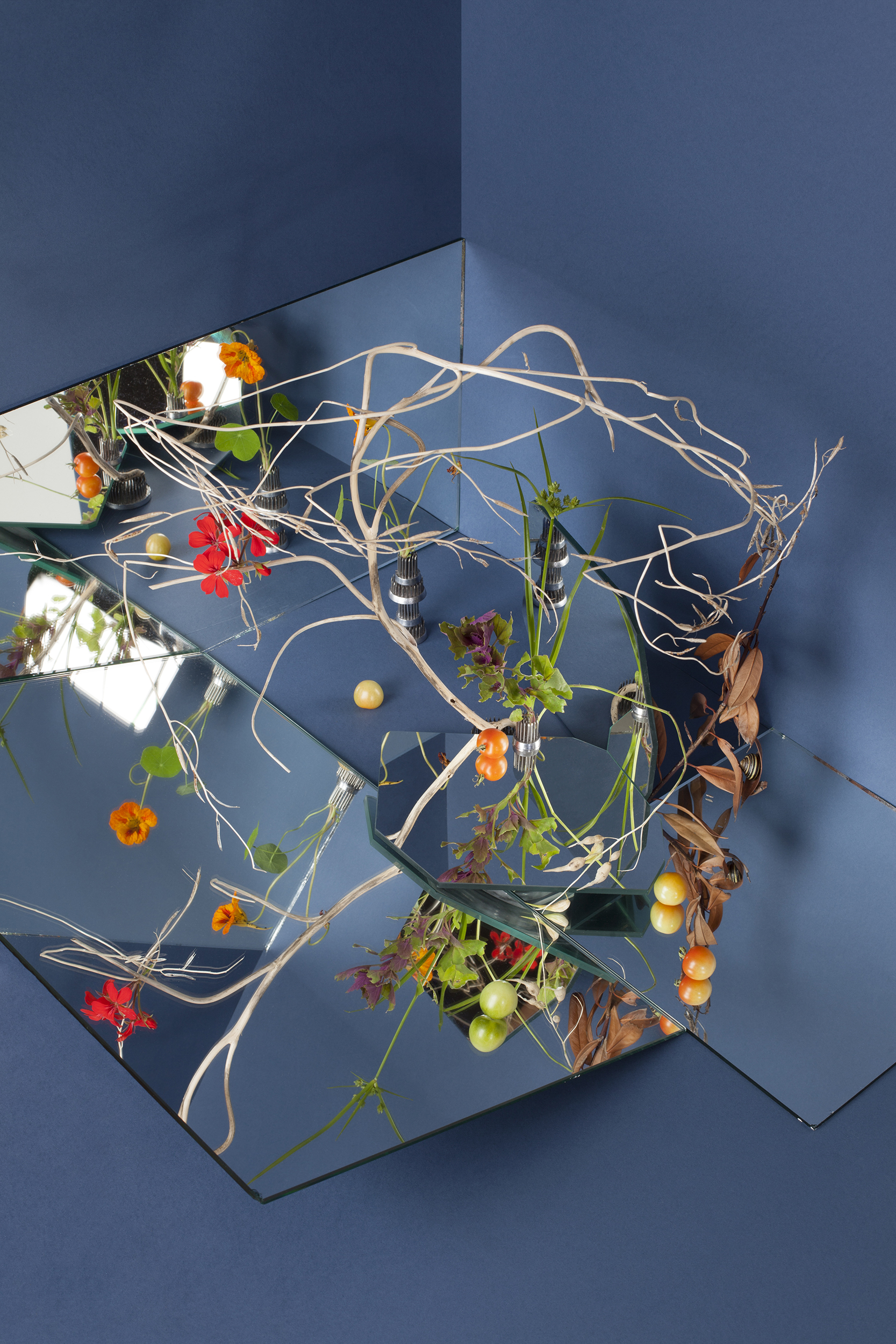 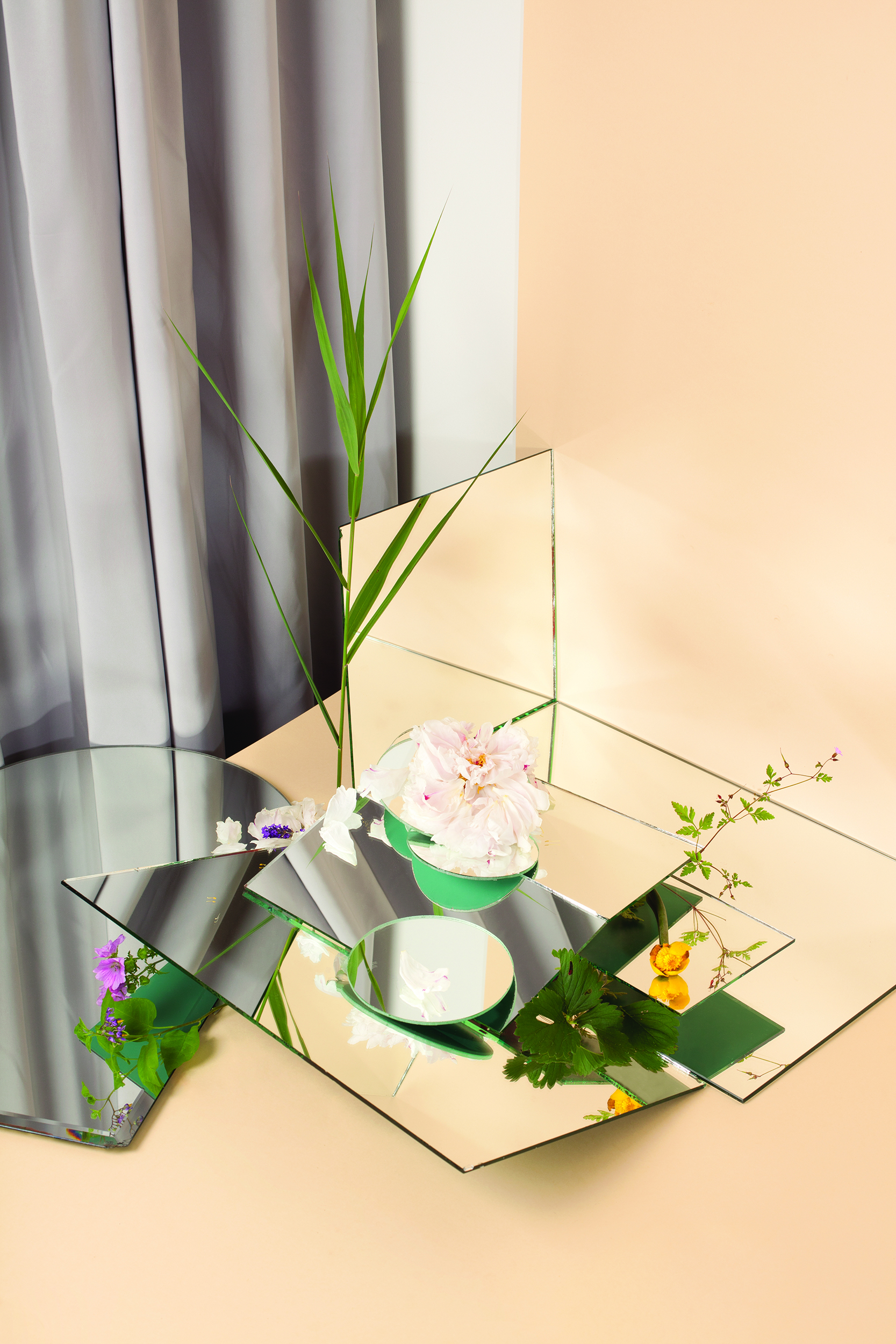 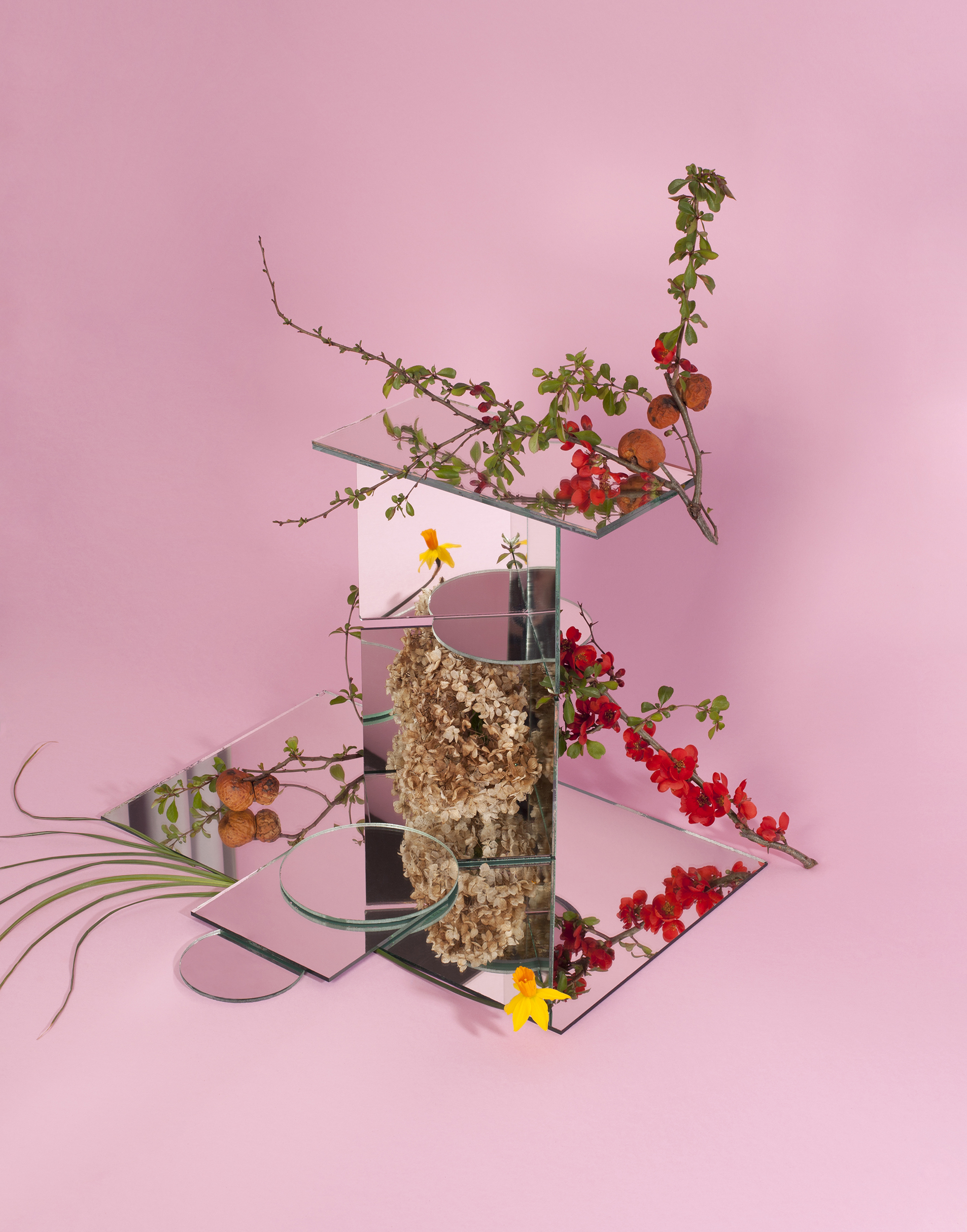 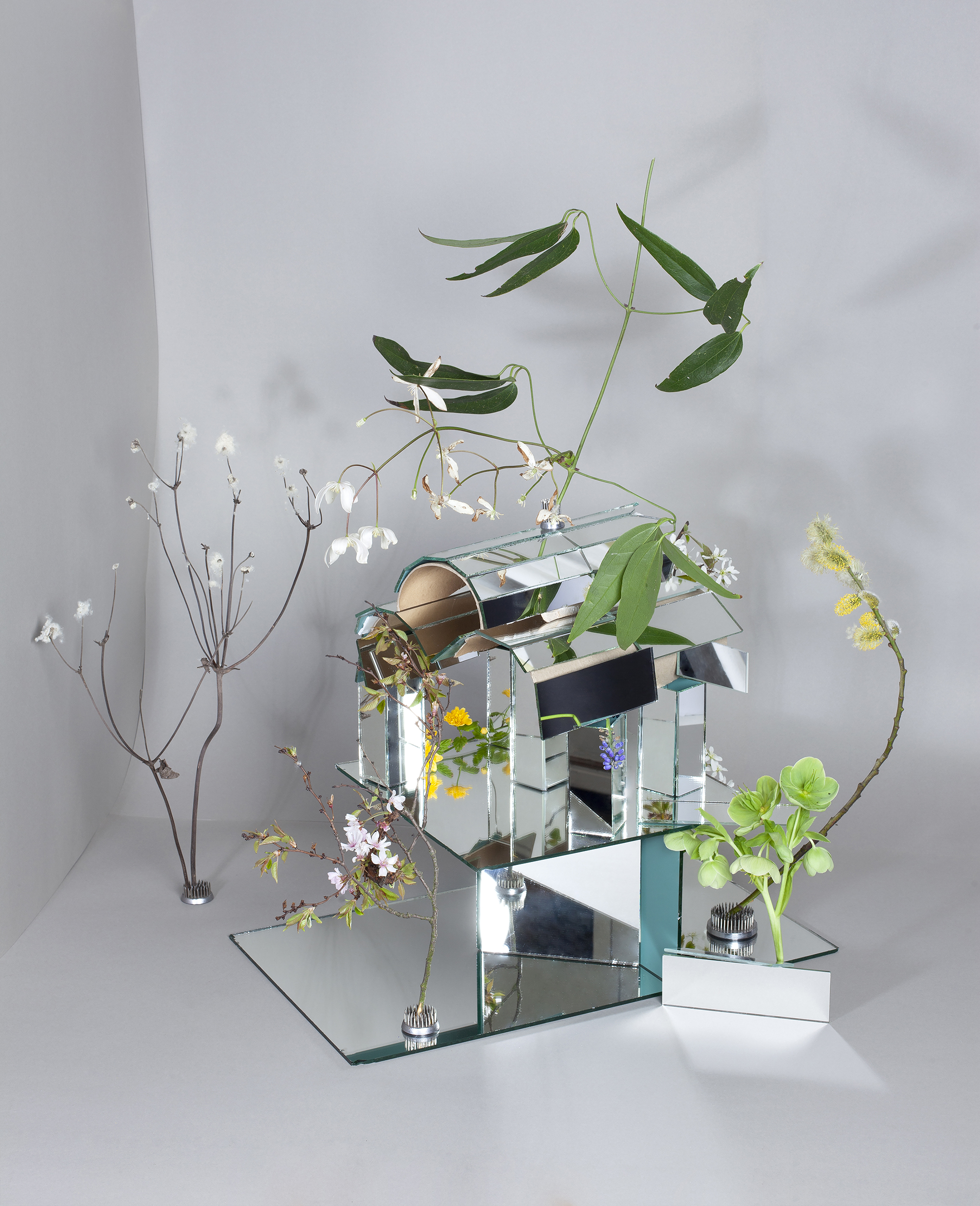 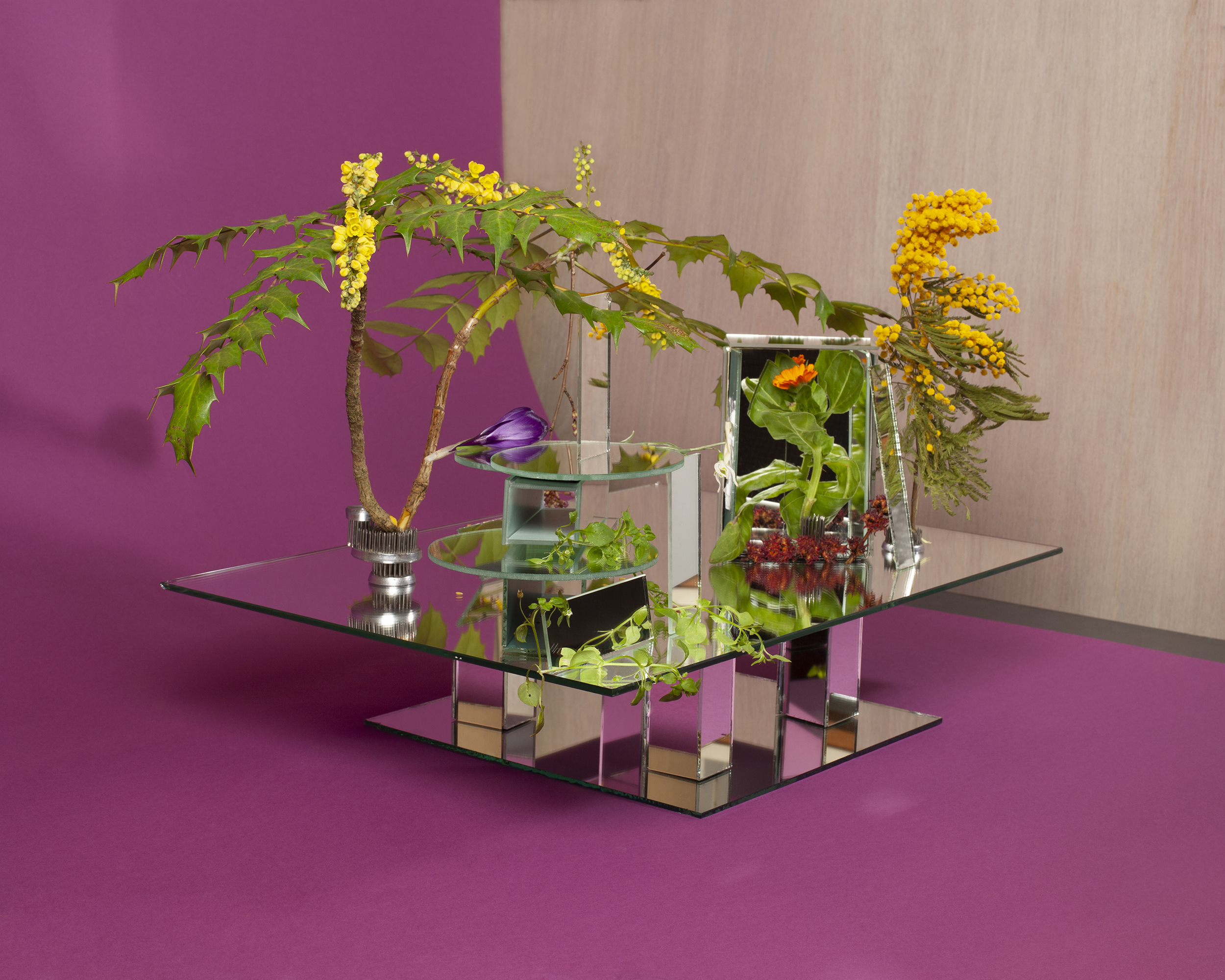 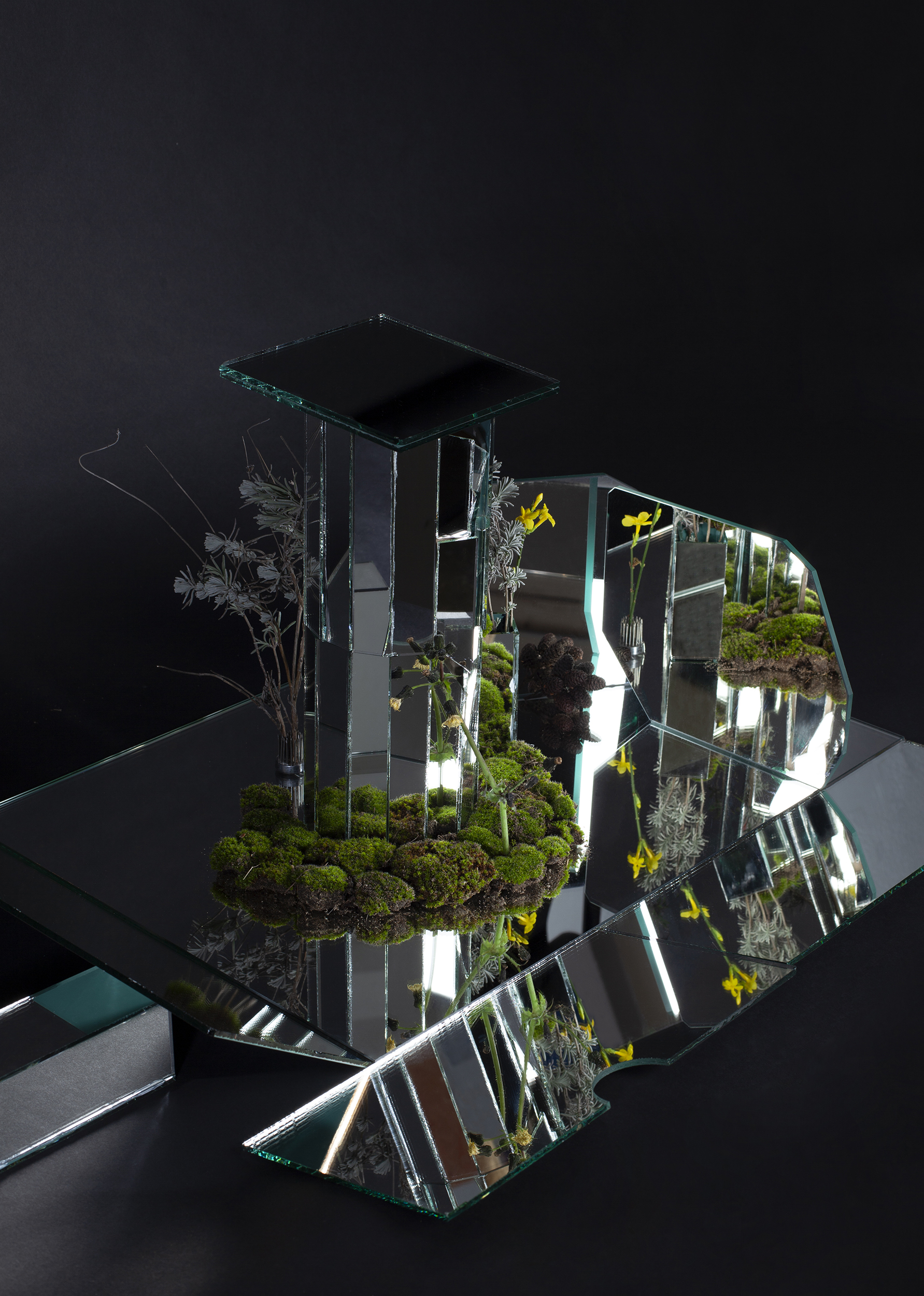 Hortus is initiated and created by Russian-Dutch artist Lilia Luganskaia (b. 1990), in the premises of her Amsterdam studio. The plants used for this installation/performance arrive from urban gardens in West Amsterdam. The project refers to the multifaceted roles of flowers, and it takes its inspiration from floriography: a cryptological communication through flowers and plants – a concept that originated in the Victorian era and eventually became common practice throughout Europe, Asia, and Africa.

In Hortus, Luganskaia also refers to Botany – one of the first University courses women were allowed to take in the 19th century. She purposely works with mirrors, emphasising the idea that a mirror allows slight distortions of reality. Her layered photographs resemble an optic maze, this way, she reveals how a common mirror can provide multiple visual possibilities and correspond to numerous meanings of objects.

– with this, Luganskaia aims to acknowledge not only the aesthetic side but also the socio-political role of plants in world’s history.